A Look At The First Tanzanian Electric Car, Created by a Cartoonist 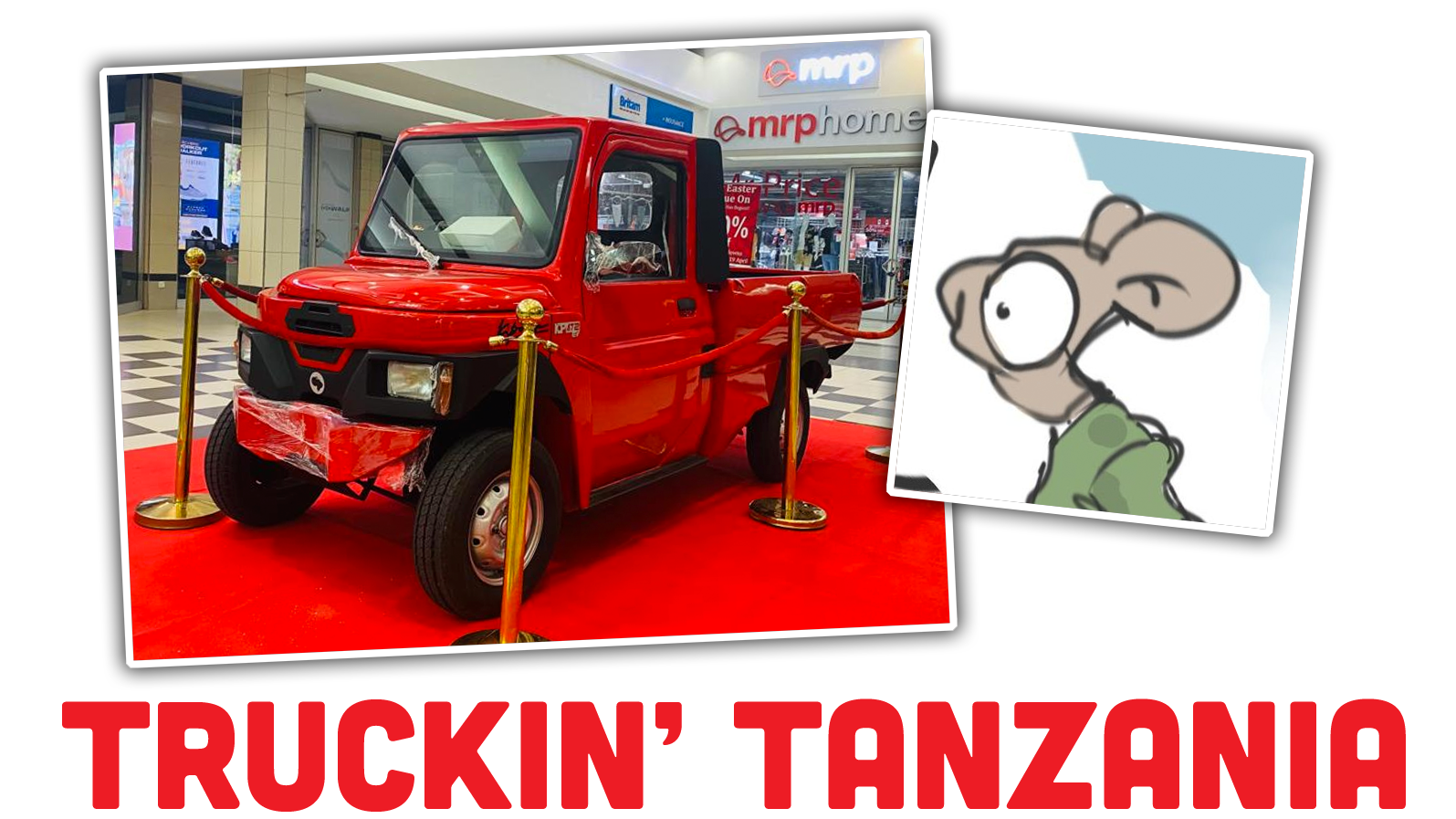 The list of car companies founded by cartoonists is pretty short, even if you count Ziggurat Industries, the company founded by Ziggy comic strip creator Tom Wilson that built a flat-16 monster of a supercar back in the 1970s. Most don’t count that one, because I just made it up. But I bet you could count Kaypee Motors, founded by Tanzanian cartoonist Masoud Kipanya. The company recently showed its first car, a small EV pickup truck.

Kipanya’s cartoons seem to revolve around a family of what I think are big-eyed mouse-people, and in recent tweets of these cartoons, it looks like Kipanya has been promoting the launch of Kaypee Motors, as you can see on the banner here:

The caption on that one translates to “first for what electricity,” but I think I’m too ignorant of the overall context to understand what’s going on.

What I can at least try to understand more is the truck itself, which seems to be called the KPA72. Here’s a video clip of it being unveiled to a crowd at the launch event:

Looking at it, it’s an interesting little EV truck, and, based on what little visual information I have to go on, I’d think that it’s likely built from parts from a Chinese small-EV supplier, much like the Pickman truck I reviewed for Jalopnik last year. 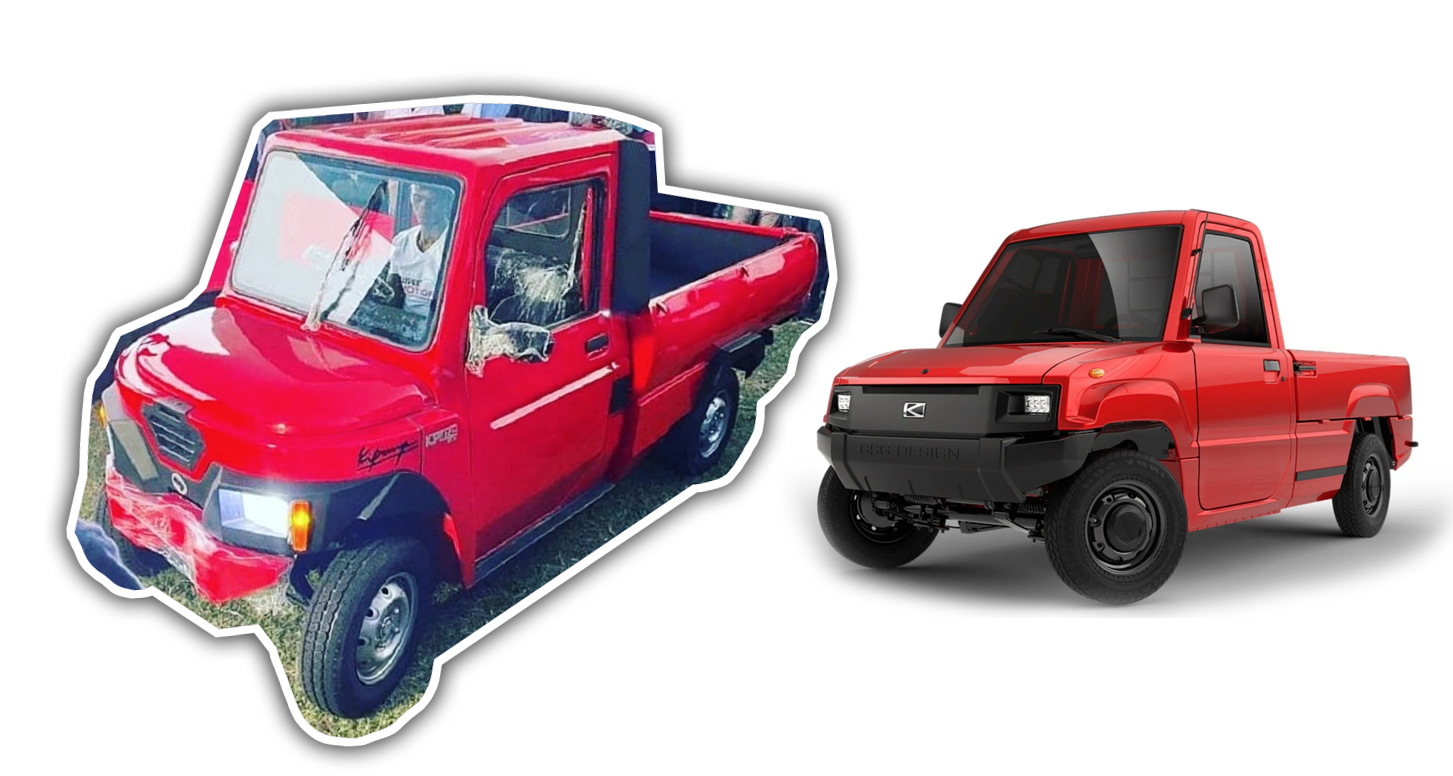 The proportions and general mechanical layout of the KPA72 are similar to the Pickman, which is built by the Chinese company Kaiyun Motors.

Like the Pickman, the KPA72 has a small front trunk, and appears to have a battery pack under the seat and part of the bed. The body panels are different, with some unique styling in the front especially, and I don’t necessarily think this is based on a Kaiyun product.

The bed certainly looks longer, for example, and the cab, while similarly upright in proportion, is made up of different stampings.

What this appears to be is possibly a truck based on components similar to the Pickman and many other small Chinese EV machines, cars that are a step or two up from my Changli, but still quite small by conventional car standards.

The only specs given were that it should have a range of about 30 to 40 miles on a full charge, which should only take about four hours of recharging time. If I had to guess, I’d think that this little brute had a five-ish horsepower electric motor mounted to a solid rear axle, and had simple but robust construction.

Kipanya said the truck took 11 months to conceive and build, which seems reasonable if the company was working with a supplier in China for components and having its own custom body panels designed and manufactured.

The goal is to sell the truck for the rough equivalent of $3,500 US dollars, which seems about the right cost for a small EV workhorse like this.

Honestly, this is a pretty smart vehicle for an East African country like Tanzania, which would have a large market for a very affordable, basic, yet rugged EV that needs to be able to haul things and be cheap to run more than it would ever need to go fast or be sleek. 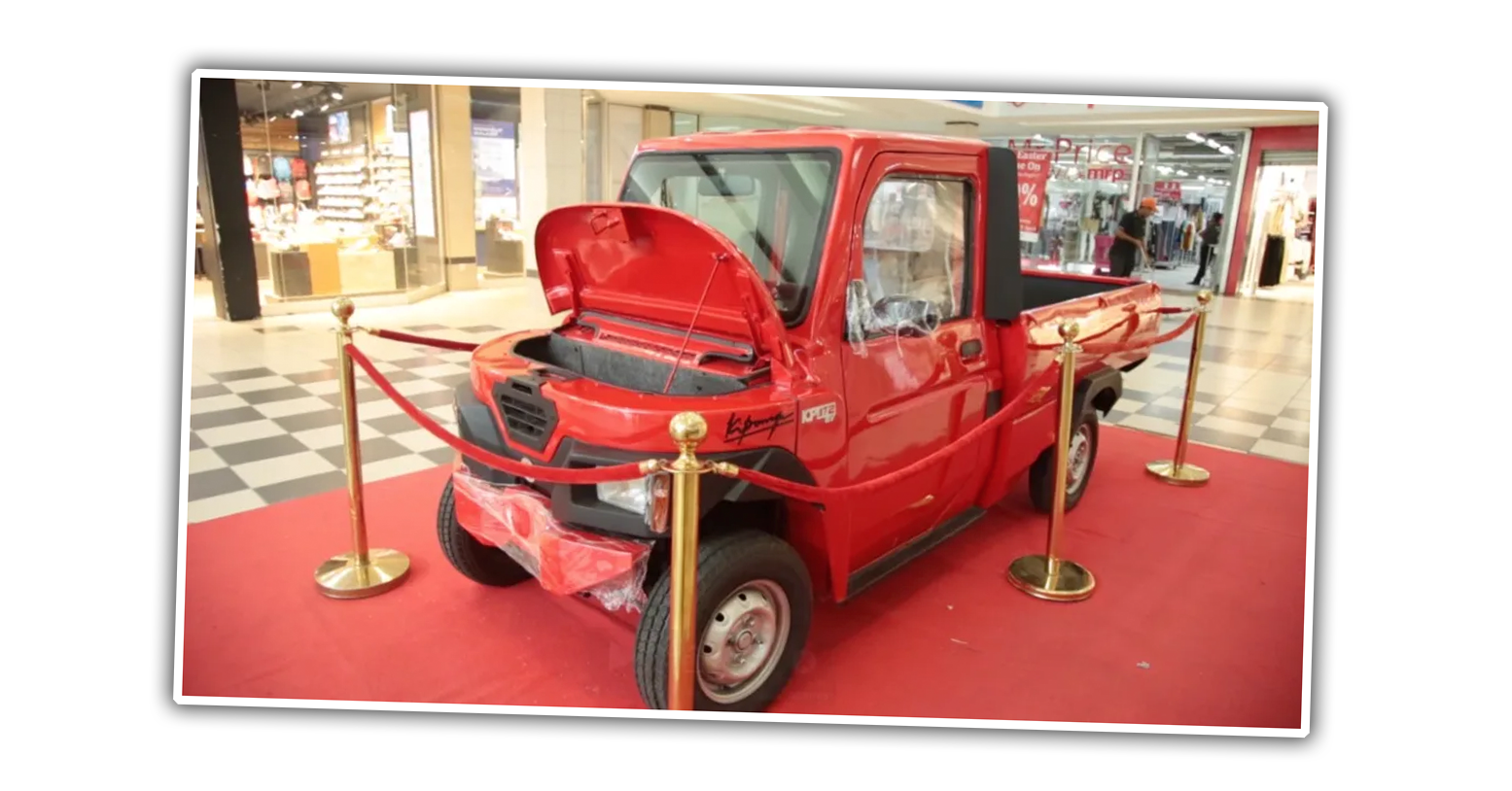 I have no idea how all of this may play out, but personally I think it’s a great plan, and I hope Kaypee Motors pulls off becoming Tanzania’s first local EV carmaker.

I'm a co-founder of the Autopian, the site you're on RIGHT NOW! I'm here to talk to you about taillights until you cry and beg me to stop, which I absolutely will not. Sorry. Hug? Also, David's friend.
Read All My Posts »
PrevPreviousHow To Fix The Base Ford Maverick’s Biggest Problem For $175
NextCold Start: There’s A Face In A Face In HereNext