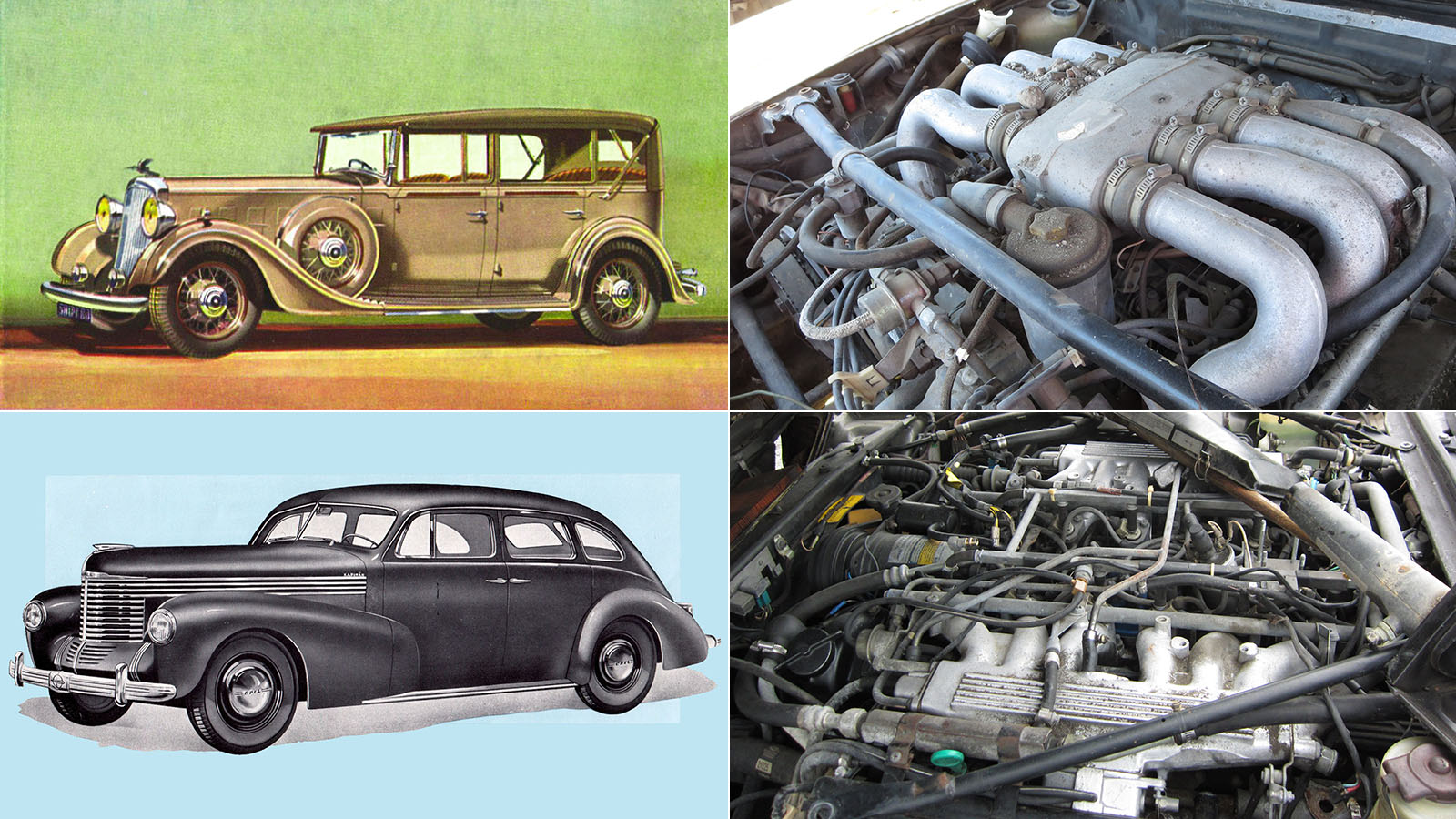 When the shooting stopped— or at least paused— after World War II ended, the automobile factories of every major car-building nation in the world had been converted to military production and/or bombed to rubble… with the exception of those in the United States. That meant that Americans could start buying shiny new ’46 and ’47 models (after a brief but maddening period of car shortage that had Americans desperate enough to buy such non-cars as the wretched Crosley), which meant that gearheadedly-inclined returning GIs could buy cheap hooptie prewar cars, drop hairy engines in them, and create the greatest automotive culture the world has ever seen. Over in Europe, though, potential hot-rodders were lucky to have any car; in Great Britain, the economy was so hammered that food rationing continued until 1954. Germany had been bombed to hell, then split into two countries.

But imagine an alternate version of the 1939-1980 period, not one in which the war ended differently but one in which the war never happened. A world in which Germany and Britain remained unbombed and prosperous, freeing their car freaks to do what they do best: stupid engine swaps into cheap 1930s cars! In such a world, the knacker’s yards and schrottplätze would have been packed with affordable project cars, each awaiting an ill-advised engine swap. With that in mind, you must choose between two prewar vehicles made by Stellantis precursors, each paired with a big 1970s engine from the appropriate nation. Here we go!

Humber Limited began building bicycles in 1887, eventually becoming part of the Rootes Group and then Chrysler Europe (providing our Stellantis connection). The Rootes Brothers began building Humber Snipe luxury sedans in 1930, with production continuing all the way through the 1967 Super Snipe. In our war-never-happened United Kingdom of the 1970s, a beat-up 1934 Snipe 80 Tourer would be readily available for conversion to an evil-looking fenderless street rod for a reasonable quantity of pounds and shillings (in our alternate history, the travesty of British currency decimalization would not have taken place, and we won’t even get started on the hateful metric system here). Once you’d sprayed it in primer, added a suicide knob to the steering wheel, and thrown on some Very Dangerous drag slicks, what engine would your Hot Rod Humber receive in place of its original 3.5-liter flathead straight-six mill?

You’ll want twelve cylinders, of course, and you’ll want a car that uses them all. That calls for a Jaguar V12!

A ’34 Snipe with exposed 326-cube Jaguar V12 and no mufflers whatsoever would look and sound ideal, especially after being equipped with a half-dozen of Skinner Union’s finest carburetors. You’d want the four-on-the-floor manual transmission from an E-Type, of course.

Opel is now part of the mighty Stellantis Empire, of course, and we all know the tremendous impact the Manta had upon German car culture. That means we have no choice but to choose a 1930s Opel for our Alternate History Hot Rod Dilemma, and the correct choice to pair with the swanky Snipe 80 must be a stately Kapitän. In an alternate-1970s Germany in which Kapitäns never were made to fight alongside Mercedes-Benzes at Stalingrad (and never served as the basis of the GAZ-M20 Pobeda), you might have been handed down your Großvater’s battered old 1938 Kapitän to play with. Clearly, the original 2.5-liter six had to go… but what powerplant should go in its place?

A 1970s German engine with great visual impact and plenty of horsepower? This situation calls for the 4.5-liter, overhead-cam V8 developed by Porsche for the 928. As an added bonus with our alternate history, Adolf Hitler ended his days as an obscure Vienna watercolorist shunned by his horrified neighbors for his extremist views, which means Ferdinand Porsche designed more and better cars instead of running slave-labor factories and doing time in a French prison, which would have resulted in an even better 928 engine! The “spider” fuel-injection manifold of a 928 V8 would look just right under the hood of a slammed, chopped, and channeled Kustom Kapitän.

But would the Kustom Kapitän be more fun than the V12 Snipe? You must decide.

Something something leaky quart oil cans.
Read All My Posts »
PrevPreviousI Work At The World’s Quirkiest Car Museum, And I’m Going To Spill All The Secrets Here
NextHere’s Why Some Honda Navigation Systems Are Permanently Stuck in 2002Next