I get that the whole point of most really expensive luxury cars is to be incredibly comfortable, and to make the owners feel like they’re, you know, worth it, somehow. Bentley seems to have done a lot of research and realized that the best way to take money from rich people is to really go all the fuck in on the concept of making people sultan-levels of comfortable by throwing every bit of expensive materials at them and cramming as much technology into a car to absolutely banish all of the noisy chaos of the world and replace it with a soothing, fancy-smelling womb and then using terms like “Wellbeing Behind The Wheel” to give it that special Goop.com cachet until we’re all jamming jade eggs up our hoo-has. Bentley is calling this new focus its “Azure Range,” so let’s see if we can figure out what the hell they’re going on about.

Bentley released a video about the new range, calling it “the launch of a new focus for Bentley Motors” and introduces it as the concept of “automotive wellness.”

If you haven’t strained your eye muscles too badly from all the rolling, you may want to direct them forward again (if you need to use your fingers to do so, please wash them first, we understand wellness here, too) and you can watch this entire, almost bearable 14-minute video about what Bentley is doing:

Damn. That’s a hell of a lot of effort to say “our cars are full of things that cost a lot of money, and you can feel that when you’re inside one.” In case you didn’t watch the video because you’re sensitive to rich people nonsense, what’s happening here is that Bentley is describing a whole new trim level for its cars, called the “Azure Range” (sharing a name with Bentley’s 1995 convertible, it seems), and this range is all about these annoyingly indulgent ideas of “wellness” and luxury somehow re-defined to feel not so much decadent as somehow good for you, physically and spiritually. It feels a bit like, oh, marketing bullshit.

I suppose it is more than that, really, but fundamentally all of this is just in service of making a comfortable car, only now the very concept of what Bentley considers acceptable comfort has been aggrandized to the point of absurdity, so much so that they have engaged the services of a scientist named Katherine Templar Lewis who is a pioneer in the quite new discipline of neuroesthetics, which is the science of how our brains appreciate art and other aesthetic concepts.

I’m not qualified to shit upon or support this discipline, though I know that humans respond to all sorts of art in extremely varied and significant ways, and I know that cars are fundamentally irrational things and always have been, so all of this rhetorical gilding and explanation for just making a really opulent car shouldn’t surprise me.

It still all feels pretty ridiculous, though.

So, what exactly is Bentley doing in these cars to make them so full of wellness or whatever?

Some of it is pretty basic: very adjustable front seats with heating and cooling and massage features, stuff that’s been around a while. There’s also a lot of refinement of NVH (noise, vibration, and harshness) that Bentley quantifies like this:

For example, the two most crucial influences over onboard relaxation are ride comfort and NVH – Noise, Vibration and Harshness. Research that tracked thousands of people over a four year period found that those exposed to traffic noise over 70 decibels (db) were 65% more at risk of depression. Taking the Bentayga EWB as an example, as the lead car for the Azure family, measurements shot it to be quieter inside than its competitors, by between 4% and 26% depending on frequency and position inside the car. Secondary ride comfort is another key variable that affects onboard wellbeing – the smoother the ride, the more calming the journey. At typical road speeds and in the crucial frequency range of 5 Hz to 20 Hz, the Bentayga EWB has up 27% lower secondary ride vibration than its competitors.

Bentleys have been extremely quiet, comfortable cars for a long time, so these improvements would have to be very granular, and by comparison a ride in any of my shitboxes would seem like being in a shipping container full of live fireworks to a Bentley driver. 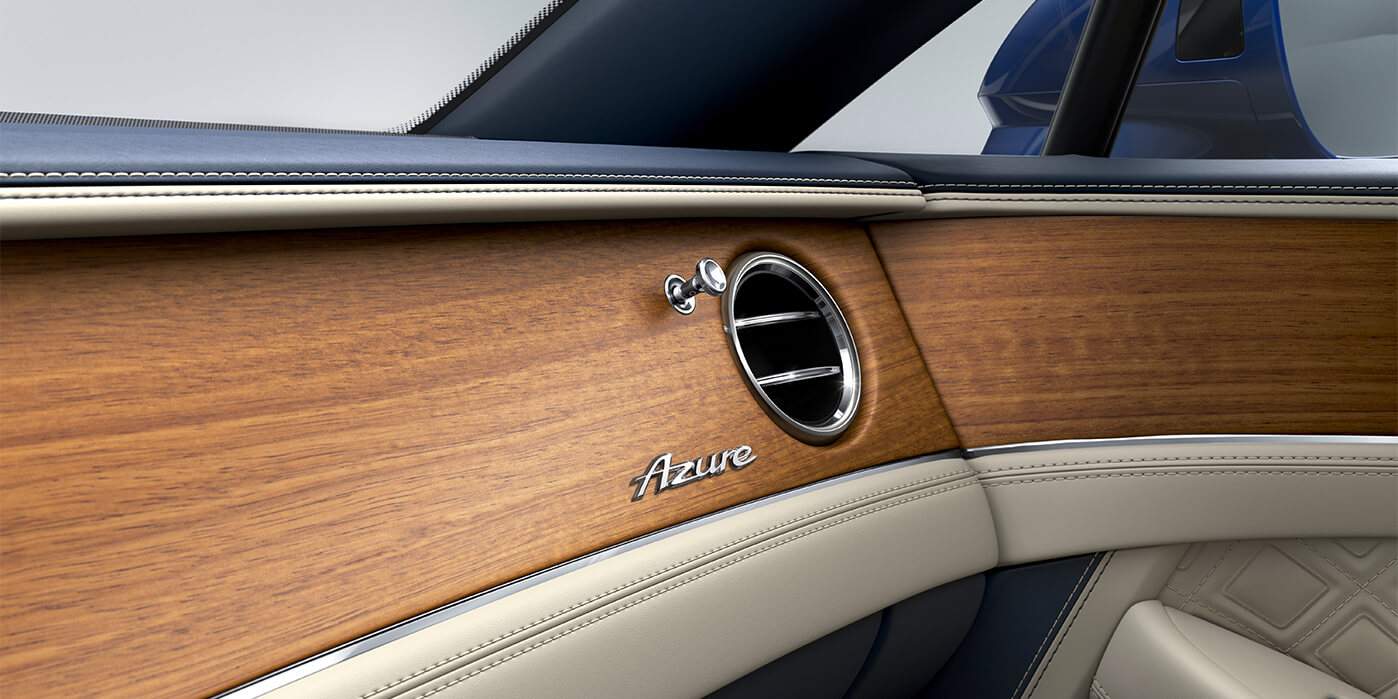 Also, for that study about traffic noise and depression, it seems to be the same one mentioned in this Daily Mail article, and a quote from the study is “This study provides new evidence of an association between high road traffic noise exposure and depressed mood.”

I wonder if perhaps it could also be that people who live next to roads with a lot of traffic noise tend to be there because those areas are more affordable, and there could be socio-economic factors at play here as well? Factors that I’m guessing your average Bentley buyer doesn’t have to deal with. 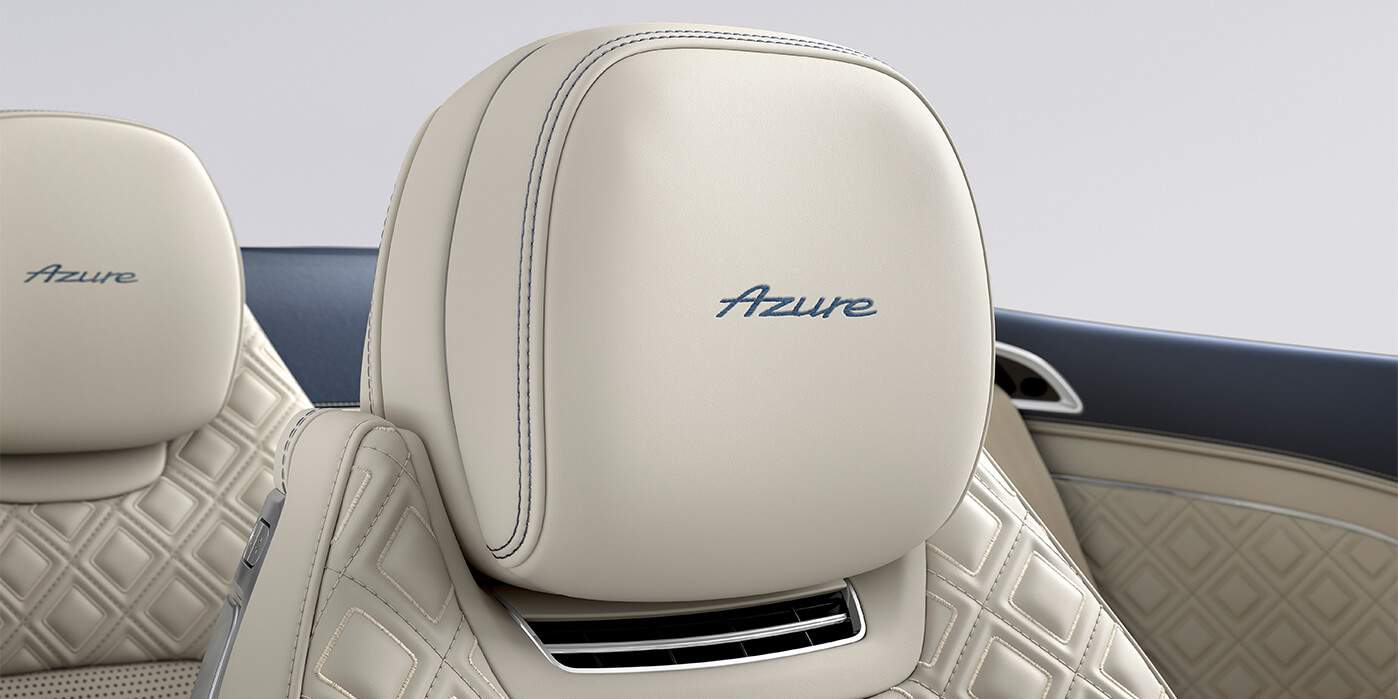 Interior materials are, of course, a very big deal for luxury cars, but Bentley seems to be taking things to new, more bonkers levels (emphasis mine):

“To create the Azure range, we consulted with neuroscientists to understand the interrelationship of colour, texture, tactility and even scent to create an atmosphere of relaxed serenity. When we see pleasing forms, shapes and colours our brains release chemicals such as dopamine that not only make us feel good but are good for our body and sense of wellbeing. Sensory receptors convert physical stimuli in neural activity, creating changes in our brain and nervous system. Every fabric, sound, motion, colour and touch continuously impacts our nervous system and the Azure cabin has been finessed accordingly.”

To that end, the Azure interior design specification includes ‘wellness quilting’; the fractal patterns of precisely crafted diamond quilted upholstery create an eye-pleasing interplay of light and shade and provide an irresistible invitation to explore them with one’s fingertips.” 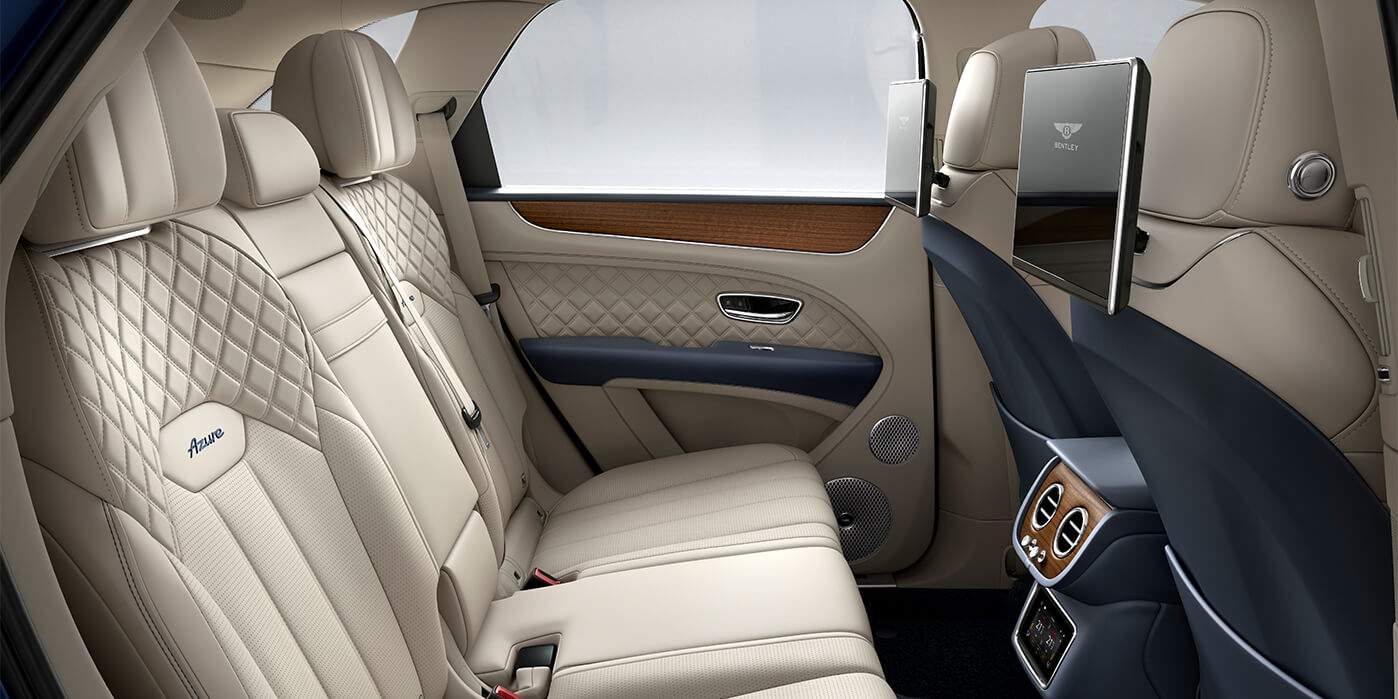 I mean, sure that’s a lovely interior with a quilted pattern, but is that really “fractal patterns of precisely crafted diamond quilted upholstery,” or is it just quilted upholstery like the kind that’s been on cars for decades and decades?

I mean, if you really need the fractal patterns of precisely crafted diamond quilting, Walmart can hook you up for $25:

Plus, these seat covers have Swarovski crystals, so, you know, beat that with your “wellness,” Bentley.

A bit more on the hard-science side of things is the Bentley Dynamic ride, an anti-roll control system that uses the 48V electrical system developed by the VW Group. The basic system has been in use in Audis, and the operation of which can be seen in this animation, accompanied by appropriately soothing music:

It’s a system that can couple or decouple anti-roll bars as needed to provide for the smoothest possible ride, and can use electric actuators to provide over 900 foot-pounds of ant-roll torque to maintain the body at a level and flat attitude. It’s an impressive system and there’s no doubt it helps with comfort.

There’s also no question that these Bentleys are incredibly nice and well-built and very likely arms-of-a-lover-grade comfortable. I believe all of that. 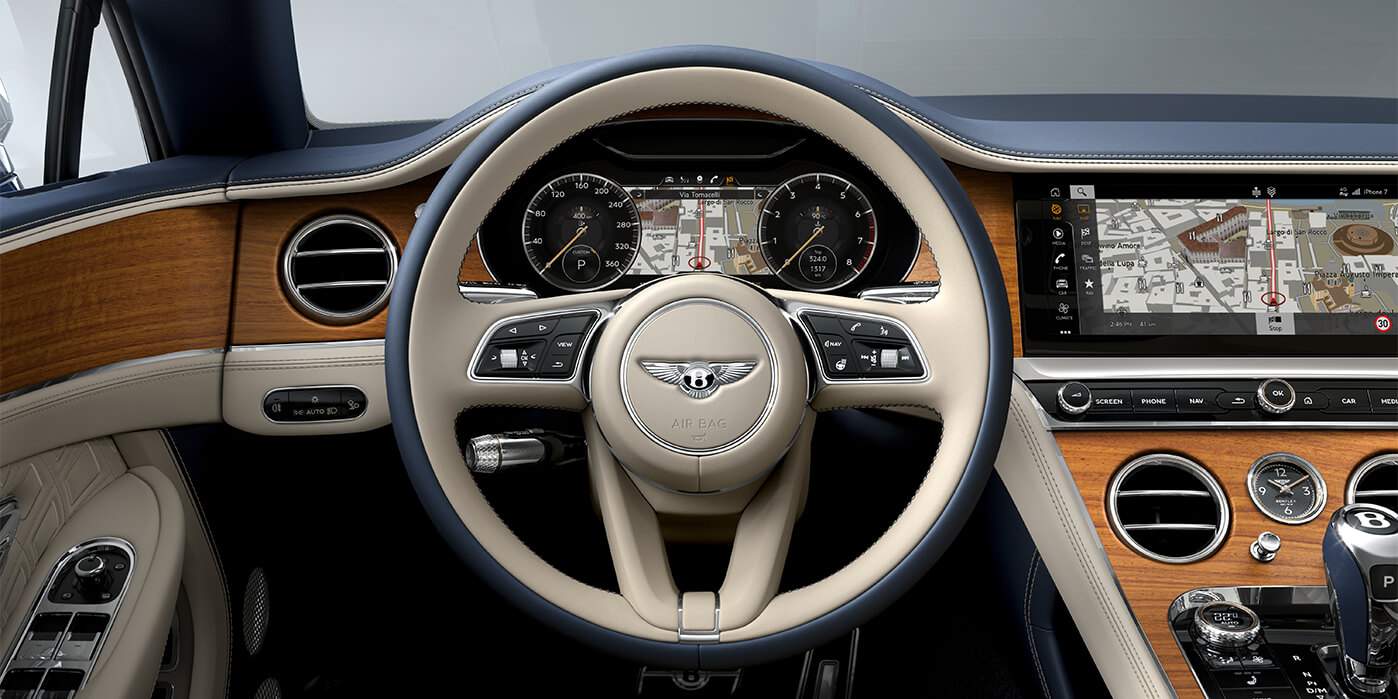 But I also can’t help feeling that this incredibly overdone and self-serious approach to automotive comfort, replete with the sorts of buzzwords and vague concepts you’d hear outside of a yoga studio that you’d probably be asked to leave if you wandered in, all feel infantilizing and just, I don’t know, too damn much.

It’s an expensive car. It’s all about too damn much, all of the time, and I get that. I’m sure there’s plenty of rich people who want precisely all of this shit, and I hope Bentley can take all of their money and everyone is happy.

And, really, it’s kind of win-win, because if this is the direction Bentley is going, I don’t feel even the slightest particle of remorse that, outside of severe sewage-flood damage, I’ll never own one, never be cosseted in a cocoon of Wellness Quilting and active suspension and the most finger-pad-pleasing of porous woods.

I'm a co-founder of the Autopian, the site you're on RIGHT NOW! I'm here to talk to you about taillights until you cry and beg me to stop, which I absolutely will not. Sorry. Hug? Also, David's friend.
Read All My Posts »
PrevPreviousCanada Is Tired Of Daytime Running Lights Confusing People Into Driving Without Taillights. These Neat New Switches Are The Solution
NextCold Start: Correct IntensityNext