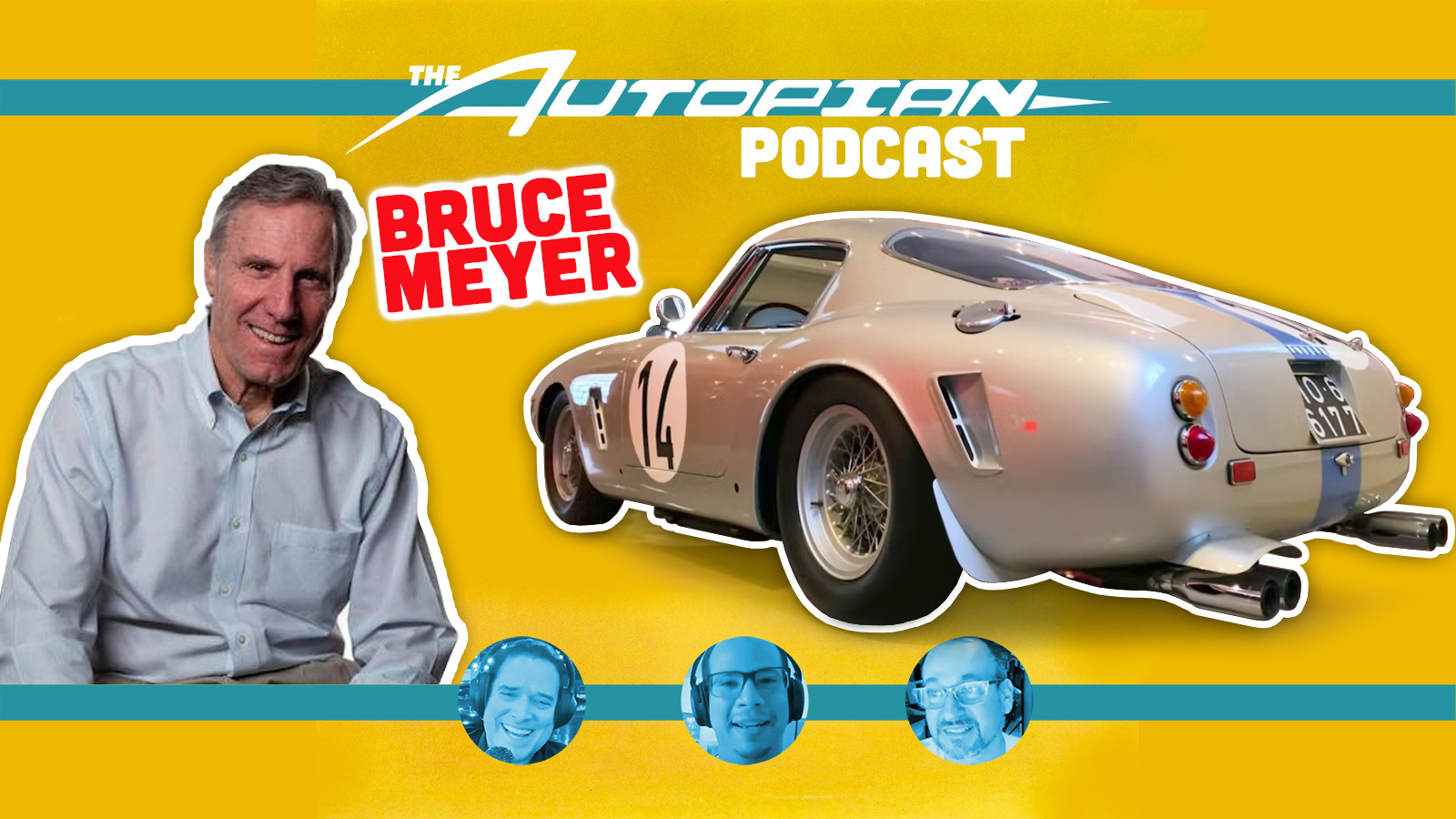 Bruce Meyer is, especially on the west coast, known as ‘The Car Guy’s Car Guy.” It’s not just about his collection of priceless cars, it’s not just about the fact that he drives those cars on the streets, and it’s not just the car shows he helps organize — Bruce’s devotion to car culture is much more extensive, more complex, and has been ongoing for over five decades. The stories that have come out of this mission are, at least to a car nut like me, fascinating.

The Autopian Podcast‘s 24th episode digs into the car culture of one of the most automotive cities on earth: Los Angeles. Beau Boeckmann, Jason Torchinsky, and I begin by discussing our weird car-filled booth at the LA Auto Show, the literal wheelbarrow of shrimp we offered at our reader meetup, and the amazing people we met at the convention center. One person, a doctor, told Jason and me that she reads all of our work despite not being a car person at all! That meant a lot to us, especially given her obvious brainpower being used to read words by two, let’s be honest, dipshits. One gentleman stopped by and gave me a copy of The Men And The Machine — a great history of Ford Motor Company that I should know before working on the Galpin Ford campus — as well as some old news articles about cool car stuff that he’d remembered. Point is: You readers rule.

Our discussion then pivots over to my Nash Metropolitan, how much it meant to its previous owner, and how that makes me more of a custodian of this car than anything. Beau mentioned that his dad began selling Nashes back in the day before The Big Three started discounting cars, sending Nash spiraling. Apparently Beau’s dad, Bert, kept going back to his old Nash gig to help out, because he felt bad that they weren’t doing so well.

Jason and Beau establish a new word — “grin” — which means “a group of microcars,” at which point the three of us geek out about what some of us considered Best In Show at LA: The Taylor Dunn. Yes, we saw these at the show being put to use, and, as Jason wanted to make clear, they’re actually pretty great and most people completely ignored them. Behold:

Then there was some discussion about the amazing low-riders at the auto show (we’ll have a video and blog on that next week), and about how “Cruising” was apparently made illegal in parts of LA. Apparently it caused congestion? Anyway, let’s bring it back, we all agreed.

But the real joy of this podcast was chatting with the ultimate car guy: Bruce Meyer:

A lot of people know about Bruce because of his incredible car collection (though he prefers not to call himself a collector; he’s an enthusiast who actually goes out and drives his machines), so let’s get that out of the way, because it’s impressive!:

Bruce, who did well for himself in the real estate world, was a force behind the creation of the legendary Petersen Automotive Museum; he’s the main reason why the Pebble Beach Concours d’Elegance now features a hot rod class; he organizes car shows around LA; and just generally, he champions car culture pretty much always. “I love meeting car people. It eclipses politics — everything… I just makes for a fun conversation and a lot of passion,” he says.

He told us stories about driving 1986 Indy 500 winner and team owner Bobby Rahal’s son Graham (a current Indycar driver) to Graham’s wedding in a 1929 Bentley; he offered amazing stories about NHRA drag race-legend Don Prudhomme; he talked about going 200 mph at Bonneville; he told us why you should “never buy a car at night, and never buy a car in the rain, ” mentioning a time he foolishly bought a 1933 Pierce-Arrow in those conditions; he told us that he dailies a 1995 Chevy Suburban (GMT-400-series FTW!); and he told us about his Tesla Model 3. “I hate the fact that I love it so much,” he admitted.

To listen to the podcasts episodes you can go to Apple Podcasts, Spotify, Google Podcasts, or you can use the RSS feed and point your favorite Podcast player at it.

Rust-loving Jeep man, cofounder and EIC of The Autopian, Jason's friend. Email: david@autopian.com
Read All My Posts »
PrevPreviousCitroën DS Safari Wagon, Ford Cortina GT, Maserati 3500GT: Mercedes’ Marketplace Madness
NextAutomotive Would You Rather: Rent Your Mouth To The Internet Or Teleport Your Urine?Next