At this very moment, there’s really only two EV passenger-carrying vans I can think of, and they’re both quite cool looking, though their inspirations and aesthetics are coming from opposite ends of the spectrum. The first one is the Volkswagen ID. Buzz, which I’ve written about before, and the other is the Zeekr 009, which was just officially released today. Where the ID.Buzz bases its look and character on a design from half a century ago and leverages all of the associated cultural and emotional impact of that original Microbus, the Zeekr 009 manages to have a really fresh, modern, sleek look that does not feel particularly derivative of anything I can think of. I like what I’m seeing. 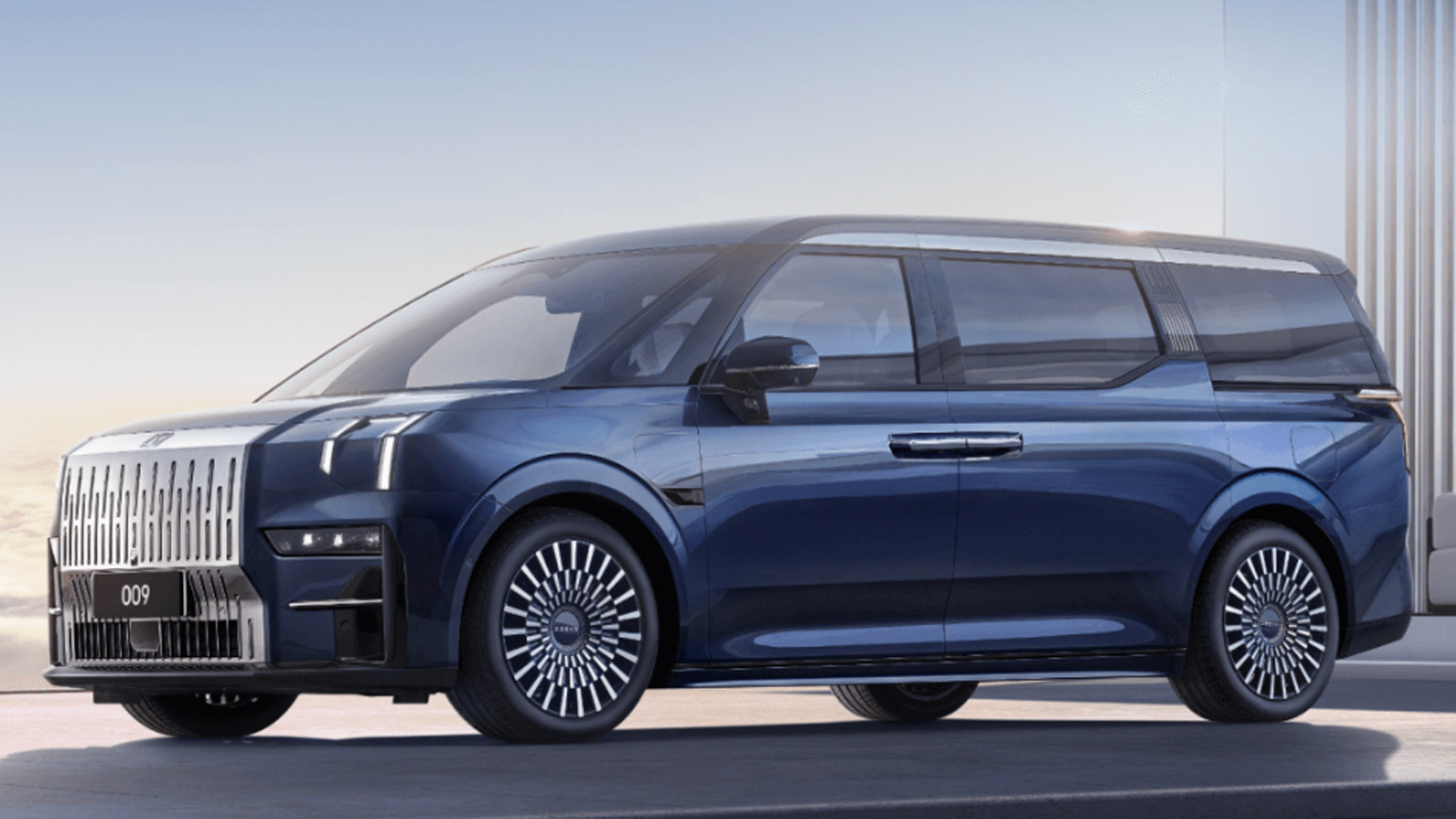 Zeekr is part of Geely, which also owns Volvo and Polestar and Lotus, among other brands, which is also why you shouldn’t be surprised to learn that the design was done at least in part in Volvo’s hometown of Gothenburg, Sweden, and that the 009 shares Geely’s Sustainable Experience Architecture (SEA) with the yet-to-be-released Polestar 5. 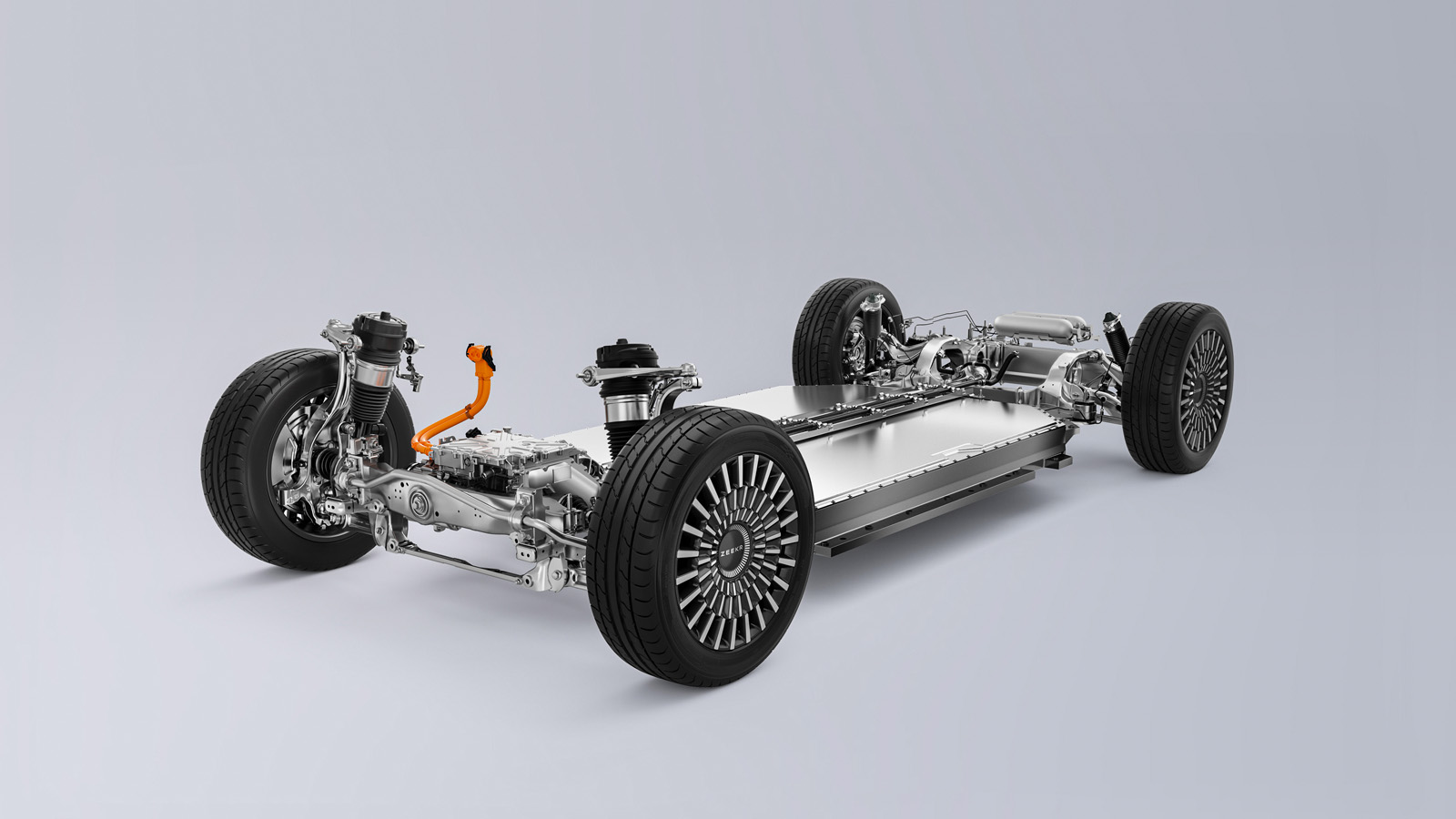 Specs-wise, it seems the 009 is likely to have options for a single 272 horsepower motor or a twin-motor setup with about 536 hp, good enough to get this big, luxurious box from 0 to 62 mph in 4.5 seconds, which feels like that should be plenty fast for a room that seats six. 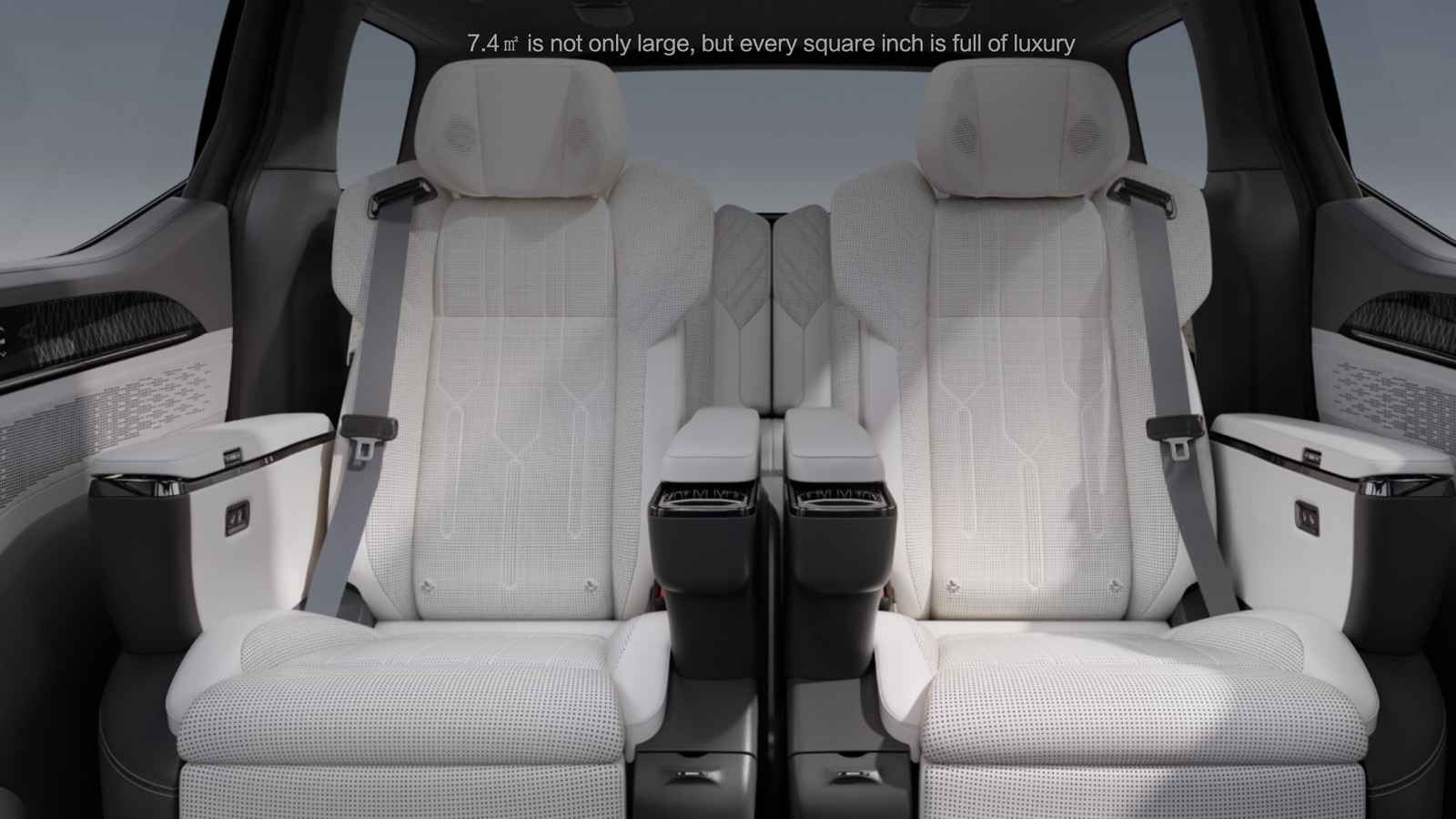 The range is expected to be around 510 miles with a 140 kWh battery, which seems quite good. The battery is what’s known as a “cell-to-pack” design that eliminates modules of cells, instead placing the cells themselves directly into the pack, improving energy density by weight and eliminated some parts and complexity from the battery pack. This may come at the expense of serviceability, since it does effectively make the battery a monolithic unit.

The 009 also has adjustable air suspension and I suspect a lot of effort has been put into making this extremely comfortable to drive in, since it’s targeted at luxury and VIP clientele. You know, people who don’t like garbage. 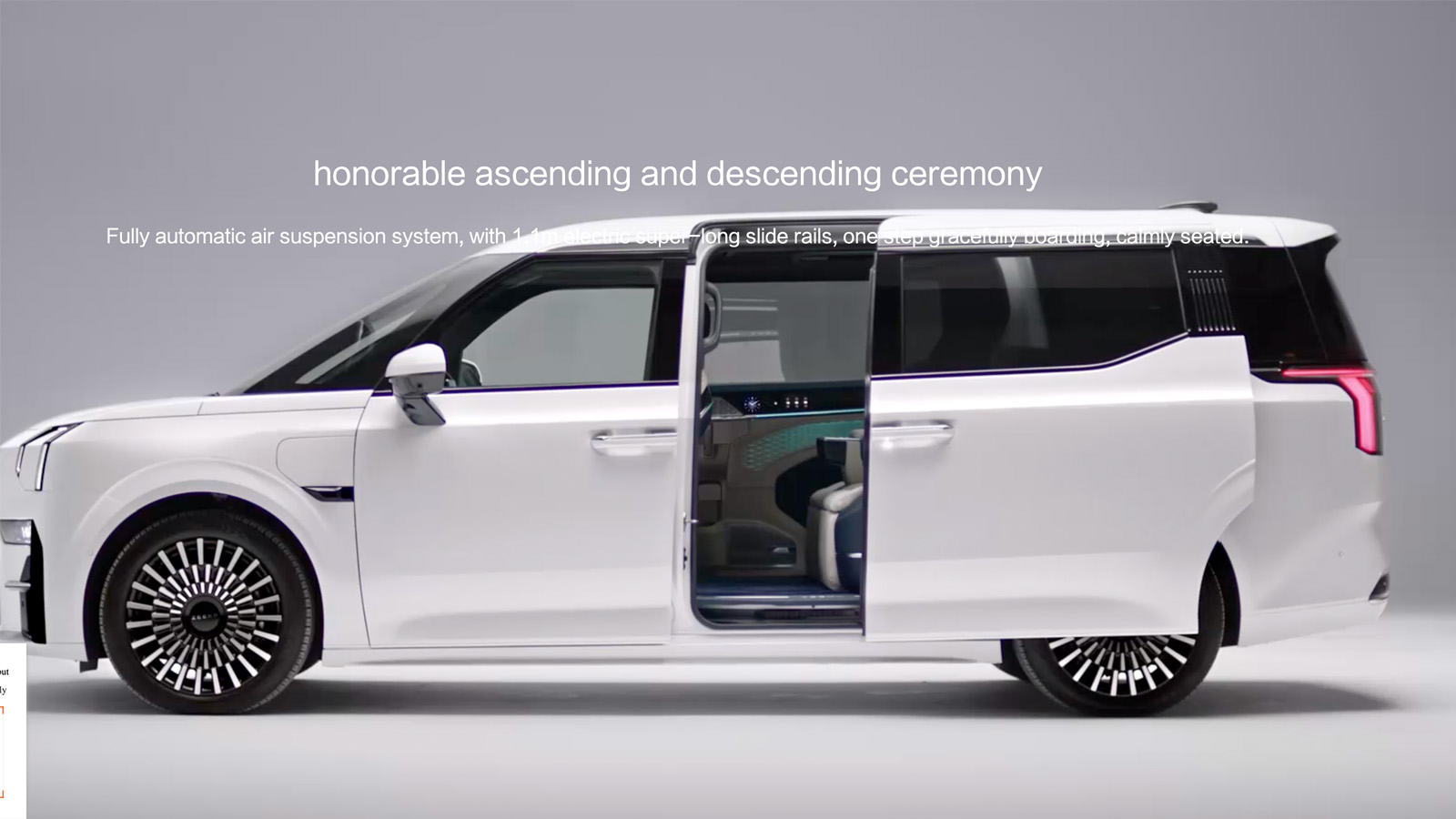 Plus, it seems the van lowers itself to facilitate entry and exit, which gets machine-translated hilariously as “honorable ascending and descending ceremony.”

I think what’s most striking about the 009, though, is the exterior design, especially in the context of a minivan. I don’t think this is ever intended to come to America, with its absurd stigma against minivans, and that’s a shame, because I think something like this could do a lot to rehabilitate the minivan’s image. 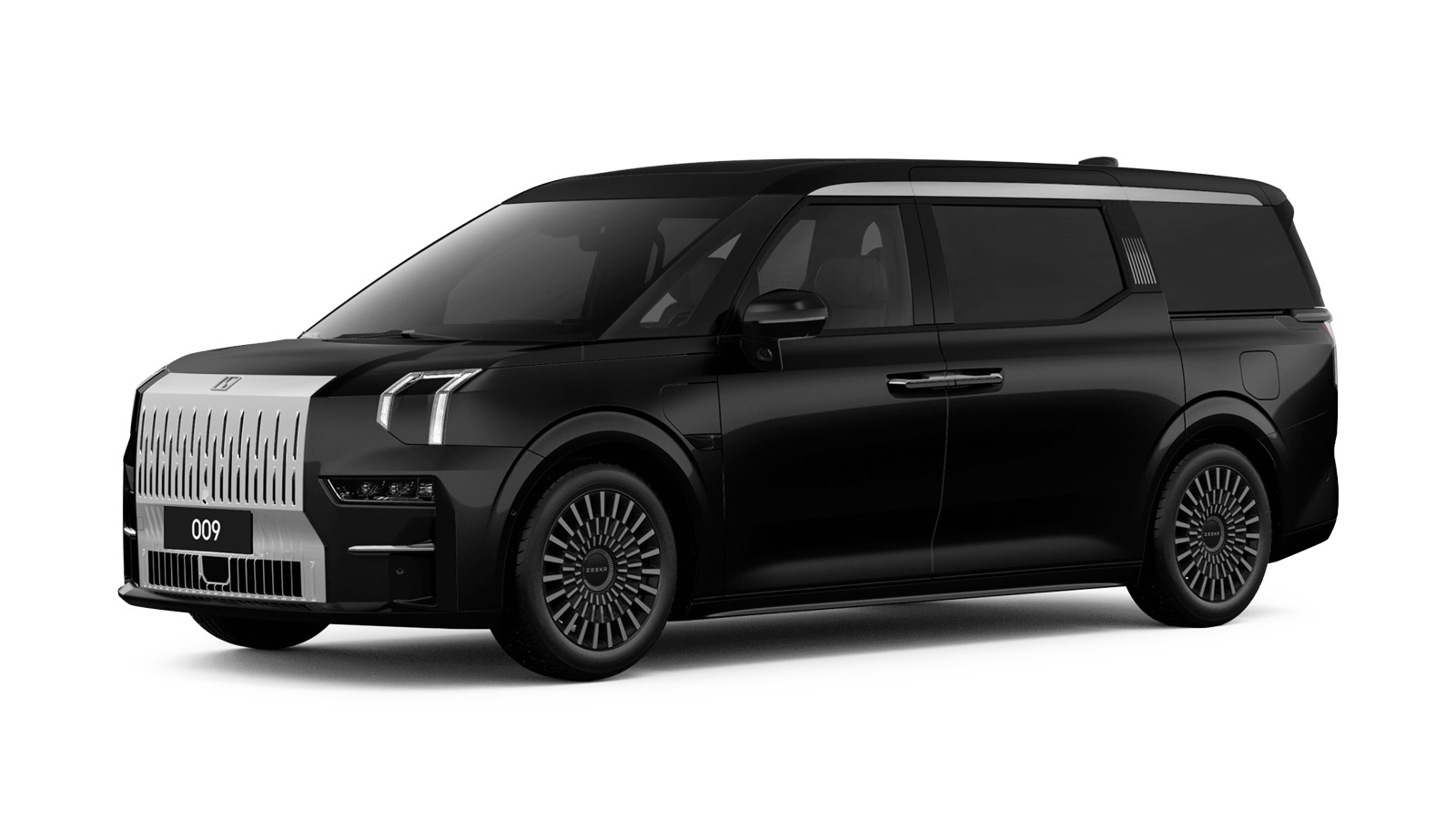 This thing looks purposeful and sophisticated and modern and advanced, as imposing as any big-ass SUV but with a far better use of interior space, and two huge sliding doors. It’s unashamedly a minivan, yet it if you had to guess what you’d find ground into the carpets, you’d be more likely to guess bourbon and cocaine instead of grape juice and Cheerios. 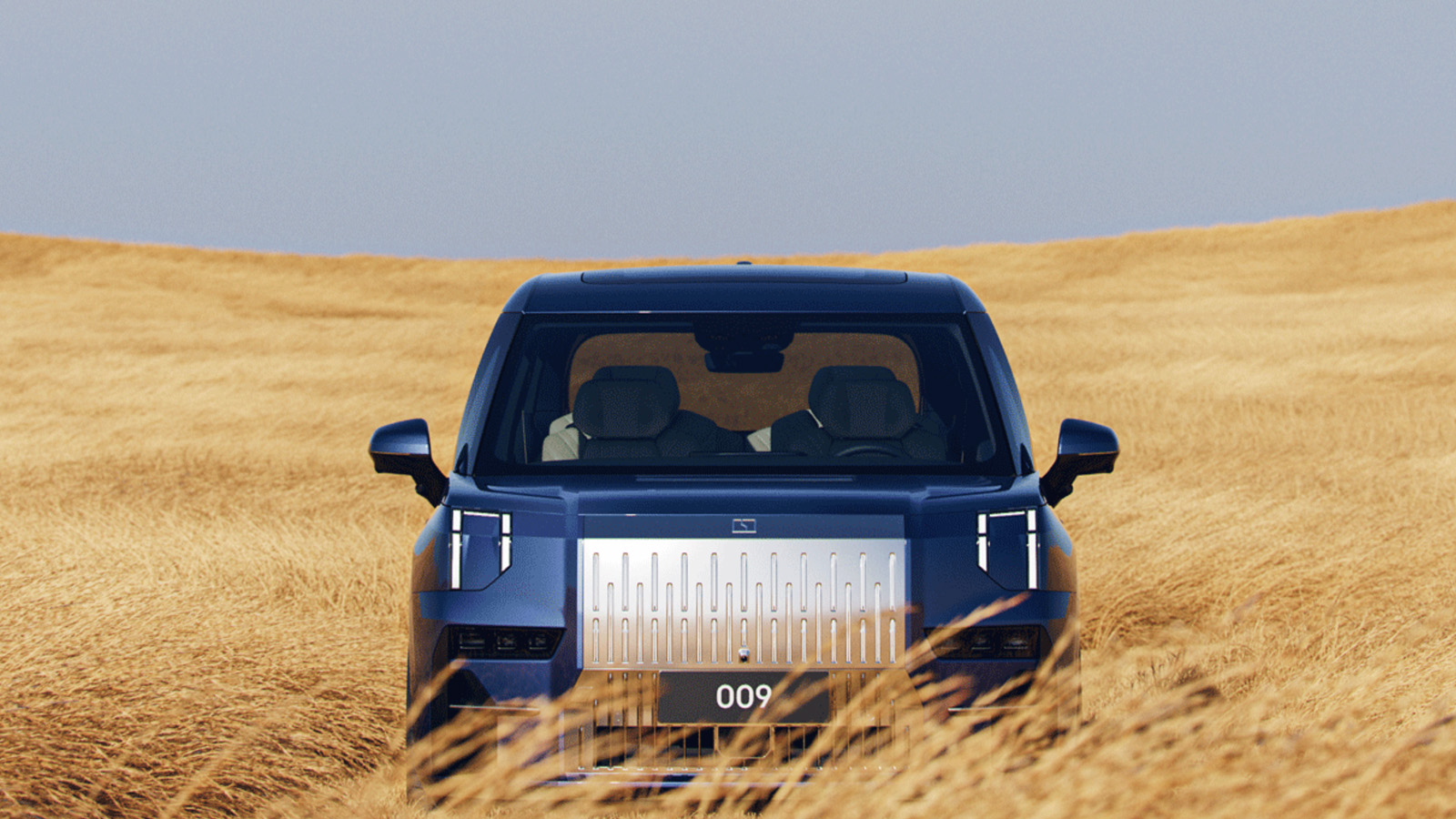 That big, striking grille-looking element up front is called “The Fountain of Light” and incorporates over 150 LED strips. All of the lighting design is quite striking, with the taillights reminding me of the design language used at Geely-owned Lynk & Co. 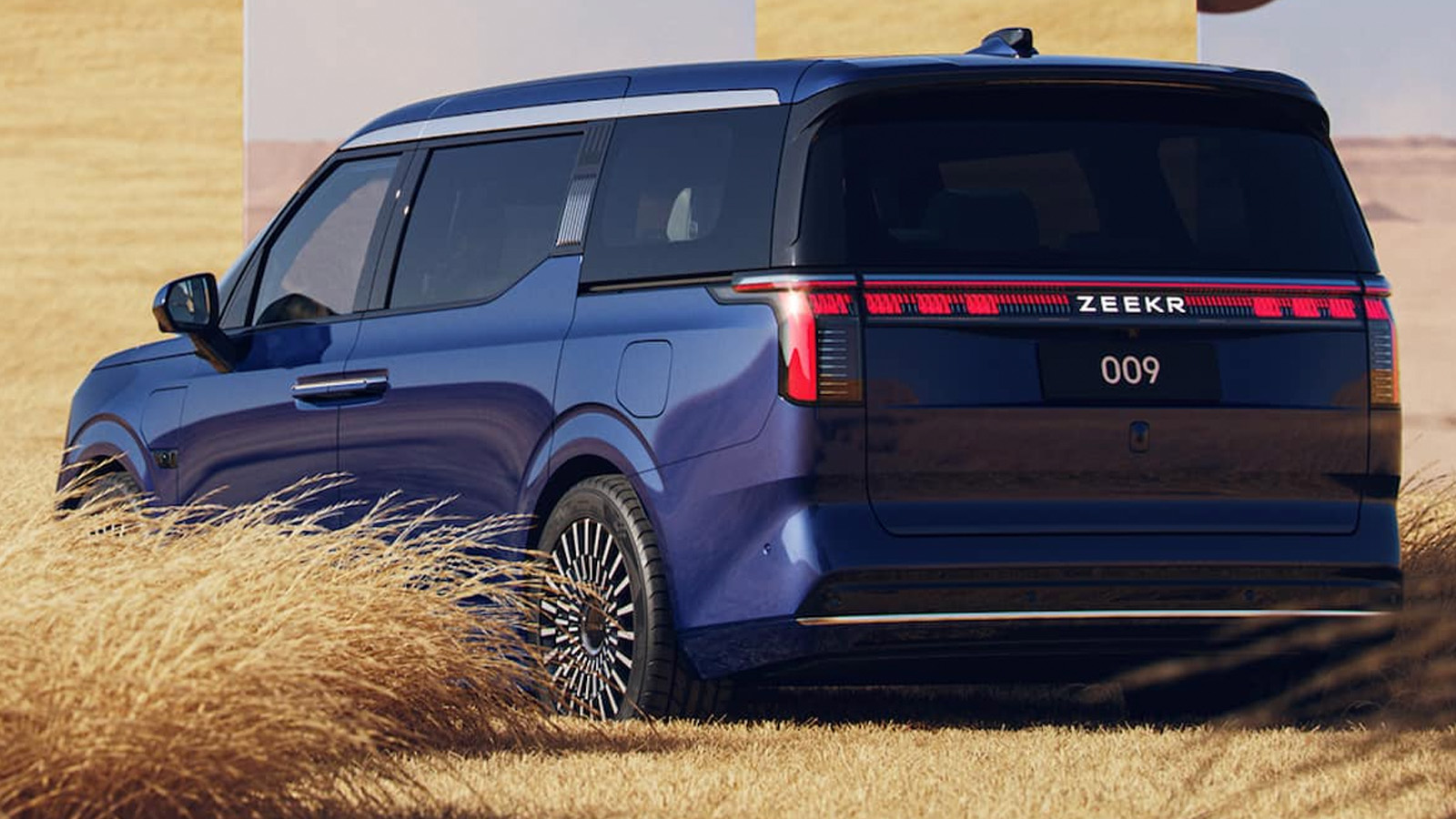 The overall form is unashamedly upright and rectilinear, with an interesting kick-up by the C-pillar, and there’s some tidy and restrained use of brightwork. In a strange way, this feels to me what a clapdoor mid-’60s Lincoln Continental might have become, had its design language been translated into modern electric minivan. 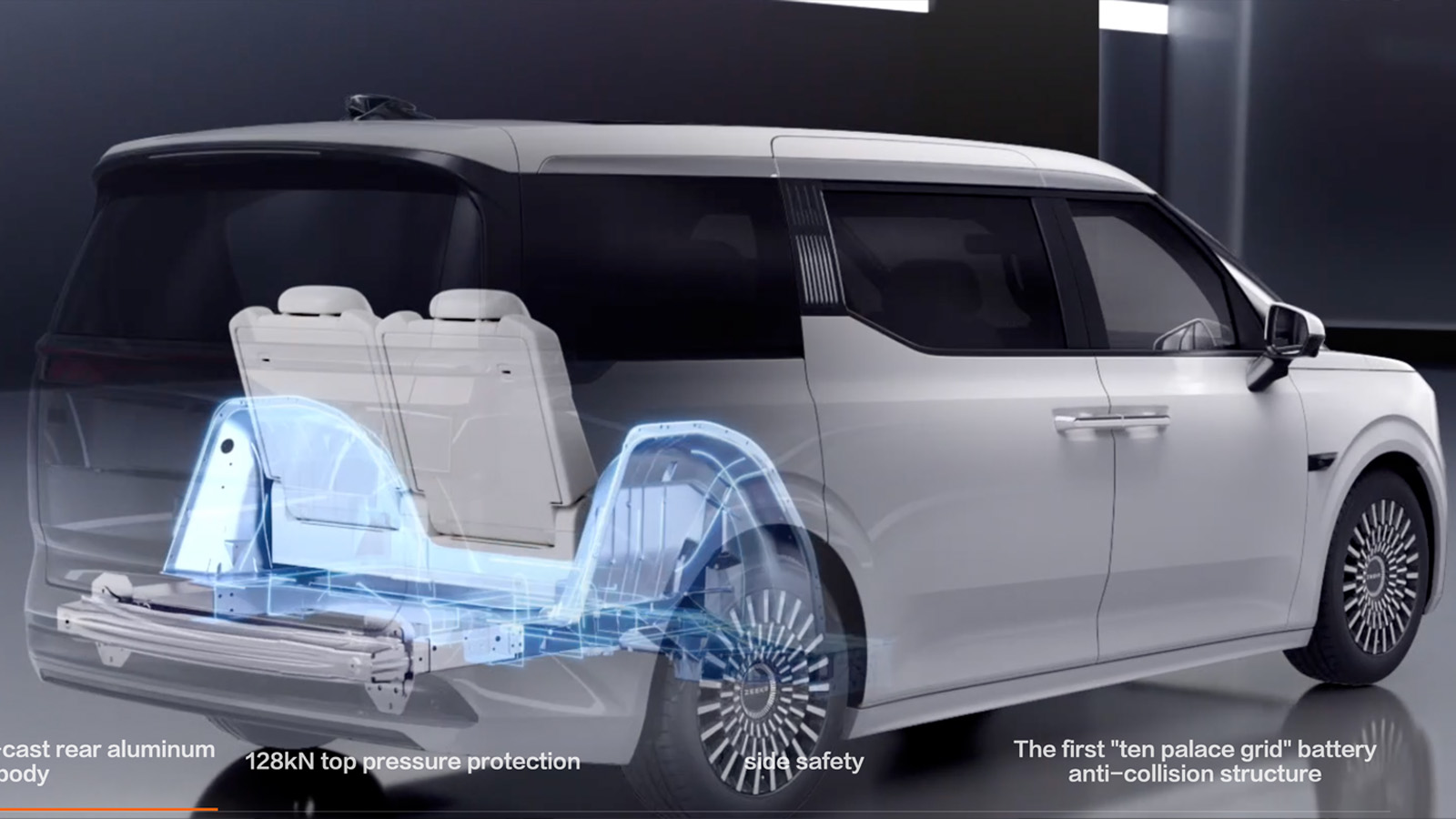 The rear-end structure is interesting, too:

I think the Zeekr 009 looks like a really striking and cool minivan, and I think a more mainstream-priced version could do great even here in America, where it could possibly help rehab the minivan’s image into something cool and desirable.

China gets it; why can’t we?

I'm a co-founder of the Autopian, the site you're on RIGHT NOW! I'm here to talk to you about taillights until you cry and beg me to stop, which I absolutely will not. Sorry. Hug? Also, David's friend.
Read All My Posts »
PrevPreviousWatch A Mustang Give Its Thoughts On The War In Ukraine Via An LCD Taillight Screen
NextWhen Dogs Could Hover Opels On Their Backs: Cold StartNext