Modern cars are pretty incredible. We all know this; compared to what came before, they perform better than ever, they’re more efficient, they’re crammed full of advanced electronics, they last longer, require less maintenance, are more comfortable, and on and on. You saw the review of the F-150 Lightning; we’re in a golden age of new cars and trucks. That said, this golden age is really only for new cars and trucks. Once the luster wears off and cars are no longer new, in that long period where we’re actually living with these machines, then the real problems become clear. And these are problems that, as far as I can tell, no major automaker is really interested in solving, because they’re not particularly sexy or fun and they deal with the tedious realities of car ownership.

These are real, significant problems, though, and they’re the sorts of things that affect how your quality of life with your car is, and, remember, that’s a relationship that will last, at least on average in America, over 12 years. Europe is about the same, and while Japan and China are a bit less, plenty of the world is older.

Cars are more expensive than ever, and they last longer than ever, too (On average, apparently. Though many old cars were built like tanks, I realize). Most of us will have our cars a long while, or be buying used cars that have been around a long while. And as you live with your car and pay to keep it maintained, dealing with wear and damage and all of the encroaching entropy of physical reality, some pretty significant issues become apparent. Here’s the five biggest ones, at least to me:

This may sound trivial, but I’ve been in enough people’s cars to know that dealing with the near-constant trickle of refuse and detritus created by life is a struggle, and affects people’s quality of life and their relationships with their. The simple fact is that no car on the market today has any sort of really well-thought-out plan for dealing with trash, and that’s ridiculous.

This is an issue I’ve discussed before, and I probably will keep bringing up, because as far as I can tell, nobody else really is. I get why – what could be less sexy than figuring out how to best integrate an easy-to-empty trash can setup in a car?

People’s cars get full of trash, and there’s no good place to put it. Little aftermarket trash can doohickies exist, but they’re almost always awkward things that hang on seat backs or fit in cupholders and look like cheap garbage. Something good and well-integrated is needed.

If people are shopping between two otherwise indistinguishable crossovers and one has a well-designed way to deal with regular, everyday trash, that one will win. Trust me.

[Editor’s Note: Let’s not forget that much of that trash ends up between the center console and and seat — a gap that everyone hates and whose reign of terror automakers have allowed to continue on. -DT]

This one I think is actually really important, and is more of a philosophical shift in how we design and build cars as opposed to any one specific thing. In general, it just means that your car should be a machine that is tolerant of you, the user. It should be a machine that can absorb a certain degree of punishment without becoming too impaired. This implies a design philosophy that absorbs and deals with normal wear, tear, and damage in elegant ways, which modern car design very much does not do.

These bumper covers can house any number of ultrasonic (and other) sensors and lights and other expensive equipment. Because they’re painted, any minor damage looks like crap on them, and because of the electronic equipment they house, they’re incredibly expensive to fix.

A bumper on a common car like a Toyota RAV4 can cost between $885 and $1389, for example. Other sources suggest that bumper replacement can range from $500 to $2,000, and include this maddening paragraph:

For certain luxury cars, you could end up spending several thousand dollars to get a new rear bumper. At that point, you really need to ask yourself if repairing the car is worth it. It may technically be more cost-efficient to just buy a new car.

The fuck? More cost-efficient to buy a new car because of bumper damage? That’s madness. The whole point of a bumper is to take damage. It’s called a bumper.

The same thing goes for wheel design–its way too easy to curb-damage a wheel, and those are expensive to replace. Also, components like headlights which are on the corners of cars, are vulnerable in small wrecks, and have sadly become quite expensive; here’s a $1,700 Volvo headlight, for example.

Car design should, ideally, consider the whole life of the car, and that design should accept the reality of wear and damage and be designed to handle it well. 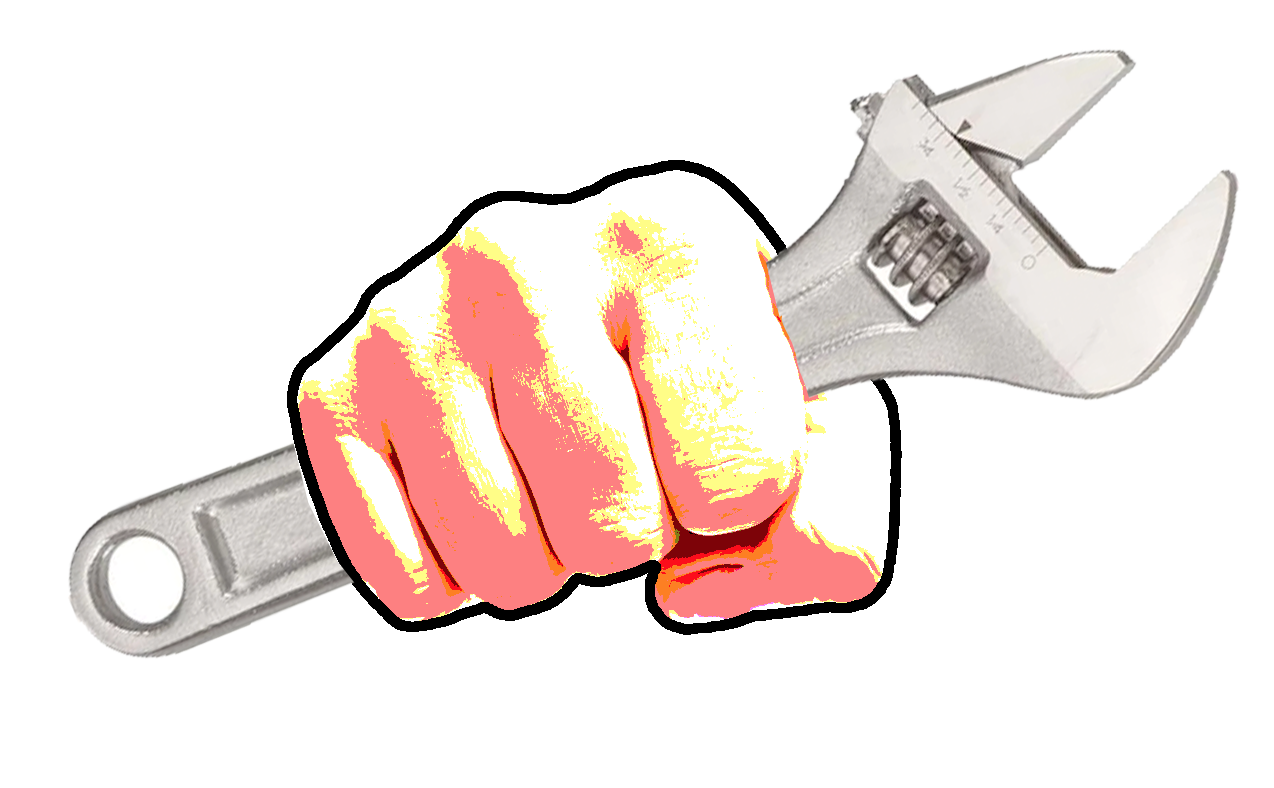 Related to forgiving design of a car is the idea that it should be designed in such a way to allow the owner to easily carry out basic maintenance using simple tools.

Ideally, filters and other consumable parts would be located for easy access and replacement. Under-hood packaging could give more consideration to owner access to parts that are likely to need replacement. There’s smart engineers in the world; if it werw a priority, couldn’t even things like timing belts be made owner-accessible?

Of course, this would mean other compromises for packaging and possibly styling It might make cars less sleek when new, even if they’d be much more likely to be properly maintained as they age.

Of course, dealers want the revenue from service, and carmakers want you to buy new cars, not keep your old ones going forever, so I have very little hope any carmaker will make DIY serviceability a priority.

[Editor’s Note: At Chrysler, there is a team whose job is to make sure that cars are engineered in a way that’s serviceable. This is important, because it affects cost of maintenance even if the owner takes their car to a shop. And that plays a big role in owner satisfaction. -DT]

4. Standards And Upgradability For UX And Electronics

Not too long ago, almost all cars followed a standard for their infotainment systems, like the Double-DIN standard, also known as ISO 7736, adopted in 1984. For a long time, nearly every major automaker was building cars with infotainment systems that met this standard, which means you can take a car that’s 20 years old and upgrade it to have the absolute latest automotive electronics like Bluetooth and Apple CarPlay and a rear-view camera for about $130, incredibly easily, by just sliding a new unit into the dash.

That’s objectively great for a longterm car-owner: a huge upgrade in the car’s UX and features for minimal money and effort. And almost no modern car you buy today is capable of this.

That huge, portrait-oriented display screen on your Mach-e or your big Tesla center screen sure looks great now, but what about 10 years from now when the tech is woefully outdated? There’s no guarantee the computing hardware in your car will be able to handle features and systems a decade from now–in fact, we’ve already seen carmakers require expensive hardware upgrades in older (though not that old) cars to use new features. Current cars do not use any cross-platform standard for their center-stack screens and infotainment systems, so an easy Double-DIN type refresh is out of the question.

That sucks, and it doesn’t have to be that way. An updated standard for center-stack screens and connectors could be established, but the chances of that happening are about as good as Tesla introducing a diesel.

This is another thing I’ve bitched about before, tediously and, if you’re in front of me while I’m doing it, wetly. At this moment, every EV sold in America must, by law, be warrantied for eight years or 100,000 miles. That’s great, but the average age of cars right now is 50% longer than eight years, and the cost of replacement is, well, usually devastating.

Batteries are proprietary, too, definitely by manufacturer and often by model, so it’s not like there’s a significant third-party ecosystem around to keep competition happening and prices low. When your battery goes, you pretty much have once source to replace it, and you’re looking at a total replacement cost between $5,000 and $20,000.

This is going to be devastating to the used car market, and it also means that everyone who owns an EV over eight years old will be driving around with a very expensive electric sword of Damocles dangling over their heads.

It’s going to be shitty, and, like all of the issues I’ve been talking about here, it doesn’t actually have to be, but the nature of the automotive industry and, I suppose, capitalism and human behavior probably mean it won’t change.

There could be battery standards, if the various automakers wanted them. There are so many clever engineers out there who could come up with a good baseline set of battery specifications that all carmakers could agree to, and there could be a thriving aftermarket of re-manufactured batteries, or competing battery companies, and installation and removal could be easy and getting a whole new battery could be a relatively inexpensive process that could be done on a module-by-module basis or any number of other possibilities.

Of course, automakers have shown precisely zero interest in making this happen, which means that the likelihood of a robust standardized automotive EV battery industry is about as likely to happen as Nathan Lane is to be selected to be the next Batman.

That pretty much goes for all of these issues: fixing them won’t make carmakers any money, so if your plan was to hold your breath until these get resolved in a way that favors car owners like you or I, I’d counsel a different plan.

I'm a co-founder of the Autopian, the site you're on RIGHT NOW! I'm here to talk to you about taillights until you cry and beg me to stop, which I absolutely will not. Sorry. Hug? Also, David's friend.
Read All My Posts »
PrevPreviousHere’s Why You Should Slow Down To Save Gas According To An Aerodynamicist And Powertrain Engineer
NextA Look At The Incredible Cars Being Restored At America’s Quirkiest Car MuseumNext