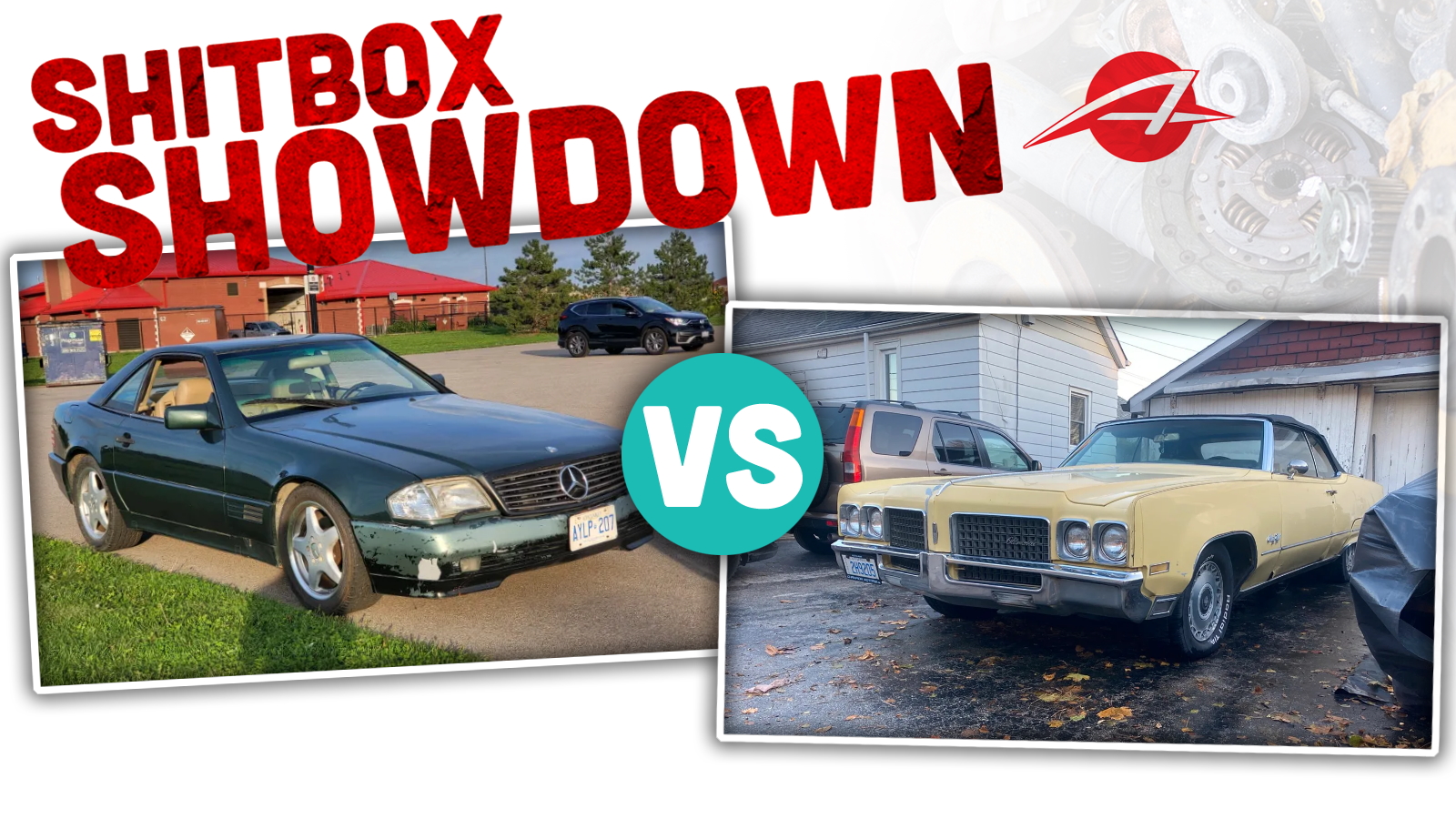 Hello everyone and welcome to another edition of Shitbox Showdown. For a brief period of time, I’ll be taking over duties from Mark in the wonderful task of separating the “or best offer” wheat from the “no lowballers, I know what I have” chaff. You’ll likely see some minor alterations, but please be assured that the hooptie parade will continue.

For starters, cars in good condition will likely be a little more rare. Bad examples of great cars are just too fun. Secondly, pricing will somewhat vary as shitboxes exist across the entire automotive pricing spectrum. That 1989 Volvo 740 sitting on a lawn with a dollar store for sale sign in the window? Possibly a shitbox. That high-mileage 2008 Toyota 4Runner from a rust belt state? Probably a shitbox. That rebuilt-title former-rental Ferrari 360 sitting at your local buy-here-pay-here dealer? Most definitely a shitbox.

While I’ll still try to stick to a reasonable budget cap, today we’re exploiting the joke that Canadian currency is basically worthless. Even though the weather’s cooling down, the deals are heating up as everyone’s looking to offload cars before paying for winter storage. But first, let’s take a look at the results from yesterday’s showdown. 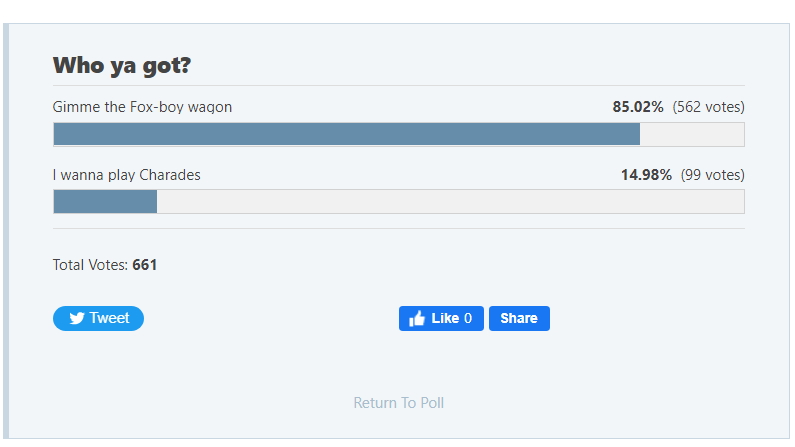 Huh, looks like only me and 99 other people wanted to play charades. This isn’t just a victory for the LTD, it’s a slaughter. Given the car’s condition, it’s easy to understand why. That Fox-body Ford is ridiculously clean for $2,500, plus parts availability is likely superior compared to the Daihatsu. Anyway, let’s get into the main event, where we’ll be looking at two flagship cabriolets from very different eras. Drop temperatures, drop tops, drop dead, etc. 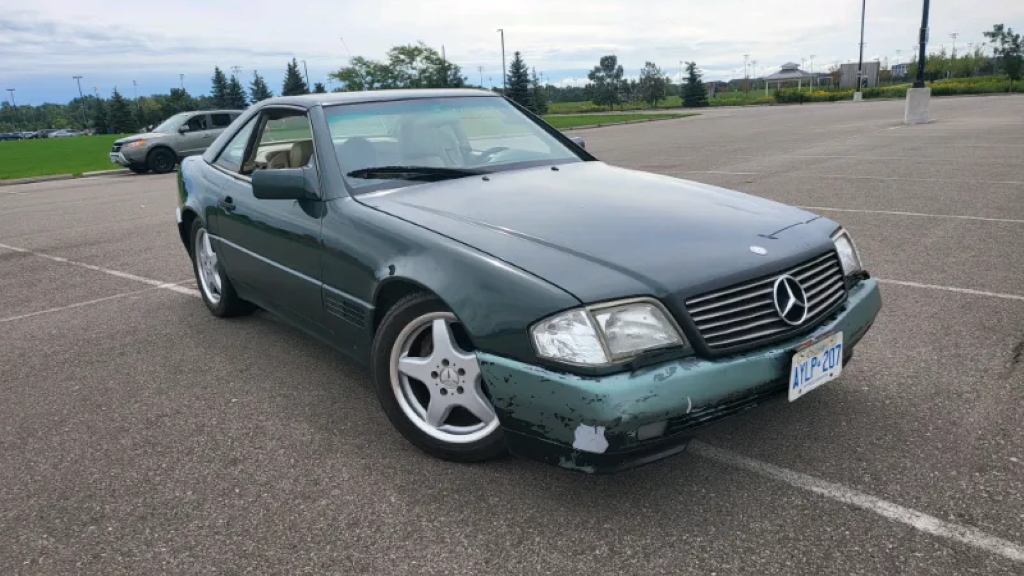 When you think of flagship cars, a bevy of Mercedes-Benz models likely come to mind. The S-Class is the definitive plutocrat express, Bobby Ewing had an R107 SL, and every lifestyle of the rich and famous tends to include a Geländewagen of some sort. Still, aside from a handful of much more expensive models, the gorgeous R129 SL might just be the pick of the bunch. 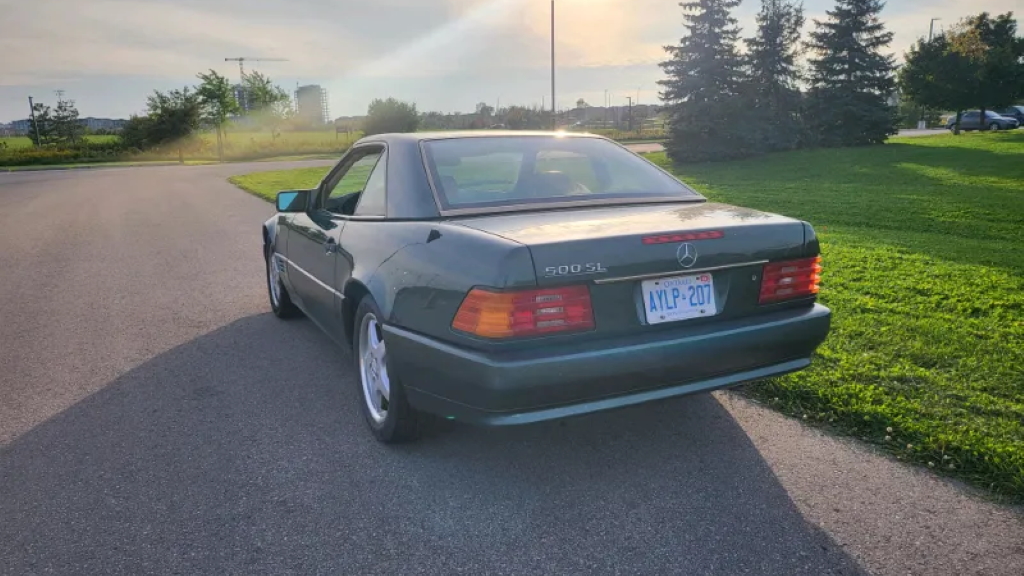 As this is a relatively early R129 500SL, it gets some tasty treats that later cars were deprived of, starting with the 32-valve M119 V8. This dual overhead cam wonder pumped out 322 horsepower, 20 more than the later M113 V8. Despite the four-speed automatic gearbox, this thing’s still quick by modern standards, dashing from zero-to-sixty in roughly six seconds. The other neat highlight is a motorized interior rear-view mirror, controlled in the same manner as the exterior mirrors. It’s completely excessive yet wholly indicative of an era when Mercedes-Benz built cars to a standard and sold them for whatever that standard cost. 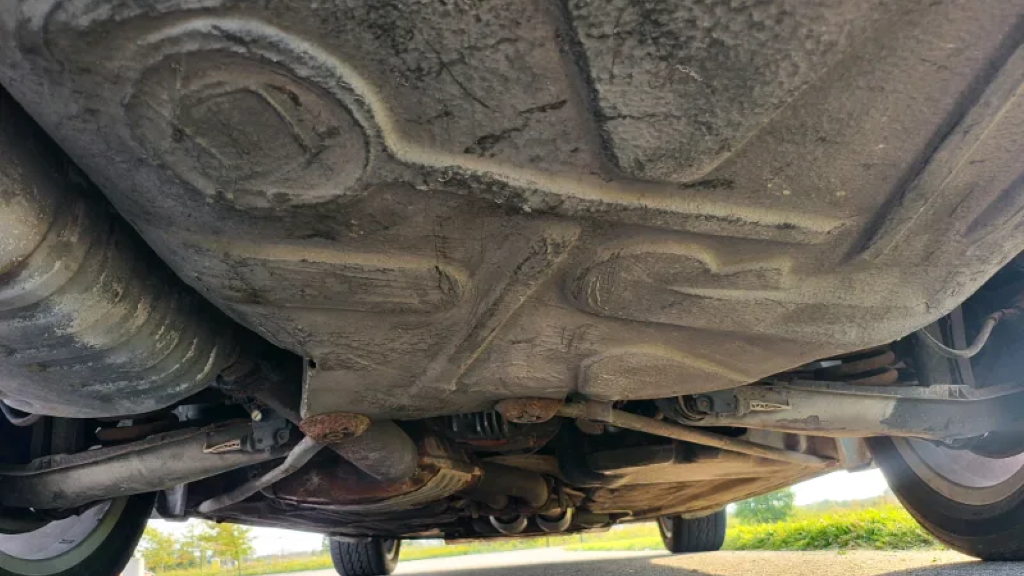 This particular 500SL does appear impressively rust-free, although it’s certainly not without its warts. The front bumper and the plastics ahead of the left door seem to be flaking like a scab, an easy body shop fix but an unsightly issue as it stands. In addition, the complex hydraulic roof reportedly hasn’t been tested, which could prove expensive should it be non-operational, and the seller notes that the car may need a starter soon. Oh, and the gauge cluster appears to be on the rear package tray. 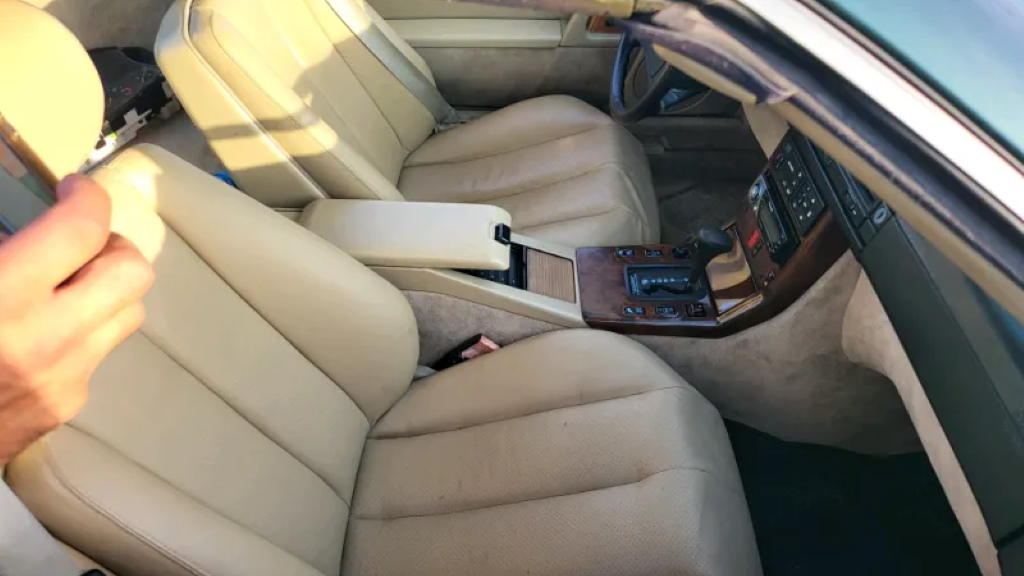 With a little bit of cosmetic work, this Sacco-era cruiser should be a marvelous three-season daily driver. Its interior still looks to be in stellar shape, while a set of somewhat undersized AMG wheels can easily be flogged to make a set of factory gullideckel alloys virtually free. Sure, some big German maintenance bills are likely on the way, but the periods between servicing sound like an absolute dream. 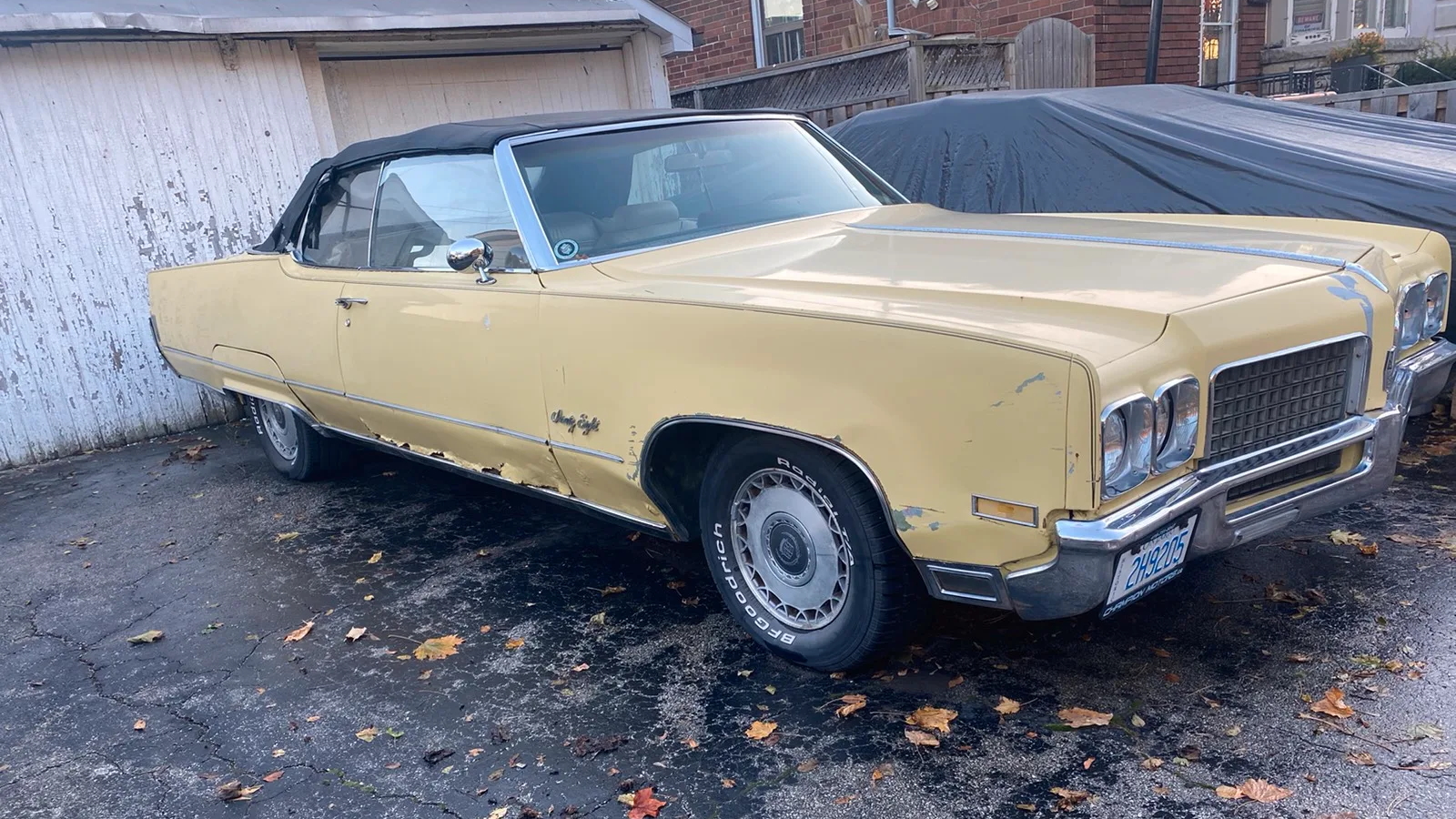 Speaking of flagship drop-tops of bygone eras, how about your father’s Oldsmobile? Okay, your dad would’ve needed to make serious bank to drive a headless 98 back in the 1970s, but this large in-charge barge theoretically fits right in valet parked out front of a fancy restaurant. Forget the eight-ounce sirloin, you’re going for the porterhouse steak tonight. 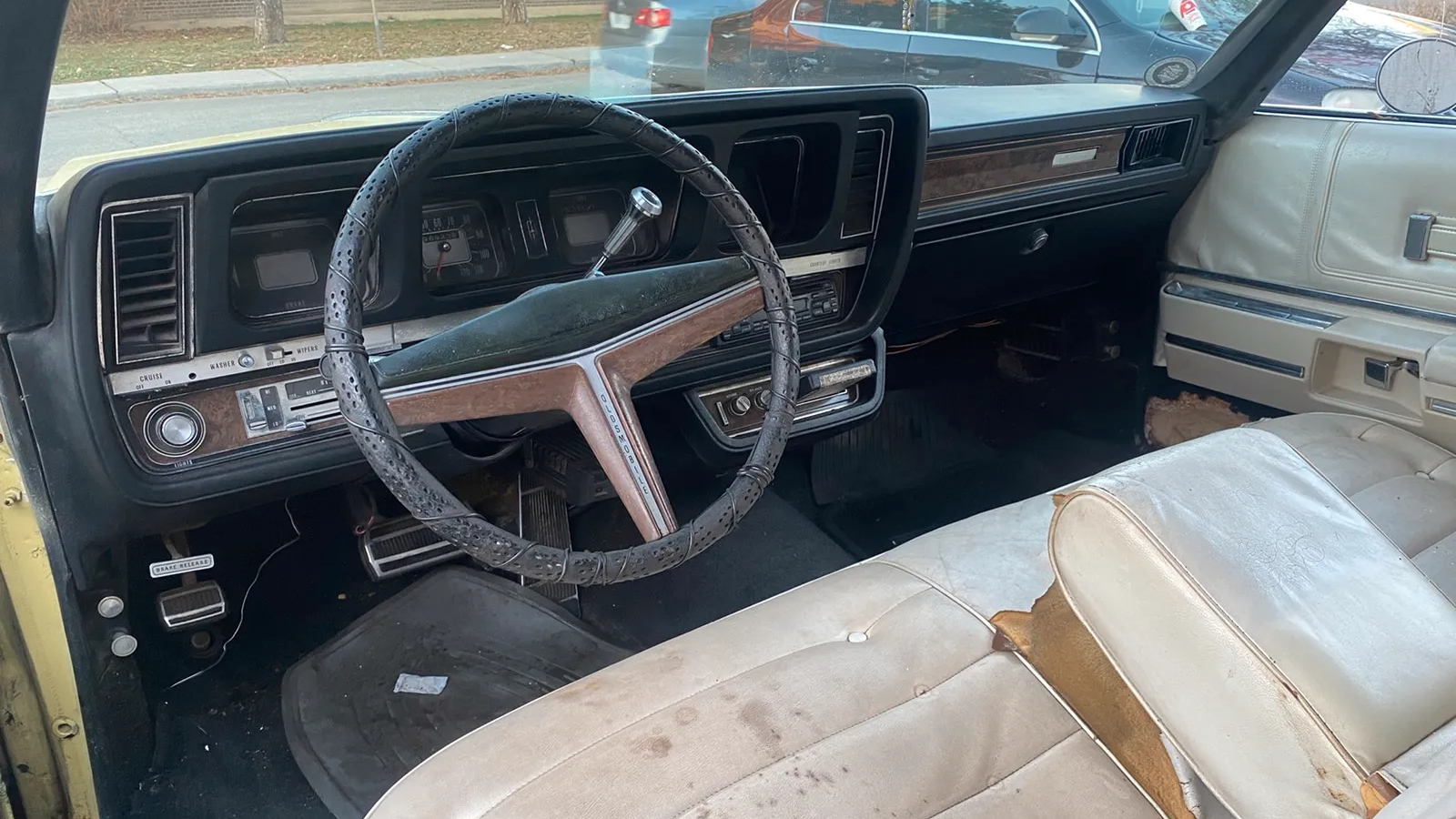 Like the 500SL, you won’t have to explain what the 98 is, albeit for a very different reason. While the three-pointed star holds luxury appeal, John Q. Public will see a cabriolet with a hood large enough to park a Ram TRX on and assume that you have money to burn and a classic sense of style. Plus, because this is an old car, nobody will care about its fuel economy because it’s retro cool without falling into the fat Elvis Cadillac trap. 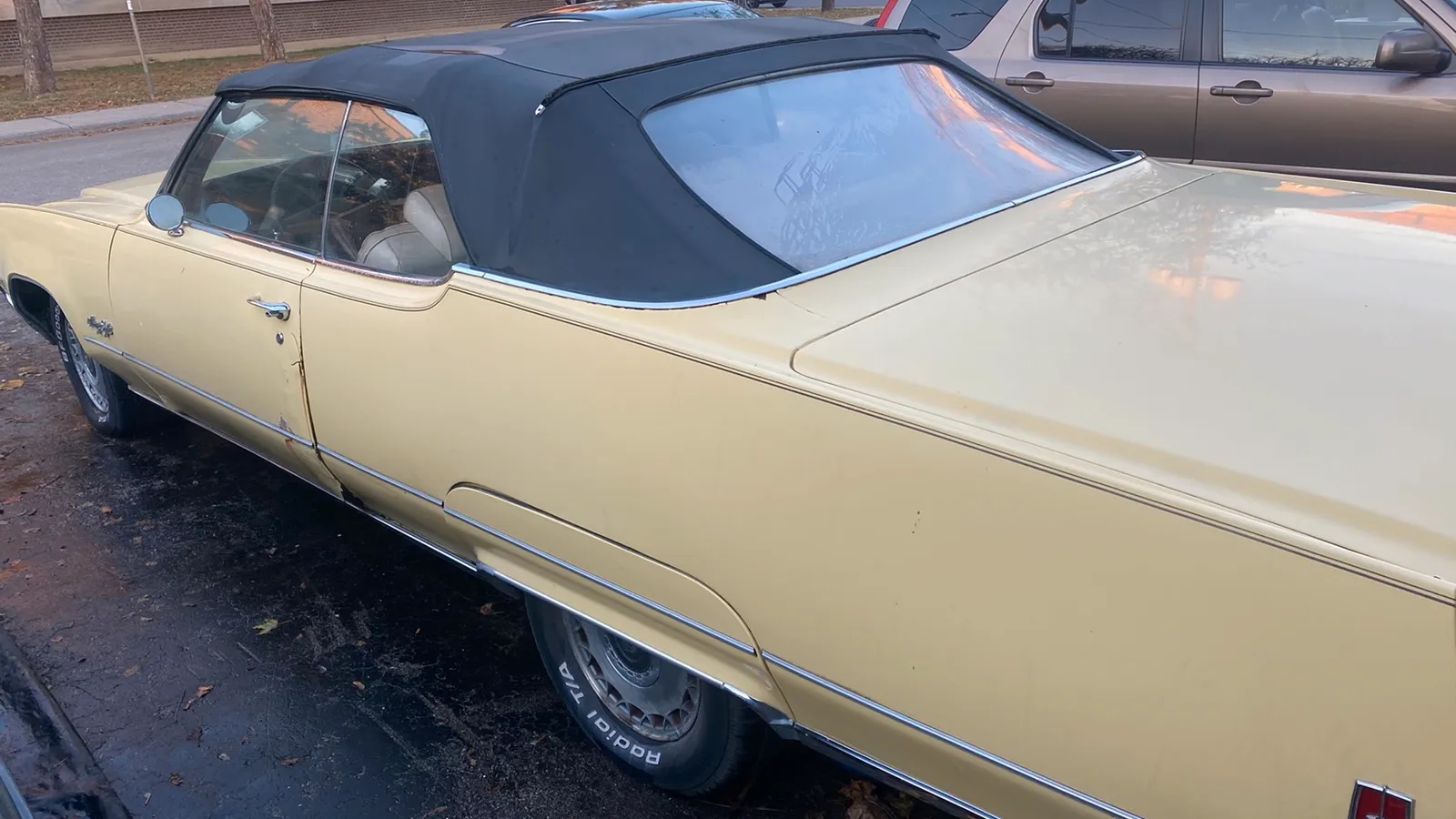 However, this big unit will need some work before it’s truly ready for the road. The seller advises that the brakes need bleeding, that a right ball joint needs replacing, and that the gas tank isn’t exactly installed because the car “needs some truck work before the tank can go back in.” Judging by the slightly crunchy door skins, it’s easy to imagine why. Oh, and the convertible top is very much split. Minor details, right? 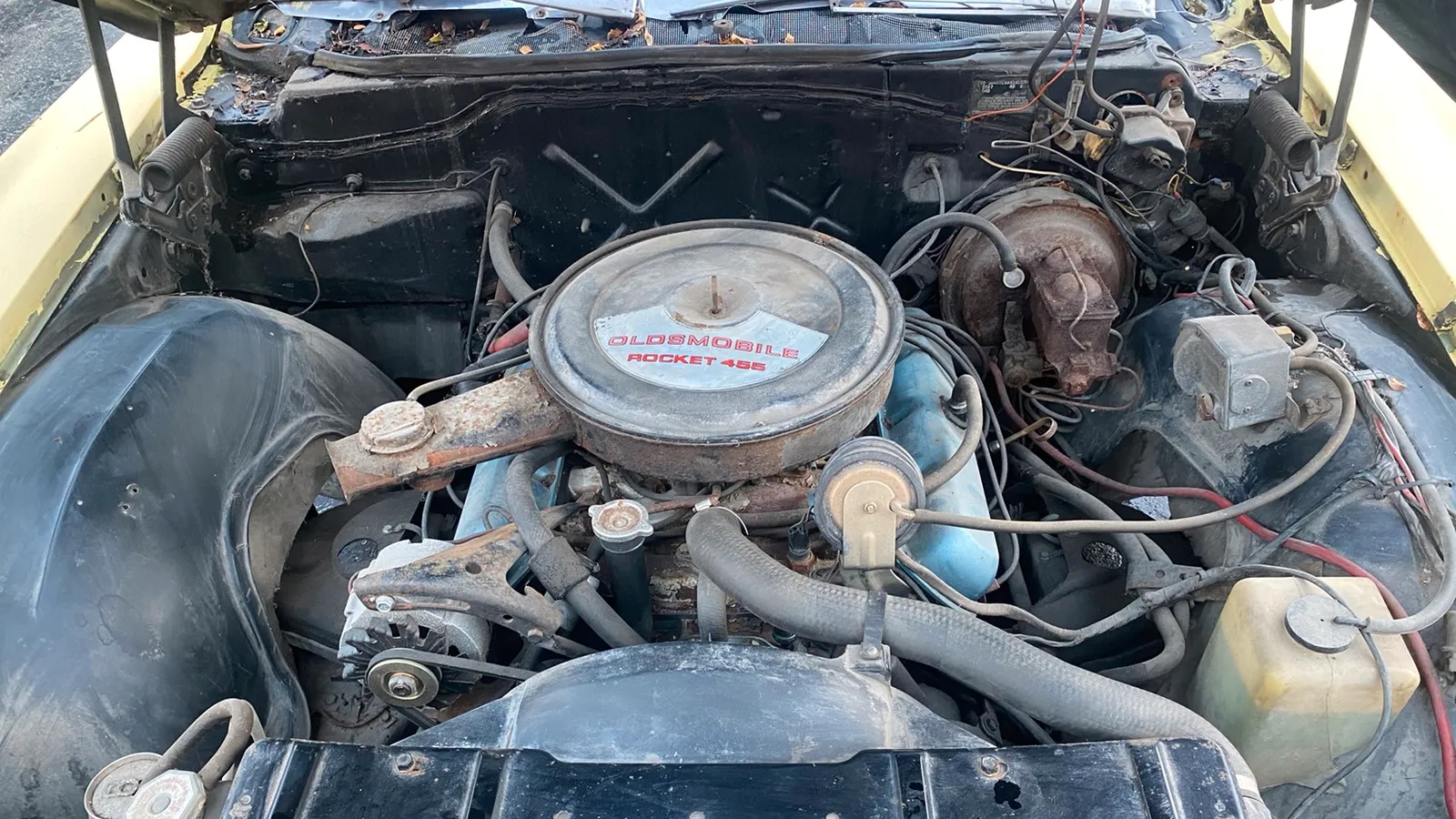 Still, just look at it. More than 18 feet of primrose yellow land yacht with all the power amenities you’d expect from a classic flagship. So what if a 455 cubic-inch V8 isn’t the cheapest thing to run in an era of expensive gas? This thing is made to eat up the miles in style. Pop an eight-track into the player, set the cruise control, and lord over regular traffic in RAV4s and Civics. The dashboard packs more wood and chrome than Don Draper’s office, the seats look as comfy as anything from IKEA, and the multitude of lap belts suggest that this thing’s at least as practical as a well-equipped Ford Explorer.

Thomas is a Nu Rave-blaring, heel-toe downshifting, maple syrup-swilling, chassis-geeking, junkyard parts-hauling, floppy-haired scenester who's been writing about cars since college. His current ride is a 2006 BMW 325i with the six-speed manual gearbox. Instagram: @thomas.hundal Twitter: @thomashundal
Read All My Posts »
PrevPreviousSelling Lancias With Disgust And Contempt: Cold Start
NextCorvette Is Reportedly Going To Become A Brand With A Sedan And CrossoverNext