Here’s Why DeLorean Isn’t Really Back

Big news: DeLorean isn’t back with a new car. I mean there is a new DeLorean, but it kind of isn’t a DeLorean. Confusing, right? Let me first show you what the DeLorean Motor Company has announced, then I’ll explain what’s going on.

The DeLorean Motor Company of Texas has collaborated with famed Italian design house Italdesign on a future electric vehicle called the Alpha 5. It’s claimed to do the 0-60 mph dash in 2.99 seconds (reaching much?) and have a range of more than 300 miles from a 100 kWh battery pack. Not bad. However, it does look a bit weird, for reasons I’m about to show you. 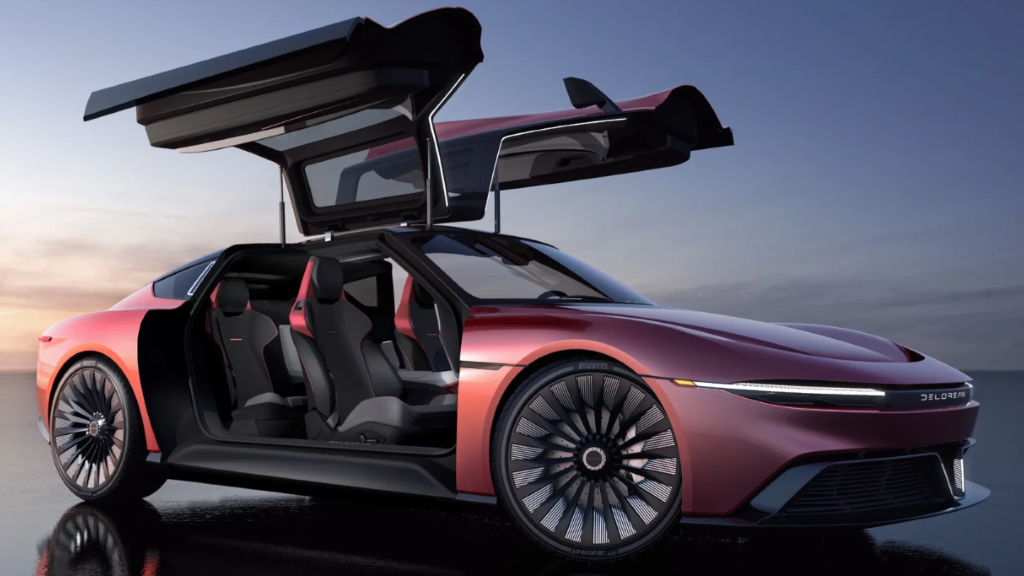 Yes, those enormous gullwing doors are portals to four seats, basically the philosophy of the DMC-24 that never went into production. It’s a neat idea but I’m not so sure about the execution. Let’s face it, those doors are probably heavy as hell, so hopefully the two visible gas struts supporting each door are up to the task. The presence of four seats also means a more sedan-like roofline, so there’s no real hope of a low sports car profile here. Add in a few pastiche details like the rear window slats, blacked-out tail, and mid-body character line, and you get a design that looks a bit frumpy. I’d gladly swipe the massive turbine wheels and put them on something else though.

[Editor’s note: I think the car looks rather sleek, but I agree that it’s clearly a big machine. -DT]

Honestly, I’m holding out on declaring the Alpha5 an actual car until someone outside of the company has driven it. After all, Jay Leno’s driven a Canoo prototype, CNET Cars has driven the Faraday Future FF 91, so I’ll need to see some wheel time to be convinced that this startup EVs isn’t vaporware as startup EVs tend to be. Any announcement of a new vehicle from a company with no mass-production experience should be approached with caution.

Mind you, potential vaporware isn’t the issue at hand. Look, it wouldn’t be a DeLorean without a bit of controversy, except this time it’s a question of legacy and ethics rather than entrapment. Kat DeLorean Seymour, John’s daughter, made an Instagram post on Sunday, and she definitely doesn’t seem pleased with folks throwing around her father’s name in the wake of the Alpha 5’s debut.

“@deloreanmotorcompany Is not John DeLorean’s Company. DMC is not 40 years old, and not associated with the DeLorean Family, or my father’s ongoing legacy,” she writes. “Please top lying and stop speaking about John now, he despised you.”

Ouch, that’s pretty scathing, but of course, some of it we’ve learned over the years to be true. See, the DeLorean Motor Company of Texas was founded in 1995 as a servicing center for DeLoreans, subsequently acquiring a whole bunch of new-old-stock DeLorean parts. It has about as much to do with the original DeLorean Motor Company as Polaroid B.V. has to do with Polaroid Corporation. Sure, the name is the same and the trademarks are identical, but we’re talking completely different companies here. It’s not like Volkswagen bringing back the Scout by directly acquiring Navistar International.

According to the U.S. Patent and Trademark Office’s registry, DMC-Texas first re-registered a DMC trademark in 1998. Wait, you can re-register trademarks? Potentially so. Legal consulting marketplace UpCounsel stated in an article, “you can re register trademark if it has been canceled or marked dead in the USPTO database. Failure to file a renewal application before the expiry of the grace period of six months from the due date results in automatic cancellation of your trademark.” In the U.S., a trademark is only good for ten years, so it seems that DMC-Texas was within its legal right to re-register DMC trademarks for its own use provided they had been canceled or marked dead. However, just because something’s legal doesn’t mean it’s not in an ethical gray area. 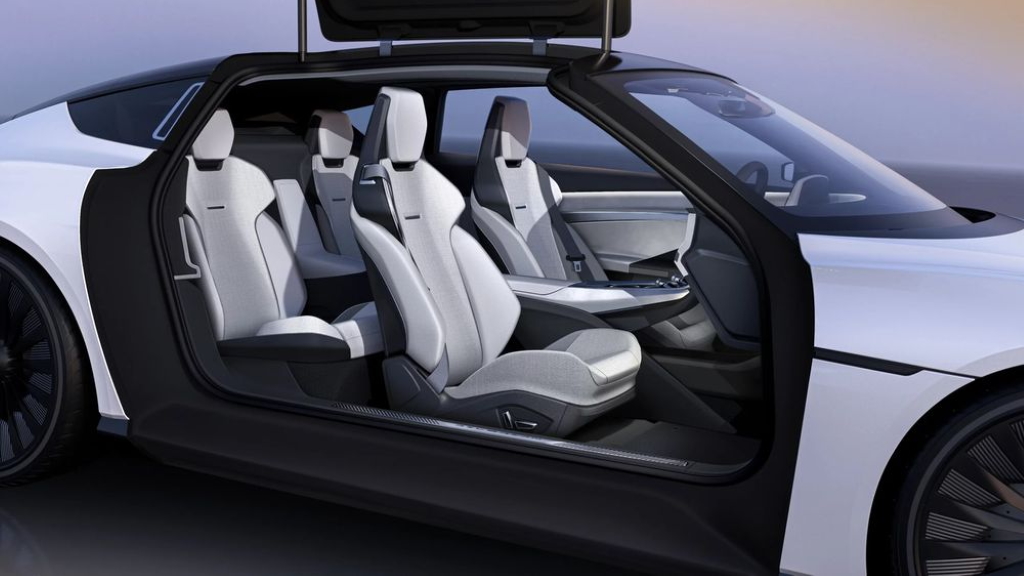 In 2014, John’s wife Sally DeLorean filed a suit that the Houston Chronicle reported “alleges DMC-Texas never purchased or licensed the right to use any intellectual property related to the original DeLorean Motor Company.” According to legal publication FindLaw.com, a settlement was reached a year later that paid the DeLorean estate an undisclosed sum and gave DMC-Texas the rights to the DeLorean Motor Company name and trademarks. Ah. Any creative can tell you that once you’re no longer in control of your intellectual property, whatever happens happens. Your stock photograph could become a meme, your song could be used as the backing track to a boner pill commercial, your invention could be used for war crimes. That’s unfortunately just the way it goes. 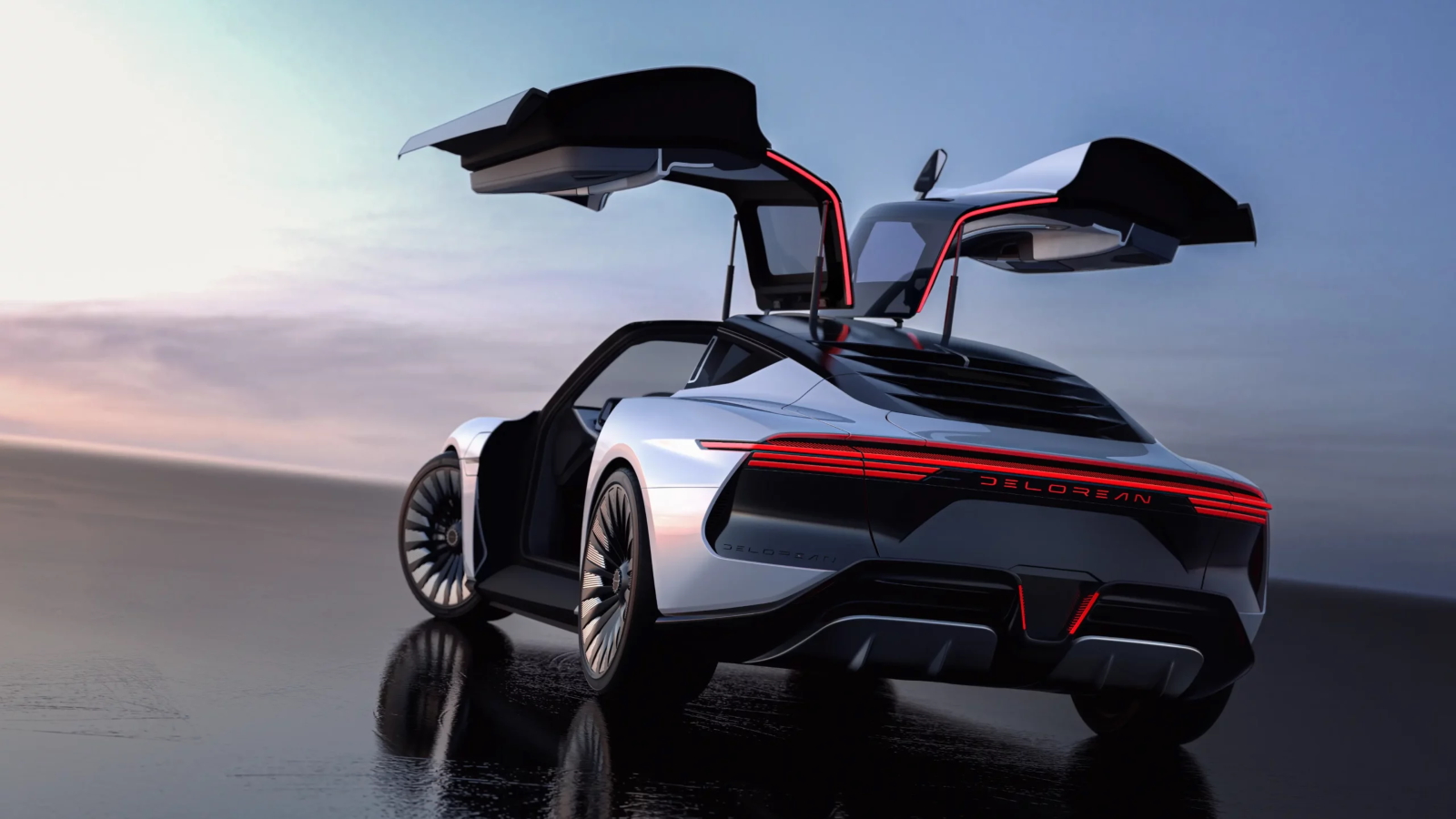 Fast forward to 2022, and this new Alpha 5 breaks cover. Even if the estate isn’t a fan, there’s not terribly much it can do about the car. However, the estate has an ace up its sleeve – it still retains all rights to anything pertaining to John Z. DeLorean, the man. Any implication that the new car is linked to John Z. DeLorean may be met with legal challenges, as they probably should be. It’s not like DMC-Texas hasn’t allegedly threatened legal action on smaller players before, in one case simply for the name of a business renting out DeLoreans. DMCTalk forum user EngineerGuY posted an official-looking cease and desist letter while claiming that DMC-Texas has given the rental business “until the 25th to respond to all their demands.” Honestly, the whole plan of re-registering someone else’s trademarks, developing a niche, and letting the licensing revenue roll in seems questionable at best.

While the Texas-based DeLorean Motor Company may do a service to the DeLorean community by offering spare parts and restoration services, something about the Alpha 5 just doesn’t seem right. Sure, it’s a DeLorean, but only in the same way that the McDonald’s Fish Filet is considered food. More importantly, the Alpha5 doesn’t carry on the DeLorean legacy in a way that John’s descendants approve. I know that people say business is business, but some things matter more than money. In short, treat this EV with caution. Just because it carries the DeLorean name doesn’t mean that it’s much different than a car from any other EV startup.

[Editor’s Note: While I agree that we should remain skeptical of this car until it actually hits production, I will note that brands are a fluffy concept. They tend to exchange hands quite often, and the owners of those brands usually rely heavily on heritage for marketing, even if the owners have absolutely no connection to that heritage. For example, Jeep — a brand that has been bought up by an absurd number of companies over the years and that is now owned by Stellantis — will market the crap out of its front-wheel drive, unibody Cherokee built on Fiat bones by trying to get customers to connect that car with a World War II Jeep. The World War II Jeep, by the way, was built by a now-defunct company named Willys-Overland (and also Ford) and it shares almost no common design traits with the Cherokee. The Lotus brand also tends to exchange hands quite a bit, and of course its new owners leverage the brand’s history to market vehicles that perhaps aren’t quite as pure and authentic to founder Colin Chapman’s original mission as he might have liked.

So the “owner has no connection with the original brand” side of this situation is not particularly new; but it’s the way in which DMC-Texas ended up with the rights to DeLorean Motor Company, and the way the founder’s family feels about it, that makes this such an interesting story. -DT]

Hat-tip to an anonymous tipster for the photos, which are official photos from DeLorean Motor Company.

Thomas is a Nu Rave-blaring, heel-toe downshifting, maple syrup-swilling, chassis-geeking, junkyard parts-hauling, floppy-haired scenester who's been writing about cars since college. His current ride is a 2006 BMW 325i with the six-speed manual gearbox. Instagram: @thomas.hundal Twitter: @thomashundal
Read All My Posts »
PrevPreviousThe 2023 Land Rover Defender 130 Is A Defender 110 With A Giant Ass
NextDon’t Call The 2023 Lexus RX Beige, It Packs Some Serious Power Behind Its Predator GrilleNext