Everyone is familiar with Whac-a-Mole, right? It’s that arcade game that leverages’s humanity’s innate urge to give small rodents concussions, but makes it cute and fun instead harrowing mammal abuse. You know, the little rodents pop out of holes and you have to whack them with a mallet? Anyway, part of the reason why this game exists, at least in America, and by the name we know it, is due, indirectly, to a car. A very strange car called the Jutta, and, yes, noted pizza rat Chuck E Cheese is tangentially involved, too. So, you know, strap in.

The story begins with a young inventor named Aaron Fechter, who was 19 in 1973, at the height of the Oil Crisis, when the Arab oil-producing countries that made up OPEC established an oil embargo on all the countries that supported Israel in the Yom Kippur war, America included. This caused a huge gasoline shortage and long lines at gas stations and a general panic as Americans realized that, generally, all of their cars got really shitty gas mileage.

A number of small cars with good fuel economy became more popular during this time, like the then-new Honda Civic, and also smaller companies began to experiment with radically fuel-efficient cars. One of these companies was called Creative Engineering, and our inventor Aaron Fechter started it to build a small, highly fuel-efficient car he called the Jutta.

Here he is, from a recent documentary, describing this venture:

That little car was planned to get about 90 mpg, and you can look at it and pretty much tell the method used to achieve high mileage: make as minimal a car as possible.

Technical details about the car are pretty scarce, but it appears to be a go-kart type front suspension with a lone rear wheel, a small rear-mounted (likely an air-cooled, go-kart-type engine) driving that rear wheel, and very simple bodywork, looking like plastic (?) panels with a fabric roof and side curtains.

In some pictures the roof looks like medium-density fiberboard, and in one, where the car is in some disrepair, the body looks like it could be plywood or fiberboard as well.

No matter what photos of the cars you may see, though, it’s clearly a long way off from what seems to be Creative Engineering’s lone rendering of what a final, production-ready Jutta would be: 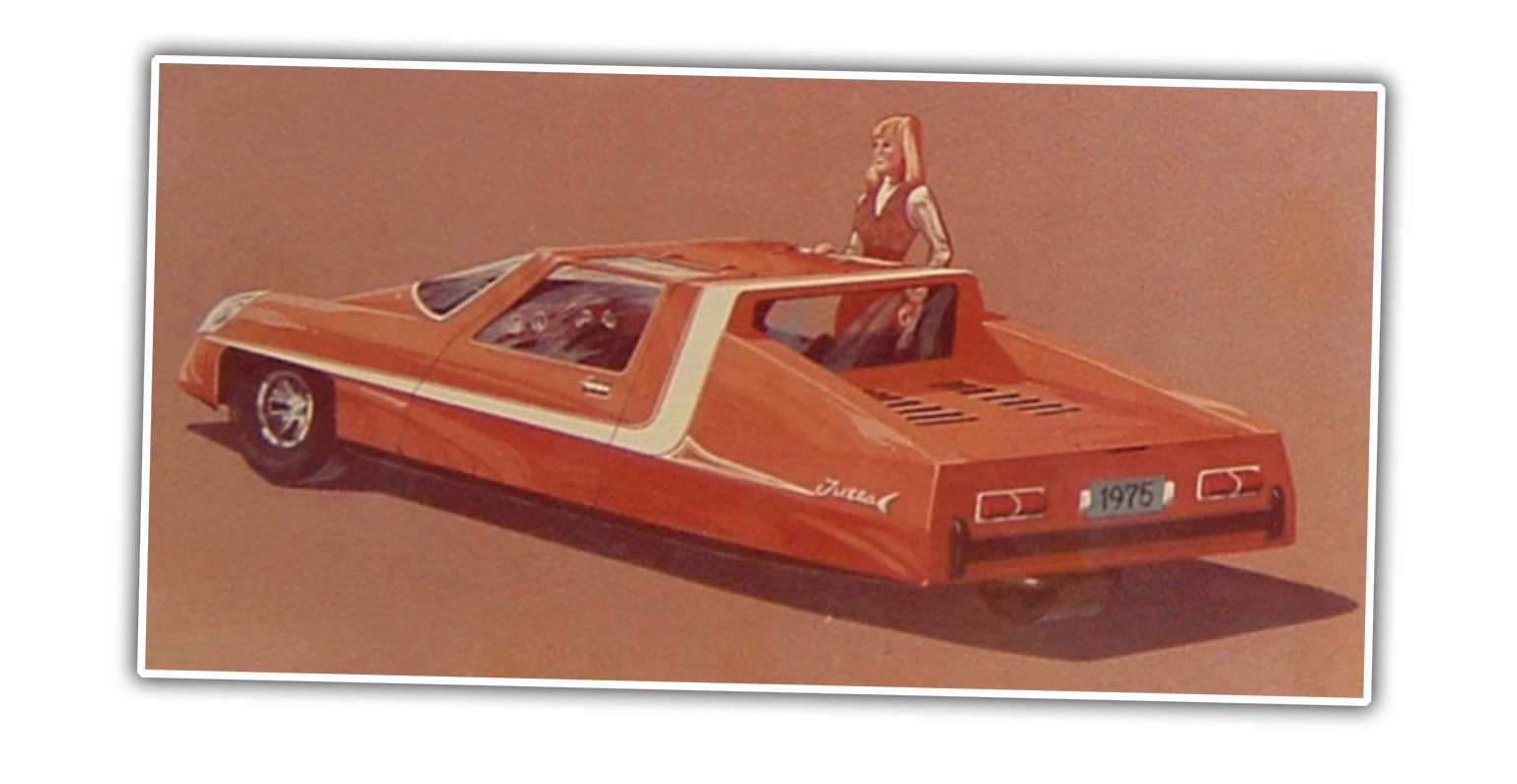 So, that’s the car we’re talking about here, in both early prototype form and a vision of what it could one day become — a sleek, highly efficient three-wheeler ready to take on the challenges of what from the vantage point of 1973 looked like our very fuel-deprived future.

Now, to raise money for his car company, Fechter tried a number of different ideas, leveraging his mechanical skill and inventive mind. He built a pool-skimming, leaf-eating automaton, and attempted to sell that door-to-door, with one chance encounter leading to a gig designing animatronics. From there, Fechter ended up working in the amusements industry, and attended the IAAPA (that’s the global association of the attractions industry) convention in 1976.

It was there that Fechter invented Whac-a-Mole–well, really, stole the idea of Whac-A-Mole from a Japanese company called TOGO, who called their game Mogura Taiji (モグラ退治, “Mole Buster”), though he didn’t know the name at the time. And it’s not me accusing Fechter of taking the idea from someone else–he admits it himself, right here:

So, essentially, someone named Denny points Fechter to the TOGO booth with its fragile, finicky Mogura Taiji game, and asks him to develop a more robust version. Fechter comes up with the Whac-a-Mole name, then has his name and machine sold out from under him to another company — Bob’s Space Racers — who ends up making tons of money from the now-iconic game.

So, karma, I guess? To his credit, Fechter seems pretty honest about the origins of the game, and while he did get screwed out of the technical design of the game and the name, the fact that he himself stole the basic idea from the game’s Japanese true originators seems to give him perspective about his own screwing-over.

Besides, Fechter’s story gets much, much stranger and more involved, as he ended up starting the Showbiz Pizza chain of arcade/pizza parlors with creepy animatronic bands, which was in direct competition with Atari founder Nolan Bushnell’s Chuck E Cheese chain of arcade/pizzeria/creepy animatronic band-focused kids’ restaurants, eventually ending with Showbiz buying out Chuck E Cheese, but Fechter getting screwed over yet again.

Fechter’s most recent foray into the news was in 2013, when his warehouse exploded thanks to a tank of carbohydrillium fuel (made from graphite and water and said to be less polluting than propane) ruptured. This is all especially ironic when you learn that the Showbiz Pizza animatronic band’s name was “The Rock-afire Explosion.”

It’s all in that documentary I embedded up there, and is worth a watch, but from my automotive-focused perspective, what I really care about is the fact that Fechter’s entire career in animatronics, leading to the development of Whac-a-Mole and all the ventures beyond, started as a way to try to finance a car company that would make ultra-light, simple, three-wheeled, high-mpg cars.

I'm a co-founder of the Autopian, the site you're on RIGHT NOW! I'm here to talk to you about taillights until you cry and beg me to stop, which I absolutely will not. Sorry. Hug? Also, David's friend.
Read All My Posts »
PrevPreviousA Trained Designer Imagines What Communist Czech Car Company Tatra Could Have Built In The 1980s
NextWhy This $600 Oldsmobile Ninety-Eight Diesel Might Be The Single Worst Car For Sale On Facebook MarketplaceNext