Have you been keeping up with the whole righ-to-repair struggle? I’m guessing if you’re here on this site, reading this now, you likely have, because it’s been going on for years and it’s very important, especially to gearheads. I’ve been writing about this struggle since at least 2015, and it’s important because the struggle is about the fundamental right to repair or modify machines you own — machines like your own car, or as has been the case for one of the most visible examples of this struggle, farm equipment. John Deere, the huge maker of agricultural implements/machinery and the leading cause behind the longtime popularity of yellow and bright green in rural mens’ fashion, has been one of the companies most determinedly against letting farmers repair the machines they own. But now it looks like farmers who want to repair their own machines or have them repaired by independent technicians have scored a huge victory, because American Farm Bureau Federation and Deere & Co. have signed an important Memorandum of Understanding that will ensure farmers have the right to decide how they want to repair the equipment they own.

Since 2016, Deer & Co. has required that repairs to their equipment, which can be quite sophisticated and sensor-laden, only be undertaken by authorized John Deere technicians at dealerships or authorized repair centers. Software lockouts and special codes prevent independent or owner repairs from happening, with Deere usually claiming that these lockouts were necessary for security reasons and to protect their proprietary software, even though I bet there’s no way a farmer could extract any sort of usable source code out of the computers embedded in the equipment. (All the code is already compiled and integrated, it just doesn’t work like that).

The result of these sorts of restrictive policies can be devastating to farmers, as repairs of their crucial and expensive equipment – which they paid for – can be difficult and costly. Not all farmers are near authorized facilities, and even though many are technically capable of carrying out a wide variety of common fixes on their own, they can’t and are effectively held hostage by the large equipment company.

This Memorandum of Understanding should help solve this problem for the farmers. Here’s what the stated purpose of the memorandum is, as written right in it:

The purpose of this MOU is, through a voluntary private sector commitment to outcomes rather than legislative or regulatory measures, to:

1. continue to enhance the ability of Farmers to timely control the lawful operation and upkeep of Agricultural Equipment;

4. assure that the intellectual property of Manufacturer, including copyrighted software, is fully protected from illegal infringement through the modification of Embedded Software; and

5. assure that compliance with federal and state emissions control requirements is not compromised through changes to power ratings or other modification of control measures installed for the purpose of complying with the Clean Air Act and other environmental laws and regulations.

This agreement provides protection for the manufacturer’s intellectual property while allowing the owners to work on their own hardware, and that includes getting access to any required specialized tools or documentation or whatever is needed from the manufacturer. 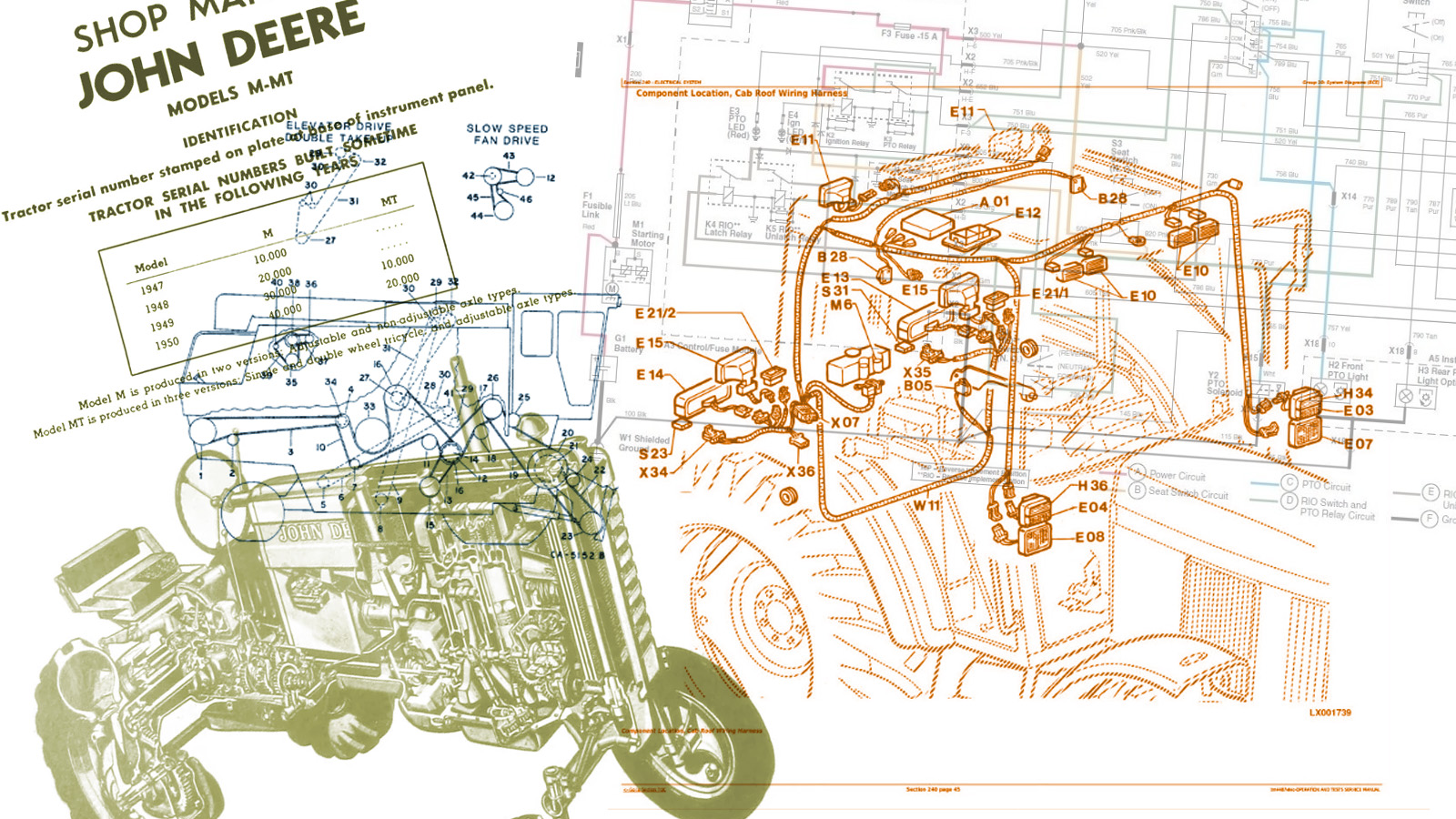 It’s worth noting that this is not a legal document, in the legislative sense. It’s a voluntary agreement between Deer & Co. and the American Farm Bureau Federation, so it’s not like it can currently be enforced via regulatory means. Still, it’s significant that this voluntary agreement happened at all, and one could argue that the parties coming to a mutual agreement is more likely to be respected on both sides than if one side or the other was forced into something under the threat of the law. At least I hope that’s the case.

With Deere & Co. being so visible and prominent during this whole long struggle, the fact that it’s voluntarily agreeing to this says a lot about how effective the movement to preserve owners’ right to repair has been. Hopefully the automotive industry will follow suit, as it could be in their best interest, too, since there have been many pushes to get car owner’s right to repair protected by law as well. This has even been directly addressed in speeches from president Joe Biden as recently as last January (bold emphasis mine):

Too many areas, if you don’t own a product — excuse me, if you own a product, from a smartphone to a tractor, you don’t have the freedom to choose how or where to repair that item you purchased.

If you tried to get it fixed — if you tried to fix it yourself, some manufacturers actually would void the warranty when they sold the ve- — sold the product to you or disable the features on that product they sold you.

Denying the right to repair raises prices for consumers, means independent repair shops can’t compete for your business.  And my expe- — my executive order announced that support for the right to repair, rather — right after I issued my order, I was pleased to see the Federal Trade Commission unanimously announce that it would ramp up — unanimously announced it would ramp up enforcement against illegal repair restrictions.

That was followed by major companies to — or by voluntarily agreeing to change their restrictions on repairs.

The right to repair is a big deal, and for those of us that are interested in really owning our cars, instead of just being permitted by a company to use them when and how they see fit, right to repair, modify, and even break, on our own terms, is important. This voluntary memorandum is a big step in the right direction, and I hope this trend continues.

I'm a co-founder of the Autopian, the site you're on RIGHT NOW! I'm here to talk to you about taillights until you cry and beg me to stop, which I absolutely will not. Sorry. Hug? Also, David's friend.
Read All My Posts »
PrevPreviousThis Is The Only Drag Race Where A Three-Wheel Reliant Is A Champion
NextBlast Across The Desert In This Awesome Tesla-Powered Electric Class 10 BuggyNext