I Ran Into My First Car At A House Party

I’m a sucker for a good house party. Not only are the vibes impeccable and the music often well-curated, you never know who you’ll run into. Friends from the past, colleagues you’ve never met, friends-to-be. As I rolled up to a friend’s birthday party on Saturday, I noticed something. Under the harsh glow of streetlamps sat my first car. Not one that looked like it, the exact same vehicle. 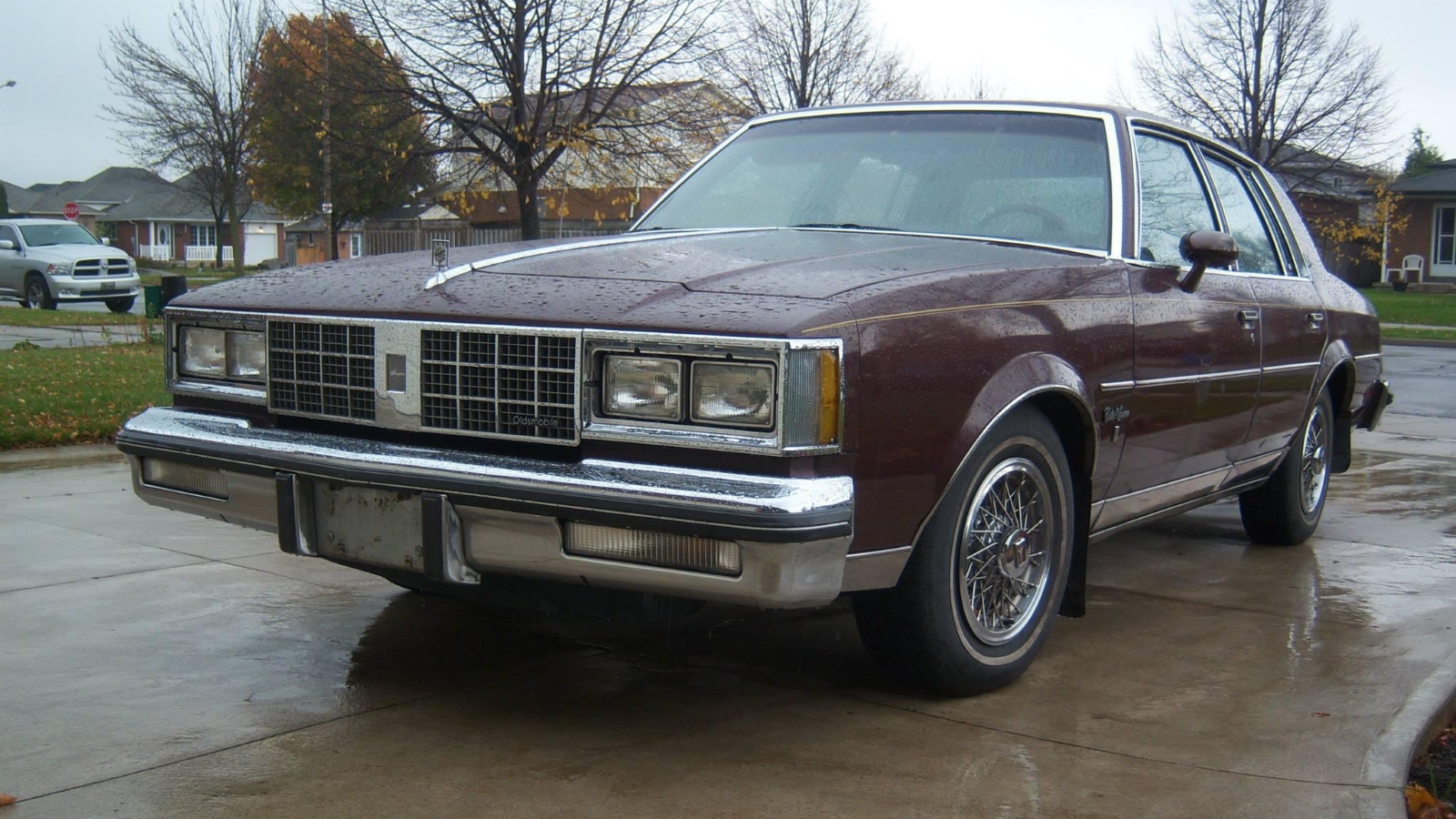 So how did I end up with this relatively haggard midsize sedan as my first car? Well, I’m not always great at making decisions. Instead of something, I don’t know, good, I copped a G-Body Oldsmobile Cutlass Supreme Brougham. While very little about this burgundy-on-burgundy slab of Americana fits well with someone who really likes to drive, it does have one ace up its sleeve. While American models largely stuck to Oldsmobile engines, Canadian cars didn’t. This thing was optioned with an LG4, a variant of Chevrolet’s 305 small-block V8 pumping out roughly 140 horsepower. That’s not a bad number at all, and the small-block V8’s aftermarket scene meant that a reasonably peppy 200 horsepower is theoretically possible. Vortec heads, intake, cam, proper carb, old-school HEI, and bam.

The previous owner used the Cutlass Supreme as a daily driver from near new to 2014. The oil was changed religiously every 3,000 kilometers, the interior was spotless, the drivetrain felt great, but even Zeibart couldn’t ward off road salt. The Cutlass looked a bit tatty when I owned it, but certainly nowhere near as tatty as it is today. After a whirlwind year of grinders and paint, I realized that I couldn’t keep the car anymore due to a cross-country move. Unfortunately, nobody trawling the classifieds wanted it, and I couldn’t bear to see it scrapped. Cue the internet. 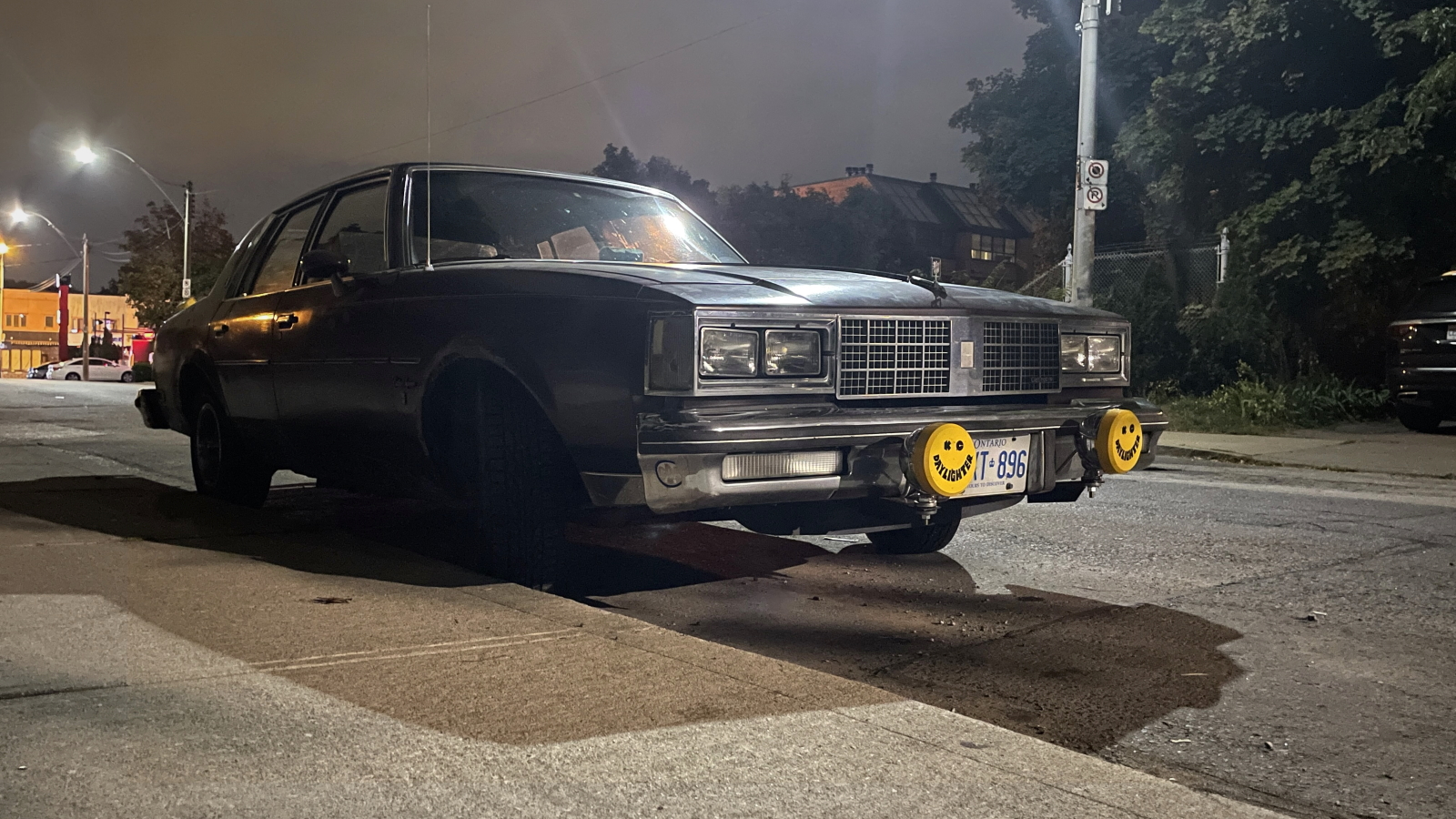 In the summer of 2015, I made a post on the Oppositelock blog asking someone who can weld to please take this thing off my hands. Nick, a machinist and lovable loose cannon, answered the call and had the right skillset to keep it on the road. Nick is a huge Ford guy, but his daily driver was just totaled and he needed a cheap and janky set of wheels. The Cutlass was both cheap and janky, so he hitched a dolly to the back of his dad’s Silverado and made the trek to come get the car. Since a number had to be written on the bill of sale, the official transaction value of the car was a single dollar. I promptly flipped Nick a loonie for a coffee after he hitched up, essentially making the Cutlass a free car. Free to a good home, what more could you want?

So what’s happened to the Cutlass since I owned it? Well, a lot. It’s been hit several times, had the frame welded up at least twice, been submerged in Lake Ontario, and yet it still won’t die. According to Nick, it always fires up right quick, no matter what’s happened to it or how old the fuel in the tank is. The old bastard is immortal. I can imagine it’s liberating driving something with the Kelley Blue Book value of a used Trojan. Nick says that drivers give the Cutlass a lot of room on the road, a smart decision given how chunks of rust that may fly off are of the finest General Motors quality. 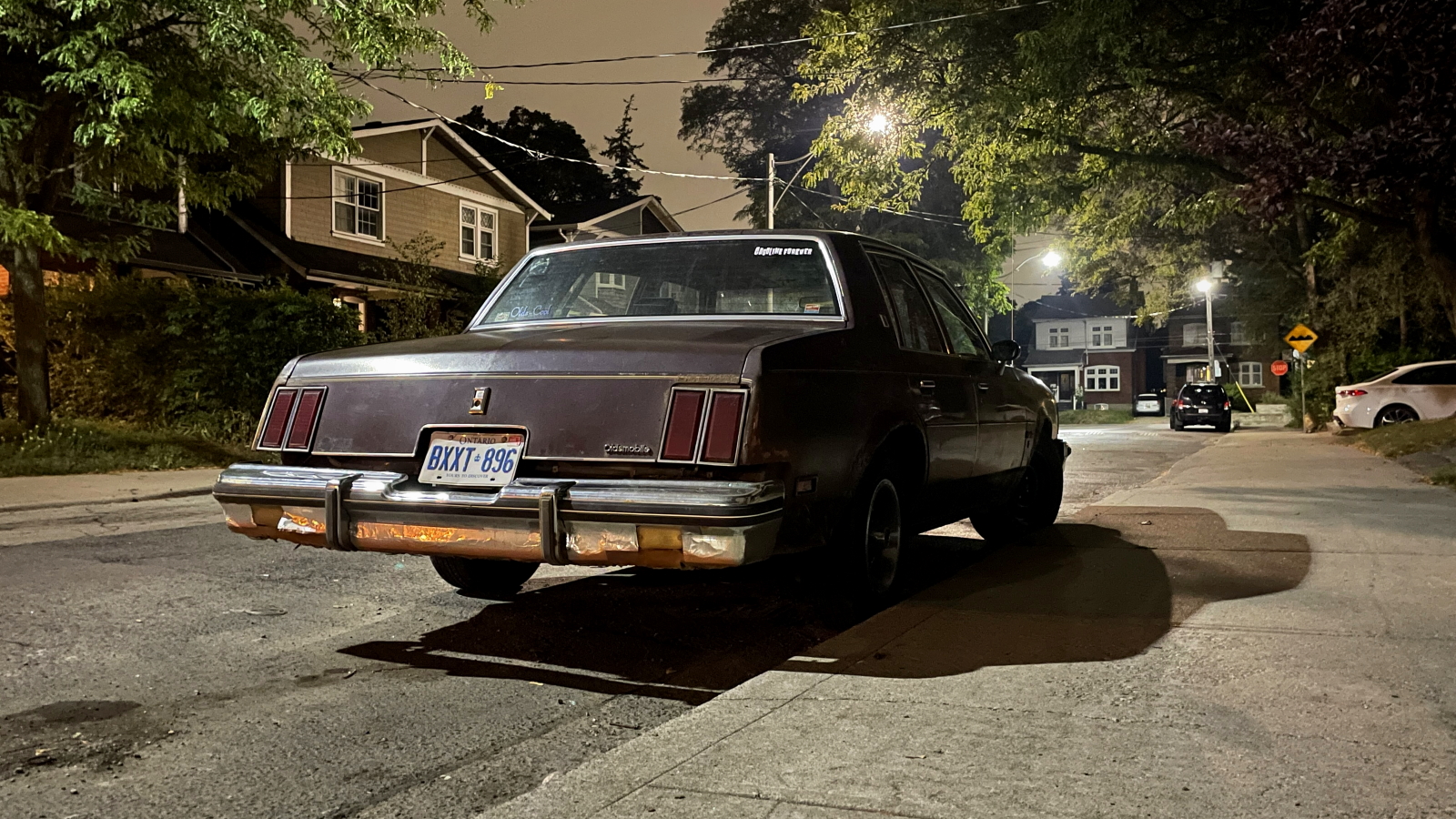 While it’s been years since I last saw the Cutlass, I’ve flirted with the concept of going back. After all, I met some really good friends through this car. Nick once offered me the Cutlass on a wicked set of slot mags for a really good price. At the time, I couldn’t take it. I was in the midst of a massive job change and just didn’t have the liquidity to confidently take on the old thing.

As I dropped off the Genesis GV60 I took to Detroit and saw my 3-Series, I realized that I wouldn’t want to go back. Call it growing soft, or old, or mature, or dull, modern cars are just so good that it’s hard for me to justify spending all my time fiddling with Quadrajets. I now have a job, a flat, bills, groceries, nights out, succulents on the coffee table, and I’m seeing someone. The sort of things that get in the way of big projects, but I wouldn’t get rid of any of them for the world. Rent Boy was right. There’s joy in choosing life, getting by, looking ahead, the day you die.

Thomas is a Nu Rave-blaring, heel-toe downshifting, maple syrup-swilling, chassis-geeking, junkyard parts-hauling, floppy-haired scenester who's been writing about cars since college. His current ride is a 2006 BMW 325i with the six-speed manual gearbox. Instagram: @thomas.hundal Twitter: @thomashundal
Read All My Posts »
PrevPreviousHere Are The Wildest Chinese Electric Sports Cars You Haven’t Heard Of
NextToday I Learned That KITT from Knight Rider Had A Rubber Shell And There Was A VW-Powered OneNext