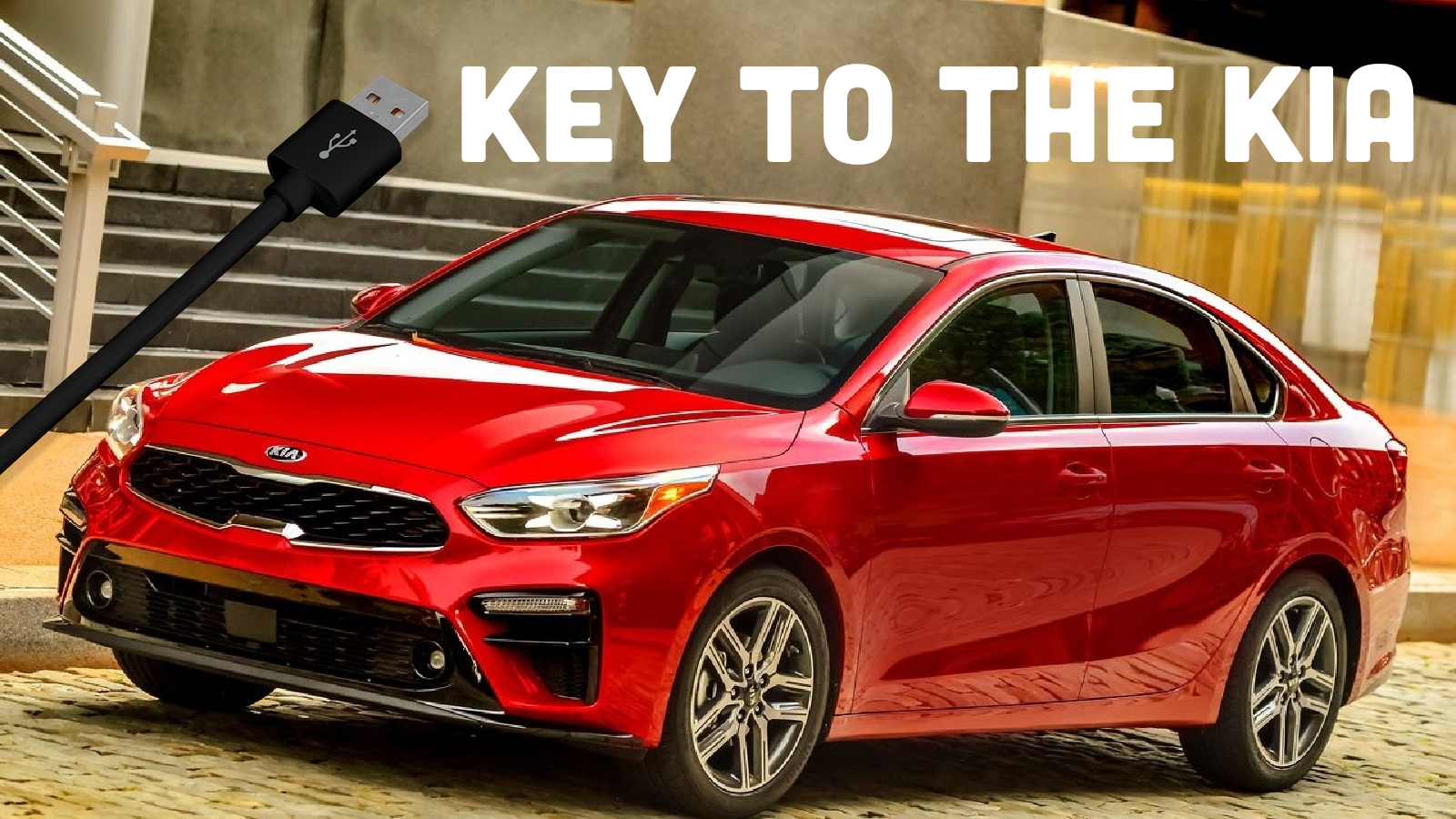 Hyundai and Kia owners all over the United States are finding themselves in a terrible situation. Thieves–sometimes teenagers following TikTok trends–are exploiting their vehicles’ ignition systems to steal the cars. Thefts appear to be on a meteoric rise as these cars are reportedly easy to steal, requiring only a USB cable and about a minute of time. And worse, you can watch the phenomenon unfold right on social media.

Last year, news stations and police in Milwaukee, Wisconsin reported on an alarming problem. In 2021, some 10,479 vehicles were stolen in the city. That number is up from 2020’s statistic of 4,500 thefts.

What happened to make car thefts more than double in a single year? People–reportedly sometimes as young as 12–have found out that Hyundais and Kias are apparently easy to steal. Two-thirds of the vehicles stolen in the city in 2021 were Kias and Hyundais. Sadly, this year is looking no different. These stolen vehicles reportedly get used for joyrides, stunts, and in the commission of other crimes.

As Milwaukee deals with a second year of elevated car theft numbers, other cities are beginning to find themselves facing the same problem. As Carscoops reported earlier this month, authorities in St. Paul, Minnesota are reporting a 1,300 percent rise in thefts of Kias and a 584 percent increase in Hyundai thefts. What that translates to is 256 Kia and 212 Hyundai thefts this year thus far compared to just 18 and 31 last year, respectively. The statistics are looking very similar in Grand Rapids, Michigan, where 45 percent of the stolen cars this year are Kia or Hyundai. St. Louis, Missouri, Columbus, Ohio, Chicago, Illinois, and Memphis, Tennessee are among a long list of cities where Kia and Hyundai thefts are rising this year.

If you look up these thefts on social media you’ll quickly find that this may not be just a random rash of crime. Some of the people who allegedly steal these cars call themselves the Kia Boyz, and videos of them can be found on TikTok, YouTube, and Instagram.

I’ve spent the past couple of days going through scores of these videos and at times I couldn’t believe what my eyes were seeing. In one video tagged as #kiaboyz, a Kia with Illinois plates drives through a school’s sidewalk as students board buses.

In another, someone hangs out of a window and fires a gun. Other videos show Kia and Hyundai vehicles randomly swerving down city streets. Some show vehicles crashing and some appear to be filmed by bystanders watching as people pull up in one Kia to take another. The videos even show people in Kia and Hyundai vehicles taunting police. We cannot confirm if any of the featured vehicles are stolen, but at the very least, they’re being used recklessly.

And sadly, this also goes beyond just stolen property. The Columbus Dispatch reports that earlier this month, two 14-year-olds allegedly connected to Kia Boyz died after crashing a reportedly stolen Hyundai. Also this month, a suspected stolen Kia Sportage in Minneapolis killed a 70-year-old woman in a crash. There are a number of other similar stories like those.

Back when I wrote a few stories about this at the old lighting site, a question that I had is “how?” The news reports that I sourced said thieves are starting Kia and Hyundai vehicles by exploiting the cars’ ignition systems. From a Milwaukee Journal Sentinel report:

Officials have determined that the models of Kia and Hyundai vehicles being targeted lack engine immobilizers, an electronic security device that makes it more difficult to start a vehicle without a key.

And another, from a WISN 12 interview with Milwaukee Police Sgt. and spokesperson Efrain Cornejo and Ryan Martin, a manager of a Milwaukee area body shop:

“They take like pliers and they’re able to get the car started with just pliers,” Martin said. “That seems to be pretty simple.”

“There’s a mechanism that they manipulate and it could be as easily manipulated with a USB cord,” Cornejo said.

When asked specifically how, he said, “I don’t want to get into the particulars of it just because, you know, it is a concern that we have for other individuals to find out,” although the exponential increase in numbers indicates the word and method is out there in the public domain.

“It’s not connected or plugged into anything else. They use it kind of like you would use the tip of a screwdriver, for example,” he said.

The targeted vehicles–typically newer model years without push-button start–are said to lack immobilizers. Thieves get in by breaking a window then manipulating the vehicle’s ignition system with a USB cable.

But how? How do you start a Kia or a Hyundai with just a USB cable? Unexpectedly, I found a number of how-to videos on TikTok and YouTube, most of which have now been taken down. Assuming these videos weren’t staged, it appears that the process really is as easy as reports suggest. I watched a video of a self-proclaimed group of Kia Boyz breaking into a Kia. They tore apart the steering column, then shoved a USB cable into a broken ignition switch. It took less than a minute and the Kia fired up as if the USB cable were the car’s key.

And that was just one method. Another method that I saw a how-to for involved shorting out pins in a connector attached to the steering column. I won’t get into the specifics or share the videos that are still up, but it really does appear to be as simple as reported.

In 2021, a class action lawsuit was filed against the two automakers on behalf vehicle owners. Around the same time, news outlets as well as the city of Milwaukee requested comments from the automakers. Kia and Hyundai responded, saying at the time that 2022 vehicles will come equipped with immobilizers. From WTMJ-TV:

Kia says starting in model year 2022, its vehicles will feature an ‘immobilizer’ as a standard, so the cars will not be able to start in a nontraditional manner.

Unfortunately, as ABC 6 reports, 2022s are getting stolen as well. So immobilizers may not be enough to completely prevent thefts of these machines.

If you own one of these vehicles, there are a few ways to protect yourself. One sounds obvious, but if you have a garage, definitely park the car in it. And when the vehicle is parked outside, use a steering wheel lock. If you’re in Milwaukee, you can get a free steering wheel lock from the police. You will just need to show proof of ownership. A steering wheel lock won’t prevent a theft, but it adds an extra layer to stealing your car. That might be just enough to deter someone from taking your car. You can also pick up an aftermarket immobilizer. Again, a determined-enough thief can defeat one, but it’ll slow them down.

I reached out to Kia and Hyundai for comment on this story and received this statement back:

Kia America is aware of the rise in vehicle thefts of a subset of trim level vehicles.  As of the current 2022 Model Year, all Kia vehicles have an engine immobilizer fitted as standard.  All Kia vehicles for sale in the U.S. meet or exceed Federal Motor Vehicle Safety Standards. Kia customers with questions regarding their Kia vehicle should contact the Consumer Assistance Center directly at 1-800-333-4542 (4Kia).

Editor’s note: To be fair, we haven’t done an analysis on how different Hyundais and Kias are compared to the competition when it comes to ease-of-theft. The point here is that these particular vehicles are being targeted, in part, due to a trend on social media. -DT

Mercedes is a lifelong fan of all things powered by an engine. When she isn't driving one of her five Smart Fortwos or her 14 other vehicles she could be found in the cockpit of a Cessna 172 or perhaps swimming in any body of water that she could find. She also has a deep love for buses of all kinds. Please send her buses. mercedes@theautopian.com Instagram: @mistymotors Twitter: @Miss_Mercedes30 Facebook.com/neonspinnazz
Read All My Posts »
PrevPreviousHere’s Why My Diesel Manual Chrysler Voyager Failed Germany’s Ridiculously-Strict TÜV Inspection. Again.
NextCold Start: Heart Of GlasNext