Look At These Mind-Scrambling Examples Of Sealed-Beam Headlight Holdouts 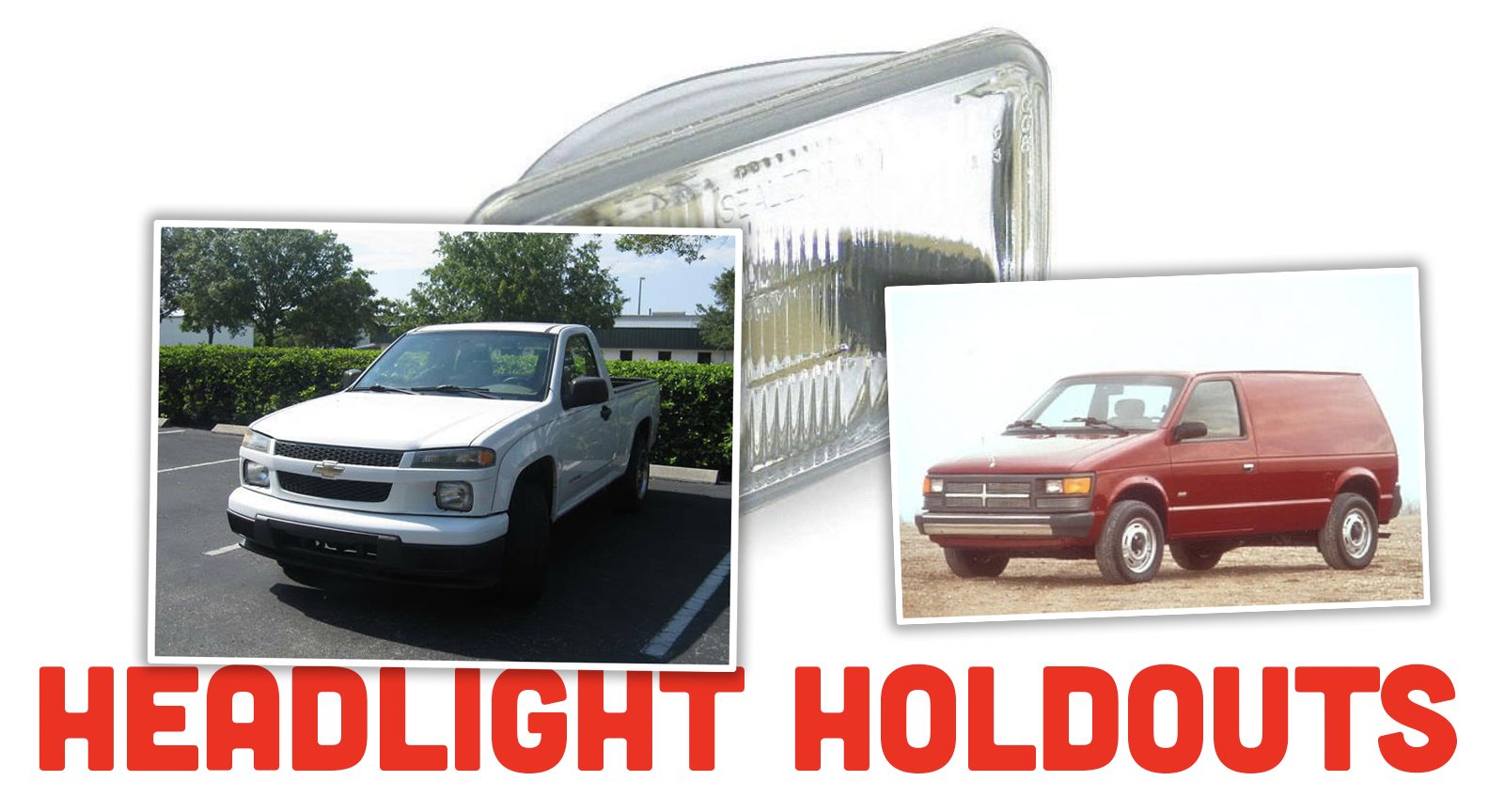 Familiarity is a strange thing. When I was a kid growing up firmly in the era of only four headlight options for all cars – single or dual round sealed beams, or single or dual rectangular sealed beams – I longed for the freedom enjoyed in Europe and the rest of the world where headlights could take on special shapes thanks to tailored-to-specific car model plastic or even custom glass. When this headlight freedom finally arrived in America in 1984 with the Lincoln Mk VII I was ecstatic, and have enjoyed this bold era of wild headlamp experimentation. And yet, at the same time, I now find myself weirdly nostalgic for those old, crappy glass lights, which I think is why I find examples of the very last examples of sealed-beams so exciting. So let’s check these out!

These examples were sent to us by an Autopian named Oliver, who first clued us in to an interesting example, not really a recent holdout, but more of a little-known variation from the early 1990s. Behold: 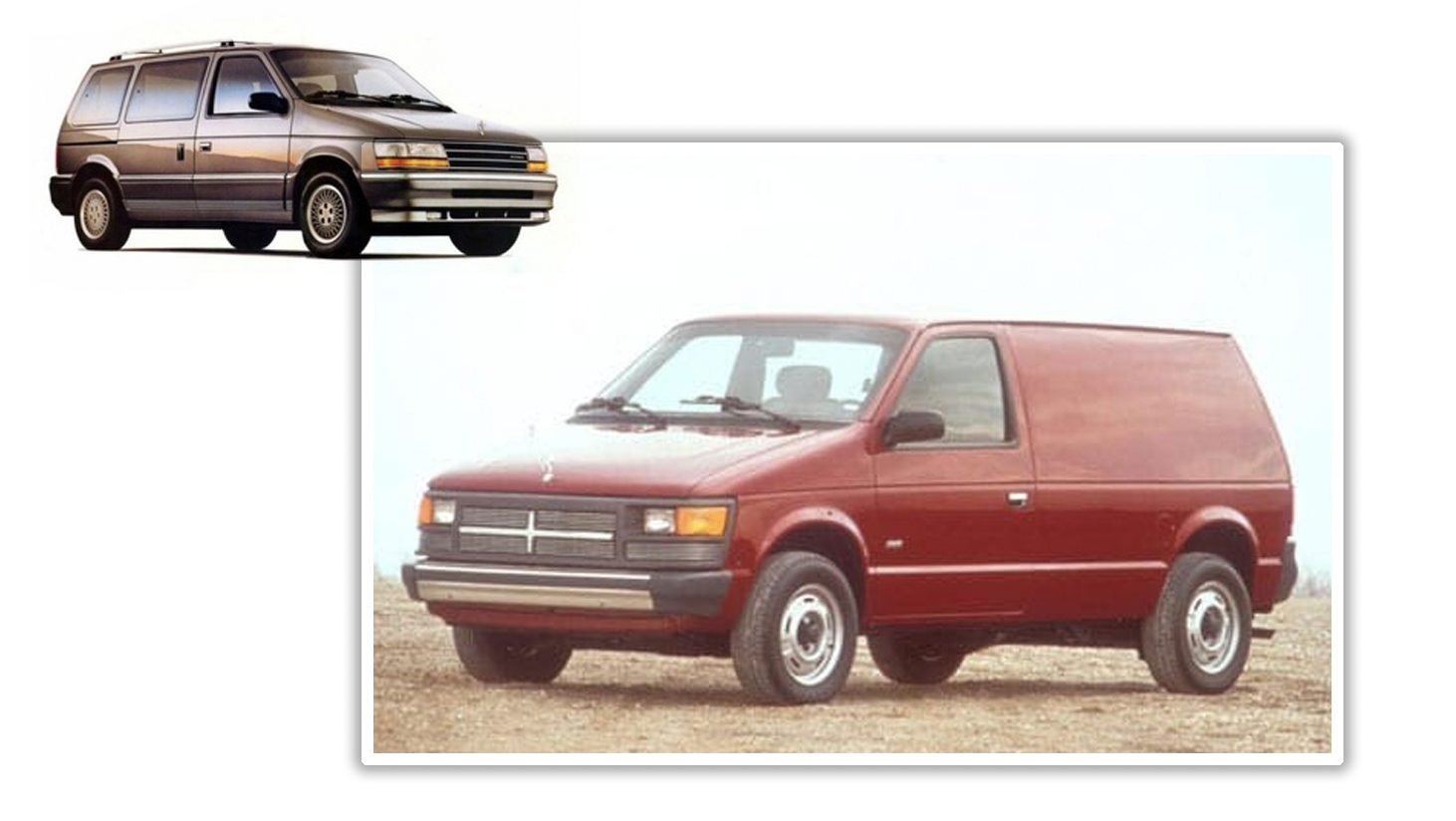 Yes, that’s a second-gen Dodge Caravan minivan there, but with a strange-looking black plastic front face that incorporates rectangular sealed-beam headlights. You can see the normal 1991 Caravan up there in the corner to compare what the normal face looked like, with its shaped, composite headlights.

That black face must have been some incredibly rare fleet-vehicle special, only used in, I assume, places where I’m not, because I’ve never seen this remarkable thing. I was wondering if it was just some sort of odd, penny-pinching styling exercise that never made it into production, but our man Oliver provided an official parts list and diagram that seems to show that yes, these were real, somewhere: 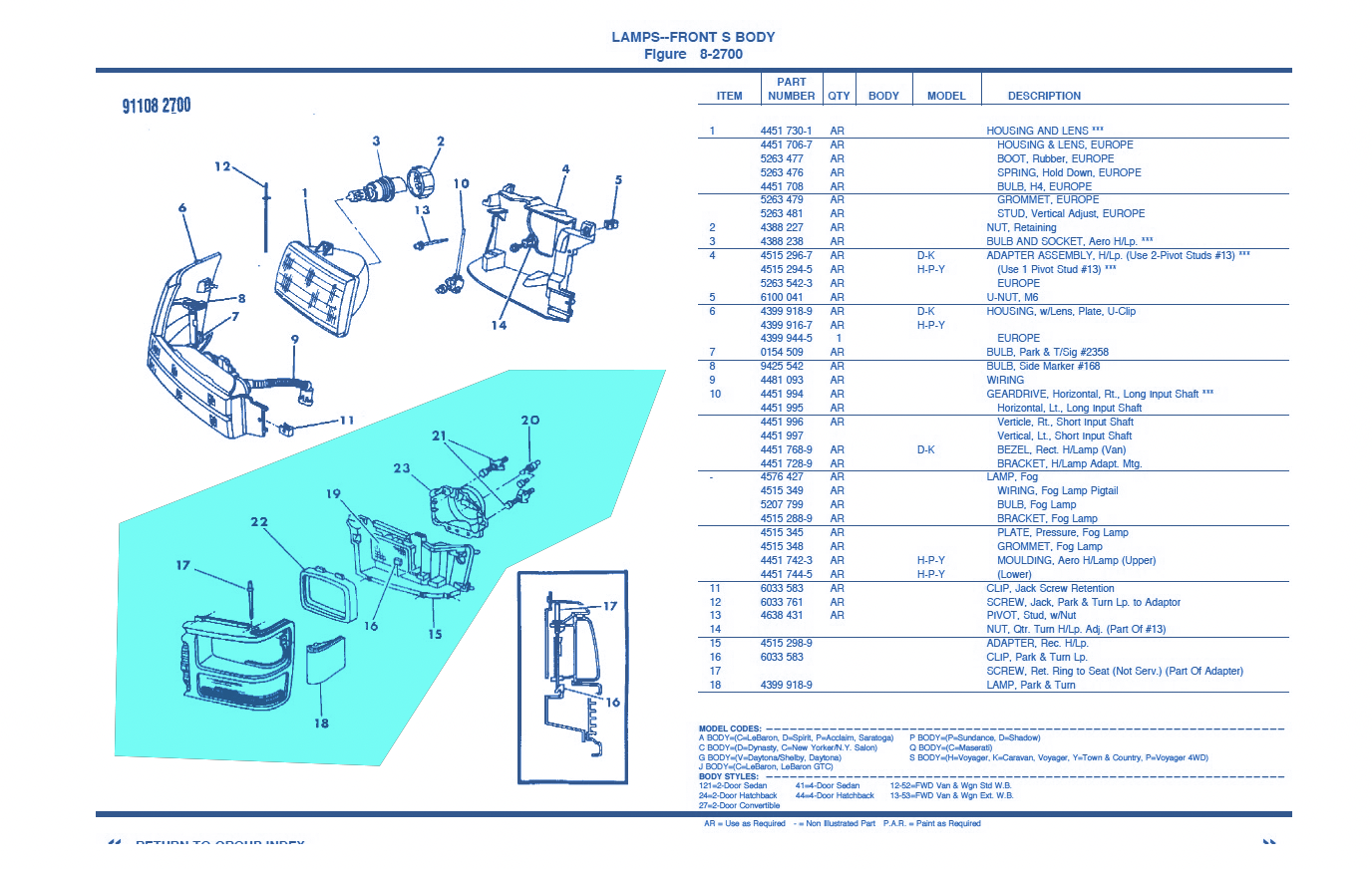 This example is fascinating because of its incredible rarity, and the fact that it appeared in the early era of composite headlamp adoption, and appears to be a prudent hedging of bets on Chrysler’s part, and a reminder that those fancy-ass new shaped headlights are much more expensive than off-the-Walmart-shelf sealed beams. 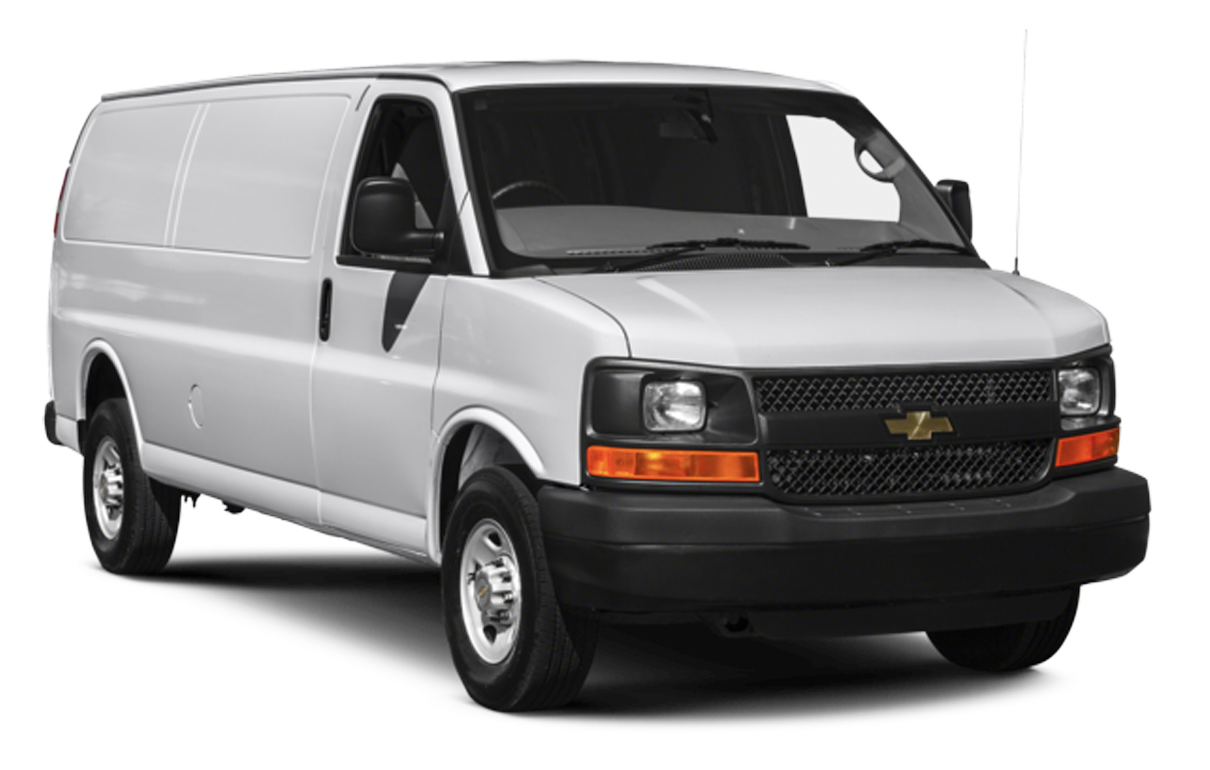 That cost issue is the entire reason why sealed beams have lingered on as much as they have, and that’s why the only recent examples have been fleet vehicles. The 2017 Chevy Express (up above there, watching you) was the absolute last holdout for sealed beams in America, and I feel like that workhorse van has gotten plenty of attention as such.

What hasn’t gotten nearly as much attention is the other example Oliver showed me: a mid-2000s Chevy Colorado truck with sealed-beam rectangular headlights. Just look at this thing: 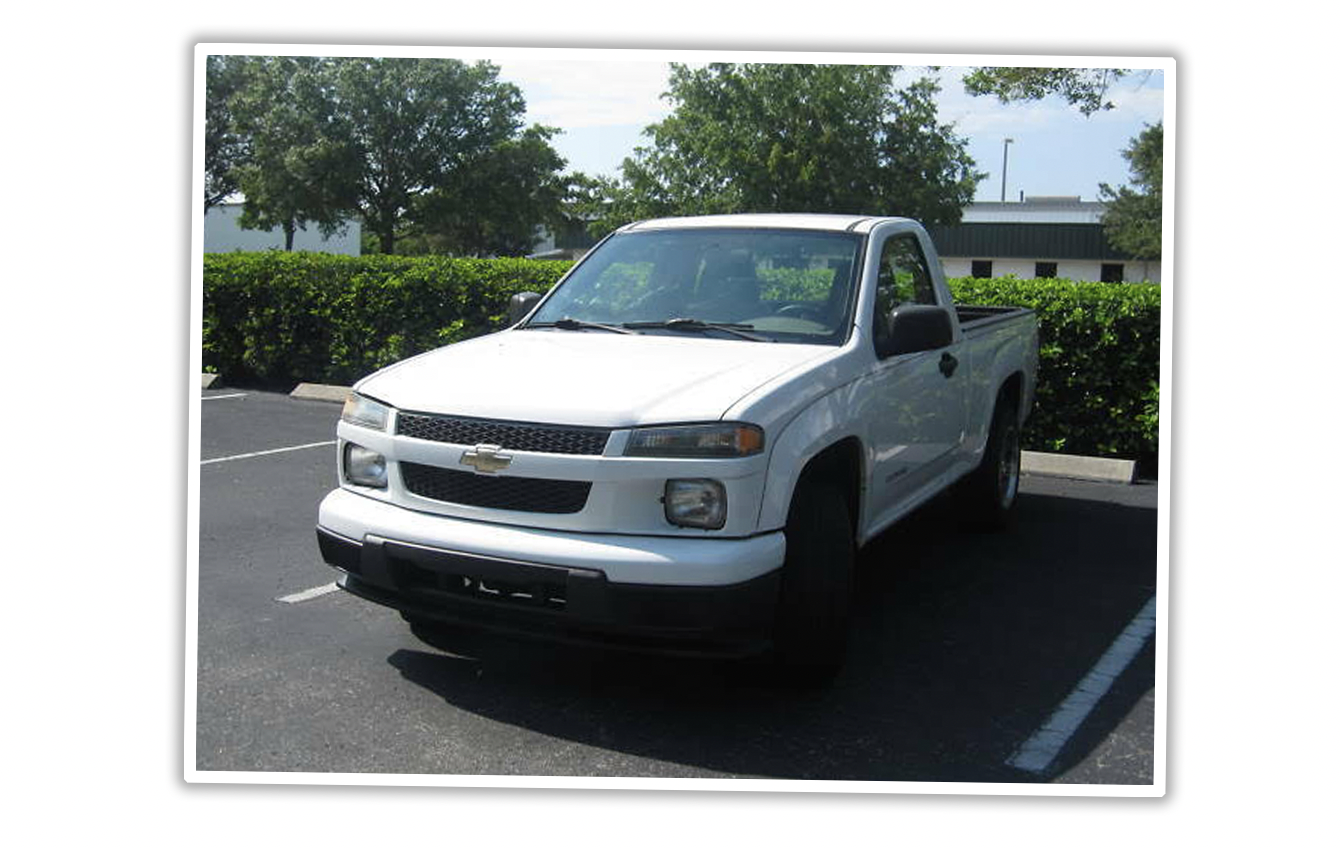 Holy crap. This one is incredible because this first generation of Chevy Colorado (2004-2012) was designed to use composite headlights very specifically, like pretty much everything from this era. Here’s what it normally looks like: 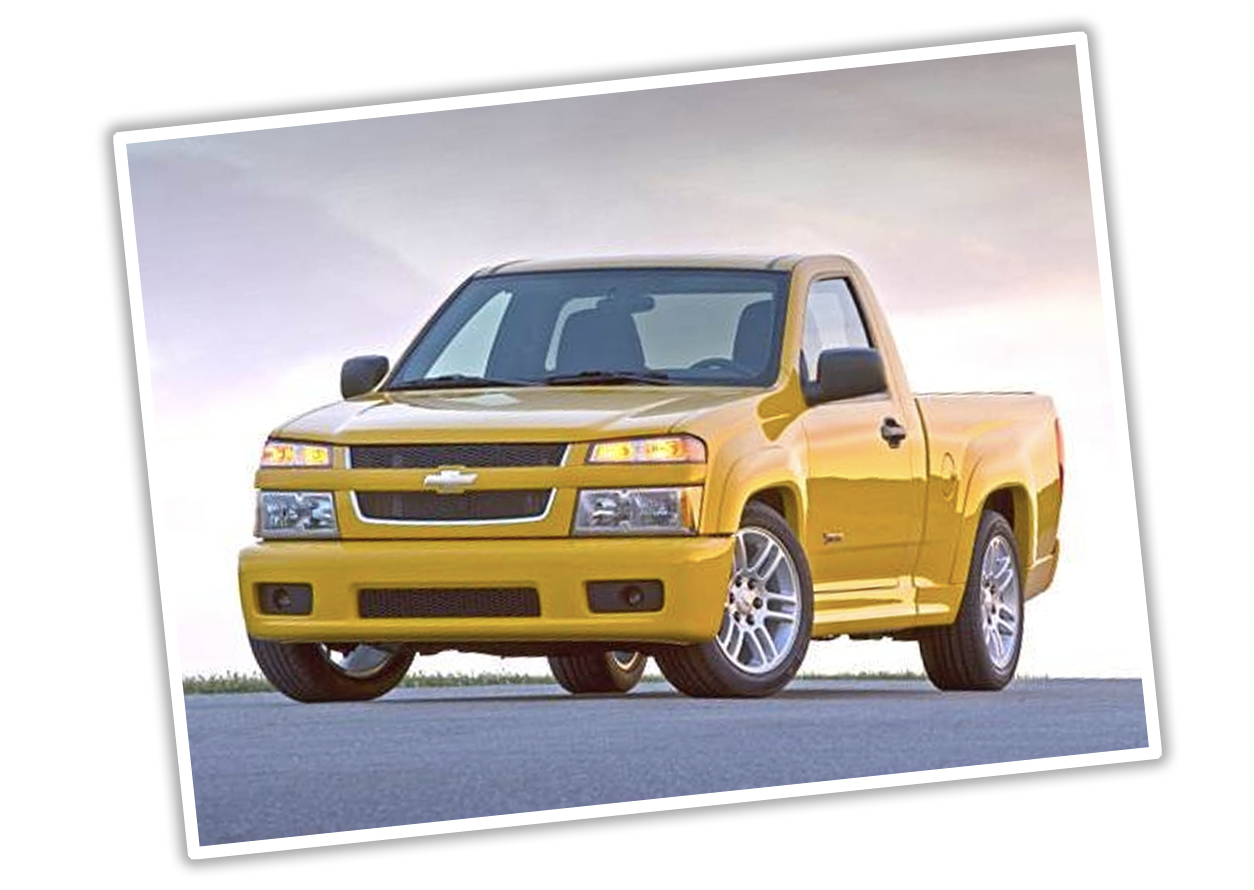 As you can see, those composite headlights are a key anchor in that front end design. When they’re replaced with rectangular $8 sealed beams you get to see the fascinating hoops some junior designer had to jump through to make this somehow work.

Some even went even more fleet-chic and didn’t bother painting the front end plastic: 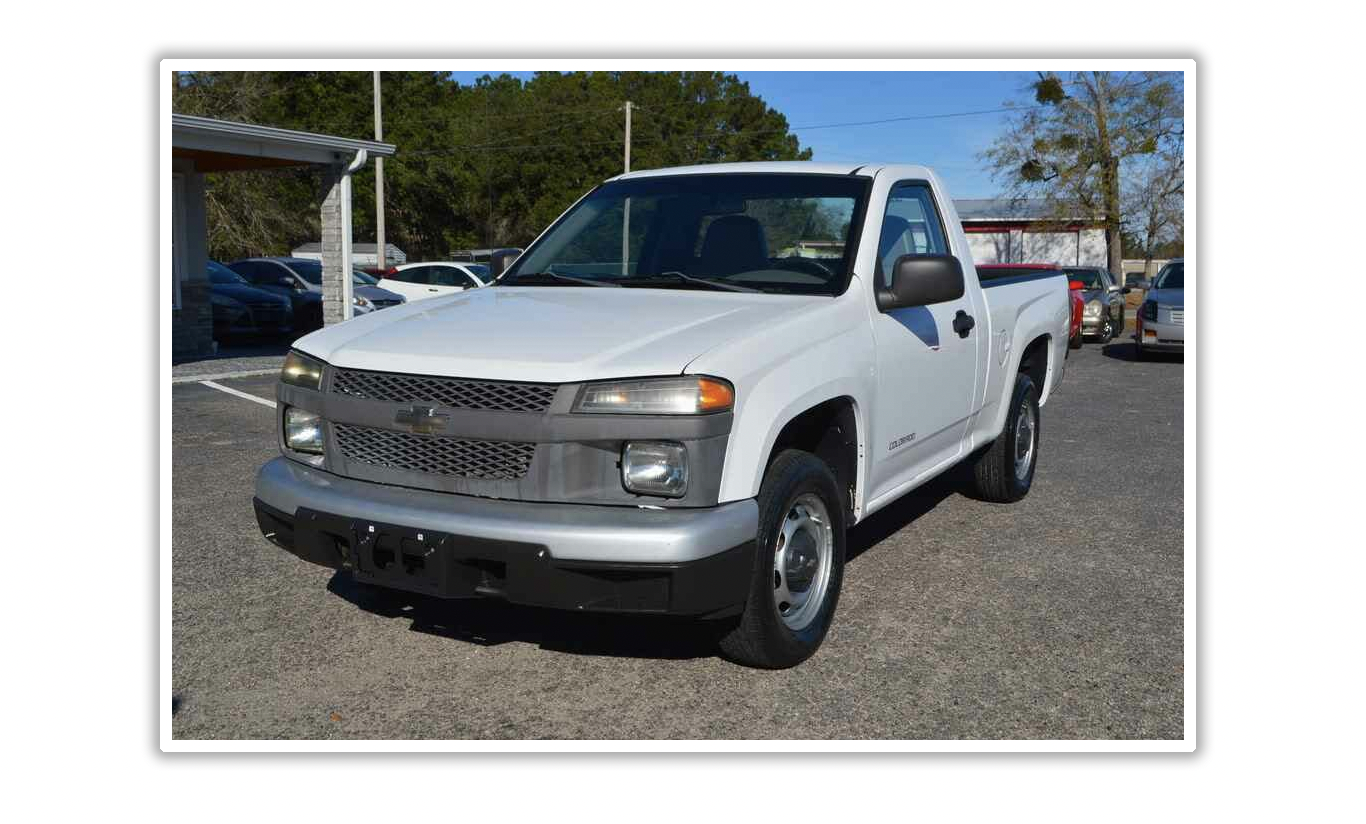 From an anthropomorphization standpoint, its interesting to note that the indicator/parking lamp/DRL units above the headlights seem to read more as the eyes, at least to me. I can force myself to shift to the lower lamps as eyes and the indicators as eyebrows, but it takes some effort.

I’d also like to point out that it’s not just Oliver and me who find this sealed-beam Colorado fascinating; the Internet’s Mr.Regular seems to be equally flabbergasted as well:

See? It’s got to be important, because we now have three people on record as being interested. What more do you want?

Really, I kind of love the look of the Colorado with sealed beams, and each of these examples is a great way to highlight what the sealed beam does really well: be cheap.

Well, being cheap, and not clouding up into a miserable milky haze like so many aging composite headlights do. Those are important things in the right contexts, and even if they were derided as boring and a styling nightmare, I’m always excited to see modern-era designs made to work with these old cheap glass globes and prisms.

If anyone knows of other 2000s-era sealed beam vehicles (not like big trucks or fire engines and stuff–those we know hold on to them) I’d love to see them!

I'm a co-founder of the Autopian, the site you're on RIGHT NOW! I'm here to talk to you about taillights until you cry and beg me to stop, which I absolutely will not. Sorry. Hug? Also, David's friend.
Read All My Posts »
PrevPreviousA Hapless Tourist Sent A Maserati Levante Down The Spanish Steps Because He Said His Nav Told Him To
NextResearcher Demonstrates That Teslas (And Potentially Others) Are Vulnerable To A Bluetooth Hack That Allows Cars To Be Unlocked And DrivenNext