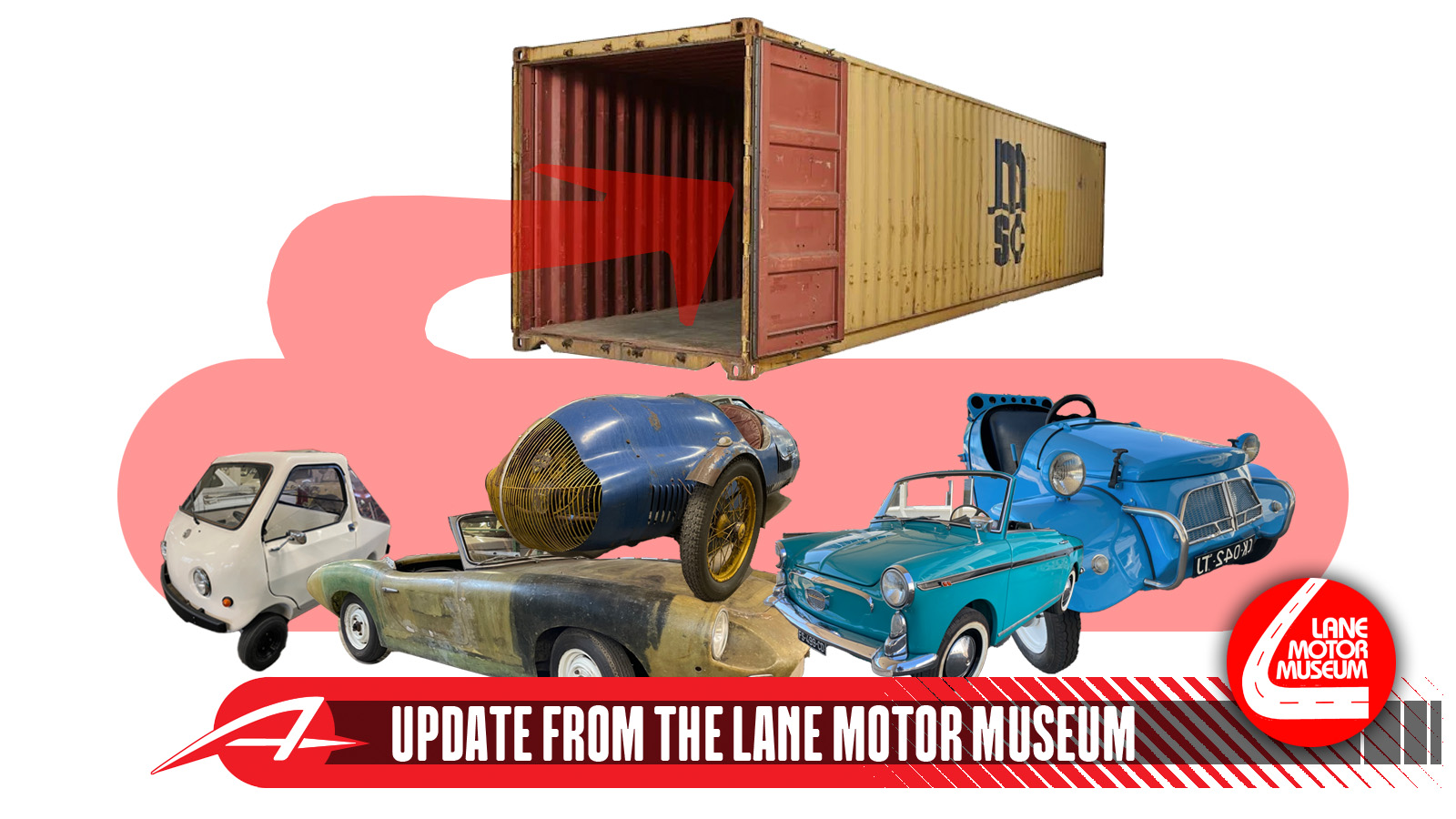 At Lane Motor Museum, where I work as education director, we continue to add to our collection of rare and unique European vehicles. One way we do that is through a shipping container that usually lives in a port in the Netherlands. When the museum acquires a car from mainland Europe, it gets sent to that container. Once its full of about 4-6 cars, along with parts and engines and the like, it’s buttoned up and sent to Nashville. We typically get a shipment once a year.

We just recently received our latest shipment last week. Excitement abounds because even with the names of the cars on the manifest, we usually have no idea what we are getting, or what condition the cars are in until we crack open the container doors. It’s like one of those Kinder egg toys, but instead of a .04 cent plastic toy that could possibly be a choking hazard even for adults, it’s, you know, a weird car. 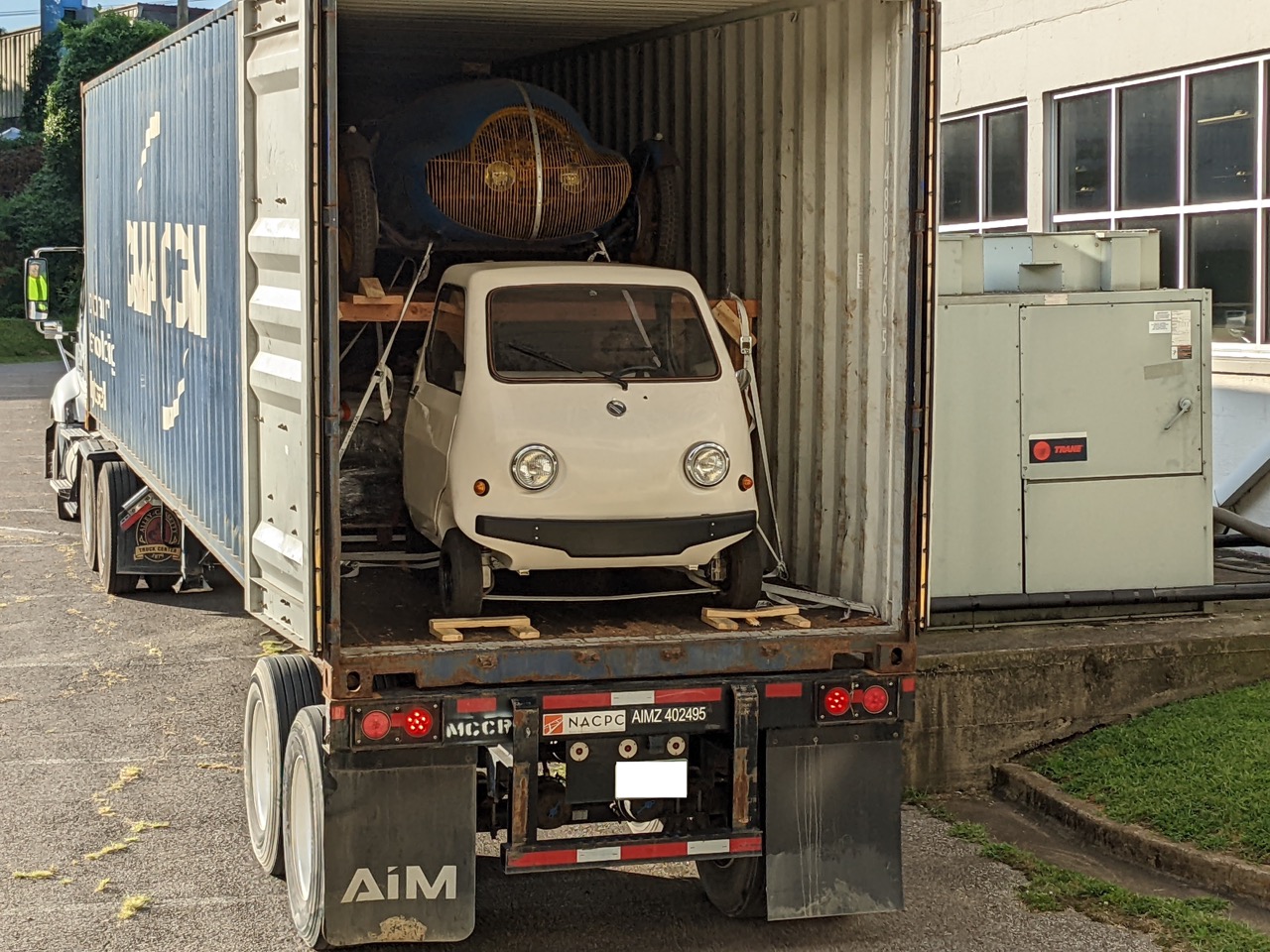 Oh boy, the tension is palpable. It’s like Christmas or Hanukah in August. “Whaddya think that is? I hope we get something sporty!”  the children exclaim. 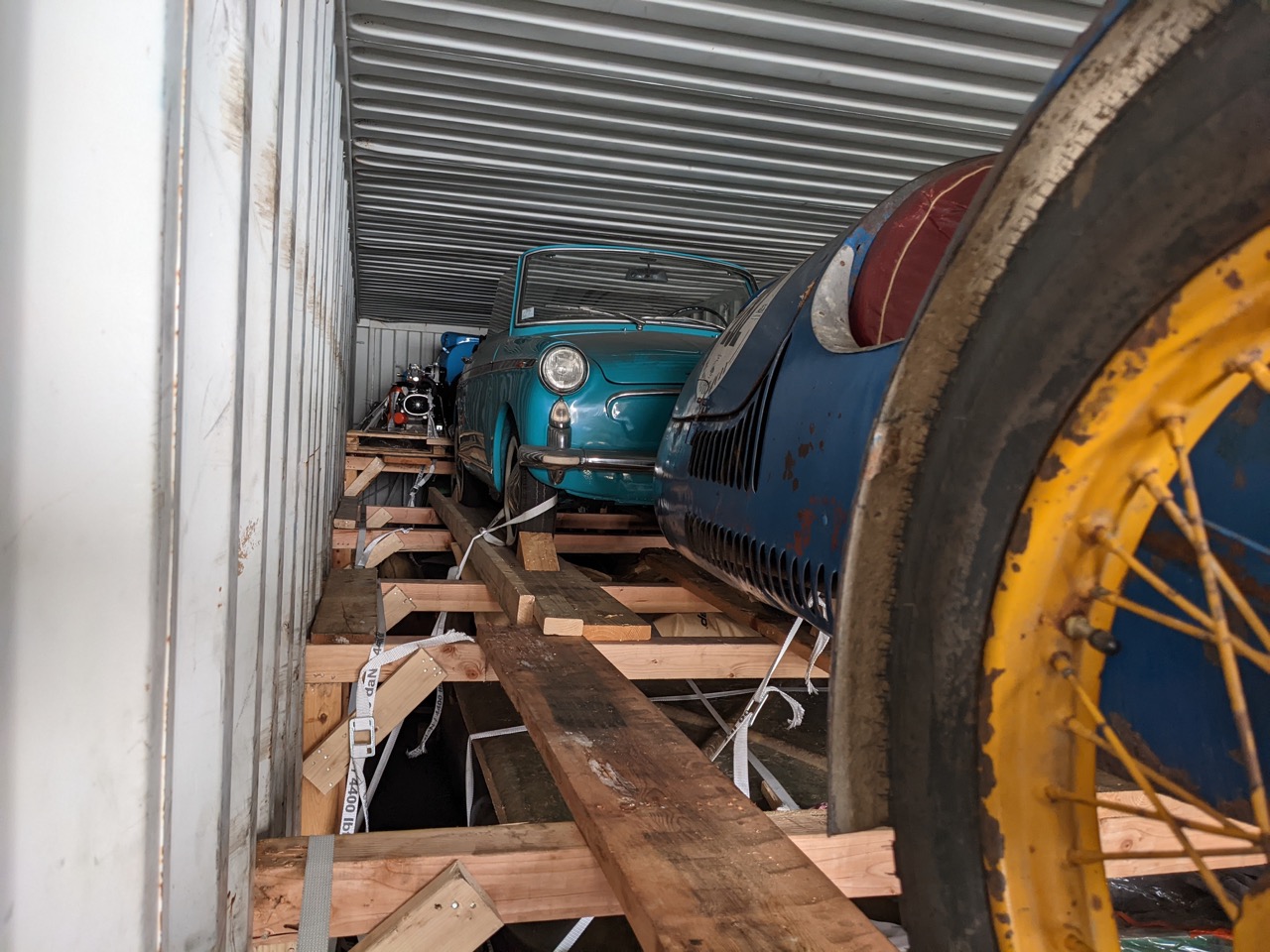 Ah, then reality sets in. See, in order to maximize space, the loading crew in the Netherlands has packed things in there tight and have built wooden supports to create an upper level. The challenge comes in while trying to undo what they have built, sometimes really well, to get the cars out. Oh, and we have to do this as quickly as possible, because we have rented the semi-truck to transport the shipping container from the rail yard to the museum. We also have to return the container completely clean and nail-free. 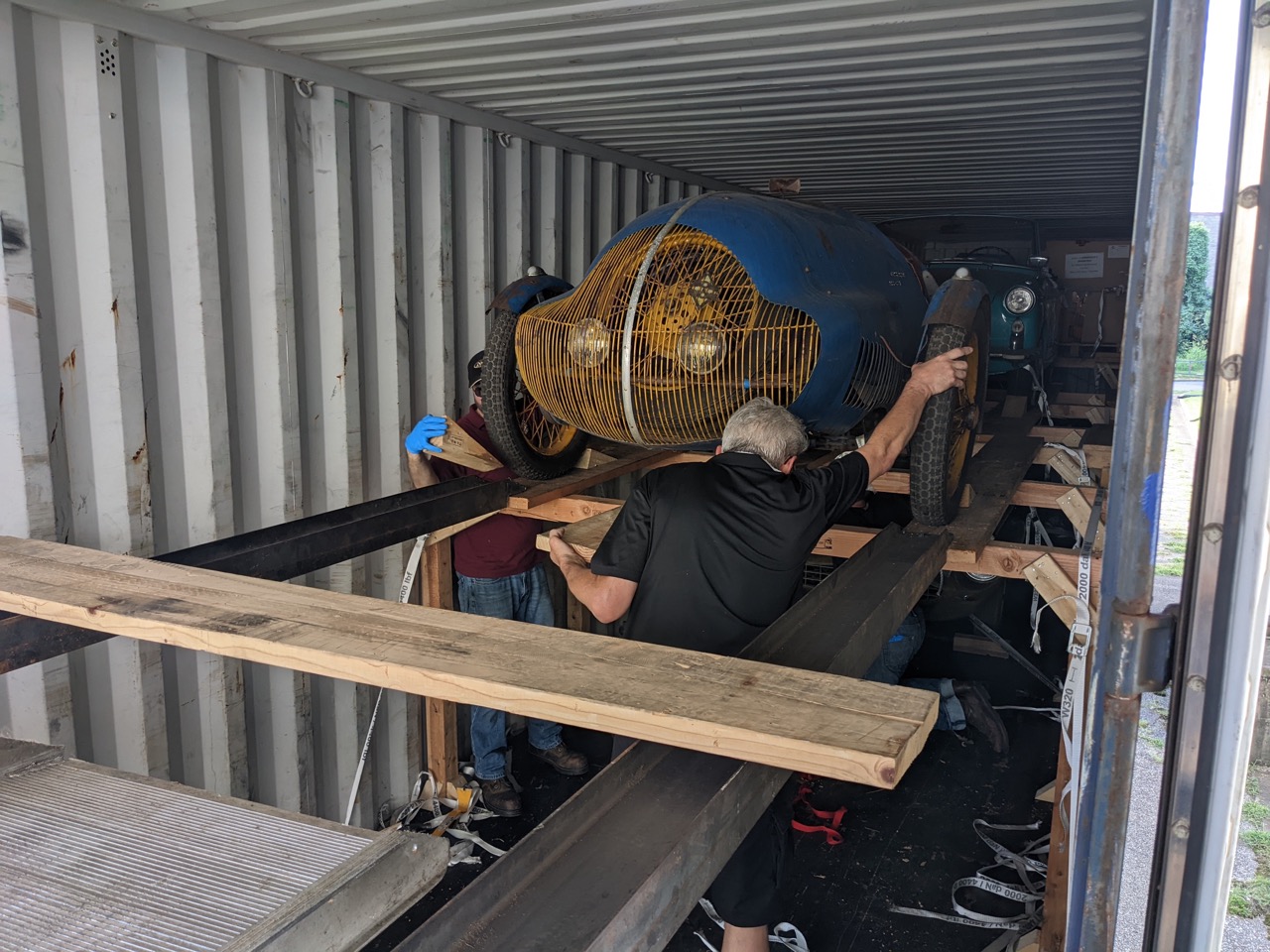 The cars and parts on the bottom level come out pretty easily. 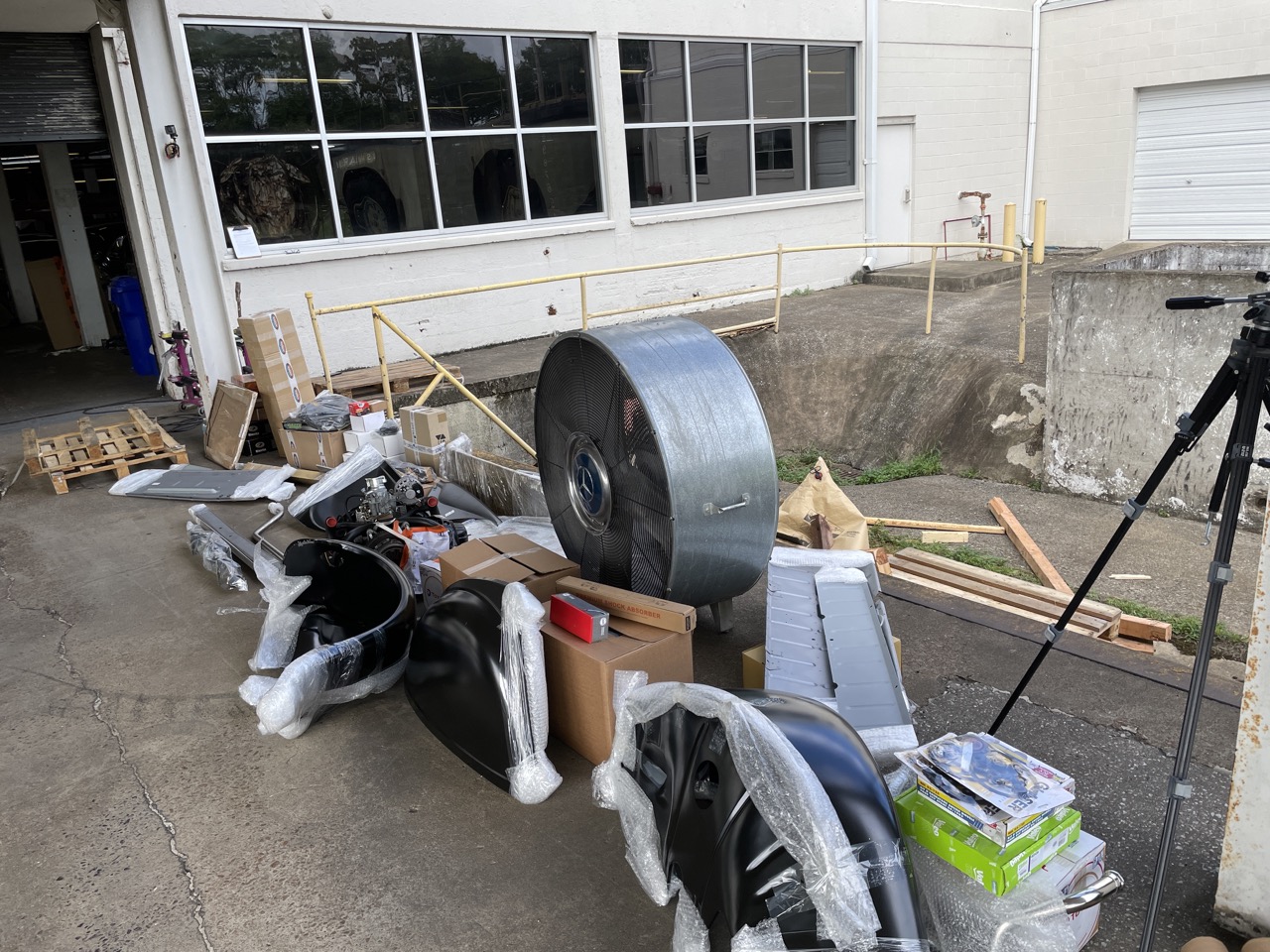 This pile of parts is basically a complete Citroën 2CV, minus the chassis. We already have one of those from a previous shipment. 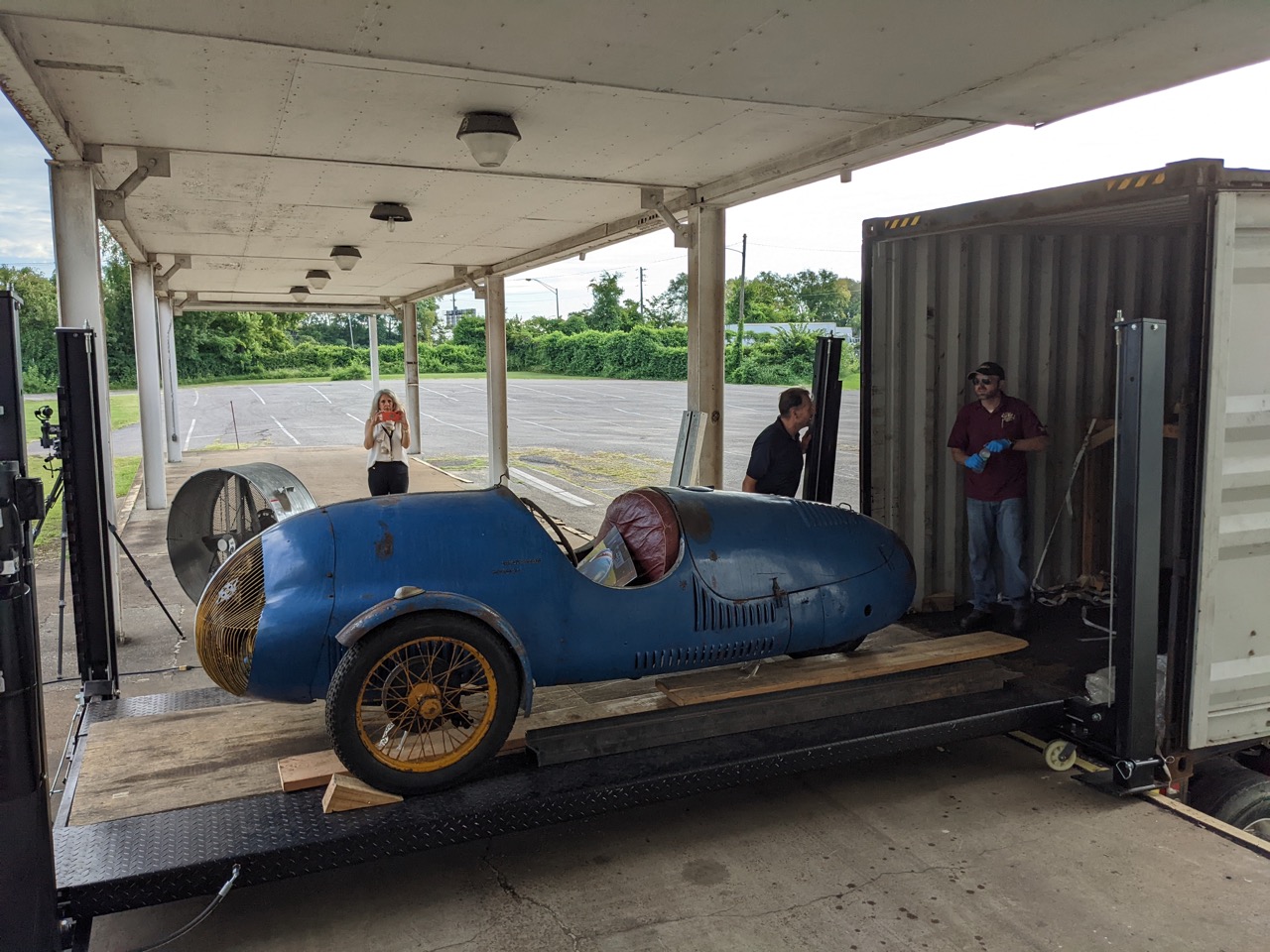 Using our portable lift, we were able to get this homebuilt French three-wheeler off of the top rack. I’ll dive into what this car is in a bit. 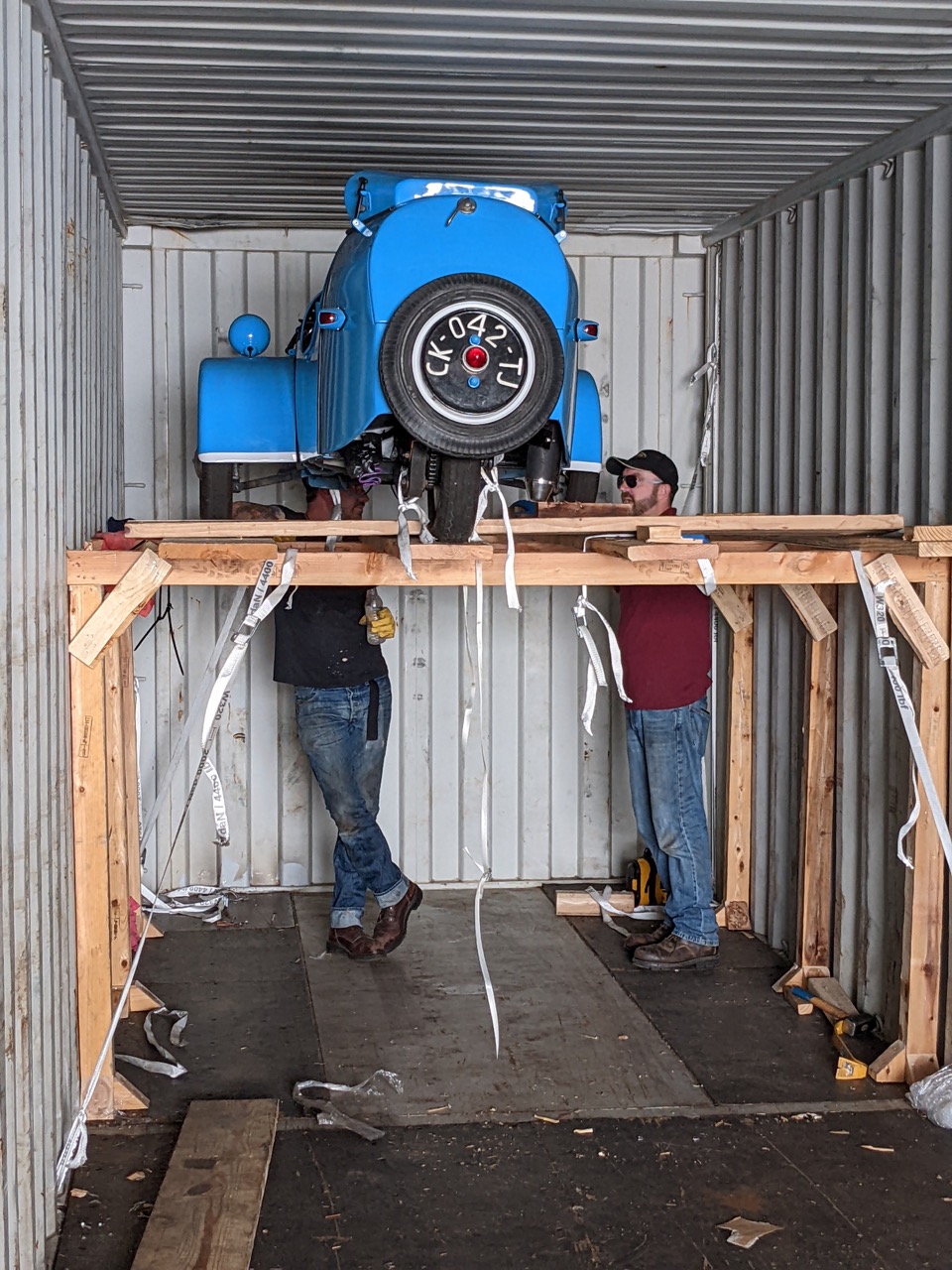 By the time we got to the last car, another three-wheeler, presented us with the biggest challenge of the day. The lift is too wide to fit inside the container, so how are we going to get this thing out of its Dutch-built cradle and safely onto level ground? 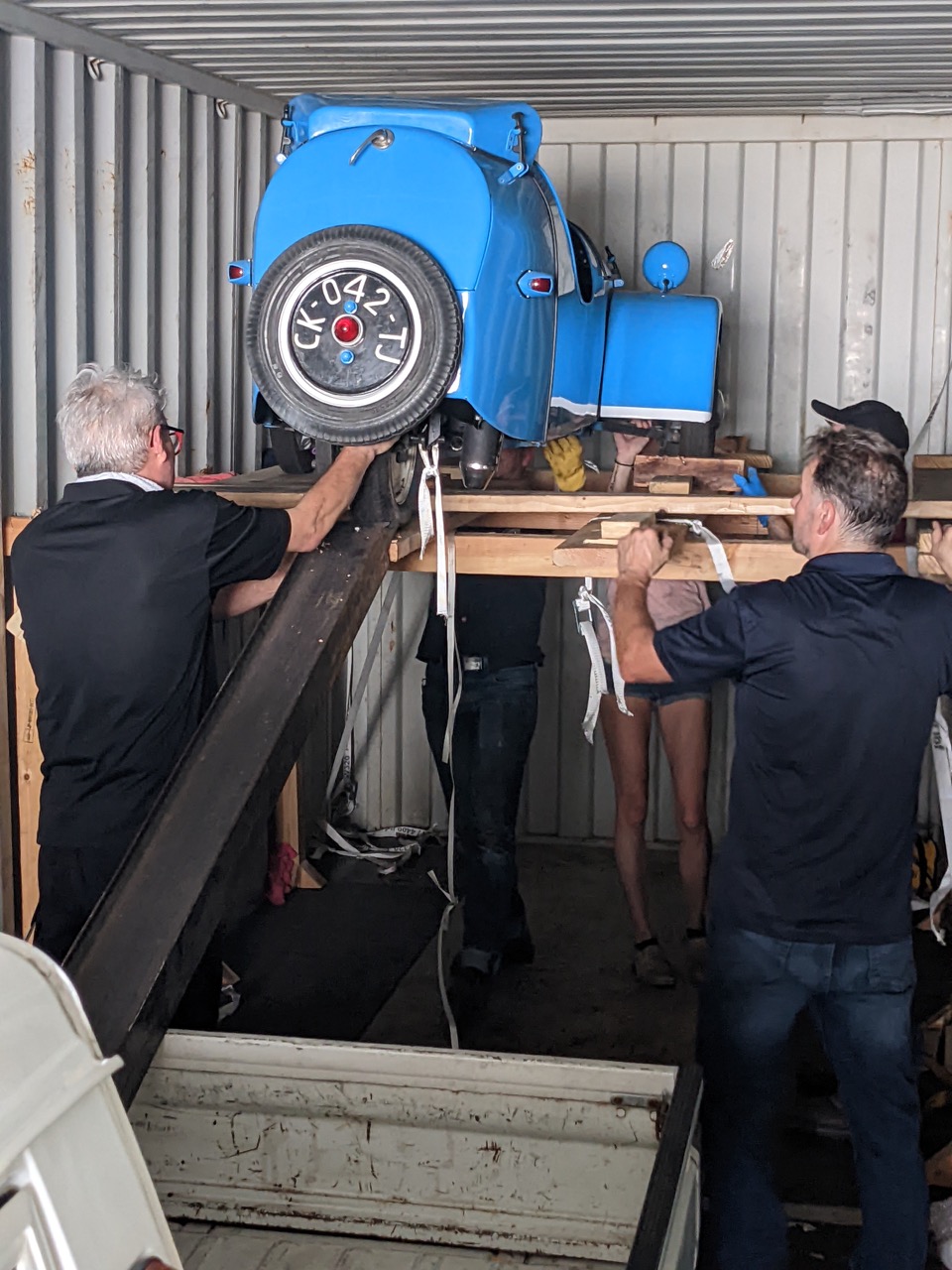 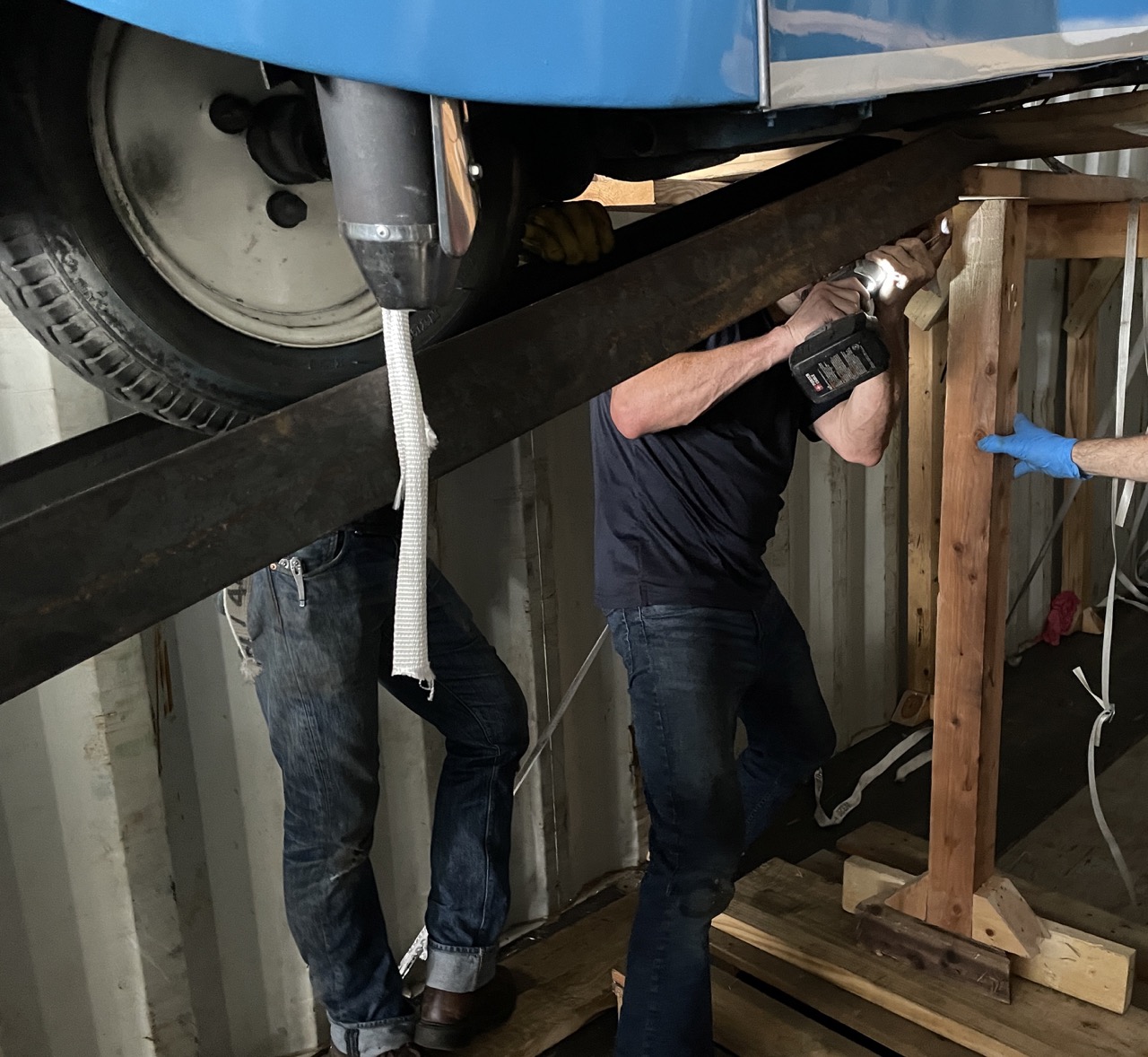 We surmised that the car’s front wheels could be lifted out of the cradle, but how to support the rear wheel while lowering the rest of the car? A steel beam was located that fit the rear wheel just right. It was secured to the wood framing for some modicum of safety. 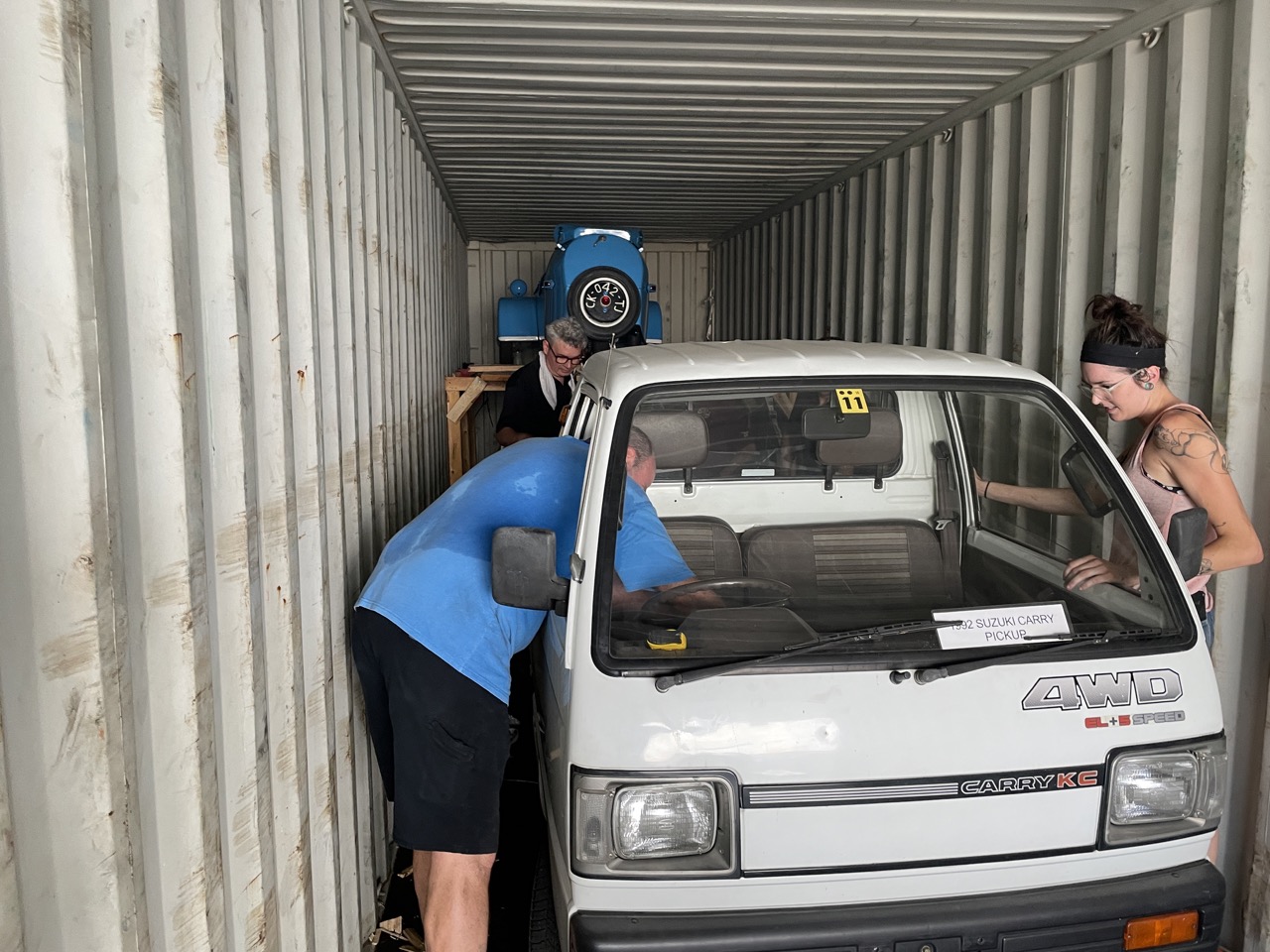 I figured our Suzuki Carry-All would be skinny enough to fit in the container, so I was volun-told to man the controls while everyone else lifted the car onto the makeshift very well-built steel ramp.

At this point, I couldn’t take pictures, because my hands were full. Let me set the scene: I was tasked with backing the truck up to get it close enough to set the car’s rear wheel onto the ramp. So, I had to reverse up a slight incline, all while not running over my coworkers, plus I had to keep my foot on the gas to keep the car running (it doesn’t have a choke). It was the ultimate heel-toe, with my feet pushing on all three pedals at once, then letting the clutch out while pressing the gas and easing off the brake, and at the right time disengaging the hand brake. All the while everyone is yelling at me either “whoa!” or “go!”. I’m still not sure which one they were yelling. Oh, and the heat from the running engine brought the temperature inside the container from 110 degrees Fahrenheit up to the core of the Sun. It was rather stressful, to say the least. 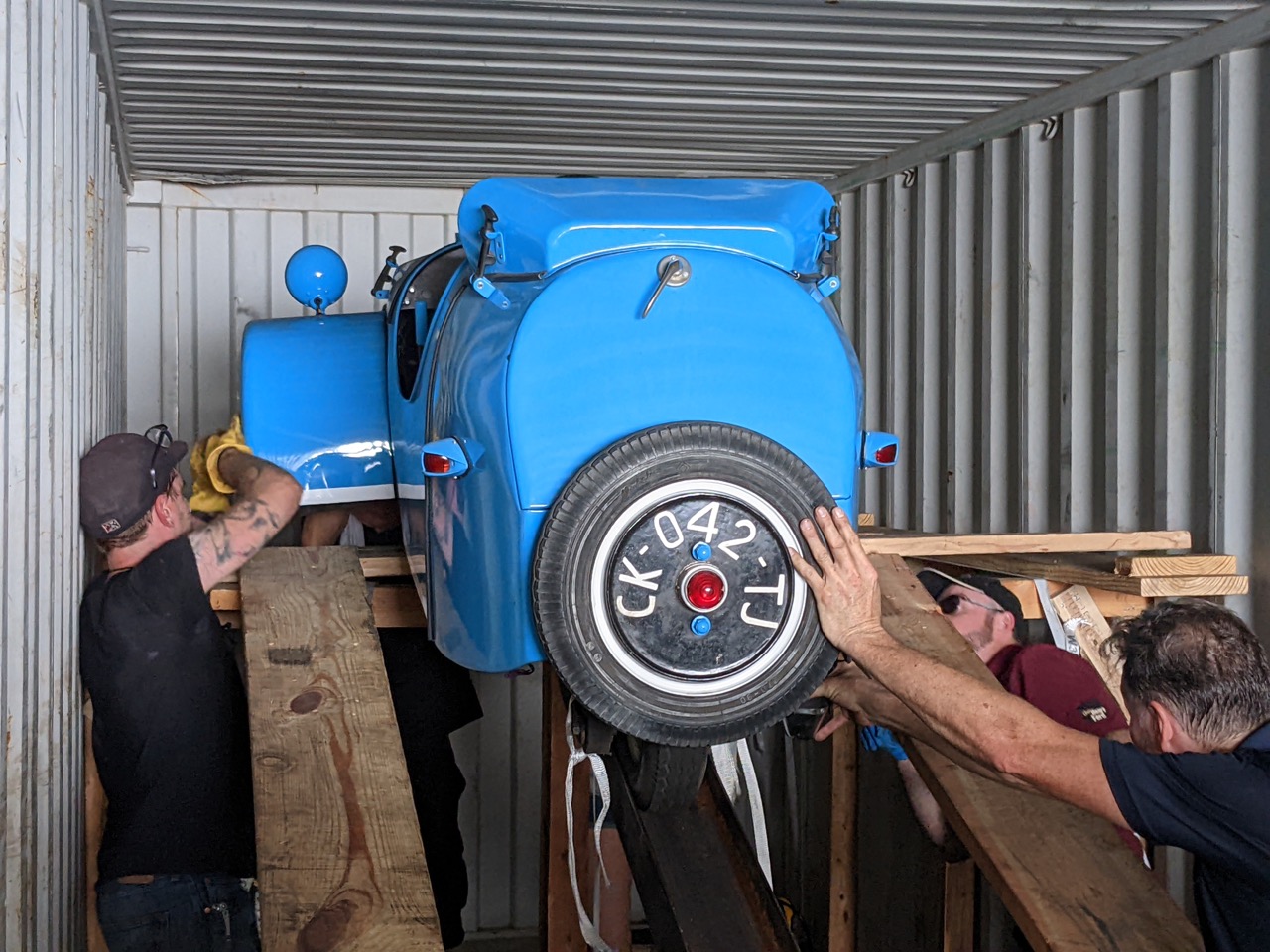 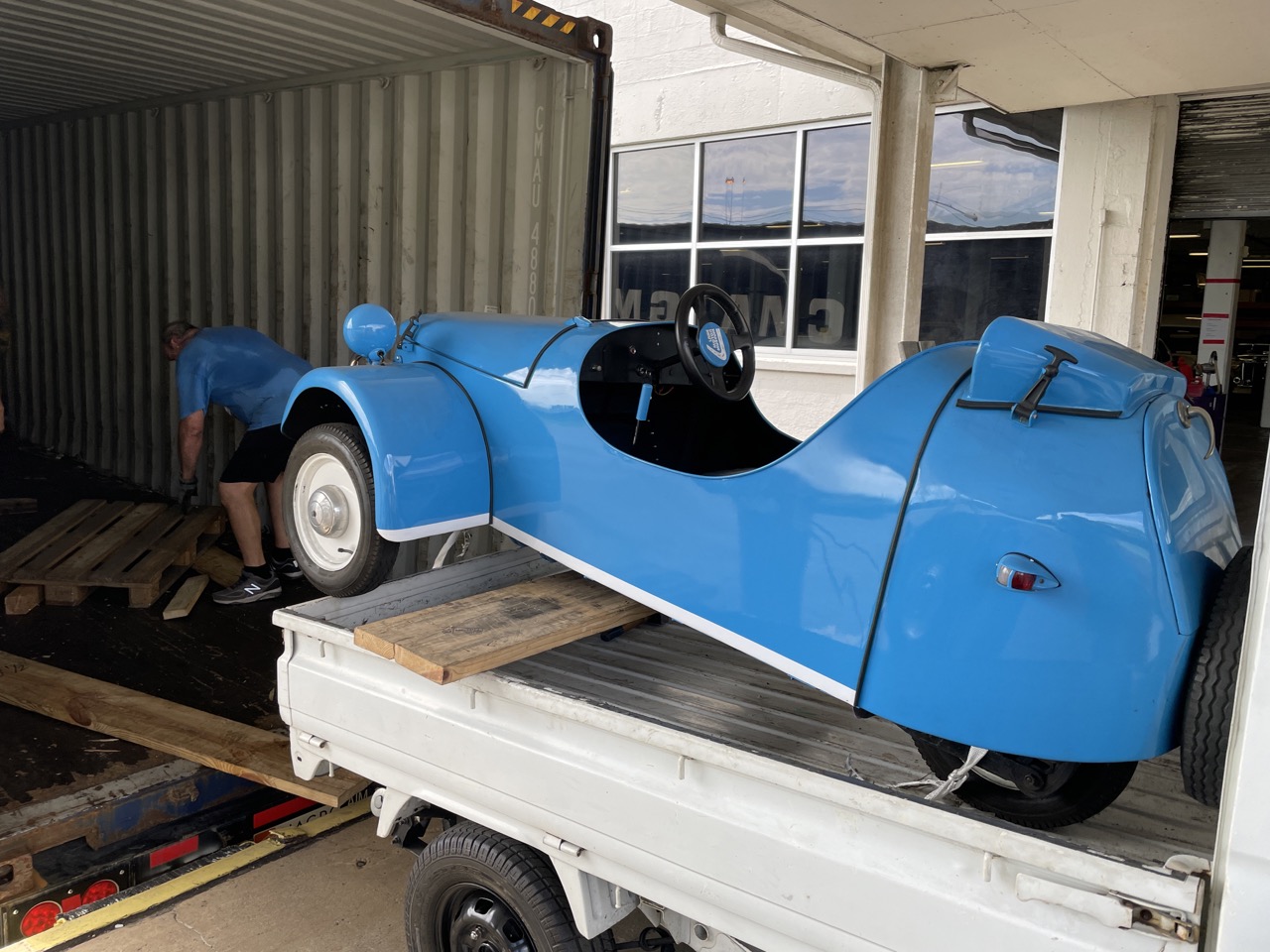 Success! Now, what did we get, exactly? 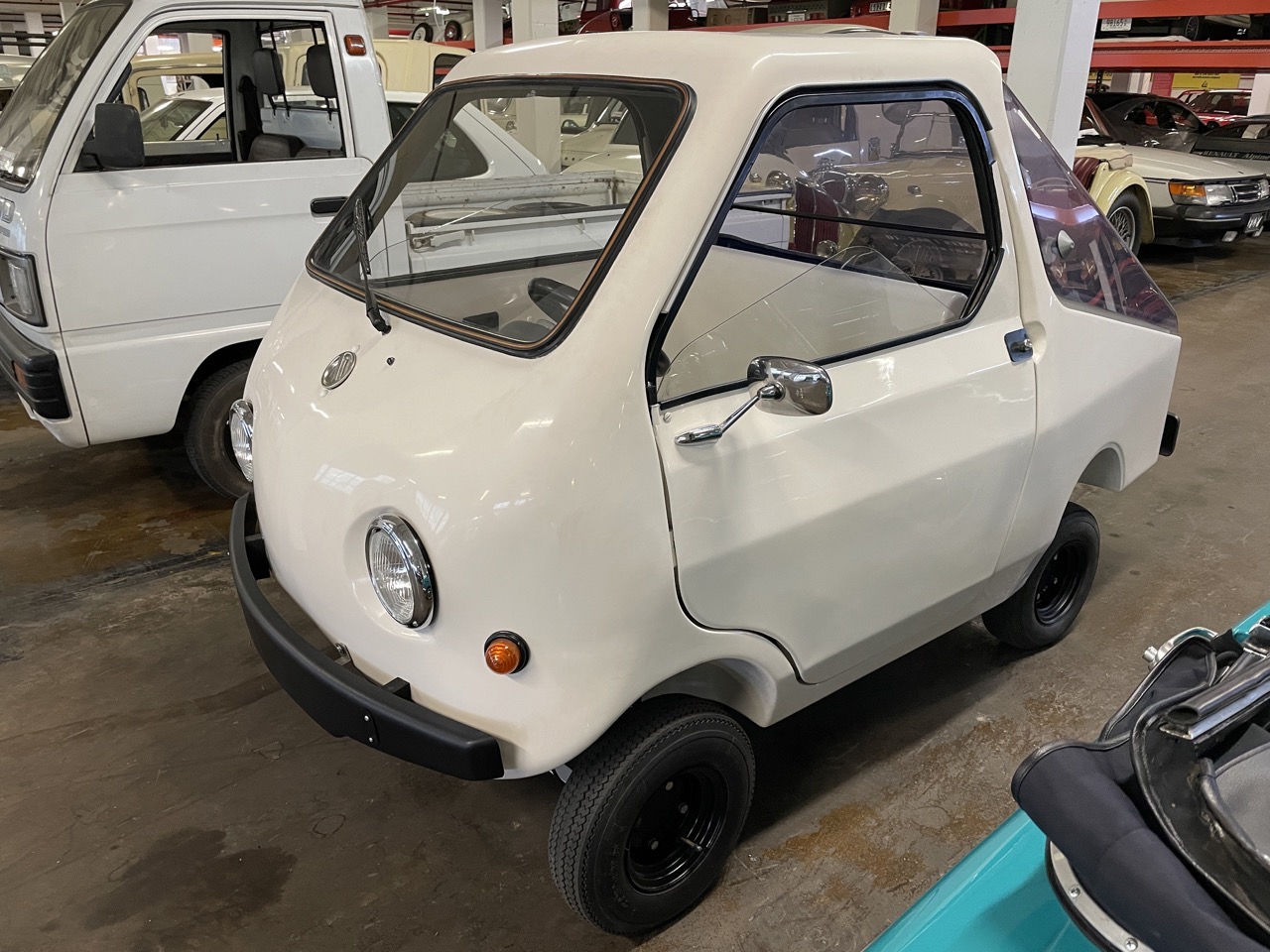 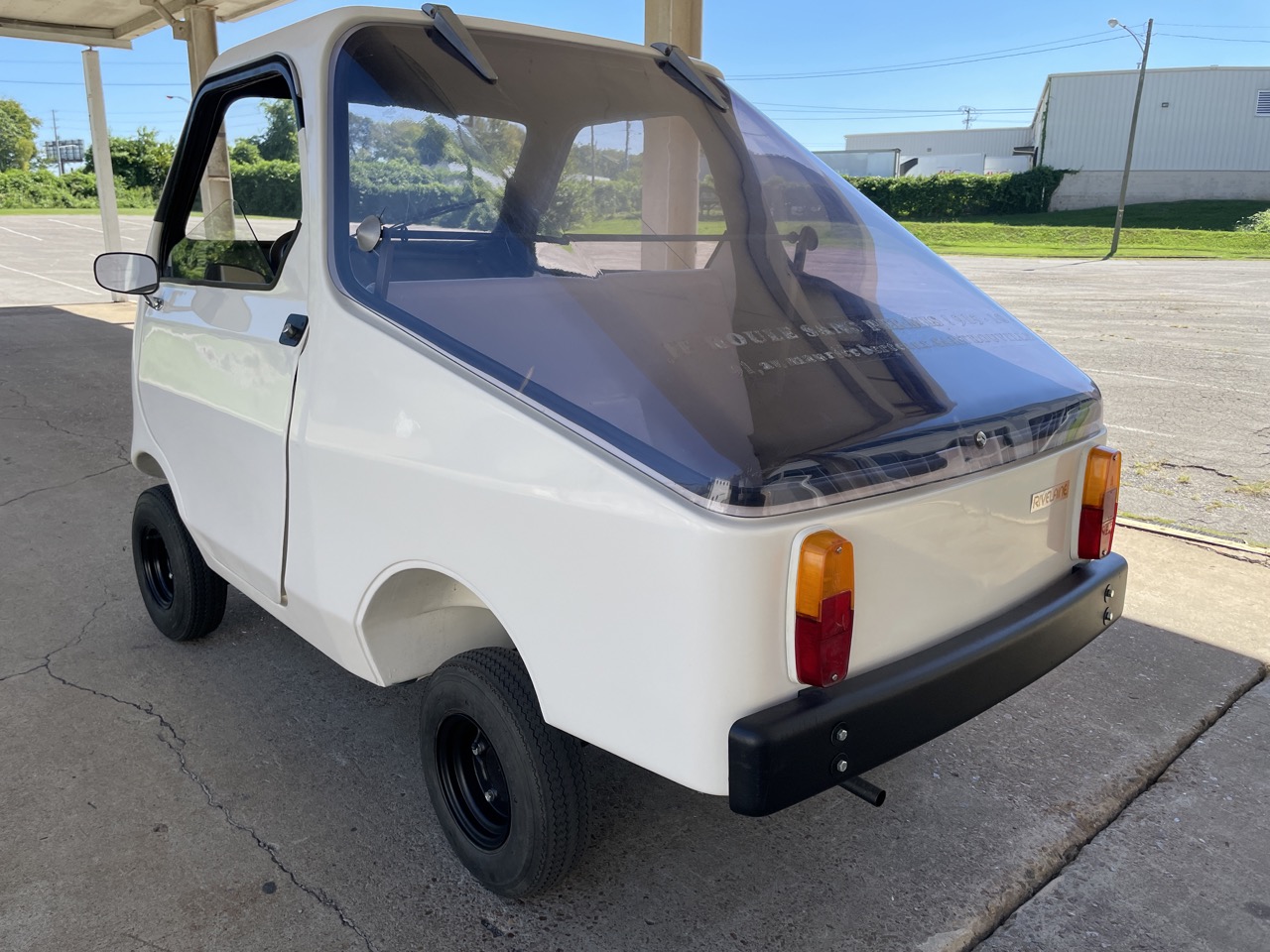 This French fiberglass microcar is a sans permis car manufactured by Générale de Mécanique et de Thermique (GMT) from 1980 to 1983. This two-seater has a distinctive clear plastic hatch. 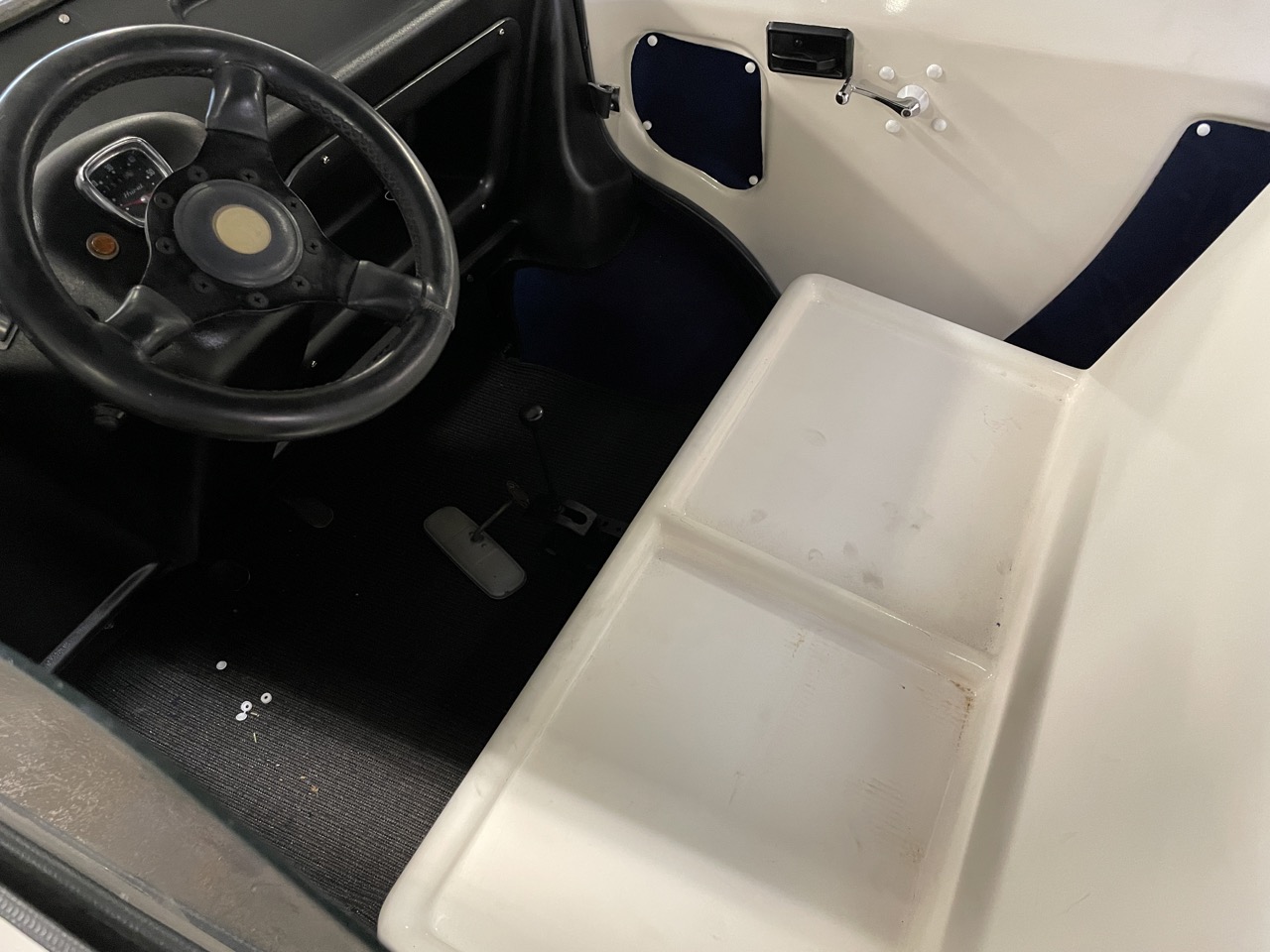 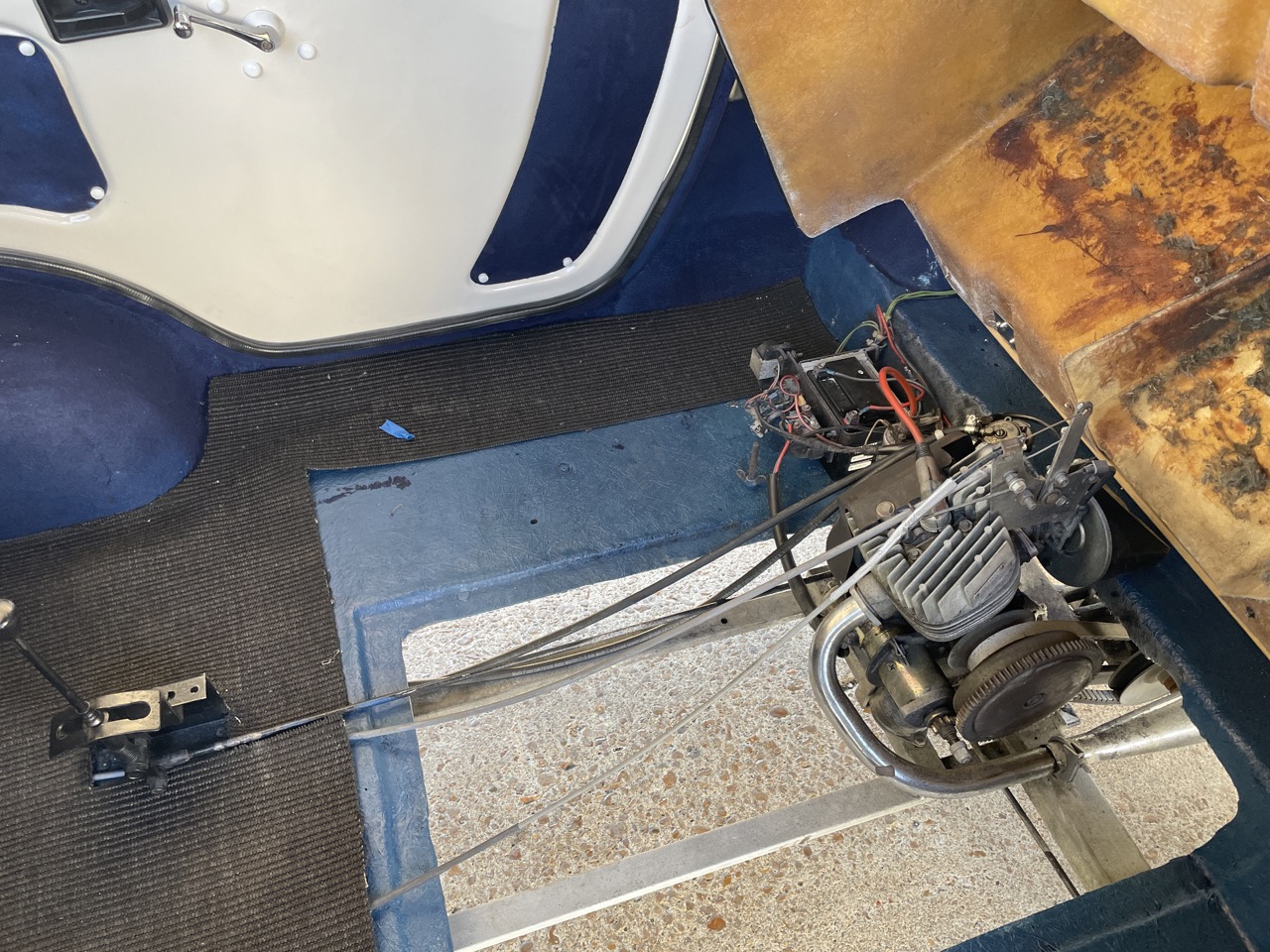 The Fitchtel and Sachs 47cc engine resides under the one-piece bench seat. I assume this came with cushions or something, because otherwise you’re just sitting on hard fiberglass seats. 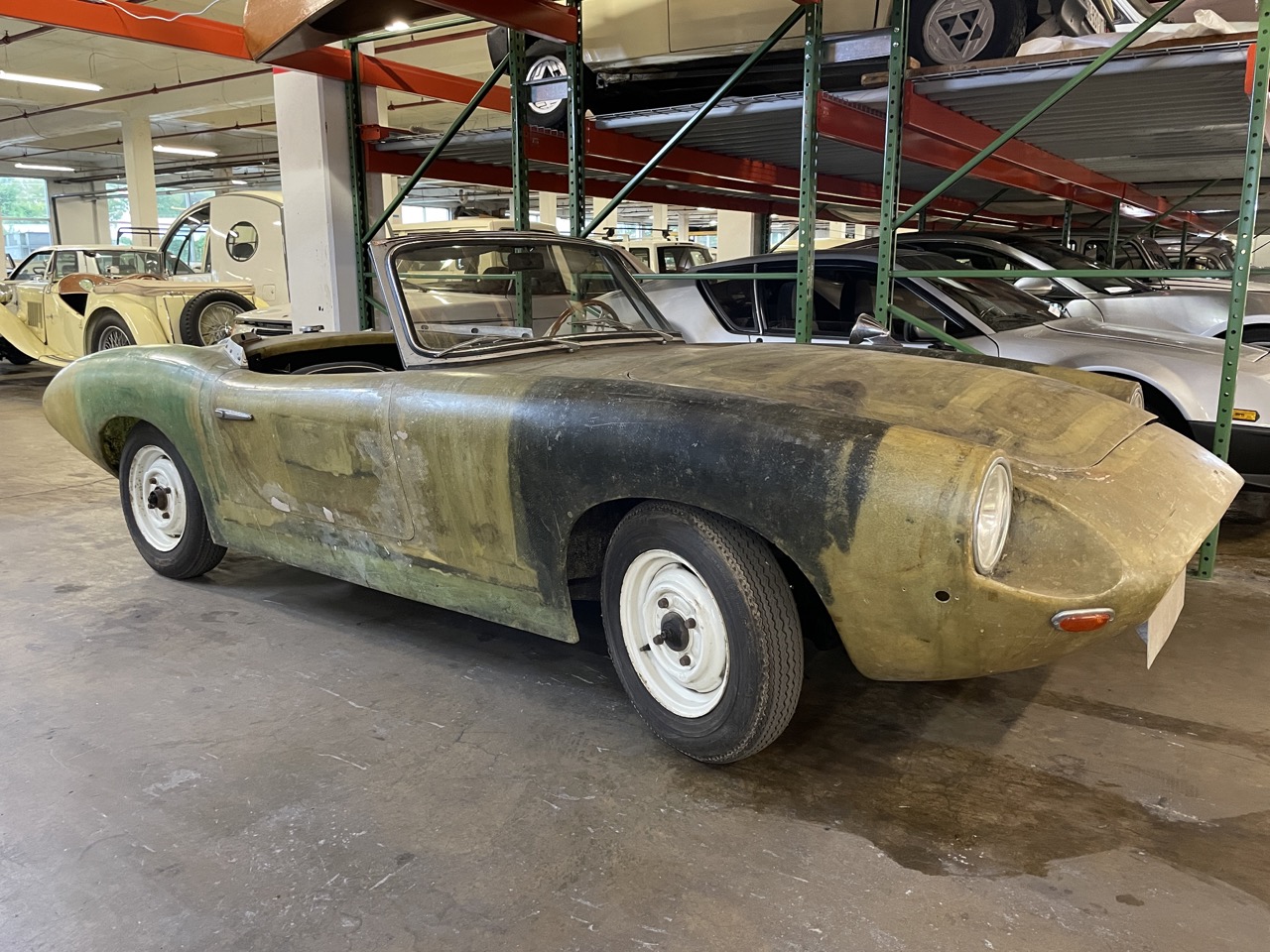 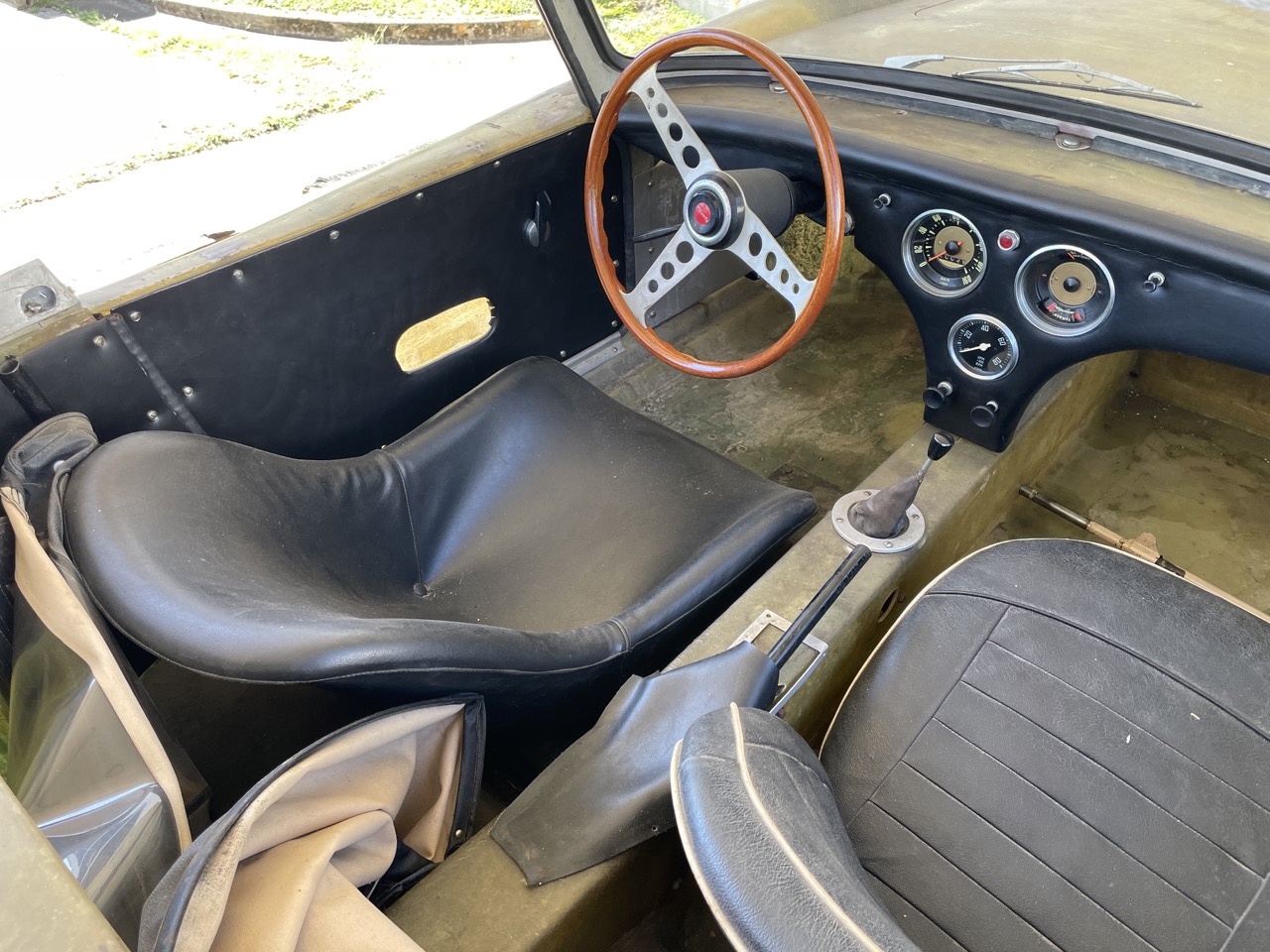 The original owner of this car took a production DKW F12 and rebodied it with this home-built fiberglass sports car body. He even made a clay model, which came with the car. Once the body was completed and set on the chassis, the owner decided to begin driving his creation before finishing the body and paint work. 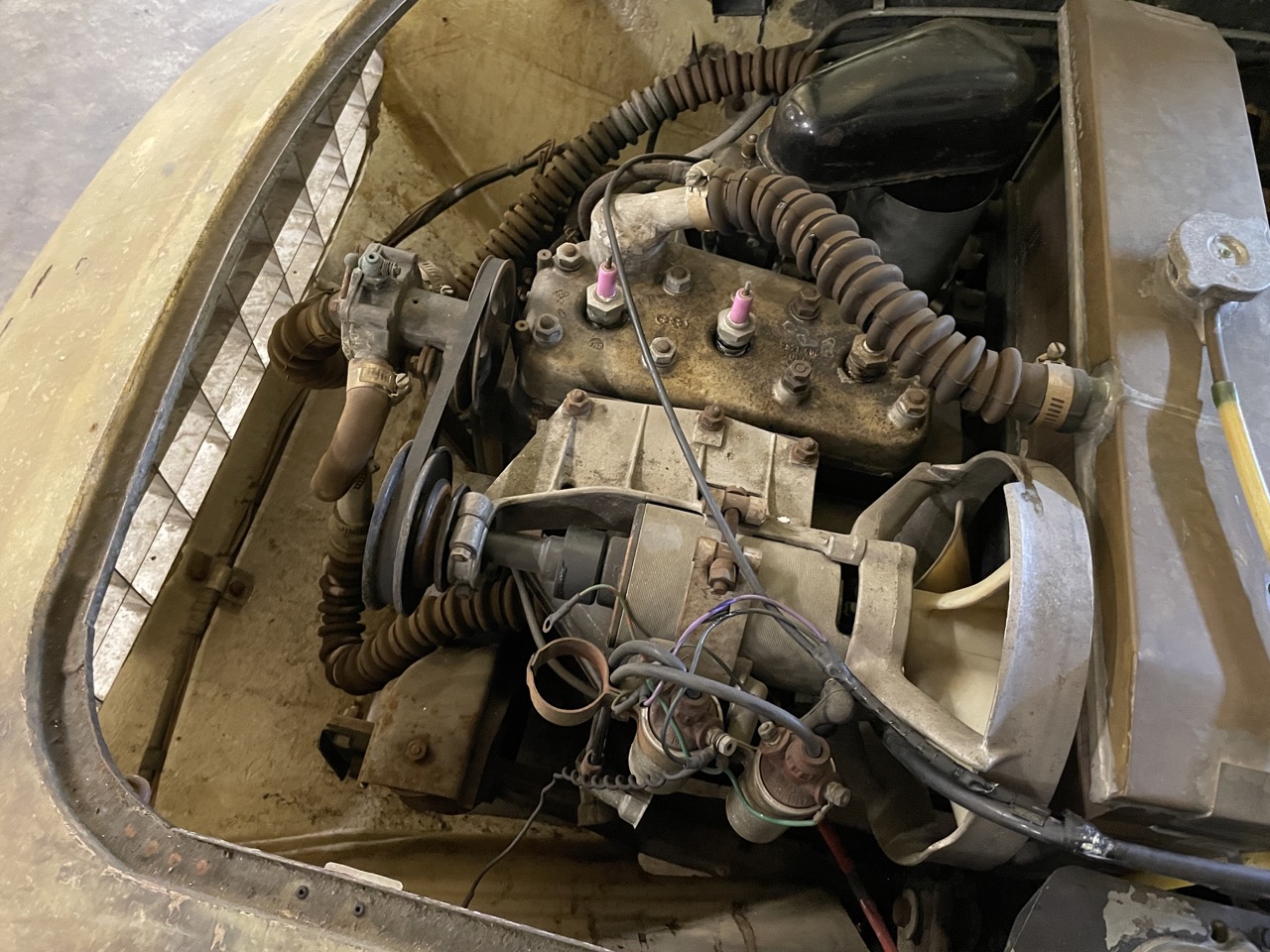 It’s got this cool translucent look to it, and we’ve already discussed lighting the body panels from the inside to show it off. You can see what I’m talking about by looking through the front grill in this engine shot. 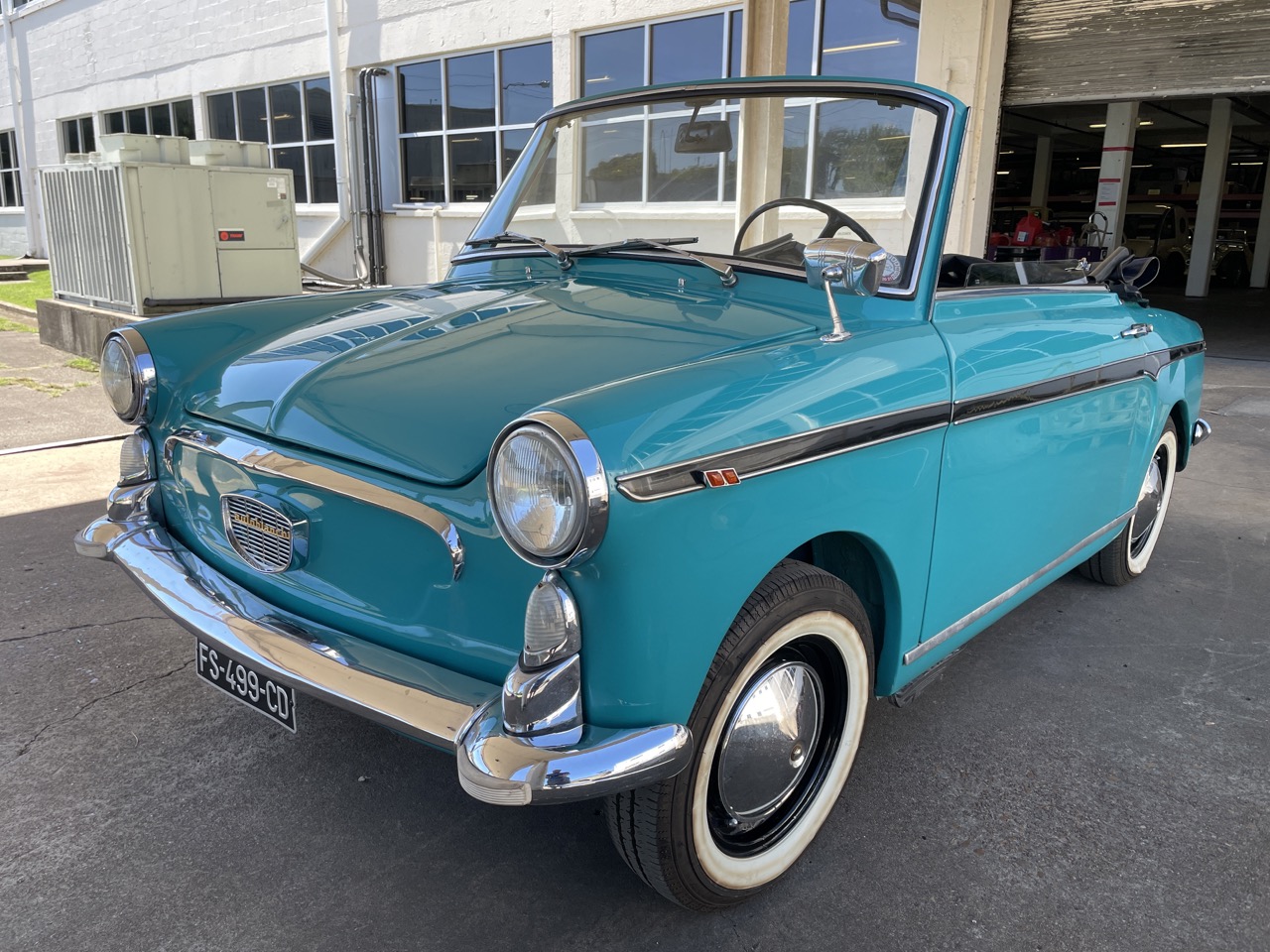 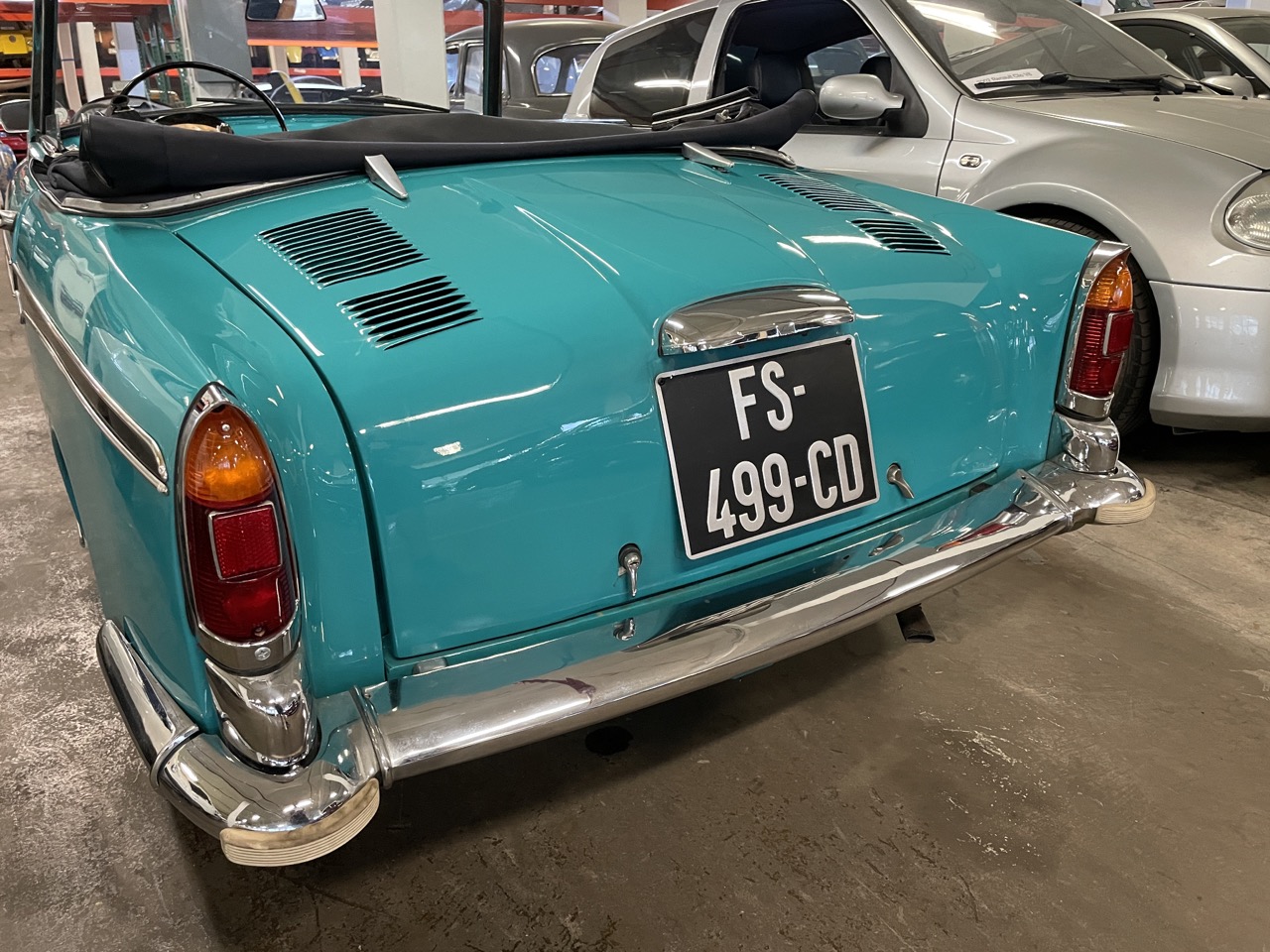 Autobianchi was founded in January 1955 with the signing of an agreement between Fiat, Pirelli, and Bianchi to produce a small, Fiat 500-based car. The result was the Bianchina, first shown in 1957. It used the complete mechanical setup of the 500, but clothed in a new body designed by famed designer Luigi Rapi. 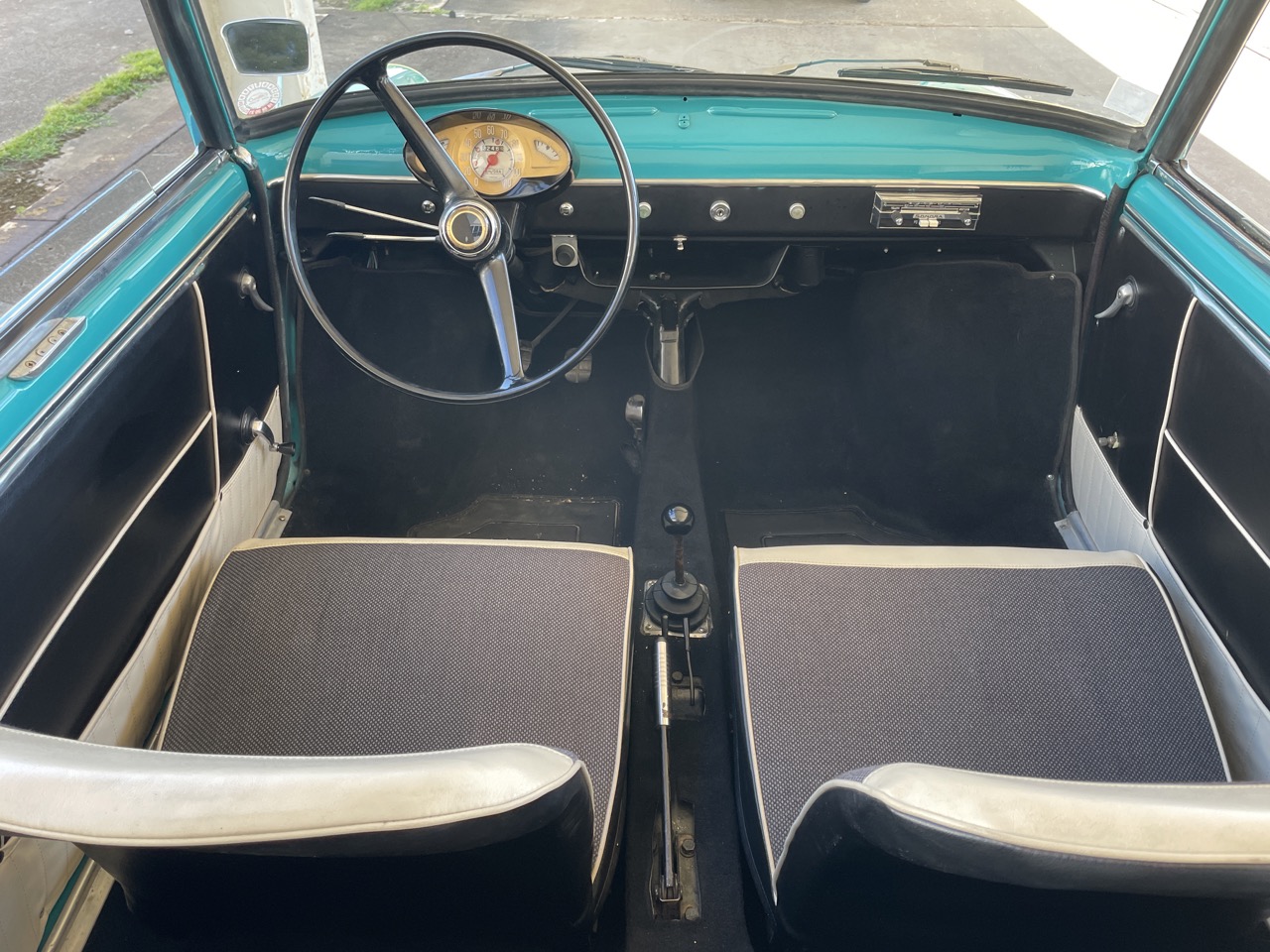 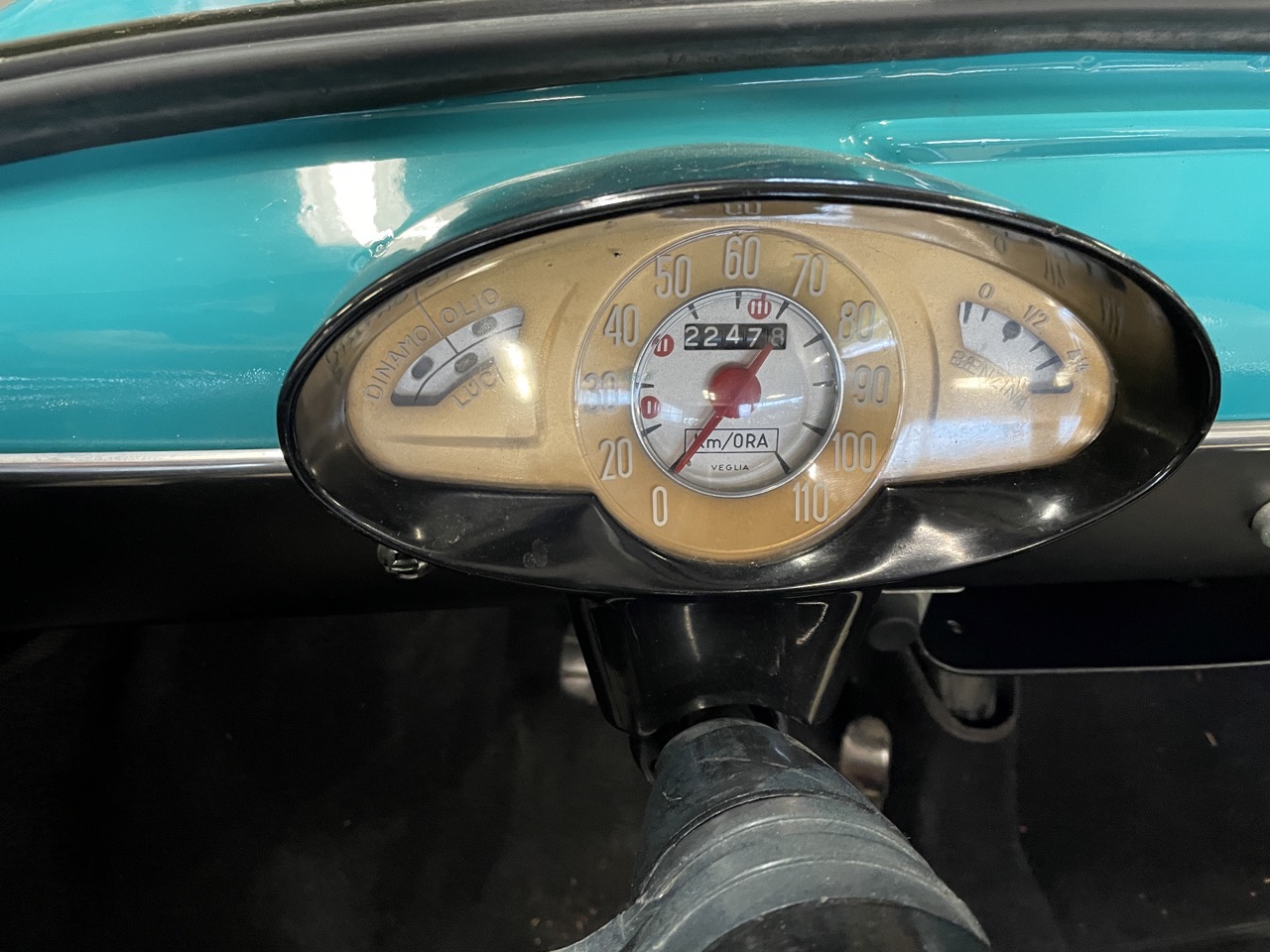 This Cabriolet is the “Eden Roc” trim level, with its chrome details, two-tone paint, and upscale interior. The Bianchina Cabriolet was kind of the “rich man’s Fiat 500”. 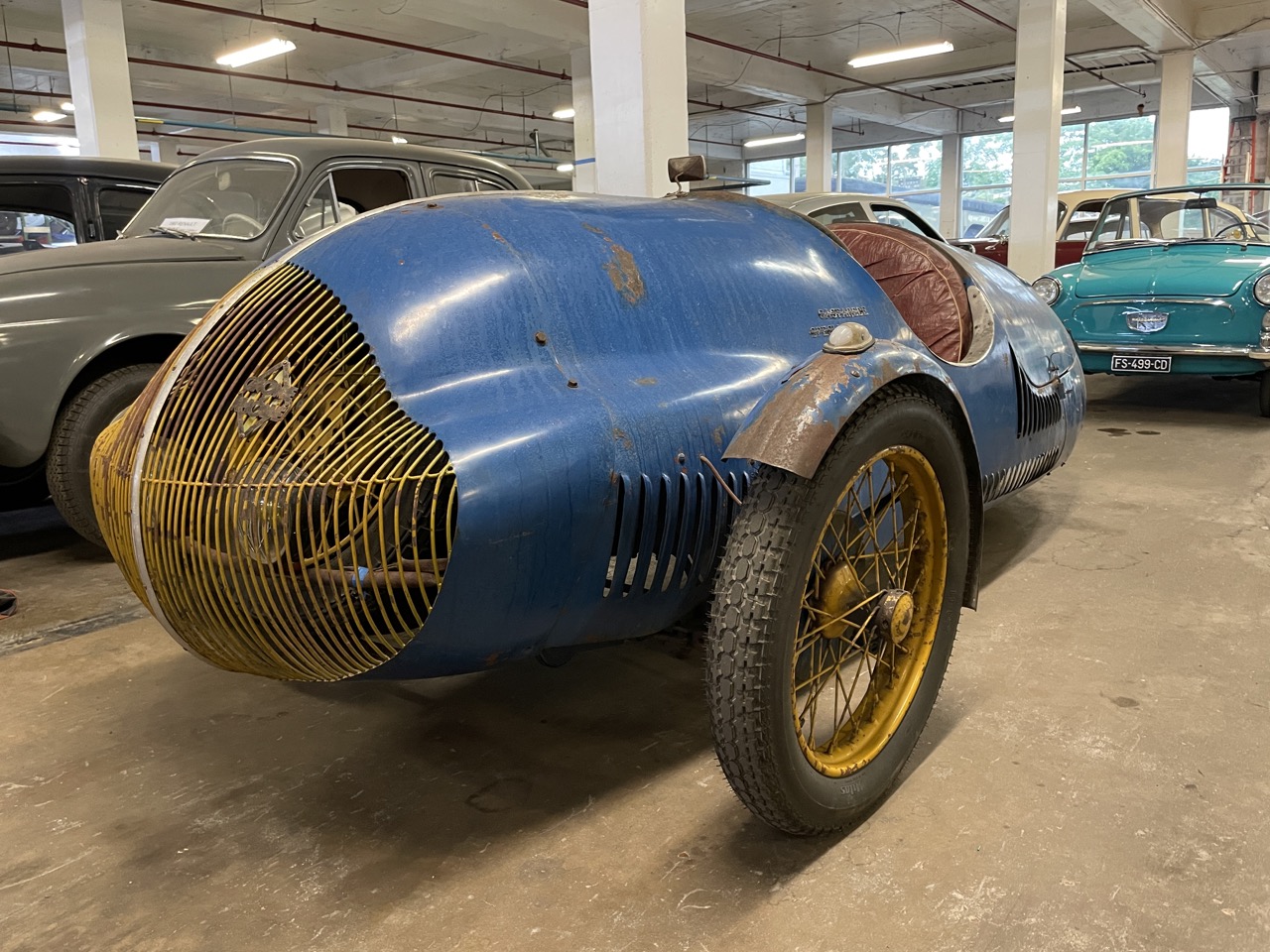 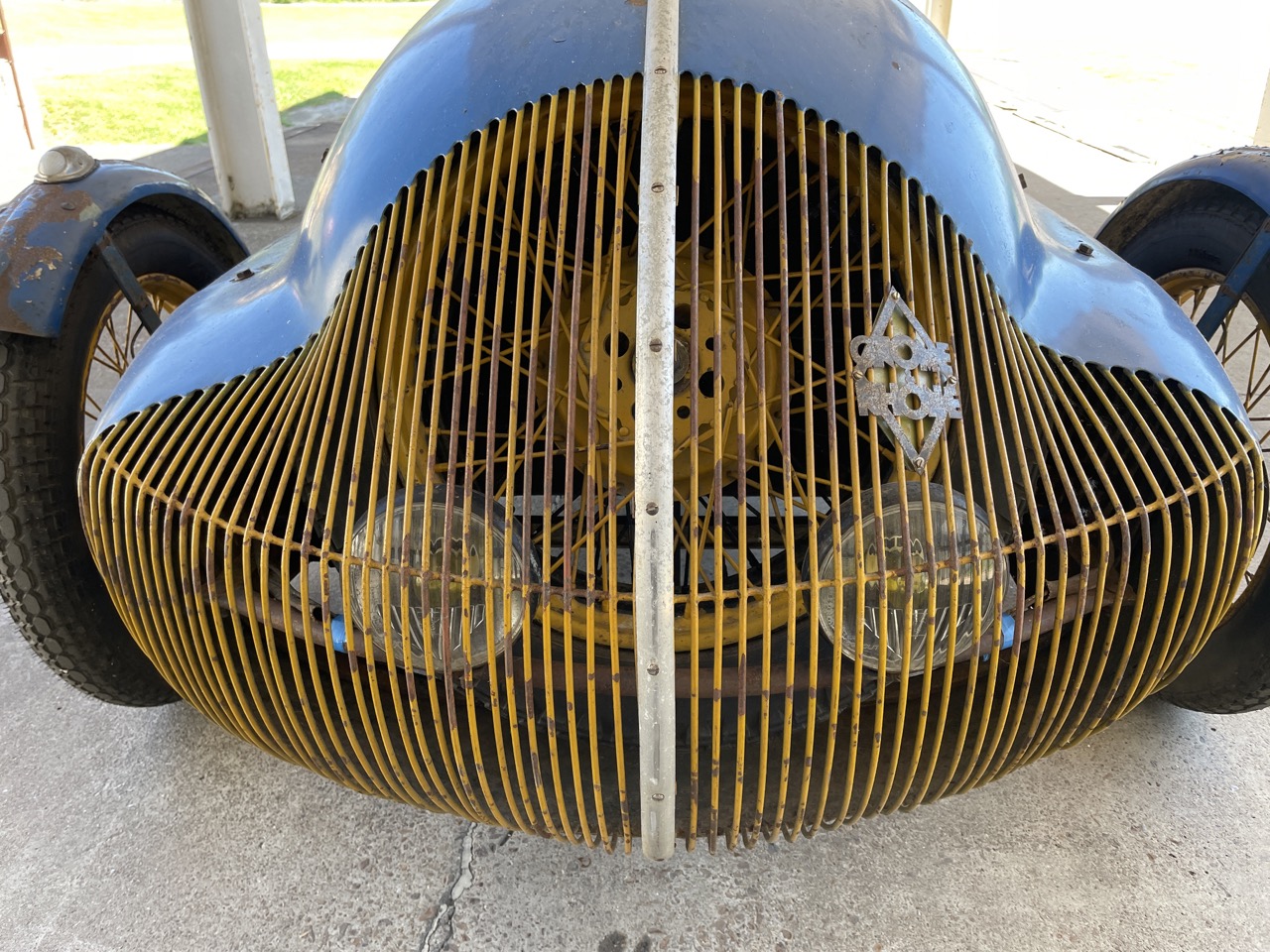 This one-of-a-kind three-wheeler from France is a creation of Paul Castarede sometime after World War II. After the war, it was difficult to get a car for a multitude of reasons, so the French government had a provision that home-made cars were allowed on public roads as long as they passed a basic inspection. Monsieur Castarede took a 1938 Gnome and Rhone motorcycle engine and the remains of an Amilcar and created this car just to get around his village. 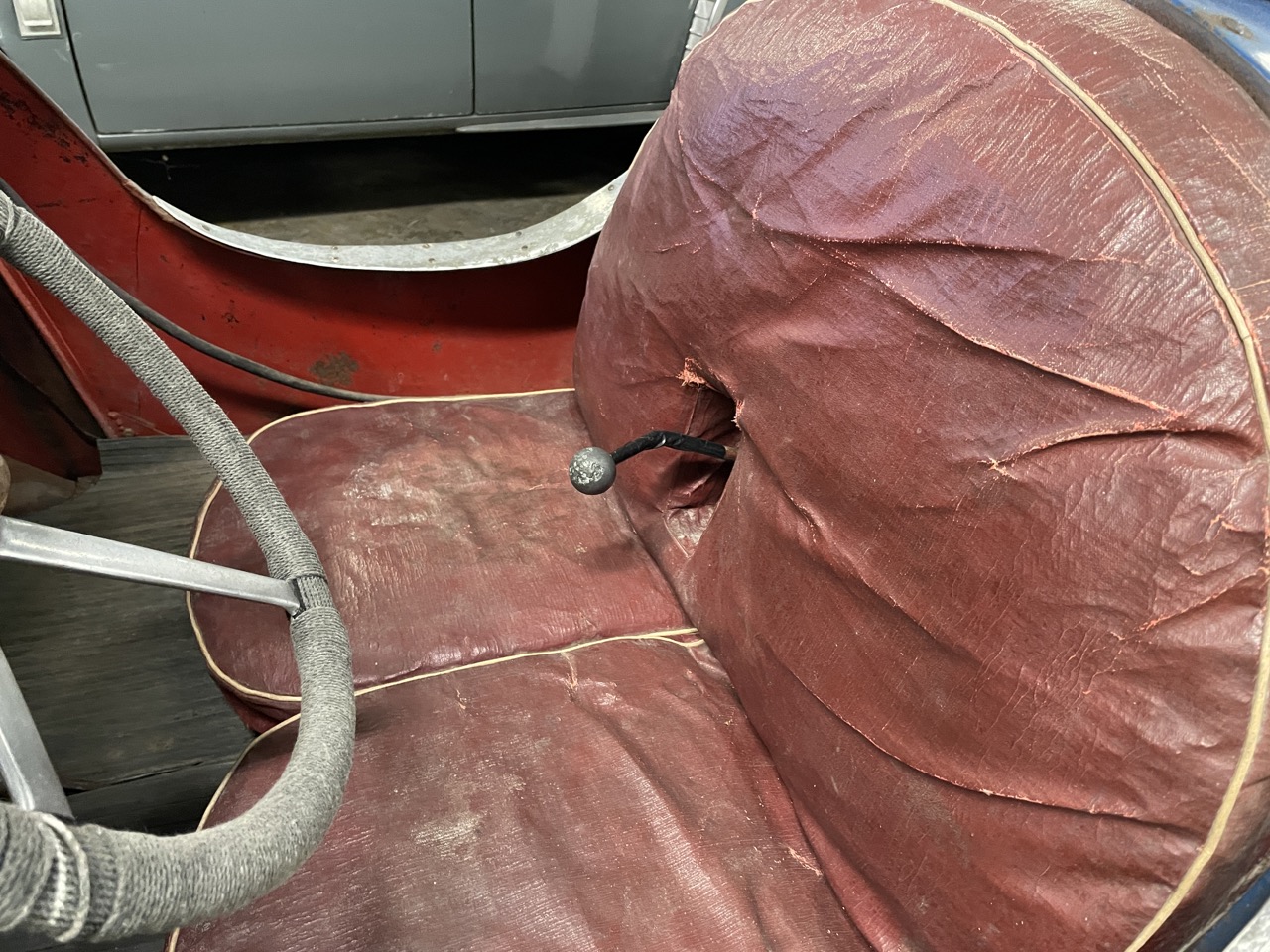 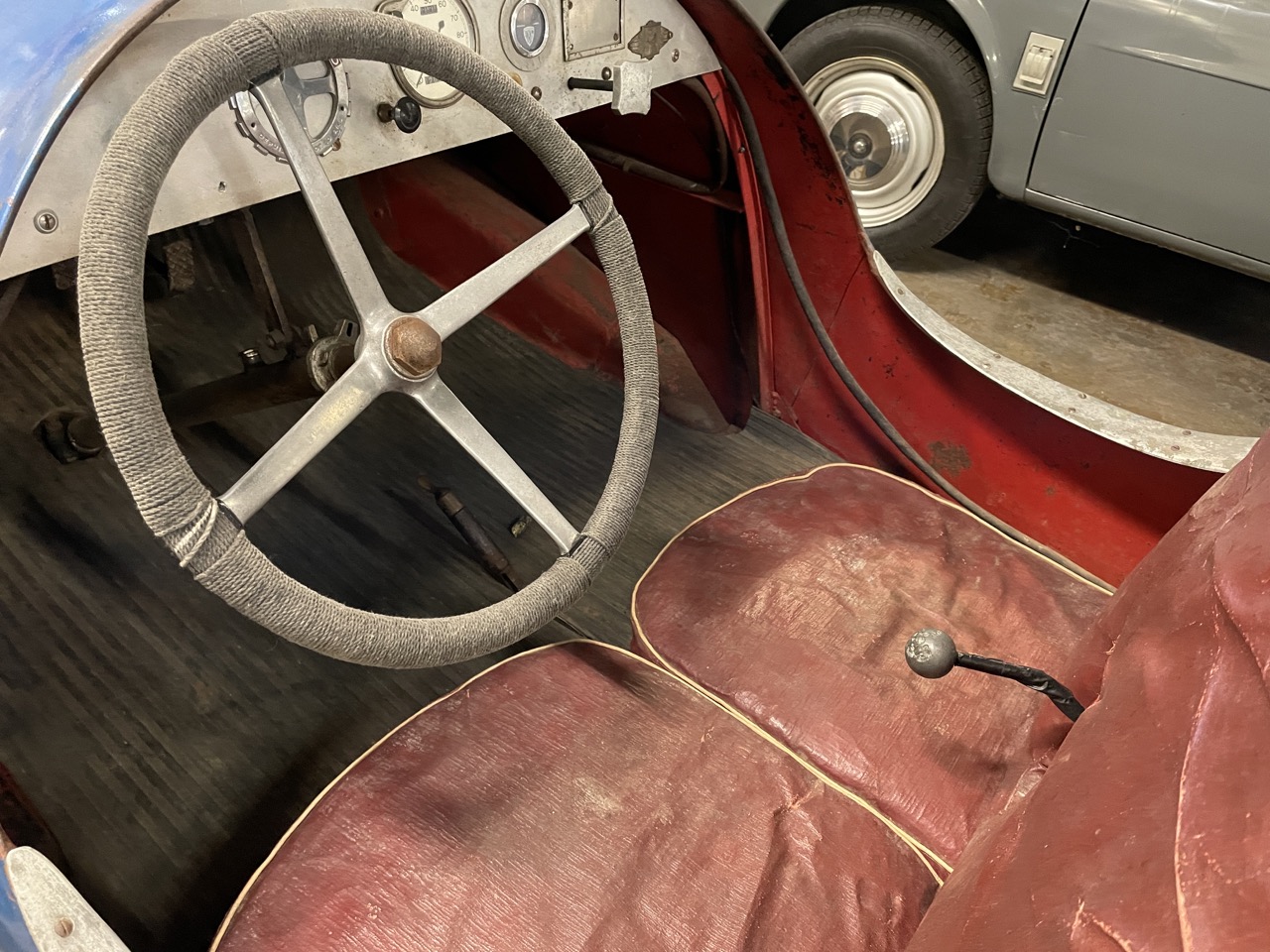 It’s not a perfect design, with its most obvious flaw being the gear shift sprouting from the backrest of the seat, since the motorcycle engine is behind the driver. That has to be one of the most un-ergonomic ways to change gears in the history of the automobile.

[Editor’s Note: I have to drive this thing. Please. – JT] 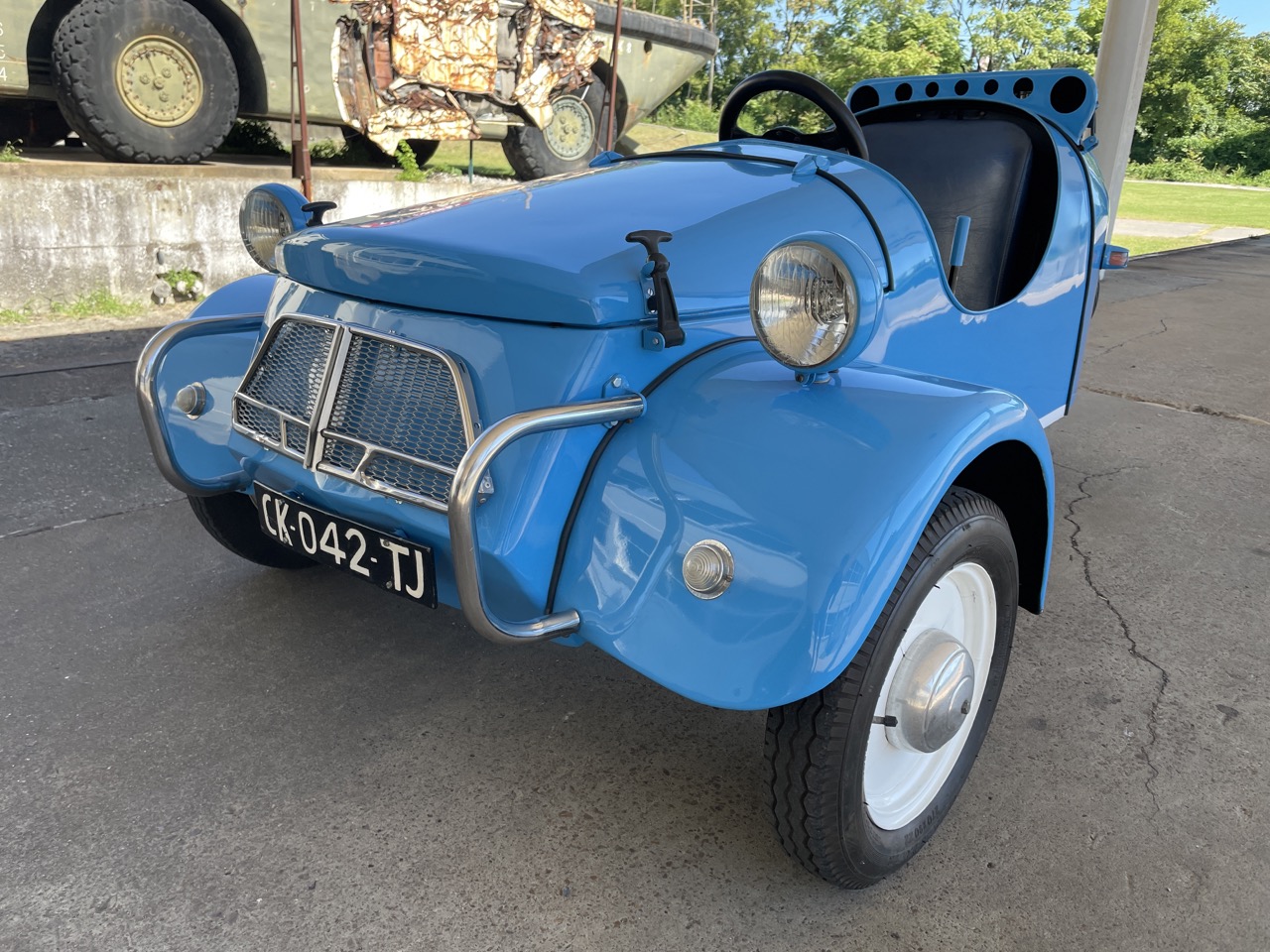 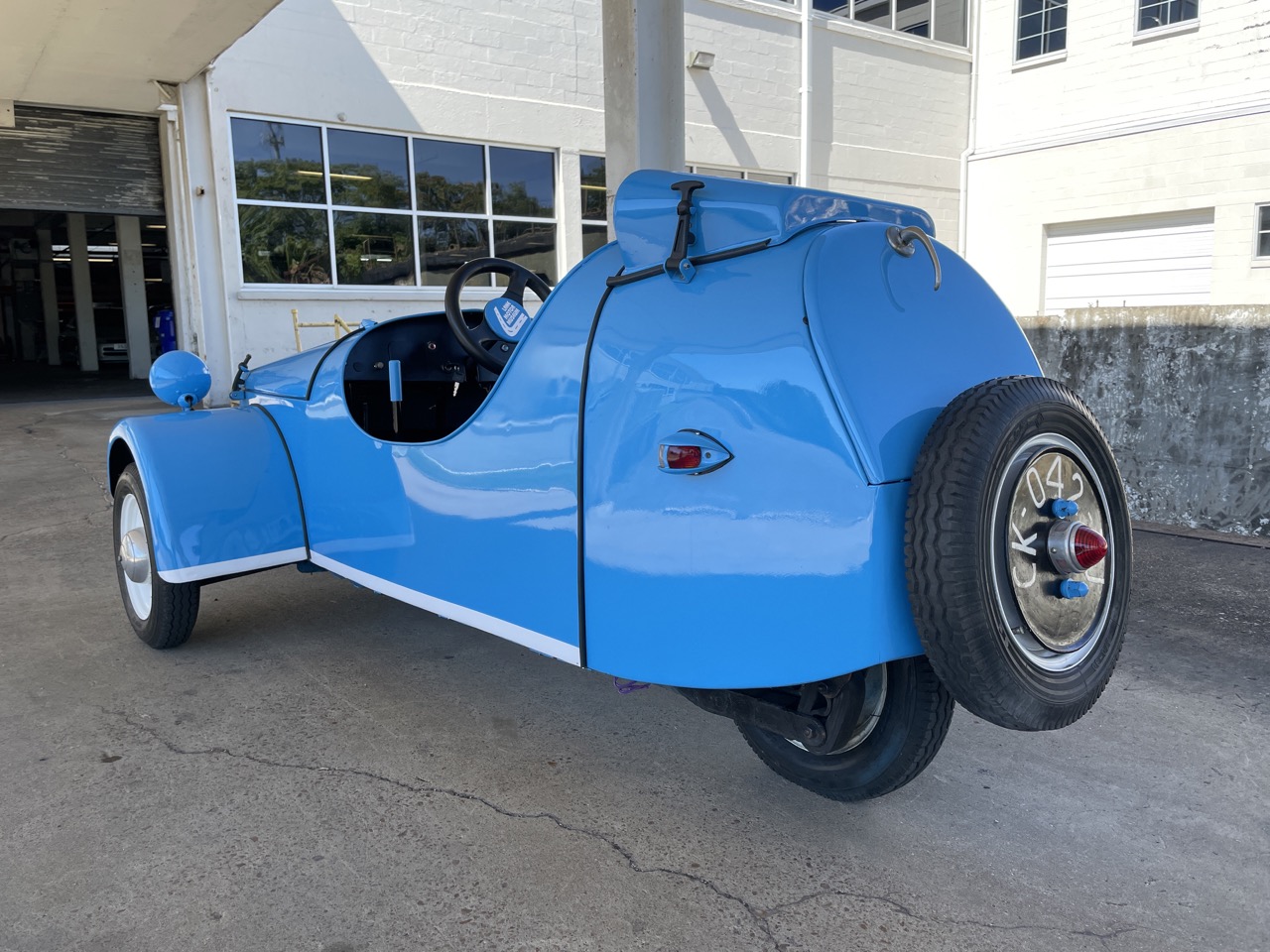 This home-made car is, um, a bit of a mystery. This is the three-wheeler that was stuck at the back of the container. It’s powered by a scooter engine of unknown origin, but it runs great. It’s a modern re-creation of some sort of French microcar, but we are not sure what to call it yet.

So, that’s how we unload a shipping container full of cars from Europe. I’ll update everyone as we get a clearer picture of these cars’ histories.

Read All My Posts »
PrevPreviousSomeone Went Through The Work To Import A Chevy Orlando Into The United States
NextThe 2024 Chevy Equinox EV Is A Lot of Electric Car For $30,000Next