I sometimes think that kit cars and specialty cars based on old air-cooled Volkswagen mechanicals aren’t exactly governed by the normal rules of reality. There should be a finite number of them, and at some point, I should be able to have encountered them all. And yet, that never seems to happen; there’s always another, some strange new gem I’ve never encountered before, dropping out of the aether in front of my face. This time, I encountered that new gem via a Facebook Marketplace ad sent to me by an Autopian named Dave. The ad shows a sleek, ’80s-wedge-looking sports car that it calls a 1968 Volkswagen Ventura, but it’s not really a Volkswagen product. Let’s look at what exactly this thing is. 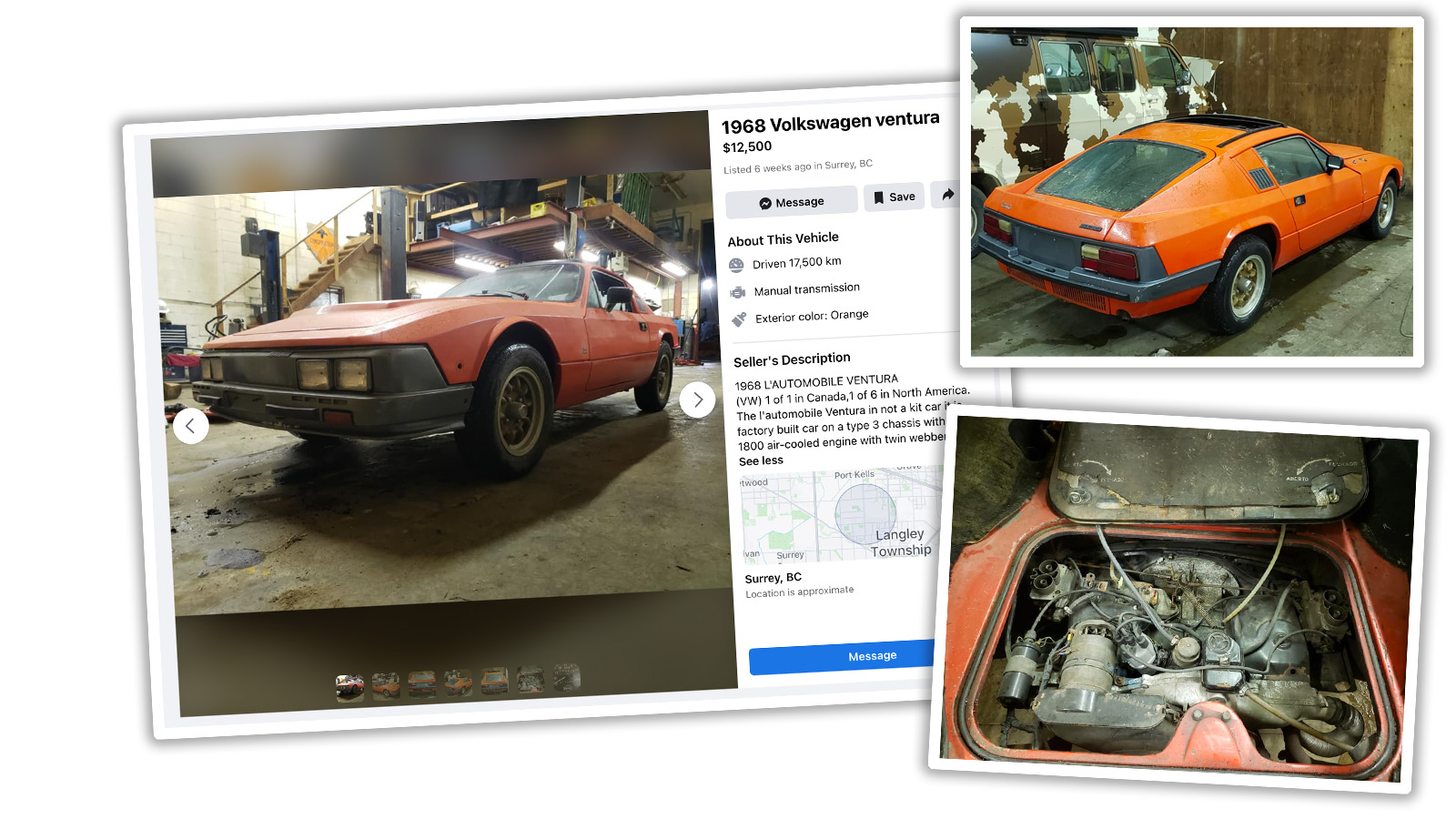 One of the first things students of VW kit cars will notice about the Ventura here is that it’s not like most VW-based kit cars, which almost always used the Type I engine: The one found in the Beetle with a tall, tombstone-shaped shroud for the cooling fan. This one uses the Type 3 engine, also known as the “pancake” or “suitcase” engine because it was specifically designed to be as compact as possible, as it lived under the floor of the rear luggage areas on VW Type 3 Fast-, Square-, and Notchbacks.

Type 3s were never nearly as plentiful or cheap as old Beetles, so these never really caught on as donor platform for home-built kit cars. And that brings up another interesting point: this looks far too refined to be a home-built kit car. 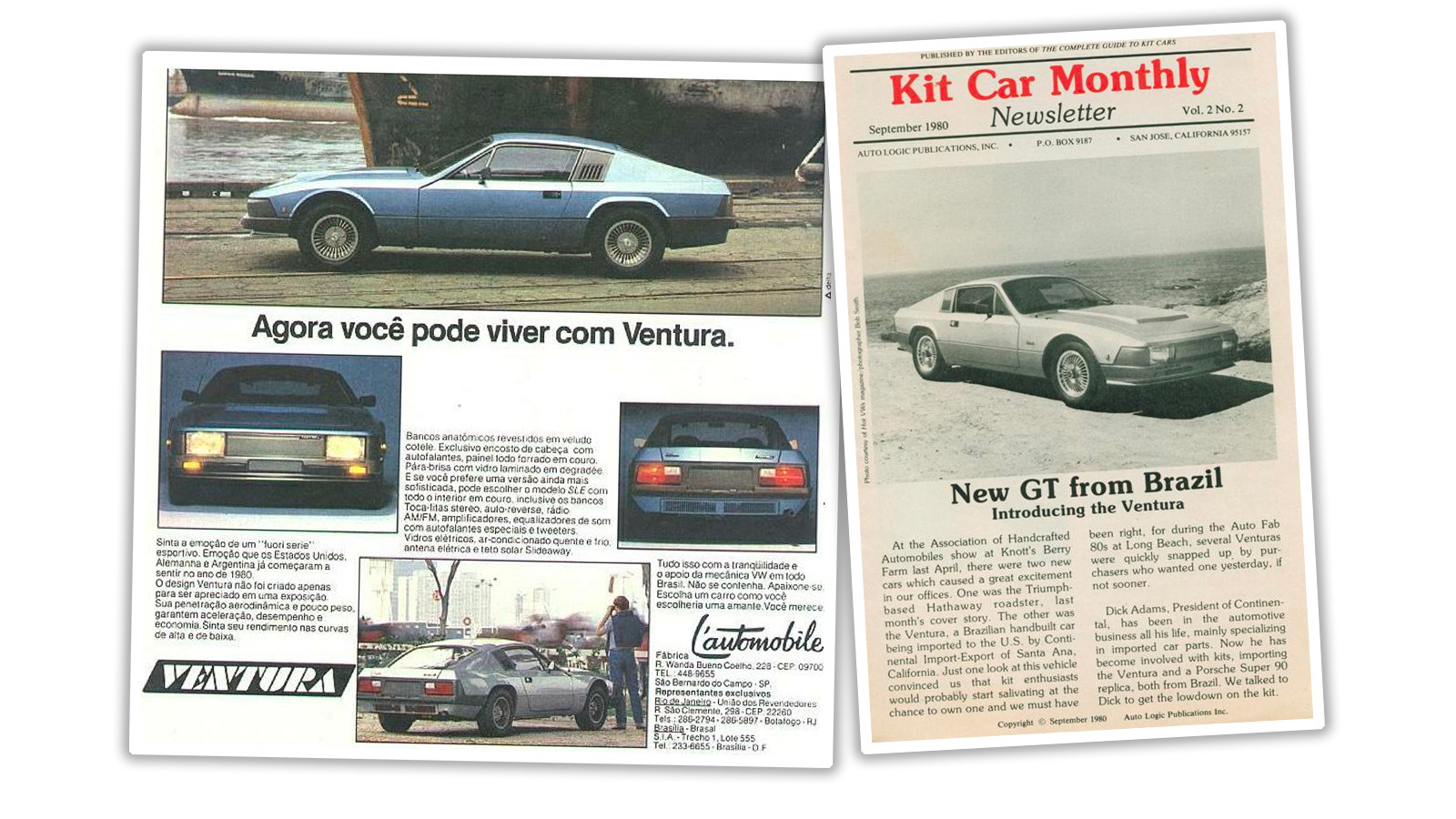 That’s because it is too refined. Sure, it’s built on a VW chassis, but it wasn’t put together in a backyard. This is a factory-built car that happens to use VW mechanicals. And, if you know much about factory-built VW-based cars not built by Volkswagen, I bet you won’t be surprised to learn that factory was in Brazil.

Yes, good old Brazil, a place that was to air-cooled Volkswagens what Australia was to marsupials. The unique nature of the Brazilian automotive market and partially closed economy in the 1970s and 1980s meant that a lot of small companies sprung up to fill automotive niches using readily accessible and reliable VW mechanicals, and L’Automobile Distribuidora de Veículos Ltda. of São Paulo was one such company. 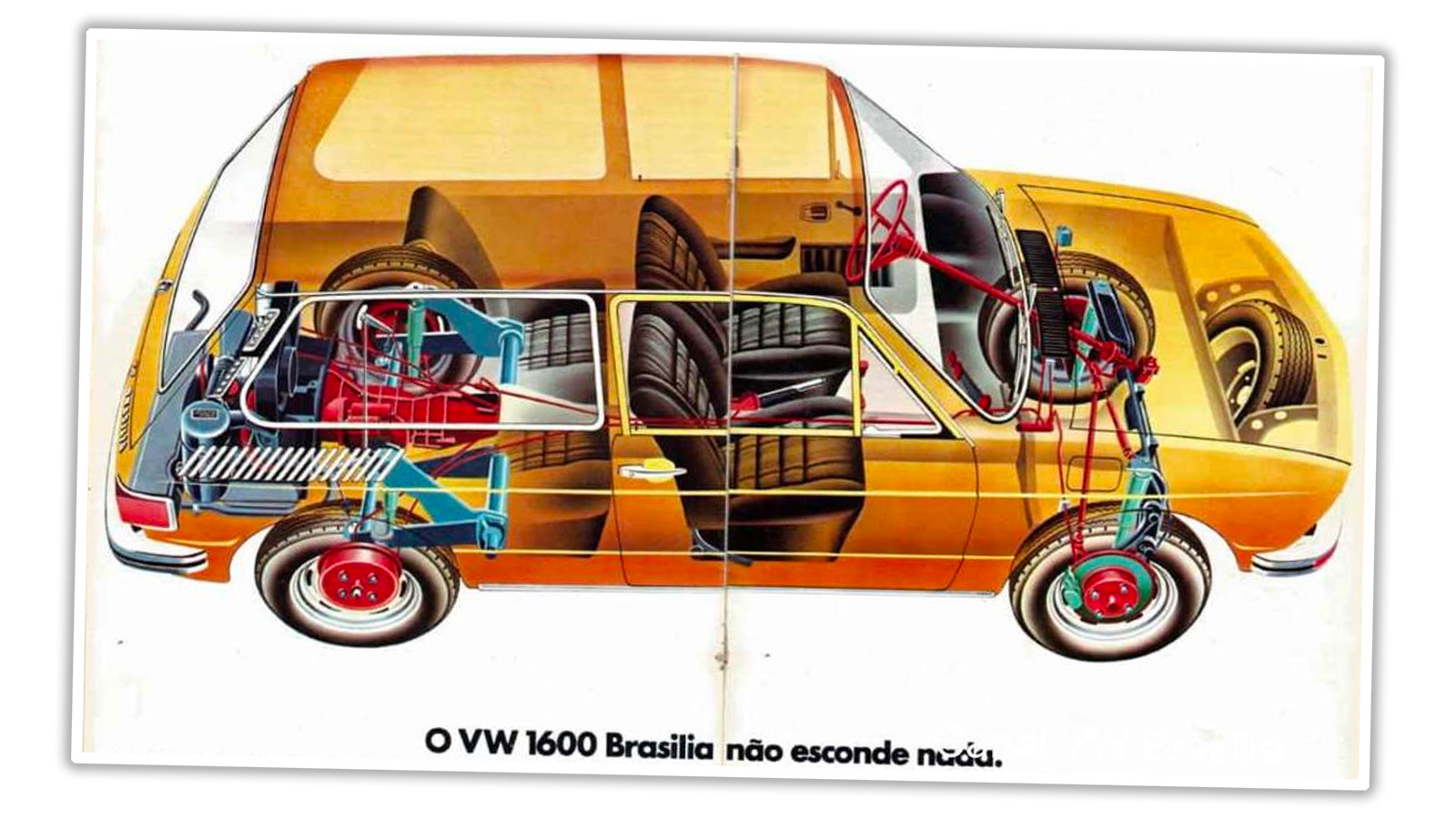 Founded in 1975, the company started making replicas of classics like the Type 35 Bugatti, but based on a VW Brasilia chassis. The Brasilia was essentially a somewhat modernized Beetle with a squared-off, two-door wagon body, and a slightly widened chassis from the VW Karmann-Ghia. Mechanically, it was just like a Beetle, with the Type 1 engine at the rear.

The Type 3 engine bolts right up to the VW transaxle just like a Type 1 engine, so Ventura’s use of the wider Brasilia pan with the Type 3 engine was a good, easy choice to maximize the available space for their car; this combination would make a very nice flat, skateboard-type chassis.

It was onto this same basic skateboard that Ventura would try their next car, this time not a replica, but instead a modern, sleek sports car with a long hood and a stubby rear, something similar to the sleek VW-based Puma sports cars that had been sold in Brazil for quite a while. Here, someone made a really nice video showcasing a Puma:

The Ventura, introduced at the 1978 National Motor Show in São Paulo, had a more up-to-date look for the late 1970s, with big rectangular headlights from a Dodge Polara and taillights borrowed from an Alfa Romeo GTV. 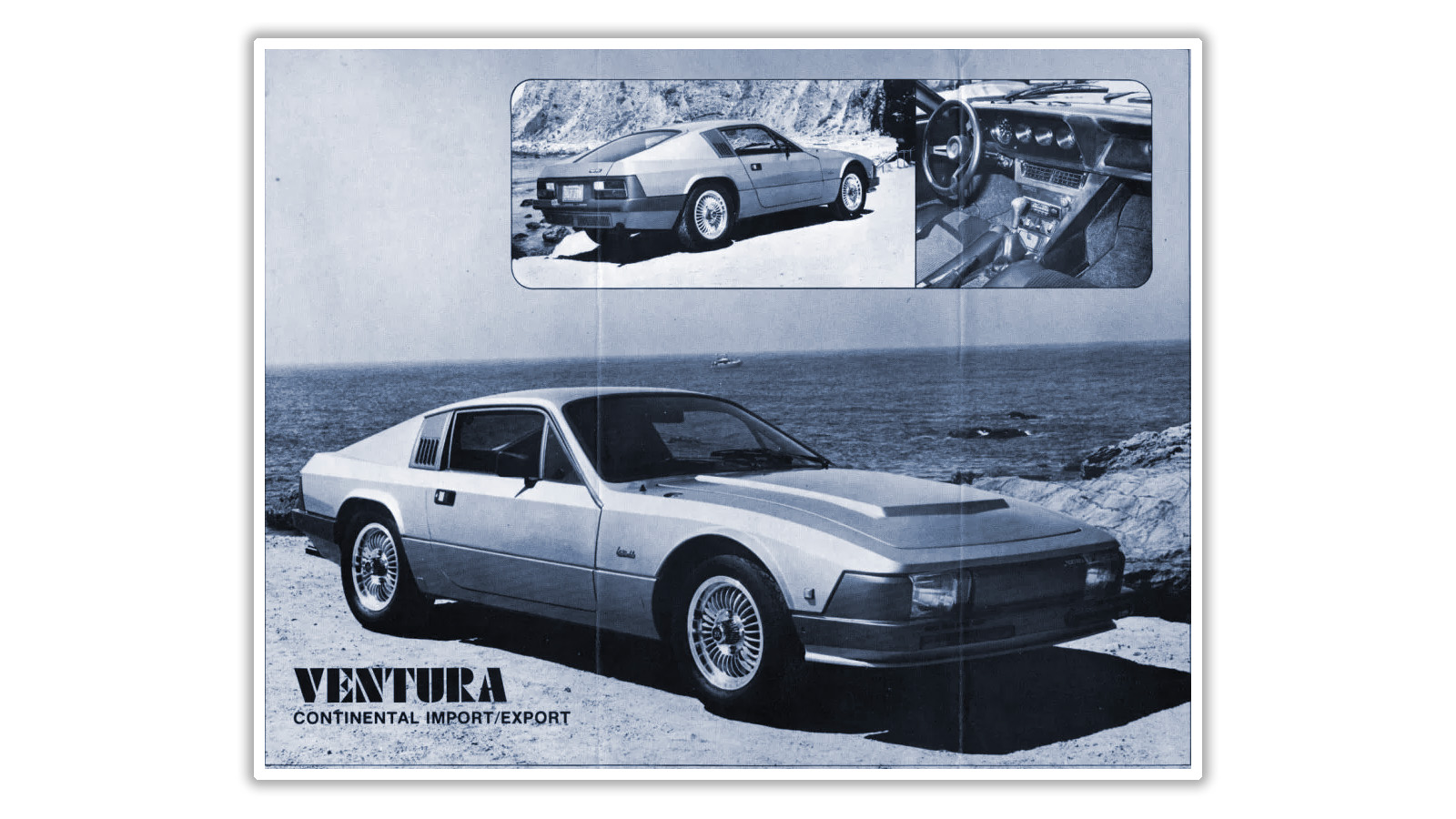 I mean, the thing looked cool! It had that prominent hood power bulge that didn’t do anything from a power perspective, but would have given a couple extra inches of height in the front trunk, which I suppose is just another sort of power. The flat Type 3 engine also permitted a good rear cargo area under a hatch, making these a lot like Volkswagen of Brazil’s own Type 3-powered sports car, the SP-2. 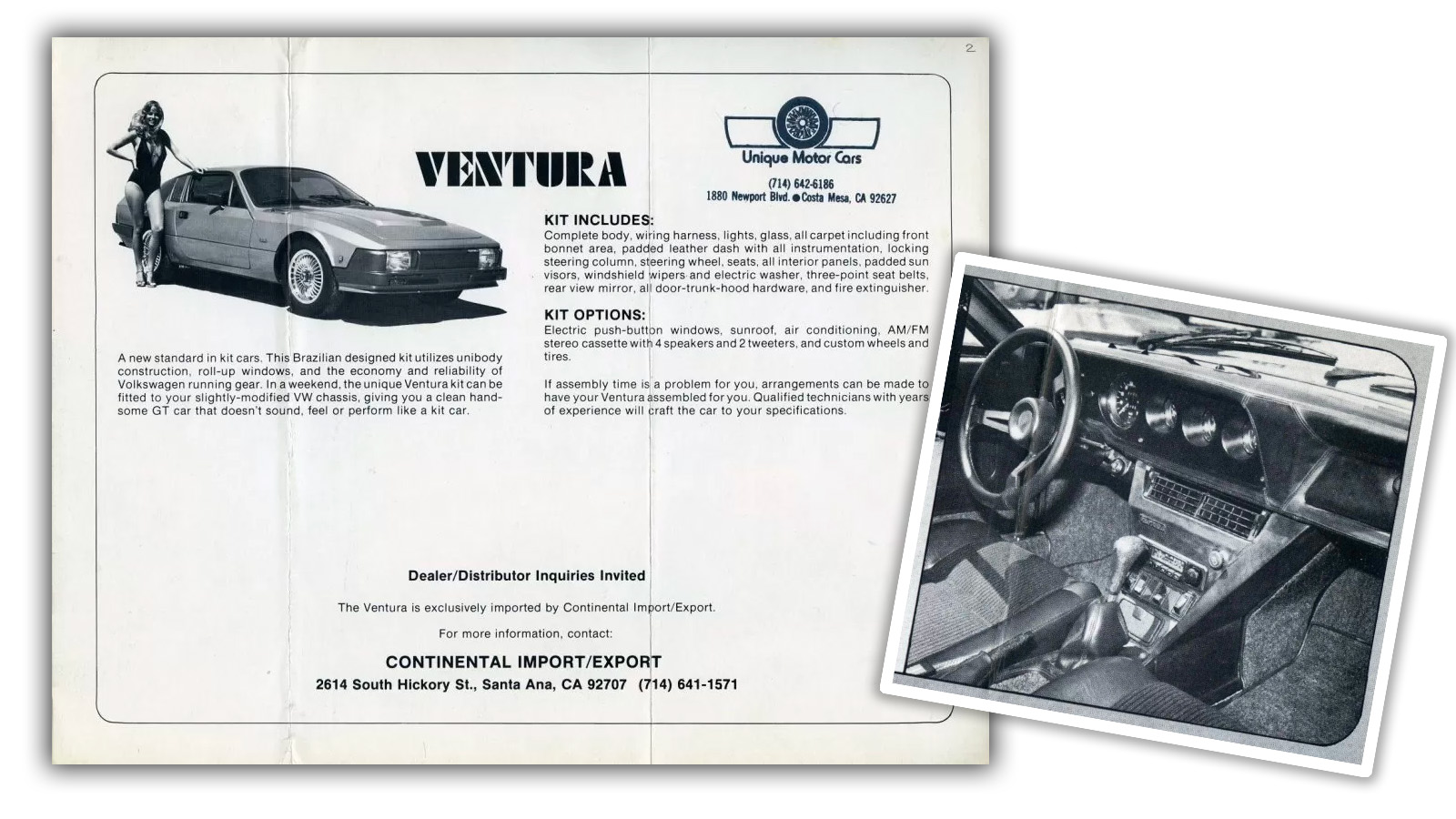 About eight Venturas a month were being built, and some were exported to America, as you can see in that brochure there. You could get them as a kit or pre-built, with options like

“Electric push-button windows, sunroof, air conditioning, AM/FM stereo cassette with 4 speakers and 2 tweeters and custom wheels and tires.  If assembly time is a problem for you, arrangements can be made to have your Ventura assembled for you.  Qualified technicians with years of experience will craft the car to your specifications.”

The look of the interior is clearly above the usual level of fiberglass VW-based kit cars, and looks surprisingly comparable to a lot of other cars of the era, maybe even a little better quality, if you’re comparing to a Triumph TR7 or something.

Of course, like all of the fast-looking sports cars holding in air-cooled VW guts, at some point the realization that the looks of the car was writing checks the little 50-ish horsepower flat-four VW engine couldn’t cash would set in. Sometimes companies would just hop up the air-cooled VW engines with twin carbs, more displacement, hotter cams, headers, whatever, but Ventura went down a different path and fitted a 1.6-liter liquid-cooled engine from the VW Passat in 1981. 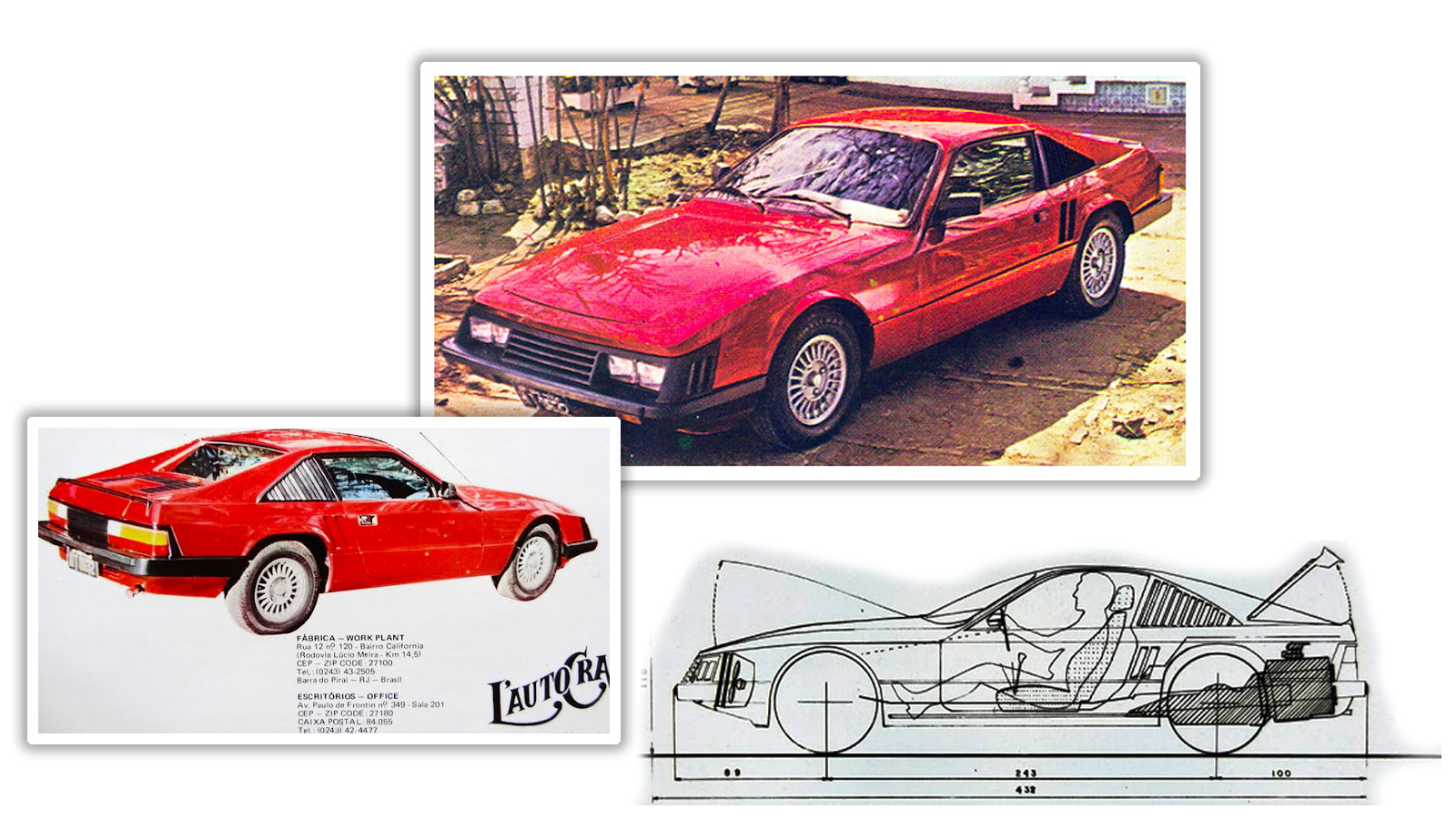 This new Ventura was called the Ventura RS and required a good bit of modification to accommodate the bigger engine, which ate up the cargo room at the rear and the front, since a radiator had to be fitted, which also required a redesign of the front end and more ancillary air intakes on the sides.

It’s said that despite all this work, performance didn’t really improve all that much at all, which didn’t help sales. Then, Brazil went into a recession, which forced the company to sell all their inventory and tooling to another company, L’Auto Craft Vehicle Assembler Ltda.

Incredibly, with the Passat engine swapped for an Alfa Romeo engine, the Ventura stayed in production until 1990.

And, to get back to how all this started, there’s one for sale right now in Canada, for under $10,000 in US dollars, which, I think, seems like a hell of a deal. You’re not going to beat anyone off the line at a stop light, but this is a great-looking and wildly unsual sporty-looking car with a build quality that seems to be a big leap above the usual kit car fare.

I hope someone with the resources to restore this fascinating thing picks it up. It’s pretty special.

I'm a co-founder of the Autopian, the site you're on RIGHT NOW! I'm here to talk to you about taillights until you cry and beg me to stop, which I absolutely will not. Sorry. Hug? Also, David's friend.
Read All My Posts »
PrevPreviousFord Will Give Your Four-Cylinder Bronco V6 Horsepower For $850
NextThe Full History Of The Most Famous Microcar, The BMW IsettaNext