Welcome back! This week we’re going to take a break from the batshit-crazy choices and look at some nice sensible vehicles. You know, stuff you might actually want to drive. Why, you ask? Well, because last week’s overall winner was the most sensible choice:

So we’ll just keep that ball rolling for a bit.

The truth is, there are still bargains to be found, even with the used car market all haywire like it is now. $2,500 isn’t a lot to work with, but you can still find something that will get the job done. So today, we’re going to look at two very different ways of moving seven people around, and then you get to decide which one is more suitable for the job. Let’s meet our two contenders: 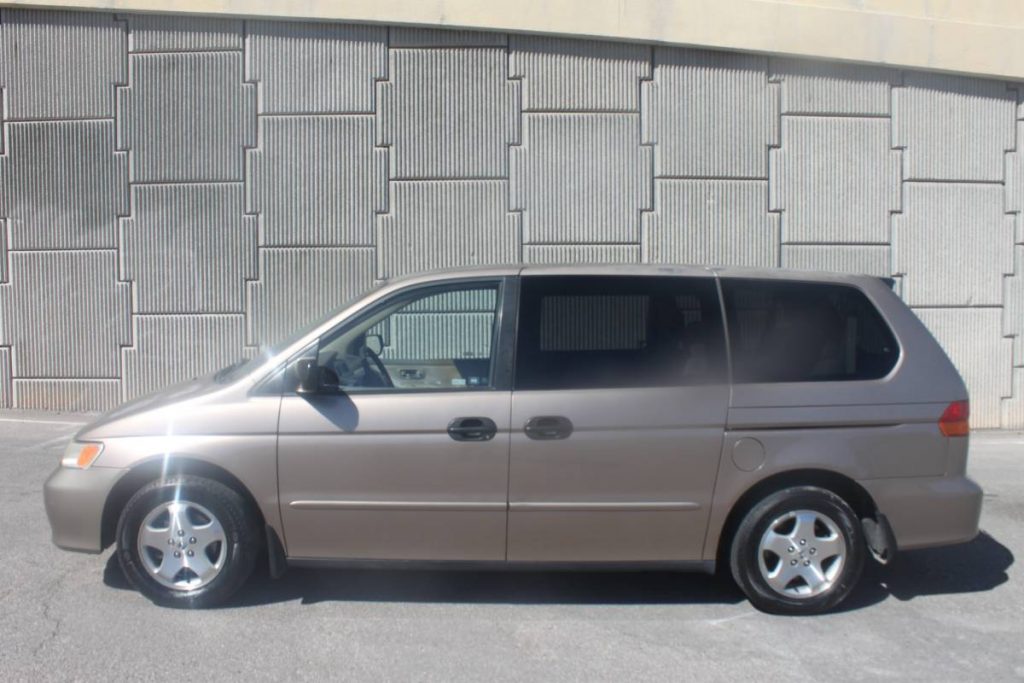 The second-generation Honda Odyssey was quite a departure from the earlier model. Larger, built in the U.S., and designed more in line with the conventions established by Chrysler’s class-leading vans, with rear sliding doors in place of the first-generation Odyssey’s standard rear doors. The result was a handsome (for a minivan), pleasant, successful vehicle, unfortunately plagued by transmission problems. This particular Odyssey, with over a quarter-million miles on it, has likely had those problems addressed, but it’s still something to keep in mind. 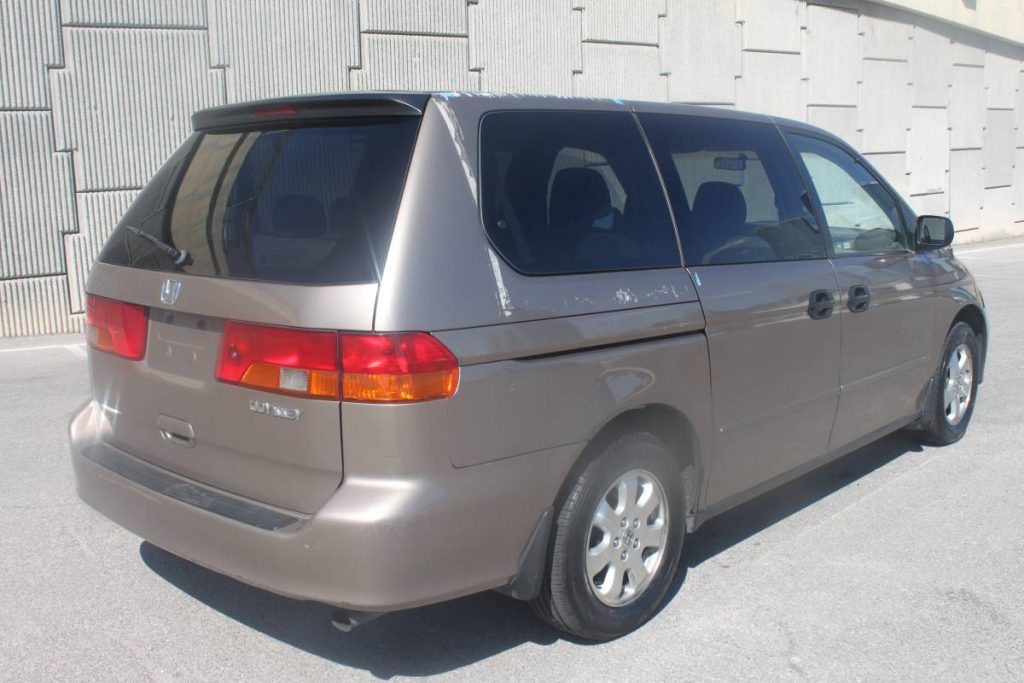 Overall it’s in decent shape, though it looks like the right rear quarter window was recently replaced, judging by the tape residue. I guess they don’t have Goo-Gone in Nevada?  But then, the seller isn’t big on cleaning camera lenses either, or maybe they’re trying for a “soft-focus” look, like Ingrid Bergman in Casablanca. Here’s squinting through the gunk at you, kid. [Editor’s Note: I don’t know what this last line means. Is it a reference to Casablanca? Or is it a grammatical error that I should delete? I’m going to leave it given my propensity to miss references. -DT] 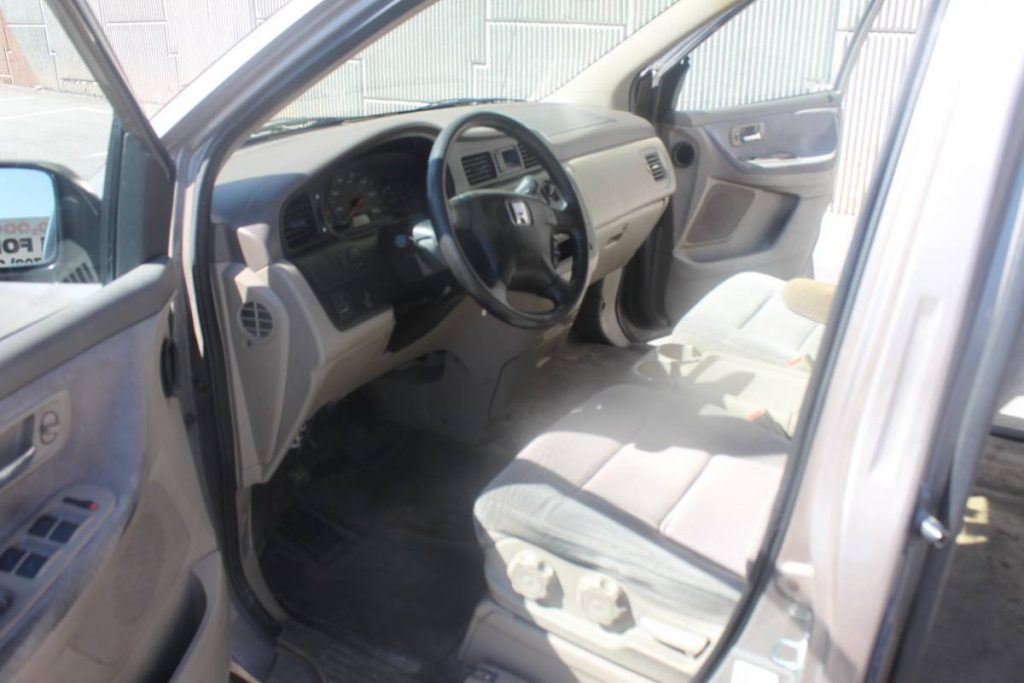 What we can see through the blurry mess looks like a nice honest, well-used van. It is said to run and drive without any problems, has working air conditioning (important in the desert, for sure), and is in “hop-in-and-go” condition. Obviously, a pre-purchase inspection would probably turn up something, but it does look like a good starting point. The paint is a little faded and I bet the bolsters in the driver’s seat have seen better days, but if you care about that stuff, you aren’t looking at $2,500 vans. 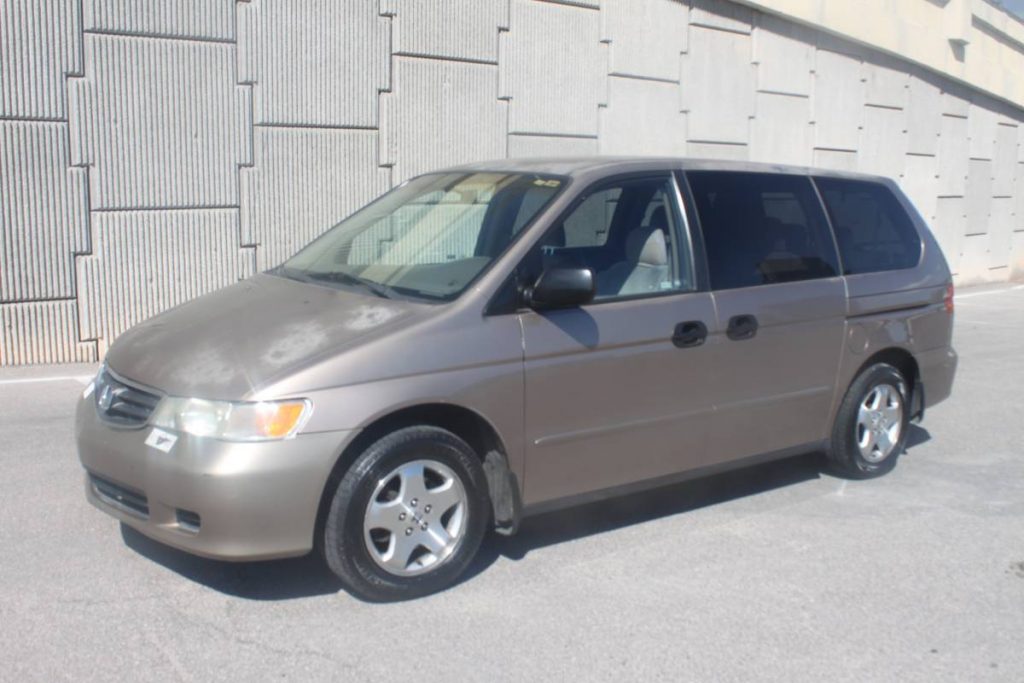 The Chevy Suburban has been around a long time. The model name dates all the way back to 1935, making it the longest-running nameplate ever. And in all that time, the formula hasn’t changed: put a big station-wagon body on a strong truck chassis, and use it to do, well, everything. It’s not the most efficient way to move people and stuff around, but it is a very reliable and certain way. Fuel economy be damned. The Suburban just works. 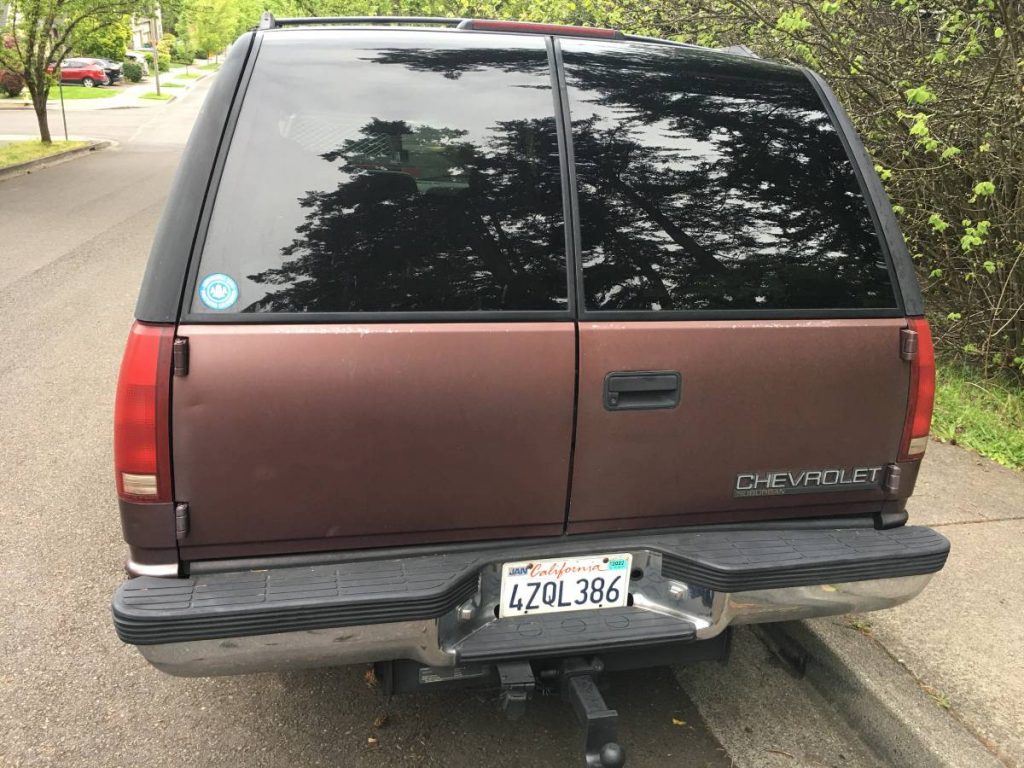 This Suburban is based on the GMT400 truck platform, a personal favorite of mine. It’s durable, reliable, and a whole lot more refined than its predecessor, with independent front suspension on the 4WD models instead of a solid axle on leaf springs. There’s no reason for a truck to ride like an ox-cart. This is also a post-facelift model, with a more rounded, car-like dashboard in place of the severe rectangles and sea of tiny buttons the earlier GMT400s had. It also has the “barn doors” on the rear instead of the tailgate/flip-up rear window arrangement. Both were available, but the barn doors make more sense to a lot of people, including me. 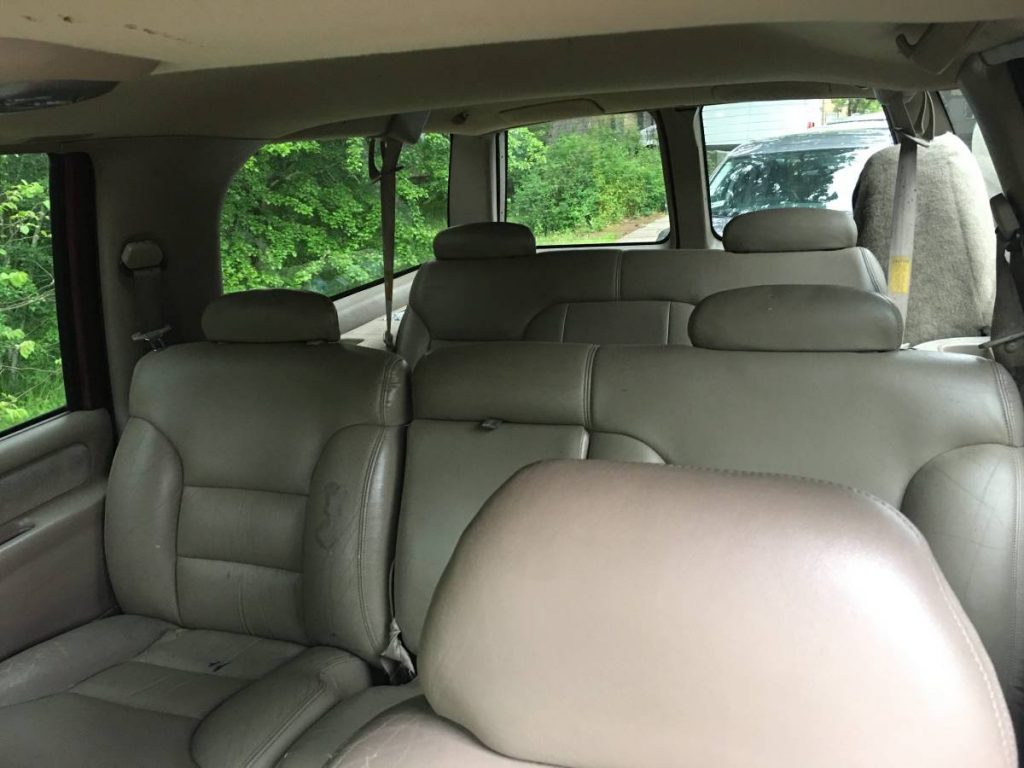 This is a pretty fancy Suburban, too, with leather seats and all the bells and whistles. It’s set up for towing, and it will tow a hell of a lot more than any minivan, if you need that capability. The third-row seat is a little harder to access, a consideration if you need the full seating capacity all the time. 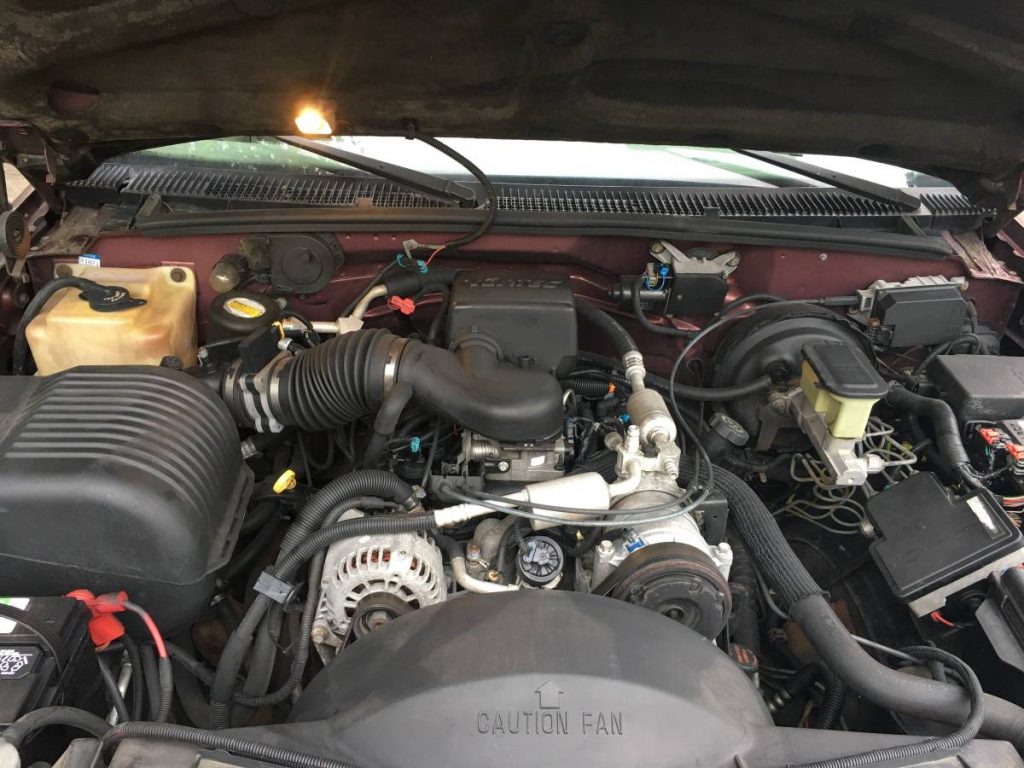 Mechanically, these things are solid, and this one is in good shape: the old 350 small-block just keeps humming along, and the transmission was rebuilt at 160,000 miles. The shift-on-the-fly 4WD system in these has a low-range transfer case, so you can go off the beaten path. A Suburban is kind of a big vehicle for serious off-roading, but it’s nice to know the capability is there.

And kudos to whoever originally chose the color of this one. It seems sometimes like these were only offered in white or forest green; this dusky pink is a strange choice, but a pleasant one. GM calls it “Red Maple Metallic,” according to the info I found. I like it.

So there you have it: two nice sensible ways of carrying seven people and their stuff. Which way makes more sense to you?