After years of our eyes being overwhelmed with bright colors or underwhelmed by matte everything I can’t help but be in love with the vanilla pudding goodness of this Chrysler Crossfire for sale at BringATrailer. Just straight up J-E-L-L-O. The perfect snack pack hue for a real one. A pudding pop on wheels.

One of the best educators I ever had was a physics teacher named Mr. Poythress and one of the best classes he ever taught was when he let us use his Mercedes-Benz SLK 320 to make various motion-related calculations. Do I remember how to do any of these calculations? Let’s assume yes. [Editor’s Note: If I had to guess, one of them involved driving the car at a given velocity around a curve of a given radius, and calculating the minimum friction coefficient acting on the tires to allow the vehicle to make the turn safely. You just use the (mass*velocity^2)/R, draw some free body diagrams, and get’r done. -DT] 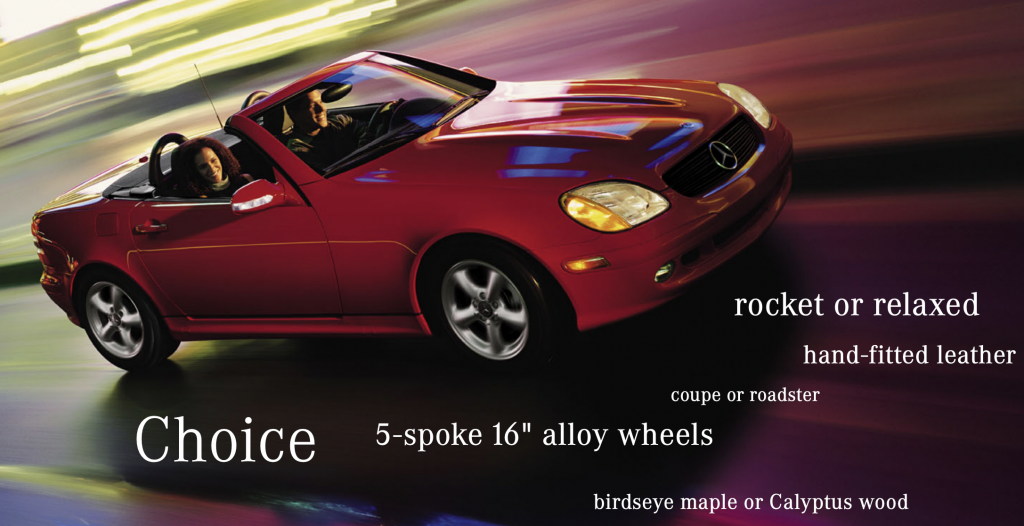 That car was a dream, and if you’d have asked then if I’d rather have the SLK or its American clone the Chrysler Crossfire I’d have definitely chosen the SLK without blinking. Now? It’s a much tougher call.

There’s a great, possibly apocryphal story about Daimler CEO Dieter Zetsche, aka Dr. Z, aka Tobias Fünke that’s worth telling here. As the story goes, Dr. Z had just announced the merger of Daimler and Chrysler — a “merger of equals” that was definitely not equal, with the much stronger German brand absorbing the perennially troubled Chrysler.

As he left the press conference and approached an elevator, a reporter asked “What’s the name of the new company?” and he replied “DaimlerChrysler.” Then, slightly under his breath, mutters “…but the Chrysler is silent.” [Editor’s Note: I don’t think this is a real story, though it’s apparently a widespread one, and it wouldn’t surprise me. -DT].

While Mercedes and Chrysler peanut butter and chocolate did mix (see the Chrysler LX platform and the Grand Cherokee WK platform, both of which shared bones with Mercedes vehicles), the only complete re-style of a Mercedes car to carry the Chrysler badge in the United States was the Crossfire. Underneath the art deco exterior of the Crossfire is the same basic R170 Mercedes platform that underpinned my Physics teacher’s Benz-o. It’s the same five-speed automatic and basically the same M112 3.2-liter V6.

Is the 215 horsepower and 229 lb-ft of torque going to give you a thrill? Only if the only other car you’ve driven is a Yugo. Does it matter? Not really. Just look at it.

Chrysler design in this time period is largely mixed, but much like the Chrysler 300, the Crossfire feels extremely American. There’s no restrained Teutonic-ness to it. Nothing about it is restrained.

From the Winamp-ass looking center console to the bright aluminum wheels and front windshield surround it screams a very specific, very Iacocc-ian concept of luxury. The SLK 320 looks like a sports car. A silver arrow. The Crossfire looks like it was milled from a 9,000-pound block of ambergris.

The one for sale, with current bidding at $8,000, has about 12,000 miles on the clock and a few issues, but nothing that seems like a dealbreaker. Do I want it? Yes, yes I do, even if Jeremy Clarkson loathed it when he reviewed it many years ago:

Howdy! I'm the Publisher of The Autopian which means I'm to blame for at least a small part of this. I used to run another car site and then made movies and TV shows. Now I'm here to convince you to buy a Peugeot.
Read All My Posts »
PrevPreviousThe Front-Wheel Drive V8 Pontiac Grand Prix GXP Was So Strange It Feels Like A Fever Dream
NextHoly Grails: The MG ZT-T 260 Is A Super Rare British Wagon With A Ford V8 HeartNext