No, I’m Not Kidding: A Cheap 1989 Bentley Eight! And Also, A Pretty Cool Geo Storm 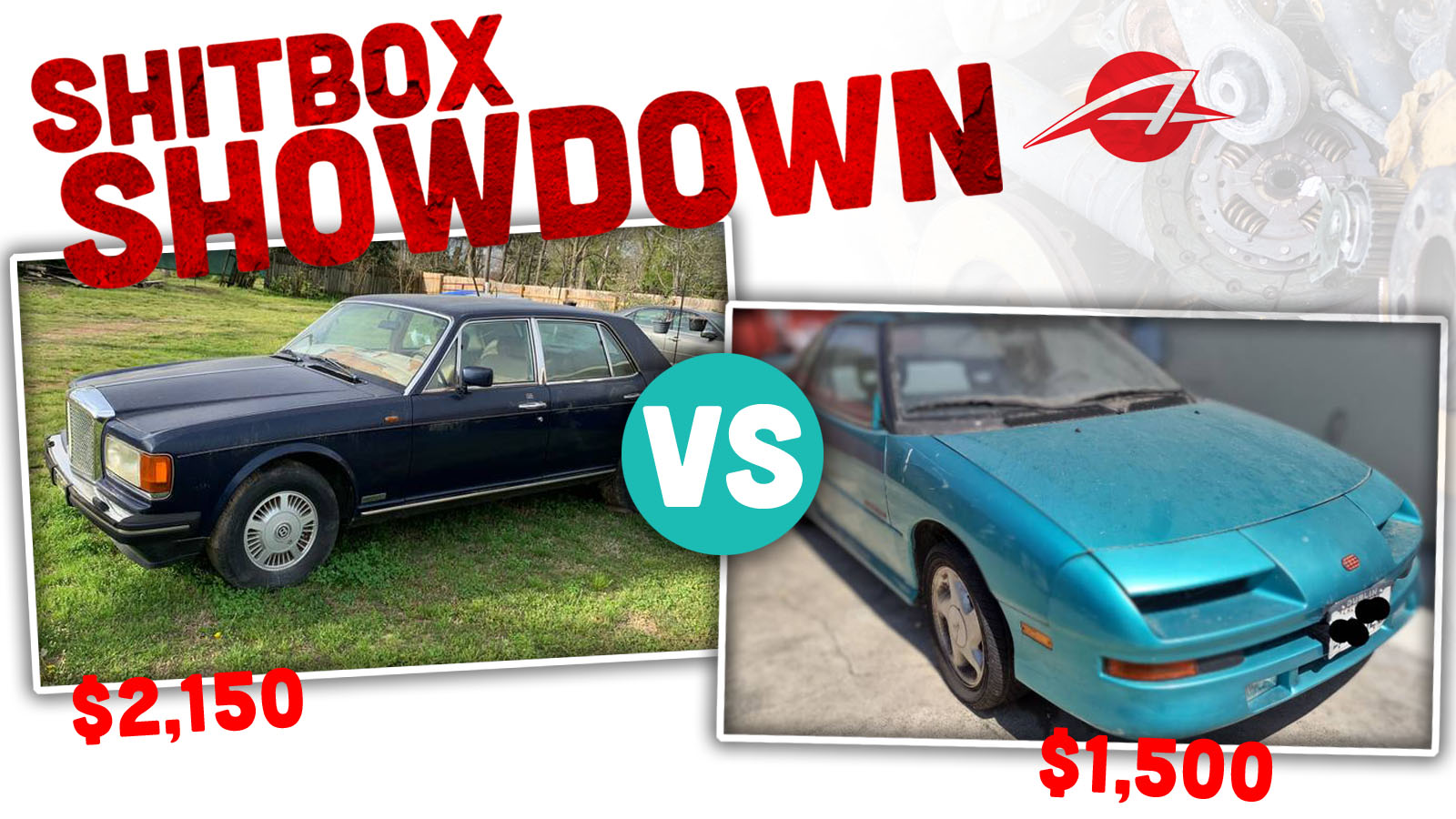 And also a Geo Storm, and I always thought those were really cool.

So let’s get yesterday’s convertibles out of the way first:

I honestly had no idea which way this one was going to go. But apparently someone out there agreed with you all, as the be-stickered, dog-friendly, Gambler-veteran Eclipse is already in a new driveway. As for the Mustang, the only thing I can say for certain is that nobody who wanted it intended to leave it stock.

But now, on to more pressing matters. Internet classifieds are like Forrest Gump’s box of chocolates: you never know what you’re gonna get. And that’s what makes this job continually fun, especially when I stumble across the ultimate in British yard art. So without further ado, I present to you… 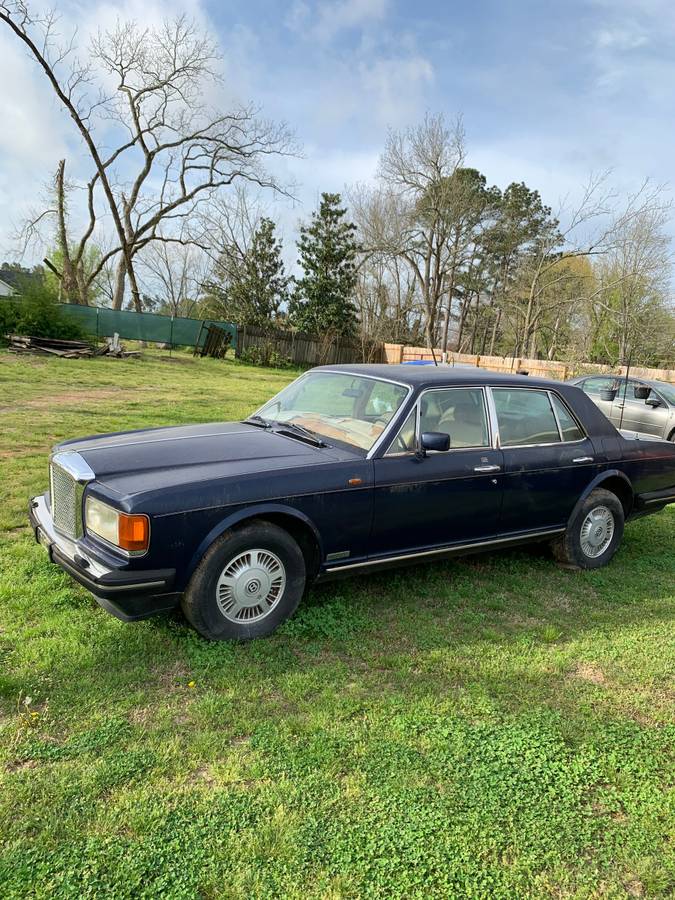 Runs/drives? Sadly, no; has been sitting for five years

First, let’s define what we’re dealing with here, because the ad is rather short on details. This is a Bentley Eight, the “entry-level” Bentley (ugh, how common), not the Mulsanne or celebrated Turbo R. But it’s still hand-built, one of only around 1700 of its kind, built in the same factory in Crewe by the same blokes who built every Rolls-Royce and Bentley. It’s still special. The Eight uses a naturally-aspirated version of the Rolls-Royce 6.75 liter V8, and, believe it or not, the same GM Turbo-Hydramatic 400 transmission as your cousin Randy’s Chevelle.

The ad is lacking in photos as well as text, but seeing such a fine British motorcar in a yard in rural Tennessee is surreal enough in small doses. I do wish we got a look at the interior, however, as it’s the condition inside that will determine if it’s worth fixing up. The “oily bits” are much easier to deal with than the leather and wool. 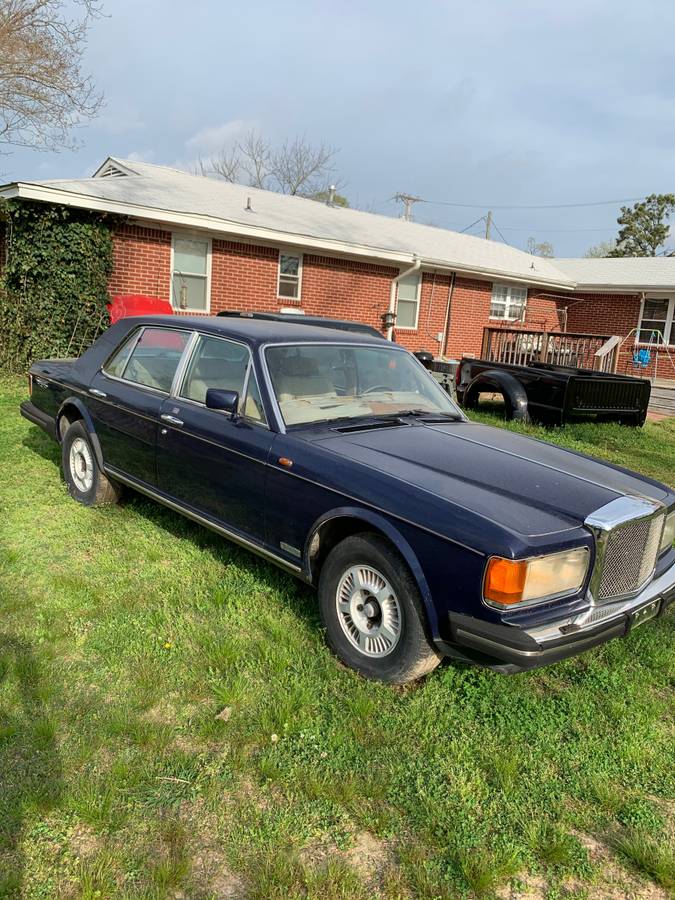 The seller has it listed as a “parts car,” but Bentleys are not the sort of motorcars from which one pulls parts. Due to the commonality with Rolls-Royce models of the time, most everything you need to bring this splendid lady back to life should be available… at a price. 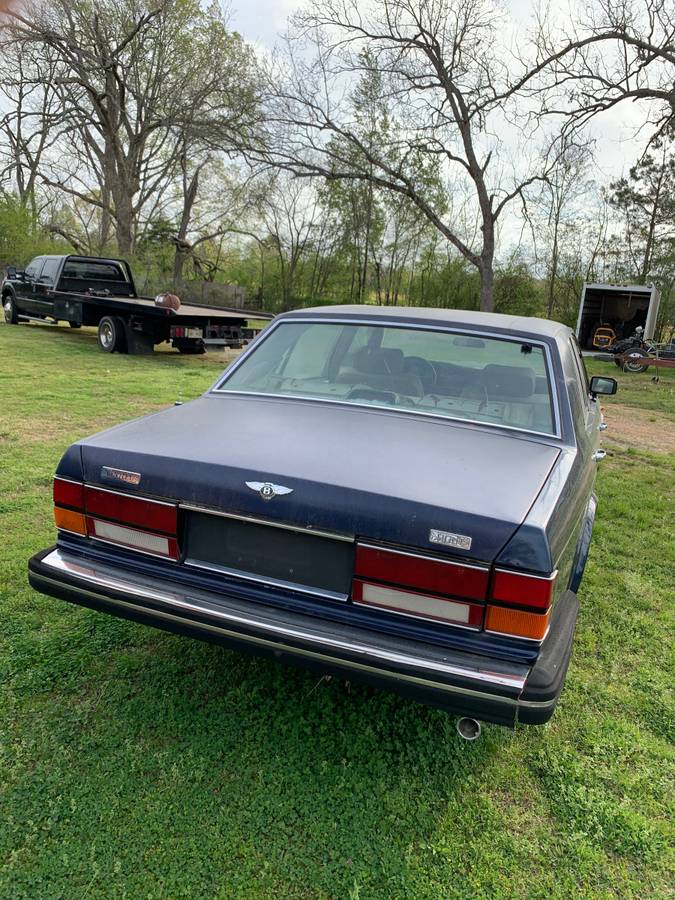 Now, let’s be honest: there is every chance that this car will never move under its own power again. There is also a chance that the only way to make it move is to replace that famous Rolls-Royce powerplant with an LS V8 or something. But there is also the chance that the seller (or whoever parked it) simply doesn’t speak British car, or Bosch fuel injection, and some simple ministrations under a more knowledgeable owner will have it humming in no time. There’s no way to know until you dig into it.

The trouble with finding a car like this for sale, for my purposes, is what do you pair it with? What’s worthy of comparison to a hand-built Bentley? 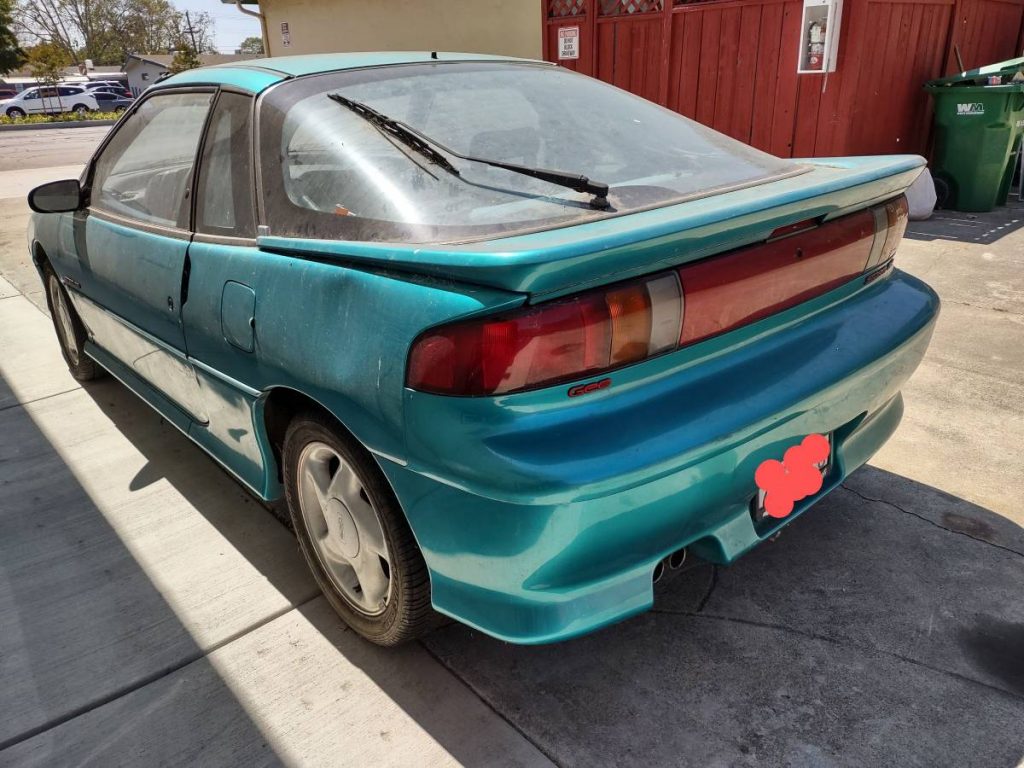 Runs/drives? Runs but not drivable; brakes are out

I will freely admit it: I love the Geo Storm. I had a chance to buy one, a GSi like this but with a manual, and passed it up in favor of a 4 door Ford Escort hatch. Not one of my prouder automotive moments.

The Storm, for those outside of the US, is also known as the Isuzu Piazza or Impulse, depending on where you are. The Impulse version was also sold here for a while, featuring a prominent “Handling by Lotus” badge. I don’t know for sure if Lotus did the suspension tuning on the Geo version, but I do know that these cars attacked freeway cloverleaf on-ramps like they were mad at them, and gobbled up twisty roads like Augustus Gloop in the chocolate factory. 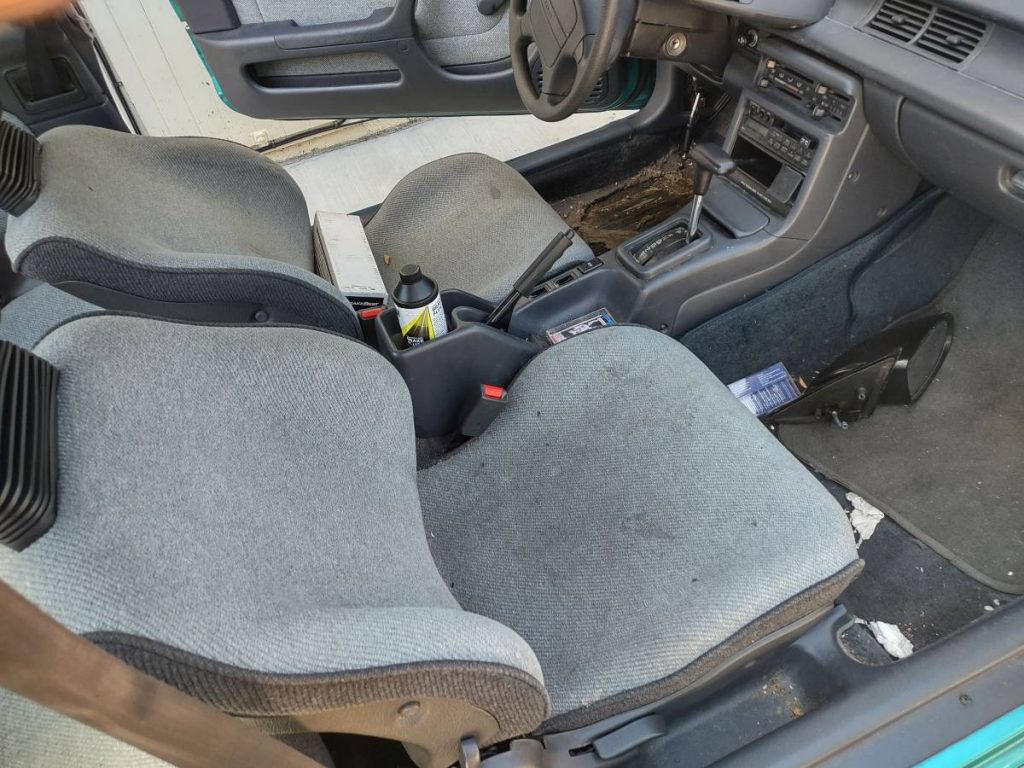 The only trouble is that, when this particular Storm was ordered new, some idiot checked the “Automatic” box on the options form. I can cope with automatics in some small cars, but dammit, a Geo Storm deserves better. Step one for this car should be to find a wrecked Storm, Impulse, I-Mark, or Chevy/Geo Spectrum with a manual and get to swapping. 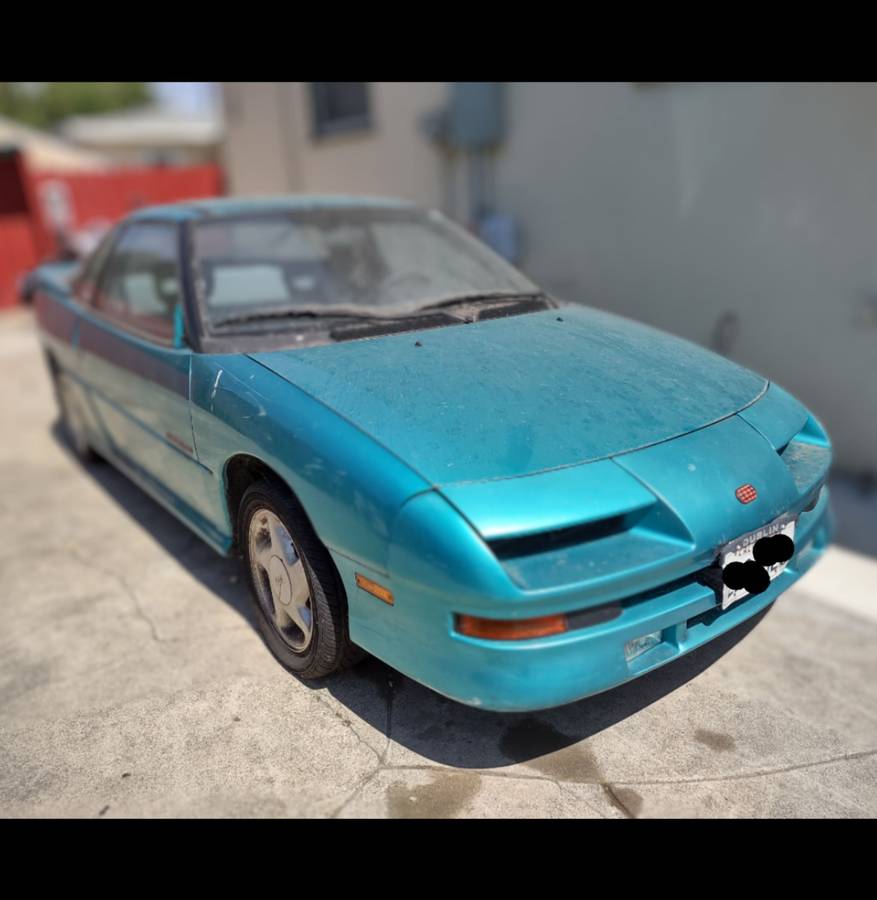 The rest of the car looks decent, if not pristine, and I suppose even if you had to drive it as an automatic for a while, it wouldn’t be the end of the world. These things are getting rare, and beggars can’t be choosers sometimes. At least it’s a nice low-mileage platform to start with. The seller does say that the brake master cylinder is shot, preventing the car from being driven at the moment, but a new master cylinder is included. You and a friend could have it stopping properly and roadworthy in a couple hours.

Well, there it is: Shitbox Showdown history. I doubt we’ll ever have a chance to feature another Bentley, but someday I will find a manual Storm for us to consider. In the meantime, do you choose the safe and easy path and fix up the Japanese sports coupe, or tackle a budget project of epic proportions and attempt to revive one of Britain’s finest motorcars?

Pacific Northwest-based self-taught DIYer of all the things. Current fleet: 1971 MGB GT, 1989 Chevy K1500, 2013 Chrysler 300C, 2003 Infiniti QX4, and 1966 Aristocrat Land Commander trailer. Not to mention about 40 RC cars and around 100 model kits...
Read All My Posts »
PrevPreviousCold Start: What’s The Point Of 4-Color Printing If You Don’t Use It?
NextThe 2023 Toyota Corolla Hybrid Takes After Its Big GR Brother And Starts Spinning All Four TiresNext