I’ve talked about what a confusing shitshow Level 3 autonomy is here before, and I still stand by that assertion. In case you’re confused–which you absolutely have every right to be, as the way the “levels” of automated driving are handled is deeply confusing–Level 3 is a form of automated driving where the car is capable of having complete control at times, but may also need to demand a human take over at unspecified times as well. It’s an inherently confusing level, but automakers are pushing ahead on L3-capable cars, and now we need to deal with all the related issues. One of these issues has to do with the use of mobile devices, and while it’s tricky, I think I have an idea for at least a partial solution.

Before we get into things in more detail, let’s be sure we all understand the parameters here. Here’s how the Society of Automotive Engineers describes Level 3 automation: 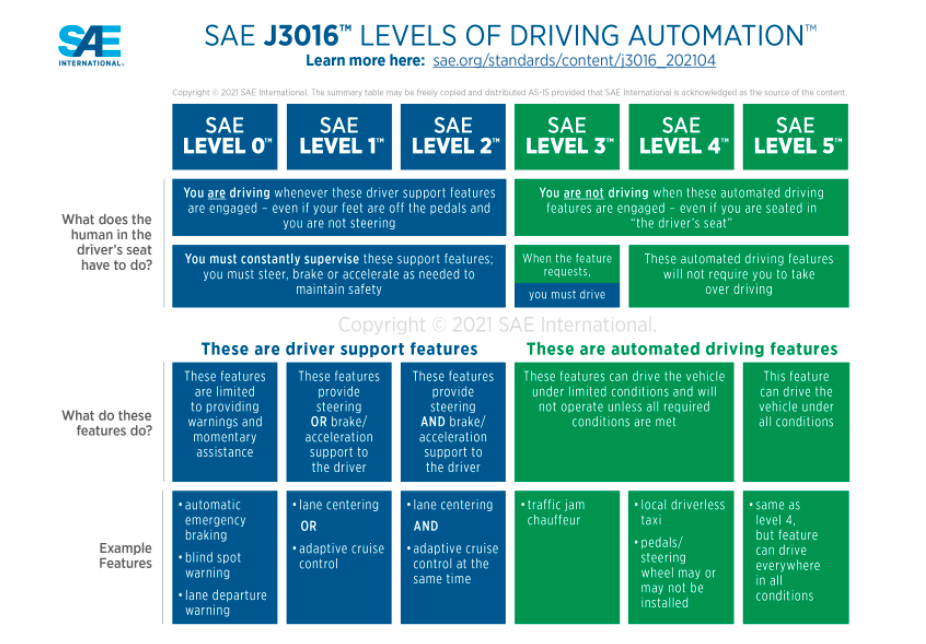 The SAE calls L3 “conditional driving automation,” and describes it as

“You are not driving when these automated driving features are engaged – even if you are seated in “the driver’s seat.”

The chart then adds this qualifier block of text for L3:

“When the feature requests, you must drive.“

As I mentioned in my other article, the parameters about when a driver must take over and any details about how that transition should take place or how long the transition should last are still completely unclear. I won’t rehash that whole other story, but let’s suffice it to say that an actual autonomous driving engineer told me that “there is absolutely a lot of guessing going on.”

So, you know, that’s great.

But carmakers are already deploying L3-capable vehicles, like the new Mercedes-Benz S-Class, which conforms to the current legislation that limits L3 vehicles to 37 mph, making them primarily automated traffic jam-handling systems, though this speed restriction is expected to be removed in the future.

In the UK, there’s been a lot of talk recently about L3 regulations, including the practice of watching or interacting with non-driving content on screens, which would be allowed for built-in display screens on the car only.

You can see an example of this in one of Mercedes-Benz’ promotional videos, where the driver watches a video on the car’s built-in screen:

Now, what’s important to note here is that viewing or interacting with content on a handheld screen is not suggested, as noted in this BBC story:

Experts have suggested a vehicle can stop built-in screens displaying material unrelated to driving when the motorist is required to resume control.

But there is currently no comparable system to turn off handheld mobile devices.

This can also be seen in recommendations from the UK’s Law Commission regarding potential updates to the highway code for Automated Vehicles, which recommends the following be considered driving offenses:

As you may be able to tell, the issues here revolve around the crucial problem of Level 3: sometimes the driver must take over, and that can happen at any point in time, so anything that keeps the driver from being informed of their need to take over is out: sleeping, using screens that are not connected to the car’s alert system, etc.

With Level 2 systems, the driver is at least expected to remain alert and ready to take over the whole time; since that’s not the case here, as L3 permits periods of complete disengagement, if you’re going to be watching something on a screen, that screen better have the ability to cut off your pornography or game of Cyberpunk 2077 and alert you that, hey, you better take over driving.

I think the problem here is that there is simply no reasonable way you can guarantee people won’t be looking at their phones, because, come on, of course they will if the car has relieved them (temporarily, for an uncertain duration of time) from driving. 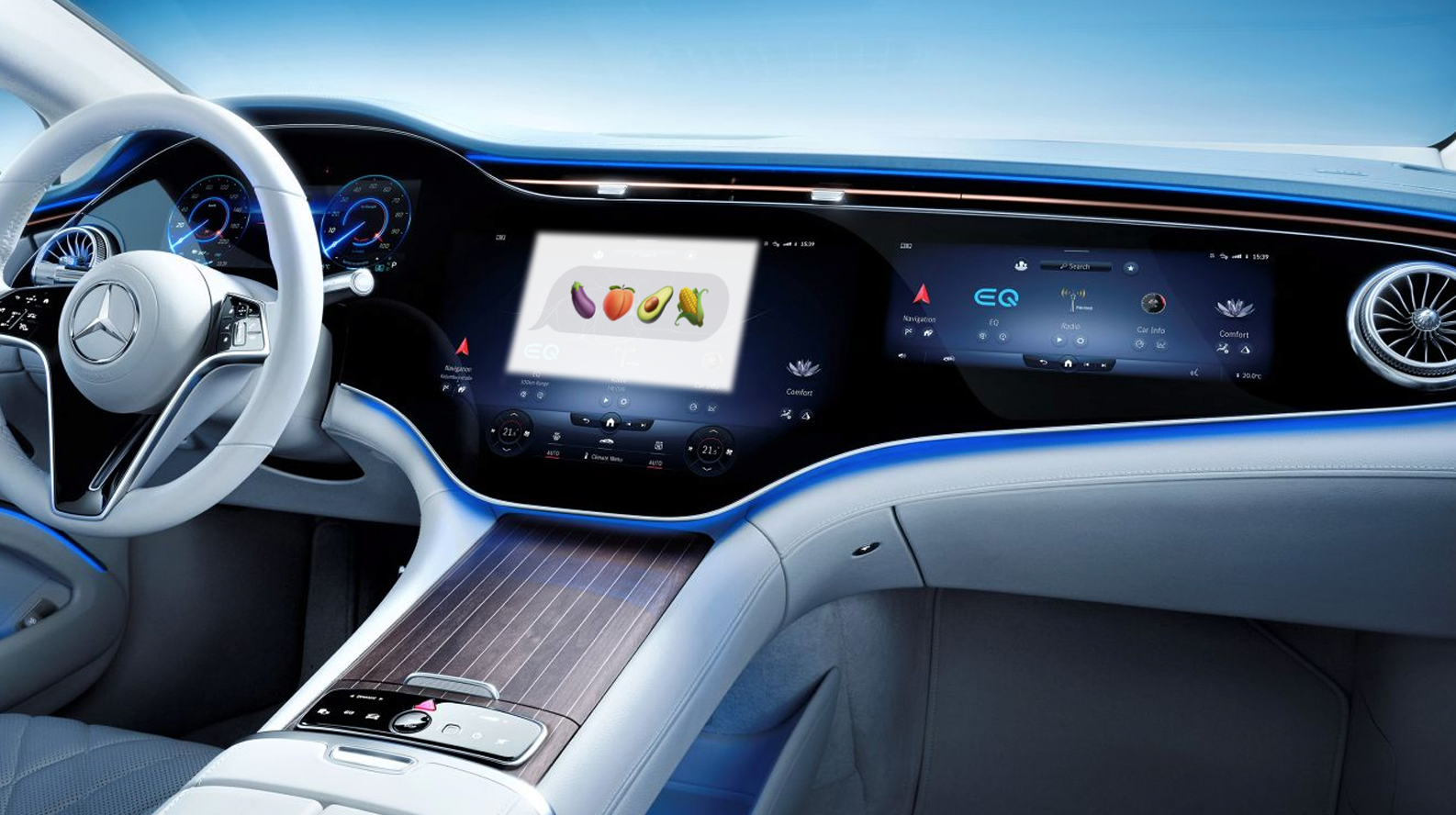 All of their apps and contacts and content are on their phones, and it’s not necessarily on whatever is on the car’s infotainment systems; also, people have very personal content on their phones, and even if you could mirror a phone’s display to the car’s display systems, where it could be interrupted by a warning to take over, if there are other people in the car, I suspect many people simply wouldn’t want their phone’s screen visible on a large dash screen.

So, I don’t think the demand that only in-car displays be used in this context is realistic. But, I do think there is a solution: make the handheld devices work with the car’s takeover warnings and cutoff systems.

That BBC article even came close when it stated “but there is currently no comparable system to turn off handheld mobile devices.” The word “currently” there is the key one, because, well, why couldn’t a handheld device have a comparable system?

Here’s what I think could make sense: If you have a car with L3 capability, that capability cannot be activated unless the car gets paired with an application on the driver’s phone. The app on the phone does the necessary handshaking with the car to allow the L3 ability, and when it’s activated, the phone app passes the car’s requests for driving takeover to the phone, and simultaneously locks out the phone’s other features that would impede with driving–video applications, texting, etc.

Maps and normal phone calls could be fine, but that’s it: when the car wants you to take over, the driver’s phone displays the alert, maybe plays a loud sound to wake you up if you’re asleep, and blocks apps that would distract you.

If you don’t have the app on your phone, then you don’t get to use L3. That simple.

How would we prevent some other phone from being used to interface with the car, and the driver may have a second phone to watch things on while driving? Honestly, that I’m not sure about yet; I don’t have all the answers here, but I think this situation would be relatively rare unless you were just determined to be an idiot; after all, if you went through the trouble of getting a phone just to use while you drove, you’d have to be pretty committed to making terrible choices and I’m not sure how to help you there.

I think this approach can accept the reality that, duh, people will absolutely use their phones if they’re not required to actively drive or monitor, and the stipulation that somehow just built-in screens are okay and others aren’t is confusing and, if we’re honest, easily solved, technically.

Really, this is the easiest and cheapest possible solution to this problem: it’s all software, the car side of the software could be sent via an over-the-air-update, and everyone can download an app, especially anyone looking to buy an L3-capable car. Most carmakers have apps they offer already; this feature could just be included in those.

Level 3 is already full of confusion and problems. There’s no reason to add more.

I'm a co-founder of the Autopian, the site you're on RIGHT NOW! I'm here to talk to you about taillights until you cry and beg me to stop, which I absolutely will not. Sorry. Hug? Also, David's friend.
Read All My Posts »
PrevPreviousCalifornia May Soon Pay You To Convert Your Car To An EV And I Hope The Federal Government Follows Suit
NextHere’s How China Builds The Cheapest Cars In The World (Like The Changli)Next