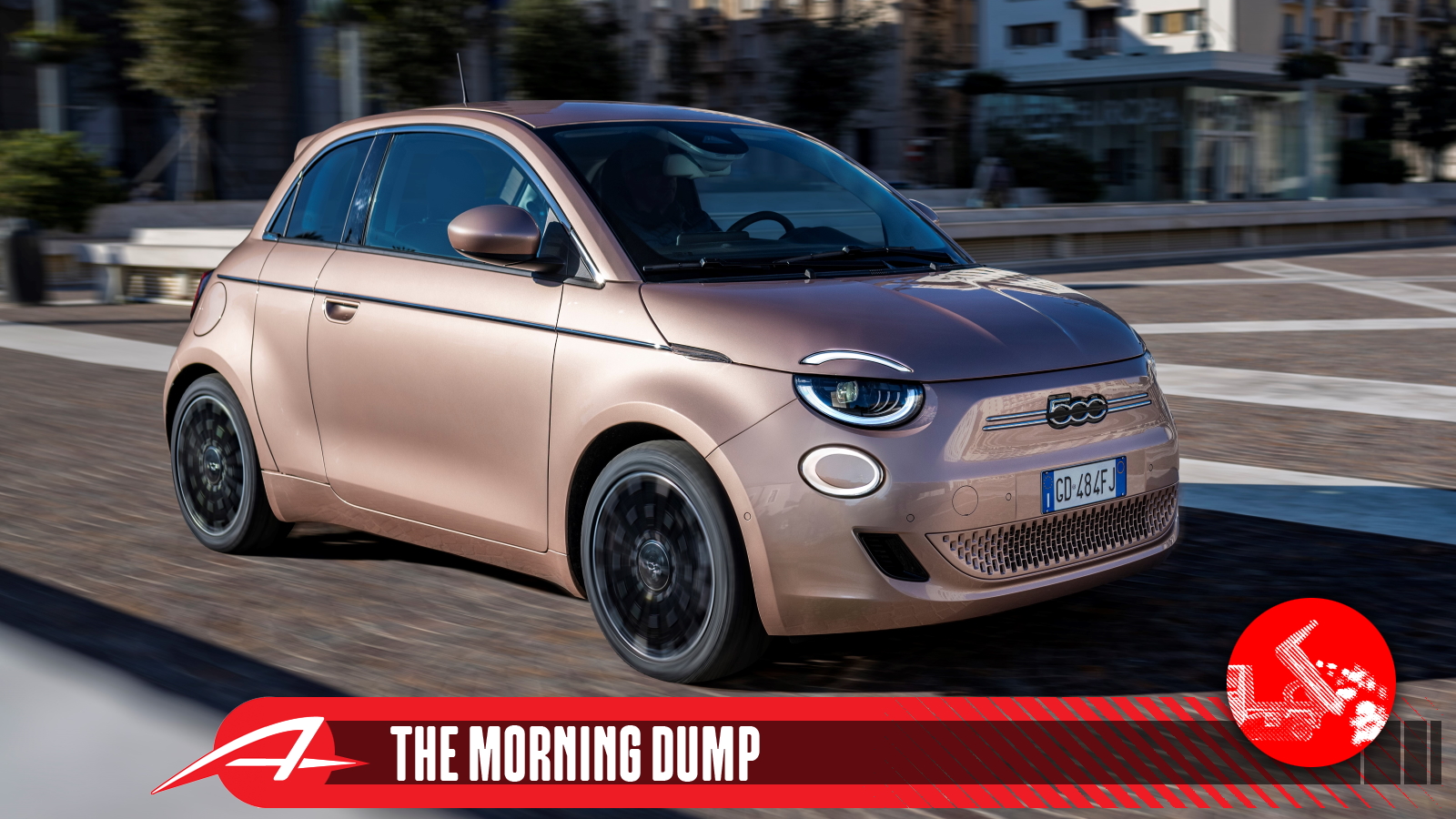 The future of combustion engine phase-out starts to look shakier, Ford goes retro with a new trim of F-150, India is set to launch new car safety ratings. All this and more on today’s issue of The Morning Dump.

As proposals for phasing out combustion engines draw near, countries around the world are feeling reluctant. Let’s start with the situation in the European Union. Germany has disagreed with the proposed ban, and if Germany’s defiant, then there’s a good chance more countries will start to get bold. Unsurprisingly, Reuters reports that five more European nations have banded together to delay the proposed 2035 combustion engine phase-out for both light and heavy vehicles. Italy, Portugal, Slovakia, Bulgaria, and Romania are all pushing for a 90 percent reduction in CO2 from cars by 2035, with full reduction kicking in come 2040. For light commercial vehicles, an 80 percent cut in CO2 emissions is proposed for 2035.

According to Reuters, an unnamed Bulgarian official cited social and economic factors like “the significant differences” in purchasing power between European countries as key rationale for this pushback. Final legislation for a ban on new combustion engines is expected this month, although even that goal isn’t looking so firm right now.

On the G7 side of things, Reuters reports that Japan is pushing to remove an interim EV target from the upcoming G7 agenda. Instead of a firm target of a “collective goal of at least 50% zero-emissions vehicles by 2030,” Japan’s going a touch vague by proposing “significantly increasing the share, sale and uptake of zero-emission light duty vehicles recognizing the range of pathways that members are adopting to approach these goals.”

While a hard reduction in CO2 emissions is a noble goal, it’s going to require a lot of work to cut out fossil fuels. Honestly, I’m not even sure if that’s possible in our society. Generations have grown up enthralled with the joy of internal combustion, and while EVs make phenomenal dailies, it’s hard to replace the theater of dinosaur-powered explosions in weekend toys. While it would be nice to leave consumers to vote with their wallets, we’ll really have to see where the chips fall.

The 2023 model year is a big one for Ford as its F-Series line of pickup trucks celebrates 75 years on the market. Honestly, it’s hard to think of a nameplate that’s been cranking along continuously for that long, so it feels like something special is in order to celebrate such a milestone. Ford thinks it has just the ticket by taking the mainline F-150 XLT and throwing things back to the ‘70s and ‘80s.

No, the 351 Windsor V8 isn’t back, but a set of old-school two-tone paint schemes are, as are some seriously retro seat inserts. Let’s start with paint. Race Red and Antimatter Blue get Carbonized Gray as a contrast color, while Atlas Blue, Avalance, and Area 51 get set against Agate Black. Those dark accent colors make an appearance on the roof, pillars, bumpers, and lower bodysides. Moving to the interior, Heritage Edition trucks get special striped-and-pleated seat inserts, unique embossing on the console lid, a ‘75 Years’ logo in the windshield, and a unique infotainment screen startup animation. Pricing for the 2023 F-150 Heritage Edition won’t be announced until July, but I’d be surprised if it cost an arm, leg, and firstborn. Kudos to Ford for jazzing up the mainstream XLT trim level rather than going for a higher-margin trim.

I don’t think it’s controversial to say that some sort of new car safety standards are a good idea. After all, we’re now far less likely to get thrown through windshields, crushed under flimsy roofs, and squashed in side impacts than our grandparents were. India’s road transport ministry has been watching safety programs in other countries, and it seems to have been taking notes.

Starting in April 2023, India will be rolling out Bharat NCAP, a star-based safety rating system for new cars with a capacity of eight or fewer passengers and a weight of under 3.5 tonnes (7,716 pounds). Honestly, it seems like a wise move for consumer safety. According to Reuters, the new tests will assess adult and child occupant protection, along with various active safety features. Autocar India reports that adult and child safety ratings will likely be amalgamated, a bit of a departure from most other crash testing protocols around the world. In addition, Reuters reports than India’s thinking of mandating six airbags, up from the current standard of two. Yeah, that sounds like a pretty good idea. According to The Times of India, there were 130,000 fatalities on Indian roads in 2020, so a little more consumer safety could go a long way towards saving lives. While it will take ages for all the Maruti Suzuki 800s to return to the earth, implementing new crash test ratings prevents the can from being kicked further down the road.

Truth be told, the Genesis Electrified G80 looks just about perfect for anyone who likes the concept of the Mercedes-Benz EQE but finds it absolutely hideous. What can I say? The electric G80 is seriously handsome, packs an estimate 282-mile range, and runs on an 800-volt architecture for properly fast 350 kW DC fast charging. There’s just one problem – it’s been hit with industry delays.

Yes, as much as we’d like to see consumers get their hands on the Electrified G80, it looks like they’re going to have to wait. Automotive News reports that this handsome sedan won’t launch until late summer or early fall. While that isn’t a massive delay by any means, it’s still a bit annoying for anyone who’s been waiting on an Electrified G80. For those who are just now aware of this lovely luxury sedan and want to get their order in, don’t worry as there’s still time. Honestly, I really want to get my hands on one of these for a week of testing. It seems to be pushing new levels of normalcy in the EV sector, which seems genuinely fascinating. Of course, 365 horsepower and 516 lb.-ft. of torque certainly don’t hurt either.

Whelp, time to drop the lid on this edition of The Morning Dump. Happy Monday, everyone. It’s the start of a brand new week. There’s been some discussion in our corporate AIM private chat room this morning about Canada’s 15-year import rule, which begs a good question. What car made between 1997 and 2007 and never sold in America would you bring in if it were legal? I won’t lie, I still want a bright orange Mk2 Ford Focus ST, although a Citroën C6 sounds equally fabulous. What’s your hypothetical pick?

Thomas is a Nu Rave-blaring, heel-toe downshifting, maple syrup-swilling, chassis-geeking, junkyard parts-hauling, floppy-haired scenester who's been writing about cars since college. His current ride is a 2006 BMW 325i with the six-speed manual gearbox. Instagram: @thomas.hundal Twitter: @thomashundal
Read All My Posts »
PrevPreviousA Pair of Crusty Four-Doors: 1974 Dodge Dart vs 1968 Fiat 124
NextI Asked Artificial Intelligence Program ‘DALL-E Mini’ To Generate Pictures Of Cars And The Results Are Disturbing And AmazingNext