When the Lotus Eletre SUV debuted, I was puzzled by who was going to buy it. If this high-tech electric machine was Lamborghini Urus money, there’s a high likelihood that it would just sit on showroom floors. It turns out that Lotus may feel the same way, which is why the marque is gunning for a significantly more mainstream price bracket. 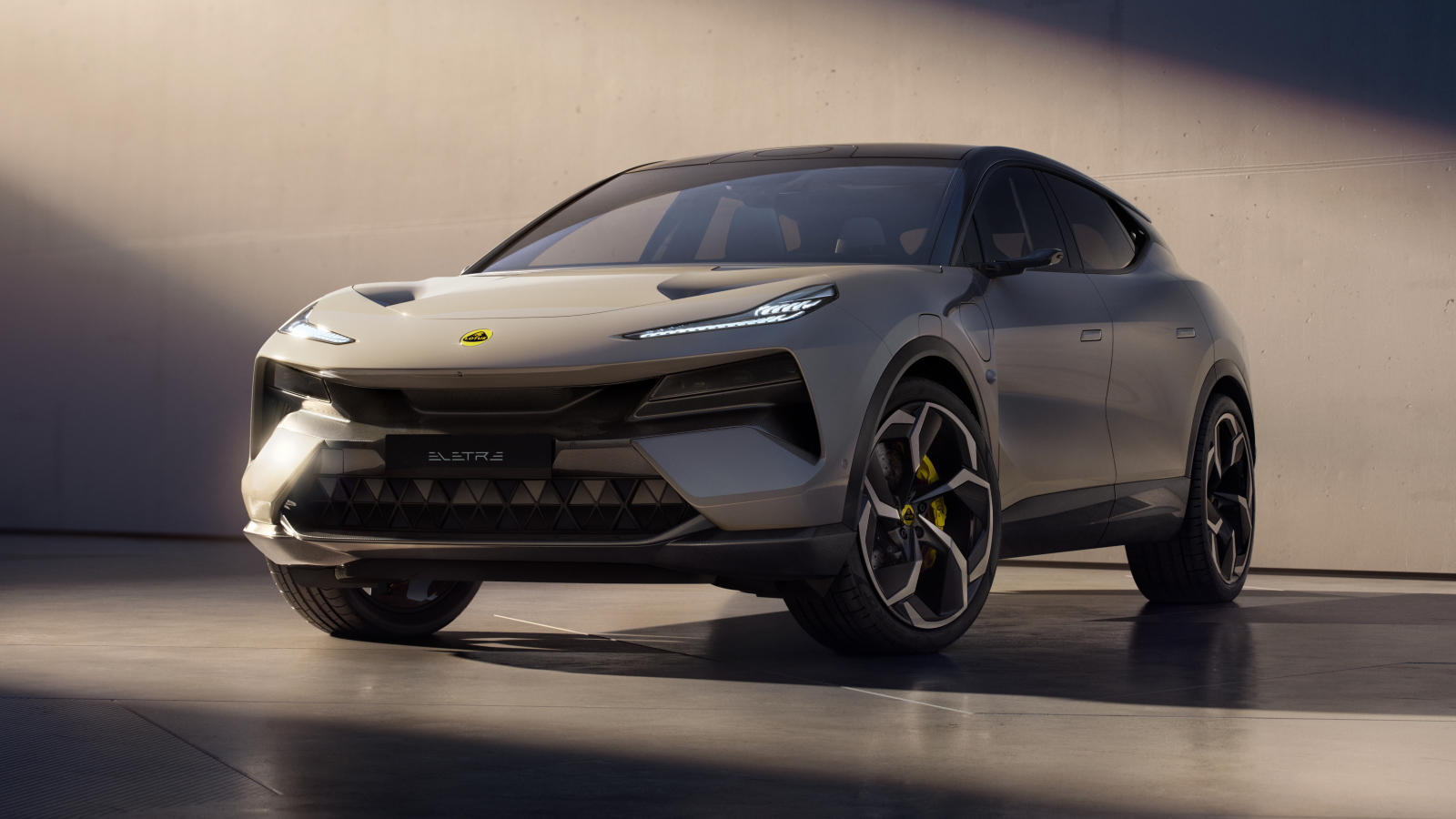 Pricing in the UK for the base Eletre starts at £89,500 which actually seems reasonable. Subtract VAT and convert to American dollars, and that ends up in the ballpark of $85,000. Still a lot of money, but nowhere near Mercedes-Benz EQS territory. It’s not slow either, 600 horsepower and zero-to-62 mph in 4.5 seconds should make for a reasonably rapid base model. Oh, and it includes tons of kit, such as a 1,380-watt stereo, air suspension, four-zone climate control, 12-way electric front seats, and deployable LIDAR. Other neat tidbits include carpet made entirely from recycled materials, triangular grille shutters that look like teeth when partially-open, and a massive 15.1-inch touchscreen infotainment system. 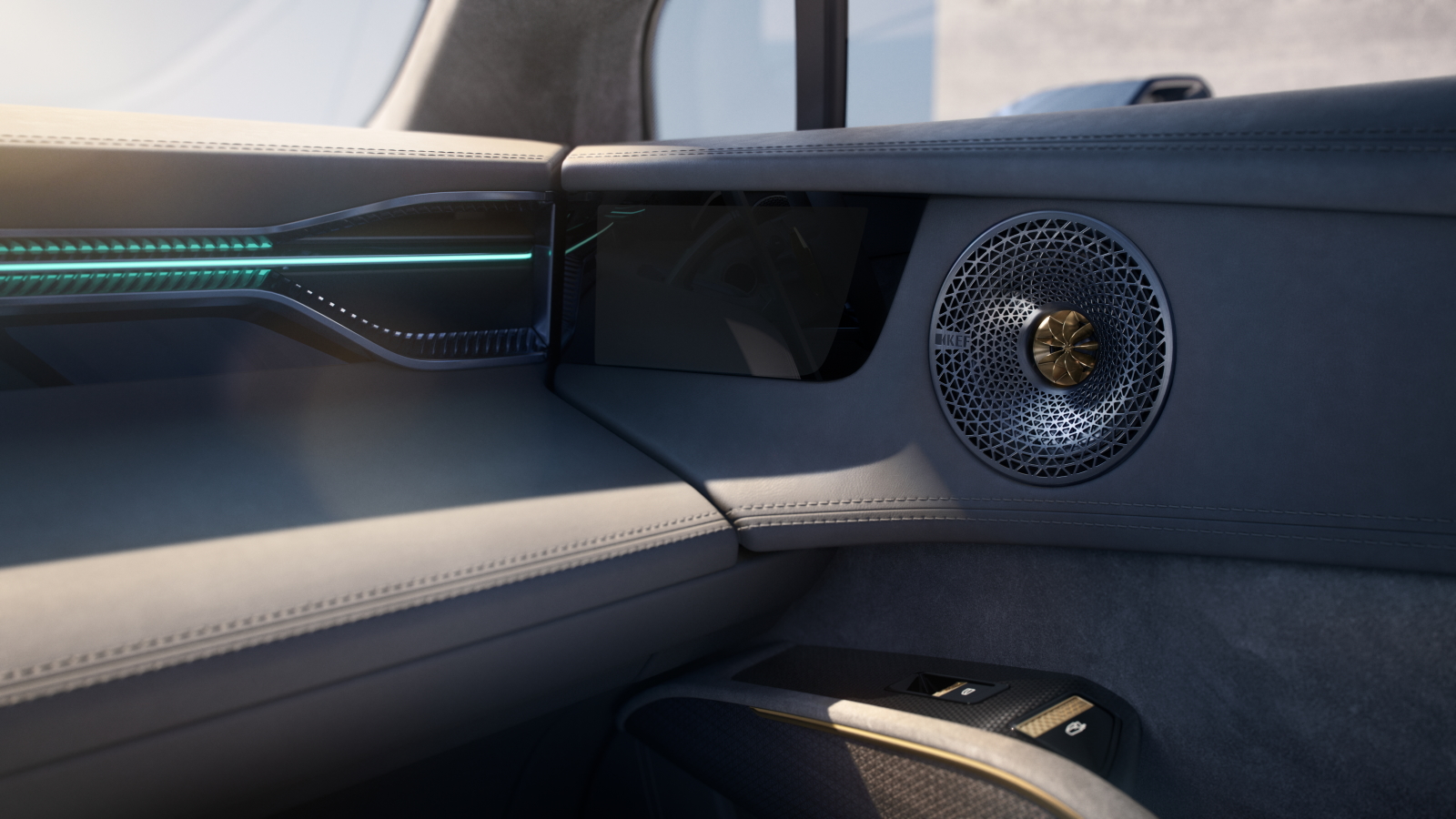 However, if you want a plusher Lotus SUV, step up to the Eletre S. At £104,500, it’s a lot more money than the base Eletre, but it includes such niceties as soft-close doors, an active spoiler, privacy glass, and a 2,160-watt, 23-speaker KEF Reference audio system. It doesn’t sound like a ton of kit considering the 15,000 upcharge, but considering what high-end audio systems costs in this segment, the Eletre S doesn’t seem like terrible value. 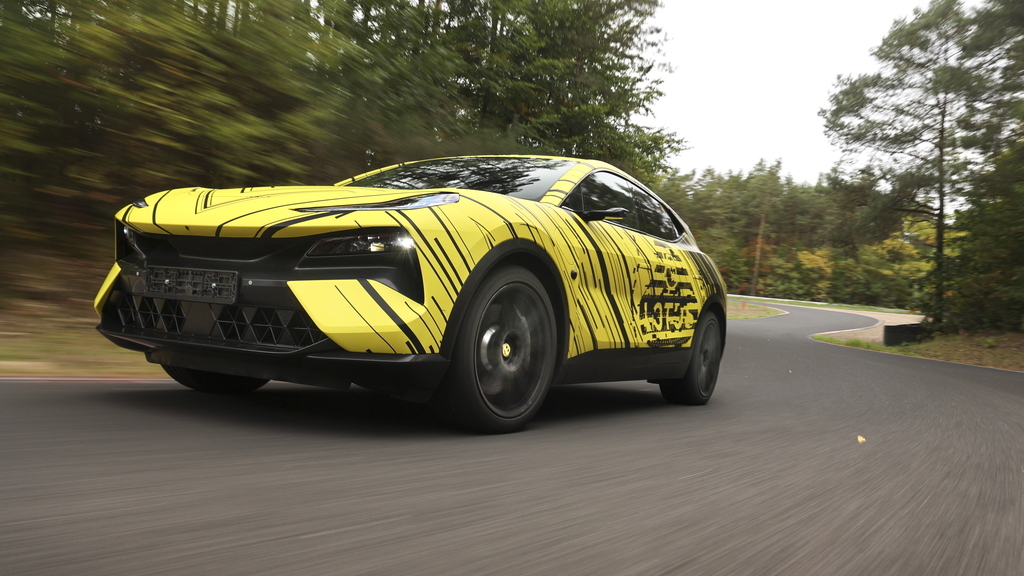 Mind you, if you’re like me, you’re probably more interested in the top Eletre R model. At £120,000, it’s quite expensive, but it does offer some extra shove. The wick’s been turned up to 905 horsepower thanks to a more powerful rear motor with a two-speed gearbox. That’s good for zero-to-62 mph in 2.95 seconds on its way to a top speed of 165 mph.

Assuming the Lotus Eletre in the United States comes in at $120,000 that’s a good price to get a streetable car with over 900 horsepower. A Dodge Challenger SRT Super Stock is only $88k but only (lol) produces 807 horsepower. A Tesla Model S Plaid is $127,590 and offers an amazing 1,020 horsepower. This seems like it’ll be somewhere close to that. By comparison, an Urus has 650 horsepower and costs just above $220k.

Oh, and don’t think that Lotus hasn’t beefed up the handling because the Eletre R gets stickier tires, launch control, and a special Track mode that drops the ride height, stiffens up the dampers, and sets the active anti-roll bars to full attack. It’s a bit mad considering this is still a big, electric SUV, but it’s my sort of insanity.

Besides, if anyone can make a very heavy battery pack on very big wheels handle well, it’s probably Lotus. In fact, Lotus promises that the Eletre won’t just carry a neutral balance, it will breathe with the road, complying with imperfections to maintain control. Handling is more than just roadholding numbers, it’s how a car feels and communicates. 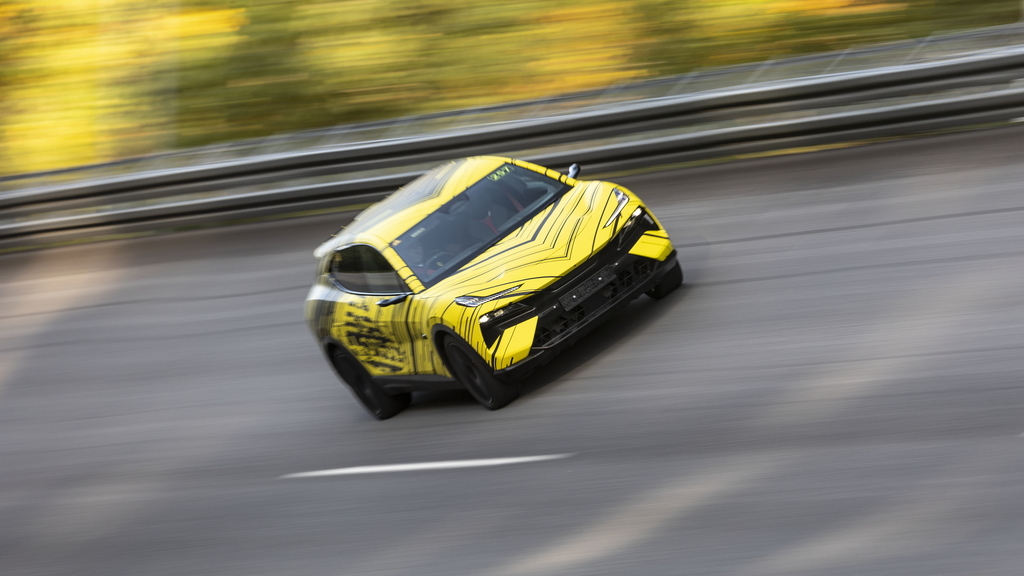 Mind you, Lotus also plans for the Eletre to offer exact opposite of driver involvement – autonomy. Not only is LIDAR employed in Lotus’ system, the carmaker doesn’t just plan to use autonomy for normal road use. Since Lotus is a high-performance carmaker, it’s interested in bringing the excitement of performance driving to less-skilled customers by having the Eletre autonomously lap the Nurburgring.

Forgive me, but driving autonomously during Touristfahren doesn’t sound like the best idea in the world. While on-track autonomy is generally fairly easy, drivers aren’t always predictable, on-track hazards happen, and sessions can get yellow-flagged quickly. Plus, most insurance companies won’t cover collisions on the Nordschleife. If Lotus is willing to take legal responsibility for any incidents using the mode, I could see a possible defense, but there’s still a great deal of risk involved. Either way, such an autonomous mode hasn’t been released yet so we’ll see what happens. However, there’s something more important than autonomy here. If we read between the lines, Lotus implies that the Eletre is capable of a full Nordschleife lap, an impressive thing for a battery-powered SUV. That takes some serious brakes and some serious cooling to accomplish, especially with a 112 kWh battery pack. 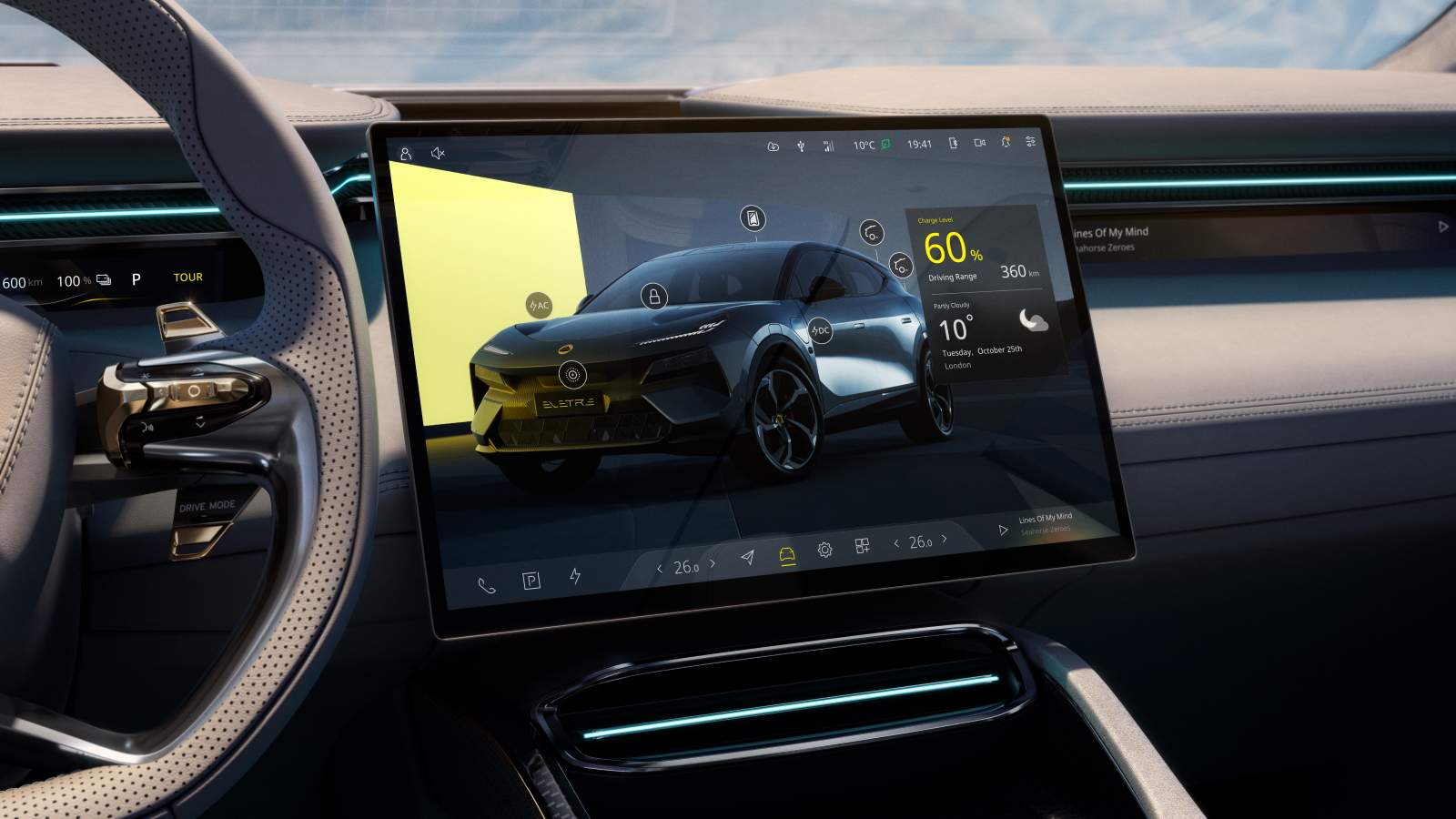 However, perhaps the most interesting tidbit gleaned from the press release is that UK models will come with a five-year/100,000-mile warranty. That’s quite a bold move given some of the stereotypes associated with British cars, so I’ll be interested in seeing whether or not it costs Lotus a fortune.

Lotus seems to be playing the right cards by pricing the Eletre in the same ballpark as well-equipped BMW iX models rather than the Tesla Model X. While the Lotus name doesn’t have heaps of mass appeal, BMW was in a similar position 50 years ago and look how quickly the Bavarian brand built an American following. Expect more details on American variants sometime closer to 2024, when Hethel’s battery-powered SUV comes ashore.

All photos courtesy of Lotus

Thomas is a Nu Rave-blaring, heel-toe downshifting, maple syrup-swilling, chassis-geeking, junkyard parts-hauling, floppy-haired scenester who's been writing about cars since college. His current ride is a 2006 BMW 325i with the six-speed manual gearbox. Instagram: @thomas.hundal Twitter: @thomashundal
Read All My Posts »
PrevPreviousThe 2023 Toyota Crown Is A Crossover Sedan That Isn’t Boring Despite The Fact That Toyota Sedans And Crossovers Usually Are
NextHoly Grails: The South African BMW 745i Is The M7 BMW Never Gave The Rest Of The WorldNext