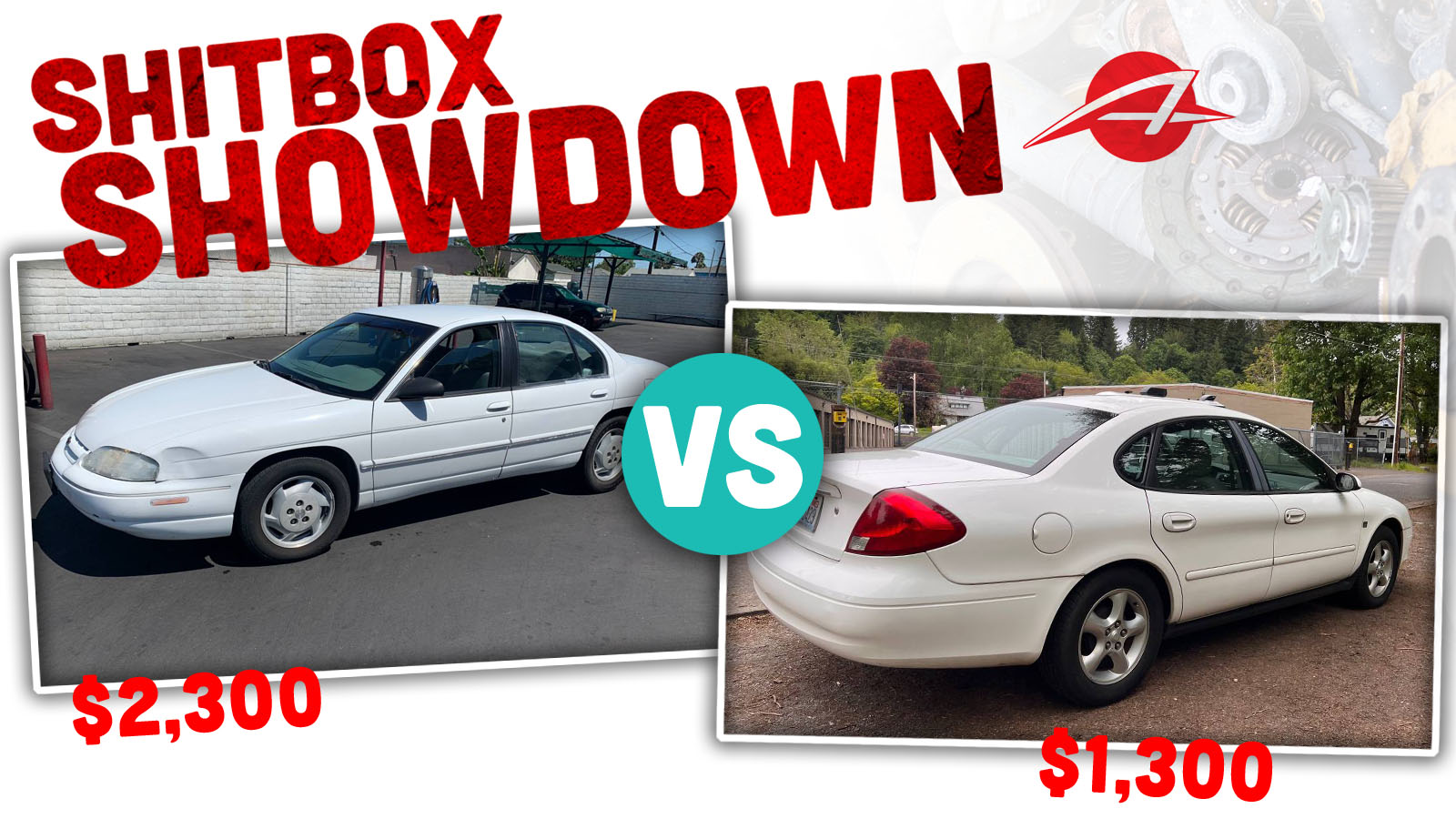 Good morning, and welcome back to another week of Shitbox Showdown! I hope you all enjoyed your holiday weekend. Since we have a short week, I’m continuing in my quest to give David a heart attack by messing with the formula, and we will have only three Showdowns this week, and then do something special on Friday. Speaking of Friday, let’s see what you thought of our cheap RV options last week:

As I suspected. Lewd jokes aside, the Beaver really was the better bet.

Today, in honor of the Indepenence Day holiday yesterday, I thought we’d revisit the classic Ford versus Chevy confrontation, in the form of two plain white sedans. These cars were once the default family-car option in America, before the Age of SUVs and the coming of the great Crossover. But outdated as they may be, these basic four door sedans still have a lot to offer, especially at the bottom end of the price range. Let’s check them out. 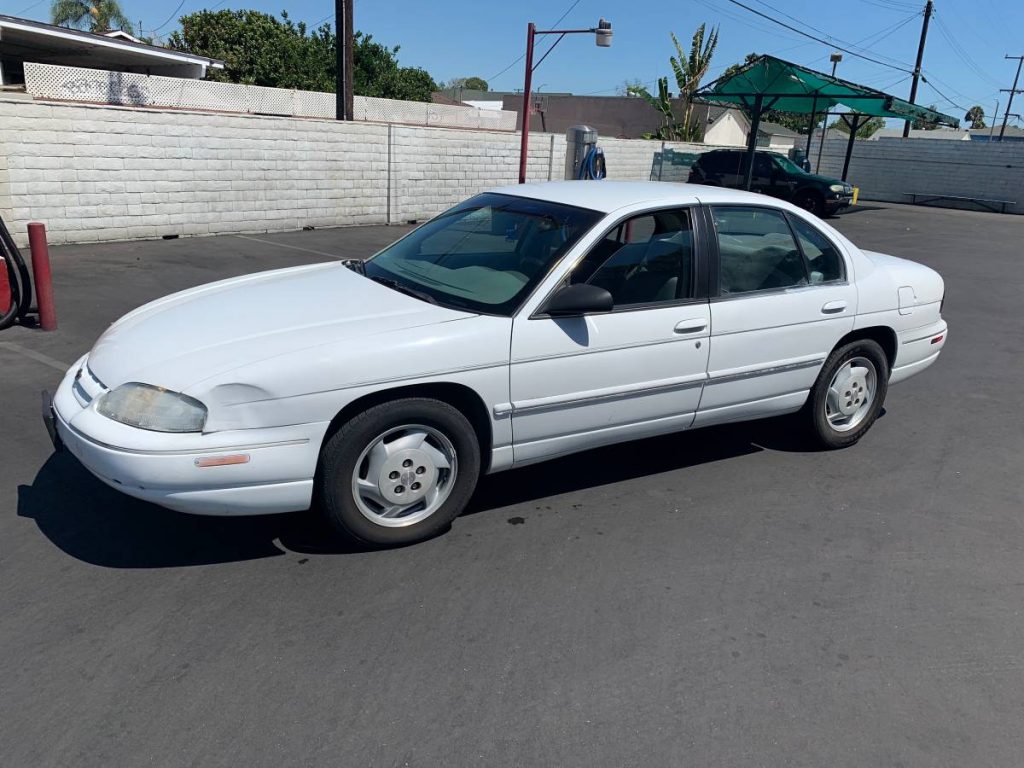 The Chevy Lumina was based on GM’s ubiquitous W-platform, which accounted for roughly 70% of all cars on the road in the 1990s, or at least it felt that way. This is the second-generation Lumina, introduced in 1995. This 2000 model would have been the last year of regular retail production, with 2001 Luminas being limited to fleet and rental customers. But really, every Lumina ever built feels like a rental car. 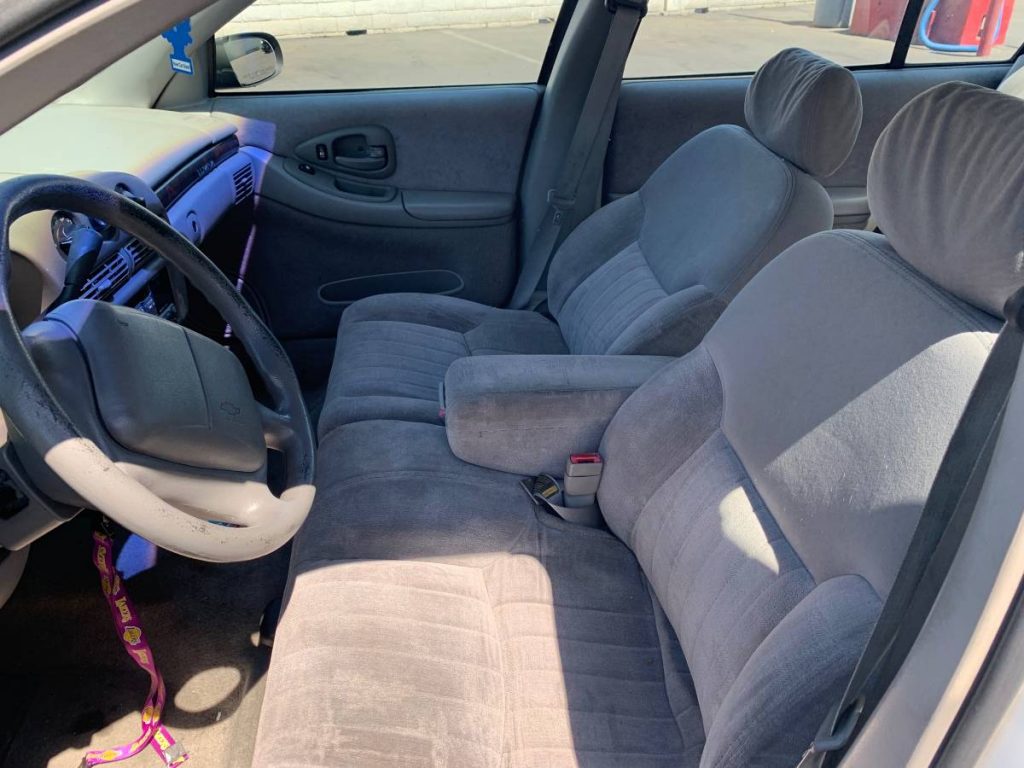 Exciting it may not be, but the Lumina is a nice comfy car.  For a couple of years, after the rear-wheel-drive Caprice was discontinued but before the front-wheel-drive Impala was launched, the Lumina was Chevy’s largest car. This one, with a split bench seat in the front, is technically a six-passenger vehicle, though I would say any six people who chose to ride in this car all at the same time had better know each other really well. Or they certainly will, by the time they get where they’re going. 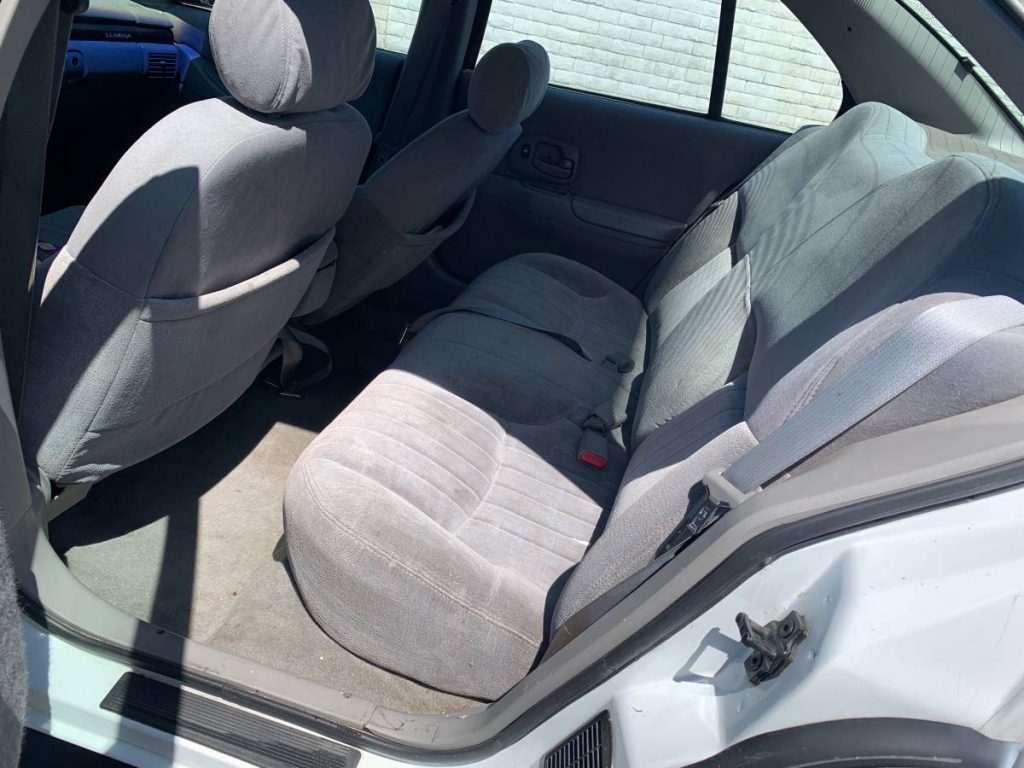 All the fun or sporty versions of the Lumina – the Euro, the Z34, the LTZ – had been discontinued by the time this car was built, and the two-door variant had been re-christened the Monte Carlo, leaving this basic 3.1-liter-V6-powered Grandma Special as the only option. 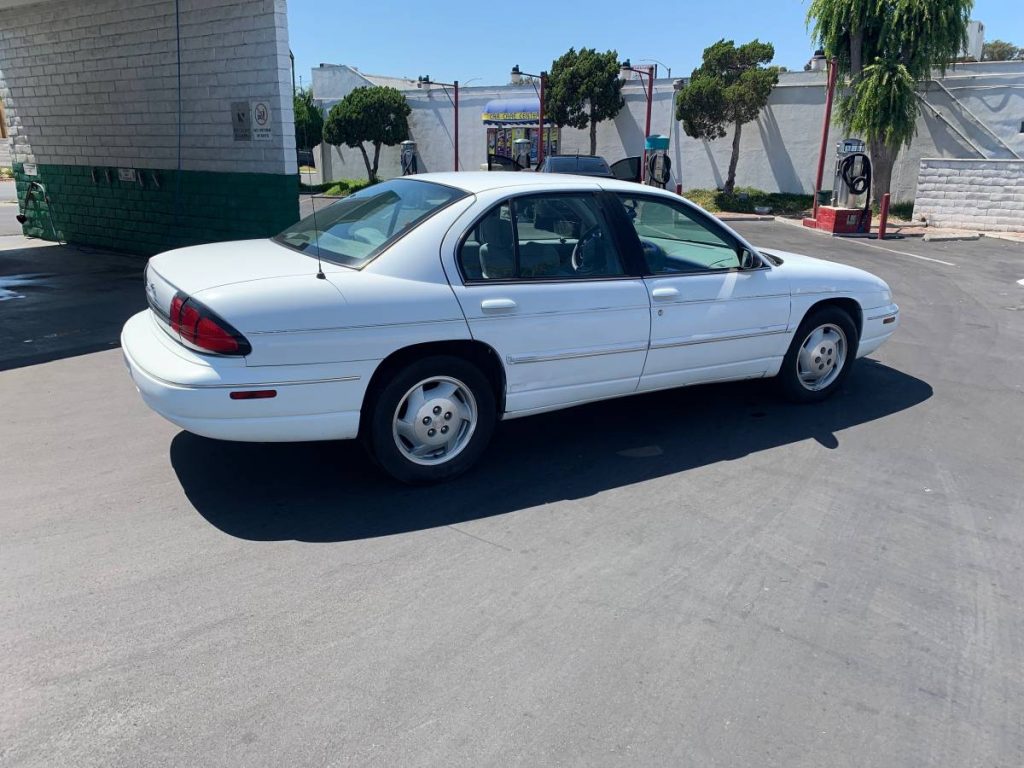 This Lumina looks like it’s in good shape. There are a couple of dings and dents, but it’s still presentable, and the interior looks quite nice, especially for a 20 year old GM vehicle. The seller says it runs and drives well, and is ready to go with no work needed. So that’s something. 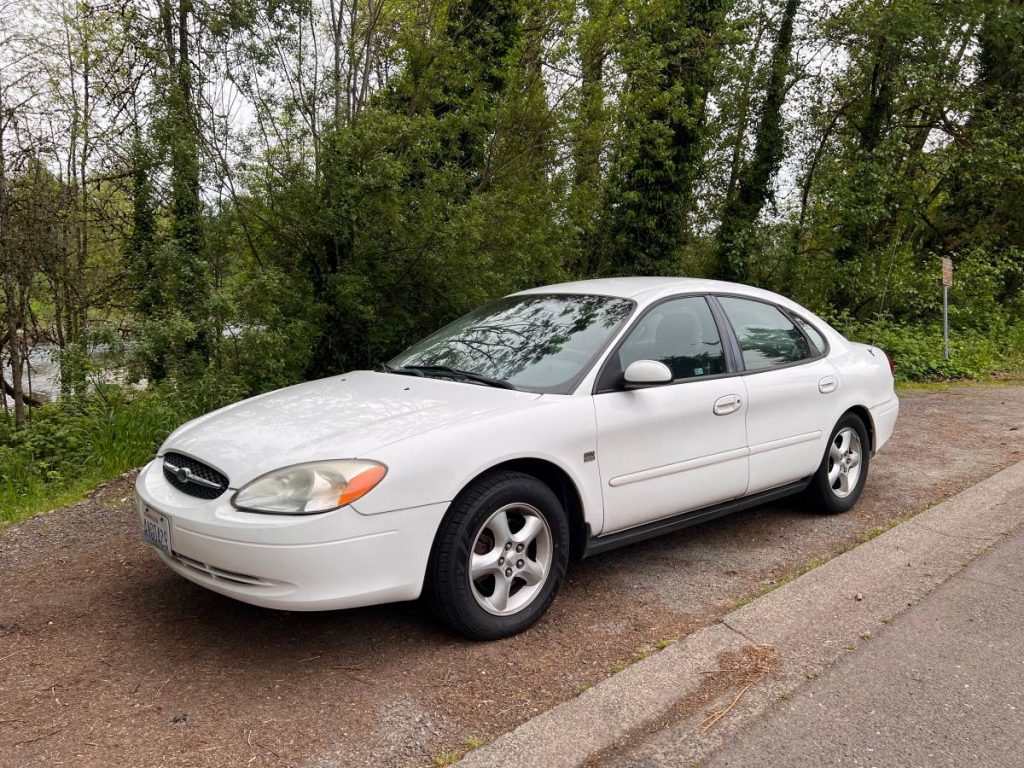 Oddly, seventy percent or so of all cars on the road seemed to be Ford Tauruses in the 1990s as well. Yes, I know that’s not mathematically possible, but there it is. Eighty percent of cars on the road were Dodge Caravans too. Not to mention the 62.3% that were Toyota Camrys. It’s just how it was. 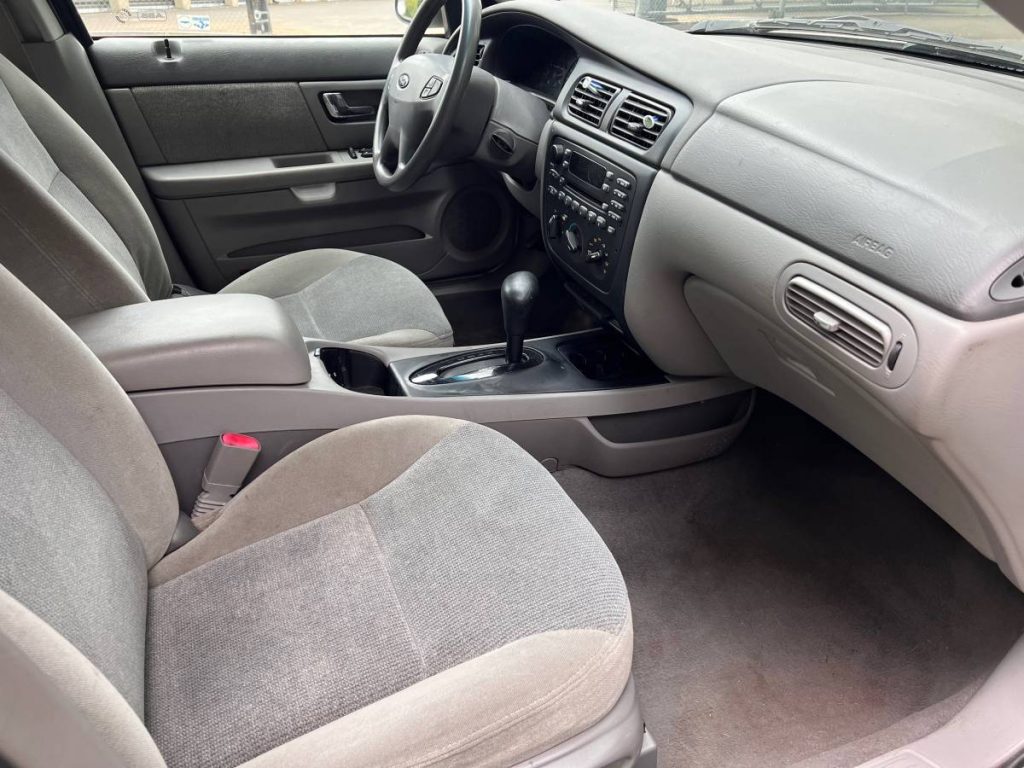 This 2001 Taurus is from Ford’s “Less Ugly” design period. Wait–that wasn’t it. Oh right: “New Edge.” This particular car eschews the standard-issue Vulcan V6 for a 24 valve Duratec V6, giving it a not-unrespectable-for-the-time 200 horsepower. This is coupled to a four-speed slushbox, but at least it has a floor-mounted shifter. 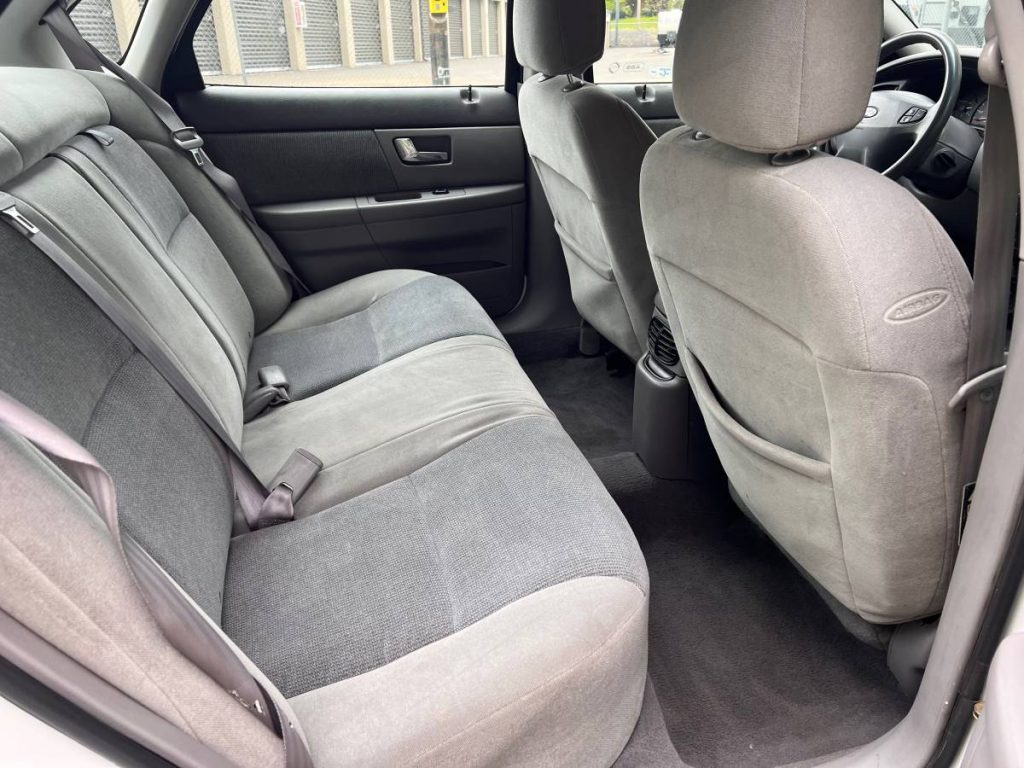 The Duratec engine has a good reputation, but the transmission in this particular car might not be up to the task. The seller says it slips a little going into 3rd gear. This might be nothing, or it might be on its last legs. It might conk out tomorrow, or it might go on slipping a little for another ten years. You never can tell with an automatic, but for only $1300 it could be worth a gamble. 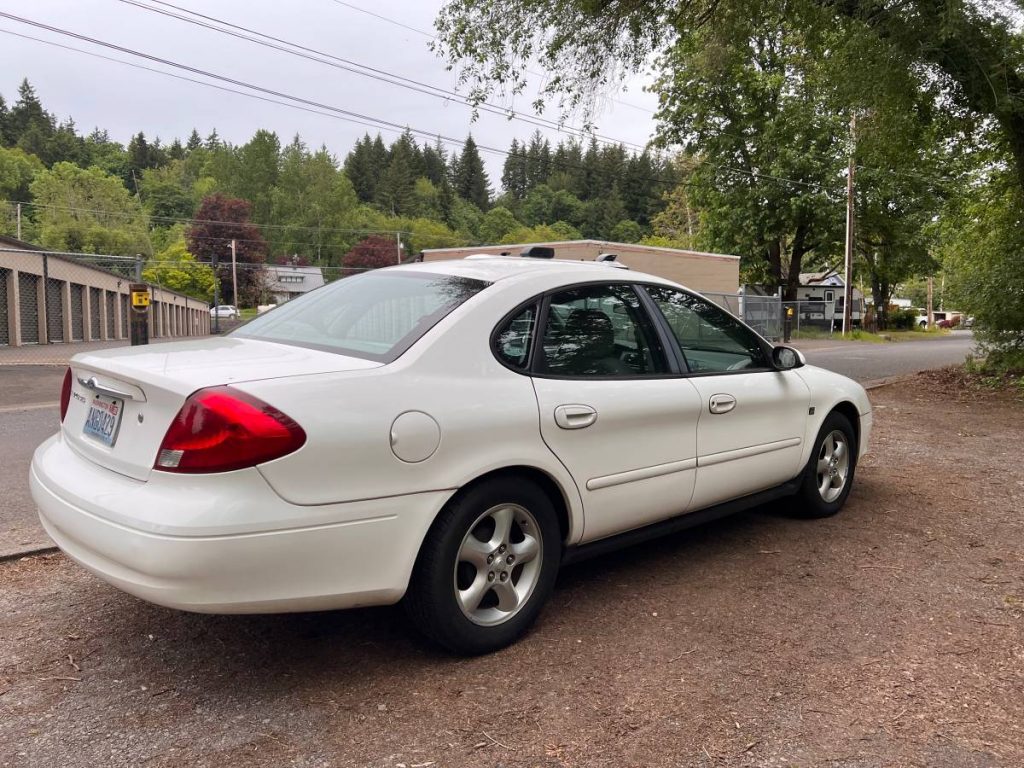 The rest of the car looks decent: the interior is clean, and I don’t see any issues outside. Again, despite packing more power than the Lumina, this is not an exciting car. But who cares? It’s less than two or three payments on anything else, and it drives. Baby it along so you don’t cause the transmission any extra stress, and forgo a car payment until the used car market straightens itself out.

Obviously, neither of these is anyone’s dream machine, and in refrigerator-white, they won’t win any beauty pageants. On the other hand, they’re cheap, they cost next to nothing to insure, and nobody is going to steal them. It’s just down to which brand of plain vanilla you prefer.

Pacific Northwest-based self-taught DIYer of all the things. Current fleet: 1971 MGB GT, 1989 Chevy K1500, 2013 Chrysler 300C, 2003 Infiniti QX4, and 1966 Aristocrat Land Commander trailer. Not to mention about 40 RC cars and around 100 model kits...
Read All My Posts »
PrevPreviousCold Start: The Turd In The Pool
NextIf You Want To Get A Rebate On A Toyota Hybrid Or EV, Too BadNext