The Honda CR-V Gets A Lot More Expensive For 2023 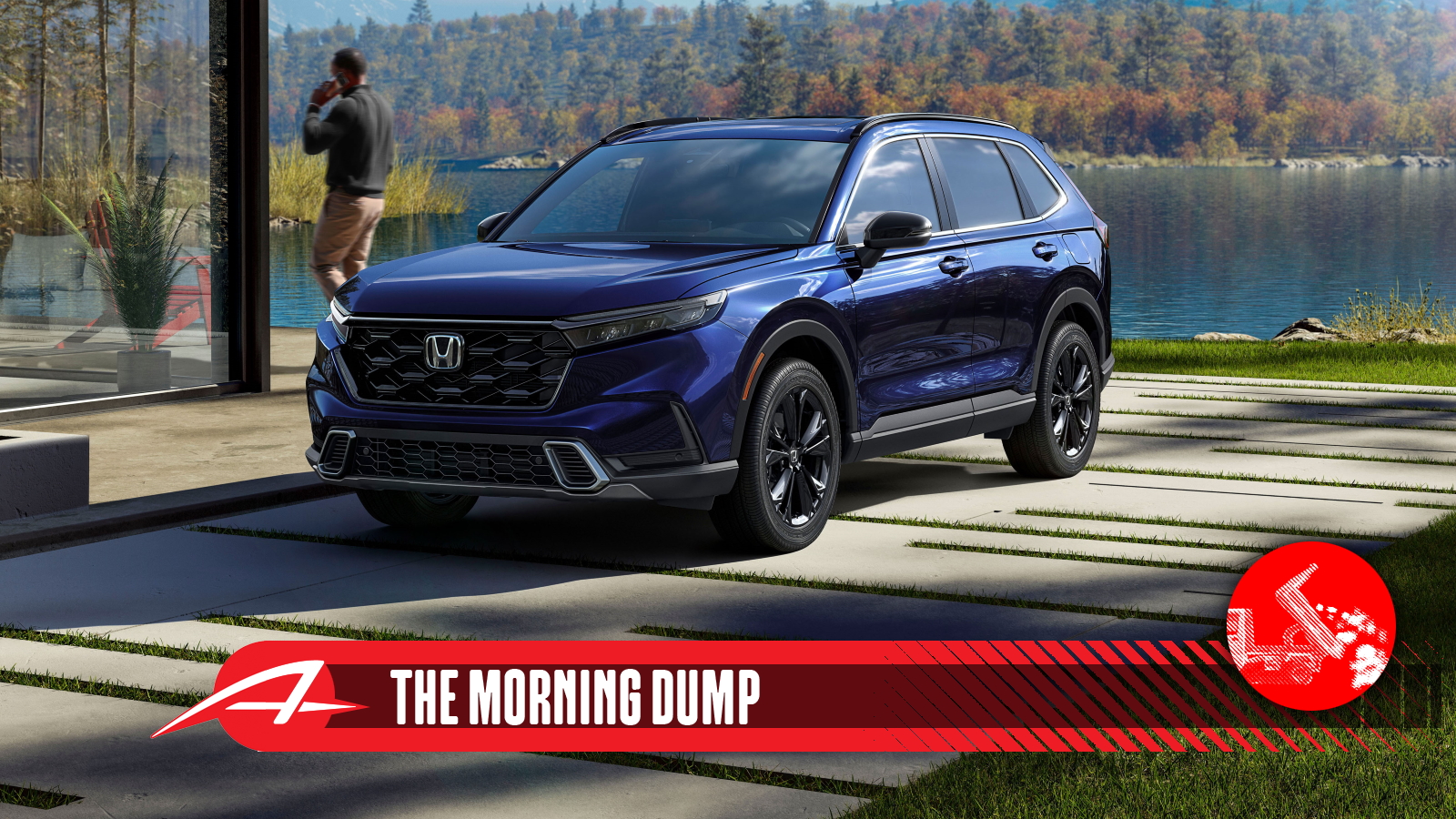 Honda kills entry-level CR-V trims, BMW will make cars out of trash, Ram kills the EcoDiesel. All this and more in today’s issue of The Morning Dump.

Compact crossovers are as popular as ever, and we finally know how much the latest version of a segment pioneer will cost. Honda announced pricing for the new CR-V and it seems that the Japanese company has pulled a bit of a disappearing act.

See, Honda is focusing on trims with higher margins, so the base LX and value-minded Special Edition trims have been cast aside, with the decidedly mid-range EX now positioned as the CR-V’s entry point. This takes the base price up to $32,355 including a $1,245 freight charge. That works out to $1,800 more than a 2022 CR-V EX-L, a rather significant price jump. Moving up the lineup, the EX-L trim now starts at $35,005 or $1,860 more than before. The Sport Touring trim replaces the Touring trim at the top of the CR-V pyramid with a price of $39,845, or $2,000 more than the Touring. Also new for 2023 is the Sport hybrid trim, which carries a fairly reasonable list price of $33,695.

While the old CR-V is one of America’s most popular compact crossovers, this new pricing scheme may affect sheer sales volume. There are still some entry-level versions of the outgoing CR-V running about, and axing those trims will likely send shoppers running into the arms of competitors. Still, if a CR-V with a little more luxury sounds exactly your cup of tea, the 2023 model will be rolling into showrooms later in September.

If you’ve been around BMWs long enough, you’re probably thinking that some of the company’s parts are already trash. While that’s definitely true when it comes to N62 valve stem seals and S65 rod bearings, BMW actually plans on making plastics using garbage from the ocean.

According to a press release, the German automakers has teamed up with Danish company PLASTIX to make new parts using maritime plastic waste. Fishing nets, ropes, that sort of stuff. Plastic pulled from the ocean gets turned into granules, which can then be used to make injection-molded parts, pretty novel stuff considering maritime waste was previously only used for fibers.

So where does BMW plan on using plastics made from old fish nets first? Well, the upcoming Neue Klasse EV platform is said to put a focus on sustainability, so expect to see these recycled plastics in an electric 3-Series-sized car come 2025.

If you’re looking to buy a new diesel half-ton pickup truck, your options are dwindling. Stellantis has announced that Ram will end 1500 EcoDiesel production in January 2023, so anyone looking to buy one should get their order in now.

While the Ram 1500 EcoDiesel was certainly innovative when it burst onto the scene for 2014, it grew mired in emissions scandal and will effectively be superseded by the upcoming electric Ram pickup truck. It’s a bit sad seeing the little diesel six make an exit from the Ram lineup as electric vehicles just don’t have the energy density of diesel, leading to low towing range. For half-ton buyers looking to both tow and save money at the pumps, diesel really does have a place.

What’s more, this is the second diesel half-ton to die in recent years. Ford discontinued the diesel F-150 in 2021 in favor of its hybrid Powerboost V6 powertrain. However, if you like diesel half-tons and aren’t a brand loyalist, there is some good news. General Motors still offers a diesel engine in its Chevrolet Silverado 1500 and GMC Sierra 1500 half-ton pickup trucks.

Here’s a bizarre story out of Germany. Reuters reports that the Stuttgart district court has tossed out a lawsuit that an NGO brought against Mercedes-Benz [Ed Note: A court in Stuttgart siding with Mercedes? I’m shocked! – MH] over climate change. Deutsche Umwelthilfe (DUH) sued Mercedes for exacerbating climate change, a bold decision for an NGO with such a poor choice of acronym.

The case had demanded that Mercedes-Benz adhere to a tighter carbon emissions budget and commit to ending production of combustion engine cars by November 2030.

The DUH said it plans to appeal the ruling in the higher regional court of Stuttgart.

“Even if this ruling did not turn out in our favour, we hope for a quick resolution in the higher court, for the climate crisis does not leave us much time,” said DUH lawyer Remo Klinger.

Associated NGOs LOL, GTFO, and ROFLCOPTER were unavailable for comment on the matter. In all seriousness, this lawsuit seems a bit absurd given incoming Euro 7 emissions regulations and a plan to phase out new combustion engines by 2035. While it’s certainly a stunt that got a lot of eyes on DUH, it doesn’t paint the NGO in a particularly flattering light.

Whelp, time to drop the lid on today’s edition of The Morning Dump. It’s media day at the Detroit Auto Show, which means I’m probably on the show floor by the time you read this. Growing up, auto show season was always an important one for me. My dad and I would head to Toronto for the latest and greatest, from the astonishing Magic Seat system in the first-generation Honda Fit to the eye-opening Bang & Olufsen audio system on the D3 Audi A8. I’d like to know what your favorite auto show memories are. Whether you got a signed poster from a pro driver or simply marveled at your favorite new car of the moment, interactive experiences shape our enthusiasm.

Thomas is a Nu Rave-blaring, heel-toe downshifting, maple syrup-swilling, chassis-geeking, junkyard parts-hauling, floppy-haired scenester who's been writing about cars since college. His current ride is a 2006 BMW 325i with the six-speed manual gearbox. Instagram: @thomas.hundal Twitter: @thomashundal
Read All My Posts »
PrevPreviousThe 2023 Chrysler 300C Is A Reborn SRT8
NextDie Cuts To Die For: Cold StartNext