The Last Car In The U.S. Without Standard Air Conditioning — The Jeep Wrangler — Finally Gives Up The Fight Against Refrigerant

It is the end of an era. The Jeep Wrangler JL — the final holdout against the tyranny of condensers, compressors, driers, evaporators, and R1234yf refrigerant — will come from the factory with standard air conditioning for the first time in the model’s 35 year history. The JL was the last vehicle in the U.S. not to come with AC standard; now that it does, you might think the price has jumped up. But actually, the base model with AC is cheaper.

I always admired the fact that you could get a Jeep Wrangler without air conditioning. It’s a convertible, after all, so just drop the top and let convection do its thing. Also, the Wrangler being an off-roader, there’s value in keeping complexity down so there’s less to damage on the trails — I myself have always wanted a Wrangler with manual locks, manual windows, and a manual transmission. I’d even have liked one without AC, but only if I could find one used, since buying a new car without AC is a terrible idea (as you’ll have a hard time selling it if you ever needed to). But the days of AC-less Wranglers are over.

The problem is that the Wrangler hasn’t really been “cheap” for a while now, and that became obvious when the Bronco — which comes with quite a few more standard options (including AC) — came out. So Jeep is now making some adjustments. 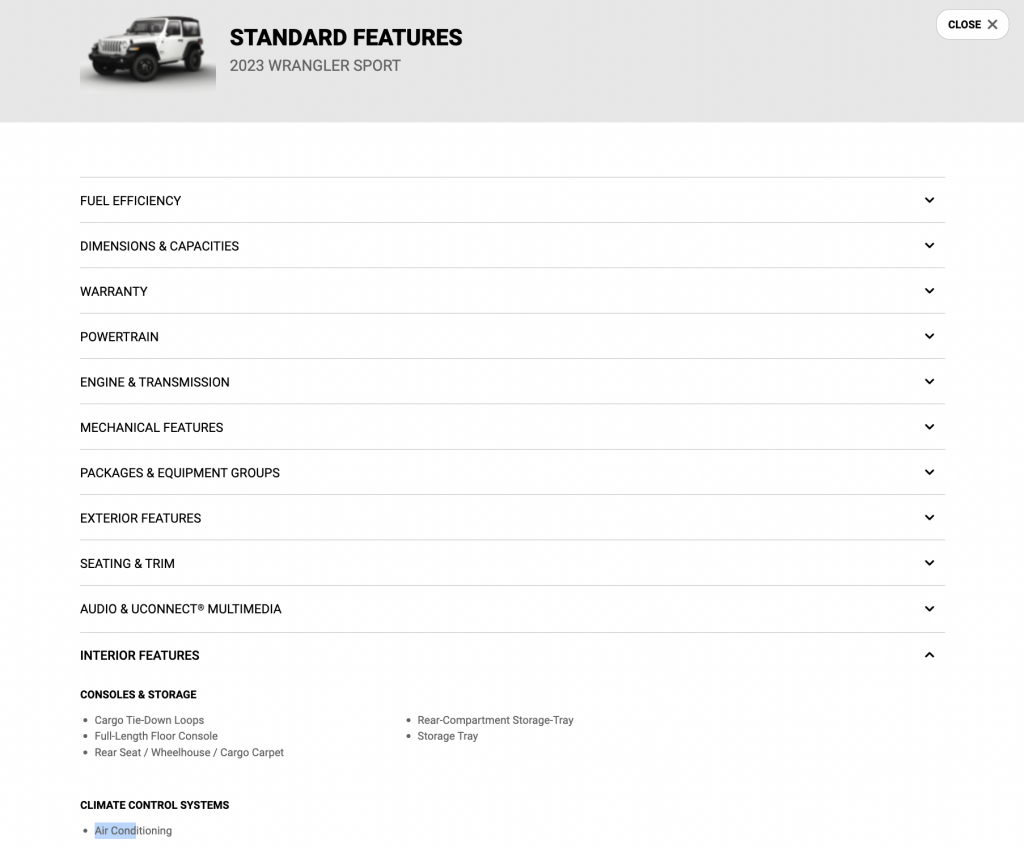 Check out the list of 2023 Wrangler standard features above. Included in it: Air conditioning. The 2022 model shows just a heater: 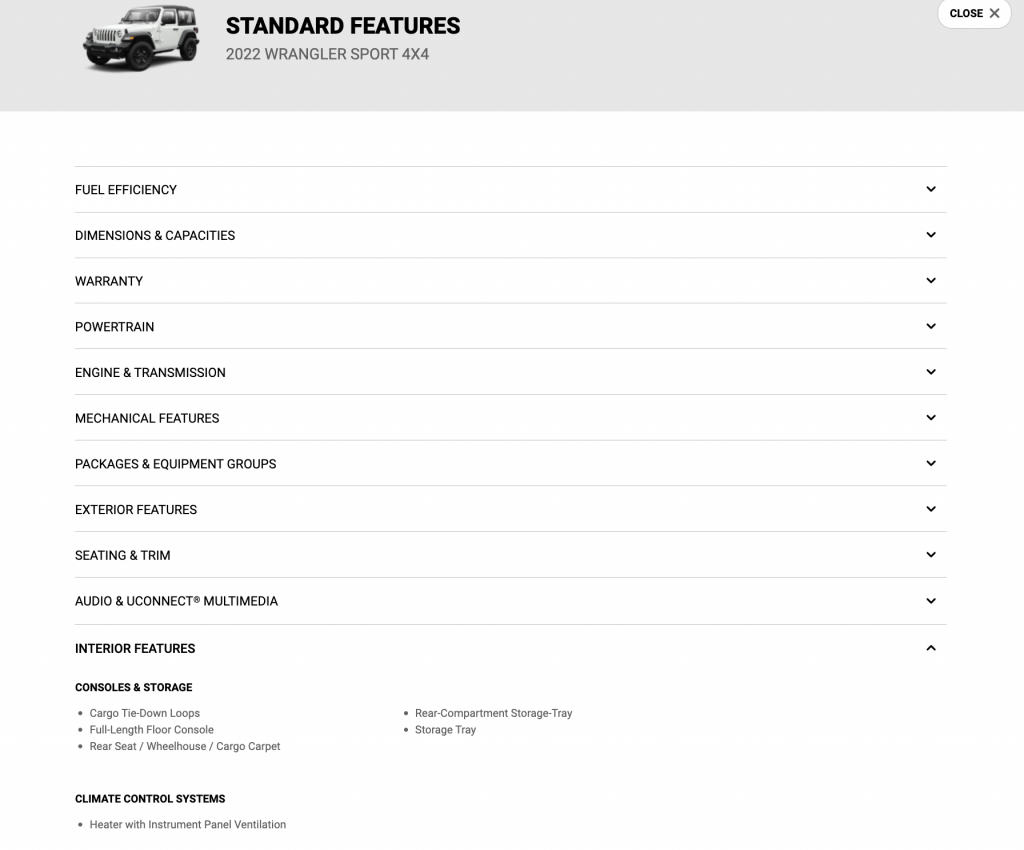 Actually, 2022 and older Wranglers came standard with “Air Conditioning Bypass.” That’s the name Jeep came up with for “not AC.” I find that hilarious: 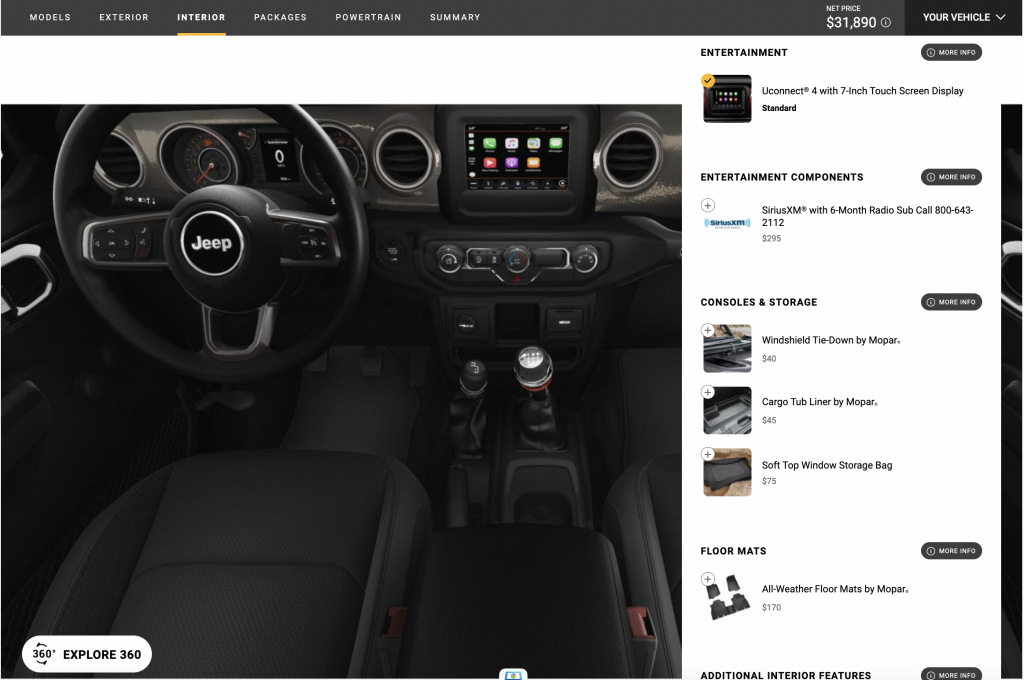 To be sure, the only reason the base Wrangler is now a better value is likely that Jeep wants to 1. Reduce manufacturing complexity and 2. Keep that base price (that’s the price that gets advertised) competitive with Bronco while offering similar standard content. This is the beauty of competition, folks! (It’s worth noting that higher trim level Wranglers have gotten pricier, but again, that’s because higher trim levels aren’t advertised as much as the base price is).

I myself would want that now-cheaper AC-equipped base model, so this is a nice change. Is it enough to sway me to pull the trigger on a vehicle I helped engineer? I don’t know; it seems like a bad idea financially. Owning old cars like I do means I drive my cars for, essentially, just the cost of operation (gas, mostly). I’ve lost no money due to depreciation, and even if I factor in the cost of repairs, I come out ahead. Buying a new car would mean losing $10,000 after seven or eight years of ownership on depreciation alone; I can’t seem to come to terms with that.

Maybe I should stop being such a cheap bastard and grow up a little. Or maybe I need to buy a Nash Metropolitan.