Good morning, Autopians! It’s Thursday , and this will be the final Shitbox Showdown for the week. Tomorrow, we’re trying something a little different with the three winners. Today, we’ve got a pair of faded sporty-ish luxury-ish sedans to look at, but first, let’s see which manual you wanted to save:

Narrow, but decisive: Saab remains undefeated. But if everybody loves them so much, why did they go out of business? That’s a question for another time, I think.

For your consideration today are two executive sedans: one established German, and one up-and-coming Japanese. Neither one is really a luxury car, but they’re both nice and comfy. And neither one could be considered a sports sedan, especially with automatics, but neither is a slouch when it comes to acceleration or handling. And both are well-built enough to still be worth considering at over 200,000 miles. And, both feature a lower-case “i” in their model name. 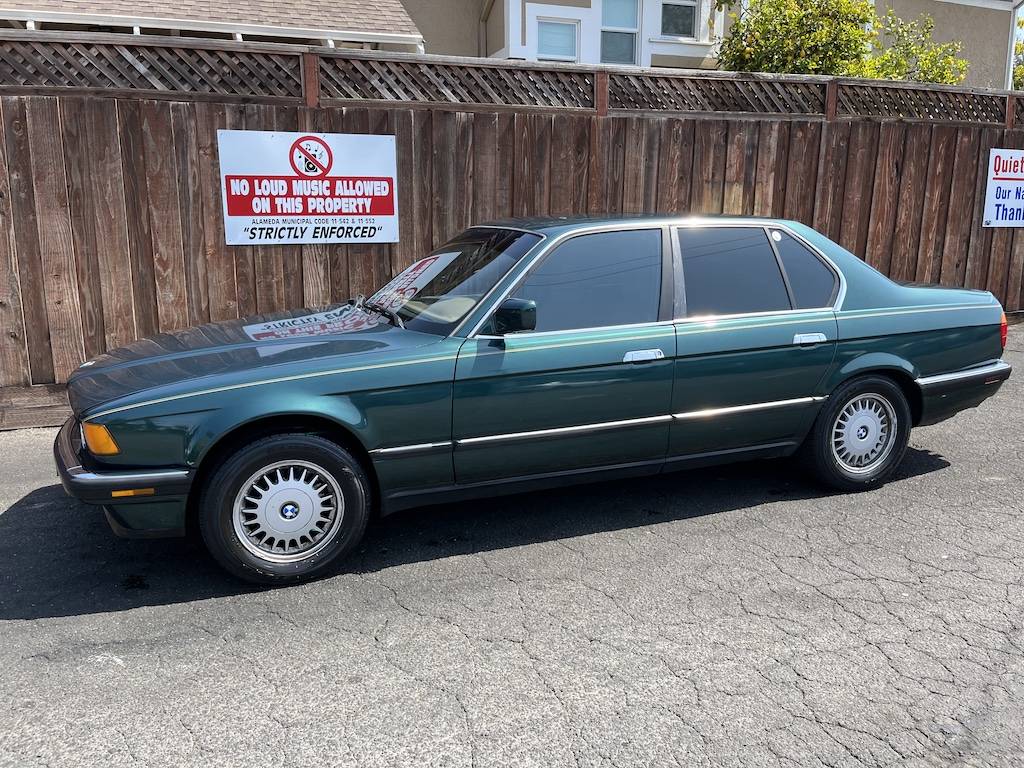 The seller of this E32-chassis 7 Series has it listed as a 735iL (L for long wheelbase), and the badging bears this out, but the rear doors of the L always looked awkwardly long to me. Looking at a comparison photo, I think this is a standard 735i, and the seller doesn’t know what the L they’re talking about. If I had to guess, the trunk lid has been replaced with one from a 735iL; note how the pinstripe stops at the lid. 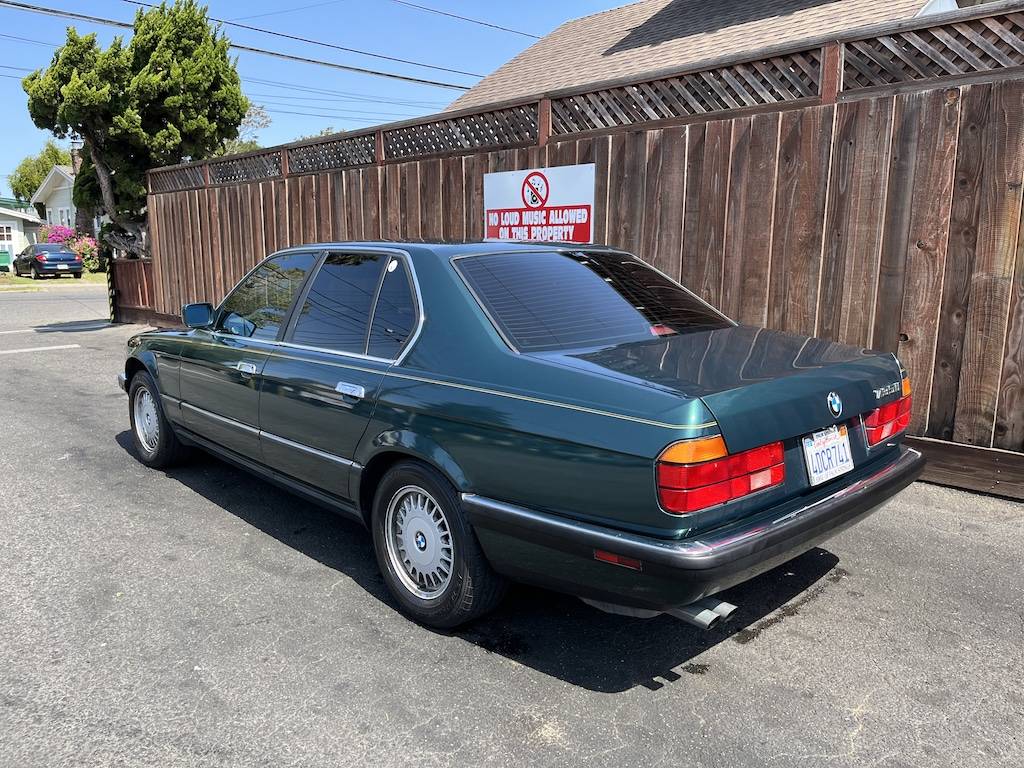 What we do know is that this car is powered by a good old M30 inline six, as a BMW should be. No overly-complex V12, no V8s that eat their own cylinder liners, just BMW doing what they do best. It’s backed by a four-speed ZF automatic transmission, but that’s no great surprise, especially in the US. I think I’ve seen exactly one manual E32 here ever. 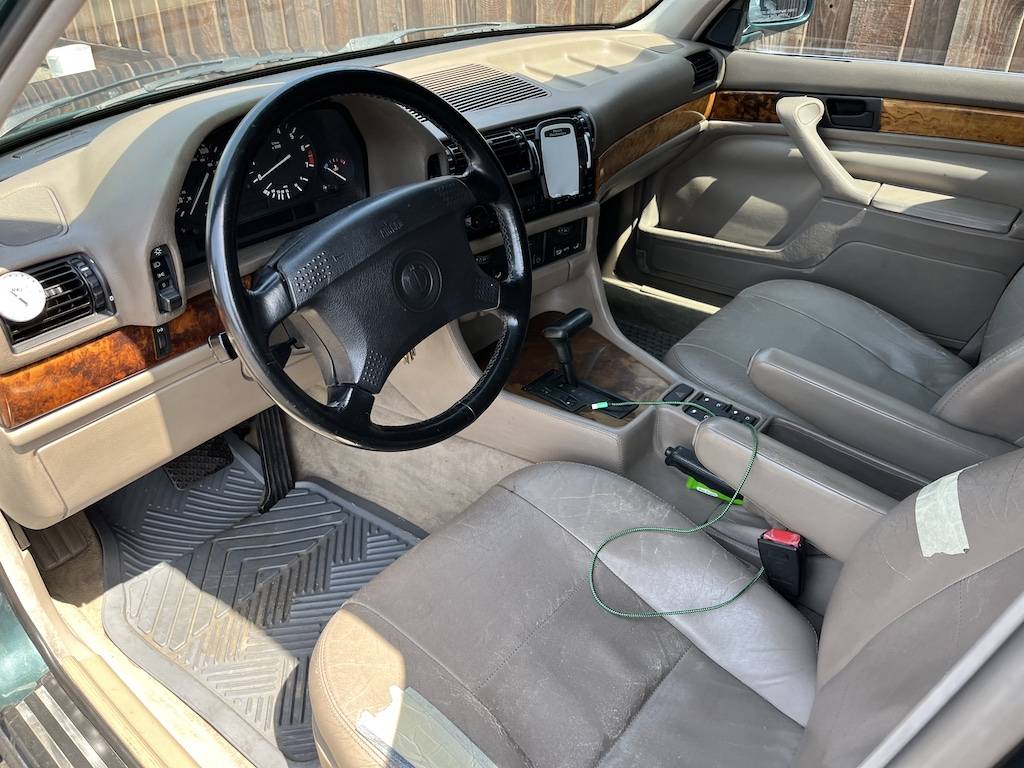 For being well north of 200,000 miles, this old BMW looks to be holding up remarkably well. There are a few tears and popped seams in the seats (regrettably patched with what looks like masking tape; maybe they thought it was the right color), but the emerald-green paint looks quite nice. And since it’s a simple car, at least compared to BMWs ten years newer, there’s a good chance most stuff works, or can be fixed. 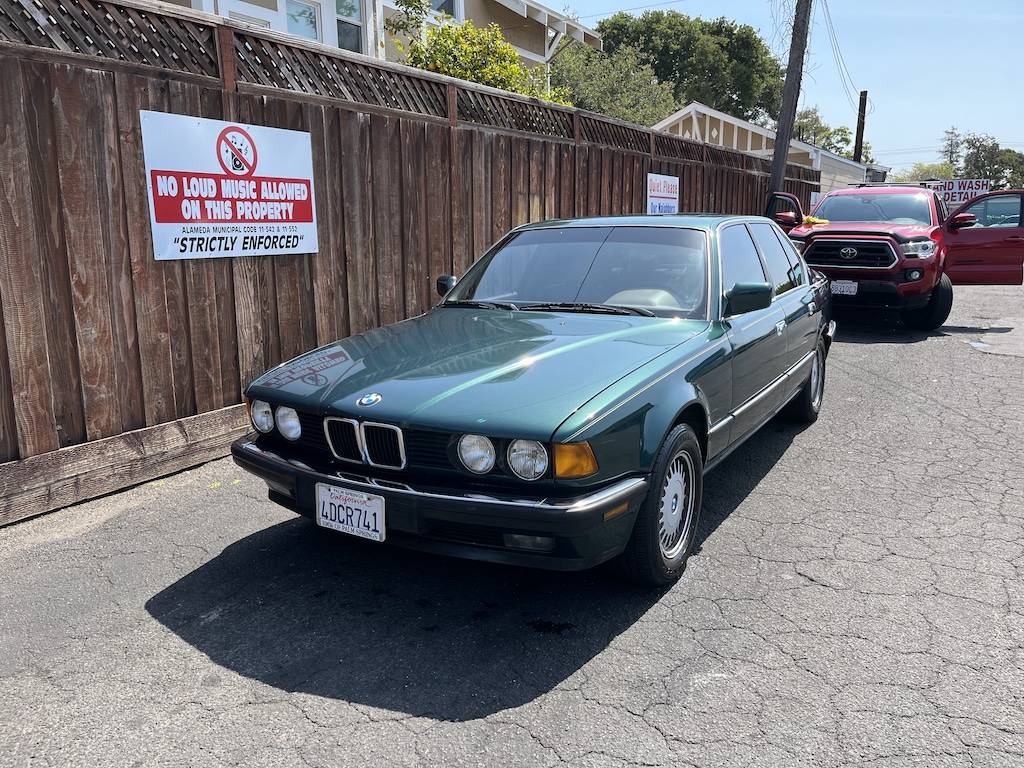 A laundry list of new parts is encouraging as well. This car actually looks like a hell of a deal, the more I look at it. It’s not terribly economical, but it could be a lot worse, and you could probably break 300,000 miles if you take care of it. 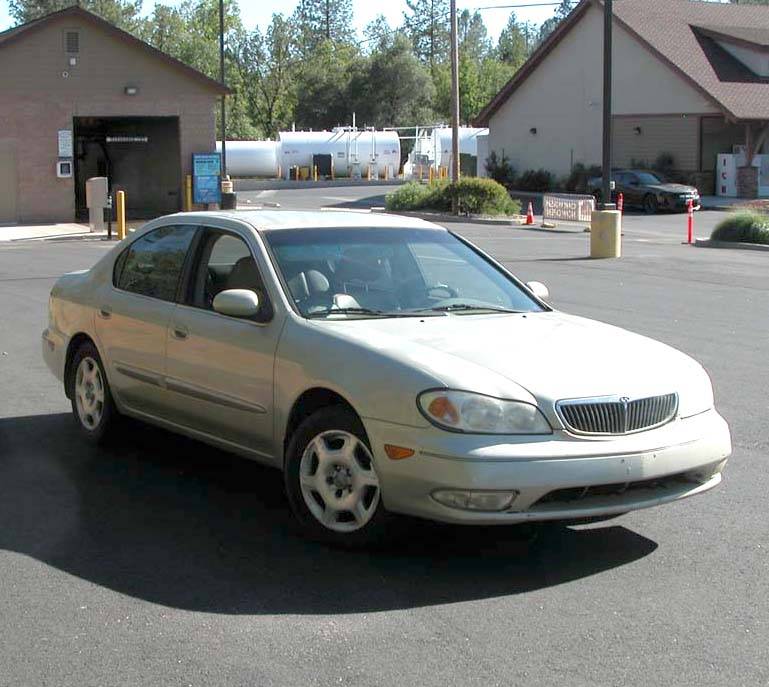 Infiniti has gotten a lot of mileage out of a simple formula: take a Nissan, wrap it in a fancy designer dress, and sell it for more money. No complaints here; my wife’s car is an Infiniti QX4, which is a Nissan Pathfinder with delusions of grandeur, but it is a really nice car. It’s amazing what some leather seats and a little extra soundproofing can do. 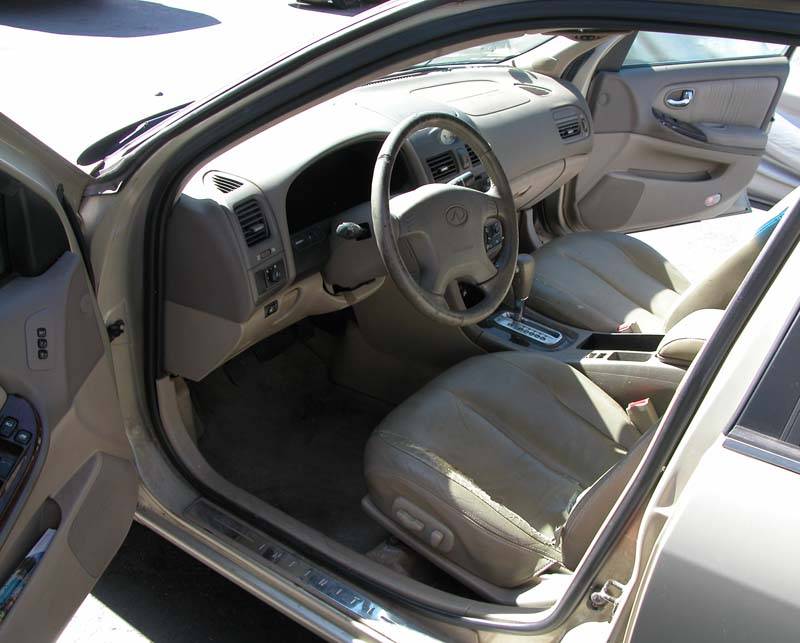 This car, like several Infiniti models, is based on a Nissan model that was not otherwise sold in America, in this case a Nissan Cefiro. It’s very similar to the Nissan Maxima, maybe too similar; I don’t think many buyers felt the Infiniti badge was worth the premium. And you could get a Maxima with a manual, which made it the enthusiast’s choice. 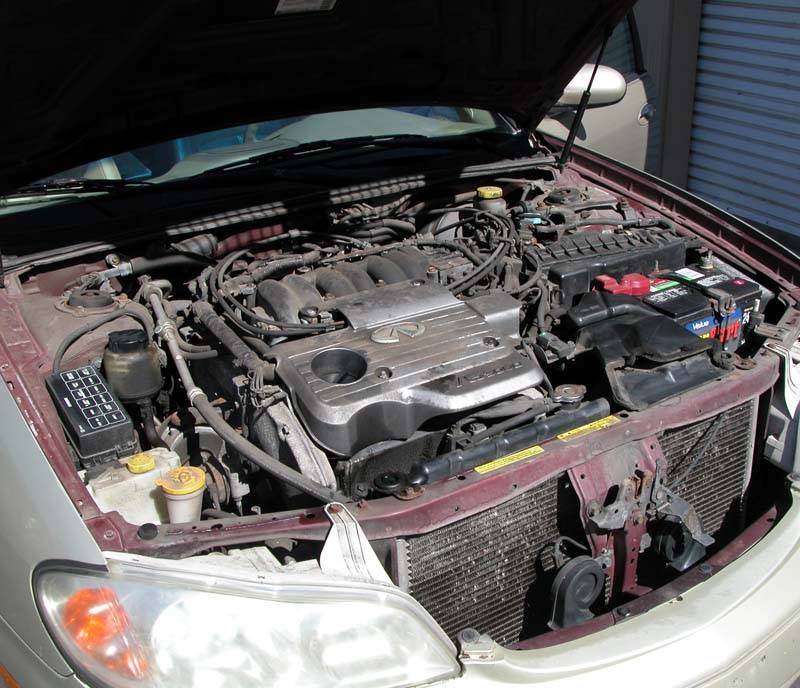 The i30 is powered by a three-liter version of Nissan’s VQ six-cylinder engine, which saw duty in everything from Altimas to Z cars over the years. It’s a good sturdy engine, if a little rough around the edges, and here puts out a respectable 227 horsepower. But sadly, an automatic was the only available transmission. 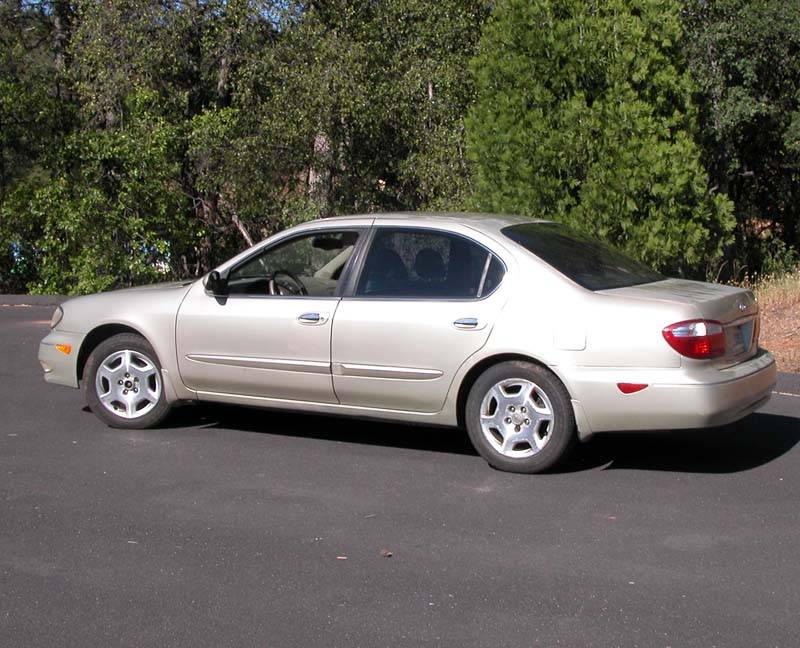 Condition-wise, this car looks pretty good at first glance. But comparing the underhood photo to the interior photo shows something concerning: I’d like to know why the firewall and inner fenders are maroon, while the rest of the car, including the door sills, is silver. Something is hinky here. The ad says the car has a clean title, but I’d like to know what color the inside of the trunk is.

Neither of these cars is quite on the up-and-up, but both run and drive well, and for around $2000, that’s not nothing, these days. Which one is a better deal? You tell me.