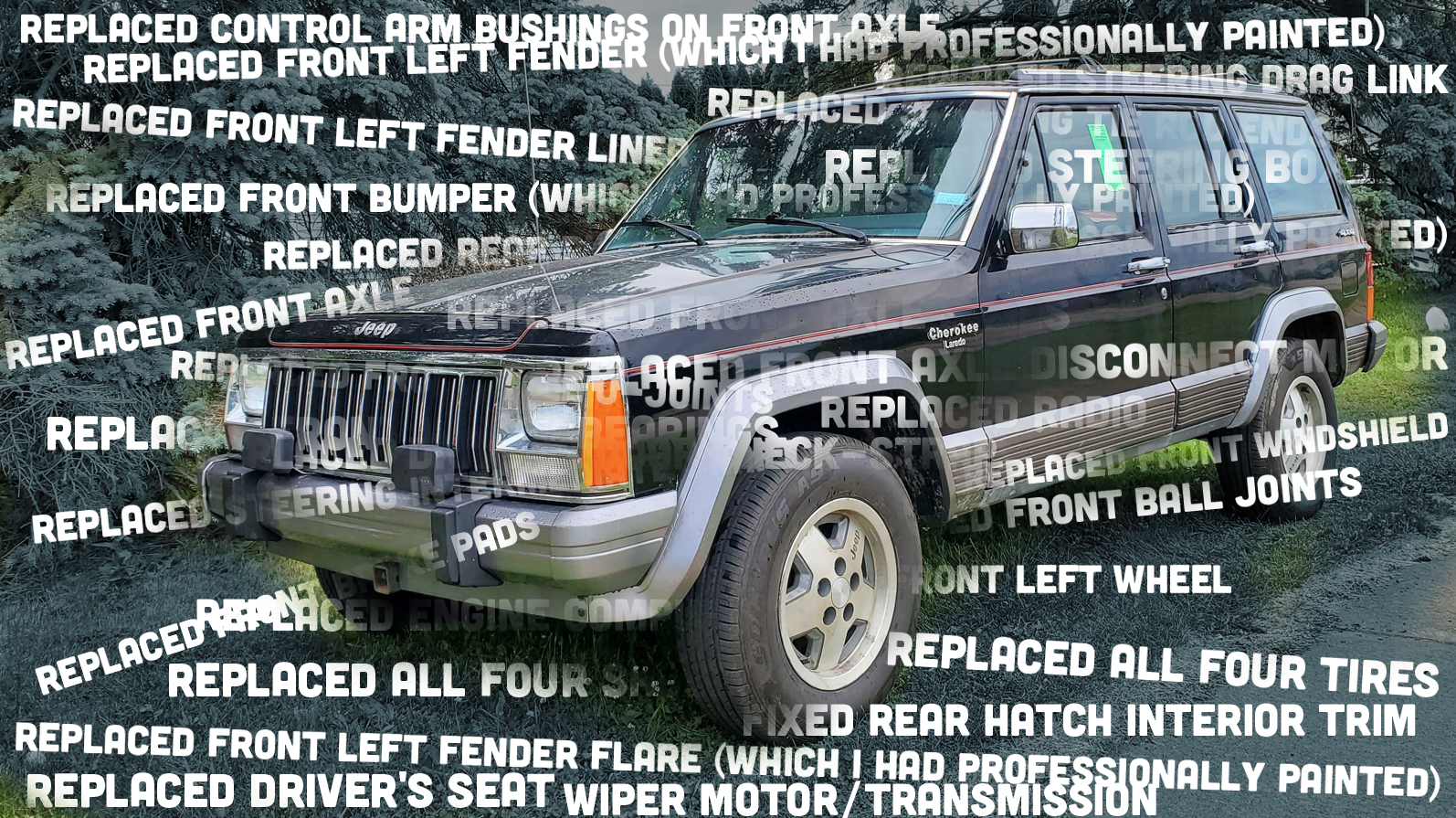 I should have been in Chicago on Sunday, but instead I sit utterly defeated here at my house in Troy, Michigan. I’m covered in oil and coolant; lack of sleep has sprouted saggy bags under my eyes, which now stare blankly into this screen as my fingers bang out the words you’re reading with little input from my now barely-functioning brain. I have been defeated. All day Saturday and Sunday — the entirety of my weekend — involved me, a former Jeep cooling system engineer, being absolutely decimated by an overheating Jeep Cherokee XJ. I’m thoroughly annoyed, I’m thoroughly tired, and the buyer of this Jeep Cherokee may be thoroughly screwed.

I cannot even think back to the last weekend where I wasn’t fixing something. Truly, I think at least 90 percent of my non-travel weekends between age 24 and 31 (well, in two months) have involved wrenching on a shitbox. That’s seven years of my youth occupied by the ol’ wrench.

You’d think that the result of a youth spent with machines and not people my age would be an ability to fix damn near anything. And every now and then, like when I — even encumbered by a case of trenchfoot — revived a 1958 Willys FC that had sat for decades, I do begin to wonder if I’m hot shit with a toolset. But more often than not, any budding cockiness is swiftly crushed by the wrenching gods before it ever sprouts; that’s what happened this weekend. 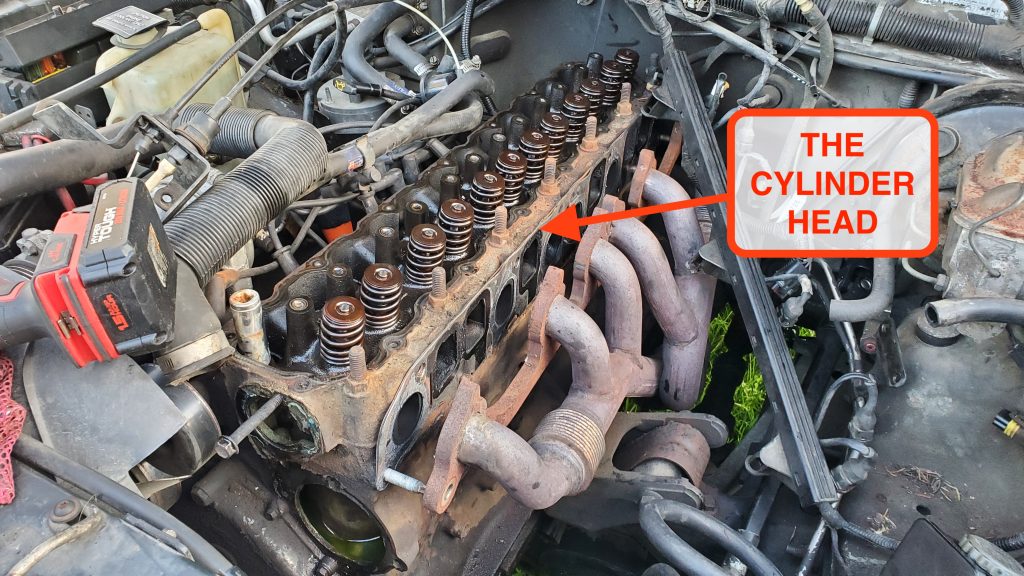 It was a simple cylinder head job; I’d conducted the job four times prior, so I wasn’t anticipating any trouble from the beautiful 1991 Jeep Cherokee five-speed that I’d sold to the family that had ordered the Jeep from the factory way back in 1990. Sadly, 20 minutes after the buyer left with the title (no money has exchanged hands, she was going to wire it to me) to head back to Chicago, she told me the Jeep had overheated.

It was a tough call to get, because the amount of work I’d done to this XJ since going through hell to buy it back in 2018 — just to get it into selling shape — is shocking; The fact that the Jeep still isn’t finished made my heart sink. I was inching towards freedom; soon I’d no longer be weighed down physically and emotionally by American iron, but the AMC gods thought differently, and shoved the 9/16 swivel-head ratchet wrench right back into my hand.

You’ll understand why I was so bummed when you look at this list of repairs I made prior to the sale in April:

Holy crap that’s a lot of work, and for what? So I could store the vehicle (which I considered the most perfect Jeep ever made when I bought it, with plans to keep it forever) for four years and only drive it a total of maybe 50 miles.

This XJ Cherokee ownership experience has been a failure in every way. I haven’t driven the Jeep, I’ve spent years fixing it, and once I finally had all of those repairs done and I thought I could finally part ways with this mechanical menace that had haunted me for far too long, the XJ decided to come right back and kick me one last time. And this time I’d be on the receiving end of the most painful blow yet.

After the Jeep overheated 20 minutes into the buyer’s (that’s Tracy) drive, she drove back in the car she’d piloted to Michigan, and I’d agreed to mend the engine. I heard a fairly loud knocking sound coming from the bottom of the motor, but once I learned that this was just the water pump banging around a bad bearing, I felt at ease. I could replace a water pump. Unfortunately, the Jeep wasn’t running properly; a compression check confirmed that the cylinder head had failed, and a machine shop later confirmed that it had cracked.

That brought me to this past weekend. 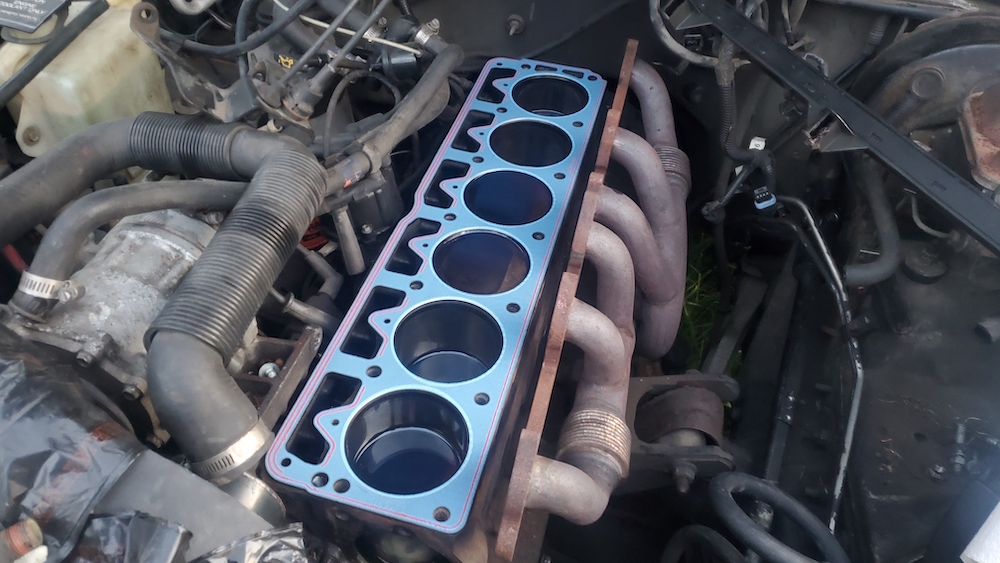 Then I maneuvered the absurdly heavy cylinder head onto the engine. I’ll admit that I didn’t get it aligned perfectly, and had to slide both the head on top of the gasket as well as the gasket on top of the deck. But the surfaces were smooth, and everything slid easily until I could get all my head bolts tightened up.

There’s a specific sequence one has to follow when tightening cylinder head bolts. It’s all about making sure that the head squishes down evenly on that gasket. I followed protocol, and then fastened up a new water pump and thermostat, hooked up the intake and exhaust manifolds, bolted up the power steering pump, slid the belt back on, connected the ignition system, filled the cooling system, and did a whole bunch more to get the Jeep finally ready to fire up.

After an initial ground strap issue, the Jeep followed the request from that ignition switch in the gray Saginaw Steering column and sprung to life. The motor sounded good. So that’s it, right? I’ve fixed the failed cylinder head, now the Jeep is ready to go to a new owner.

As I said before, this Jeep is a menace. You see that list of nearly 30 parts I’ve already had to replace? This XJ is going to make sure the count hits 50. It is on a mission to take the remaining scraps of my youth and turn it into busted knuckles and oily bedsheets.

Despite my new water pump, thermostat, and radiator cap, the Jeep keeps overheating, especially at a long standing idle. Steady-state conditions where I keep speeds below 50 mph, it’ll run cool seemingly indefinitely, but crank the speeds up to 75 or come to an idle, and the need whips clockwise towards the dreaded red. 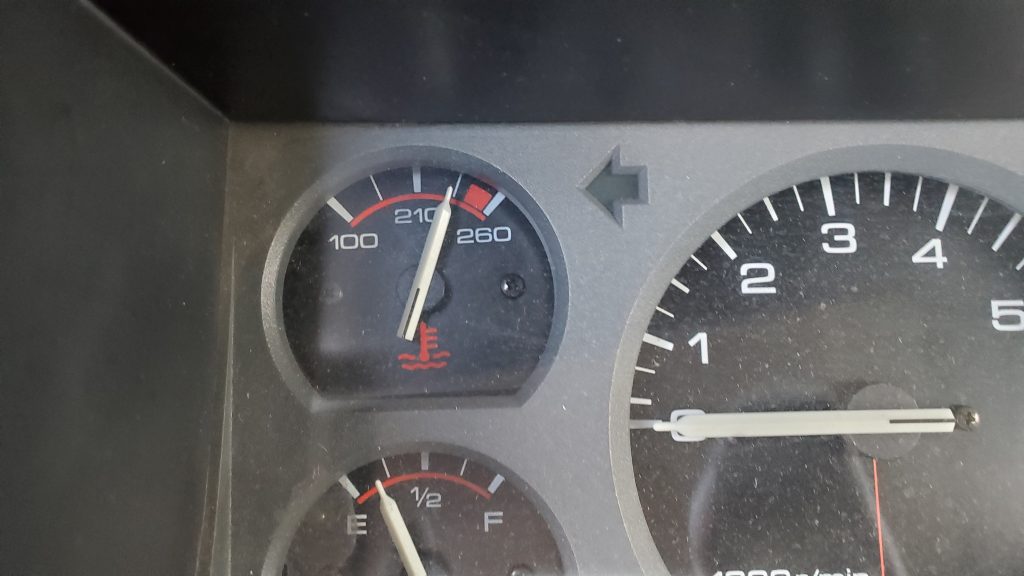 After buying a special funnel to ensure that the system was completely deaerated, I broke out a bunch of tools to determine what’s going on. The first was a radiator pressure tester. I screwed it onto my radiator, pumped the cooling system up to my radiator cap’s 13 PSI rating, and waited. 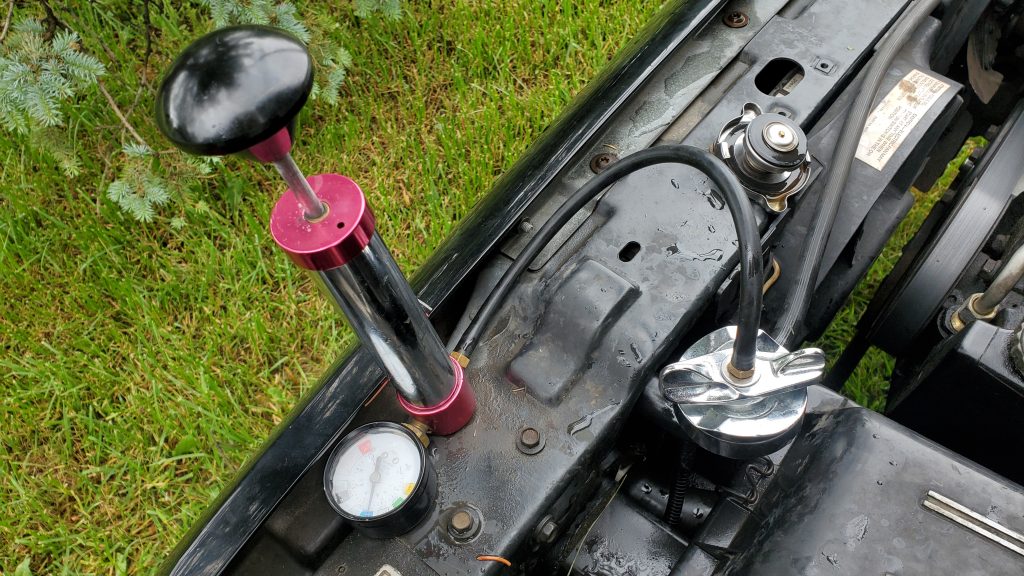 The needle fell, indicating that I have a leak somewhere. Sadly, that leak does not appear to be external, as even a close inspection of the radiator, water pump housing, and thermostat housing shows no dripping ethylene-glycol mixture.

The second tool I used was a “block tester” (shown on the left), which basically involves pouring a blue detection fluid into a cylinder, shoving that cylinder into the radiator, and sucking air from the cooling system through the blue fluid. If there are combustion gases in the coolant, they will turn the blue detection fluid yellow, meaning there’s a head or head gasket issue. My test fluid remained blue.

I also broke out my compression gauge, finding all cylinders to read between 100 psi and 120 psi — these are below the 120 to 150 spec, but maybe the gauge isn’t reading right. What’s more important with compression tests is consistency across all cylinders, and my engine has that, and does not burn any oil.

That brings me to the real problem: The motor does gain oil.

Yes, my oil reading on my dipstick is increasing. Between that and my lack of cooling system pressure, I suspect an internal problem. Do I have a cracked block? Did I somehow screw up my head installation? Maybe my bolts bottomed out or my gasket scuffed during installation? I don’t know the answer to these questions.

I may send an oil sample out to Blackstone Labs to have them confirm that it is indeed coolant in my oil and that I am indeed utterly screwed. Until them, I’m going to make a few other adjustments, maybe add some fuel injector cleaner to my fuel (lest I have an injector that’s leaking gas into my oil), tighten some hose clamps, and possibly thread a mechanical temperature gauge into my cylinder head for a more reliable reading.

This Jeep has been a nightmare since I bought it off that used-car lot in Indianapolis in 2018. I was lured by its beauty, its manual transmission, its awesome vent windows — but as they say, it’s what’s inside that counts, and this Jeep is rotten to the radiator core. Just yesterday while trying to suss out this cooling issue, I learned of a failed upper control arm weld, so I’ll be replacing that, too.

Have mercy Jeep gods. Let this just be a bad injector and a loose hose clamp. I don’t want to lift that heavy cylinder head off that engine. I really, really don’t. More importantly, I want to deliver Tracy a reliable Jeep; she’s in a pickle right now, as she was expecting this machine to work, and has no other car to get around. So the pressure is on.

Rust-loving Jeep man, cofounder and EIC of The Autopian, Jason's friend. Email: david@autopian.com
Read All My Posts »
PrevPreviousThe BMW M Hybrid V8 Is Set To Unleash The Visual Wrath Of Giant Bavarian Grilles Onto Top-Level Motorsport
NextHow Getting Accused Of A Felony Motivated Me To Fix A Broken CarNext