A few weeks ago I found myself watching a sunset from the interior of a 1994 Dodge Grand Caravan. As the van raced towards central Tennessee my tranquility was broken by a phone call. I wondered who would be calling me so late in the day; it turned out to be a police officer. Uh oh.

The officer on the other line asked me if I’m a person named Mercedes Streeter. After confirming that I am, the officer asks me if I own the two yellow Smart Fortwos parked in my apartment’s parking lot. After a brief pause to wonder how they got yellow from two very blue cars I answer that both cars are blue and yes, they are mine. But the police already know that, as they pulled my plates and found that both vehicles are registered to me.

Confused as to why this even needed to be a call, I ask what was going on. The officer on the other end of the line says that a neighbor anonymously called in to say that my Smarts had been abandoned for several months. They didn’t elaborate further, but my fiancée and I got spooked enough to cancel our road trip and head home.

[Editor’s Note: Why are people so weird about long-sitting cars? -DT] 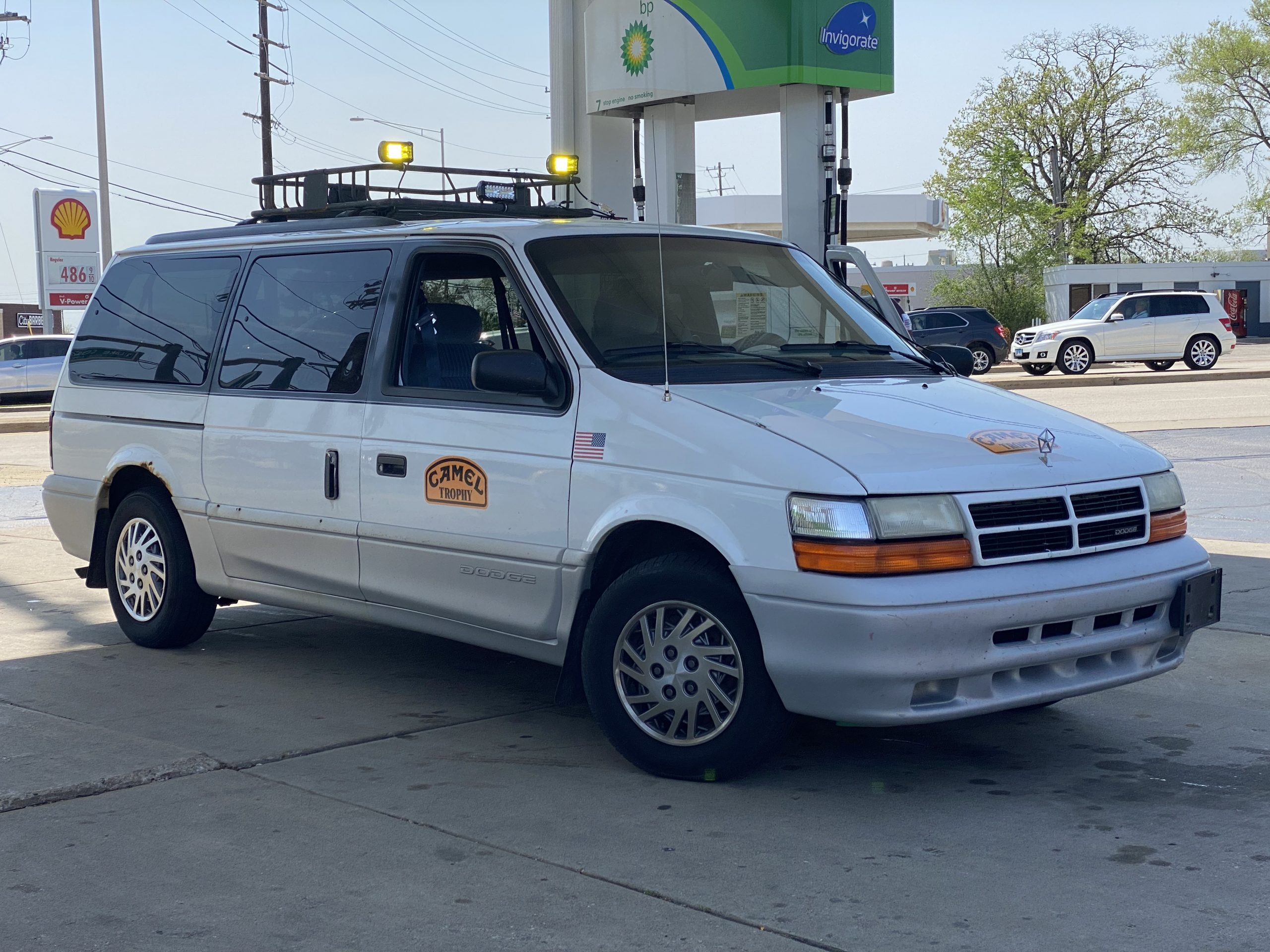 Why would such a call spook us? Back in late 2020, a neighbor took offense to a rusty van that I’d parked at home, and they decided to make up reasons to have them removed. The company in charge of managing the apartment complex properly obliged, with an employee writing up absurd (yet still not breaking the bylaws) reasons for the tows. I later sued and won, but not before that very van got stolen alog with all of my tools; someone also later tried and failed to steal my Audi TT, and there were all kinds of threats and vandalism.

The neighbor, as I’ve sadly experienced, has openly voiced their displeasure with the color of my skin and the relationship that I’m in. That would be bad enough, but they’ve also reported me to police for crimes that I didn’t commit. Understandably, we thought that 2020 was back. Thankfully, I got home to my Smarts being intact and untouched. But, I felt that keeping them around is a bad idea. Either the neighbor shenanigans are back, or someone is snooping around.

The confusion was only amplified when another officer contradicted the one who’d called me, saying that the cops were actually called to investigate stolen vehicles. Apparently, that anonymous caller had accused me of stealing my own Smarts. Sure, OK. Either way, things just didn’t feel right. Moving the first Smart was easy. It’s my 2008 Smart Fortwo, a car that runs and drives great. In fact, I’d driven it just a couple of days before. Getting it to safety took no time at all. But the second was a little harder.

My 2012 Fortwo was in a weird spot. It hadn’t driven in over two years because of a cascading set of failures. First, it got sidelined by a seized alternator that was caked with mud from off-roading. 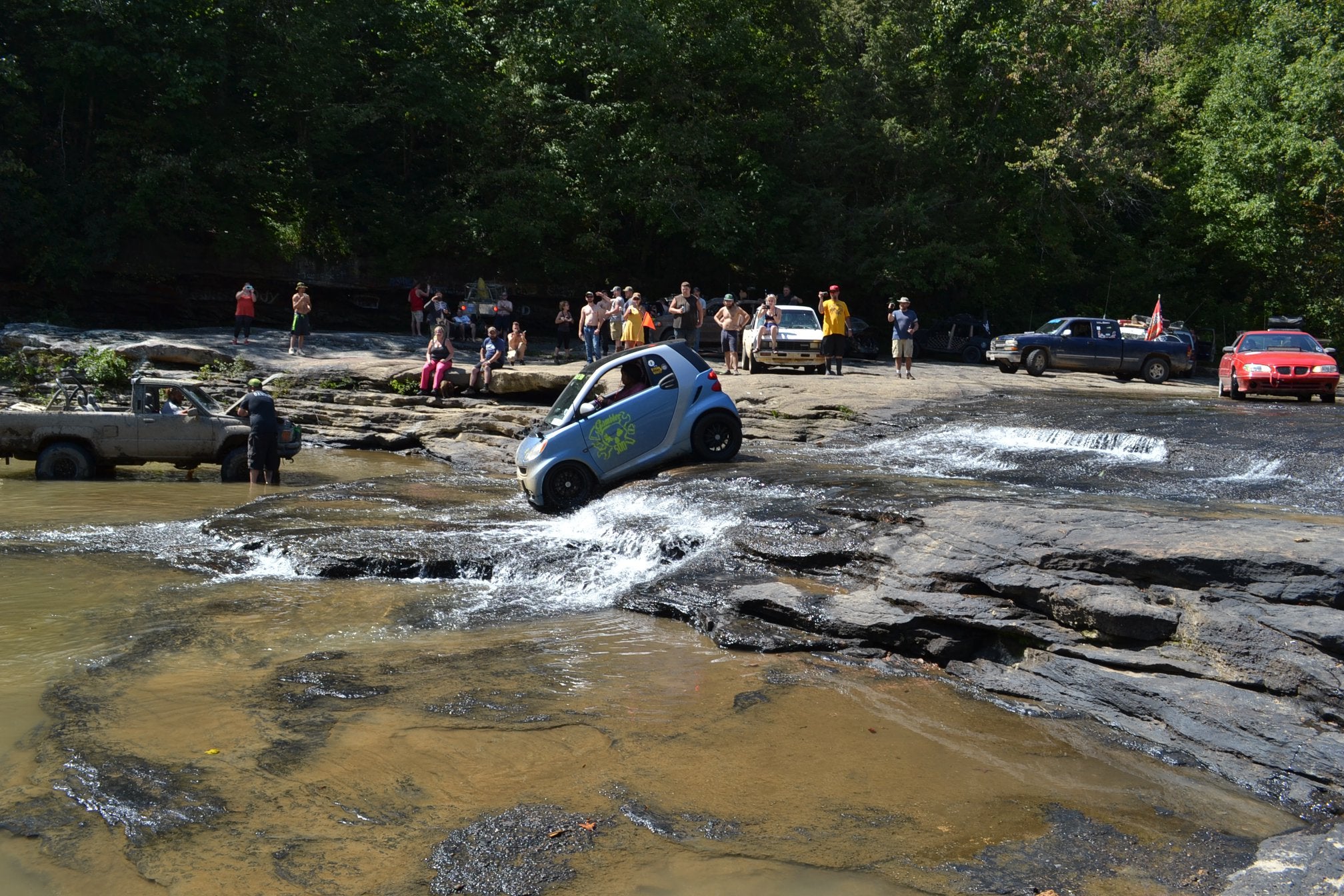 Replacing an alternator in a Smart usually requires lowering the rear subframe, a job that was beyond my wrenching comfort zone at the time. I initially hired a mobile mechanic, but rusty bolts got the best of them and they gave up. Undeterred, I tried myself and found many of the bolts to be formidable opponents. I resigned myself to getting the job done or finding a mechanic eventually. But as sometimes happens, days turned into weeks, weeks into months, and months ballooned into over a year. Through that time, I moved the car around, albeit not under its own power.

Things finally changed in March of this year. As the calendar date grew closer to my 10-year anniversary with the car I decided to do the right thing and revive it. I love this car; the Mercedes that you know and love today was effectively born in this car. In fact, I chose the name Mercedes while driving it. The Smart has always served me well, even if I didn’t reciprocate. I had to change that. Thankfully, this time I was better equipped as I not only had the knowhow to fix it, but I knew of a mobile mechanic who loved the challenge of working on new things. I called up JET Mobile Auto Service and scheduled a repair.

My mechanic did a wonderful job, blazing through what the previous mechanic and myself couldn’t do, and doing it in just a few hours. He replaced the alternator, engine mounts, starter, belt tensioner, and belts like they were nothing. In a move that astonished us both, the car still didn’t start. We found out that the engine was stuck, and it took over an hour to free it up. Then we found the axles to be stiff, and were able to loosen them up. And while the new starter bench tested fine, all it did was click when I turned the key.

Check out this torn engine mount: 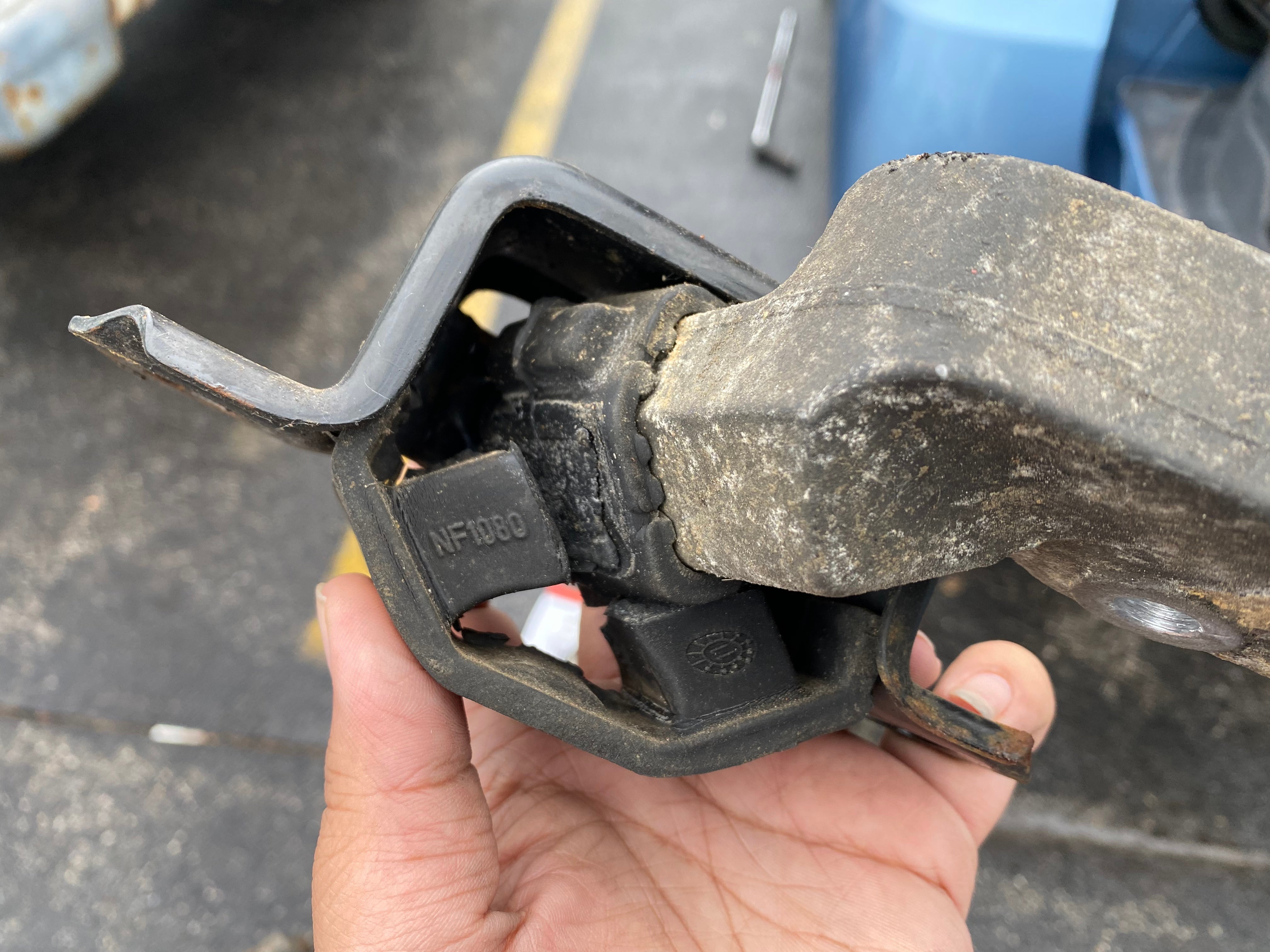 And this very crusty alternator! This is where the mechanic and I parted ways, thinking we’d finish on a different day. But I found myself sleepless, thinking about what the issue could be. In a desperate attempt to find answers, I began tracing the car’s wiring. Maybe there was a bad connection somewhere? I found the grounds attached and clean. And the fuses looked great. But there was one that had me curious.

Smarts have a 200A fuse wired in-line with the starter. I initially ignored it because it looked fine. But I tested it, anyway, by clamping the negative ends of a jumper cable to the fuse’s posts. 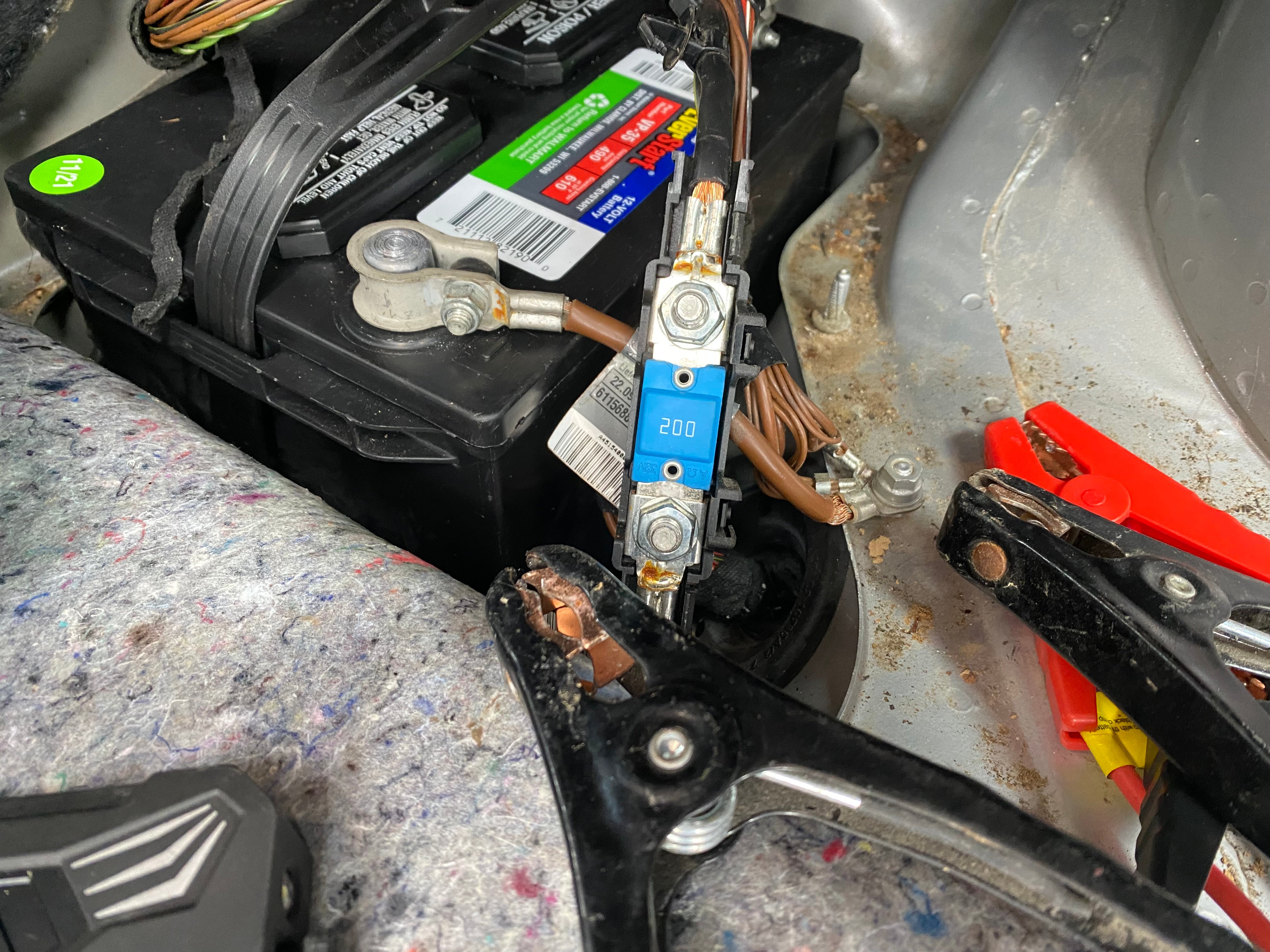 And like that, it ran for the first time in over two years! The engine didn’t sound happy at all and there were all kinds of warning lights, but the sound of that inline three was music to my ears.

Why I Use A Crowbar To Get The Car Into Gear 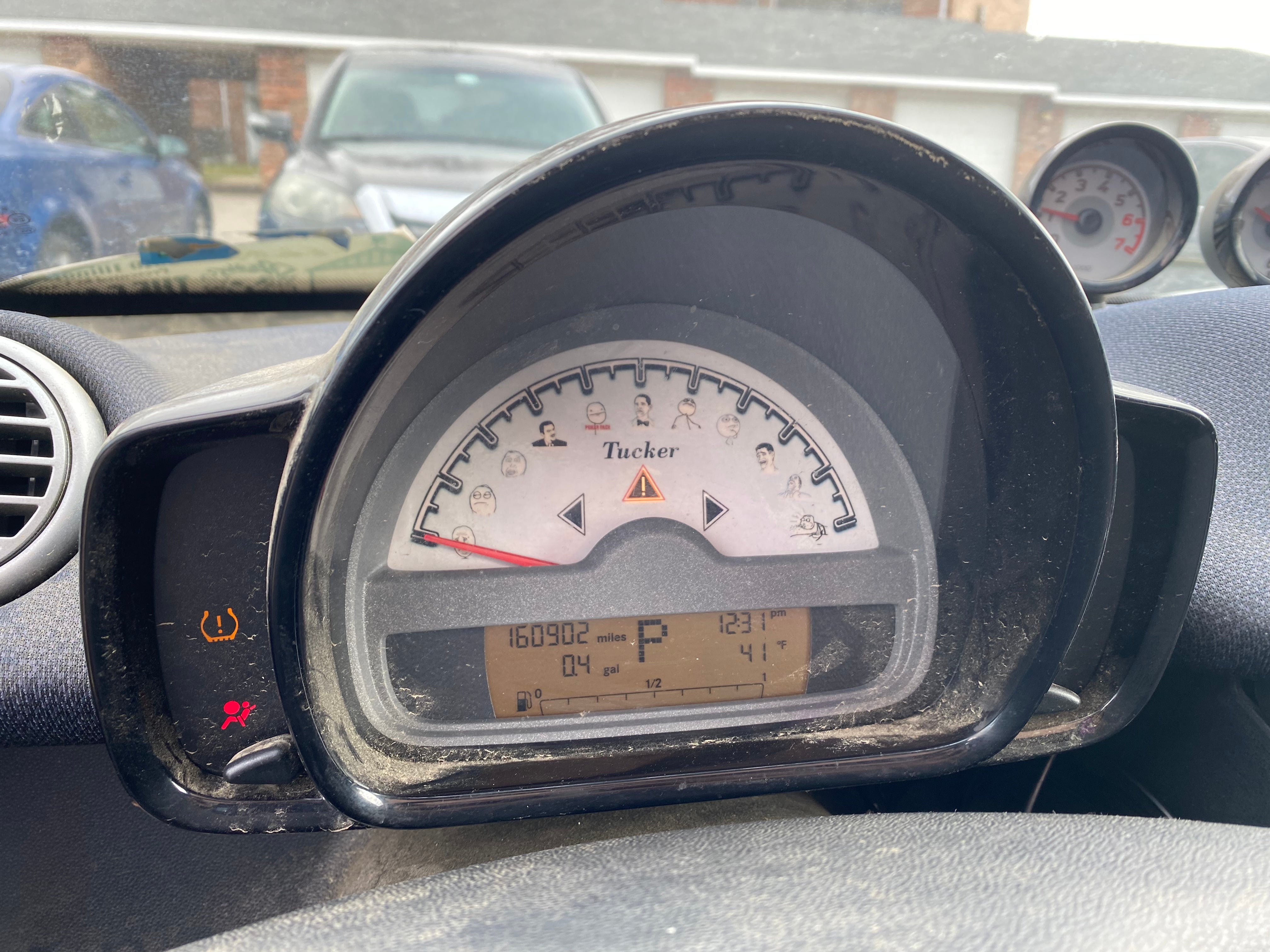 And given the sketchy situation, I worked to get it driving, too. Doing that involved another interesting problem-solving session. The car ran and would even indicate that it was in a gear, but the rear wheels wouldn’t move at all. That was because the transmission was stuck in Park, no matter what the computers tried to do.

Smarts are mostly shift-by-wire. The shift knob just tells the computer what to do with the car’s automated-manual transmission. If the computer says Neutral then it should be in Neutral.  But I found the one situation where that wouldn’t be true.

There is a transmission design change specific to North American second-generation Fortwos: Where Europeans park their Fortwos in Reverse or Neutral then pull a parking brake, North American Smarts try to mimic traditional automatics using a physical park pawl. 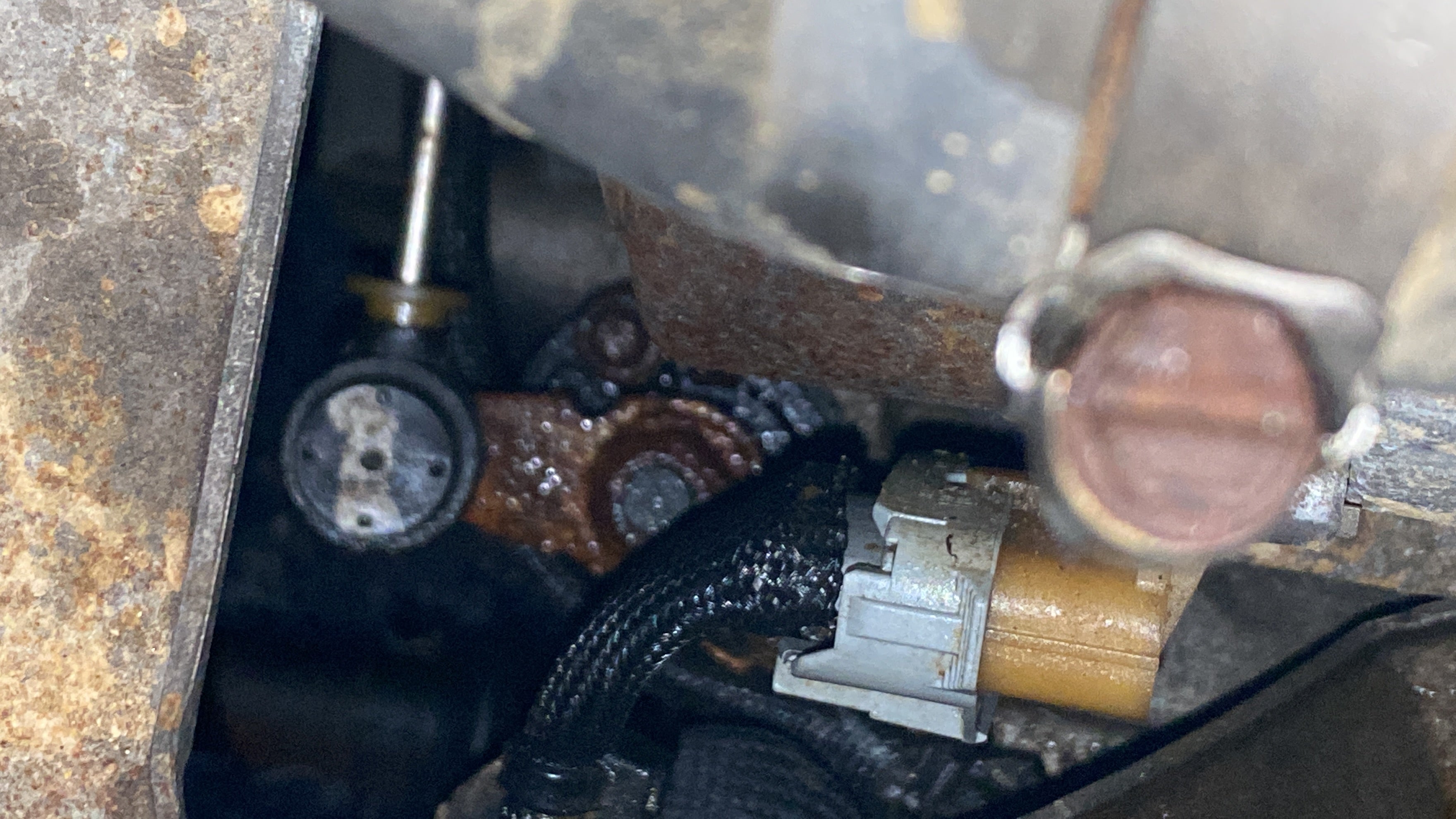 And this device is actuated with a cable coming out of the shift knob to the transmission. I had accidentally broken this connection when I found the gear knob stuck one day. The computer assumes that if the knob isn’t in the Park position then the car is free. It has no way of knowing if the park pawl is actually disengaged.

My fix? I stuck a crowbar into the engine bay then disengaged the park pawl by levering the crowbar against the pawl’s lever.

Next, I wanted to make sure that the transmission was going to be able to row through its gears.

The folks of Autel sent me a MaxiPRO MP808BT diagnostic tool, and it came in handy. The little Smart had racked up a ton of errors from sitting, ranging from a misfire detected on all three cylinders to communications lost from the shift knob and an airbag light triggered by the driver seat sensor losing connection. I used the Autel to have the transmission run itself through its shifting procedures. Thankfully, it was a success. And while you would normally have to go to the Mercedes dealer to extinguish an airbag light, this tool did it in a jiff. 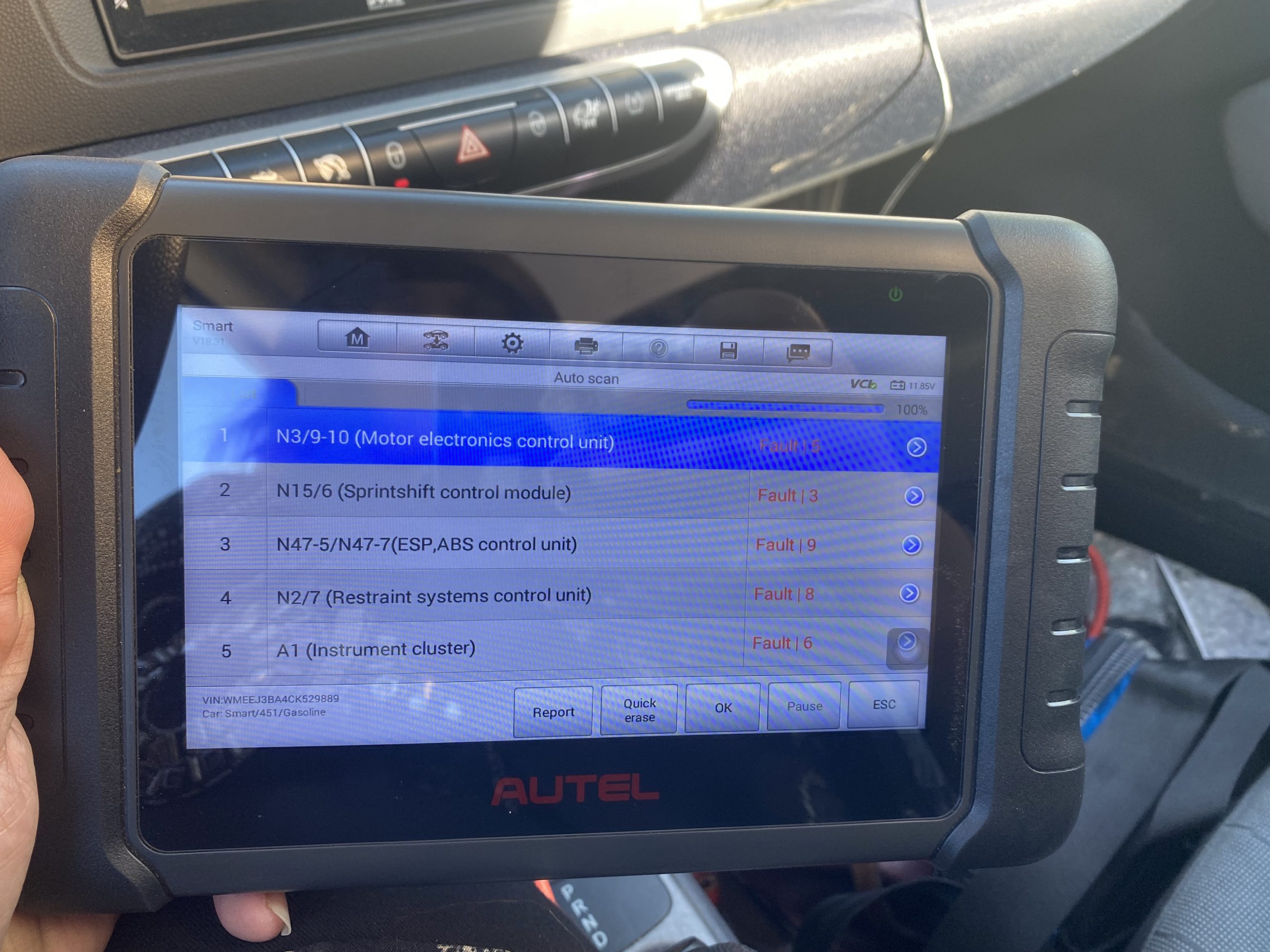 Now with the engine running and the transmission ready there was just one thing left to do, pimp my ride by way of some shiny wheels. I removed the Genius Darwins (TSWs) that were already on the car and fitted some sweet Lorinsers that I got with one of my other Smarts.

Then I took the car for its first drive in over two years.

It didn’t drive well, at first. The engine stumbled on two-year-old fuel and sounded a little bottom end knock-y. I gave it an oil change before sending the tach to the red a few times. Now, the noise is gone and drives just as I remember. Even my two-year-old new brakes cleaned up perfectly. And the car itself is now somewhere safe after getting its first car wash in at least three years. 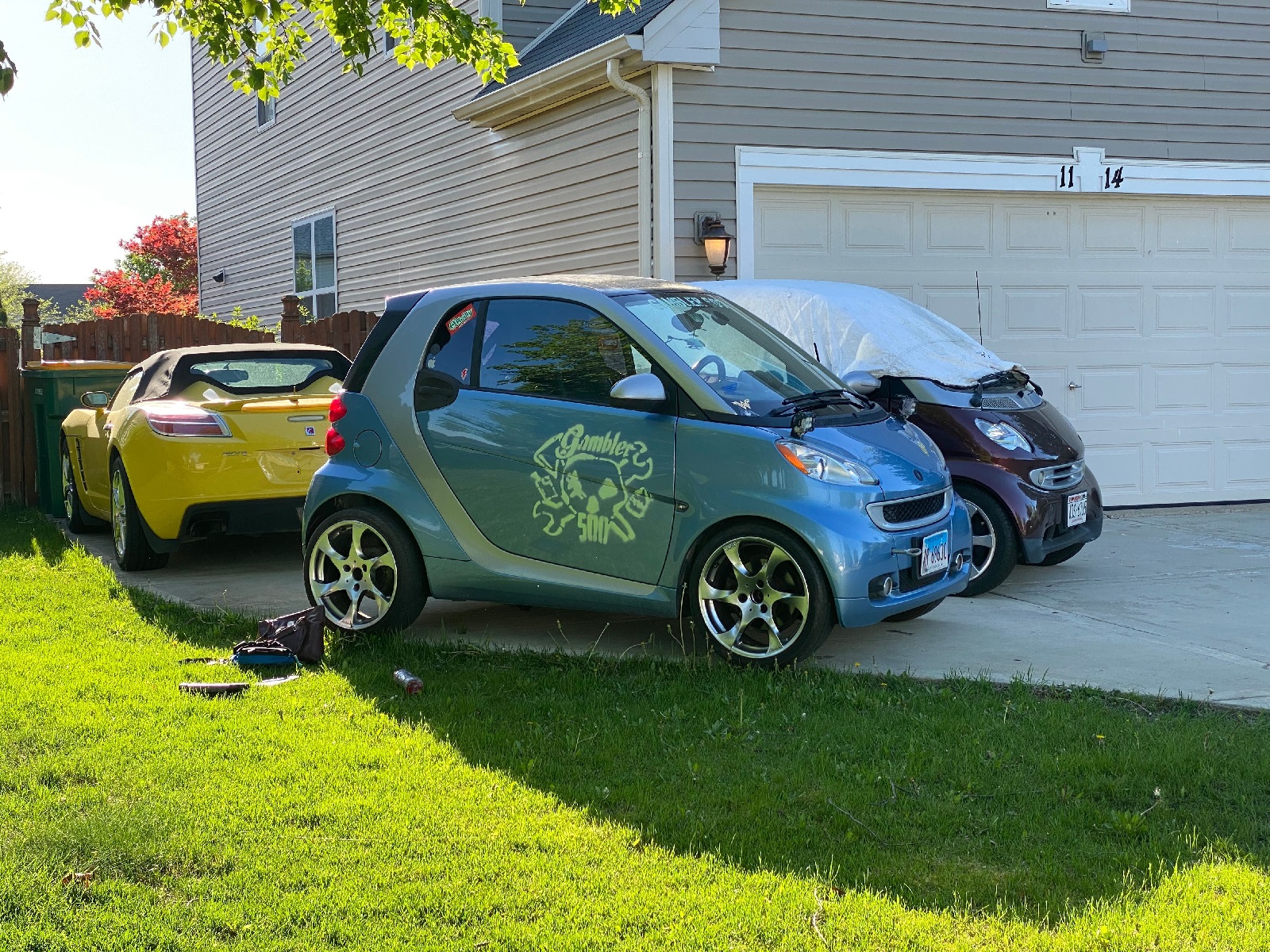 I did pull a FOIA request on my city to see what was going on. I was able to confirm that someone was trying to get me charged with something, but the city refused to say who. And it’s funny to think that the catalyst to finally finishing this project was someone allegedly accusing me of a couple of felonies.

Mercedes is a lifelong fan of all things powered by an engine. When she isn't driving one of her five Smart Fortwos or her 14 other vehicles she could be found in the cockpit of a Cessna 172 or perhaps swimming in any body of water that she could find. She also has a deep love for buses of all kinds. Please send her buses. mercedes@theautopian.com Instagram: @mistymotors Twitter: @Miss_Mercedes30 Facebook.com/neonspinnazz
Read All My Posts »
PrevPreviousThe Beautiful Jeep Cherokee That Blew Up After I Sold It To A Nice Lady Is Truly The Jeep From Hell
NextThe Fiberglass Camper Trailers Of The 1970s Are Making A Big ComebackNext