This past week I was up in Detroit with David, working on Important Autopian Things, and we decided to inspect the thriving local car culture by showing up to a Cars and Coffee meetup. Of course, we were really late (why the hell do these all have to start so damn early?) but we did get to see a few wonderful cars, and, almost as excitingly, people. One of these people was a French automotive engineer named Aurel, and he told me one of the most incredible, charming, and so so very strange things about the development of the Citroen 2CV that I’ve ever heard.

If you’re unfamiliar with the 2CV, that’s a terrible condition to be in, so let’s solve your problem really quick. Here, I made a whole video about the 2CV a few years back:

The basics are that the 2CV was designed to put France’s rural farmer population on motorized wheels, and off of cranky, slow (probably drunk) French horses. The project came to be when Pierre-Jules Boulanger, the man in charge of Citroën’s engineering and design departments after they were bought by Michelin in 1935, found himself stuck behind a farmer’s slow horse and cart.

This made Boulanger realize there needed to be a car for the peasants, something to replace the archaic horse carts, which is when Boulanger came up with his dream peasants’ car, not in the form of drawings or technical specs, but a set of requirements.

The fundamental requirements for the 2CV (also called the Deux Chevaux, or — in its early prototype stages — the TPV for “Trés Peitite Voiture,” or Very Small Car) were set in 1935 and were as follows:

The car should carry two farmers wearing clogs, 50 kg of potatoes or a keg, at a maximum speed of 60 kph with a target MPG of 78 (3 l/100km). Comfort would be key so eggs don’t break driving through fields and bumpy roads. 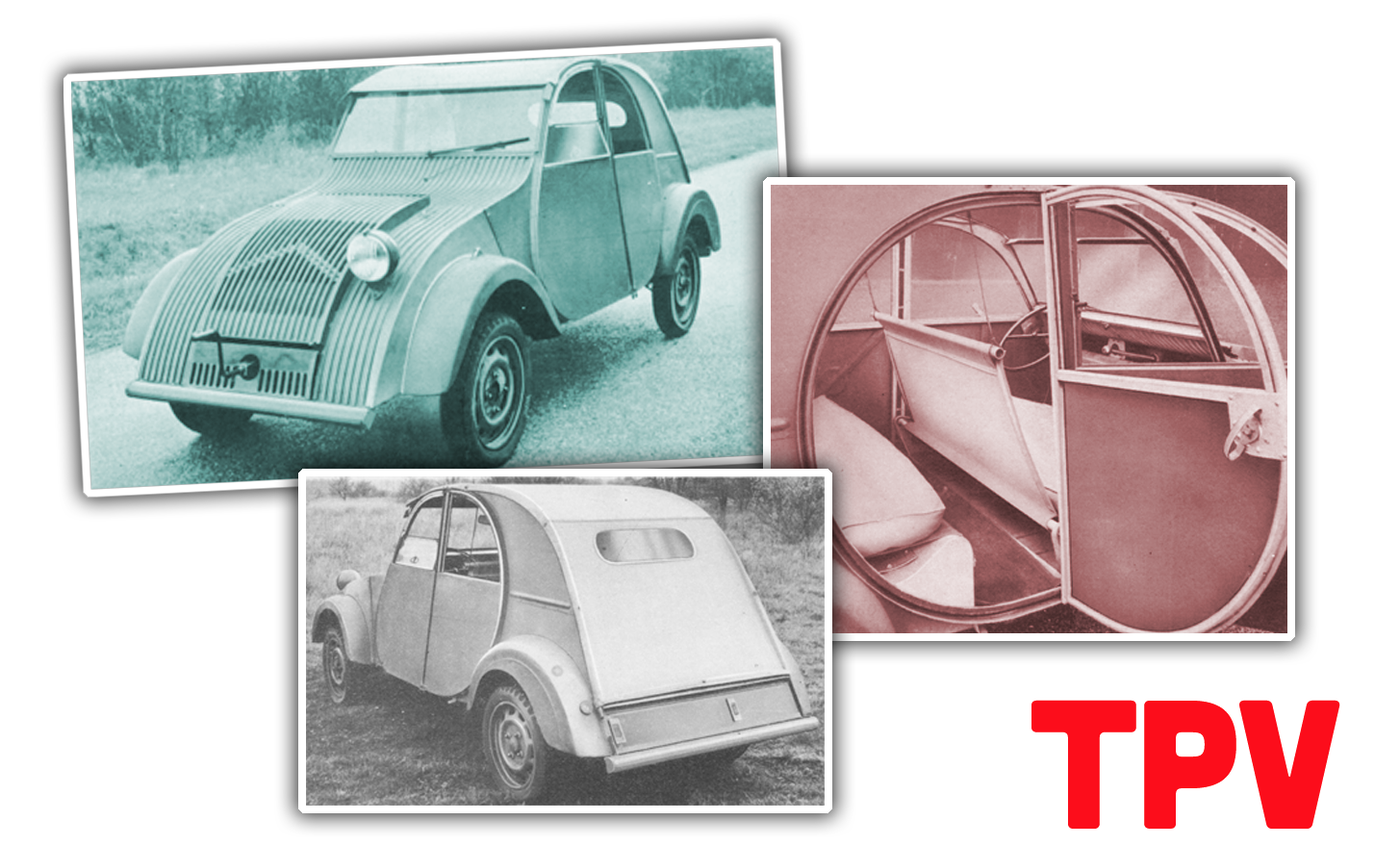 Also, it had to be dirt cheap, rugged, and simple to maintain and repair. The war paused the development of the TPV (though Boulanger did use the occupation period in France to do some really brilliant sabotage of the Nazi war effort) and then picked up again after the war, but with a slightly less austere (but not that much less) design.