We Need A Name And Some Rules For Two-Faced Cars

The Kabbalists, the mystical sect of Judiasm best known for a bit of red thread Madonna used to wear on her wrist, places a lot of power in the concept of naming things. Naming is part of the act of creation, and I’m sure there’s a lot more depth to this concept, but since my experience with Kabbalist teachings mostly revolves around a number of messy and failed attempts to build a Golem, I don’t really have much valuable insight. What I do know is that names are important, and that’s why I think it’s time we find a good name for this automotive styling phenomenon I suspect we’ve all noticed at one time or another: the double-faced car look.

Yes, you know what I’m talking about! The way that some cars, when you look at them, appear to have a front end that looks like it has another, smaller car emerging from it, like the car has somehow absorbed another car, leaving only the smaller car’s face peering out, possibly in terror.

Perhaps the most famous of these cars is the 1969 Ford Mustang: 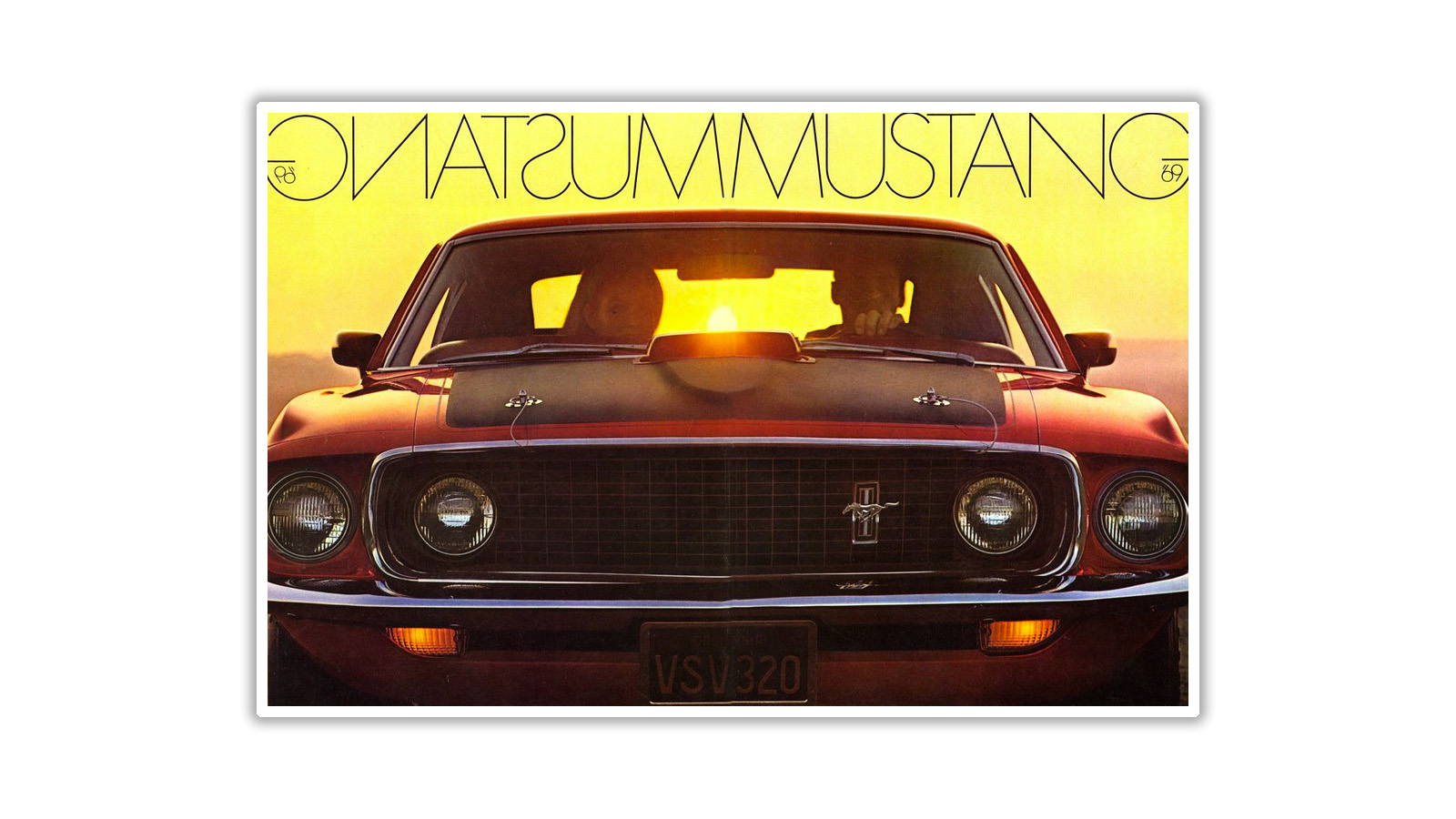 …and perhaps the most infamous is the 1962 Dodge Dart: 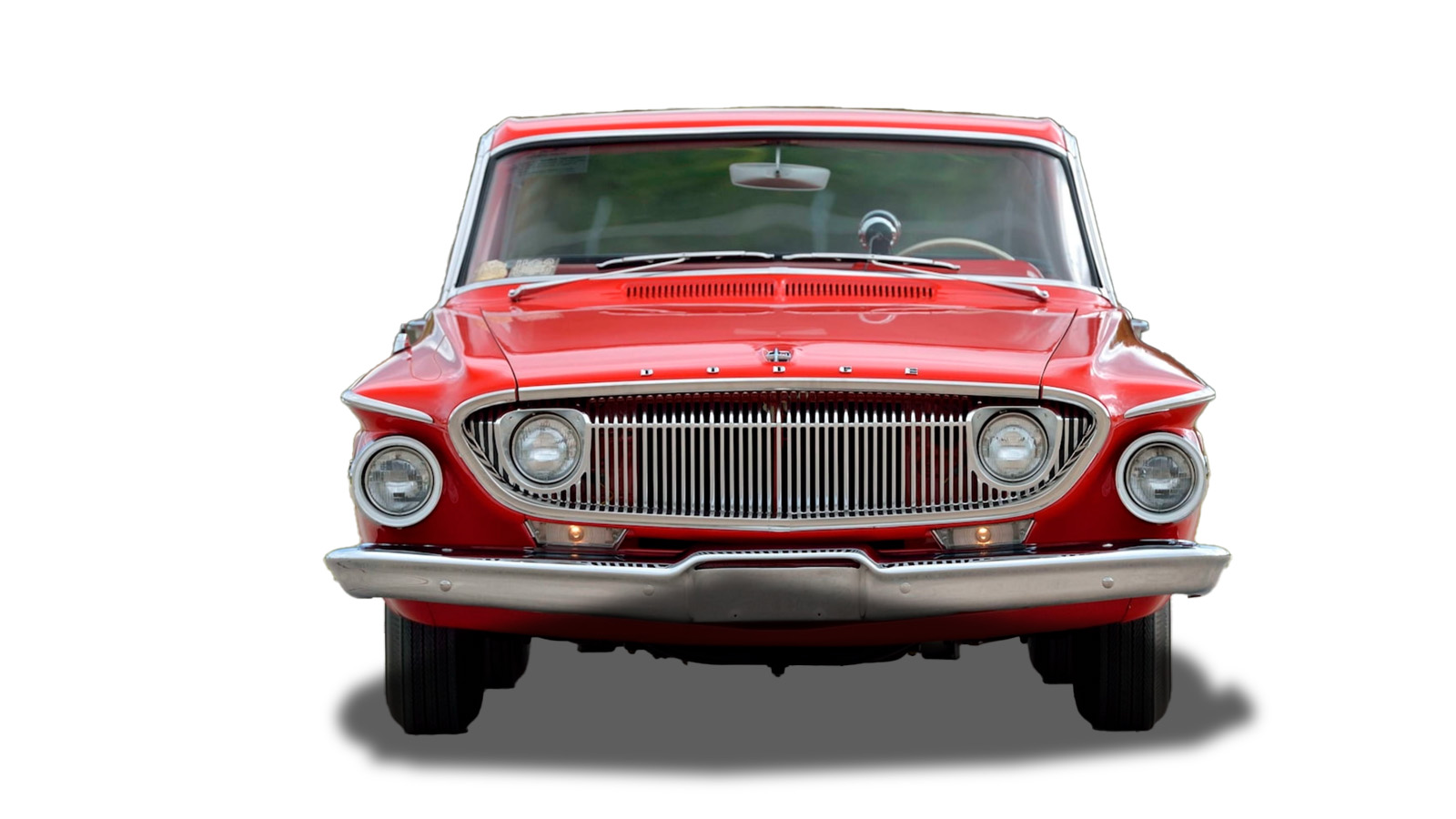 You see what I’m talking about, right? These cars have two faces, a face inset into a larger face. There’s a surprising number of cars that I think fit into this category, and there’s also some edge cases I think we need to use to define parameters. I think the key component here – pointed out by our resident Real Car Designer Adrian Clarke – is that the inner face must be clearly delineated by some manner of border or trim or the boundaries of the grille.

That’s why quad-headlamp cars like the ’70s and ’80s Jaguar XJ, which can sort of be seen as having a separate inner face: 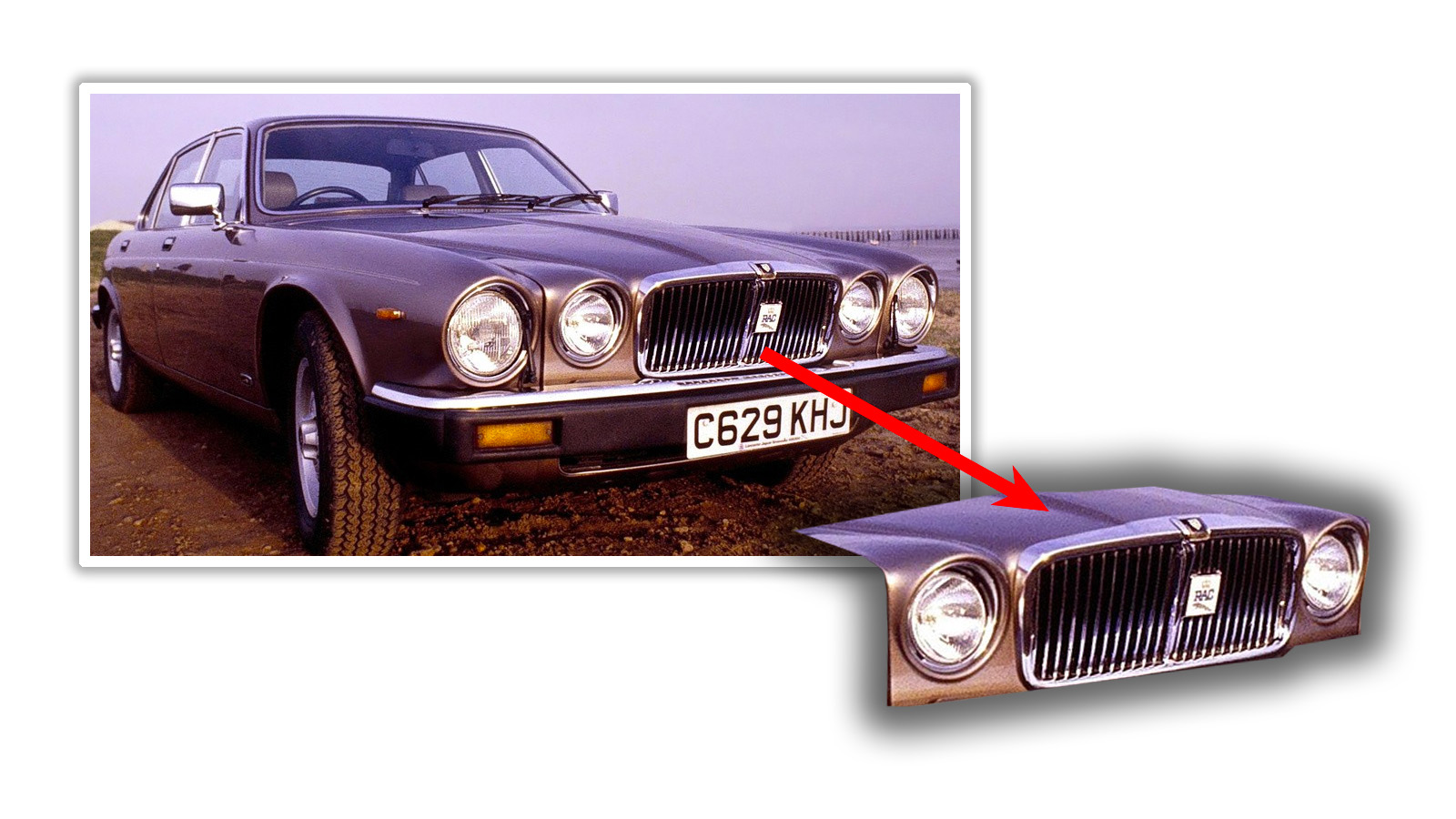 …don’t really count, because even if you can separate out a plausible-looking inset smaller car face, the lack of a delineating visual boundary around the inner lights and grille means that the XJ itself doesn’t actually have the jarring, face-in-a-face look of these other cars. So I think some kind of inner-face border is required.

Just for fun, let’s quickly extrapolate out what the inner-face cars on some examples could look like; we’ll start with the Dart: 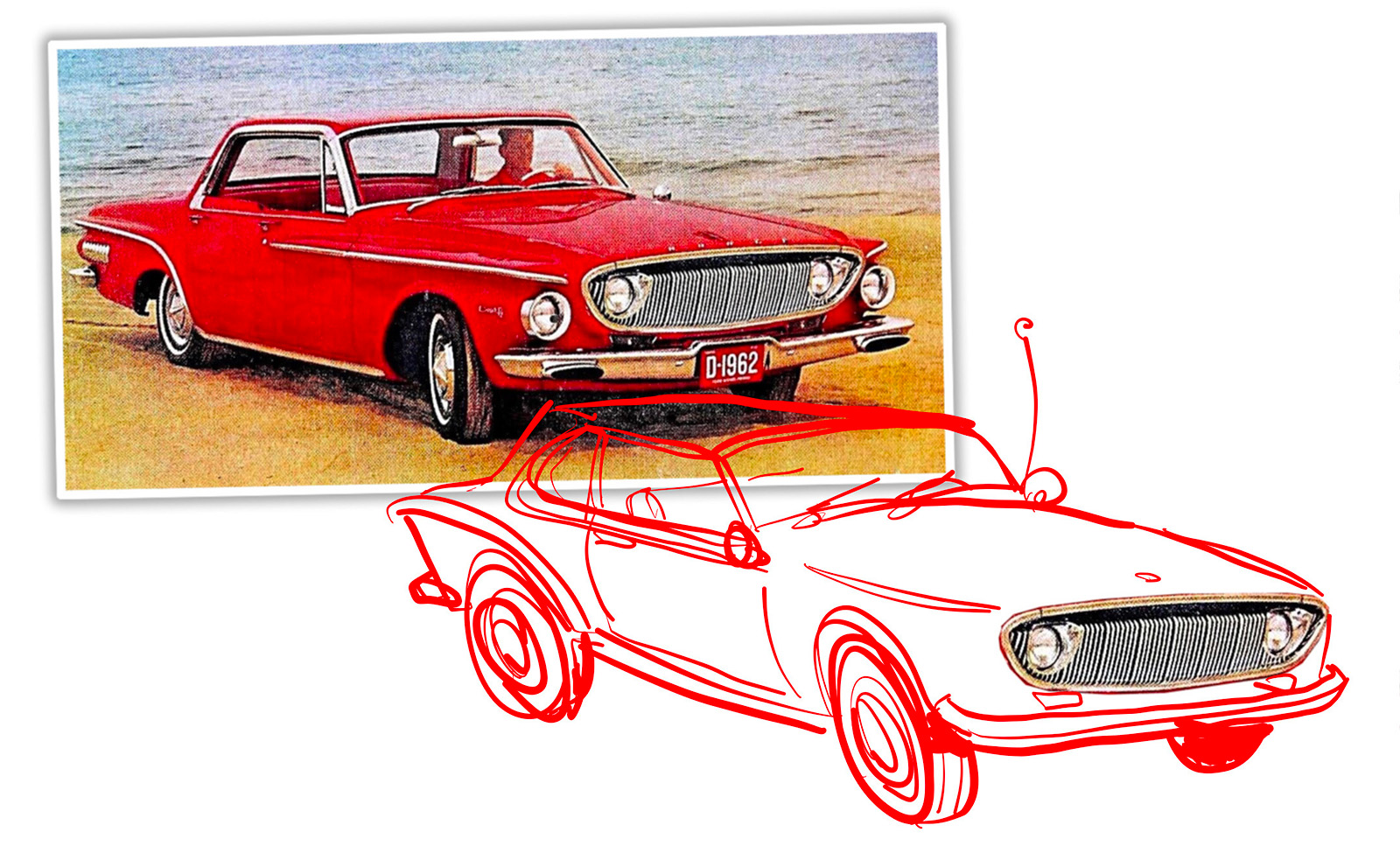 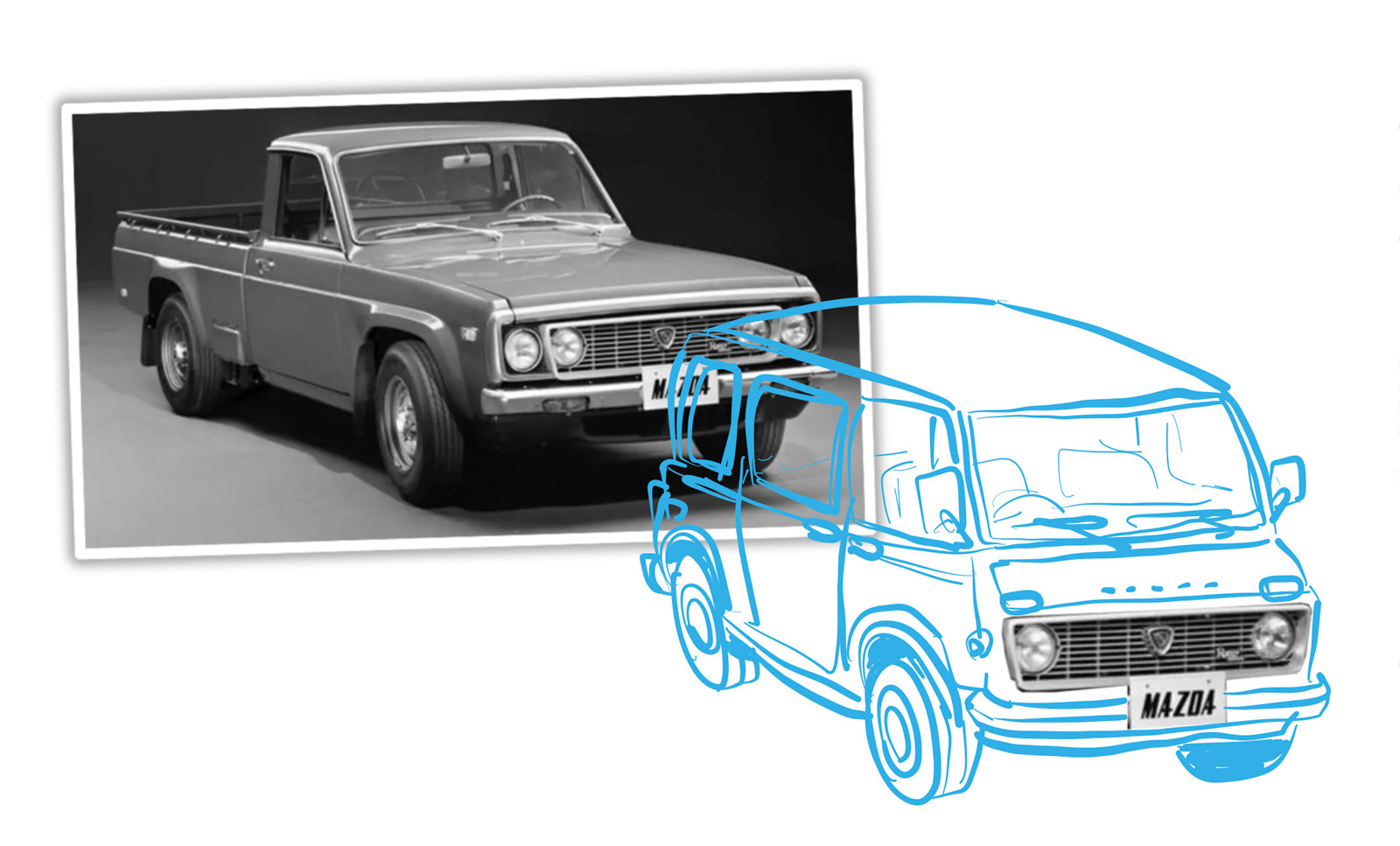 I feel like the Mazda’s inner face would have made a great front end for some sort of Mazda Kei van. Like Mazda’s answer to a Honda Life Step Van. How about the Mustang: 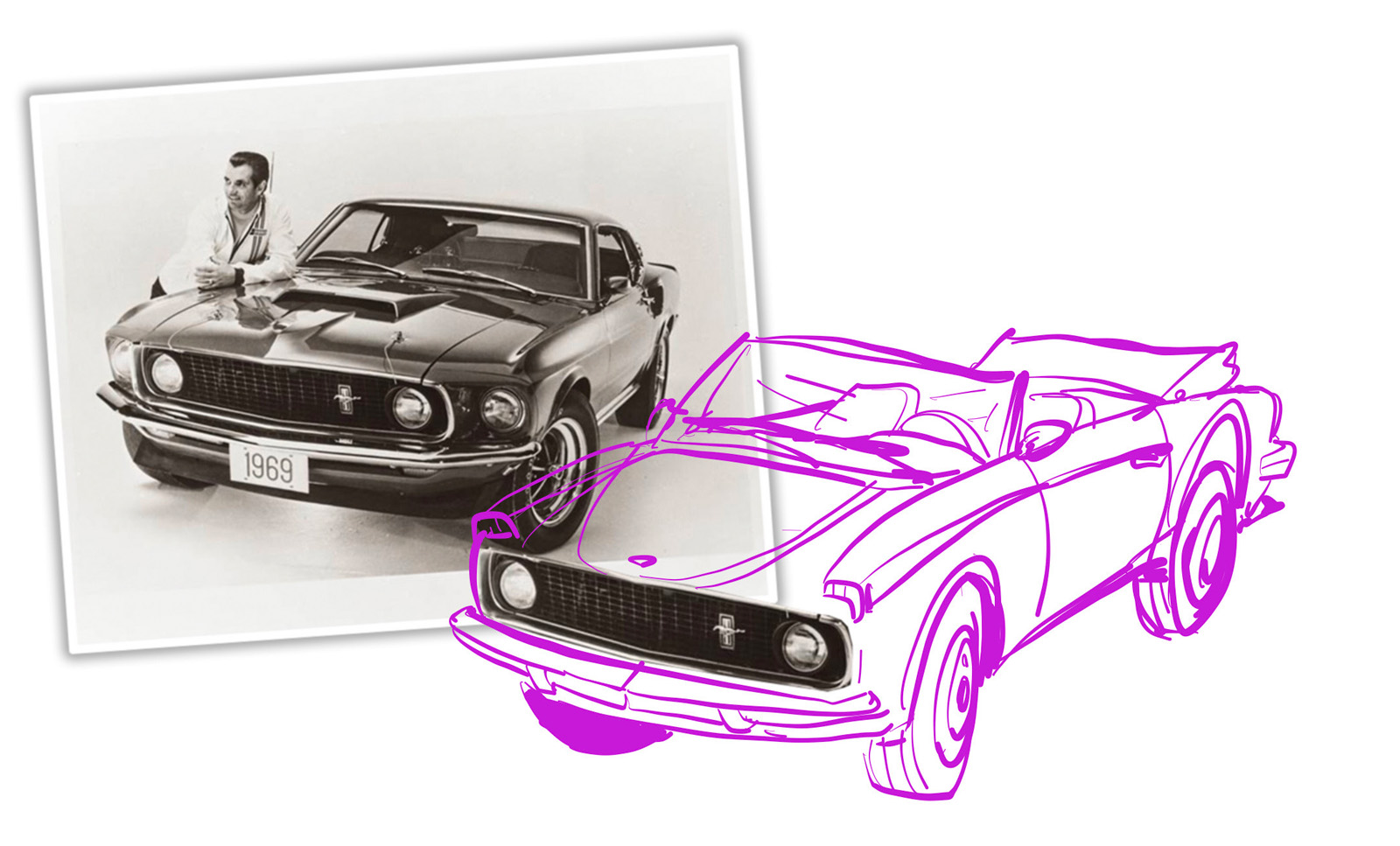 That inner grille still feels muscle-car-ish, almost like a Camaro, but the smaller scale makes me wonder what if Ford made an MGB roadster competitor? I could see that inner grille serving as the face for the Ford Palamino, or something like that.

Let’s get a little weirder, and look at the Argentinian Renault Torino: 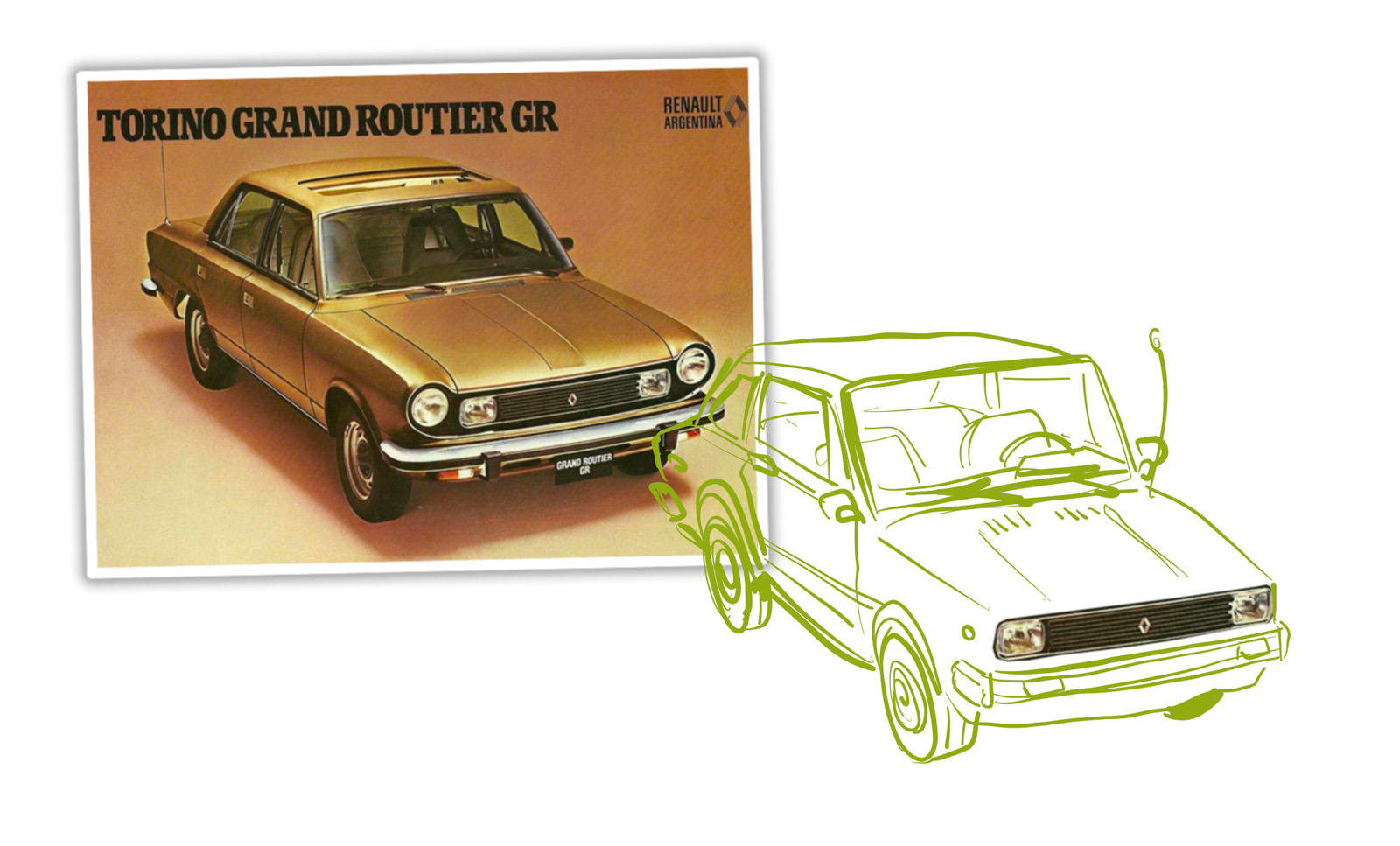 Honestly, that face reminds me a lot of a Renault 12. Or maybe a Renault 6:

It’s definitely some kind of small Renault stuck in there.

So, we’re back to the question of what should we call these cars? Face-in-face cars feels too clunky, as does double-face cars or twin-face or anything like that. I want something punchier. Oooh, I have an idea! Let’s name them after this guy: 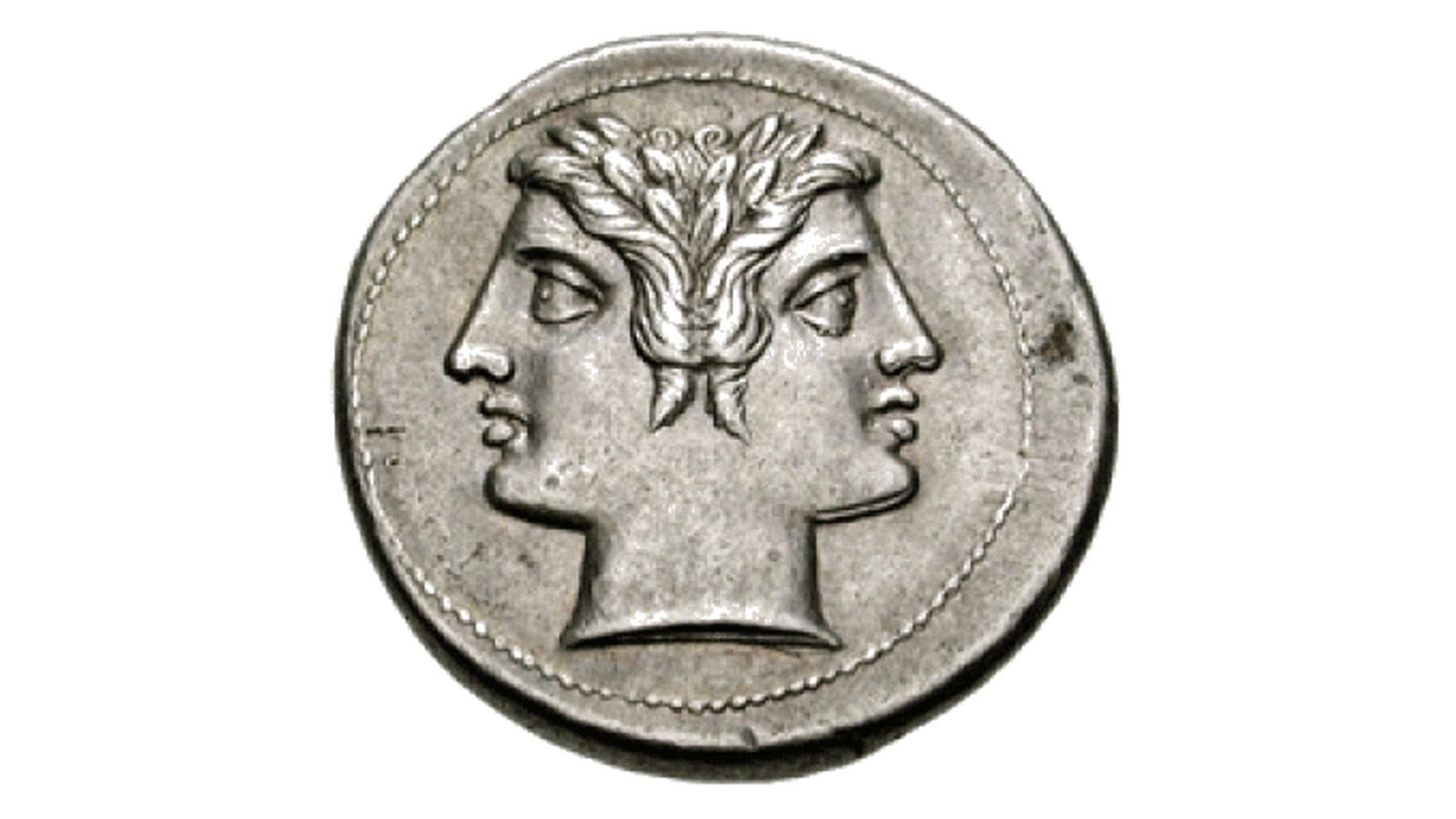 Janus! That’s the Roman god Janus, doorkeeper of the heavens, god of beginnings and endings, and a famous haver of two faces. We could call these Janus Cars. Sure, there’s a Zündapp Janus already, a car with a door at each end, but I don’t think in context it’ll get confusing. 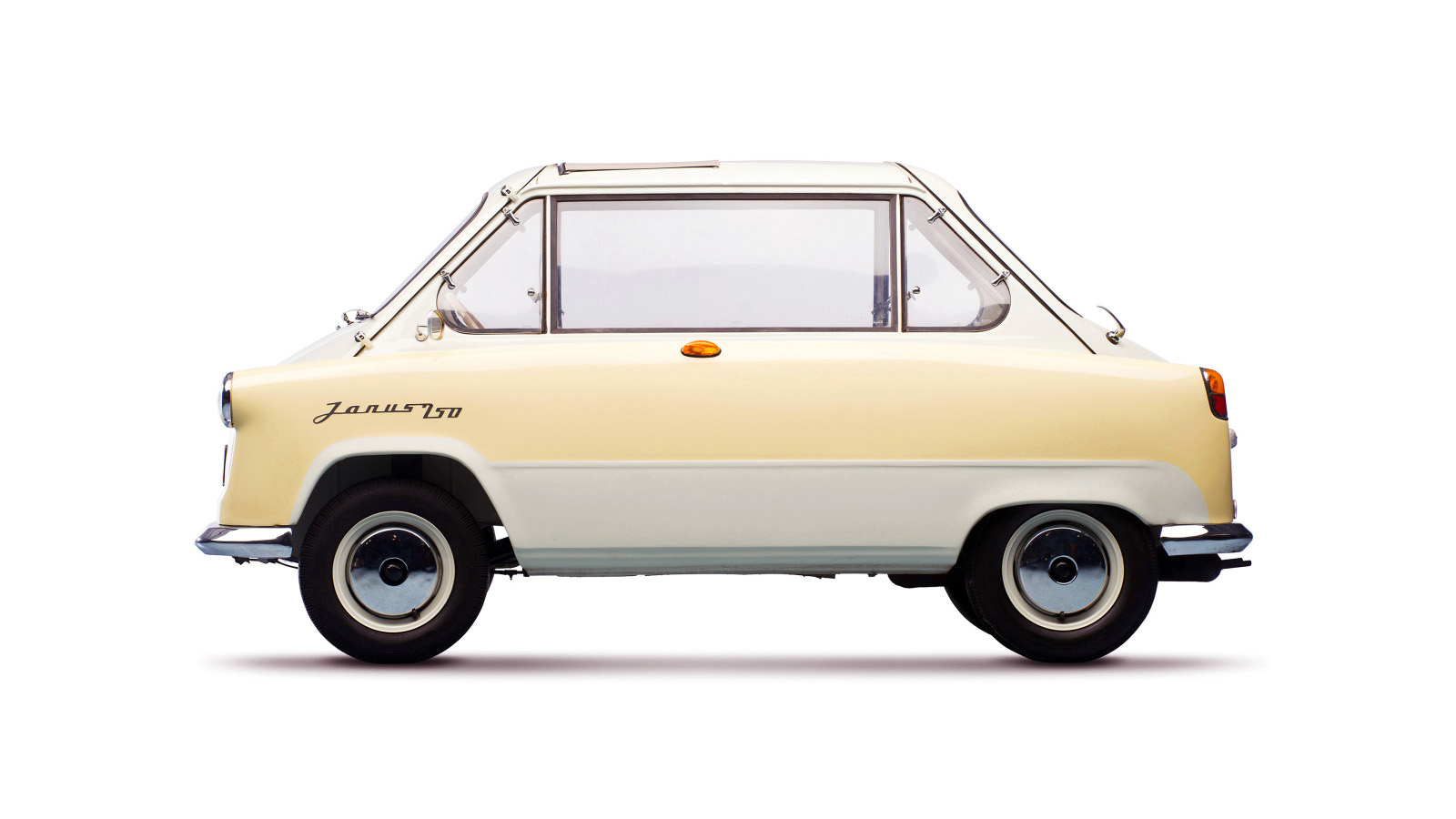 I mean how often are you seeing Zündapp Januses around?

So, I propose Janus Cars for these; it incorporates the idea of two faces, it’s easy to say, and, best of all, it rhymes with “anus cars.” I’m open to hear your naming suggestions, though, and eager to see more Janus Car examples you may have.

Man, it feels good to accomplish something.

I'm a co-founder of the Autopian, the site you're on RIGHT NOW! I'm here to talk to you about taillights until you cry and beg me to stop, which I absolutely will not. Sorry. Hug? Also, David's friend.
Read All My Posts »
PrevPreviousI Drove To The Middle Of Nowhere In Australia To Buy My $900 Ute An Engine That Was Buried In A Muddy Chicken Shed For Over 15 Years. Here’s How That Went
NextLet’s Look At The Incredible Portal Axle-Equipped Porsche 911s That The Automaker Drove Up A VolcanoNext