Thousands of dollars of damage are looming beneath the skin of my beloved 1985 Jeep J10 pickup, and there may be nothing I can do to stop it. The cause? A suboptimal body design with strange metal creases and enormous voids that trap water and dirt — voids that I cannot get to without breaking out the cutting disc. Here’s a look at this unfortunate situation forced upon me by Jeep engineers.

I love my Jeep J10. I think it’s the best vehicle I own because of its style, and above all its simplicity. The straight-six engine under the hood will never die, the four-speed manual transmission probably won’t either (and if it does, I can fix it in my kitchen), the cooling system is oversized, the driveline is as tough as nails, and on and on. The truck has everything one could want in a classic pickup: a bench seat, a stamped tailgate, four-wheel drive with manual locking hubs, a stick shift, a regular cab, an eight-foot bed, a gun rack (not that I need it), and absurd amounts of soul.

It’s for these reasons that I will never sell the J10, which is why I am so concerned about the rust problem threatening to cost me thousands of dollars if I don’t act quickly.

Take a look at any Jeep J10 for sale today (I’ve included some above), and — unless it’s been restored or spent all of its life in a dry climate like Arizona — I bet it’s suffering from significant rust on the bedsides, just above the crease that separates the flat center of the bedside and the more arched lower bedside. 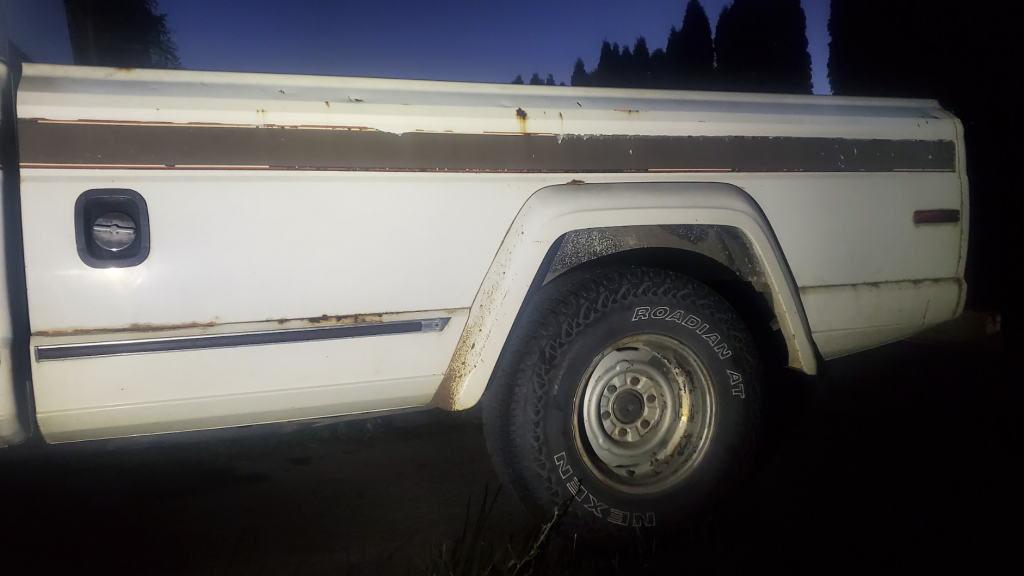 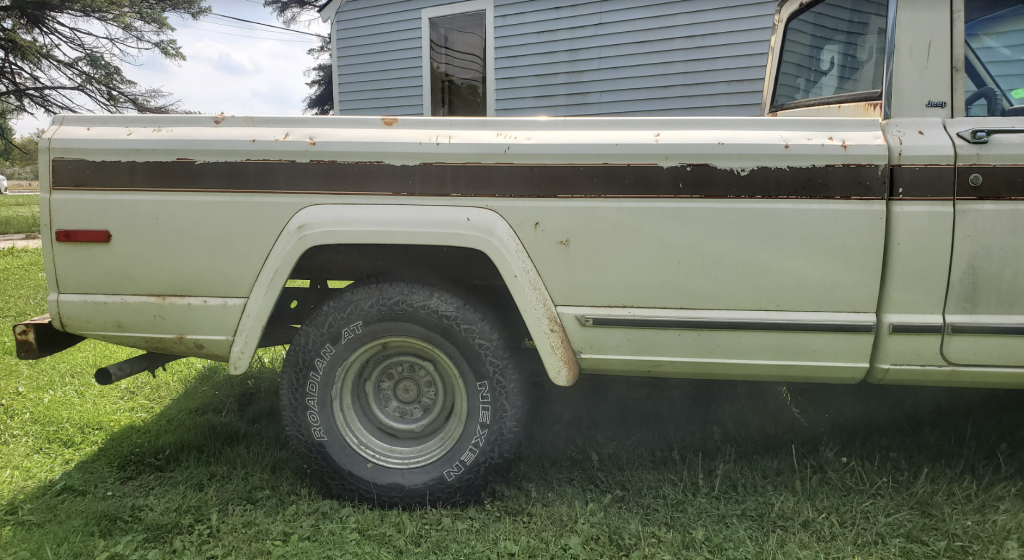 My Jeep J10’s bedside still looks good. There’s a little bit of rust at the crease, where dirt and moisture has gotten caught in the crack from the outside, but it’s nothing major. “How have I avoided the rusty fate of so many J10s?” I’ve spent far too much of my life wondering. Perhaps it was because my truck, which only had about 72,000 miles on it when I bought in North Carolina, always had a cap over the bed and was stored inside a big pole barn. I’m really not sure, but noticing the bedside rust problem on so many other J10s prompted me to dig into the cause of the issue so I could keep my J10 from crumbling.

That led me to the Full-Size Jeep Network forum, or FSJ Network. There, someone named bbelongia wrote a post in 2015 titled “Bed seam rust – why it happens.” That post includes a cutaway drawing of the inner structure of full-size Jeep bedsides. I’ve drawn my own version below:

You’ll notice that there’s a big void between the inside of the bedside and the outsider. Anything that gets into that void is trapped. The bottom of that void, where the most dirt and moisture settles, includes a tiny channel between the outer bedside and a sheetmetal crease (you can see the innards if you click on that forum link; bbelongia cut his bed open). This channel lets filth get into a void below (called the “rust area”), allowing the grime to rest against the outer bedside sheetmetal. Over time, the dirt and grime making contact with the outer bedside — from the inside – yields rust, which gradually eats its way through the steel until it’s showing through the paint. 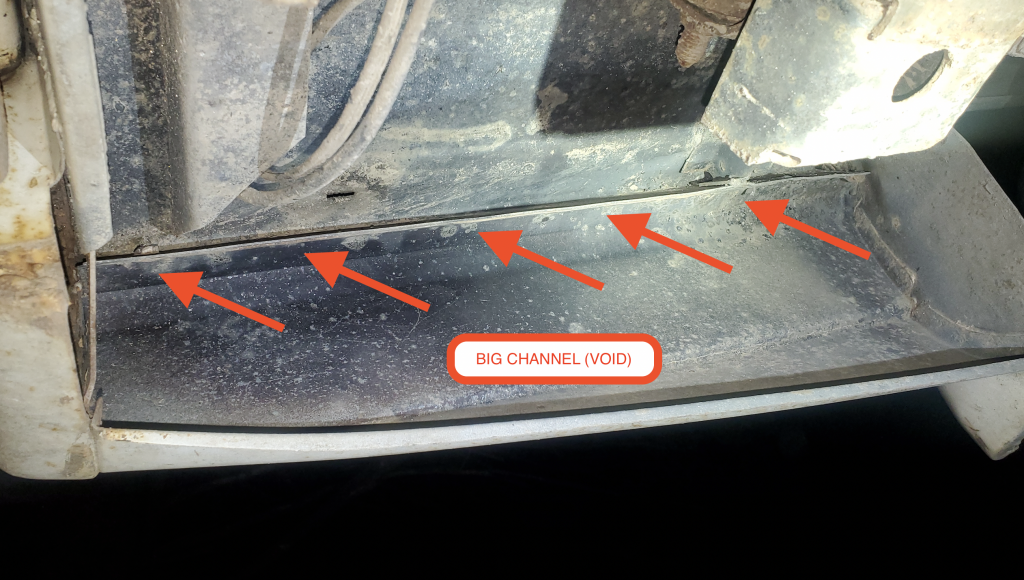 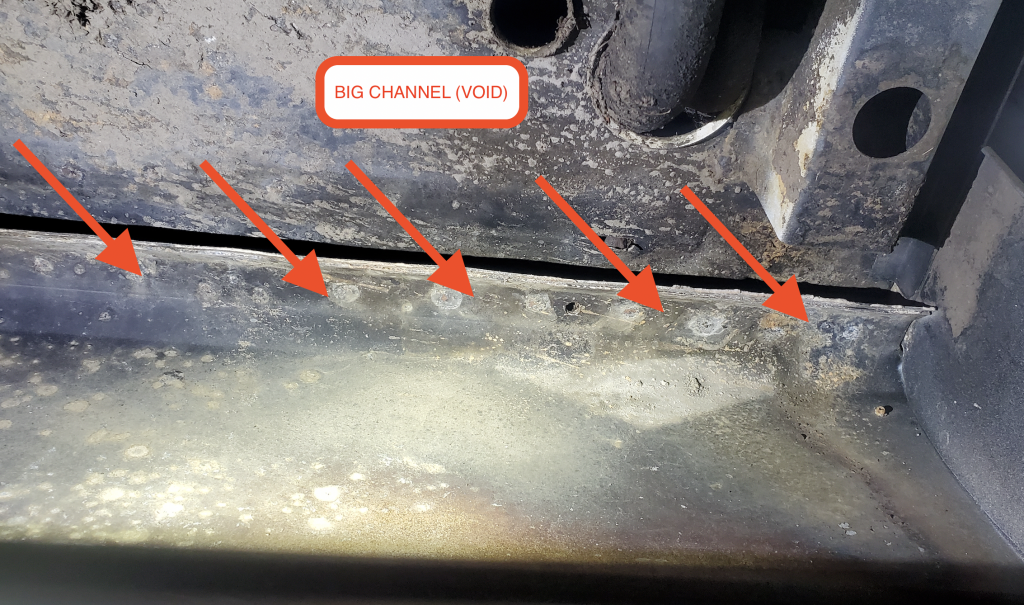 Shown above is the “rust area” of my J10 —  a little channel just above the bed seam that you see on the outside of the truck; this is where where rust tends to form. I decided to check out the state of this rust-prone area by sliding under my truck and drilling a hole into the bottom of the channel (I drilled between the welds shown in the diagram). What I found was alarming: 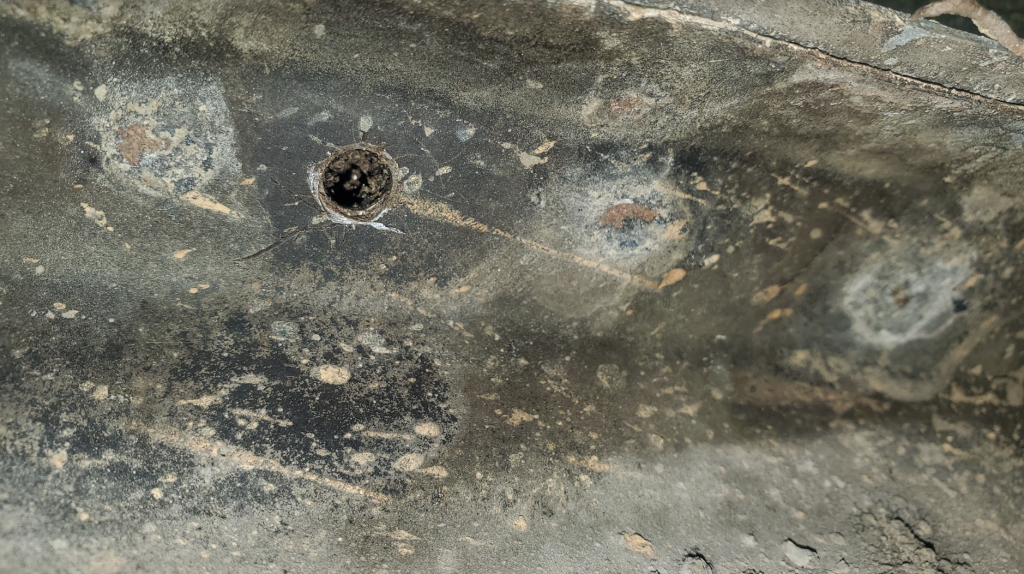 Look at all of that dirt! Hell, I’m not even sure “dirt” is the right word; it’s mud! There’s filth and moisture trapped in that channel! If I don’t cut this open, remove the dirt, and treat that channel, my bedside will rust out, and — given that the bedside isn’t just a straight piece of metal (it’s arched) — the repair will not be easy. Or cheap.

In many ways, the Jeep J10 is a great example of what not to do to avoid rust issues. There are far too many unsealed junctions between two pieces of sheetmetal, and those junctions lead to voids that take on dirt and moisture but can’t be cleaned out. Take the rust starting to poke through the front of the truck, just below the grille: 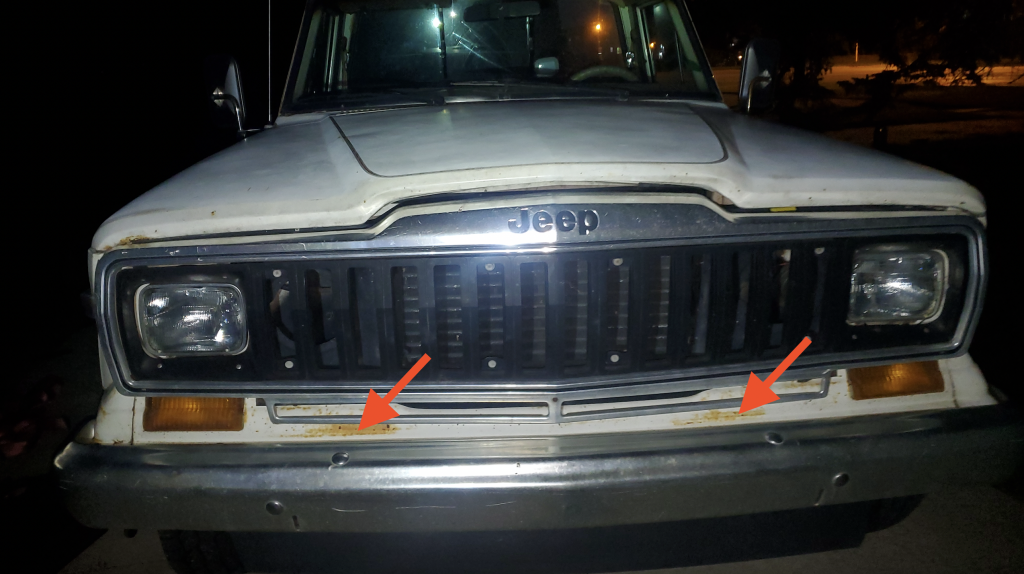 My first thought was that I could just take out my turn signal lenses and clean out that area behind the metal: 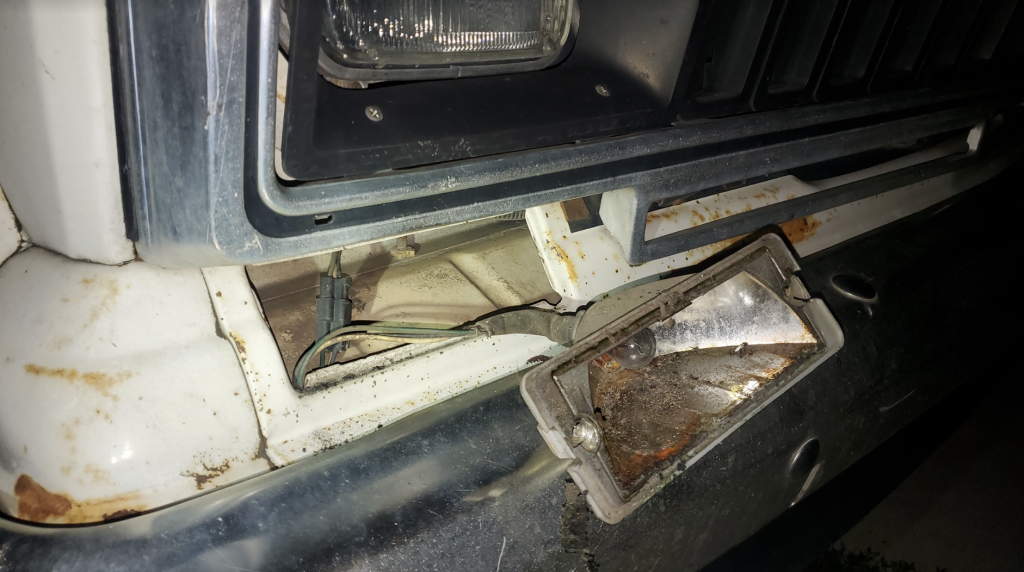 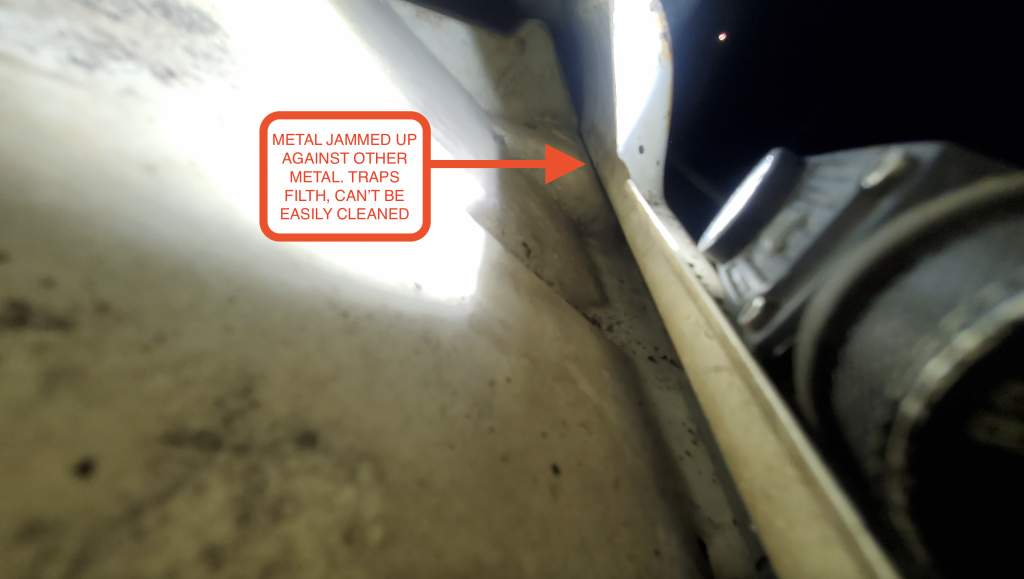 A similar issue exists with the hood: 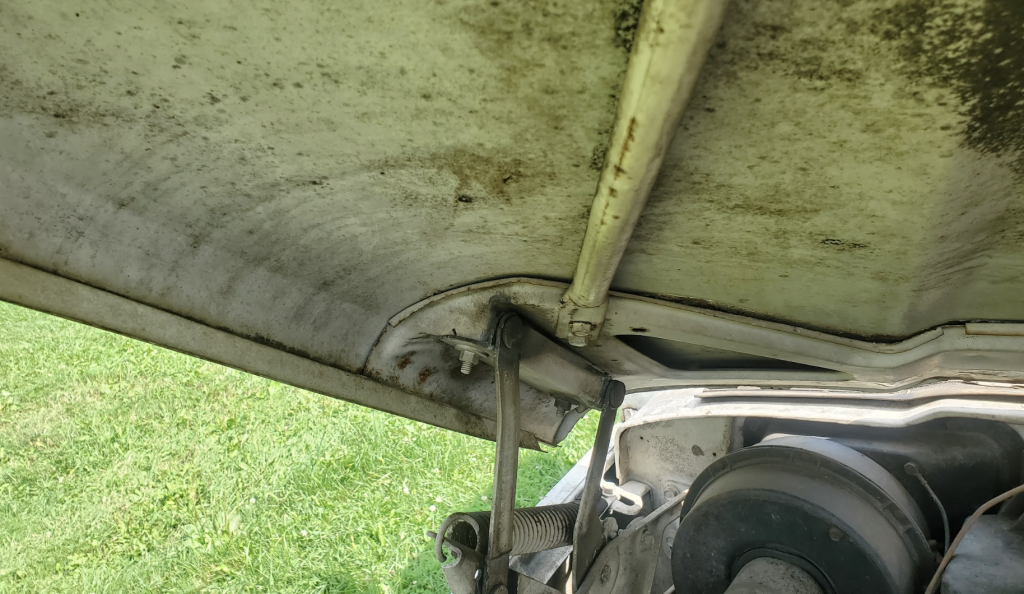 Look at the two pieces of metal jammed up against each-other, unsealed, with plenty of space for dirt and moisture to get in between. The result? I’ve already got a few pinholes in my beautiful Brooks Stevens-designed hood. Damn: 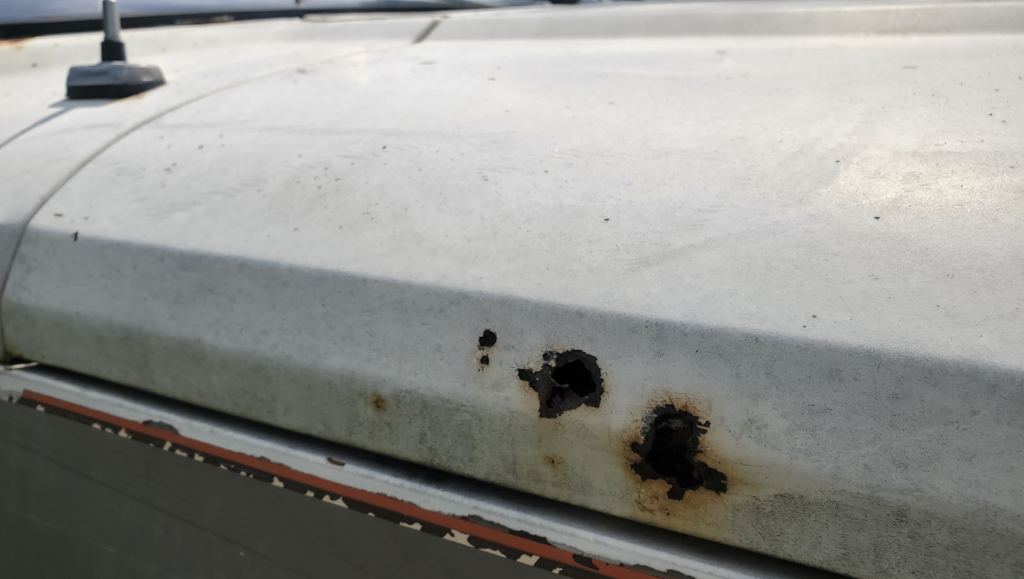 Other problem areas include the door jambs, which collect water if the vehicle is left to sit too long: 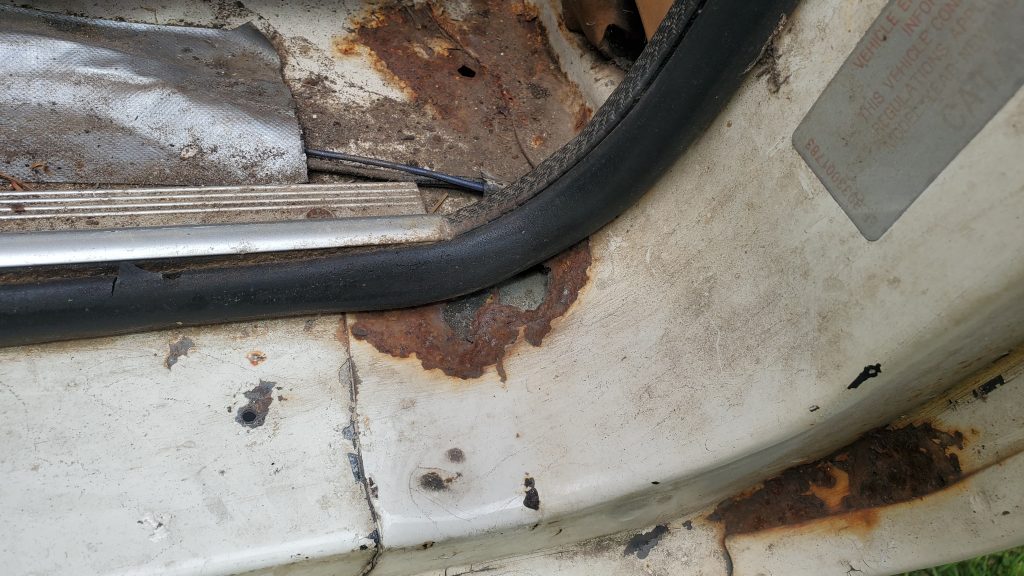 The bottoms of the doors also act as swimming pools until they create their own drains using Fe2O3 as a battering ram. Here’s my Jeep Cherokee Golden Eagle’s door, which is the same as the J10’s: 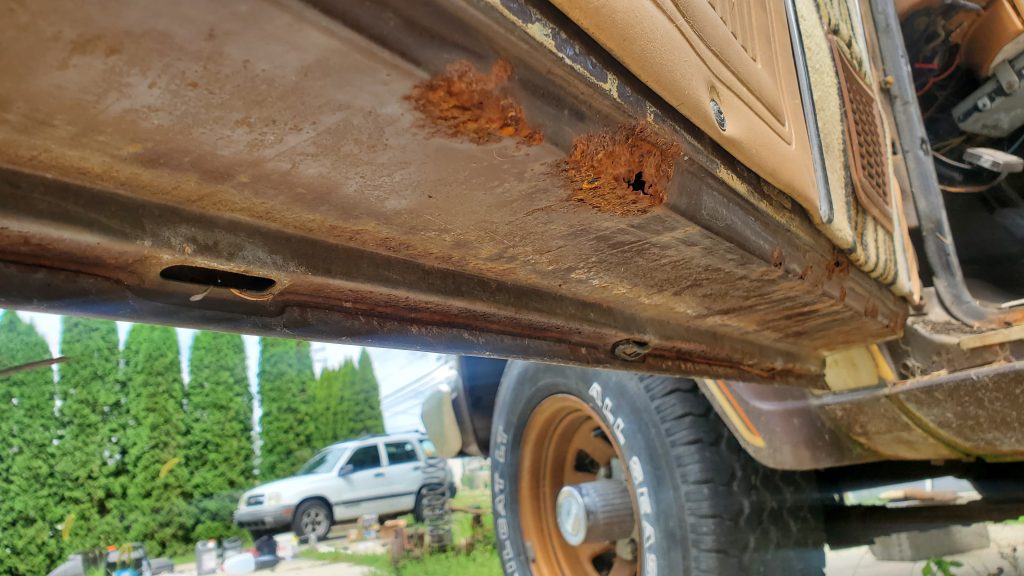 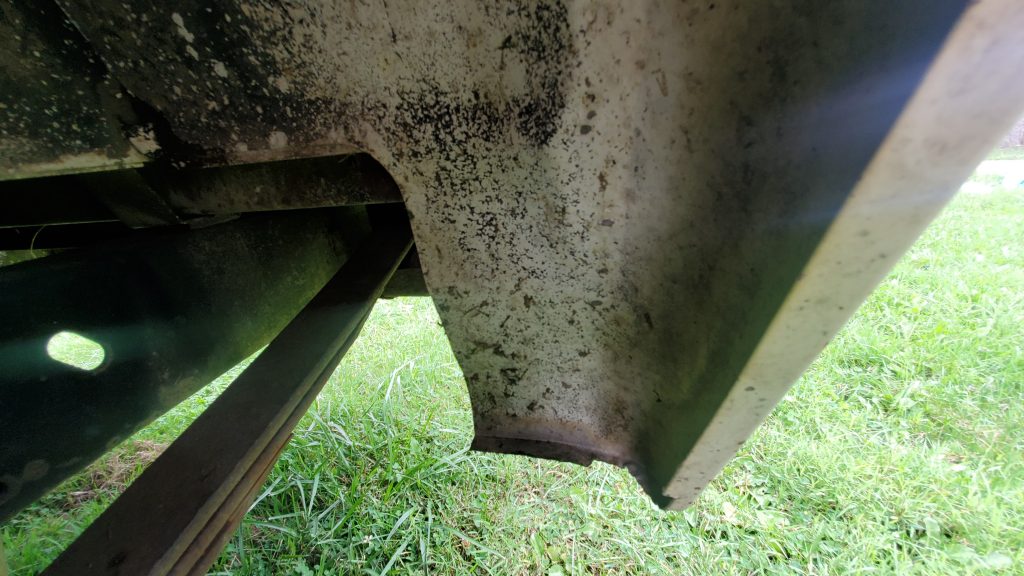 The Golden Eagle’s rear flare is a boxed-off section with a gigantic void that traps crud. 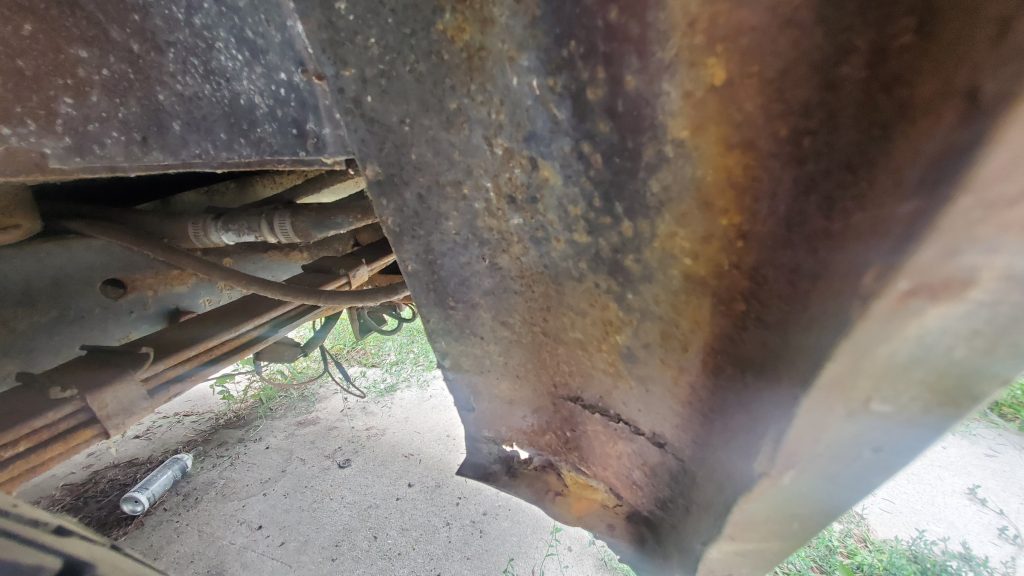 The result is that the J10’s flare looks like this: 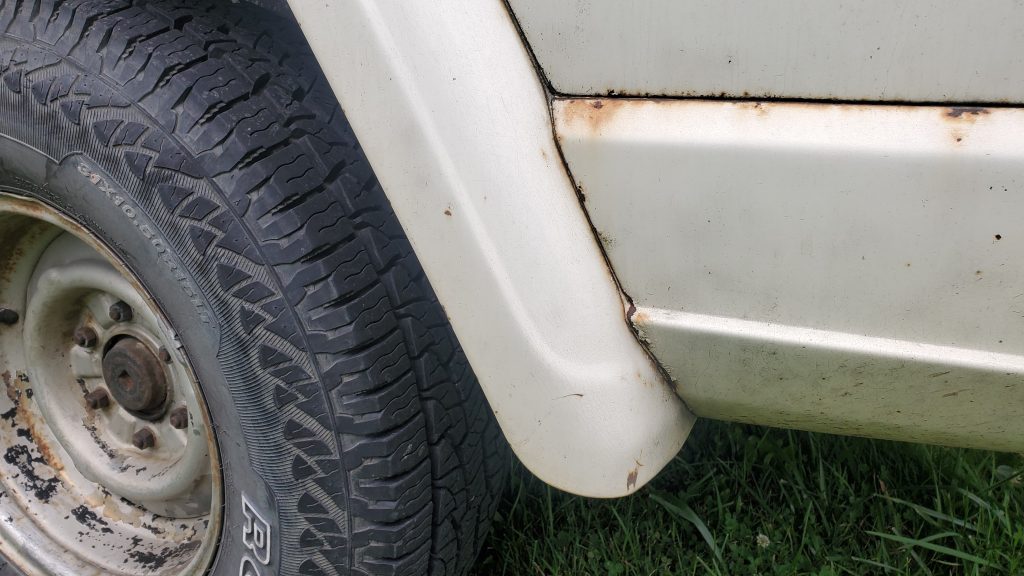 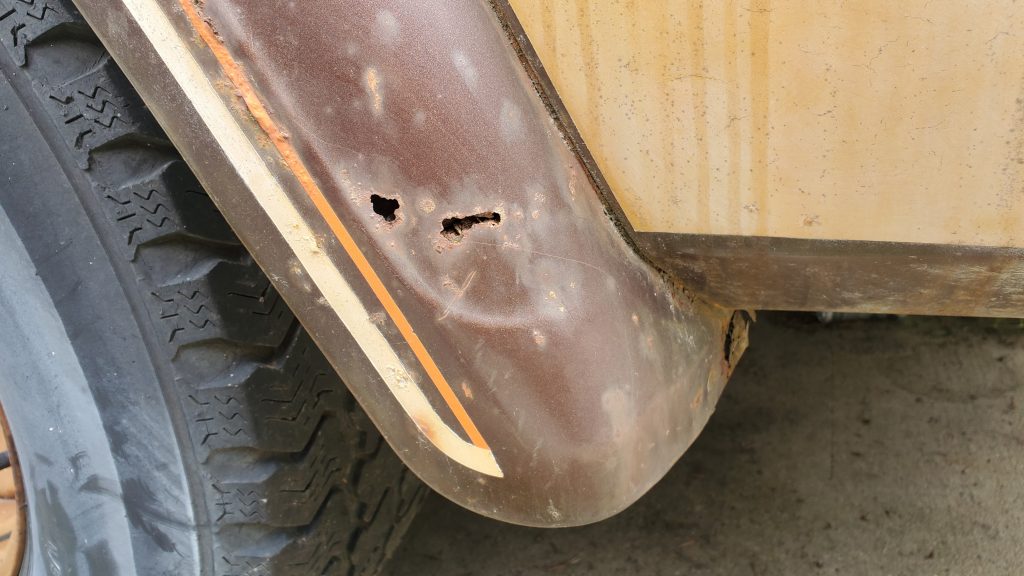 These vehicles want to return to earth. But I won’t let it happen. The J10 is my forever-truck.