Good morning, Autopians! It’s that time once again, and today we have two random oddball vehicles from opposite ends of the country. Why? Because I can. But first let’s see how our derelict ’50s yachts fared:

Looks like smooth sailing for our Packard Clipper to an easy win. The Olds might be a little easier to find parts for, but its eight cylinders are arranged the wrong way.

Today, there is no theme. No tie that binds. Once or twice a week, in the course of looking for vehicles to feature, I come across something that just doesn’t have an obvious mate, that doesn’t really match up with anything else. We’ve had a few odd pairings before, but nothing as mismatched as these two. They go together like chocolate sauce and iron filings, which is to say, not at all. [Editor’s Note: Pretty sure I’ve seen David eat that. – JT] But I think they’re both cool, so let’s dive in and see what we can make of them. 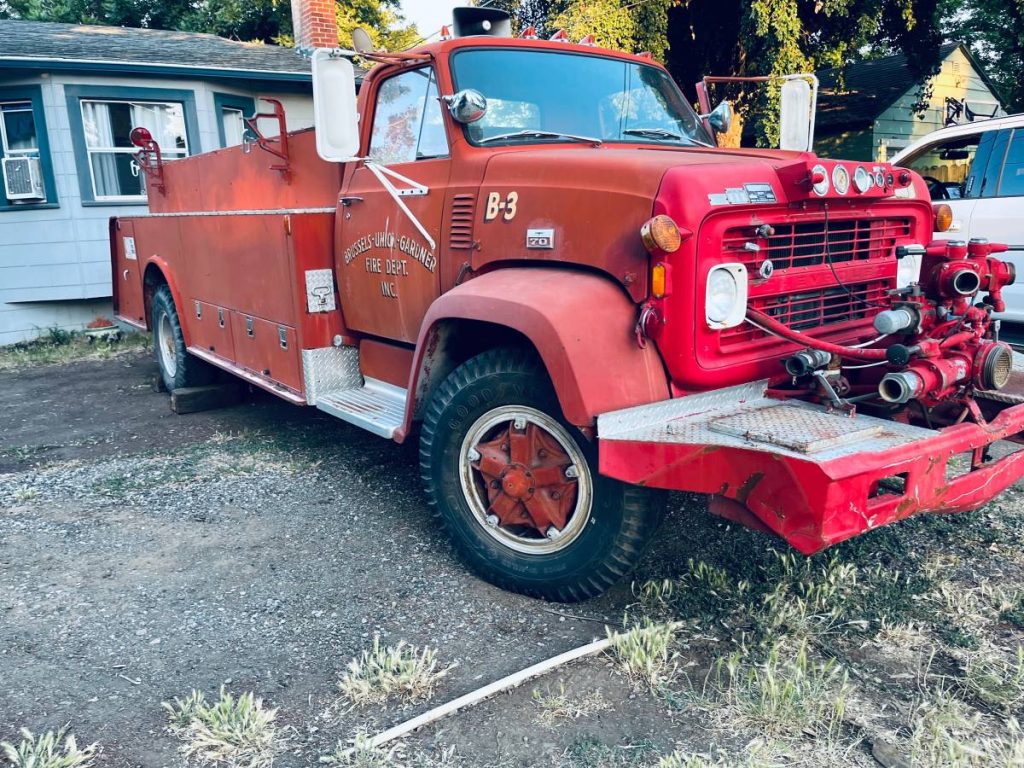 The third thing you need to know is that it’s really hard to find definitive specs on these older medium-duty trucks. As far as I can tell, this truck probably has either a 366 or 427 cubic inch gasoline V8 in it, and although the ad lists it as an automatic, there’s a manual gear lever clearly visible in the interior. It’s either a 4 or 5 speed, with a “granny” first gear either way, and possibly a 2 speed rear axle as well. 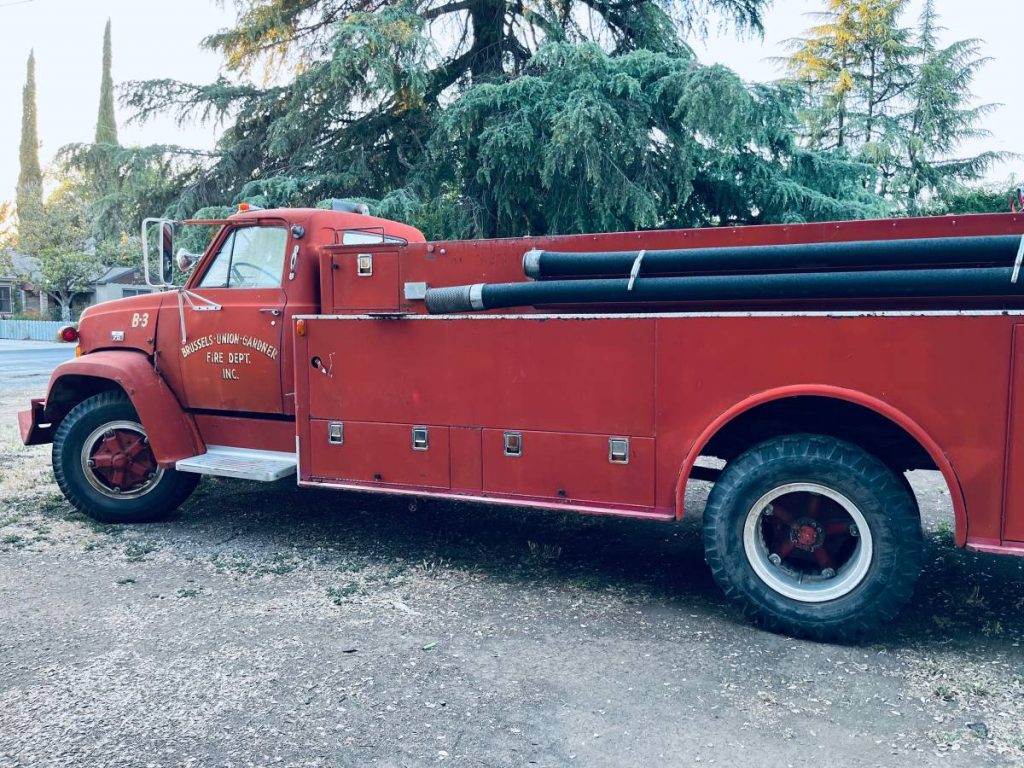 It’s a hell of a long way from home, I can tell you that: the Brussels-Union-Gardner Fire Department is in Door County in northeastern Wisconsin, and the truck is for sale in the San Francisco Bay area. How did it get there? Was it driven? Are a couple thousand miles of its scant 11,000 mile total from an epic cross-coutry journey somebody made in a decommissioned fire truck? (If so, I’m envious as hell, because that sounds like a lot of fun.) 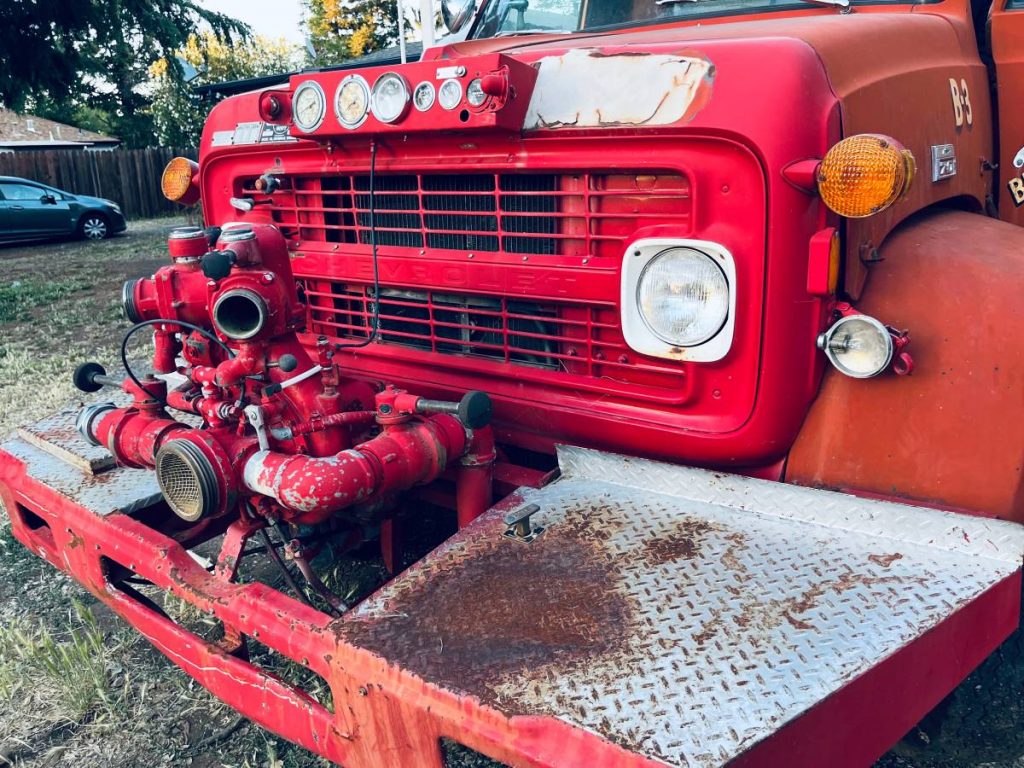 Sadly, this wonderful old relic does not run, and has no title. I’m sure there are ways of fixing both of those problems, but then what? You’ve got a kick-ass classic fire truck that you can’t really do anything with, and have to find someplace to park. Rent it out as a movie prop maybe? Drive it in the Fourth of July parade with Miss Small-Town Whatever waving from the back? Just sit and admire it and think, “I have a fire truck?” 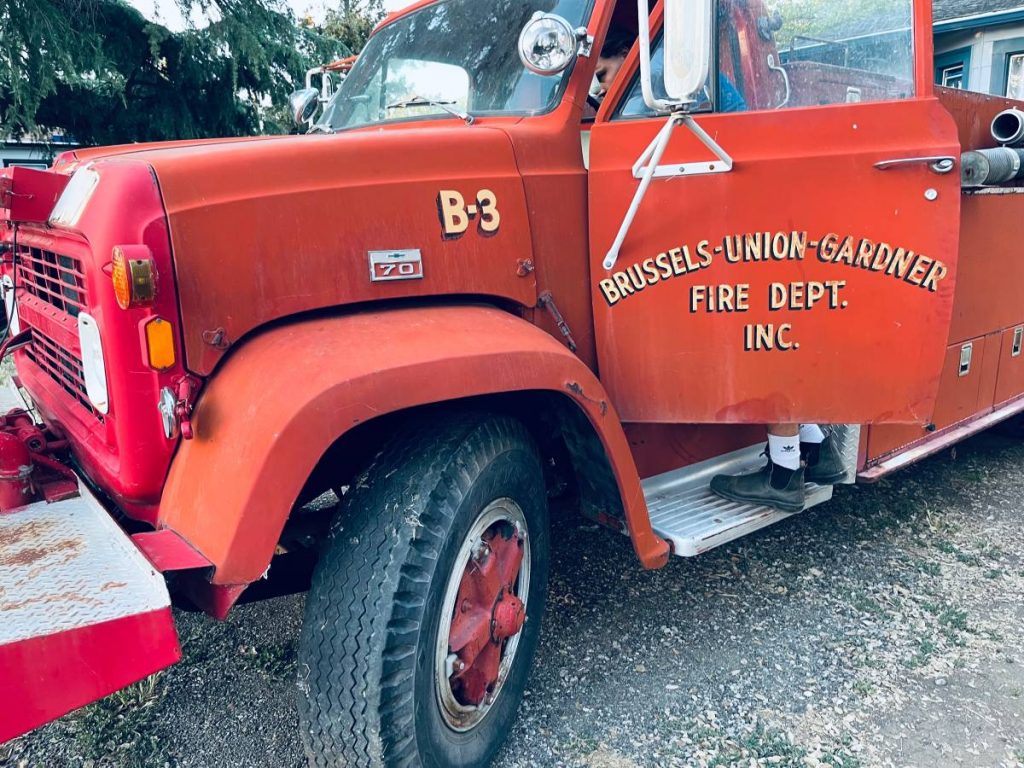 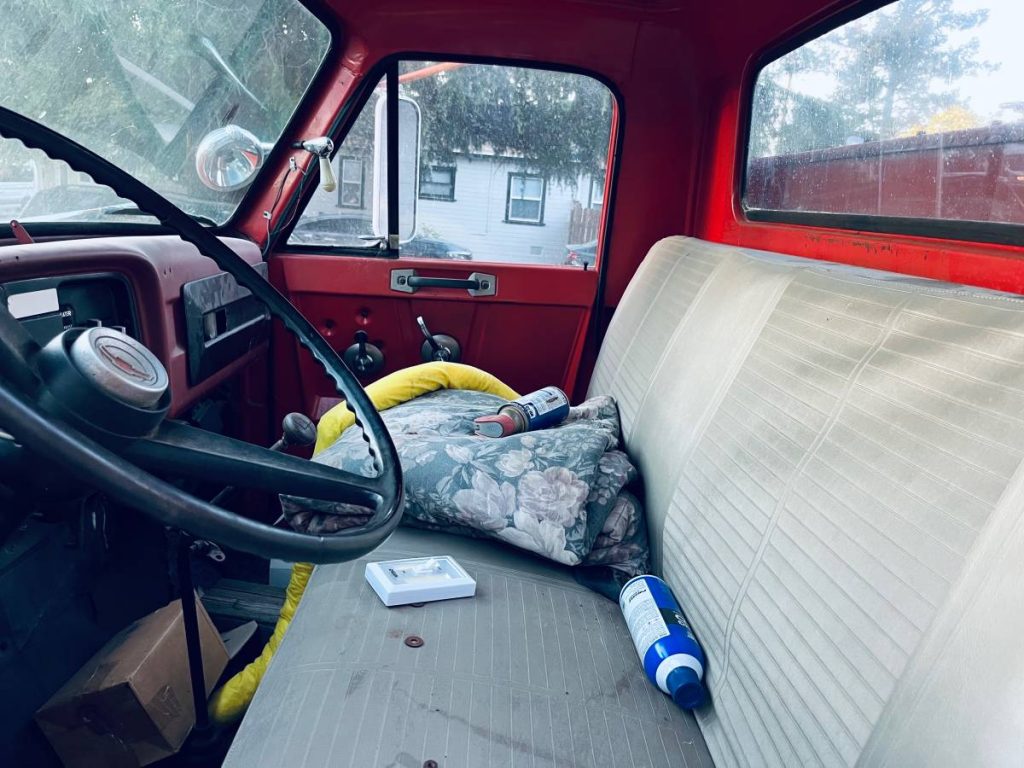 I wonder if the siren still works? 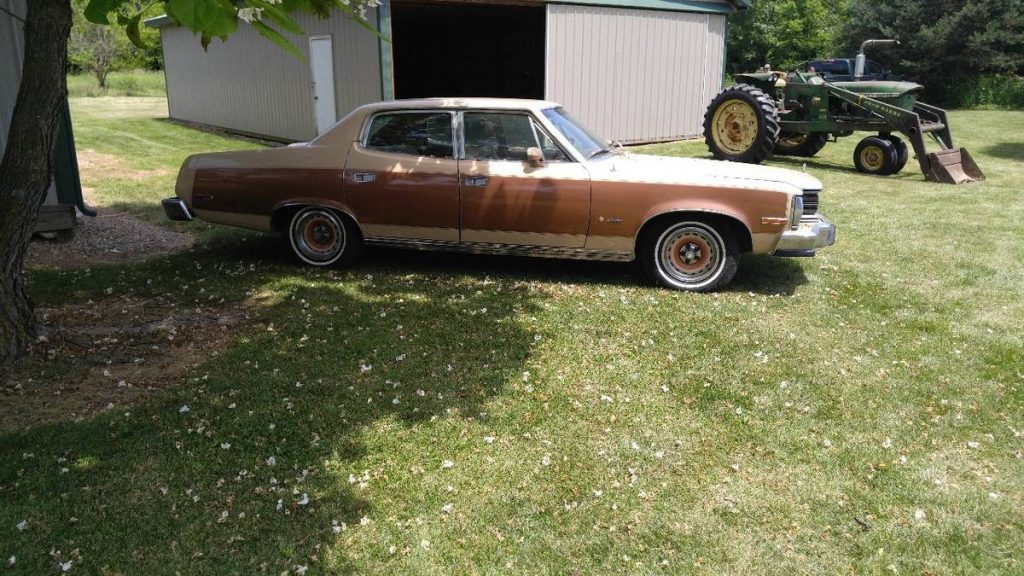 Just about as far away from Concord, California as you can get in the US, and jst about as far from an old fire truck as vehicles get, is this last-model-year AMC Matador sedan. It’s the “Barcelona” edition, which as far as I can tell has no connection to the Spanish seaside city. But then, I often wondered what the Spanish-speaking world thought of a car named “Matador” anyway. 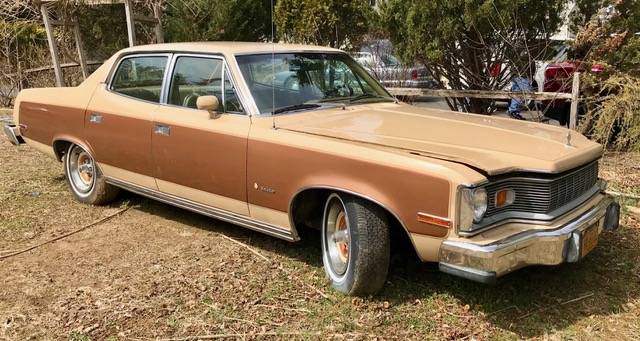 This weird, beaky, second-generation of the Matador sedan looked nothing like the sleek personal luxury coupe of the same name. Nicknamed the “coffin-nose,” this car’s honker puts W.C. Fields to shame. However funny-looking, the Matador did well in contemporary road tests and earned praise from the press. Quite a few of them found duty as police cars, and not just on TV. 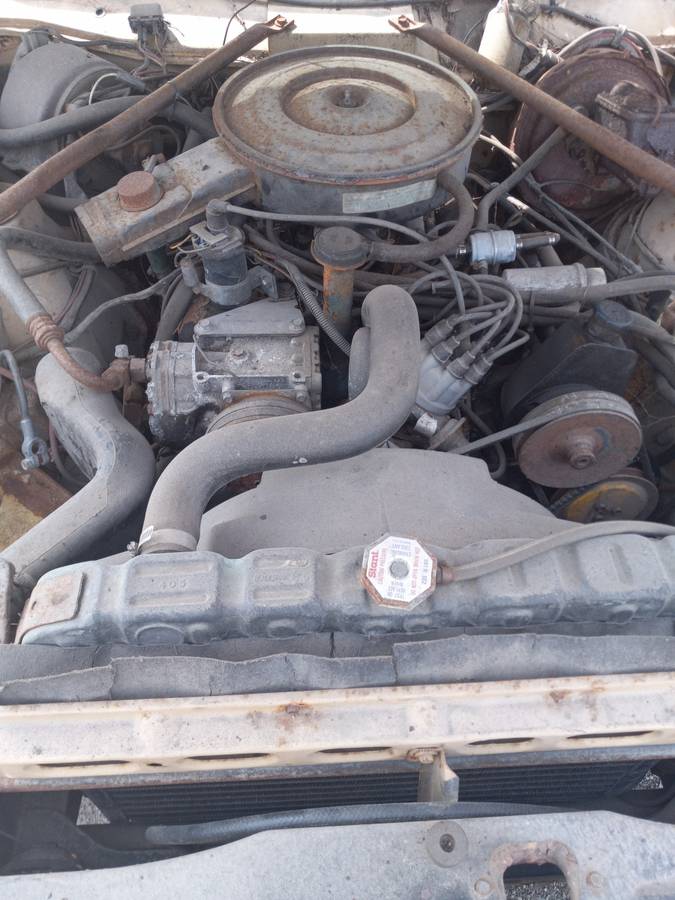 This Matador is equipped with David’s favorite engine, AMC’s 360 cubic inch V8. By 1978, emissions controls choked down much of the performance that made the early Matadors such effective police cars, but then, nothing was very fast in 1978. The engine is backed by a Chrysler Torqueflite automatic, marketed by AMC as the “Torque-Command.” Whatever you call it, it works.

Inside, where most of the “Barcelona” trim package resides, things look mighty comfy. There isn’t much rust showing on the outside of the body, but a few of the photos show pronounced holes in the floors and in the trunk. Something to check more closely, for sure. 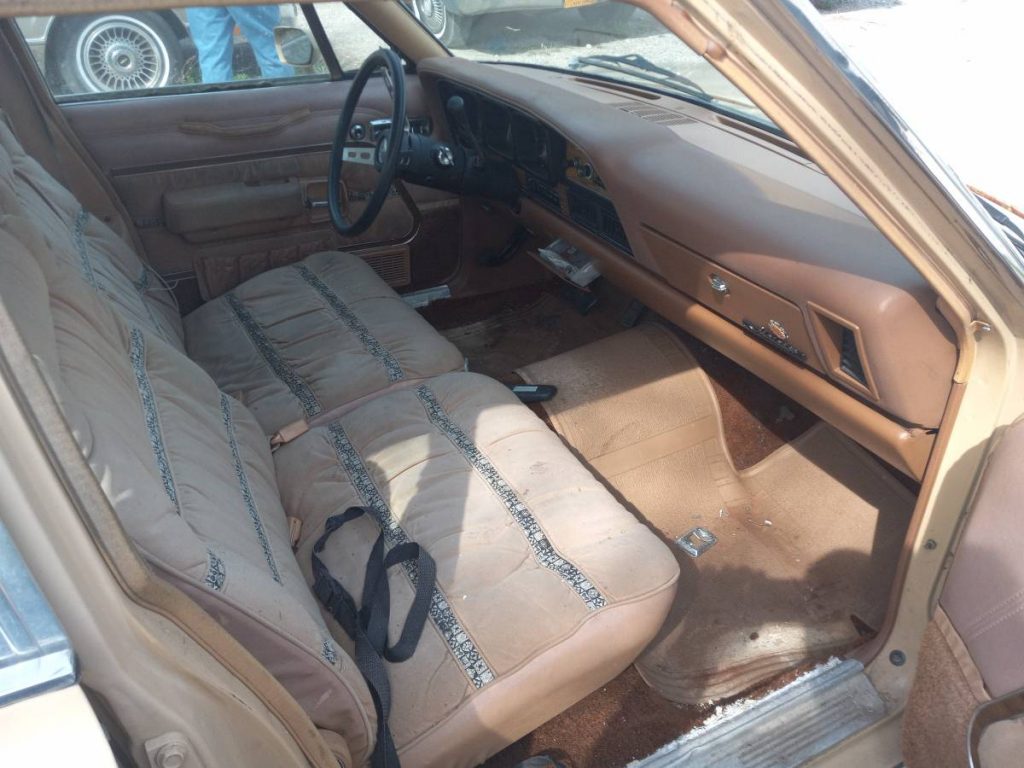 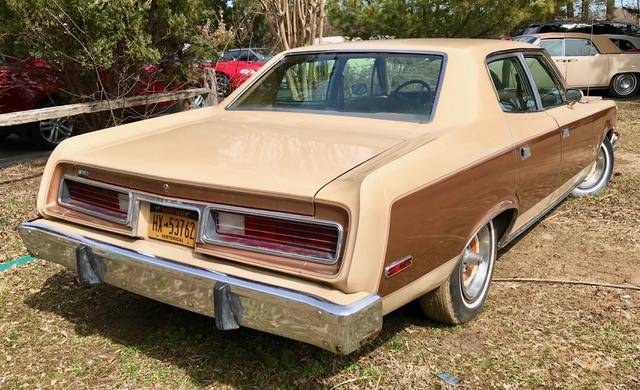 The funny thing about the Matador is that the longer you look at it, the less weird it seems. I’m not sure I’d call it a handsome car, exactly, but when you take a minute to study it, it starts to make sense. Kind of.

So. I don’t know how you begin to compare or contrast these two, but they’re what you’ve got to work with. Discuss, dissect, vote.