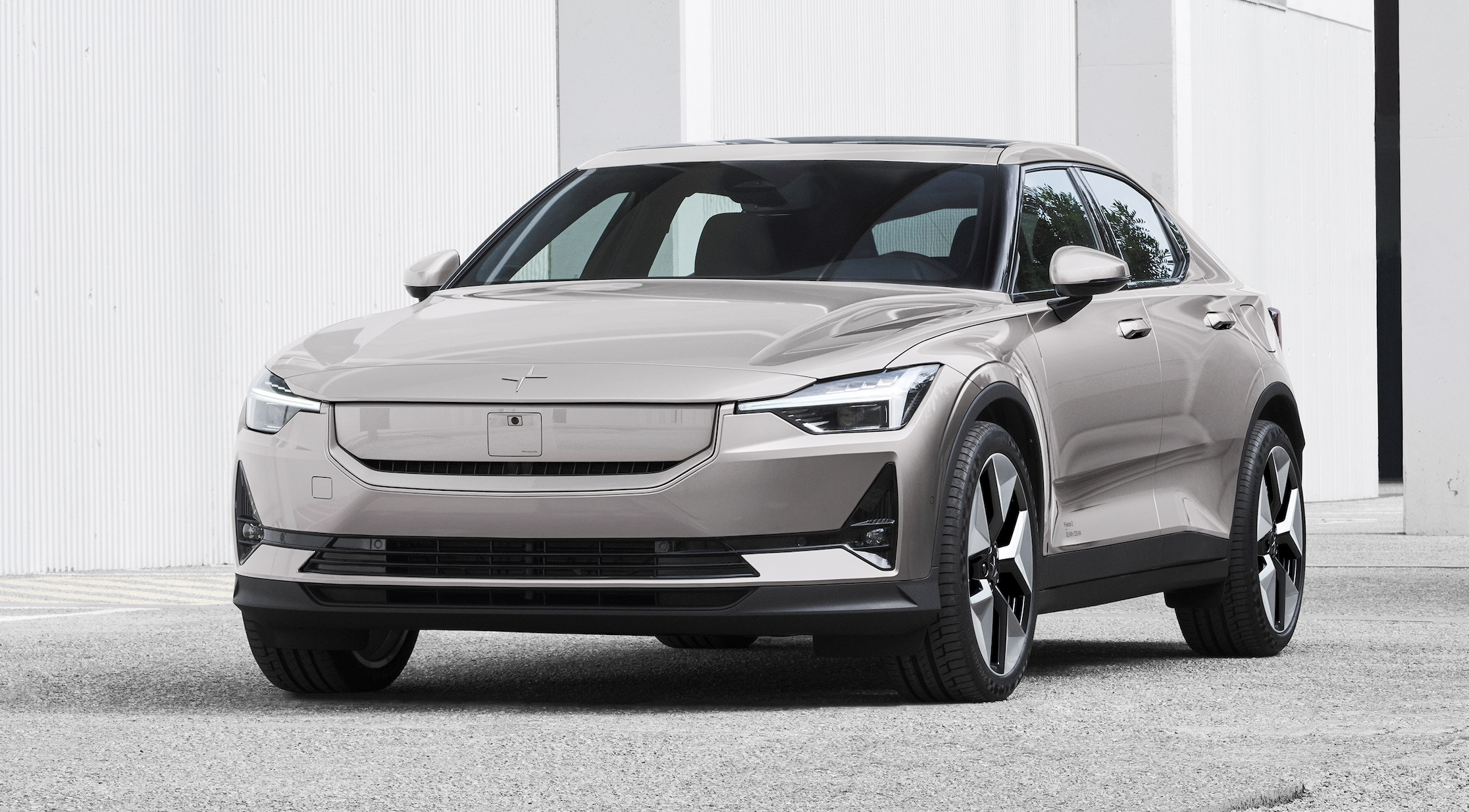 The Polestar 2 electric sedan — which competes with the Tesla Model 3 — has been out since 2019, and is now getting what the auto industry calls a “mid-cycle refresh.” As is typical for mid-cycle action (MCA), the Swedish EV gets revised exterior styling, more power, and various performance improvements, but in addition to those, the revision brings a change that I’ve never seen before in an MCA: a change from front-wheel drive to rear-wheel drive. This is extremely unusual, and possibly an industry-first for a mainstream car. Let’s talk about it.

First things first: Here’s a look at the outgoing Polestar 2: 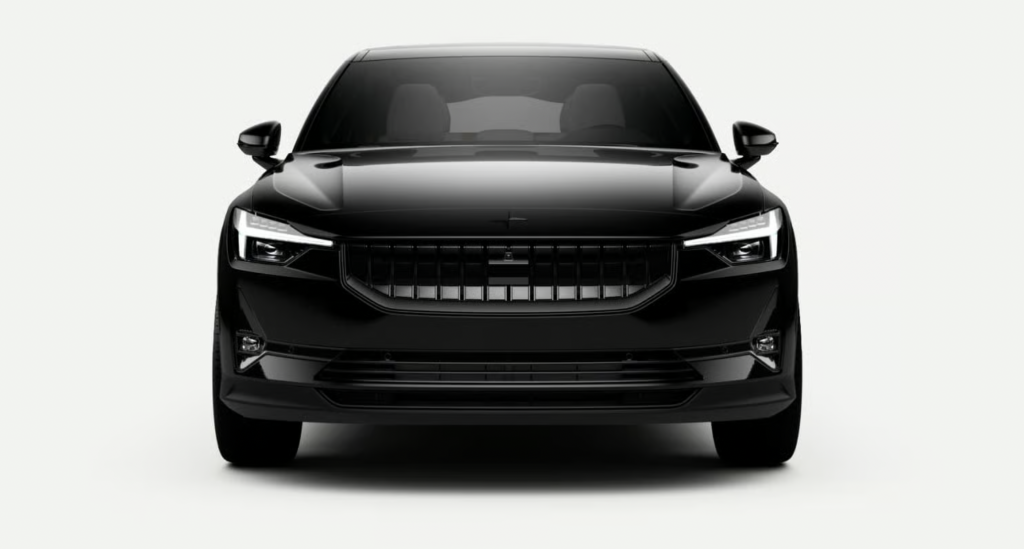 And here’s a look at the upcoming 2024, post-refresh model: 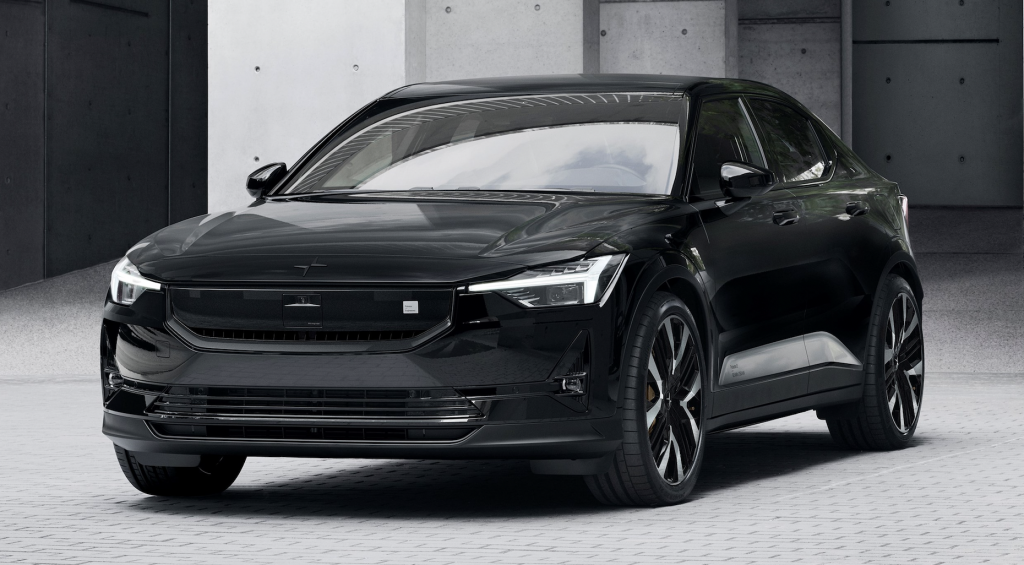 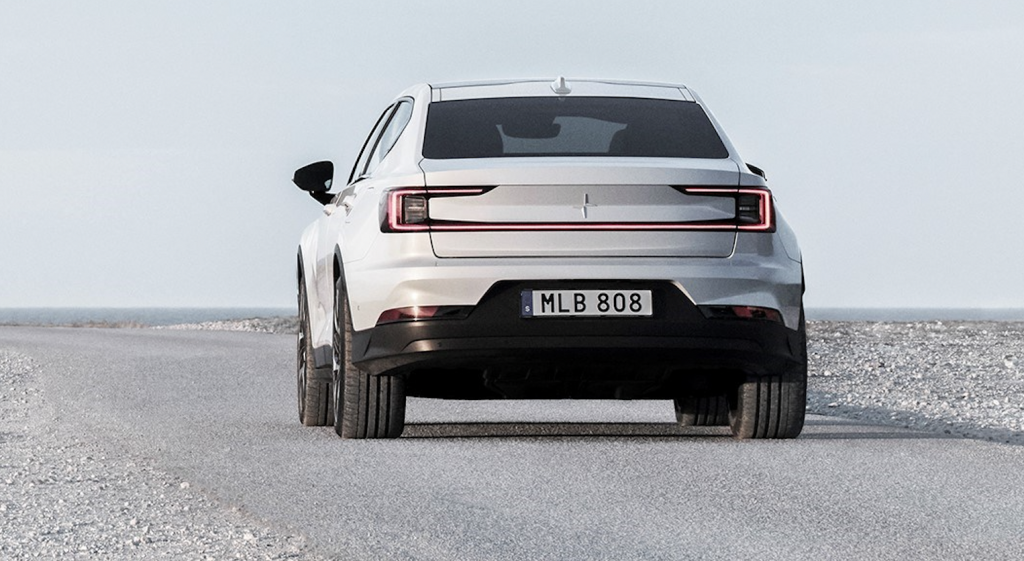 The rear end looks pretty much the same, but the nose does look quite a bit different, ditching the grille-like section between the headlights for a big panel that Polestar calls the “SmartZone.” From Polestar:

The SmartZone makes its debut on Polestar 2, signifying the shift from “breathing” through a front grille to “seeing” the road ahead reflecting the high-tech nature of Polestar vehicles. Like on Polestar 3, the SmartZone hosts some of the vehicle’s most important active safety features, including the front facing camera and mid-range radar.

Other changes include 205kW charging power (up from 150 kW) for a new 82kWh battery. Up until this point, the largest battery was a 78 kWh, which offered up to 270 miles of EPA-estimated range:

The 2024 Polestar 2 cranks things up a bit, with “preliminary” EPA range estimates hitting 300 miles, per Polestar:

You can see revised horsepower numbers for the 2024 model as well. The single motor car now makes up to 299 horsepower and 361 lb-ft of torque, while the dual motor offers 421 hp and 546 lb-ft of torque. The most powerful Polestar 2, the long range dual motor, makes up to 455 horsepower and 546 lb-ft of torque, with performance pack. The outgoing vehicle only made  231 horsepower  and 243 lb-ft in single motor guise; the outgoing dual motor offered just 408 horsepower and 467 lb-ft; and the outgoing dual motor with performance pack made…actually, it made even more power at 476 hp but much less torque at 502 lb-ft.
But the big change is the move from front-wheel drive on single-motor models to rear-wheel drive — something I’ve never seen before in a mid-cycle refresh. In addition, all-wheel drive models get a rear torque bias (of up to 100 percent rear-wheel drive!) for more exciting handling. From Polestar’s press release:

Next-generation electric motors and inverters are fitted to both Polestar 2 variants, offering increases in both efficiency and performance. The single-motor variant is now rear-wheel driven, powered by a newly developed permanent magnet motor and silicon carbide inverter. The new motor has a power output of 299 hp (increased from 231 hp) and is optimized for maximum efficiency and high torque (361 lb-ft, up from 243 lb-ft) to further increase the dynamic performance of the car. The 0-60 mph sprint time has been reduced by as much as 1.1 seconds, down to 5.9 seconds.

The dual-motor version now has a rear-drive bias that increases driving pleasure and performance thanks to a completely re-balanced drivetrain setup and torque-ratio. The new rear motor is the primary drive source, supported on the front axle by a new asynchronous motor. This enables higher total system output of 421 hp and 546 lb-ft (increased from the original 408 hp and 467 lb-ft), vastly improved traction, greater overall efficiency and higher performance – with 0-60 mph now achieved in 4.3 seconds. Supporting efficiency gains, the front motor can now be disengaged completely when not needed. When the driver wants more power, the front motor re-engages instantly and seamlessly.

Polestar’s press release continues with head of chassis development discussing the handling benefits of the change to rear-wheel drive:

“Changing from front- to rear-wheel drive in the single-motor variants, and re-calibrating the torque ratio in the dual-motor variant for an increased rear-wheel drive feel, elevates the Polestar 2 driving experience to a whole new level,” says Joakim Rydholm, Head of Chassis Development at Polestar. “The updated Polestar 2 is an even more playful and agile car, retaining its compactness and complete sense of control, while at the same time becoming more mature with added comfort.”

Changing the driven wheels on a car with an internal combustion engine is difficult, since ICEs need to send their torque through a rather large transmission. There are some instances where a single model has switched from front engine, front-wheel drive to rear engine, rear-wheel drive (see Renault Twingo), but this requires a major chassis change so drastic it would never happen on the same generation of car. This is a bit of an aside, but here’s a look at the front engine, front-wheel drive Renault Twingo II. The big void up front is for the engine, while the rear clearly only has room for cargo 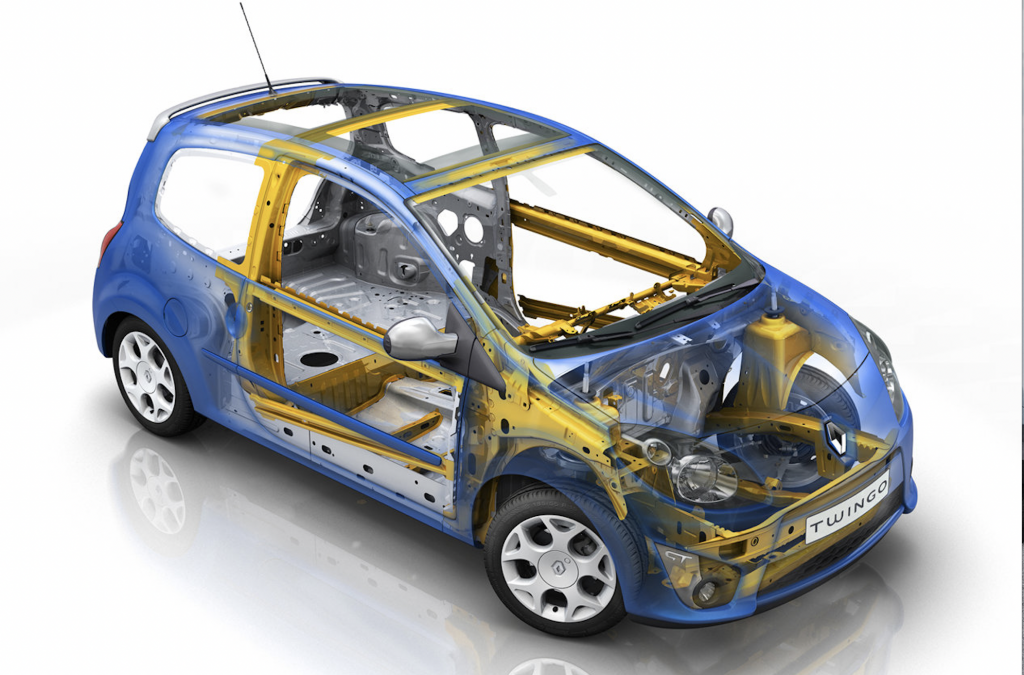 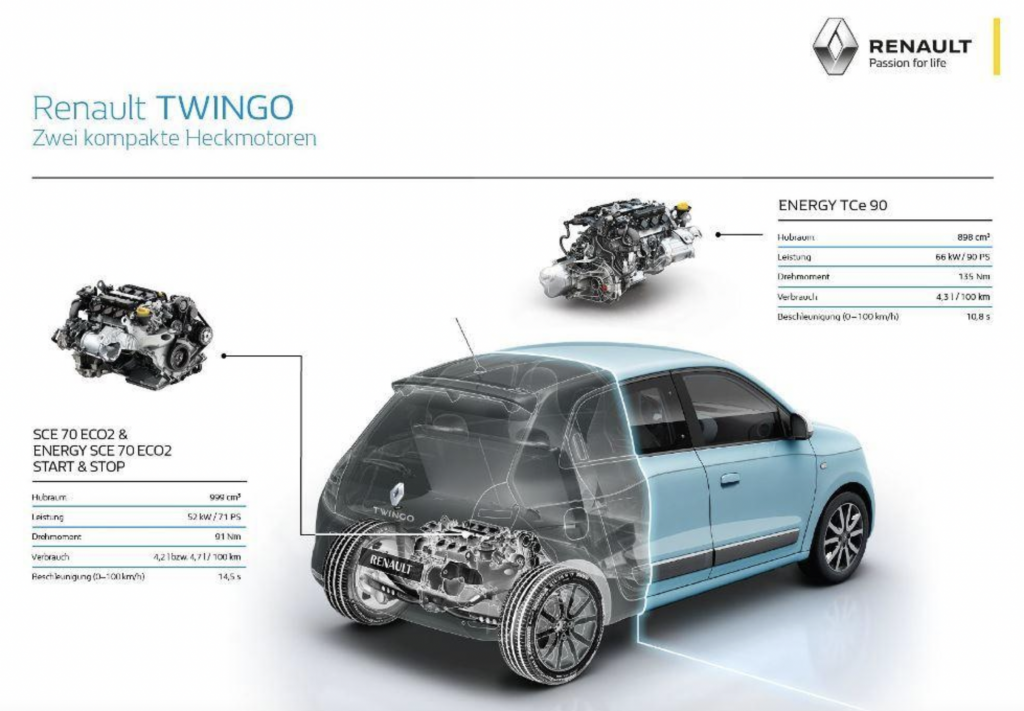 You now need big cooling lines from that rear engine to the front of the car, you now need space at the rear for that transmission and big engine, the exhaust no longer needs the big tunnel, etc.
It’s probably be more appropriate to compare an all-wheel drive/four-wheel drive ICE car that offers a two-wheel drive variant, but I can’t think of one that has changed which wheels the two-wheel drive versions drive. Typically an all-wheel drive car has a “primary” set of wheels, usually based on the orientation of the gasoline engine; a transverse-engine car would primarily power the fronts, and a “north-south” engine would primarily power the rears. These primary wheels are the ones that would be powered in two-wheel drive guise. Changing which one is primary usually involves a major drivetrain change.
Electric cars don’t have to deal with this complexity, since the front and rear drivetrains are entirely mechanically independent. If you want to make your all-wheel drive car rear-wheel drive, just remove the front motor. If you want to make your all-wheel drive car front-wheel drive, just remove the rear motor. Obviously, it’s more complex than that from a development standpoint, particularly when it comes to suspension and steering behavior, which is highly dependent upon which wheels are driven, but at least relatively speaking, changing from front-wheel drive to all-wheel drive is fairly straightforward on an EV with provisions for a motor on each axle, as major changes to the driveline (driveshafts, transmission, etc) as well as to the packaging environment are just not necessary.
Share on facebook
Facebook
Share on whatsapp
WhatsApp
Share on twitter
Twitter
Share on linkedin
LinkedIn
Share on reddit
Reddit

Rust-loving Jeep man, cofounder and EIC of The Autopian, Jason's friend. Email: david@autopian.com
Read All My Posts »
PrevPreviousYou Got To Know When To Hold ‘Em, Know When To Fold ‘Em: Comment Of The Yesterday
NextChildren Of Fury: Cold StartNext