It’s great to know that buyers typically don’t choose cars based upon the badges that are displayed on it. Generally speaking, automotive consumers look at the specific merits of a car regardless of the perceived status of the brand that makes it. It’s offensive to even imagine that they would be so superficial in their thinking.

Car buyers are often obsessed with the status associated with the make of a car, and sad number of buyers purchase cars based on brand alone. In fact, it is amazing to see how many really good to great cars get overlooked because of the fact that they are badged as a brand that is too commonly associated with more proletarian cars or with buyers that are just not cool enough for the potential consumer. There is absolutely nothing wrong with these cars that a few minor design changes and sticking on a few logos of a higher end brand wouldn’t cure; the basic car would stay exactly the same yet it would sell far better.

Would such changes have improved the chances of any overlooked rides over the years? I’m not suggesting some magic where, say, a Kia Stinger can become an Audi and gain the love of buyers. I am referring simply to cars within corporations where they could easily have rebranded these market failures as more compatible sister brands or a captive import make.

Let’s try this theory out by Photosloppy sketching on a few decent cars that died in the marketplace but could have been easily rebranded by their parent companies as worthy additions to their other brands and see what you think.

The Scorpio was the flagship sedan of Ford of Europe in the late eighties, and the Blue Oval rightly decided that it might have a place in the American market. A rear drive layout with a hatchback that didn’t really look like a hatchback, it was a valid and versatile German sports sedan at a reasonable price. The trouble was the US division realized that a near-BMW-priced BMW competitor couldn’t show up in the same showroom as a Ford Escort Pony. 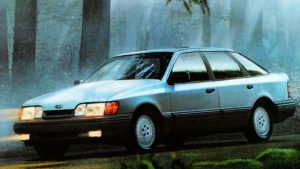 Ford’s solution was to make a new brand with the how-do-you-pronounce-it name of Merkur (German for ‘Mercury’) to be sold in Lincoln-Mercury dealers. The car (along with its XR4Ti stablemate) tanked in the market with buyers not sure of what the hell it was.

So why didn’t they just brand it as a more upscale Lincoln, say call it a Lincoln Mark I LSS (Luxury Sport Sedan)? My guess is that marketing thought that yuppie buyers would shy away from something with the badge of an ‘old person’s’ car on it, and they might have, but then these target buyers totally avoided anything with the weird ‘Merkur’ badge anyway. Plus, some of those ‘old people’ in the traditional Lincoln crowd might have been tempted to buy the Mark I (instead of the Taurus-based Continental) from an ‘American’ car dealer. In general, it certainly wouldn’t have hurt. 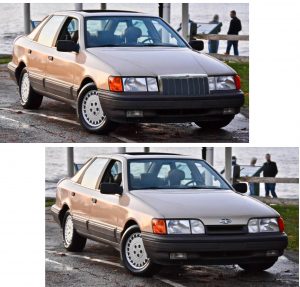 source: Cars & Bids and The Bishop

Oddly enough, Ford had considered something like this before with the Scorpio’s predecessor (but went with a dolled-up Ford Maverick instead). Feast your eyes on the original concept for a Lincoln Mark I, based on the new-for-1972 European Ford Granada. A tasteful Bentley or Daimler style grille might have worked nicely, but of course they just scaled down the Continental grille and went full-on Superfly pimptastic on the nose and added the US-required round sealed beams:

For the Scorpio Mark I, using a modern toned-down Lincoln grille replacing the large-mouth-bass face of the Scorpio doesn’t look too bad on the thing, just as it didn’t on Lincoln’s Mark VII LSC (first car with composite headlights in the US) you see below:

Could the chrome nose have made the difference? Are buyers really that shallow? I think you know the answer to that question.

There had long been an untapped market for a small Jaguar ever since the cool Mark II saloon went away in the late sixties and the XJ6 became the only sedan offered. It’s not like Jaguar had resources to offer a mid sized or small sedan anyway, but with Ford’s acquisition of the brand in the nineties they had the ability to rebrand or rebadge existing Fords (or Mazdas) as Coventry cats. Ultimately, they released rebodied Lincolns (S Type) and even Ford Mondeos (X Type) which received lukewarm reception at best. Sadly, there was a car in the years before that was under the big Ford umbrella that deserved better than it got, and could likely have done better for Jaguar. 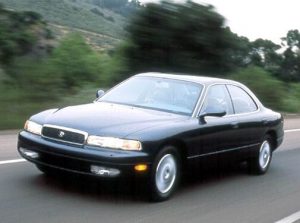 The Mazda 929 was a ‘large’ sedan sold by Mazda, and in 1992 the ultra-boxy predecessor was replaced by a shockingly lovely looking new version. However, releasing a fancy sedan with a badge associated with sports cars like the Miata and little economy sedans is a recipe for disaster. Still, since Mazda was related to Ford at the time, and the Jaguar acquisition under way, could things have been different?

With a sculptural looking leather lined interior, this rear drive, six cylinder powered car bridged the line between sports sedan and luxury car, which was something that nobody seemed to do at the time, or could sell…except maybe Jaguar.  Also, the 929 was a bit cramped inside and had a few other quirks as well, but that’s just ‘character’ with the Jaguar badge. These Mazdas are essentially extinct now, and I had forgotten how pretty they really were. 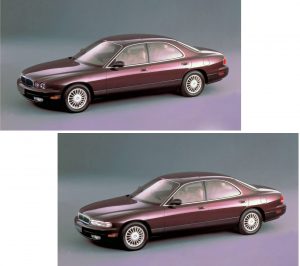 sources: Japanese Nostalgia Car and Hagerty and The Bishop

Sacrilege? Maybe, but as a mini-Jaguar, I don’t think it would have been a discredit to the name; at least not any more so than the Ford pretenders that came later. If nothing else, it would have been more reliable than any of them.

Volkswagen boss Ferdinand Piech was supposedly an intense taskmaster that got what he wanted, even if what he wanted was a car that, among its other things, had to be capable of being driven all day at 186 mph with an exterior temperature of 122 °F whilst maintaining the interior temperature at 72 °F (my guess is that you would have been stopping for gas a LOT if driving in such a manner).

Piech’s staff pretty much succeeded in getting him the car that he desired, which he promptly took and placed on the badge of a brand of cars associated with Golfs and Beetles. That’s right- this six figure uber-sedan was sold on the showroom floor with sub-$20,000 cars, though ‘sold’ is a relative term. It is more accurate to say that the Phaeton kept the showroom floor from blowing away. 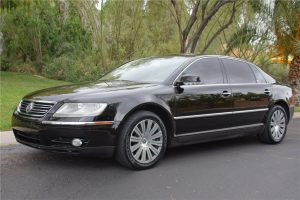 Still, this highly impressive sedan seems like it would have made a decent offering for VW’s excellence-was-expected brand of Porsche. Renamed the Stuttgart with a new nose and maybe a ‘coupe’ style hatchback roofline. We can modify the flanks with a softer profile and rocker trim like the Cayenne. 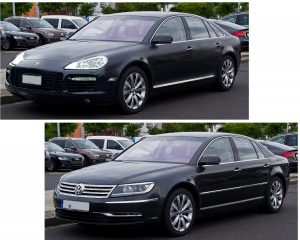 source: BBC  and The Bishop

In back, 968-style taillights would replace the big-Jetta light clusters but we’d still keep it pretty conservative. I’m showing it as a subtle fastback hatch-equipped format, but a notchback version could have been offered.

source: Edmunds and The Bishop

This car would have predated or even replaced the ‘somebody-stepped-on-my-Carrera’ Panamera. Actually, it could even have been sold alongside the Panamera, considering that the Stuttgart would have been a more of a traditional large sedan/hatchback to compete with the 7 series/S Class, and the Panamera was (and still is) really just a stretched 928-style GT car with limited passenger and cargo space, despite being as long and wide as the Phaeton. Damn, these old Panameras look like Photoshop comps now: 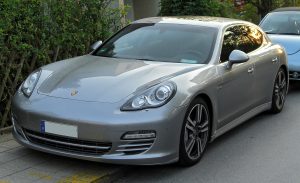 Porsche would likely have offered a Turbo S model of the Stuttgart that might have been a second faster to sixty but also had an elephant skin leather shift knob and a sticker price as much as three ‘base’ model Stuttgarts. I’m kidding. No, I’m not.

If we accepted a rebadged and tweaked Touareg, couldn’t we have accepted a more upright Porsche sedan?

The world’s nicest house would be worthless in the wrong neighborhood, and sadly it seems that same is true with brand-conscious car buyers. Are there any other examples you can think of that really deserved better than what they got, within their own corporate family?

Read All My Posts »
PrevPreviousMagnus Walker Explains His Philosophy For Buying And Modifying Cars – The Autopian Podcast
NextHoly Grails: The First-Generation Chevy Cruze Is Arguably One Of GM’s Most Important CarsNext