From 50 yards, the Scalar Performance SCR1 just looks like another modified Toyota GR86. From the big APR GTC-200 wing to the Enkei T6R wheels, it seems like it went straight from the showroom floor to your local time attack series. However, things change dramatically when you get a bit closer. This small outfit from Toronto has built a fully-electric road racing car out of Toyota’s most affordable trackday platform. 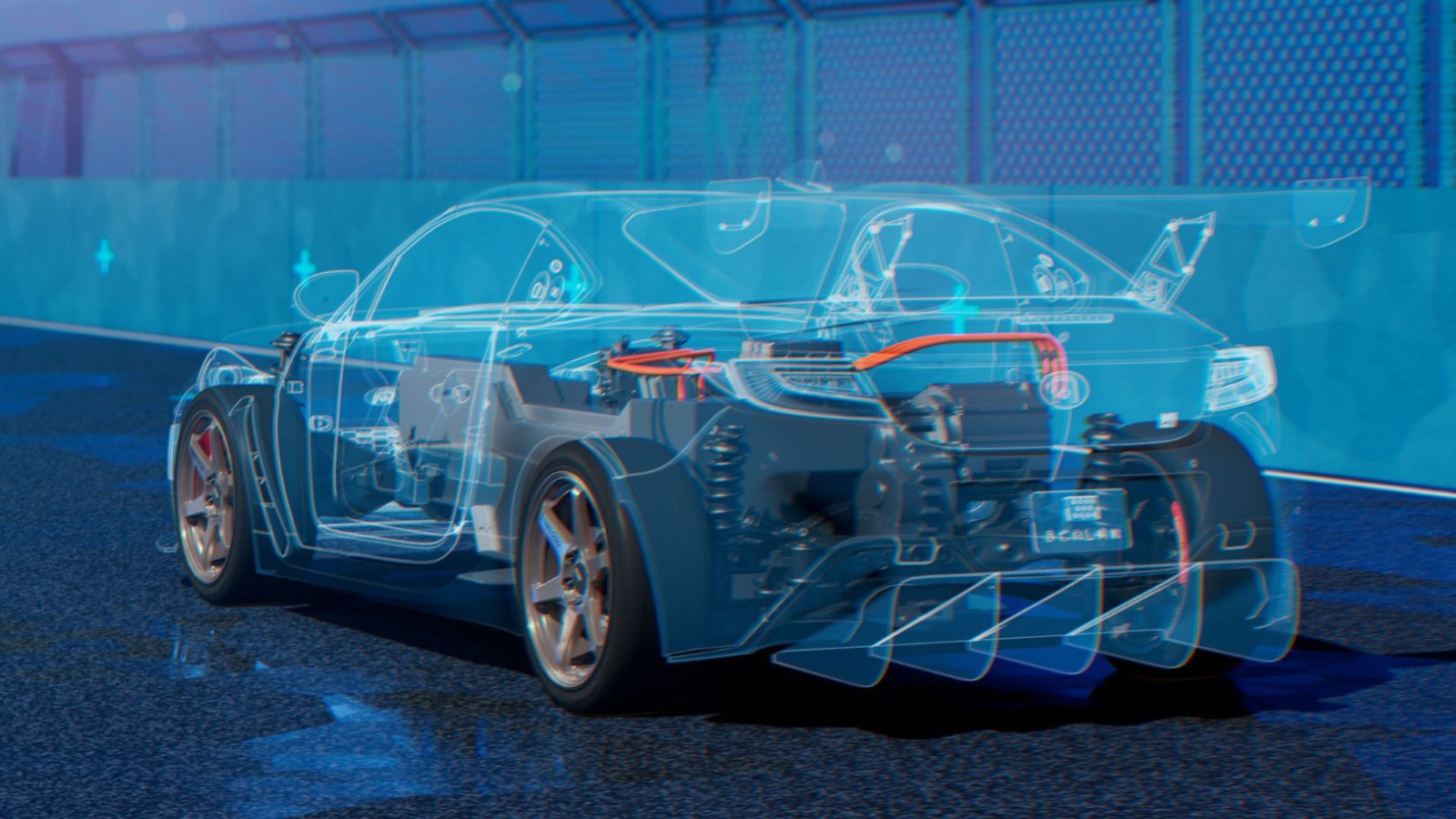 Let’s start with the high-voltage bits. In contrast to the litany of Tesla-swapped builds out there, the battery pack is a 65 kWh unit made by Hypercraft specifically for the SCR1. In combination with a 245 kW electric motor and regenerative braking, Scalar Performance says that its EV will last 45 minutes at full race pace on a single charge. To help accomplish this feat, the batteries are cooled by water while the motor uses dry-sump oil cooling, not entirely dissimilar to how 993 Porsches kept cool. What’s really strange is how the battery pack is essentially a long brick that runs through the firewall. It’s not something you’d see on production EVs but it’s great for keeping the driver sitting low in the car. 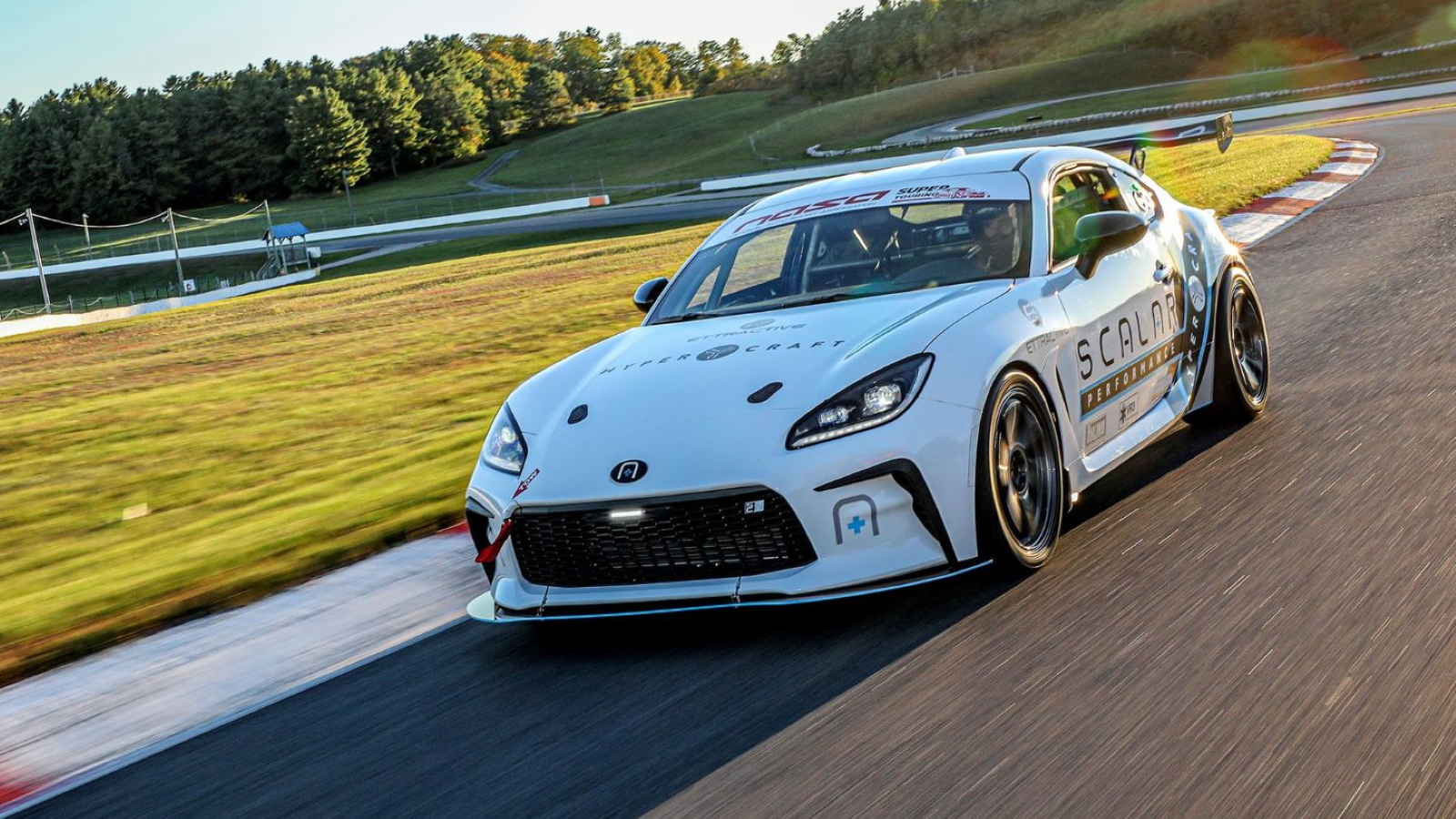 While much heavier than a standard GR86, the Scalar Performance SCR1 is much lighter than you’d think. Curb weight clocks in at 3,040 pounds which is lighter than a new Volkswagen GTI. Not bad for something with a 65 kWh battery pack. Once the charge in that 65 kWh pack is depleted, plug the SCR1 into a DC fast charger, and you’ll be ready to go again in as little as 20 minutes. Alternatively, since most tracks don’t have on-site fast charging, the SCR1 will happily accept a Level 2 charge from a generator.

Perhaps best of all, the Scalar Performance SCR1 isn’t just some one-off prototype. You’ll be able to buy one of these neat GR86-based race cars to compete in, and it’s a properly turn-key affair. Standard equipment includes an eight-point cage, a Sparco EVO seat with a six-point FIA-certified Safecraft harness, Öhlins dual-flow valve dampers, and Wilwood brakes that can accommodate a wide selection of track pads. Telemetry and data acquisition is built-in, and the first ten made will get direct support from Scalar Performance’s engineering team. As any racer will tell you, data is an incredibly effective way to win. 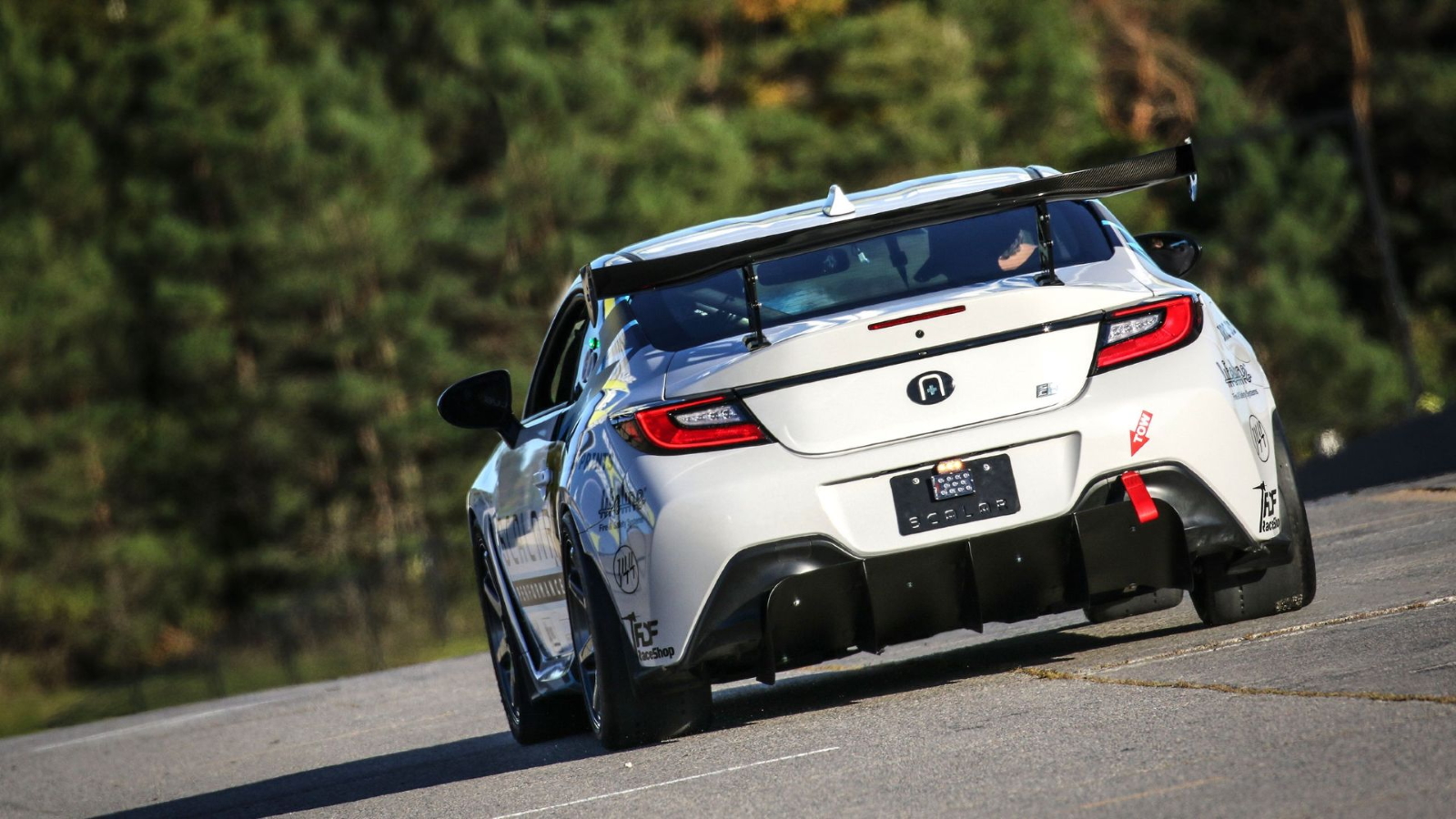 As for where you could race the SCR1, you have at least one option. NASA (the race guys, not the space guys) has approved the SCR1 for its Super Touring series, so wheel-to-wheel competition is out there. In addition, the SCR1 seems to fit the criteria for the SCCA’s Unlimited 2 time trials class, so wheel-to-wheel isn’t the only way to compete. Of course, you can also run the SCR1 at track days, but a dedicated race car deserves to be raced. Pricing for the SCR1 hasn’t been announced, although given its nature, I wouldn’t expect it to be cheap. However, pioneering rarely comes cheap. Aside from a few builds based on Teslas, there isn’t much out there for electric race cars run by amateur teams, and those one-off builds each need tons of workshop and fabrication time, then need to go through individual approval. The SCR1 is already built, ready to race, and certainly a leap into the future. Isn’t it crazy how we’ve gone from the first Formula E race to an electric touring car for amateurs in less than a decade?

All photos courtesy of Scalar Performance

Thomas is a Nu Rave-blaring, heel-toe downshifting, maple syrup-swilling, chassis-geeking, junkyard parts-hauling, floppy-haired scenester who's been writing about cars since college. His current ride is a 2006 BMW 325i with the six-speed manual gearbox. Instagram: @thomas.hundal Twitter: @thomashundal
Read All My Posts »
PrevPreviousThe Oldest Toilet In Japan Was Crashed Into By A Really Cool Car You Should Know About
NextMagnus Walker Explains His Philosophy For Buying And Modifying Cars – The Autopian PodcastNext