Look, I know why you’re here. You’re here for the same reason all of us are here: a shared love of interesting cars and really, really old toilets. So, when those two interests collide, and in this case I mean that quite literally, because the oldest toilet in Japan, located at the Tofujuki Temple in Kyoto, was smashed into when a conservation worker, a person whose job included taking care of the Oldest Toilet in Japan, accidentally backed his car into the toilet’s doors, smashing them. And the car the worker was driving? A fantastic and strange Toyota known as the Will Vi. 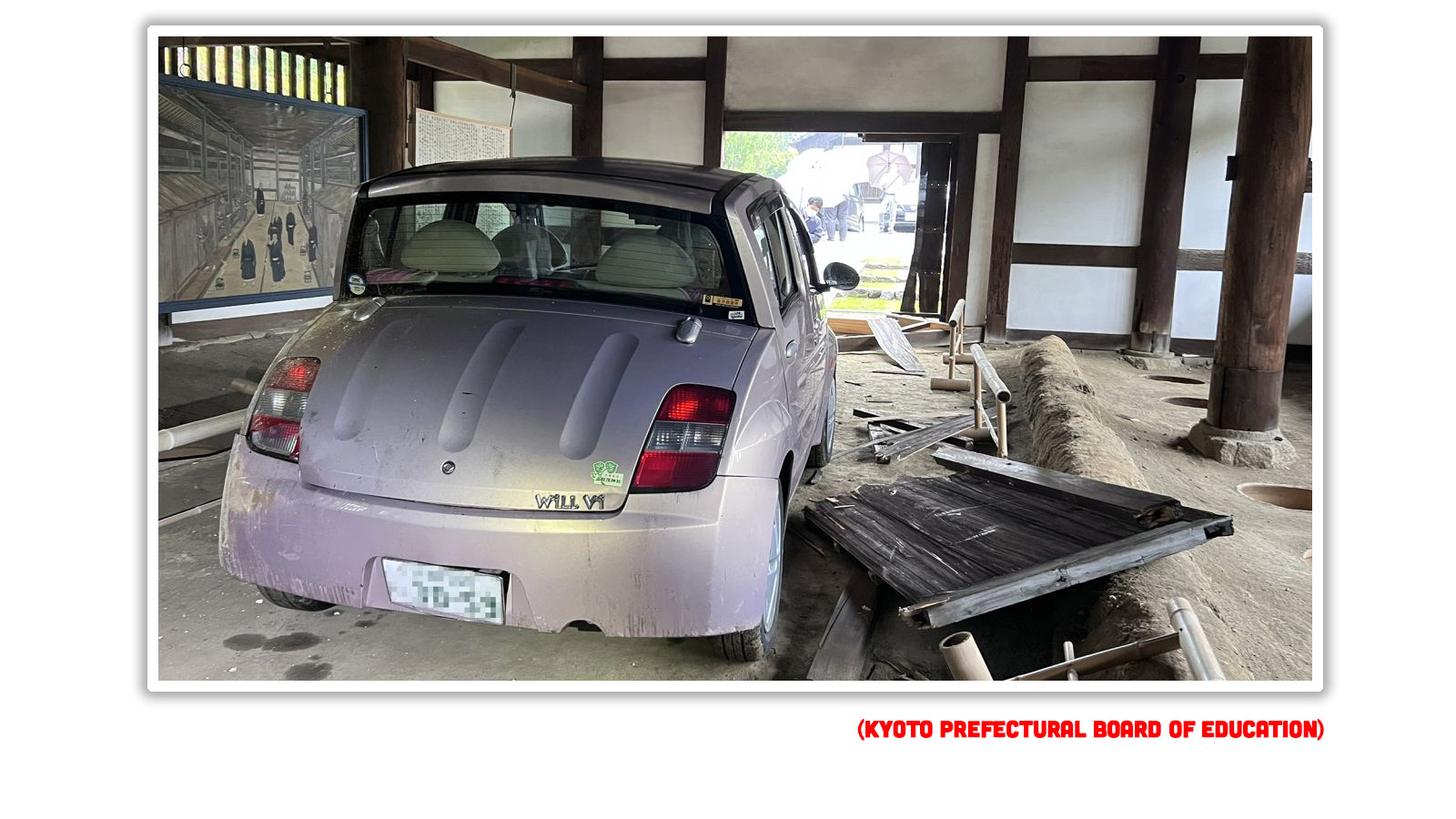 The toilet in question, also known as a tōsu to the Zen monks that would have used it in the temple, dates back to somewhere in Japan’s early Muromachi period, from 1333 to 1568. This toilet is estimated to have been built between 1333 and 1392. It looks like the crash happened in October, but, you know, my ancient toilet sources are slow. 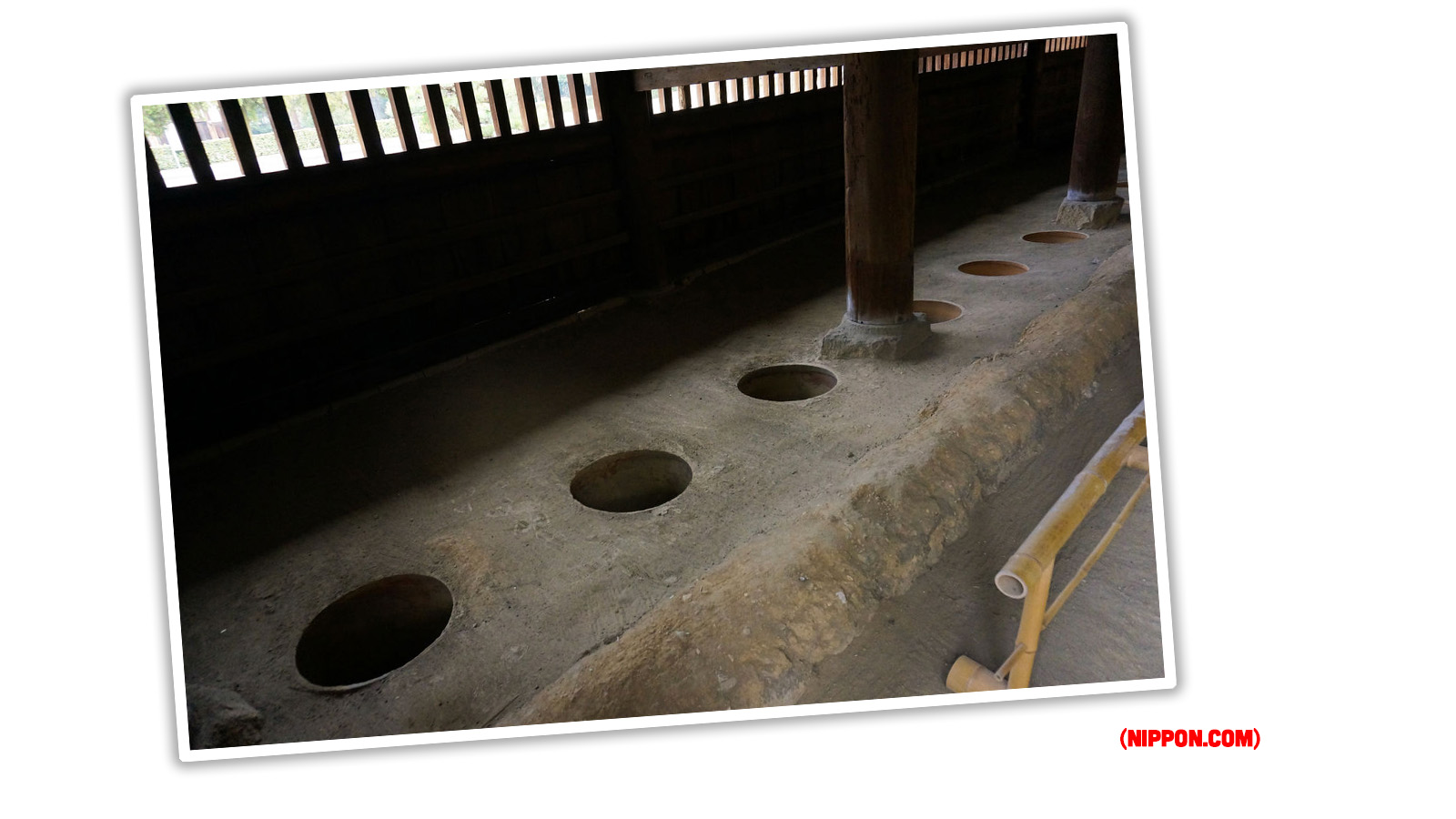 Just calling it a “toilet” implies singular, but it’s really not – this is really a communal toilet, with rows of evenly spaced holes, ready to accept healthy, loamy monk turds or torrents of monkly urine. In fact, this toilet had the nickname of hyakusecchin, which means “hundred-person toilet.” Ewww. Even better, it seems that the waste, referred to by the more marketing-friendly name nightsoil, was collected and sold to the surrounding farmers, who presumably used it for fertilizer. I mean, I hope that’s what they used it for.

The setup reminds me of the communal toilets of ancient Rome; it seems the desire to not be sitting right next to a bunch of people while you take a leisurely shit is a modern affectation.

The 30-year old worker at the temple either mistook the brake pedal for the gas pedal, or reversed when he meant to drive forward; both reports are out there, and it could be a combination: wrong gear and wrong pedal when attempting to stop to correct. The good news is that nobody was hurt, and temple management believes the damaged doors can be repaired. 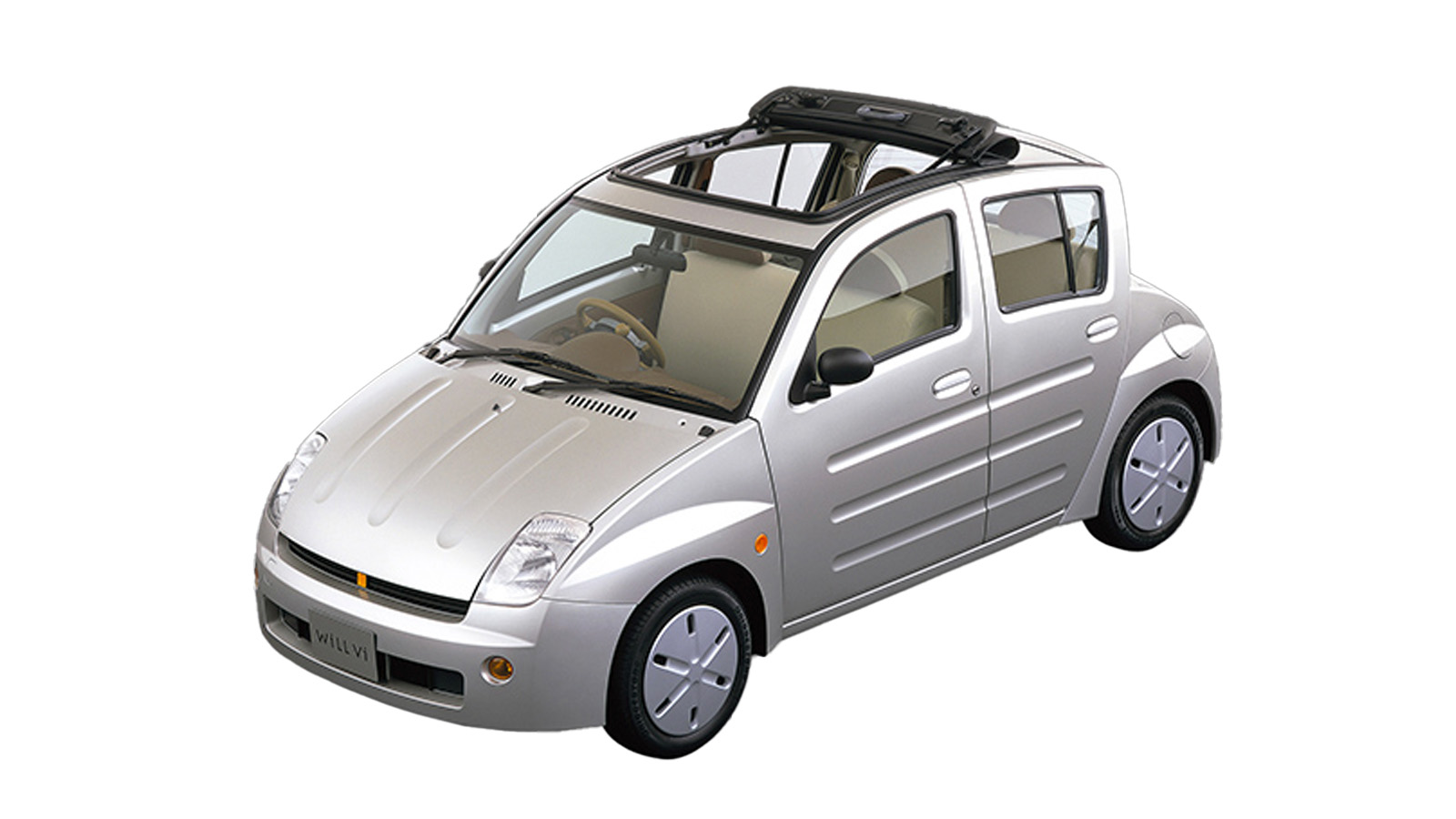 But now let’s get to the really interesting part of all this: the car that did the smashing. As you can see from the picture, it’s a novel-looking thing. It’s a Toyota Will Vi, a car built from 2000 to 2001 that can be thought of as sort of Toyota’s belated answer to Nissan’s 1990 Pike Factory cars like the Pao or Figaro.

The name comes from an interesting marketing gambit used by a number of Japanese companies, including cosmetic makers, breweries, electronics makers, candy companies, tourism firms, furniture makers, and more, all of whom would sell products under the WiLL brand in an attempt to make them cool to young people. 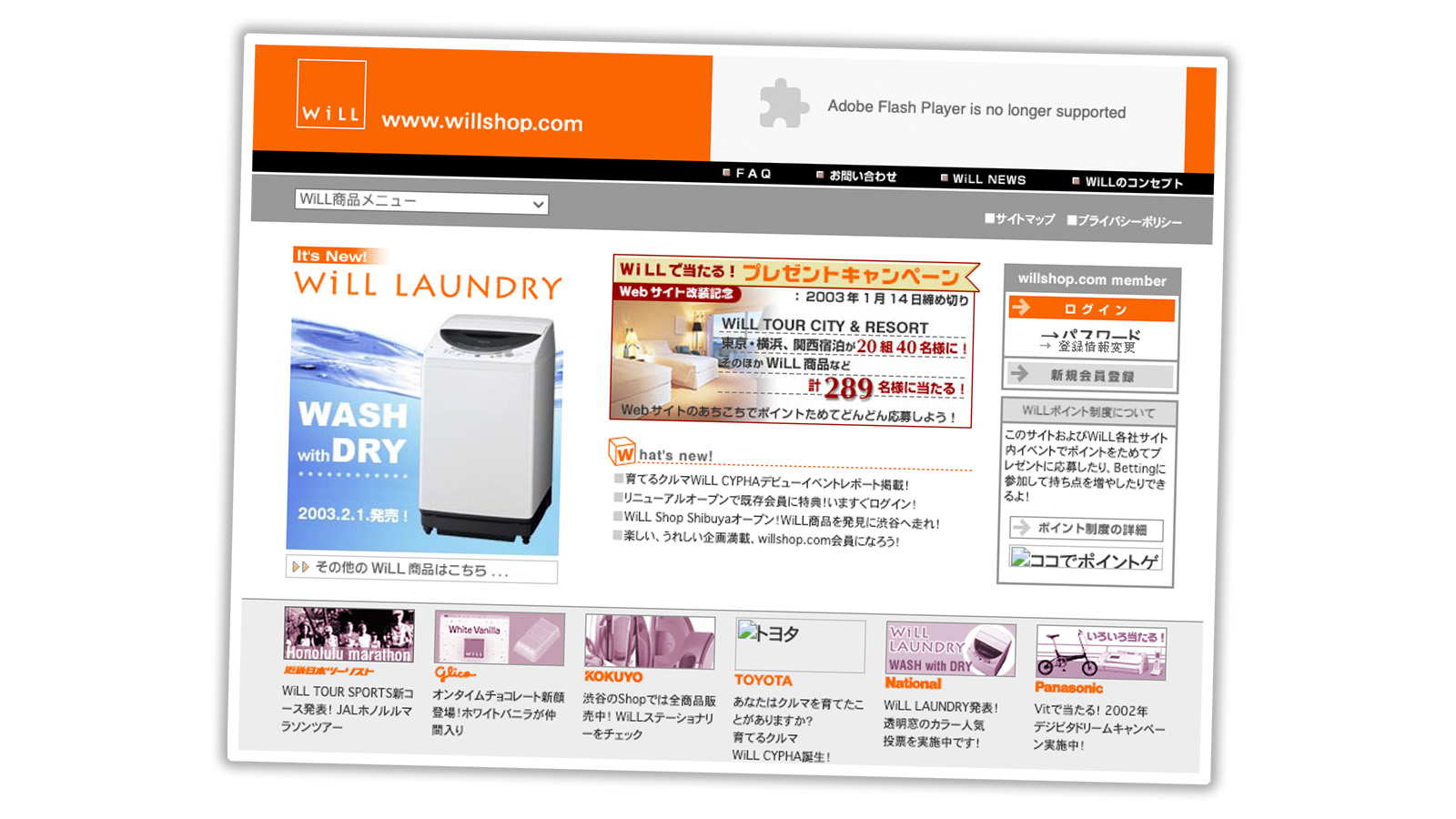 Toyota’s first WiLL offering was first shown at the 1999 Tokyo Motor Show, where they called it a “playful 4-door personal vehicle,” and I can’t say I see anything inaccurate about that assessment. 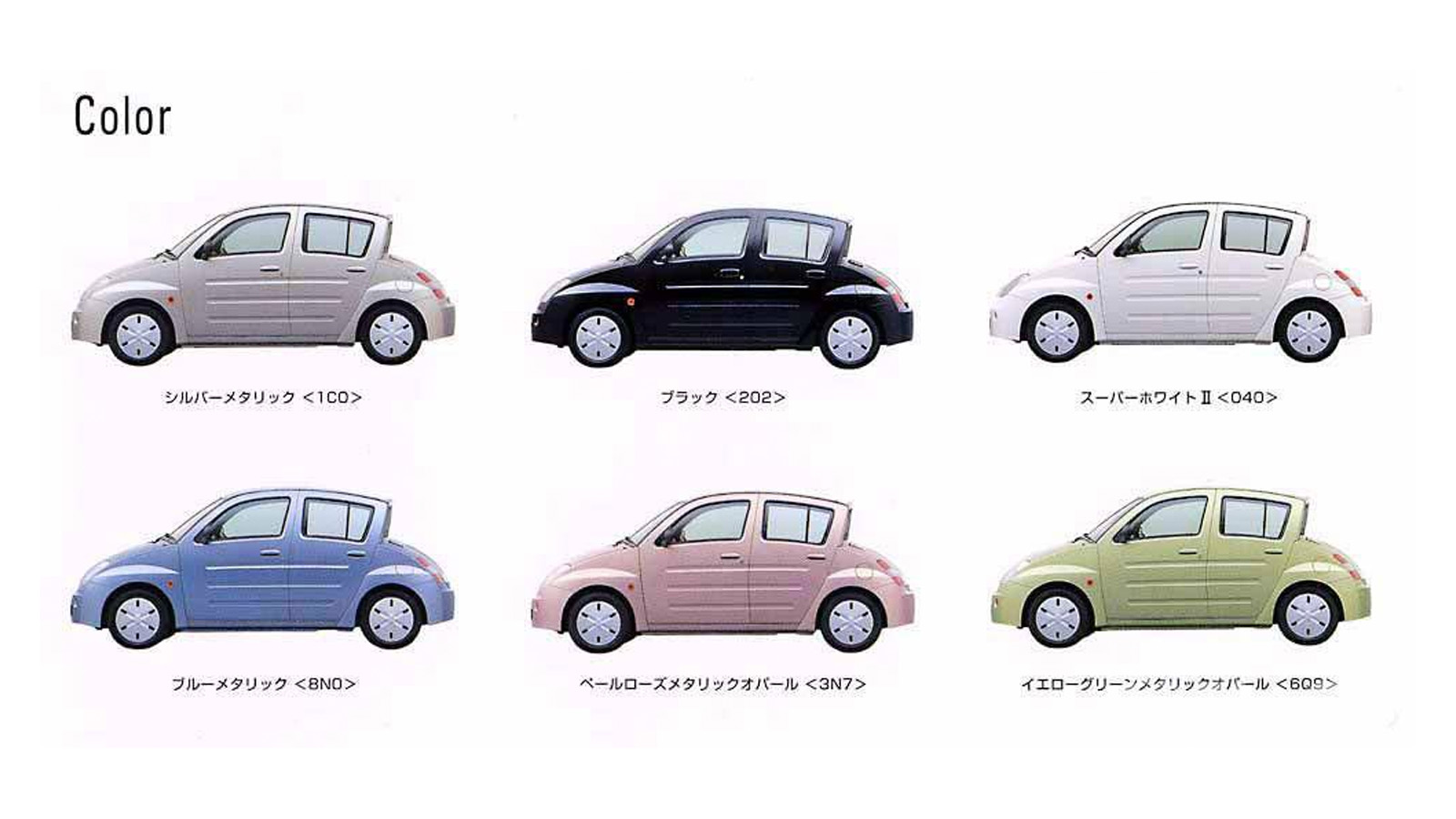 The Will Vi was, like Nissan’s Pike cars, essentially a mass-market car with fun new clothes. In this case, the Will Vi was based on the first-gen Toyota Vitz, which was called a Yaris or Echo in some markets, and used the same 1.3-liter engine.

The body design, though, was extremely novel, with the most distinctive trait being the reverse-raked rear window, like what you’d see on an old Ford Angli or Citroën Ami. 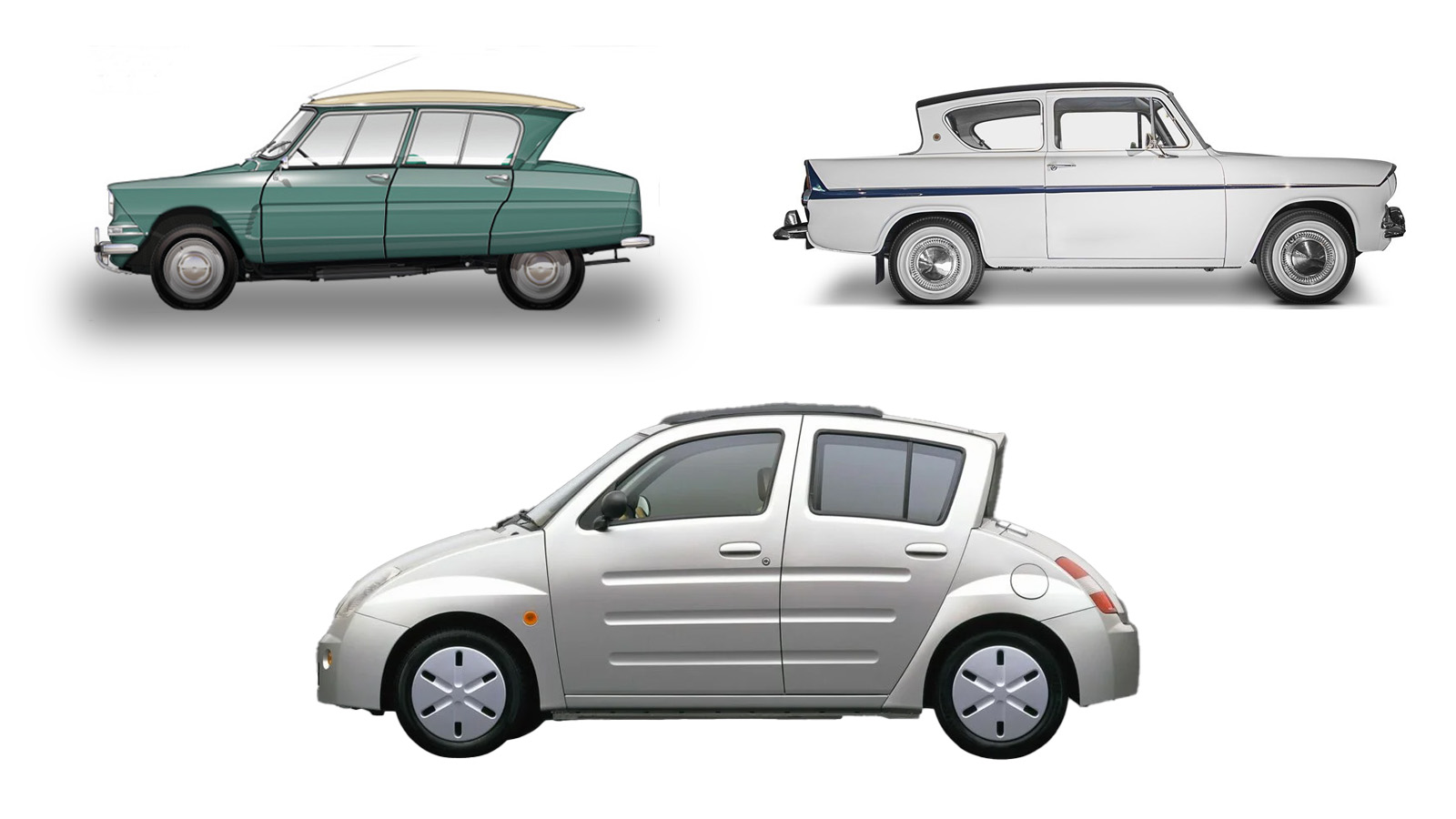 The rest of the design vocabulary and aesthetic was interesting as well, reminding me a bit of how Postmodern architecture modernized and re-interpreted classic forms and design motifs, kind of like how the architect Philip Johnson playfully used a furniture design motif on a skyscraper; the stylized and exaggerated “corrugations” in the WiLL Vi doors, hood, and trunk lid remind me of this approach.

The hubcaps were supposed to remind you of sand dollars, and the interior also had some unusual references. See if you can spot what this dashboard design was supposed to evoke: 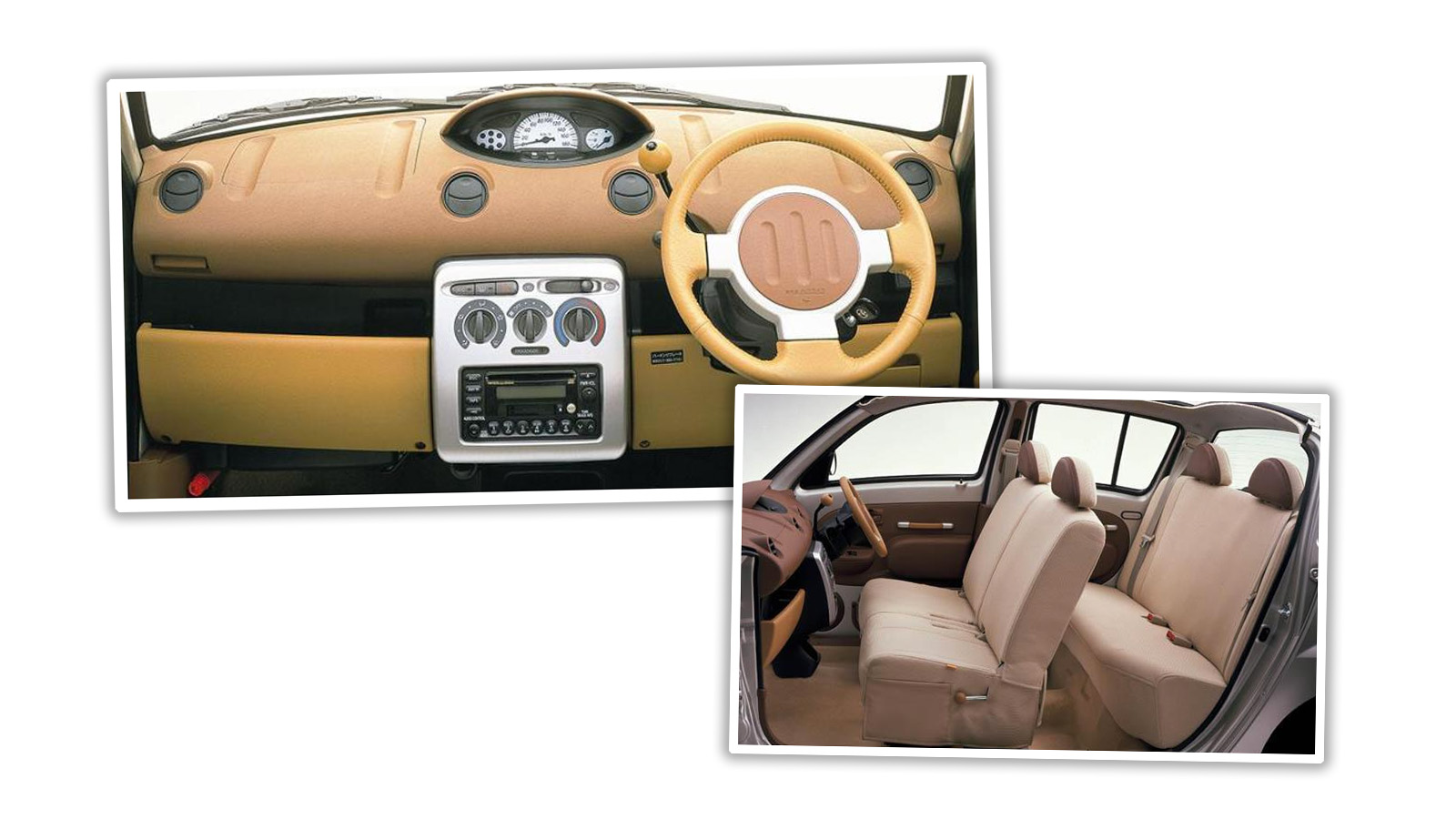 One source says that the dashboard design and color were meant to suggest a submarine sandwich, or hoagie, and you know what, I can see it. The interior is laid out in a retro manner, too, with a split bench seat up front and a column-mounted shifter. 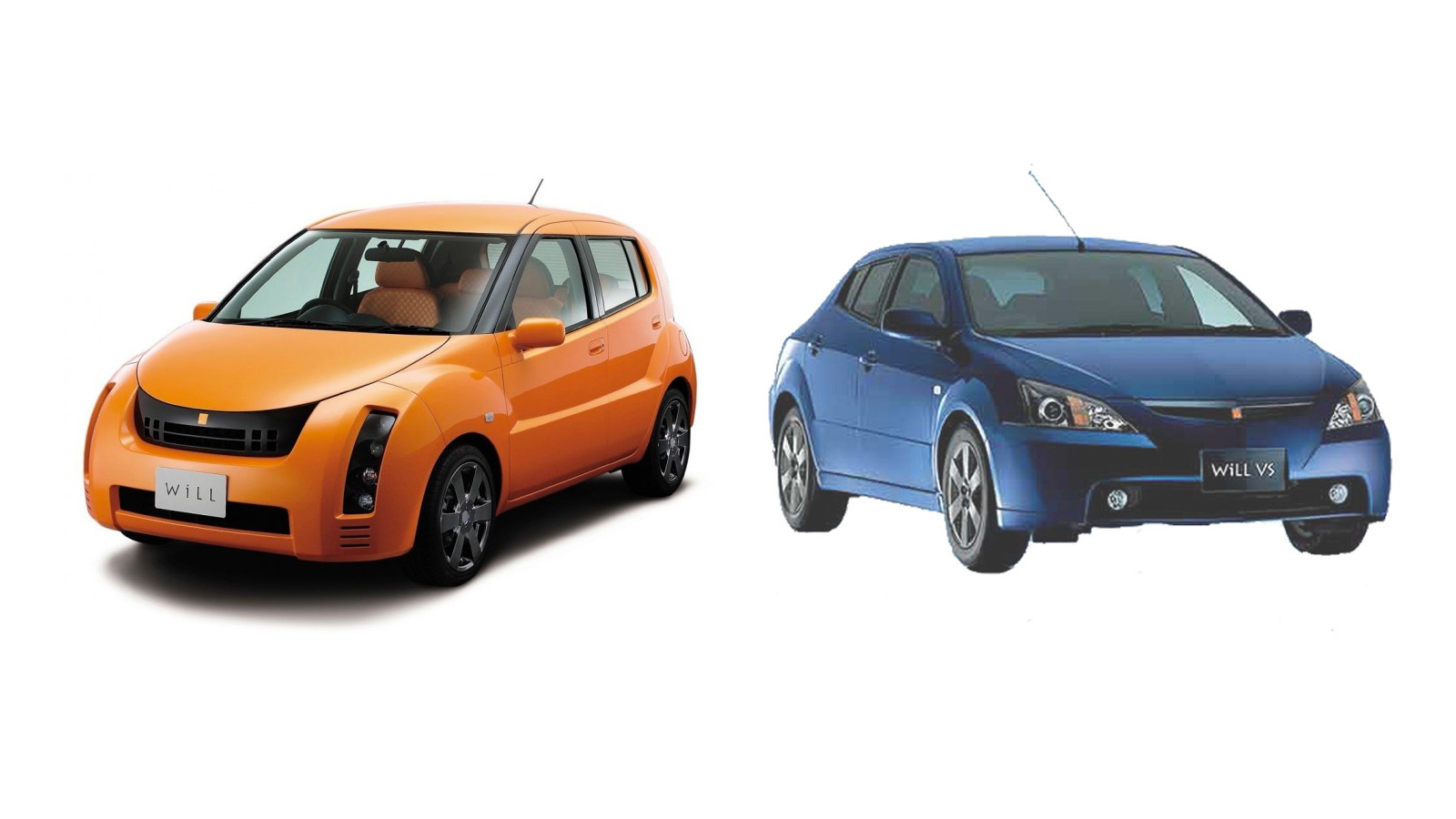 Honestly, I love these weird things, but I also seem to be in the minority, because they didn’t really sell all that well. Two more WiLL-series cars followed, the WiLL Cypha and WiLL VS, but while the Cypha was techno-weird, the VS was just kinda boring, and it seems like the WiLL idea had become diluted and uninteresting.

So, it seems like most of the world had forgotten about these interesting cars. That is, until a plucky conservation worker smashed into a centuries-old toilet with one! Maybe this toilet-smash was just what the WiLL cars need to get some attention again! And just in time for everyone to start saving up for the 25 year anniversary, when we can import these funky toilet-smashers into America!

See, there’s a bright side to everything!

I'm a co-founder of the Autopian, the site you're on RIGHT NOW! I'm here to talk to you about taillights until you cry and beg me to stop, which I absolutely will not. Sorry. Hug? Also, David's friend.
Read All My Posts »
PrevPreviousThis New Tiny Electric Motorcycle Has More Than Enough Torque To Pop Wheelies On The Way To The Grocery Store
NextHere’s Why A Small Canadian Company Called Scalar Performance Might Have The Most Important GR86 At SEMANext