Landing a plane after the pilot passes out is some real action movie-type stuff, yet that’s exactly what happened aboard a Cessna 208 Caravan in Florida on Tuesday afternoon. With assistance from air traffic control and a little bit of location-based luck, an unqualified passenger was able to take the controls and touch down safely.

A Cessna 208 is a utility aircraft, so while it uses a single turboprop engine and tricycle fixed landing gear, the aircraft’s scale is a bit different than of a light aircraft. We’re talking about a plane more than ten feet longer than a Cessna 172, a plane with a rated landing distance of 1,655 feet. That’s more than 16 and a half Ford F-150 Lightnings longer than than the landing distance of a Cessna 172. Thankfully, this particular Cessna 208 was flying out of the Bahamas and made it within landing distance of Palm Beach International Airport. After the pilot passed out, a passenger got on the line to air traffic control and let me tell you, luck was in the air that day.

Or should I say, luck was on the ground. According to CNN, Robert Morgan was working air traffic control on Tuesday, and he happens to also be a certified flight instructor. Morgan had never flown a Cessna 208 before, but he’s a quick-thinker who printed out a copy of the cockpit layout for reference and guidance. Sensing that things might get hairy, Morgan advised the passenger to point the airplane towards Palm Beach International Airport from eight miles out because when you don’t have any experience, you’re gonna need room for error.

Thankfully, not much room for error was needed. Despite the passenger flying the plane having zero flight training, everything went flawlessly. The landing was perhaps a little wobbly, but thanks to guidance from Morgan and excellent weather conditions, the passenger brought that bird down smoothly enough to earn kudos from an American Airlines pilot who was waiting for takeoff and witnessed the whole thing. Have a listen to this audio clip.

“I have no idea how to fly the airplane.” Pilot of small plane passes out while flying off the coast of Florida. Passenger, who had never piloted a plane before, successfully lands it after air traffic controller Robert Morgan talks him through the procedure. pic.twitter.com/vDxWSgsPvz

Honestly, I’m impressed. While it’s entirely legal to fly a 208 Caravan on a private pilot’s license with a high-performance endorsement, even a trainee often needs about 20 hours of training before learning to land. While talk-down landings aren’t unprecedented, they have happened before. However, most passenger-assisted landings have involved passengers with pilot experience or air support. The only story of a passenger helping to land a passenger jet was that of Air Force Captain Mark Gongol hopping into the co-pilot seat of American Airlines 737 after the pilot suffered a medical emergency. While communicating with ATC is a noble feat, experience piloting a B1B bomber certainly helped.

As far as pure talk-down landings go, every report I’ve found involving a larger plane had a passenger with at least some aviation experience behind the controls. On April 13, 2009, passenger Doug White landed a Beechcraft Super King Air twin-engine turboprop at Southwest Florida International Airport after the pilot died behind the controls. CNN reported that while White was licensed to fly a single-engine Cessna, he had neither the experience nor certification for a Super King Air. On April 2, 2012, 80-year-old Helen Collins landed a Cessna 414 twin-engine turboprop in Sturgeon Bay, Wisc. after her husband John experienced a medical emergency while flying the plane. Unfortunately, John didn’t make it, but a report from ABC claims that guidance from another airplane and Helen’s experience piloting single-engine aircraft helped the octogenarian land the Cessna 414 without incident. 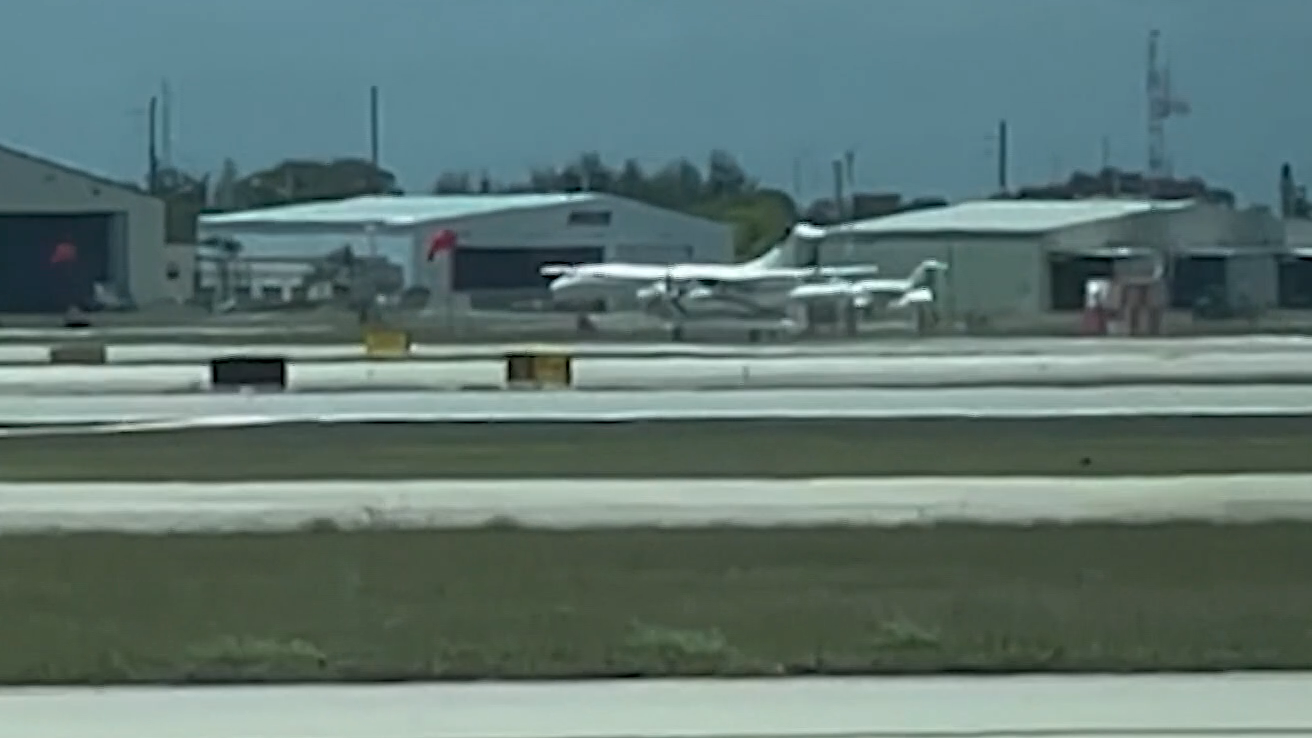 As it stands, we may have just witnessed the first time someone with no aviation experience has brought a plane as big as a Cessna 208 Caravan down on the tarmac safely. Impressive stuff. While the identity of the passenger and the condition of the pilot are unknown, I hope the pilot made it and the passenger was able to rest for a bit afterwards. Piloting a utility plane is demanding enough when you know what you’re doing, let alone when you have absolutely no idea what you’re doing.

Thomas is a Nu Rave-blaring, heel-toe downshifting, maple syrup-swilling, chassis-geeking, junkyard parts-hauling, floppy-haired scenester who's been writing about cars since college. His current ride is a 2006 BMW 325i with the six-speed manual gearbox. Instagram: @thomas.hundal Twitter: @thomashundal
Read All My Posts »
PrevPreviousSomeone Help Me Identify This Chunk Of A Van Submerged In The LA River Before I Go Nuts
NextVolkswagen Is Bringing Back The ‘Scout’ As An Electric Off-Roader; Here’s How A Diesel Scandal Helped The Company Get Rights To The Legendary International Harvester NameplateNext