There’s not many car reveals these days that the world actually stops for. A new Corvette. The next Miata. Defender? Well we waited long enough, god knows how long it’ll be before there’s another. Porsche shows a different 911 version each week. But of course there is one more that’s worth waiting up for. A new Mustang. 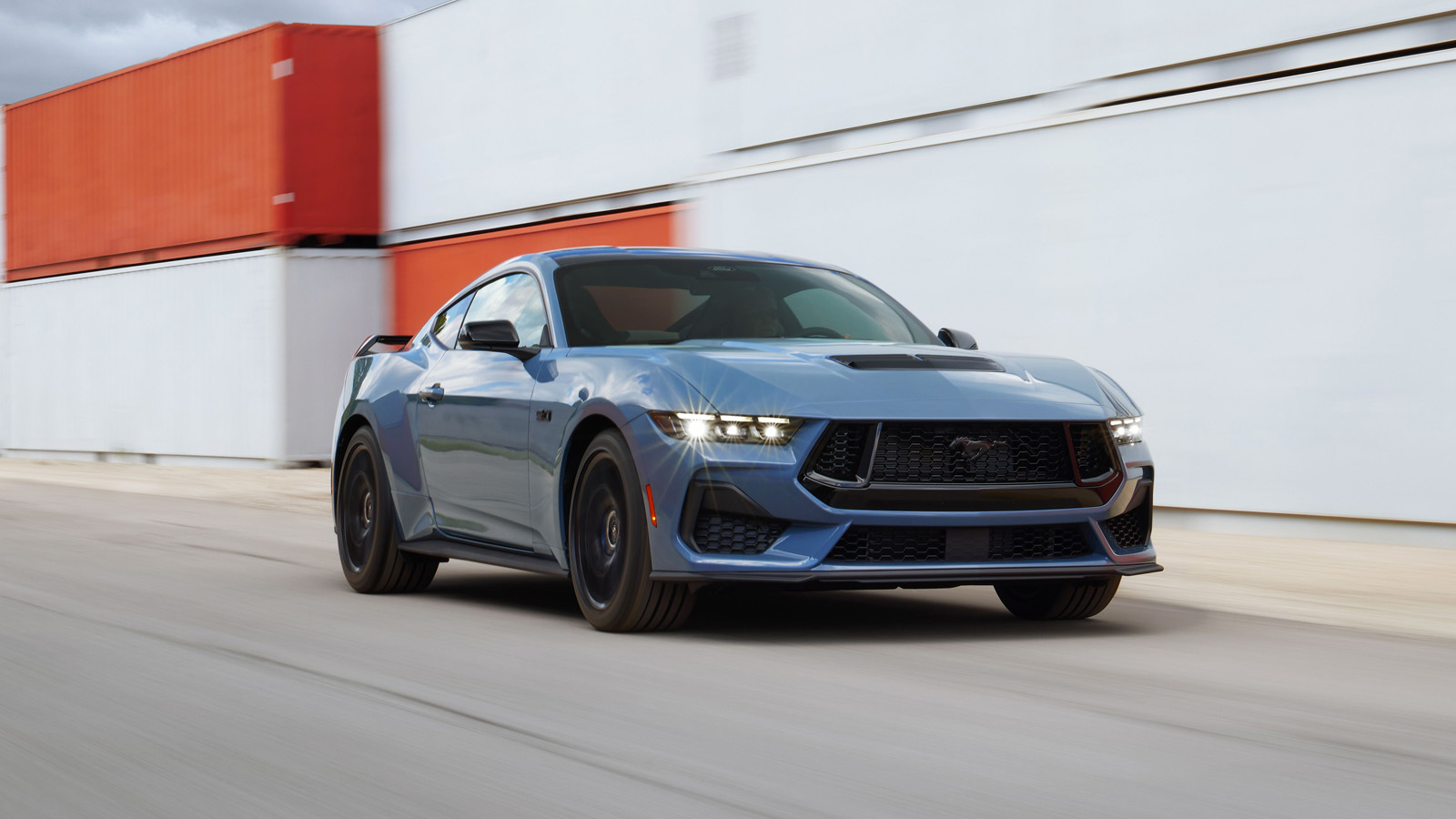 When the Camaro and the Challenger took a break, the Mustang remained available as an all things to all people slice of American performance and style. It’s seen some ups and downs, but remaining in production since 1964 is a pretty decent achievement. Clearly there’s a lot of merit in Iacocca’s idea of a stylish, accessible, decent performing car for the everyman. And now there’s a new one. 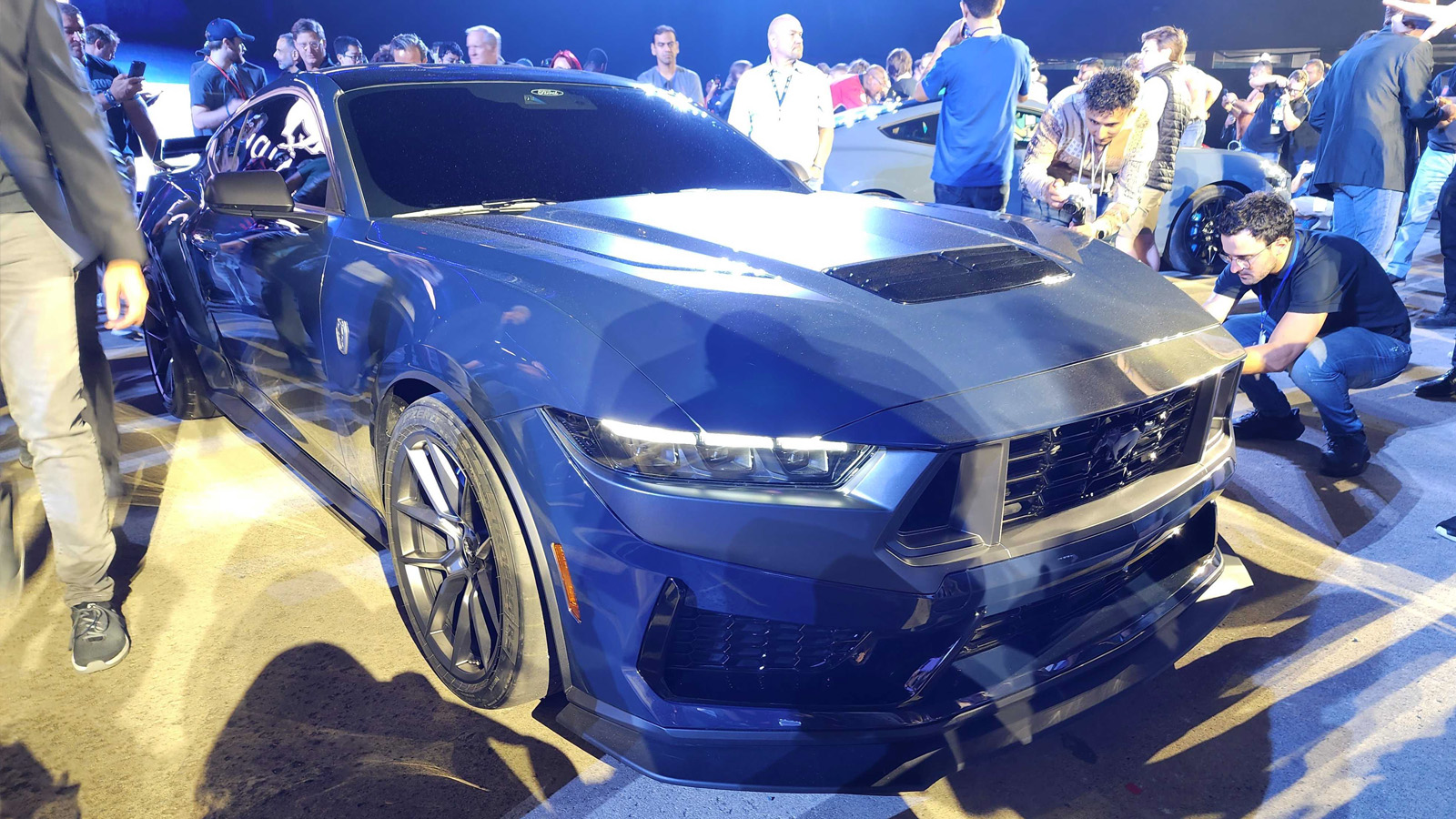 We’d heard rumors of hybrid systems and 4WD to make this latest horse a bit more 2024, but the reality is Ford have played it extremely safe. And when I say safe, I also mean cheap. Despite what the PR wonks say, this S650 Mustang is a reheat of some S550 leftovers. 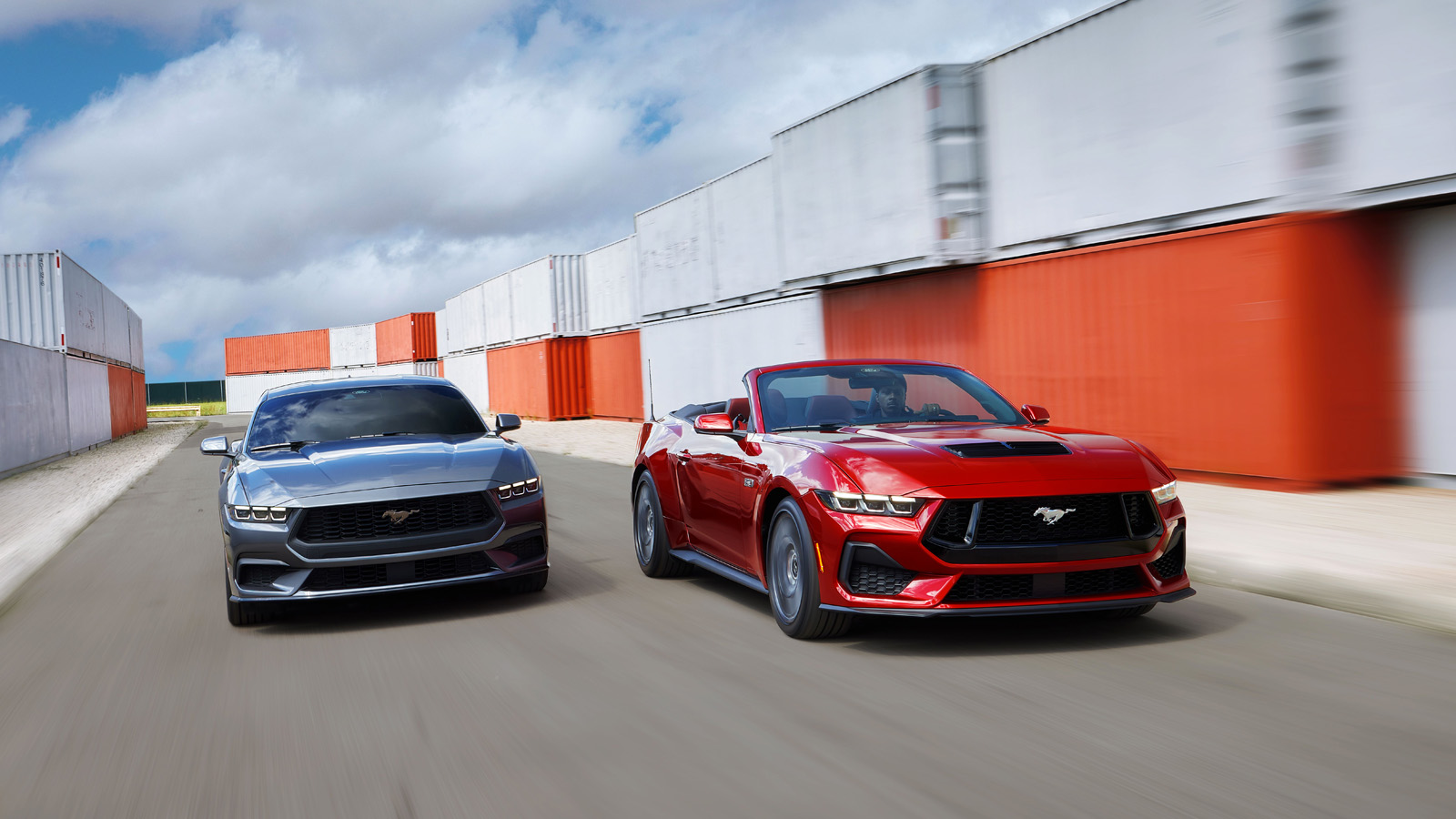 Much of the problem with the S550 Mustang was that it had turned into a bit of a pastiche. It was always a slightly awkward, gawky looking thing, endowed with too much hood and deck and not really enough passenger cabin. The overhangs were a bit too long, the roofline a bit too tight. Listen to some uniformed commentators and they’ll tell you that’s what makes muscle car proportions, too much is great and even more is better. Well that’s why they’re uninformed and I do this for a living. It’s all about nuance and balance in the volumes and proportions. The thing with this new Mustang is it uses the existing car’s body in white, so these proportions haven’t changed. 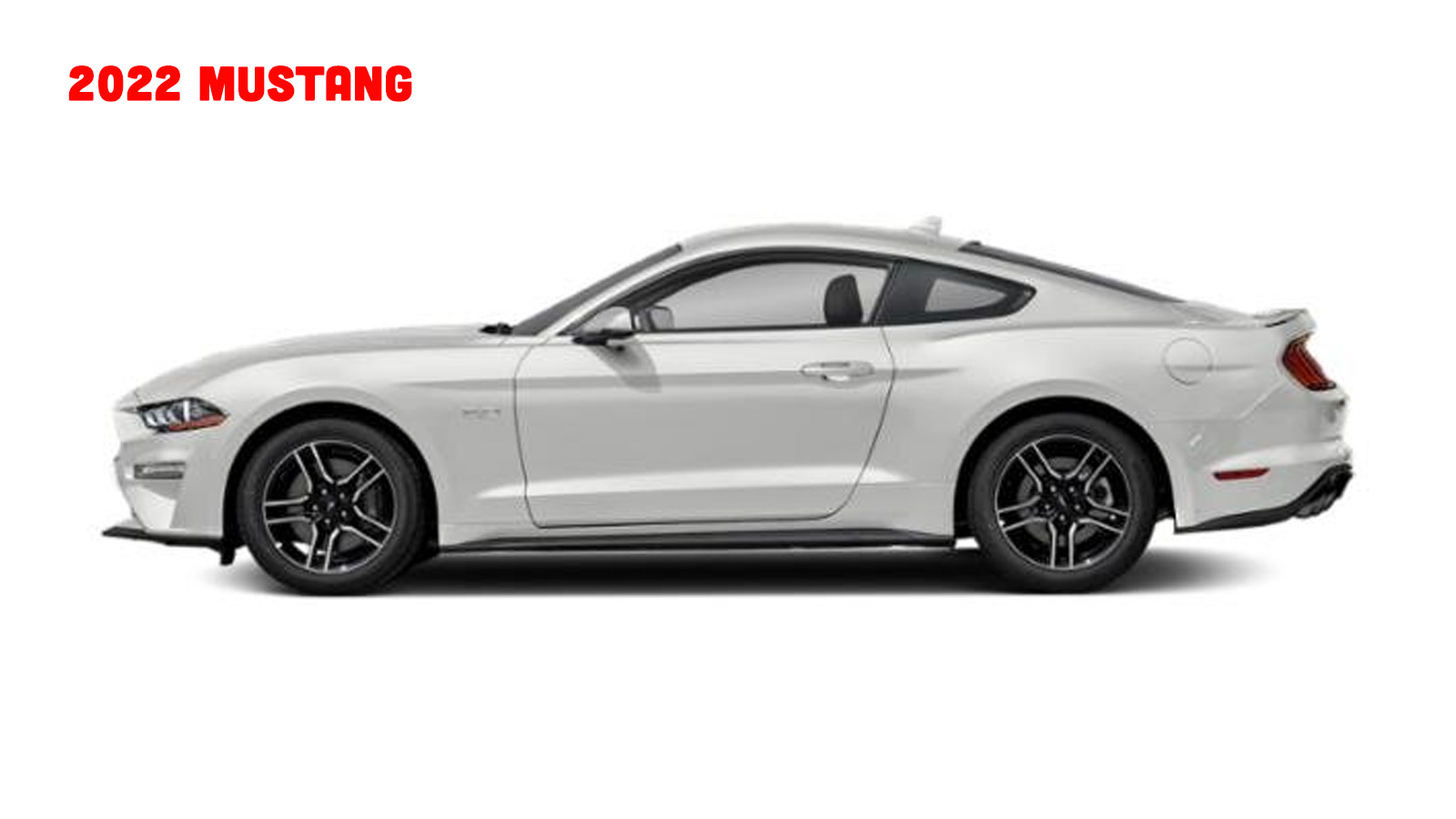 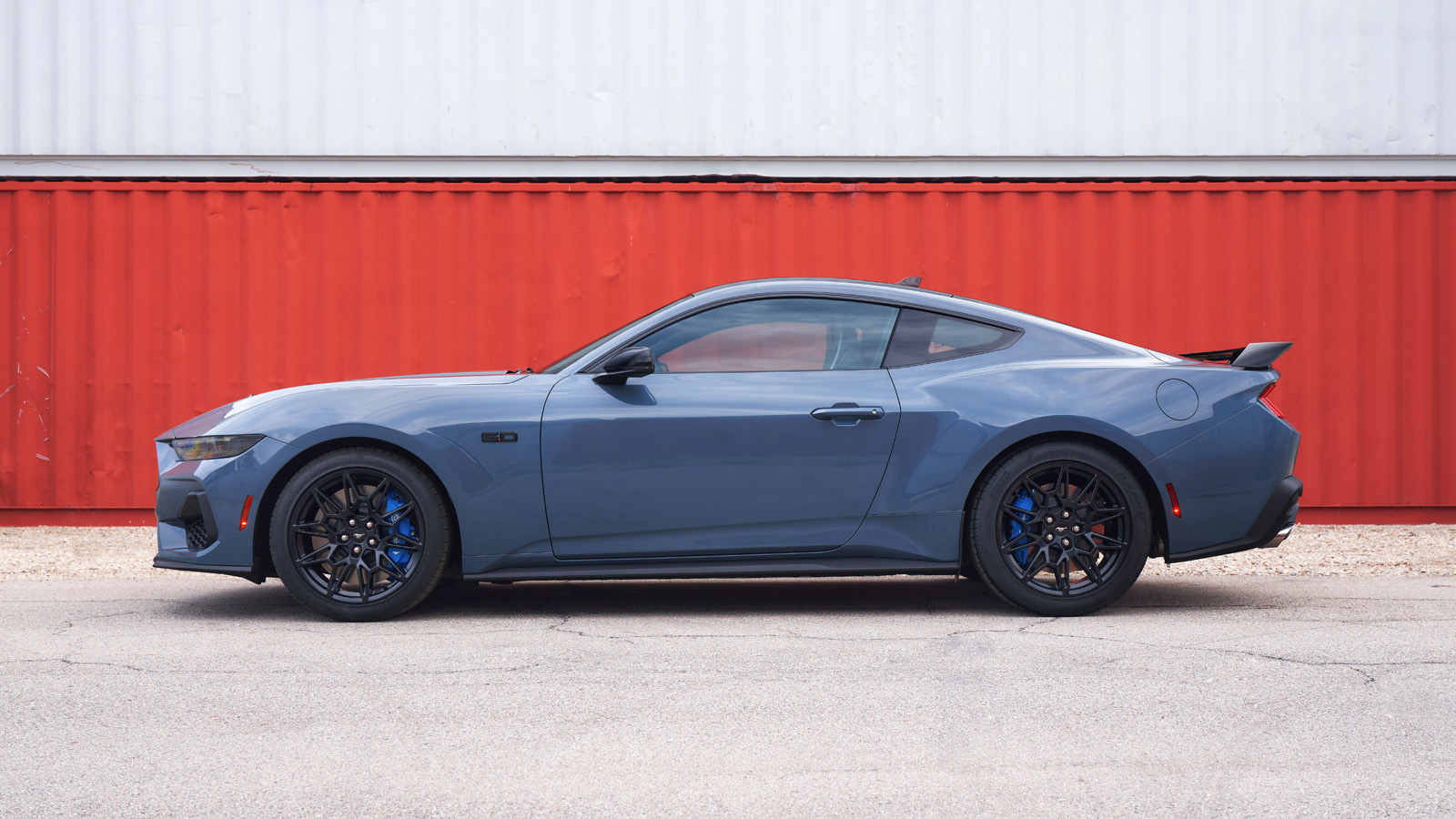 If you look at the side view, you can see the cant rail and the pillars haven’t altered at all. The shut lines for the doors are in exactly the same place. The daylight opening has changed slightly for the rear glass, but fundamentally you can see it’s the same car. 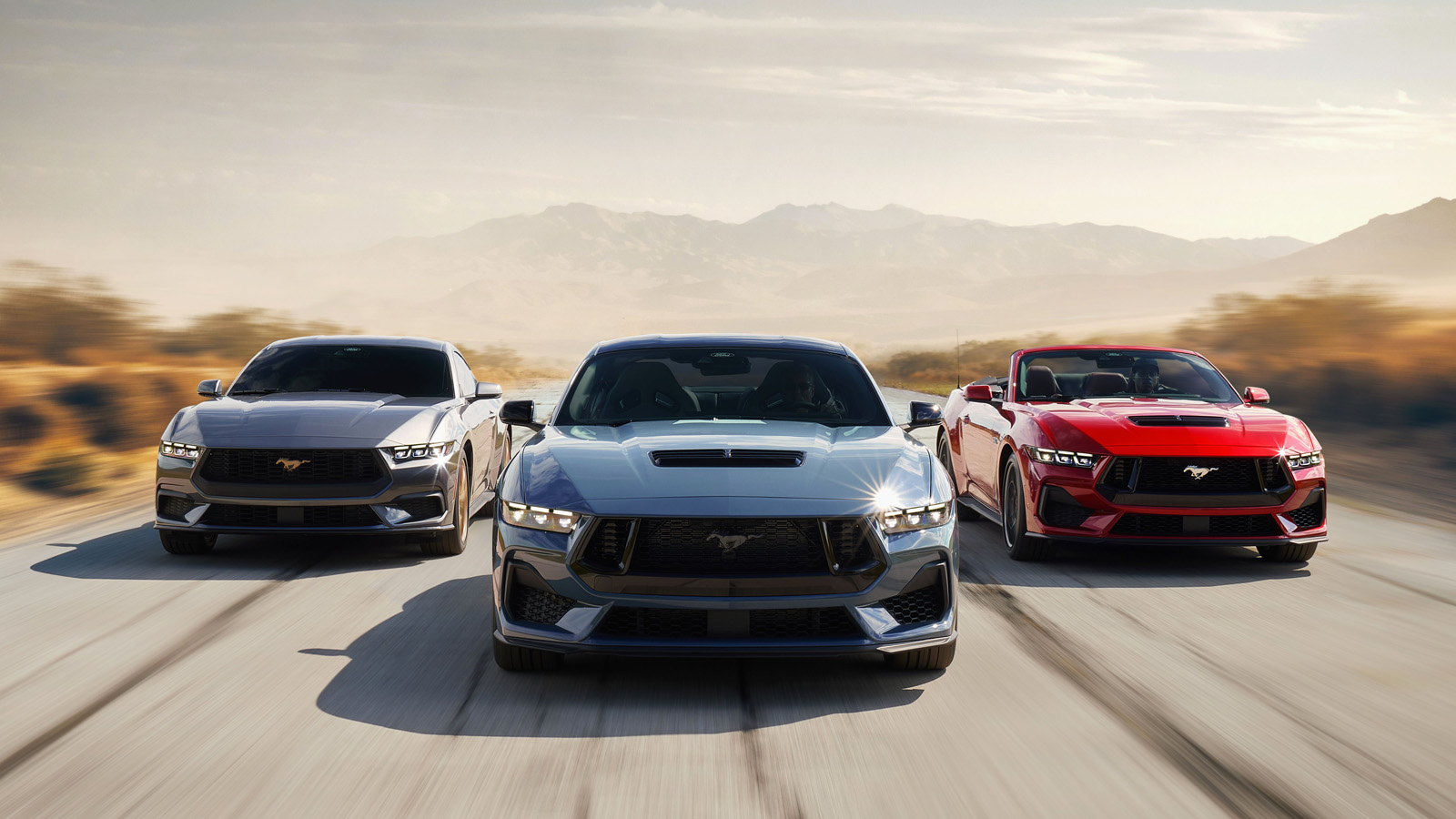 Looking at the front, the top horizontal line of the headlights now becomes the shut line of the hood and the top of the grill. This gives the whole down the road graphic a monobrow visage, and draws your attention to the shape of the hood and the fact there is a lot of sheet metal bending down to meet the lights. Like a Mk8 Golf, it looks like the front of the car is melting off. Not only that, but in replicating the three segment taillights in the main beams, it’s all starting to look bitty and unconsidered.
And those tail lights are doing some serious retro heavy lifting. 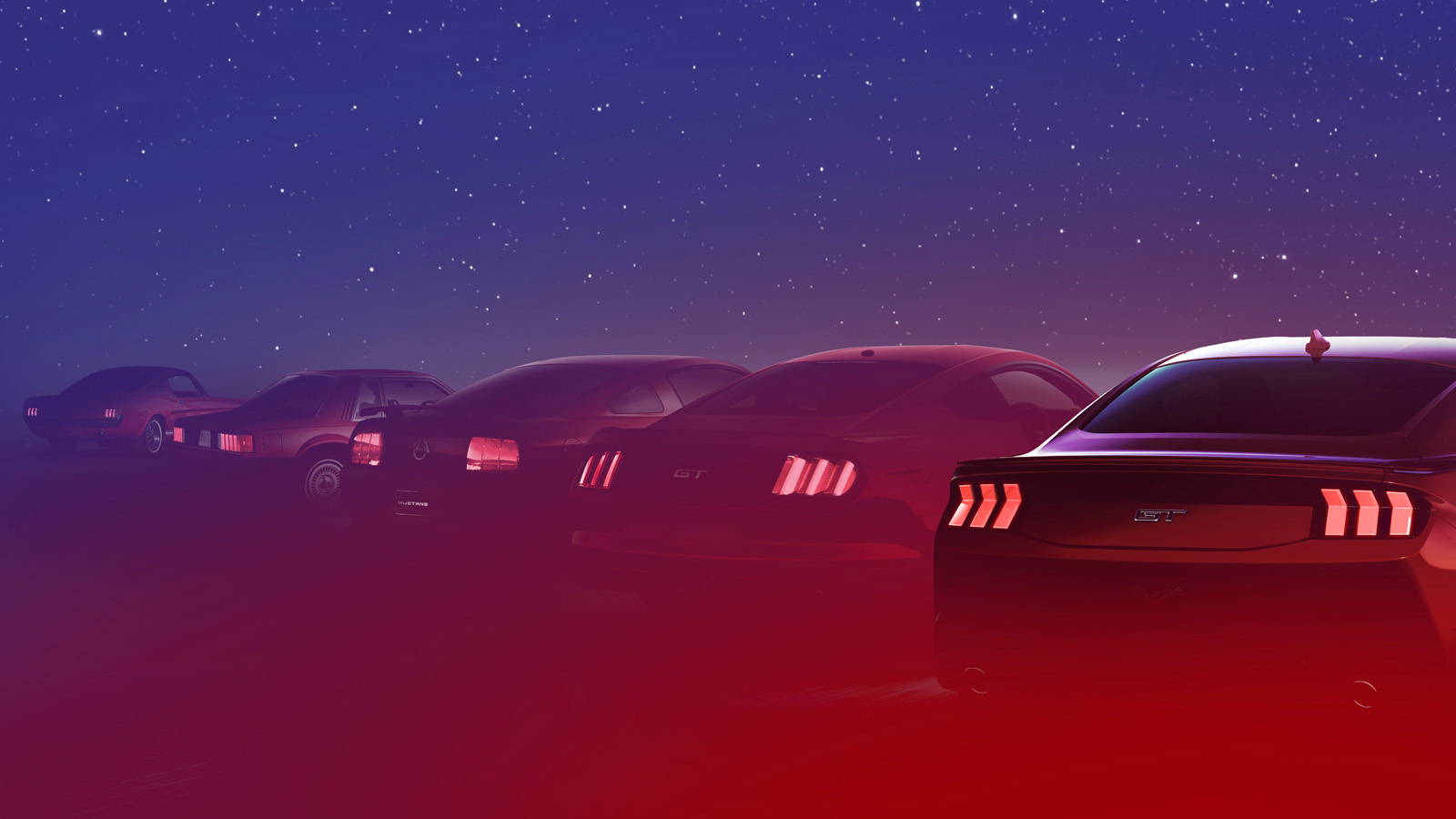 The three vertical bar tail light was present on the original ’64 and has remained in various forms ever since. The previous S550, despite having a slightly fat bum had a nice simple black infill panel with plenty of blank space in the center for various badging options. It worked well as a graphical call back to earlier cars and helped reduce the visual mass of all that bodywork. This new Mustang eschews that cleanliness for a more aggressive treatment that lowers the trunk opening but looks blander due to there being more body colored sheet metal. You have to be really careful doing this because if you get it wrong it can look cheap. 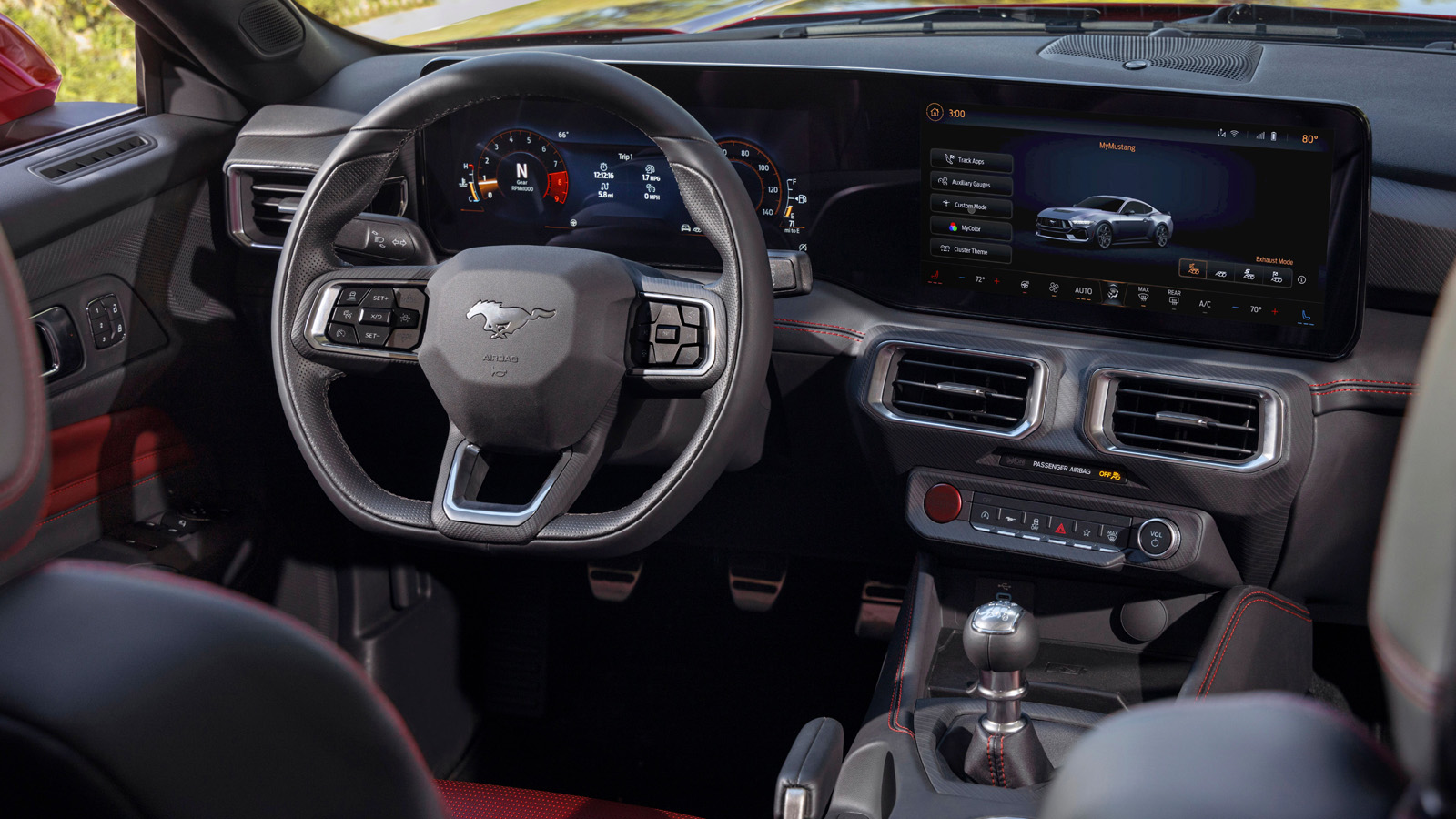 Speaking of looking cheap the interior is a major let down. I’m sure the new digital displays are crisp and have some nice animations, but the integration here is awful. There’s starting to be a lot of pushback around moving secondary controls to touchscreens in cars, so it’s surprising to see a car that supposedly plays on emotional appeal and driver engagement just plonk a couple of screens on top of the IP and call it a day.

So we’ve got a car that is basically the old car in a new cocktail dress. The underlying ungainliness of the old model hasn’t really changed, and has arguably been exacerbated. There’s no reinvention here, no four wheel drive for inclement states and no hybrid for the inner city. It’s all a bit half assed, which to a degree I understand. Like all OEMs Ford is betting big on EVs throwing all their spare dollar bills in that direction, so there’s not a lot left over for the ICE stuff. You can only work with what you’re given. But this is the last the last ICE Mustang we’re going to get and it’s basically the same as the last one but uglier? 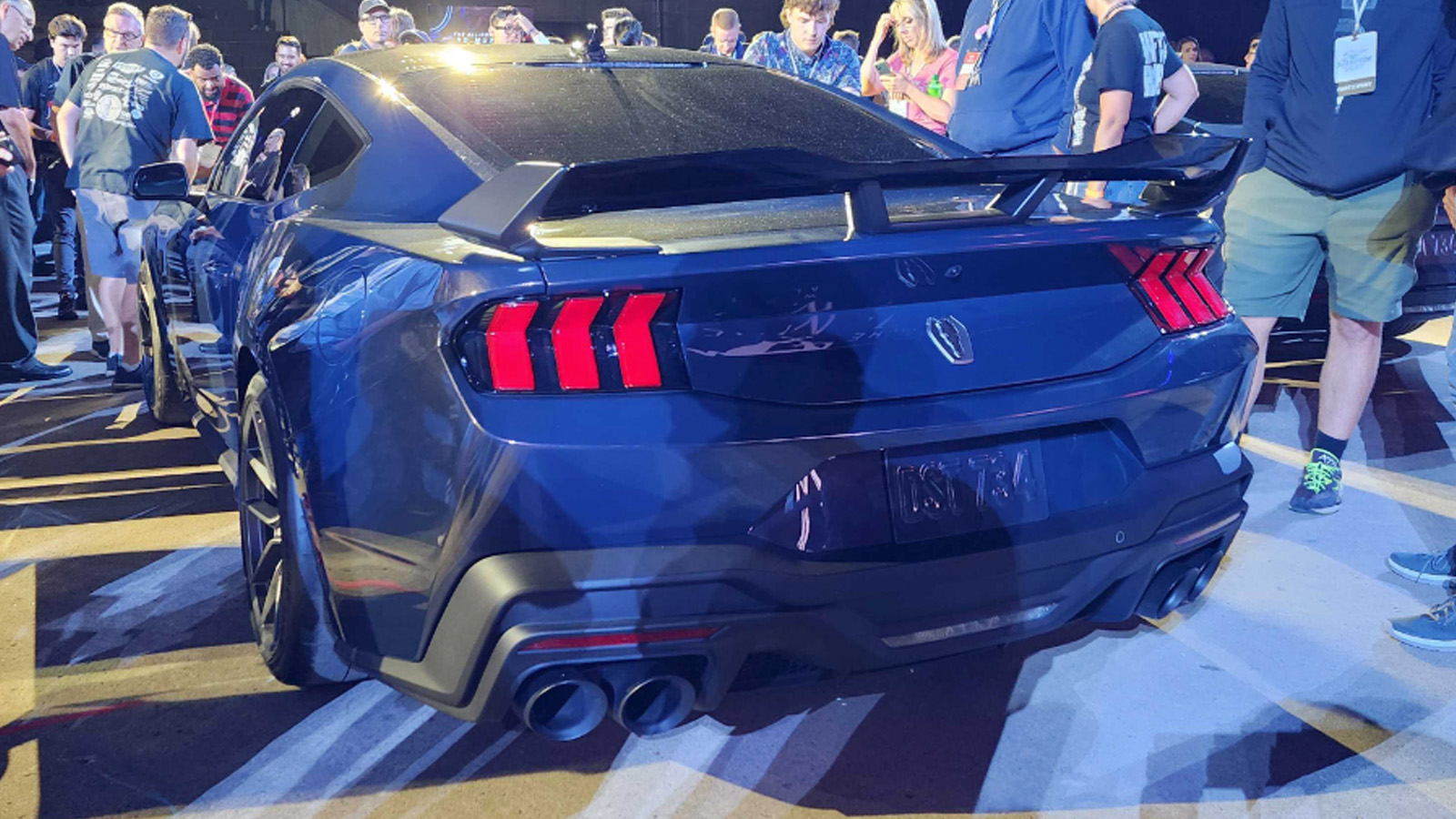 You have a car with nearly sixty years of design heritage, that adapted to reflect the circumstances of it’s time, but Ford is determined to keep us in 1964. After the first Mustang, we had the baroque malaise Mustang II. Ok, not great, but it sold (a lot!), was the right car for the right time and kept the name alive.

As we moved into the microprocessor eighties a new Mustang appeared with weirdo metric tires, aero styling and a hatchback. Pretty advanced stuff. But as we headed towards the millennium, the Mustang took a step back into the warm bath of nostalgia. Since then it’s been, like it’s contemporaries the Camaro and Challenger trading on a heritage appeal that does a disservice to those earlier generations.

If the Mustang’s appeal is it’s authenticity, why are we getting a fuzzy copy of a copy, like a bootleg cassette that’s been passed around high school and re-recorded repeatedly? Surely a really up to date Mustang would look around at today’s environmental challenges, the geopolitical landscape and what’s influencing popular culture and wonder how it would evolve.

An aero Mustang with a 4 cylinder turbo and a hatchback perhaps….

Professional Car Designer and writer about car design. I have a BA in Automotive Design and a Masters in Vehicle Design from the Royal College of Art in London, where J Mays was my tutor. He used to bring in donuts. I was hired from there into a major European OEM. I daily drive a 2011 L320 Range Rover Sport and also own a 1983 Ferrari Mondial QV. I always wear black, love goth music and have way too many books. twitter: @adrianfclarke. Instagram: adrianfclarke
Read All My Posts »
PrevPreviousThat Mustang Horse Head Logo Is Actually The Logo For Dark Horse, The New 500 HP Mustang
NextWhen The Horse Was Almost A Cat: Cold StartNext