Welcome back! In what has become a week of cars in the “where are they now?” file, today’s choices are both from the good old US of A. But first, let’s take a look at yesterday’s results:

Well, that’s pretty decisive. Personally, I’d take either of them, with a slight advantage given to the Mazda just for the low mileage. But they’re both good little cars.

Today we’ve got a sedan and a wagon, both V6s, both American, both coincidentally dead nameplates. But both cars are still very much alive and kicking. Let’s see which one you prefer. 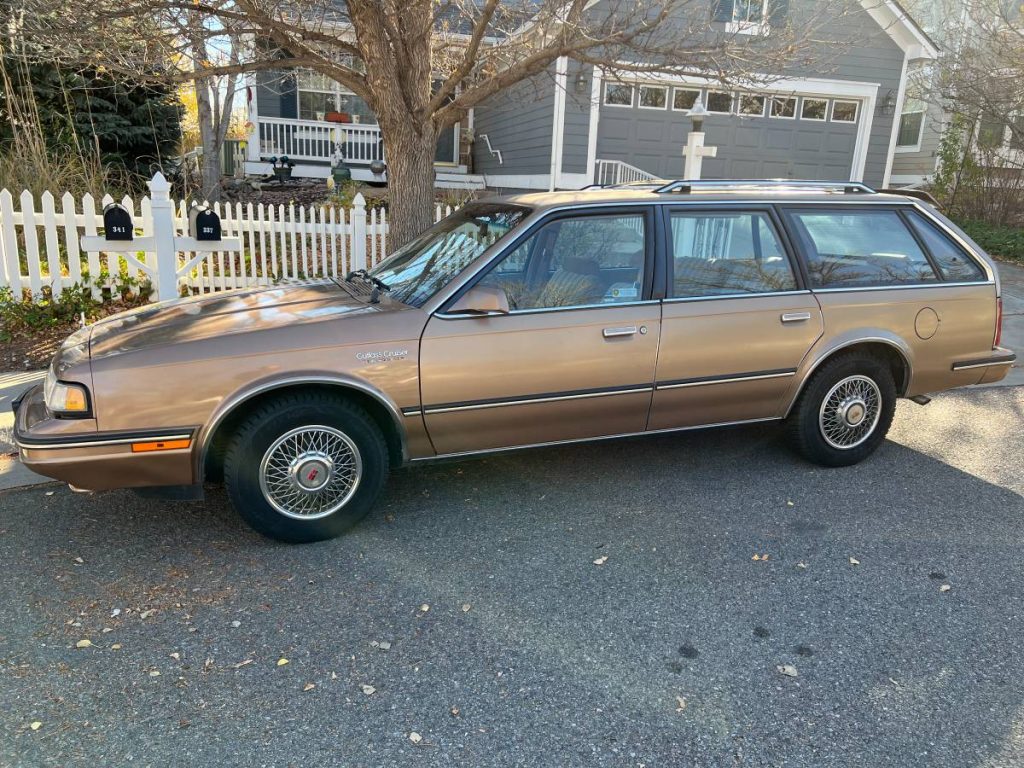 The front-wheel-drive A body, introduced in 1982, was kind of the beginning of the “GM cars run like crap forever” myth. Its predecessor, the X body, was still in production, and had a terrible reputation for quality and reliability. But the larger A and smaller J body cars somehow ended up being decent reliabile cars, and were sold for years in various bodystyles. 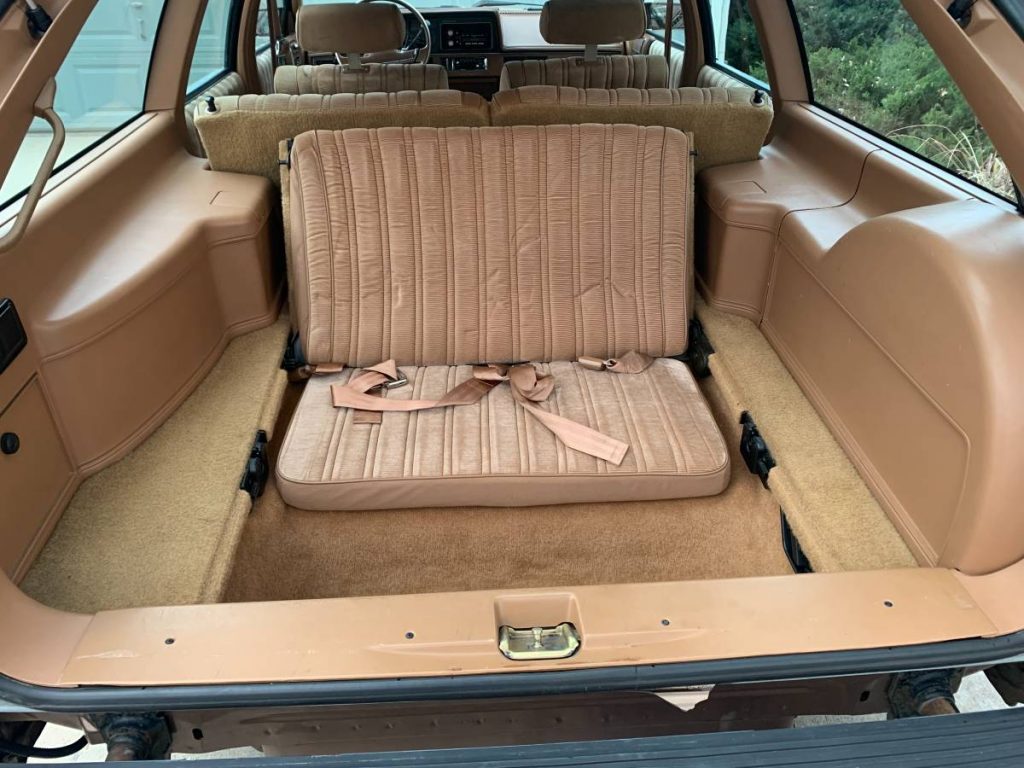 This station wagon bodystyle had a different name for each GM division, being sold as the 6000 Safari at Pontiac dealerships, Century Estate by Buick, the specatularly imaginatively-named Celebrity Wagon by Chevy, and the Cutlass Cruiser, like this one, for Oldsmobile. Even though it was a mid-sized wagon, the Cruiser offered a backwards-facing third row of seats – the fabled and often fought-over “way back.” 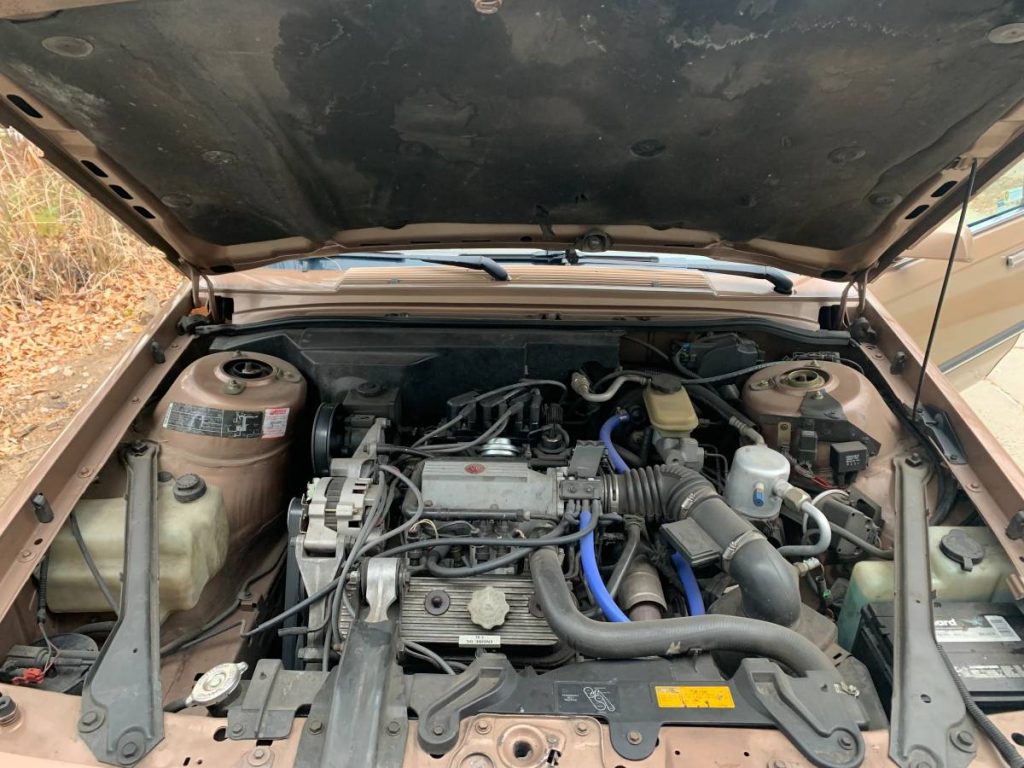 This Cruiser has covered a lot of miles – 219,000 – but it’s powered by the legendary Buick 3.8 liter V6. It didn’t put out a lot of power in 1988, but it was still a rock-solid engine capable of piling on the miles. This one just passed a smog test, too, which is indicative of a clean bill of health. 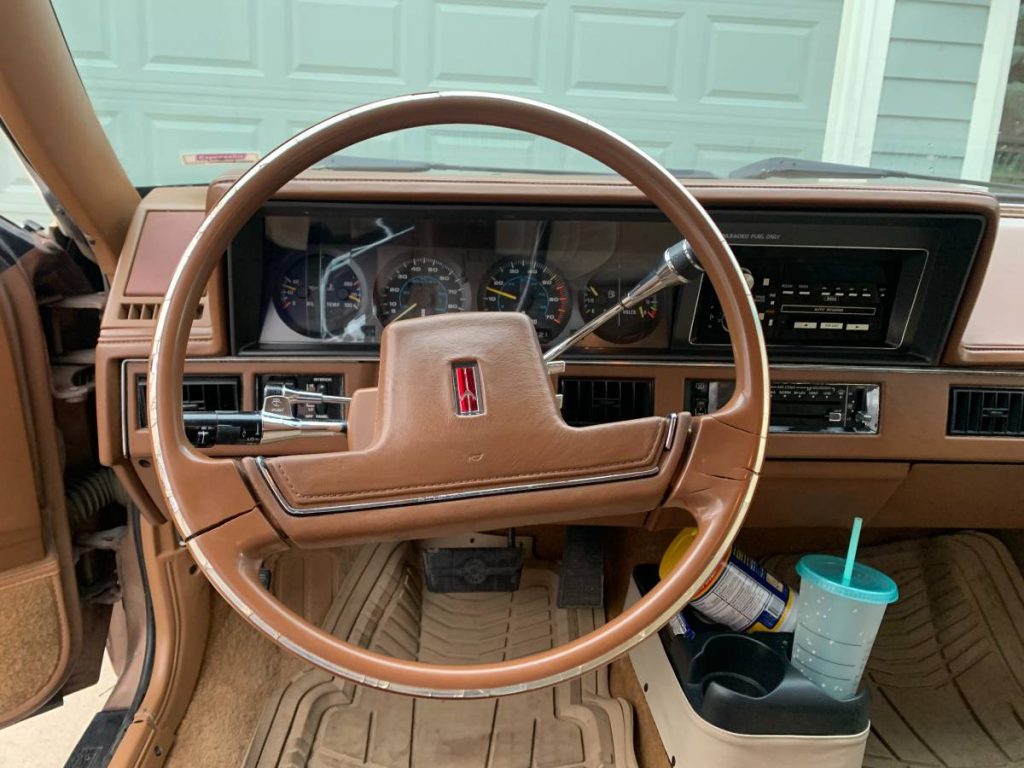 The rest of this old wagon is in good shape as well, with some wear and cracks in the interior, but no obvious signs of abuse or damage, and no rust or damage outside. Considering the hard life that most family-type vehicles lead, its condition is even more remarkable. 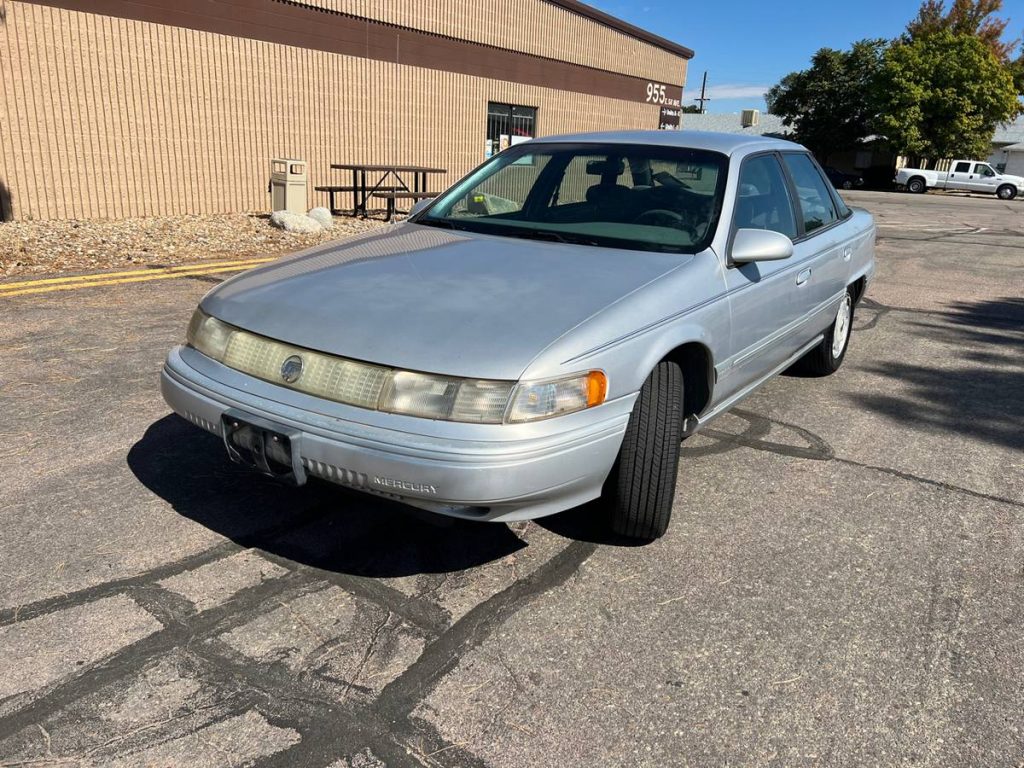 The old square-jawed Cutlass, however, looked instantly ancient in 1986 when Ford introduced the Taurus and its Mercury twin, the Sable. The two were fraternal twins, with some different sheetmetal and window shapes, and more importantly, a light bar across the front, sort of a front heckblende – noseblende, maybe? Whatever you want to call it, it sure looked like crap when one of the lights was burned out. 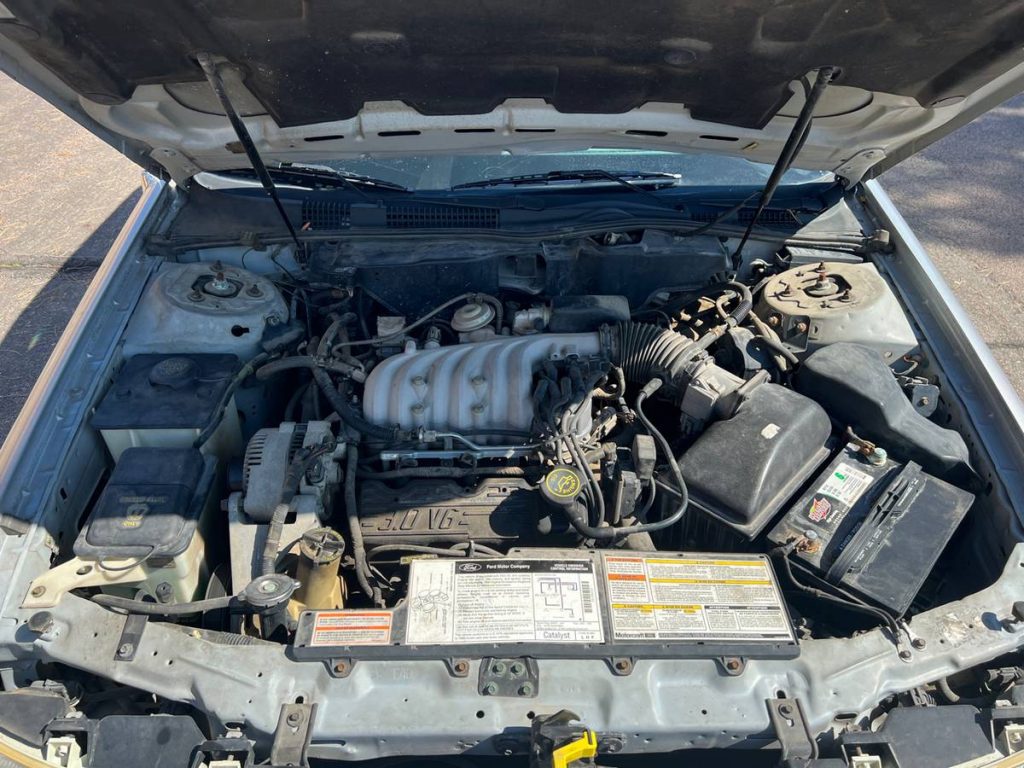 This Sable, like so many Sables and Tauruses, is powered by Ford’s 3.0 liter “Vulcan” V6, backed by a four speed automatic. Hey, it works. This one only has 151,000 miles on it, so it should have some life left. It’s being sold by a dealership, so of course nothing is known about its service history, but it’s a simple car. 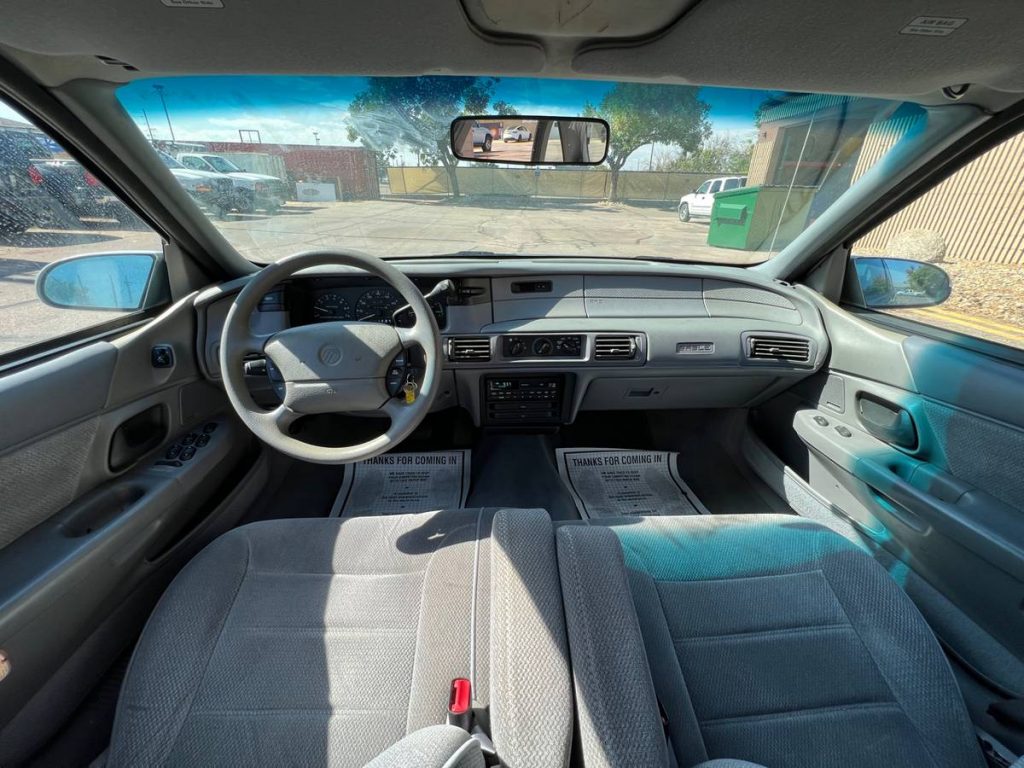 It’s an awfully clean-looking car for being twenty-seven years old.The seats are clean and inviting, and Fords of this era had simple, easy-to-decipher controls. Nary a touchscreen in sight. Outside, it looks damage- and rust-free. It’s not a good looking car, exactly, but it’s more interesting than its Taurus sister. And it’s not white. For some reason in my mind all Mercury Sables are white. 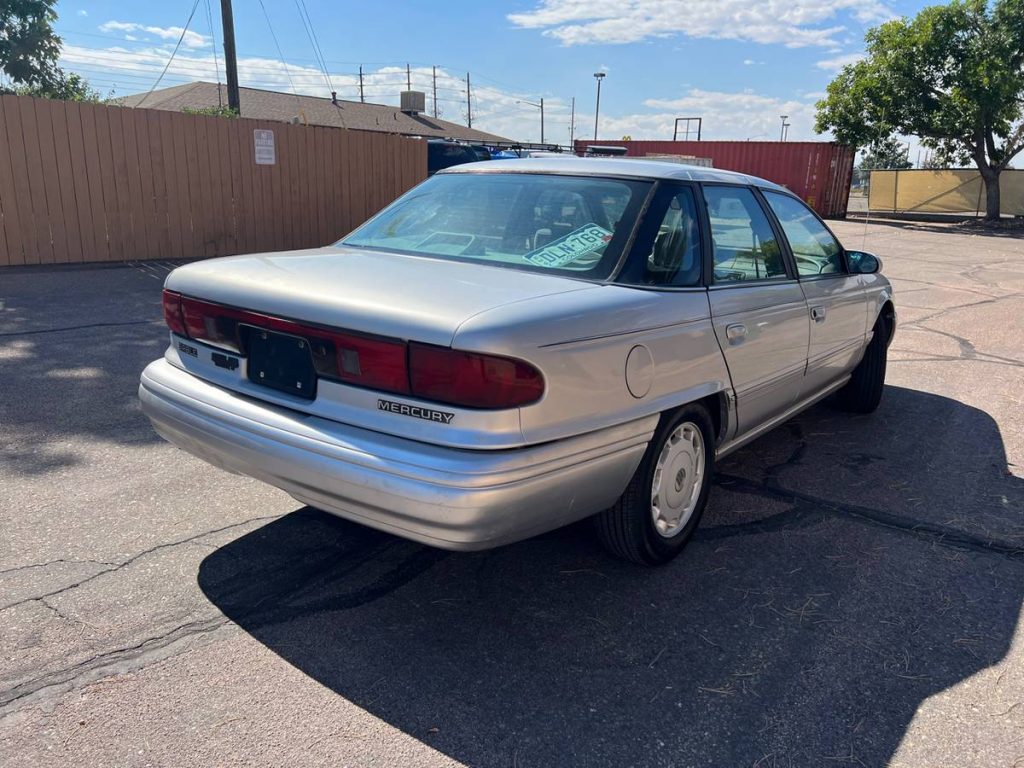 And look! It has a tiny heckblende in the back as well, right above the license plate. Cool, huh?

Well, that’s that. Have a great Thanksgiving, everyone, and we’ll be back on Friday (I think) to pit this weeks winners against each other in the automotive Thunderdome of thought experiment known as “Track, Daily, Burn.” See you then!