It’s time once again for your favorite early-morning diversion, Shitbox Showdown! Today we have a pair of “holy crap I haven’t seen one of those in forever” economy cars, but first, we need to see which scary European you chose yesterday:

Salute, Alfa! Yeah, I think that would be my choice too, if I had to choose one. But it would be fun to fix up the Rover strictly for the reactions it would get at the Portland All-British Field Meet. I don’t think I’ve ever seen one there.

You know what else I haven’t seen, at least in a very long time? A third-generation Honda Civic hatchback, or a Mazda 323 sedan. Today, we have one of each. Both run and drive, both are in reasonably good shape, and both are stickshifts. Let’s take a look. 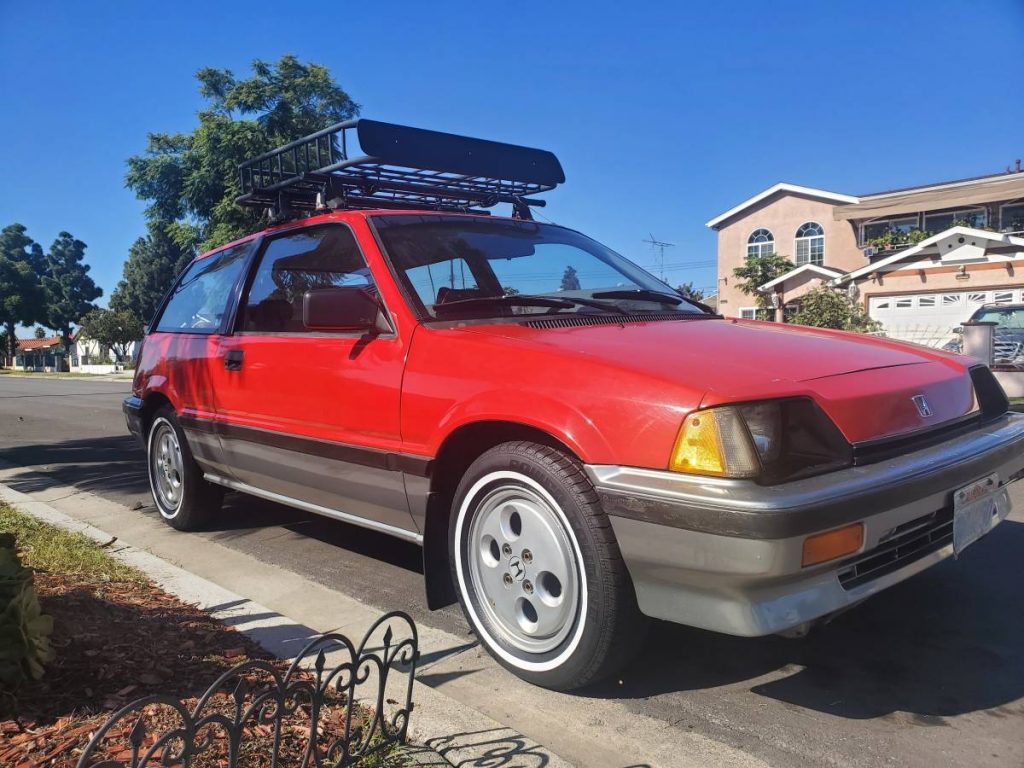 In 1984, the Honda Civic went from frumpy to futuristic overnight. The low, angular styling of the third-generation Civic signaled the start of something that continues to this very day: the sporty small Honda. The US wouldn’t get the Si model until 1986, but we did get a special “S” model, with a 1.5 liter version of the carbureted CVCC engine and some extra touches like sport seats and alloy wheels. The two-seat CRX was the star of the show, but if you needed a back seat, the S hatchback was a good substitute. 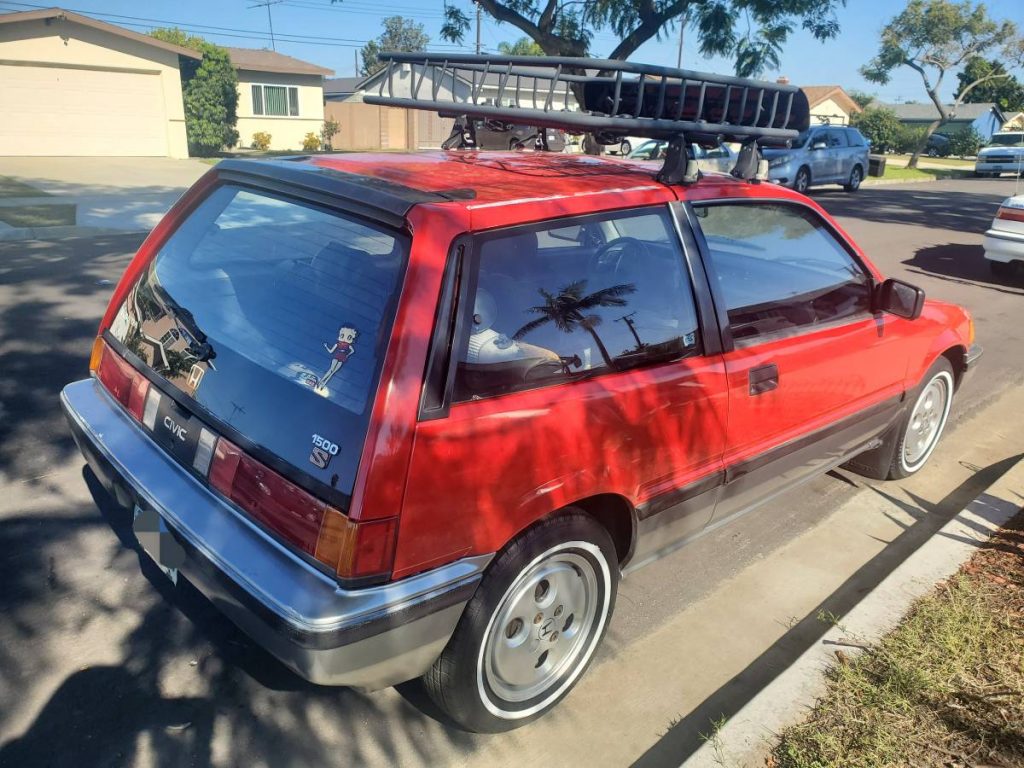 This Civic has been around the block; if I’m reading the ad right, it has 364,000 miles on the clock. It looks pretty good for that many miles, though we don’t get any interior or underhood photos to really assess. What we can see are a few paint flaws and a spot of rust on one back corner of the roof. Rust is the only natural predator of old Hondas, and it’s worth a closer look to make sure it isn’t too far advanced. 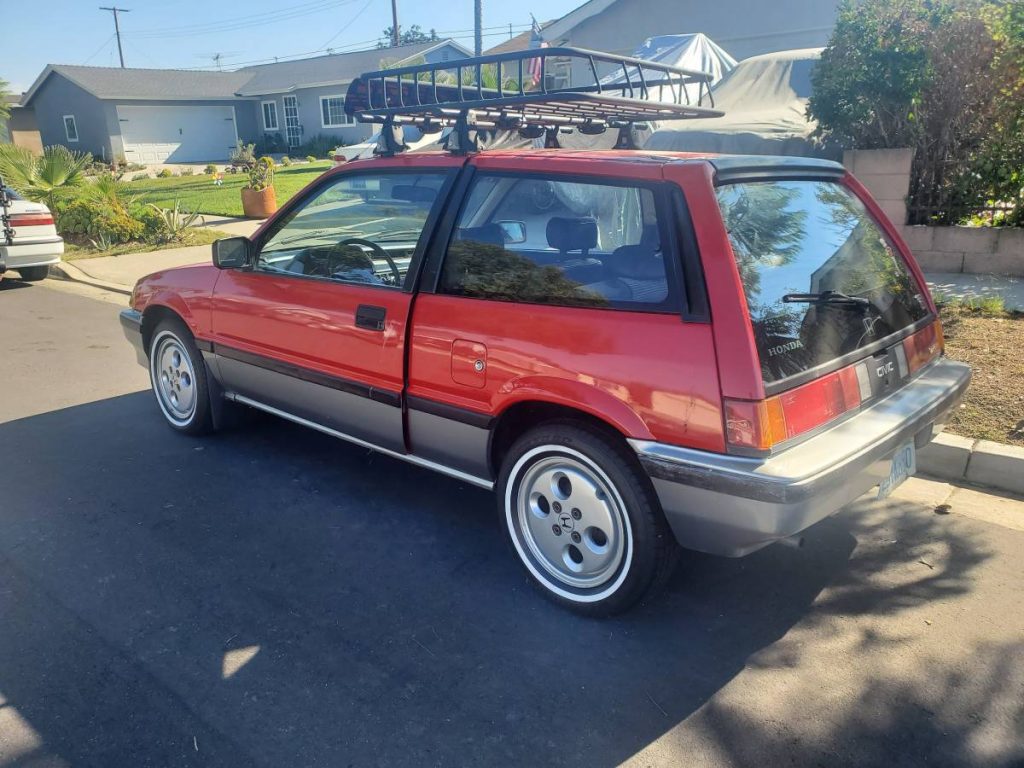 The seller says it runs well, and that they’ve been “fixing it up,” but no details are provided on what that fixing up entails. The whitewall tires are an interesting choice; I wonder if they managed to find new 13-inch whitewalls for sale somewhere, or if they’re impossibly old and rock-hard and need to be replaced immediately. 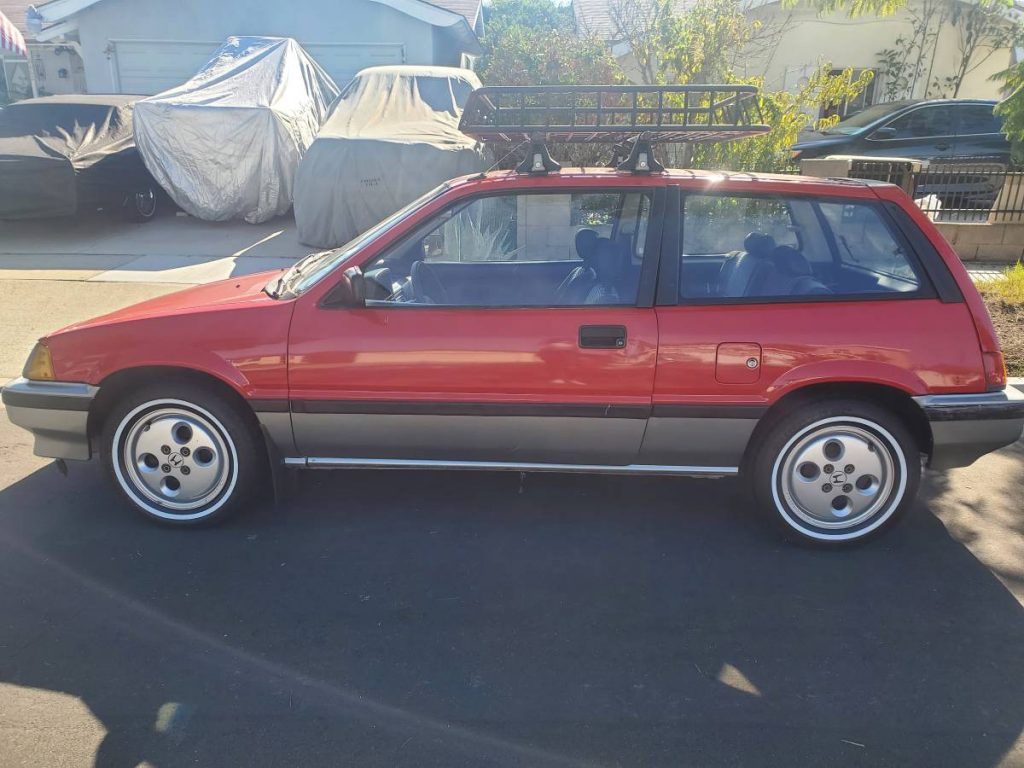 I confess I don’t understand the “let’s drive around with an empty basket on the roof” trend; I did it briefly when I moved, because I didn’t have a place to store the basket, and it whistled in the wind and cost me two miles per gallon. Easy enough to ditch the basket and roof racks, though. At least they left the suspension at the stock height. 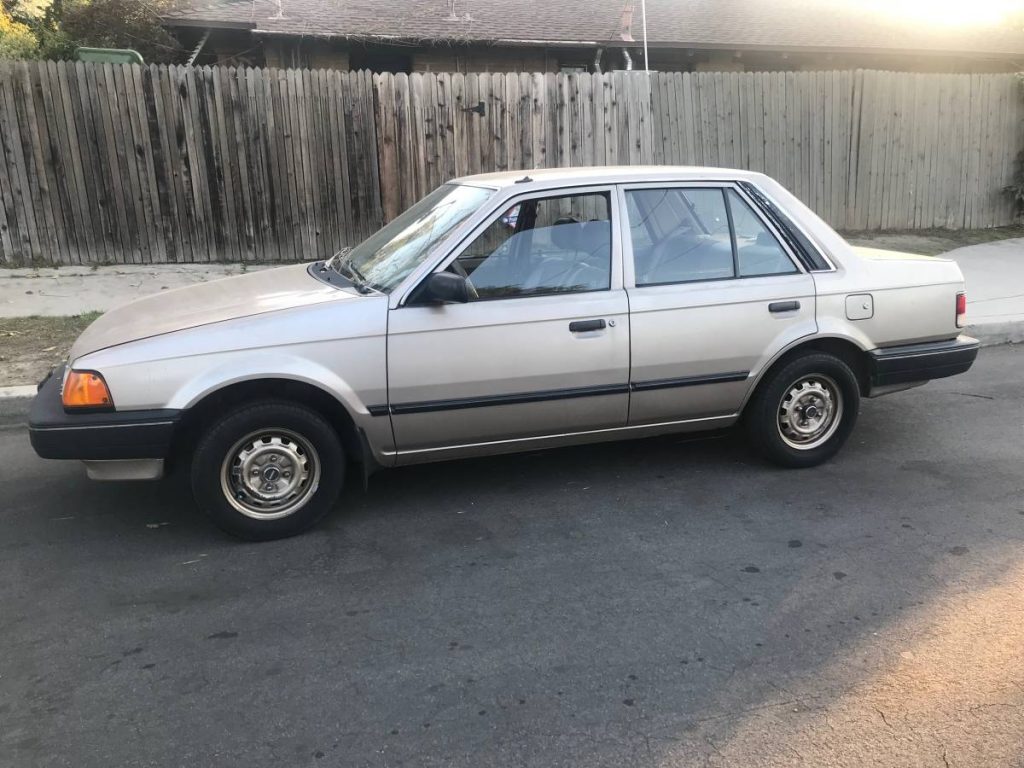 Mazda’s Familia line of small cars came to America under a few different names: it was the GLC for two generations before this car, and the Protege for three generations after, but for four years in the late 1980s it was known by the same name as much of the rest of the world: the 323. 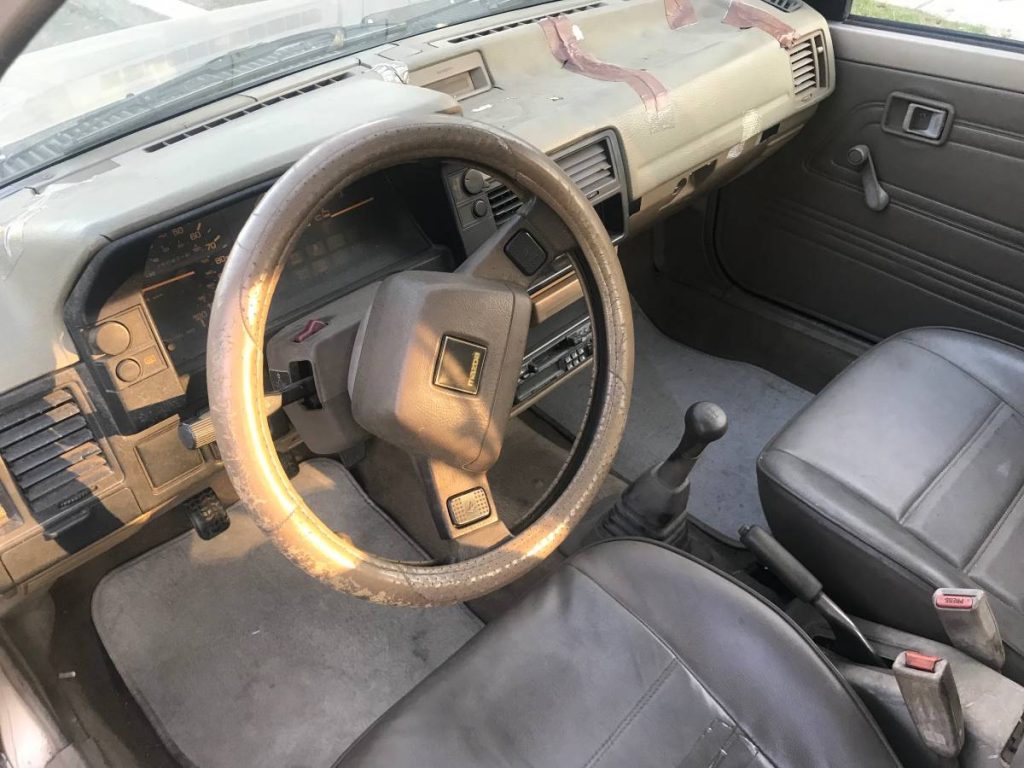 This 323 appears to be a plain-Jane base model, with vinyl seats, and lacking niceties like air conditioning, power steering, and even a right-side mirror. Maybe they figured you won’t ever be going fast enough to be in the left lane, so you’ll never need to merge back to the right? If it is the base model, it doesn’t even have a fifth gear, but it does have multiport fuel injection, like all US model 323s. 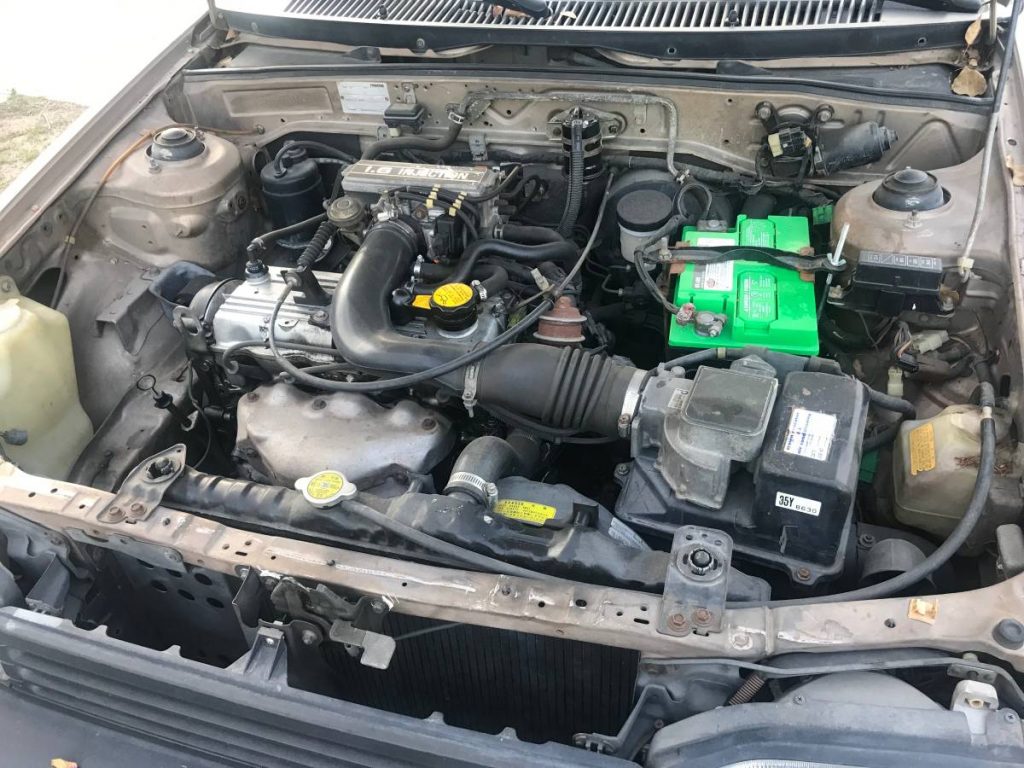 The seller says this 323 is “great transportation” and has “no issues,” but doesn’t give us much to go on besides that. It’s on non-op registration, but has October 2022 tags. Not sure what that’s all about; maybe it won’t pass smog, so they just put it on non-op? It’s a question you’d want to ask. It is in excellent condition, with only some cracks in the dash and a slightly crooked rear bumper. 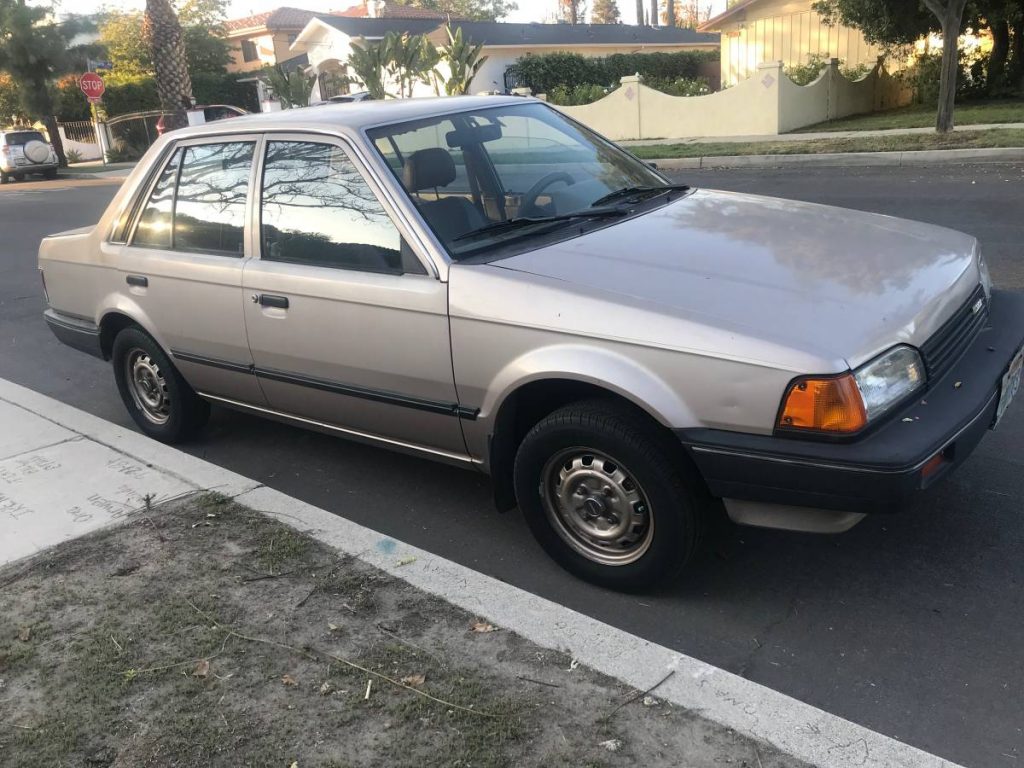 For many years, I have really liked ultra-stripper cars like this. I’ve owned quite a few over the years. But as I get older, I start to see the value in things like air conditioning, comfy seats, and, God help me, even power windows. I have to reluctantly admit that this car might not be well enough equipped for me any more.

I think either of these could still have some value as basic transportation, and either one would draw a crowd at Radwood, I bet. Which one is right for you?