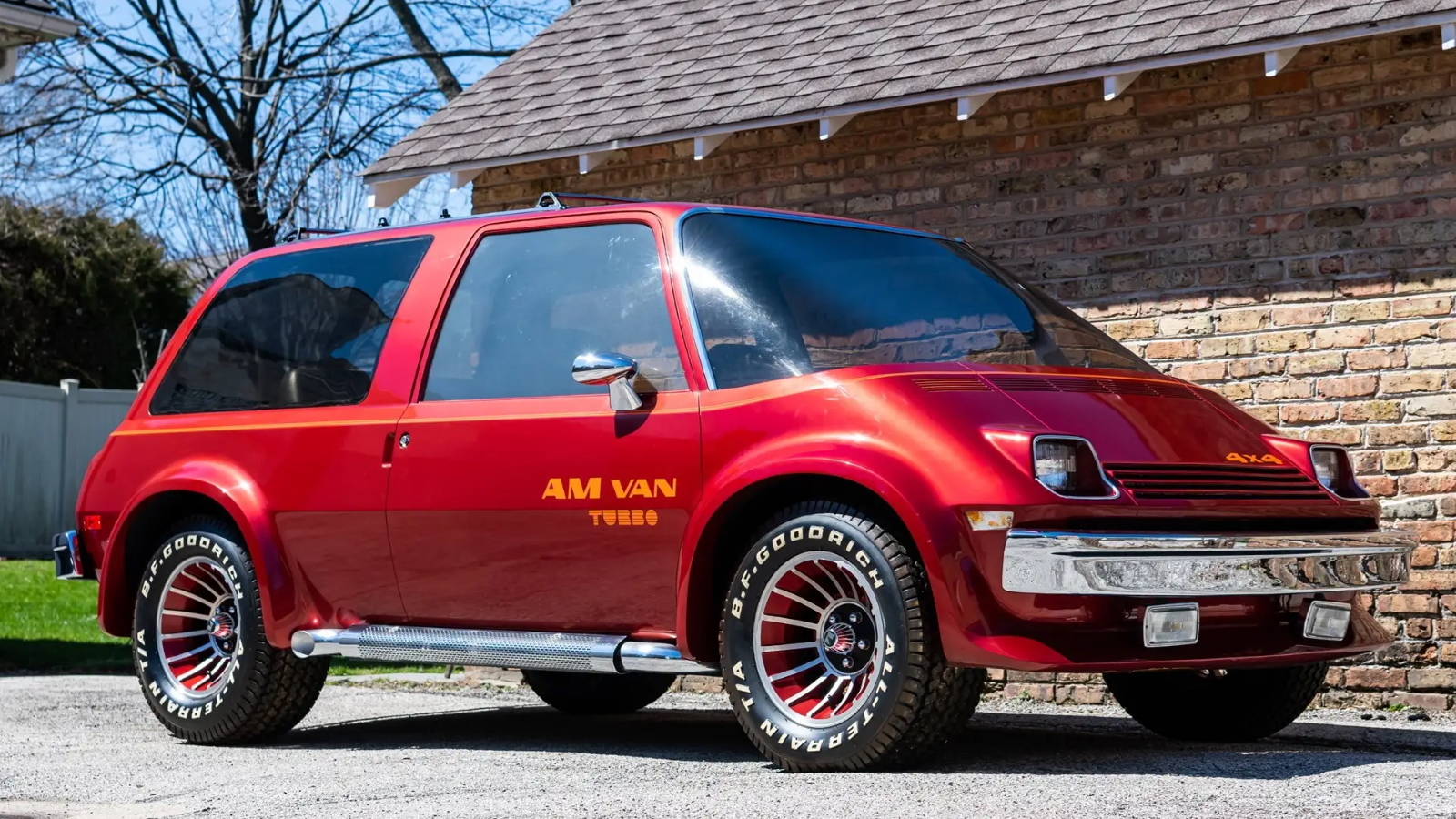 Ladies, fellas, and the people who don’t give a damn, fasten your seatbelts. The incredible, sexy AMC AM Van is up for sale, offering more sport with more utility than ever before in the history of the universe. Wait a sec. What the hell is an AM Van and why does it look like a Pacer that chewed on Willy Wonka’s special gum?

Cast your mind back to the 1970s. Or don’t, because anyone who knows about shaggin’ wagons and claims to remember the decade of cocaine is probably lying. Anyway, American Motors Corporation had a traveling concept car circus back in 1977 called Concept 80. It was a bit like if GM’s Motorama was held in an era of austerity, stagflation and disillusionment. There were a few compact concept cars built for Concept 80, but the best of the bunch was this glorious AM Van.

Would you just look at it, a glorious cab-forward pearlescent red vision of sporting vehicles in the future. Its color-matched turbine-style alloy wheels shod with beefy all-terrain tires and set in bulging fender flares that would make Liberty Walk blush. From its deep chin spoiler to its rear barn doors, this van means business. It only has one door per side because it’s meant for hauling ass, grass and little more. Legendary AMC stylist Richard Teague may have sketched out the Gremlin on an air sickness bag, but he knocked the AM Van out of the park. Even the name was a stroke of genius. AM Van. It’s like if Groot from Guardians of the Galaxy had a mullet and tickets to Black Sabbath.

Leaning in to the minutiae of the AM Van, Jason and I are very pleased to see minimalist door handles making their way onto this concept. Instead of proud handles, the quarter panels are punched in where they meet the door to allow drivers and occupants to slip their hands in the door jamb and press a hidden release. We’ve seen this style of door handle before on the Renault Fuego, Cadillac XLR and Mk1 Fiat Panda, and it’s always a nice touch. No unsightly visible release, just clean integration into the vehicle’s design. 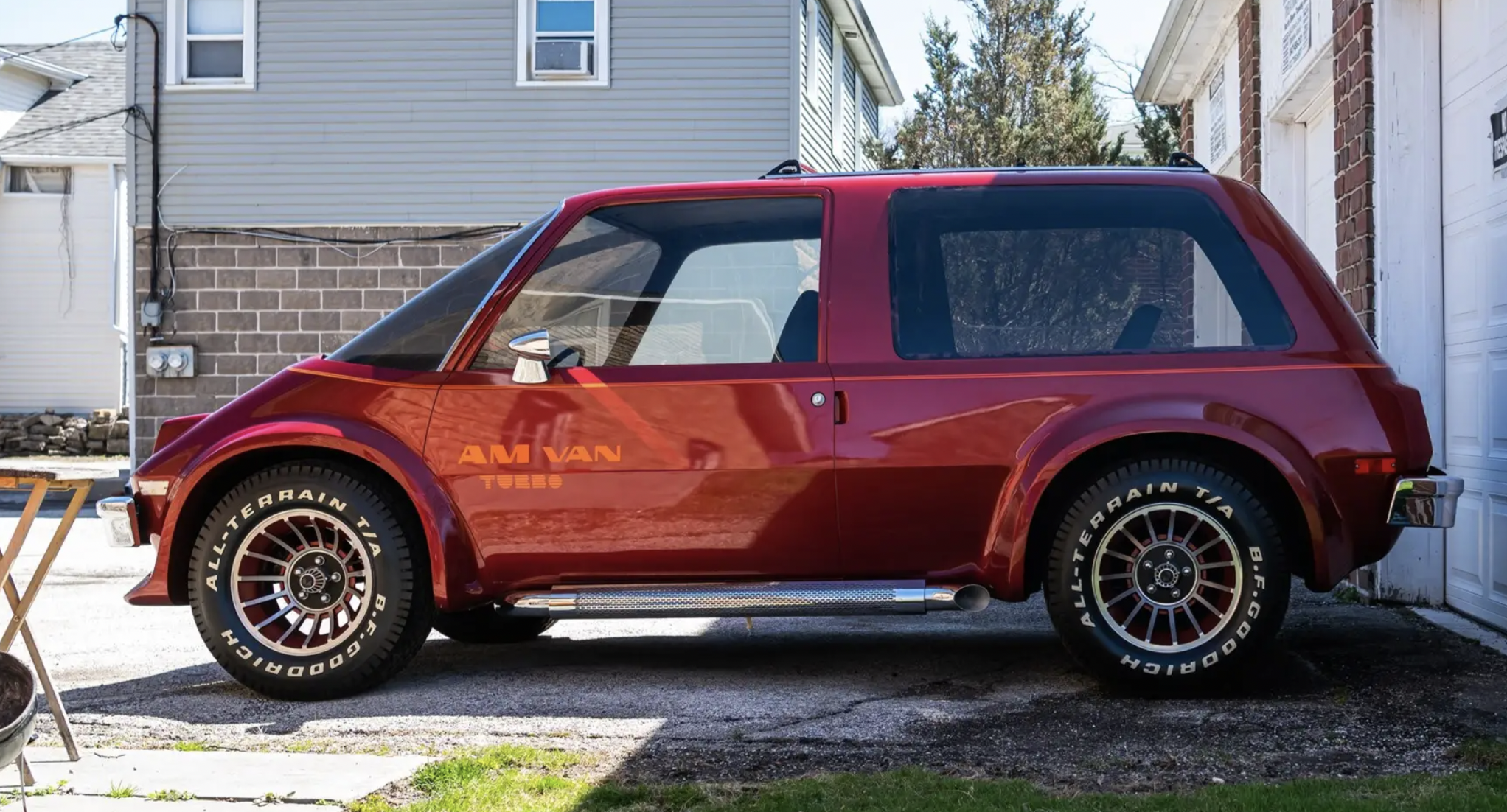 Up front, two rectangular driving lights mounted underneath the front bumper were most certainly a flex in the 1970s, as was the very European color-keyed grille. I quite fancy the chrome-plated mirrors as well, a touch of jet age clinging on to the remnants of the American Dream. It all adds up to one awesome looking wedge of a van.

Perhaps the biggest shock and awe was the van’s purported powertrain. As trumpeted by the beefy all-terrain tires and massive turbo graphics, AMC claimed that the AM Van had a turbocharged engine and four-wheel-drive, seriously futuristic stuff for the 1970s. This was a full three years before Audi launched the legendary Quattro, so nobody had really done this sort of thing in a practical vehicle before, and nobody had ever paired that drivetrain with a wicked set of side pipes. 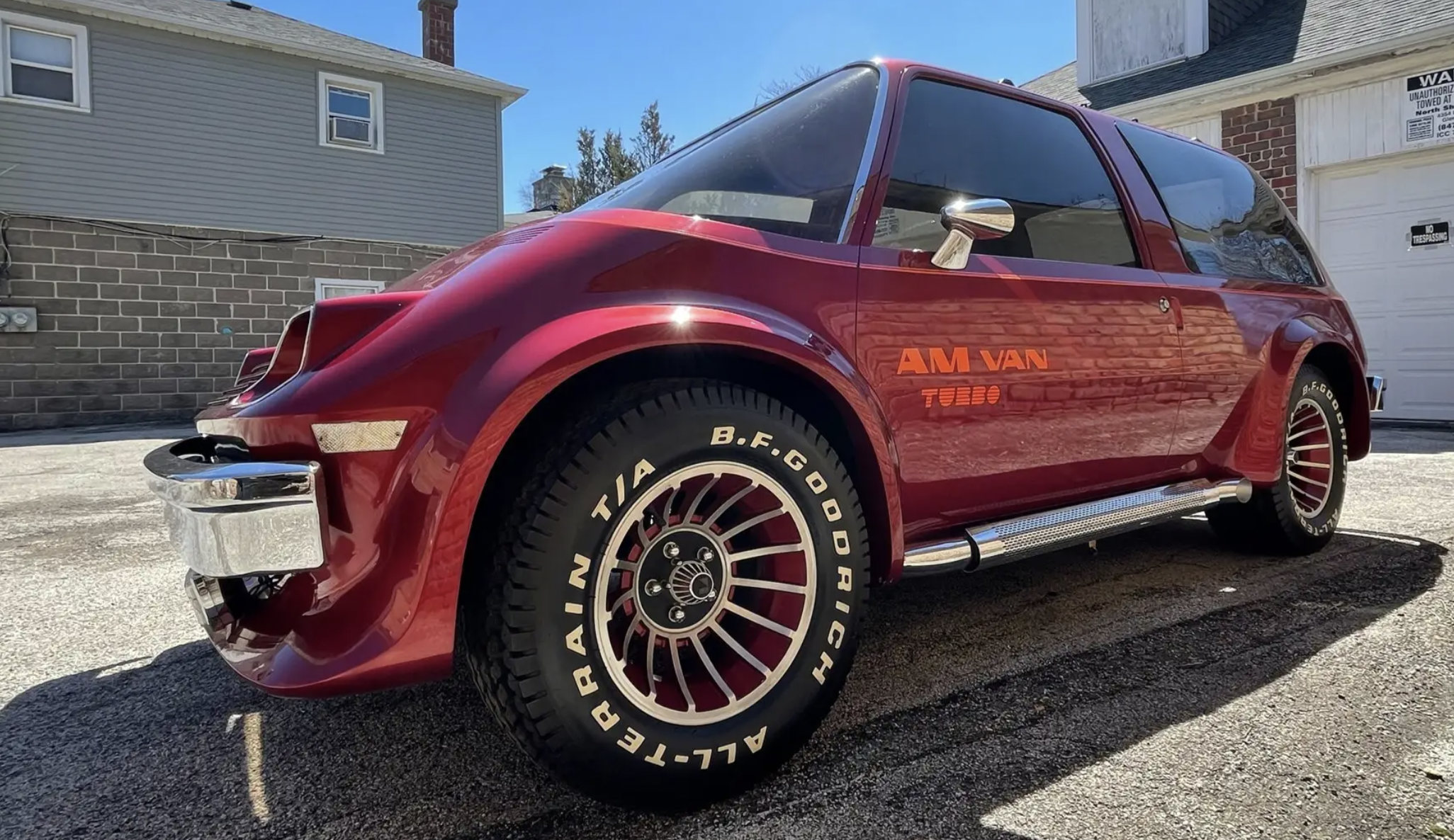 Unfortunately, that drivetrain is also completely fictitious. The AM Van is little more than a fiberglass sculpture, the doors don’t open, the power comes from whoever you can find to push it, and the tinted windows conceal an interior that’s only partly there.

As time generally isn’t kind to non-functional concept cars, a few cracks appear in the AM Van’s laugh lines, a certain acknowledgment of the decades if you will. The right A-pillar appears a bit stressed out, while a sizable crack on the chin spoiler likely resulted in someone getting a stern talking to. The chrome is slightly pitted and the paint is full of more swirls than a Cinnabon franchise, but that’s neither here nor there. I know damn well that I won’t look as good as the AM Van does when I’m 45 years old, so I don’t have much room to complain.

Should you desire this astonishingly cool piece of AMC history (and let’s be honest, who wouldn’t?), you can bid on the AM Van during RM Sotheby’s Sand Lots auction, happening May 25 to June 1. 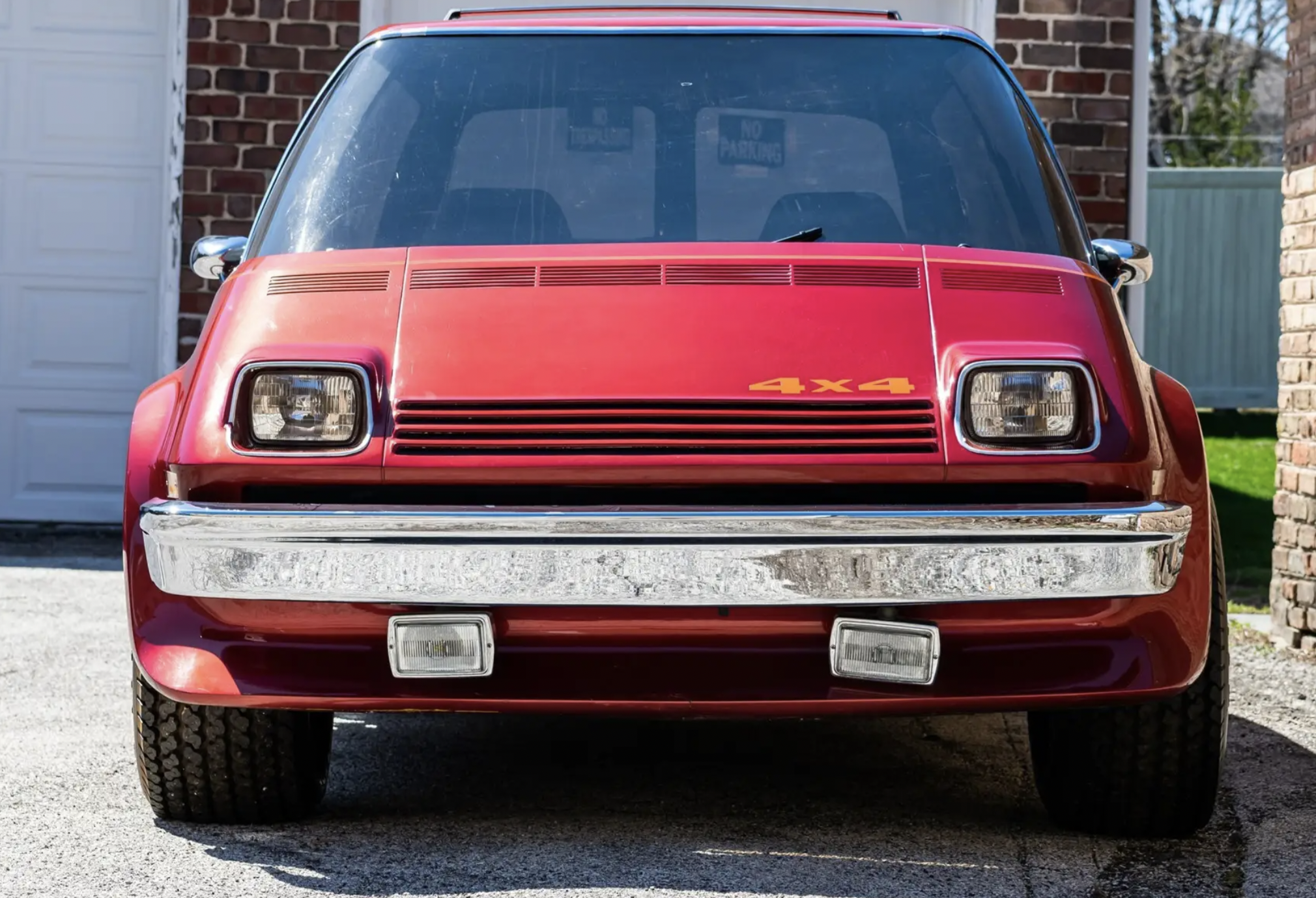 Honestly, I have no idea what such an amazing bit of history is worth. One million dollars? Two flood-titled speedboats? Half a case of Michelob Ultra and a crispy hi-five? Whatever the value of the AM Van is, you can be sure that it’s worth it. I’d do things only spoken of on Urban Dictionary to stare at it every day.

Thomas is a Nu Rave-blaring, heel-toe downshifting, maple syrup-swilling, chassis-geeking, junkyard parts-hauling, floppy-haired scenester who's been writing about cars since college. His current ride is a 2006 BMW 325i with the six-speed manual gearbox. Instagram: @thomas.hundal Twitter: @thomashundal
Read All My Posts »
PrevPreviousWhy The AMC V8 Engine Found In Some Of The Greatest Cars Of All Time Is Such A Humongous Pile Of Shit
NextHow Lamborghini Completely Half-Assed The Lights On Its Most Legendary SupercarNext