I’ve said it many times before: The vehicles most at-risk of going extinct aren’t exotics or luxury cars, they’re “normal cars” — old Ford Escorts, simple Chrysler LeBarons, and regular old Jeeps. The Jeep Grand Cherokee ZJ, for example, gets no love from collectors, largely because it’s justifiably overshadowed by its prettier sibling, the Jeep Cherokee XJ. The result is that ZJs are cheap, often poorly-maintained, and just a basic fender-bender away from heading to a junkyard. That fate, however, cannot befall the most coveted version of the ZJ, the manual, one-of-1400 “Holy Grail.” I simply will not allow it, which is why I’m writing this post to help a gentleman find a good owner for his rare, incredible Jeep.

Whew, it’s been far, far too long since I’ve written about “Holy Grail” Jeeps, and taken a lashing in the comments from folks annoyed by the fact that, somehow, there appear to be far more Holy Grails than one might expect (apparently there’s only one true grail? I’m not buying it). But if anything, that just furthers my point that these machines are excellent automobiles that never die.

For those of you who have somehow missed out on my 2.99 x 10^8 articles about what I consider the greatest overlanding Jeep of all time, what you need to know is that the Jeep Cherokee XJ was meant to be phased out in the early 1990s, with the Grand Cherokee taking over. Chrysler decided to keep the XJ around as a cheaper, smaller option, but make no mistake: The ZJ was an improvement to the XJ in many, many ways. It was a bit bigger and only about 350 pounds heavier, it featured a fully coil-sprung suspension with a much nicer ride, NVH improvements meant the cabin felt 20 years ahead of the XJ, the cooling system was much more robust, the seats were more comfortable, and on and on.

The only problem was that Chrysler decided to install its own automatic transmissions into the thing instead of using the tough AW4s found in the XJs; the result is that many, many ZJs found themselves unable to drive themselves to a junkyard, instead strapped to a tow truck. There were, however, a few ZJs built with the AW4, and a few built with the also-tough AX-15 five-speed manual transmission. If you could find one of those, you’d have a machine as reliable as an XJ Cherokee, but improved in almost every other way. That is to say, you’d have arguably the greatest overlanding Jeep ever built; there’s a reason I call them the “Holy Grails.”

Now, just because I’m obsessed with them doesn’t mean anyone else is, which is why I come to you in search of an owner who can give this rare machine the love and respect it deserves: 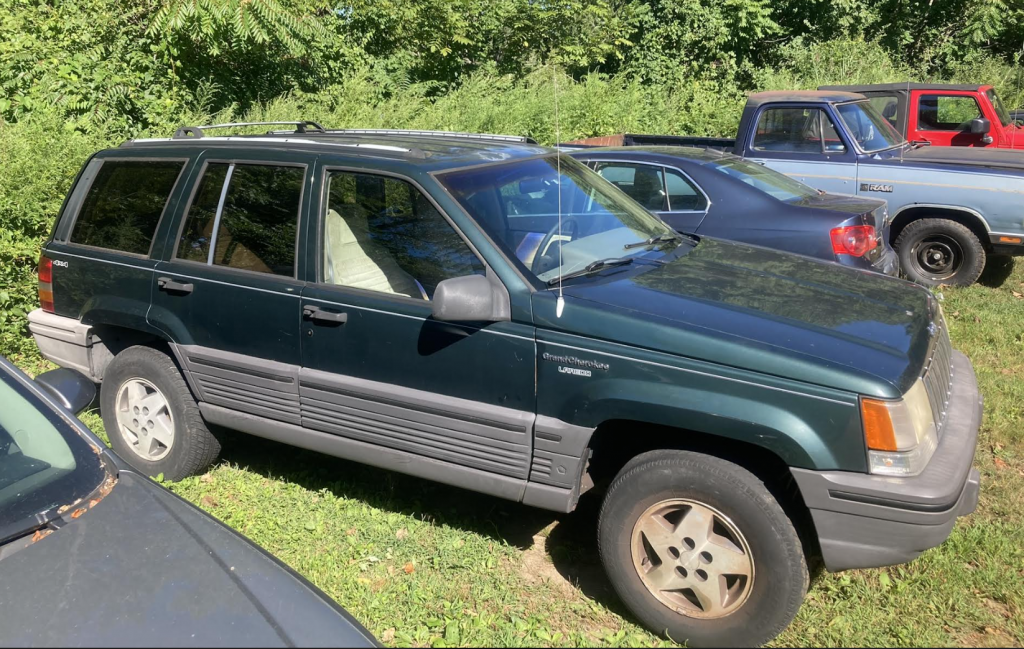 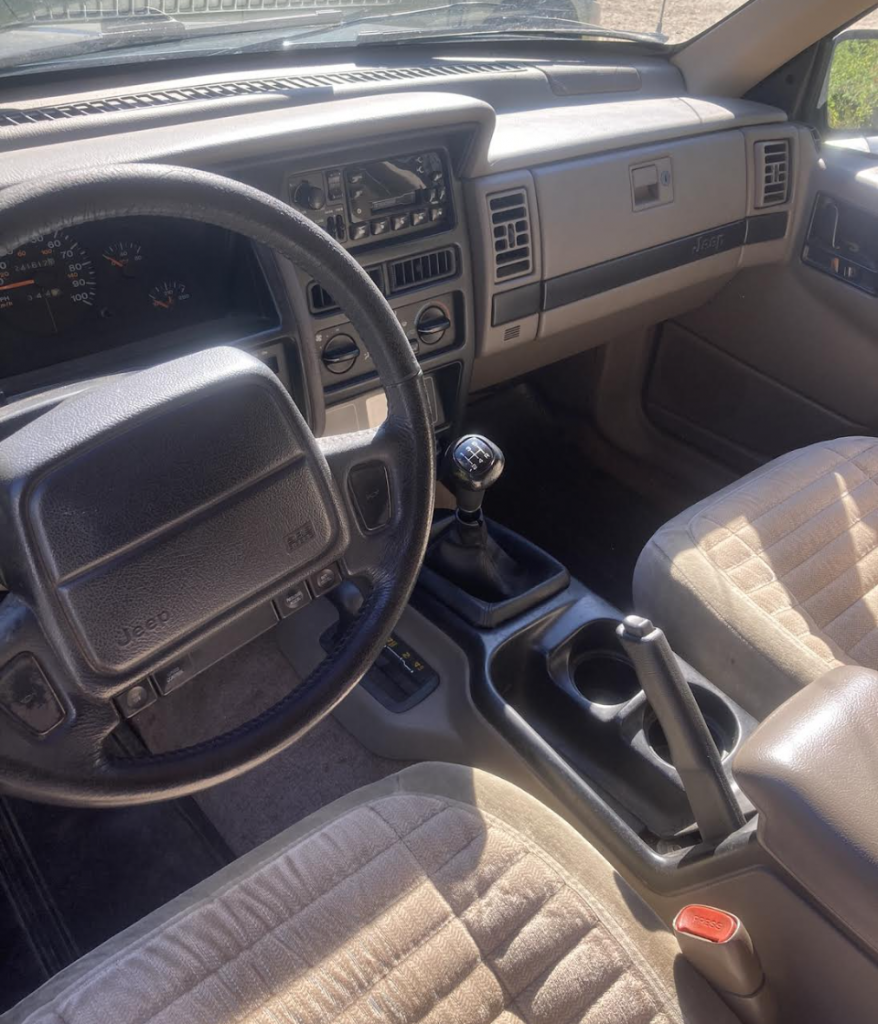 The owner did not ask me to post this; I’m writing this because I really, really want to buy this thing myself. I mean really want to buy it. Look at that beautiful tan interior! And it’s only ever been owned by a single family! That’s the original radio in there!

But I can’t pull the trigger on the 242,000 mile Grail, because I’m moving to LA, and am in fact currently selling a Holy Grail of my own (see above). I will have my fleet reduced to five cars soon, and though it’s killing me a little inside, I know it’s for the best. Still, I can’t bear to see this glorious green machine potentially go to the crusher. “There has been limited interest in the Jeep and I am thinking of just donating it to NPR or the like,” the owner, Alex emailed me recently.

What the hell is wrong with this world? Limited interest? Do people not realize how incredible this Jeep is? 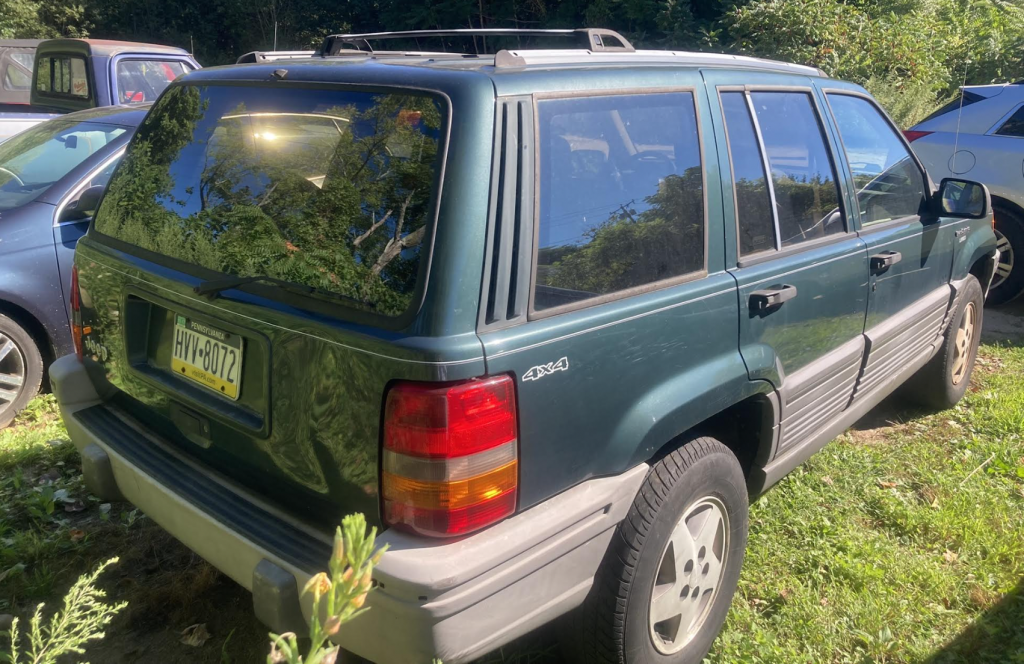 There are a few dings here and there, but you can find pretty much every panel at your local junkyard for dirt cheap. This is the single most common early-ZJ color in existence, and it’s also the best: 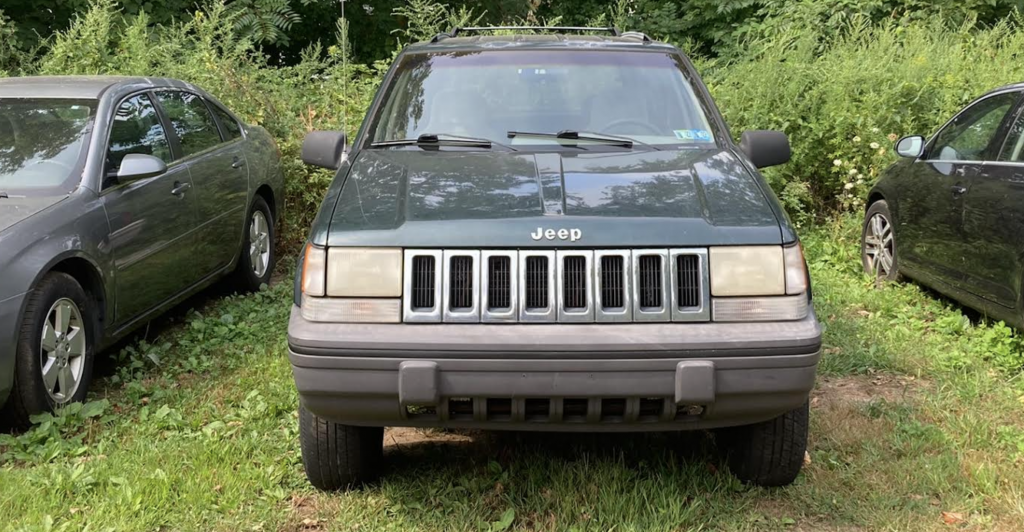 The armrests are a bit cracked, but otherwise the interior looks great: 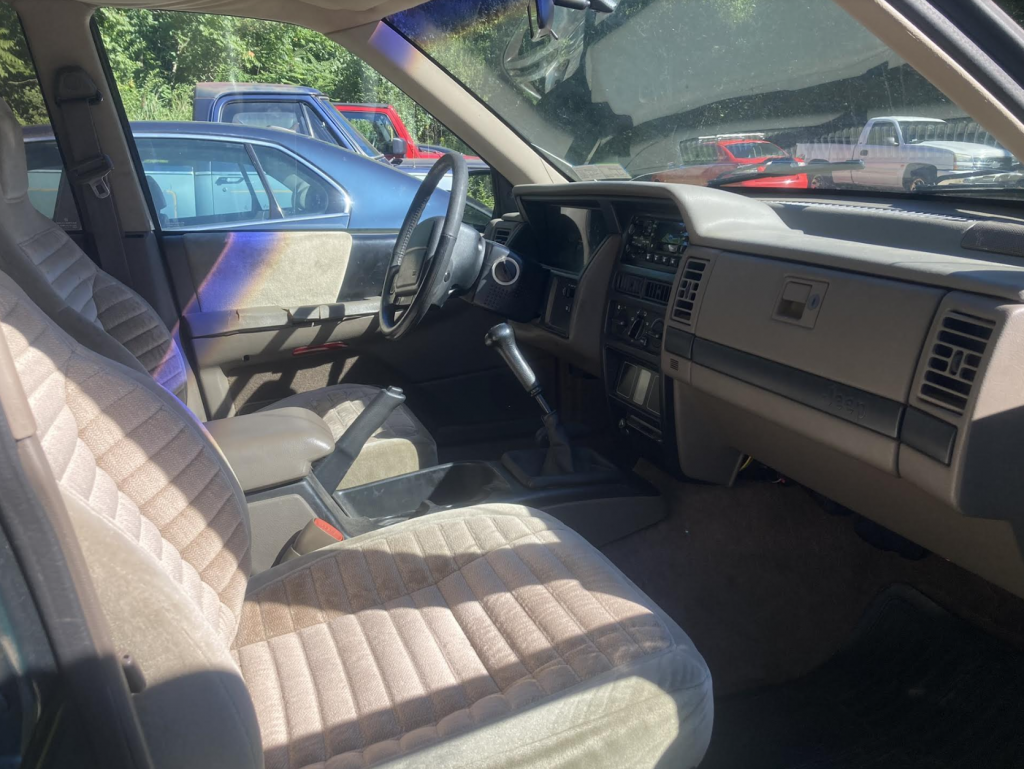 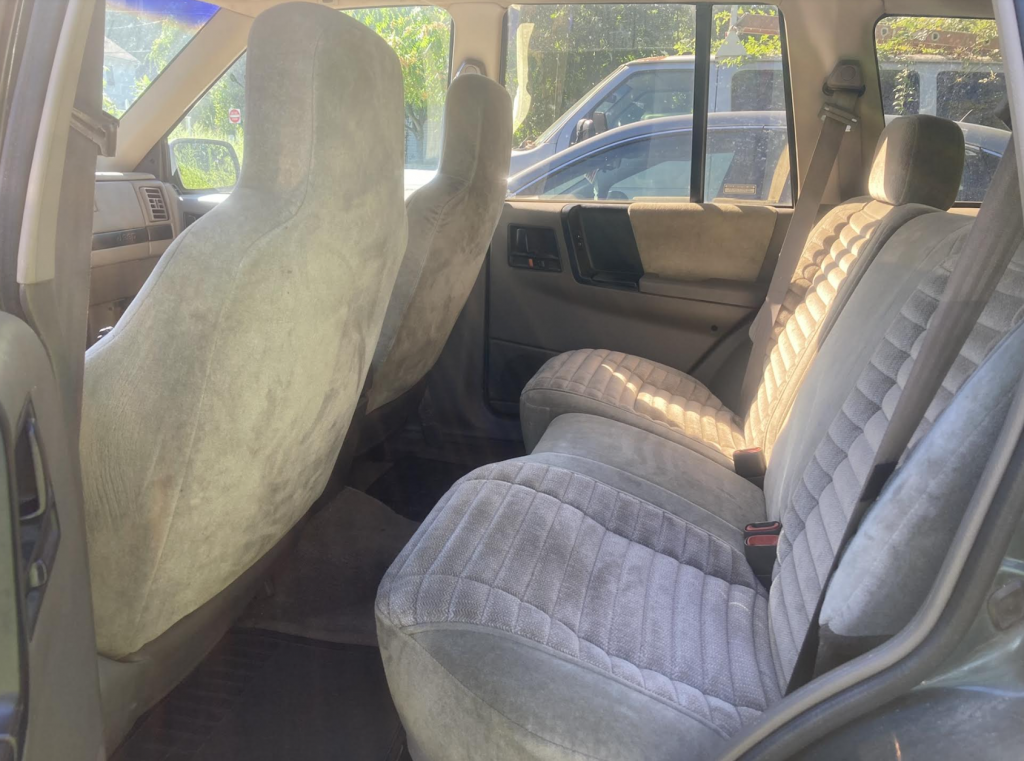 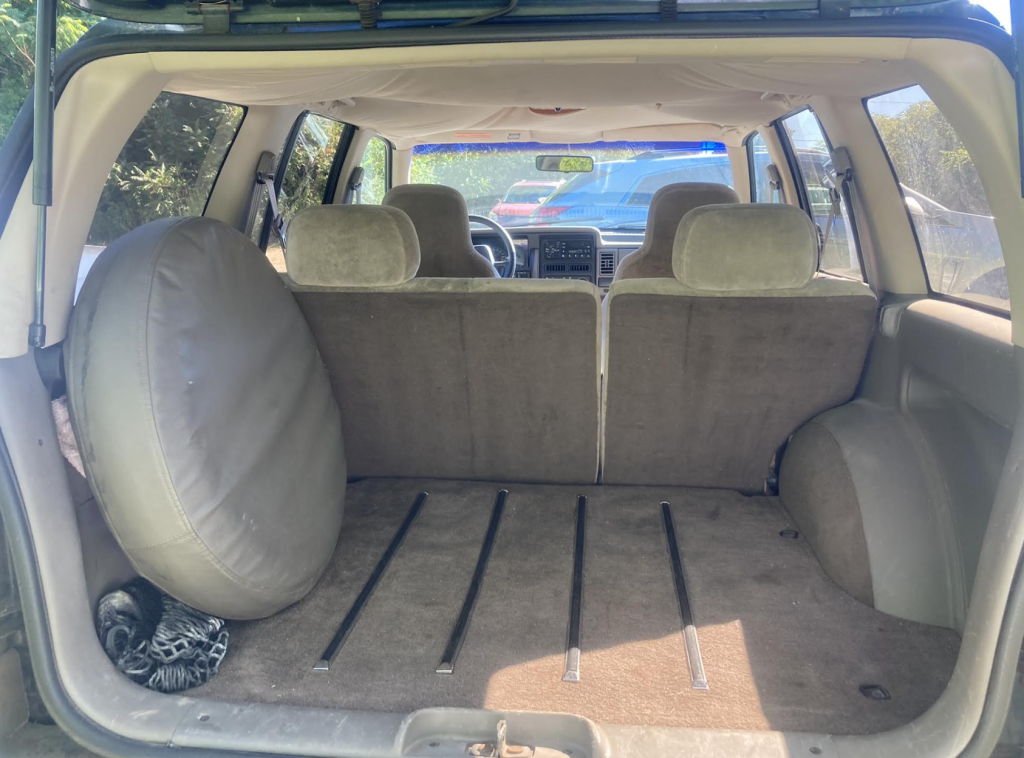 As you can see, there are a few issues. Rebuilding the PCM is doable, and in fact, my friend Dustin has done it on his old “Holy Grail” that I wrote about years ago. 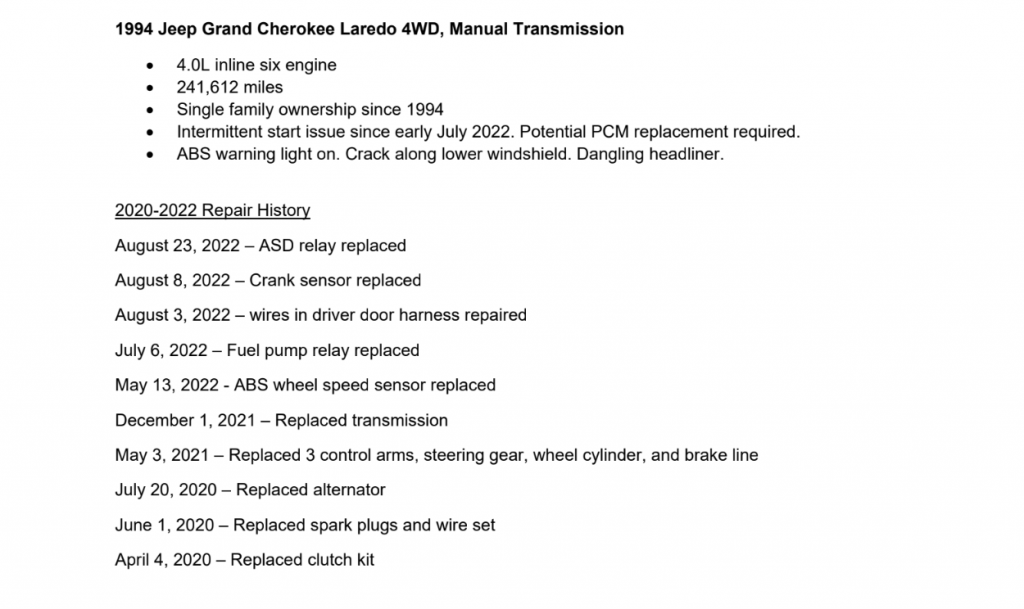 The rust doesn’t look too bad at all! (but you’ll want to check it by poking with a screwdriver): 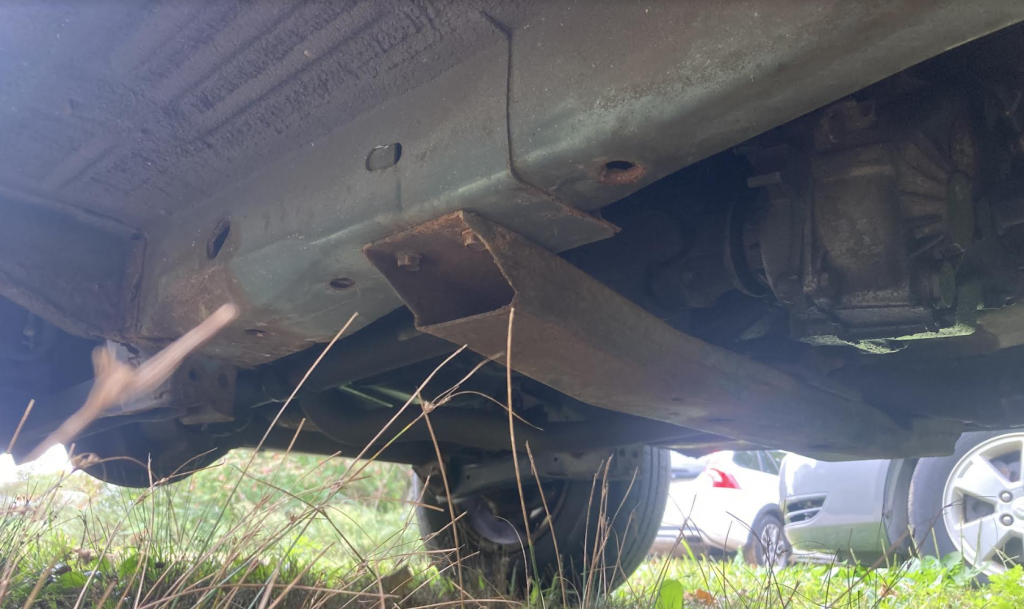 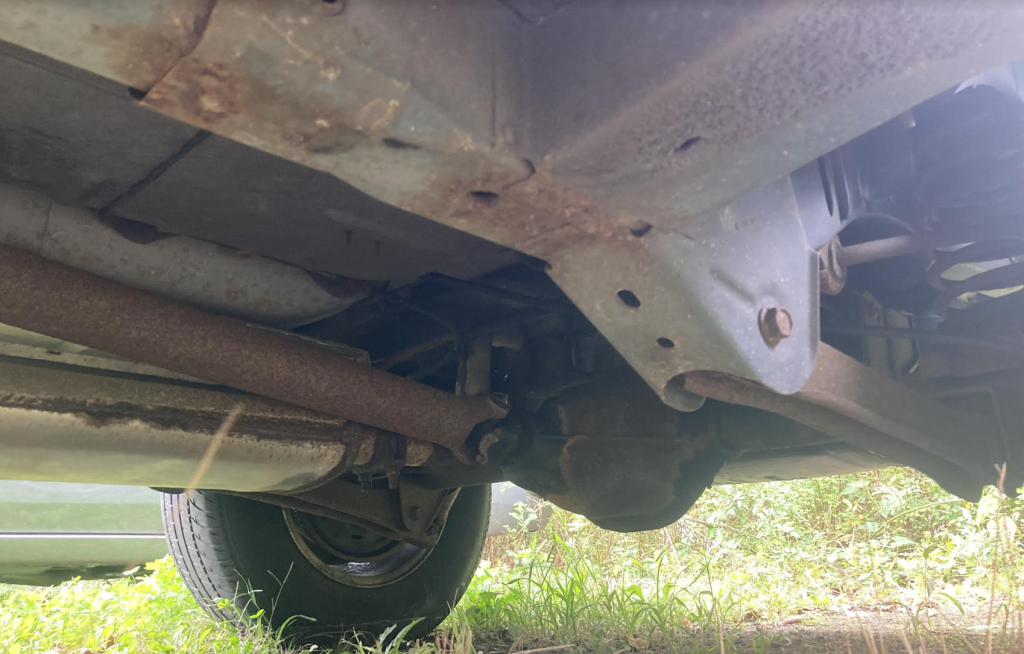 Plus, the owner slapped in a new clutch two years ago! And a whole manual transmission last year! The damn crankshaft position sensor was replaced this year; that’s a tedious job requiring 900 extensions and 30,000 universal joints. 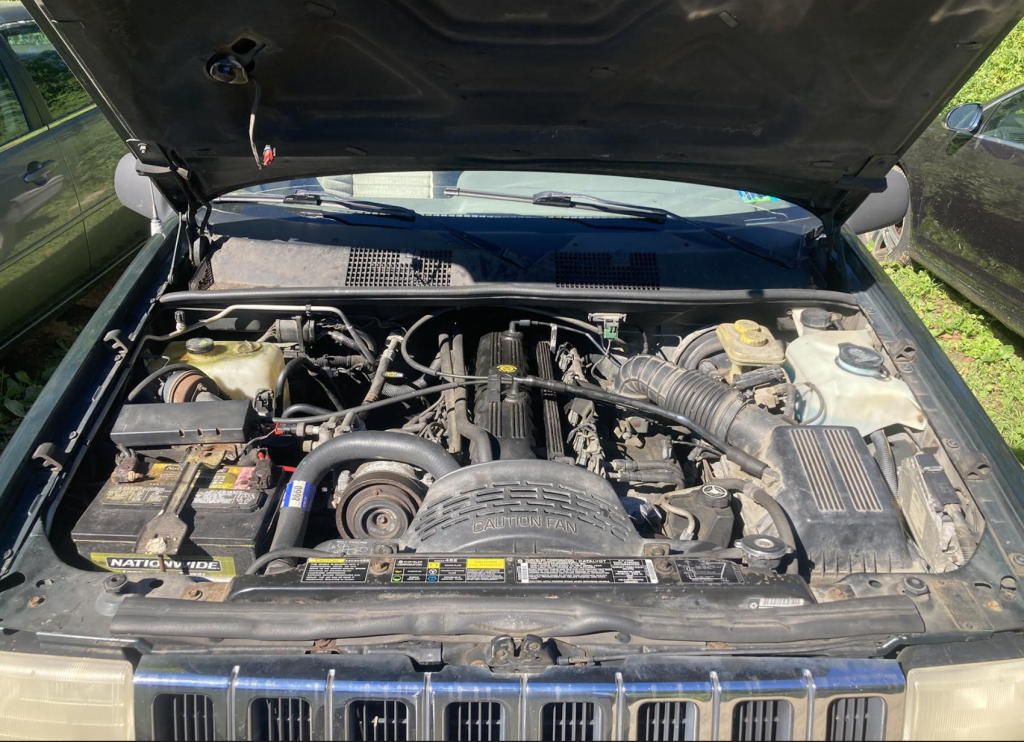 Someone, ideally someone not in the rust belt looking for a winter beater, should consider having a bake sale, making $3,000 off homemade rice crispy treats, and handing those 3,000 singles to Alex. Email me at david@autopian.com, and I can put you in touch with him, should you be interested in rescuing a Holy Grail from the cruel, cruel jaws of the crusher. You’d be doing car culture — and also your heart — a service.