As Suggested By Autopian Staff: 2004 Porsche Cayenne vs 2005 VW Phaeton

Happy Monday, Autopians! Today we have a pair of suggestions by members of our own staff. I wouldn’t touch either of these cars with a ten-foot jumper cable, but they sure are fun to talk about.

But first, a quick public service announcement. I spotted this Jeep Cherokee at my local chain auto-parts store this weekend:

The window sticker is hard to read because my phone camera is lousy, but it says “Certified Shitbox.” I checked our extensive database, and determined that this vehicle has not, in fact, been certified by Shitbox Showdown Industries, Inc., or any of its subsidiaries. It has not passed our rigorous 147-point inspection. Please beware of counterfeits like this, and insist on Genuine Certified Shitboxes when shopping for cheap cars.

Now then, let’s see how our two contenders from Friday fared over the weekend:

Pretty clear victory for the Camaro, though the little Mazda was not without its supporters. The highest offer I saw for the Camaro was a suitcase full of cheap beer, which doesn’t sound too bad, but I have to ask: what kind of suitcase? [Editor’s Note: Pro tip is hold out for an American Tourister because they are the only ones gorilla-tested.– JT]

Today’s contenders were suggested in the smoke-filled back rooms of the Autopian’s inner sanctum. News-man Thomas Hundal found a suspiciously cheap VW Phaeton for sale, and I threw down the gauntlet for someone to find a worthy adversary for it. Mercedes Streeter came through in fine form with a downright scary Porsche Cayenne SUV that fit within our rules. My hat is off to both of them for rising to the occasion, and finding two vehicles that truly capture the shitbox spirit. Both are over-engineered vehicles from Ferdinand Piëch‘s long reign as head of Volkswagen, both have had depreciation curves that made the Cliffs of Dover look like a bunny ski slope, and both are guaranteed to try the patience of any shadetree mechanic brave or foolish enough to take them on. Let’s dig in. 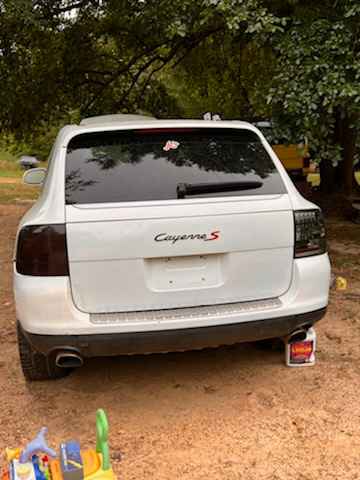 Runs/drives? I think so, but not driveable due to a coolant leak 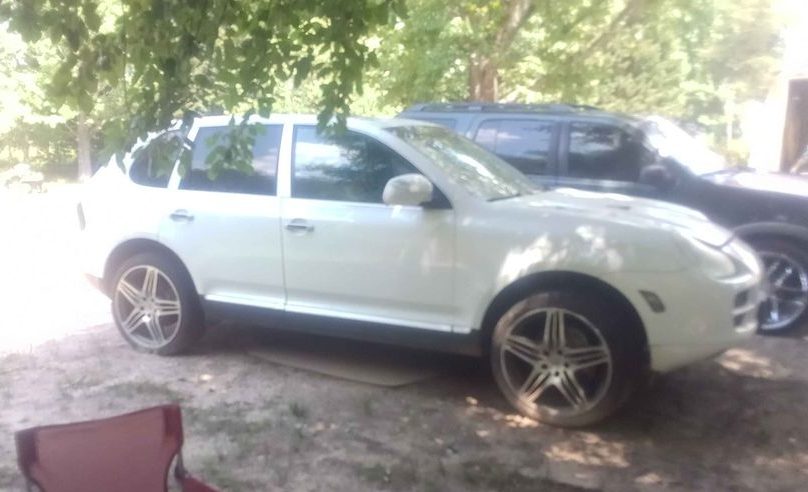 The Cayenne shares a platform and some sheetmetal with its corporate cousins the VW Touareg and Audi Q7, but the overall look is undeniably Porsche. This is the Cayenne S model, with a 4.5 liter V8 and a six-speed automatic equipped with the VW Group’s “Tiptronic” manual shift mode. The Tiptronic allows gear changes via a separate gate on the shift lever, instead of the “flappy paddles” behind the steering wheel that are fashionable these days. Personally, I prefer this, as I have hit flappy paddles by mistake and changed gears without meaning to. I’d rather reach down and yank a lever. 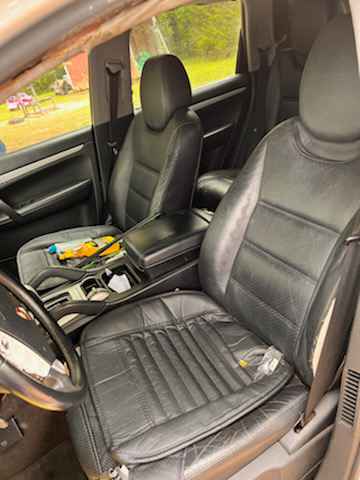 This Cayenne needs some help. It has a coolant leak which apparently is bad enough that the car can’t be driven. From what I gather, it runs all right other than that. But the common coolant leak with these engines, it seems from a little research, is a series of pipes that run through the valley between the cylinder banks and are made of plastic. There are aluminum upgrade pipes available, but getting to them looks like a real chore. To make matters worse, while you’re in there, you might as well replace the starter, which also lives in that valley (because that makes sense) and can be destroyed by leaking coolant. You can probably get this thing running like a Porsche again, but it’s not going to be easy. 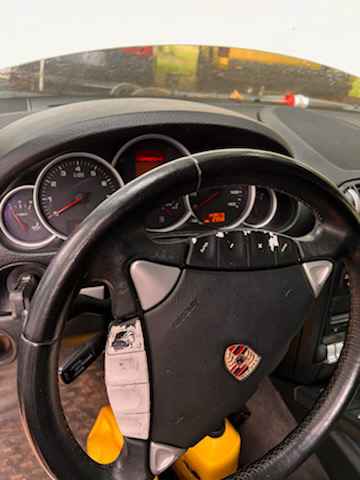 A bigger problem is that all that work is hardly worth it, unless you specifically want an SUV with a Porsche badge on it. Take away the badge, and it’s just another grubby almost 20 year old crossover with far higher than average maintenance needs. Sure, it’s fast(ish) and cool(ish), but it’s one hell of a commitment. 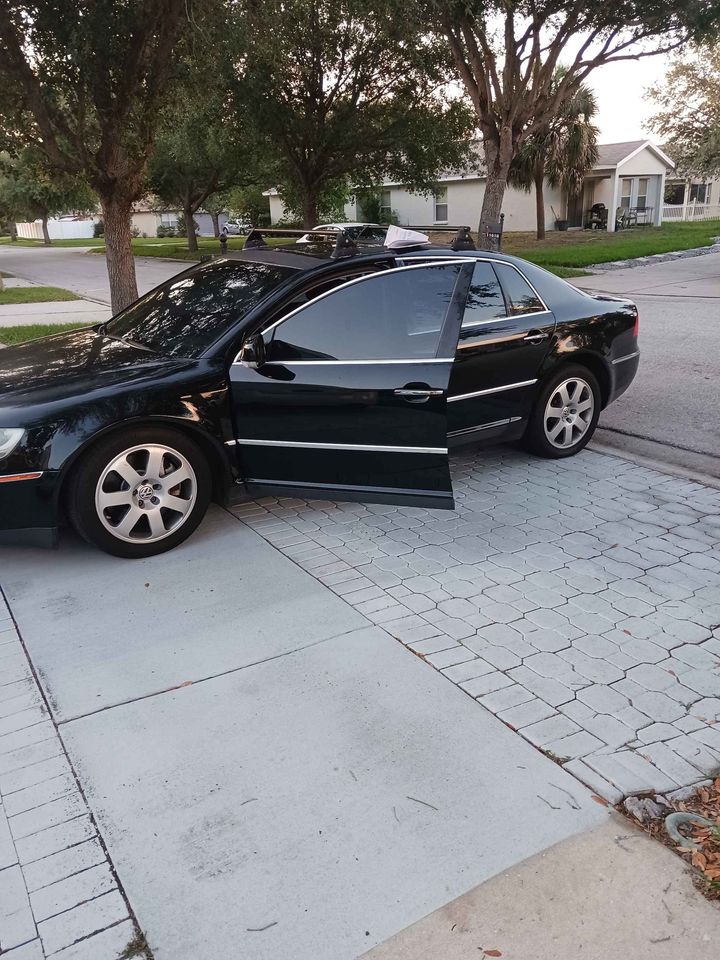 If you thought the Cayenne was complicated and high-maintenance, do you want to see something really scary? May I present to you the Volkswagen Phaeton. Conceived by Ferdinand Piëch himself, in part as retribution on Mercedes and BMW for playing in Volkswagen’s economy-hatch sandbox, the Phaeton was too much. Too lofty, too expensive, too complicated, too hard for car shoppers to accept with the same badge as their uncle’s Rabbit. Only a couple thousand Phaetons were sold in the US. 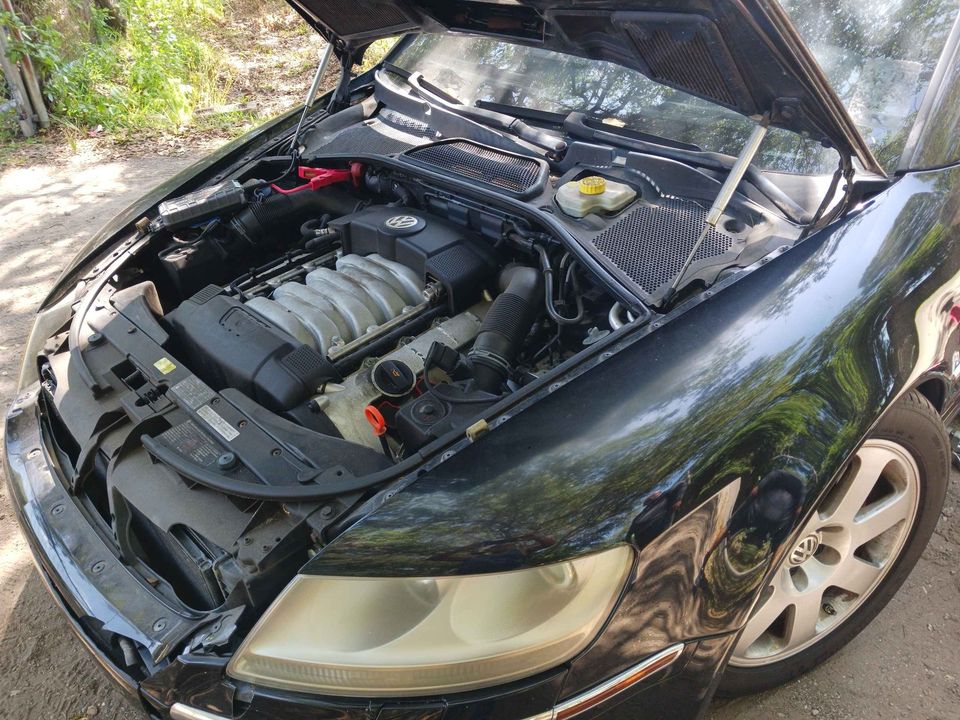 This Phaeton is equipped with a 4.2 liter V8 engine, shared with the big Audi sedans of the time. A few Phaetons were sold with VW’s legendary W12 engine, which in twin-turbocharged form found its way under the bonnets of various Bentley models. The V8 is actually a mark in this car’s favor, from everything I’ve read; it’s merely a nightmare to service and repair, as opposed to the near-Lovecraftian madness-inducing W12. 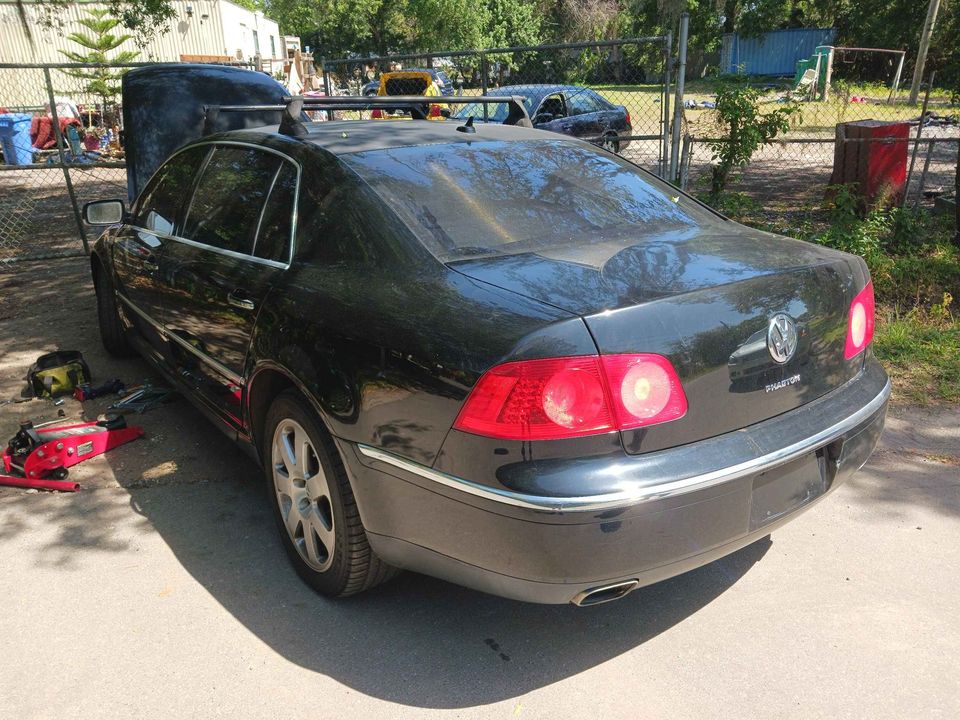 According to our own modern Volkswagen aficionado Mercedes Streeter, the suspension in this car is a disaster waiting to happen. The Phaeton has an insanely complicated adaptive air suspension, with air bags that are prone to leaks and carry a price tag of around $1,8oo each (plus installation). This car’s suspension may or may not be fine, but the variety of jacks on the ground next to the car in photos don’t inspire confidence. 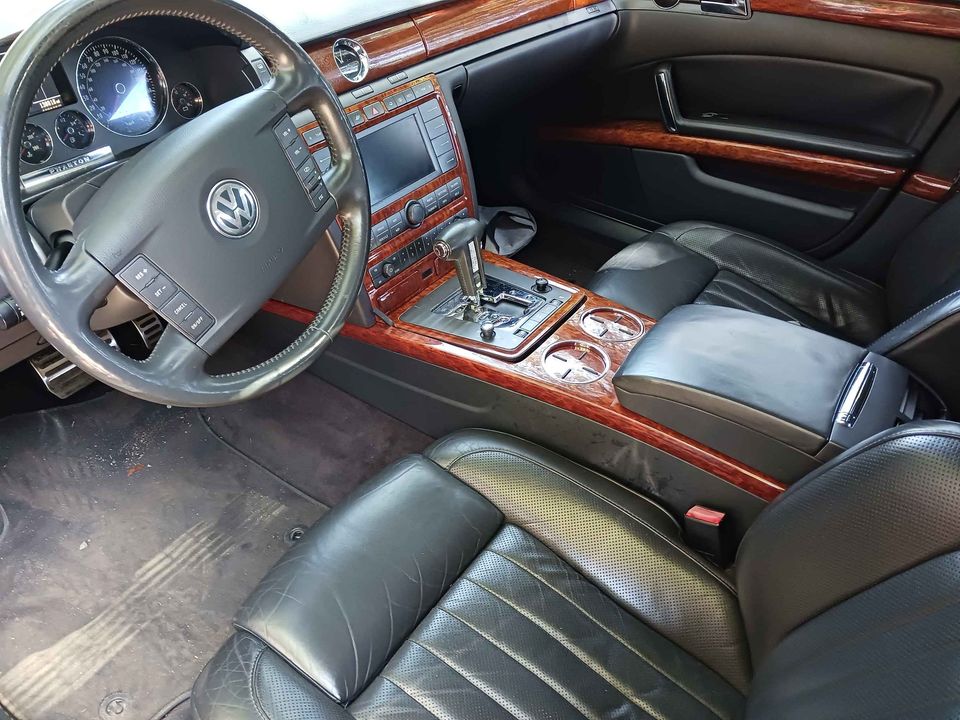 The ad gives next to no information about the car, saying only that it “runs perfect” and is “in perfect condition.” The interior certainly looks like a nice place to be, and what we can see of the exterior looks clean, but I note that the photos don’t clearly show the front of the car. One photo shows what looks like some body damage on the front bumper, so “perfect” isn’t the descriptor I’d use in any case.

Clearly, either of these cars is going to require a serious commitment. You can’t half-ass ownership of a Piëch-era luxury vehicle. Expect bizarre failures of inaccessible parts, Byzantine repair procedures, and astronomical parts costs. But from all accounts, the reward for your labors is a very nice ride, good performance, and street cred among fellow gearheads who have all been warned off these hyper-complicated machines (myself included). But if you’re up to the challenge, all that remains is to choose your flavor. So which will it be?