Facebook-f Twitter Instagram Rss
Menu
Menu
Home » Attention: We Have Come Up With A Name For The Design Trend That Made Cars ‘Rounder’ In The 1990s

Attention: We Have Come Up With A Name For The Design Trend That Made Cars ‘Rounder’ In The 1990s 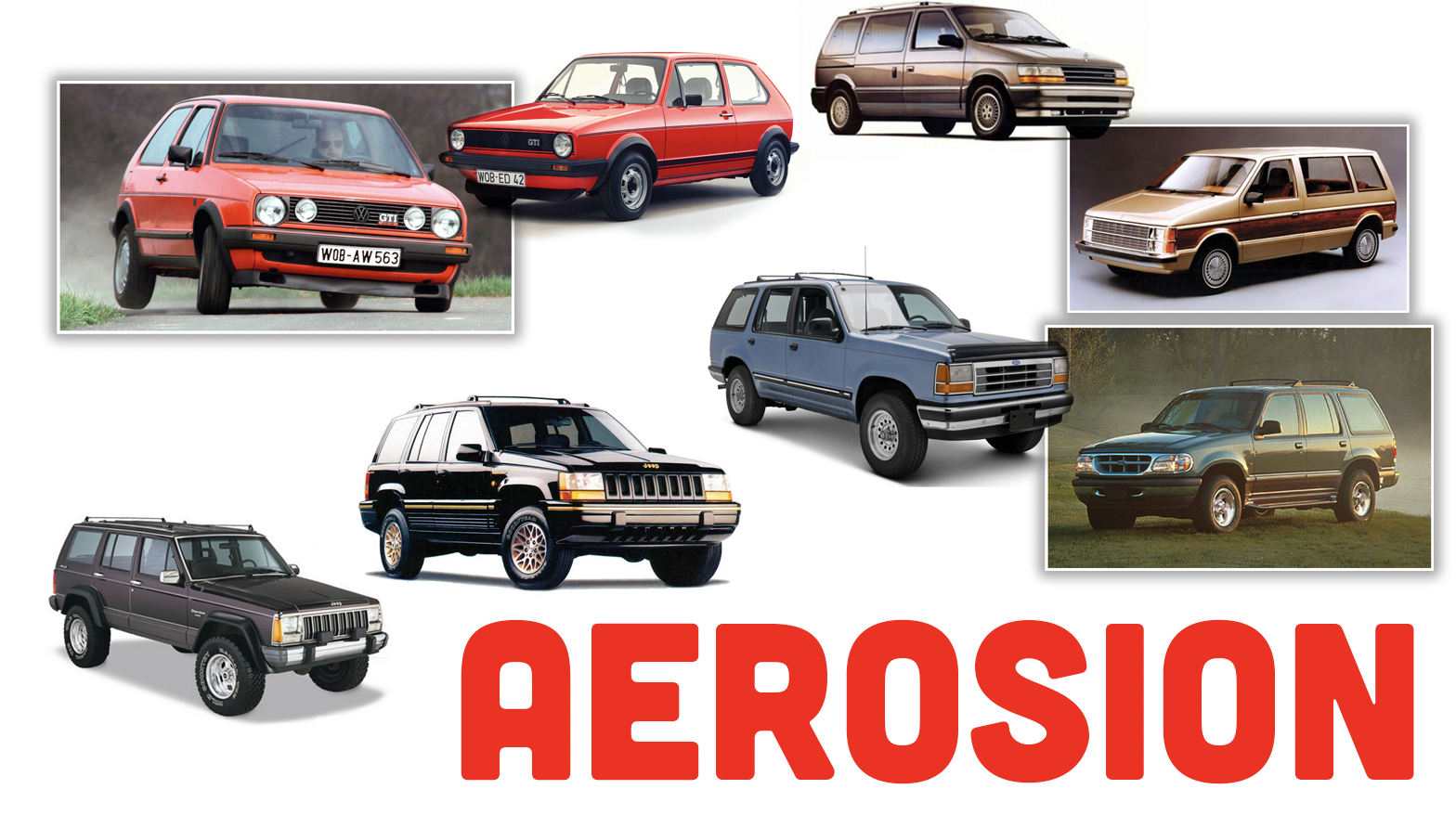 I have important news for everyone not just interested in cars or automotive design, but everyone with eyes, period: we at Autopian Linguistic Labs and Day Spa have come up with a term to describe the industry-wide automotive design shift that was happening around the late 1980s to the early 1990s: aerosion. Yes, yes, you’re welcome. Let’s describe aerosion in a bit more detail, so you can begin to employ this new term immediately.

Most likely the easiest way to convey the concept of aerosion is with some images, so here’s a few notable examples of the trend:

The shift from the Mk.1 to Mk.2 Golf is one of the clearest examples, as the fundamental vocabulary used in the design didn’t change, but the execution did. The basic proportions and details are all still essentially the same, but everything has been rounded and smoothed a bit, like a river stone,. worn smooth by decades of moving water. There’s also a slight inflation effect, as though the original angular car had been inflated like a beach ball. 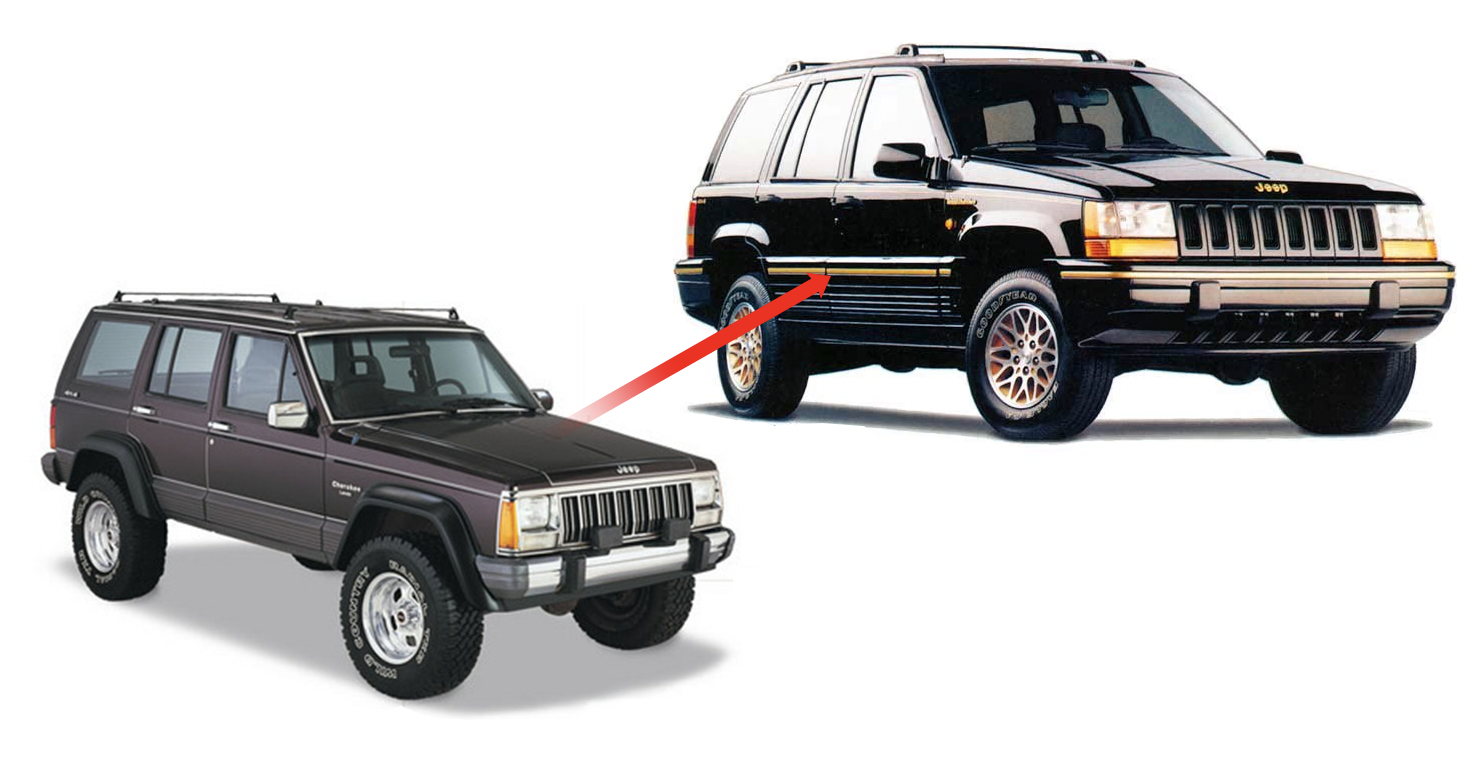 The move from the Jeep XJ Cherokee to ZJ Grand Cherokee is another great example of this, and shows similar traits: smoothing, inflating, larger, rounder, and now featuring shaped plastic headlamps where previously sealed beams (in this case rectangular) resided.

[Editor’s Note: This isn’t particularly relevant here, but I’d like to point out that the transition to the ZJ also brought about a bizarre beltline “jog” when it hit the hood after it flowed smoothly from the rear along the bottoms of the windows. You’ll see that the XJ doesn’t have this jog; the hood is in line with the beltline — a design that looks better, I think. -DT]

This aerosion period is when most cars (at least in U.S. markets) made the transition from off-the-shelf sealed beam headlamps to custom-for-the-model plastic, shaped units. 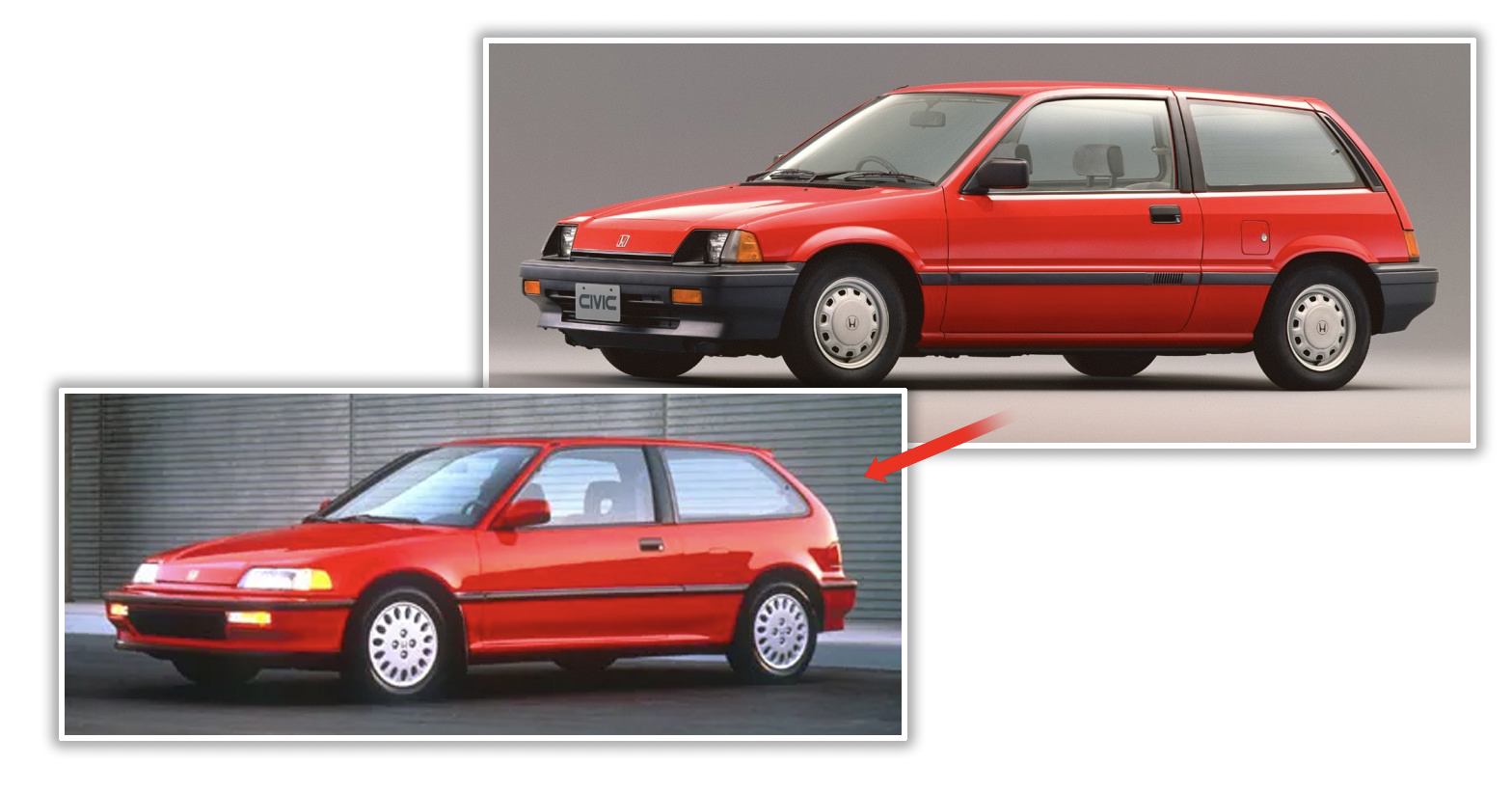 This phenomenon was global; Honda’s Civic went from its third/fourth generation and aeroded into the fifth, fully aerosion-compliant fifth generation, showing all the traits: shaped headlamps, rounded surfaces, plumping, and so on. A more sophisticated understanding of aerodynamics was the big factor here, and it’s remarkable to see how universally similar design changes happened all over the world.

The Ford Explorer is another great example, with its first generation in 1991 being an interesting partially-aeroded design, with custom headlamps that are still mostly rectangular and some smoothed corners, but it took until the second-gen in 1995 for the SUV to become fully aerosion-compliant, with much more rounding, plumping, and dramatically-shaped lighting.

Also note the transition into bumpers becoming much more integrated into the body, in shape and overall design. 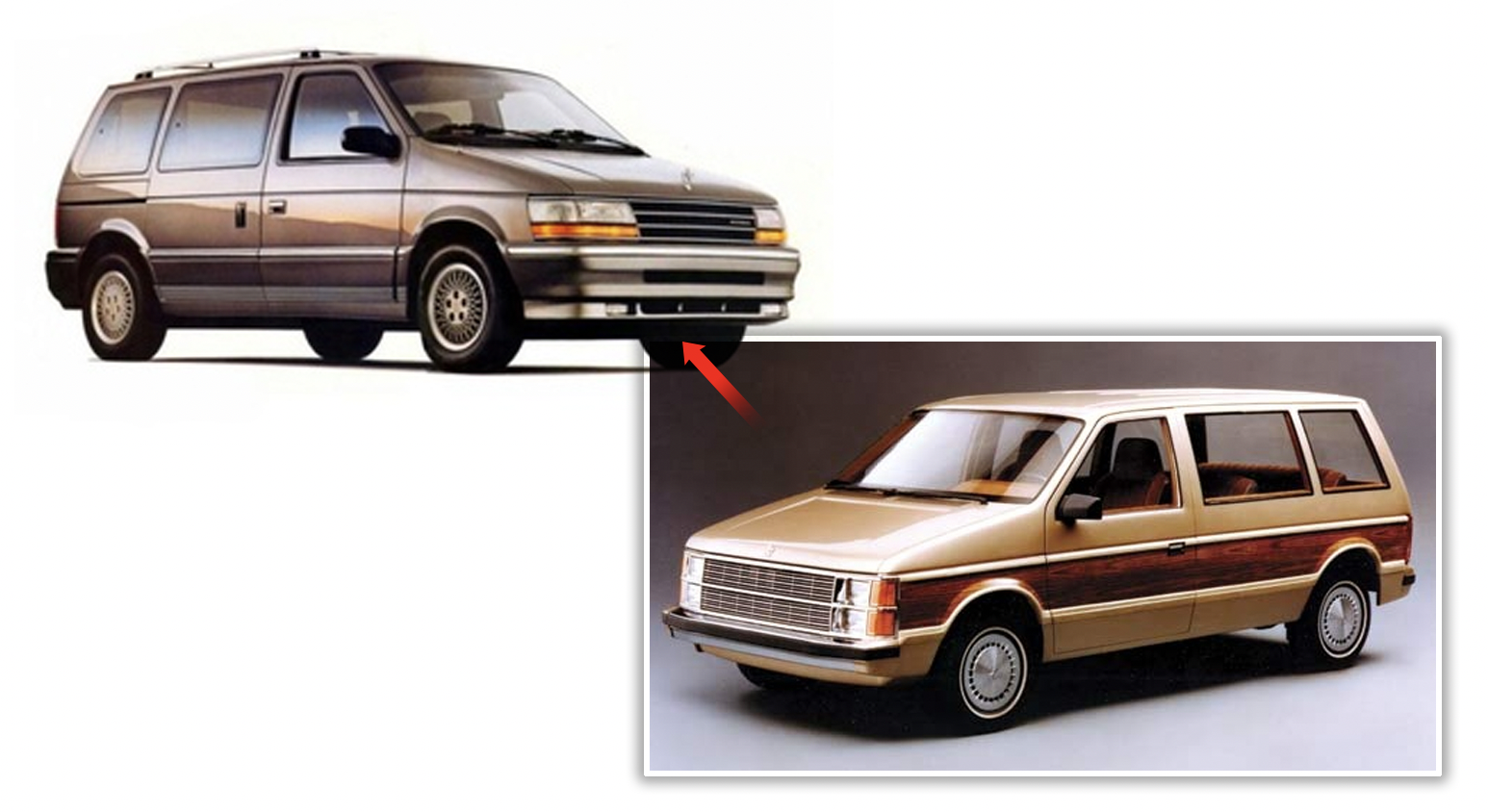 Minivans, of course, weren’t aerosion-averse either, as the original 1984 Dodge Caravan design was completely aeroded by the 1991 shift to the second generation. Sealed beams were gone, there was body inflation, edges sanded into smoothness, bumpers integrated even more with body-colored covers.

The Aerosion Shift was an important one for automotive design, because not only did it set the look for almost every ’90s to early 2000s car, it established so many of the essential traits of modern automotive design, with its significant focus on aerodynamics, fully integrated bumpers, wild freedom in light shapes, and a general unity of form that hadn’t ever really been accomplished for mass-market cars before.

Cars since aerosion have become one smooth primary form, as opposed to a main form with a lot of things (bumpers, lights, trim) stuck on.

Aerosion is a big deal in automotive design, and I’m thankful that it finally has a name.

I'm a co-founder of the Autopian, the site you're on RIGHT NOW! I'm here to talk to you about taillights until you cry and beg me to stop, which I absolutely will not. Sorry. Hug? Also, David's friend.
Read All My Posts »
PrevPreviousHow Taillights Caused A ‘Riot’ And Jail-Break In Small-Town Kansas In 1916
NextThe Way Bolts Work Is Far More Fastenating Than You Think: Tech-Talk With A Suspension EngineerNext