Automotive Would You Rather: Awful Tapes Edition 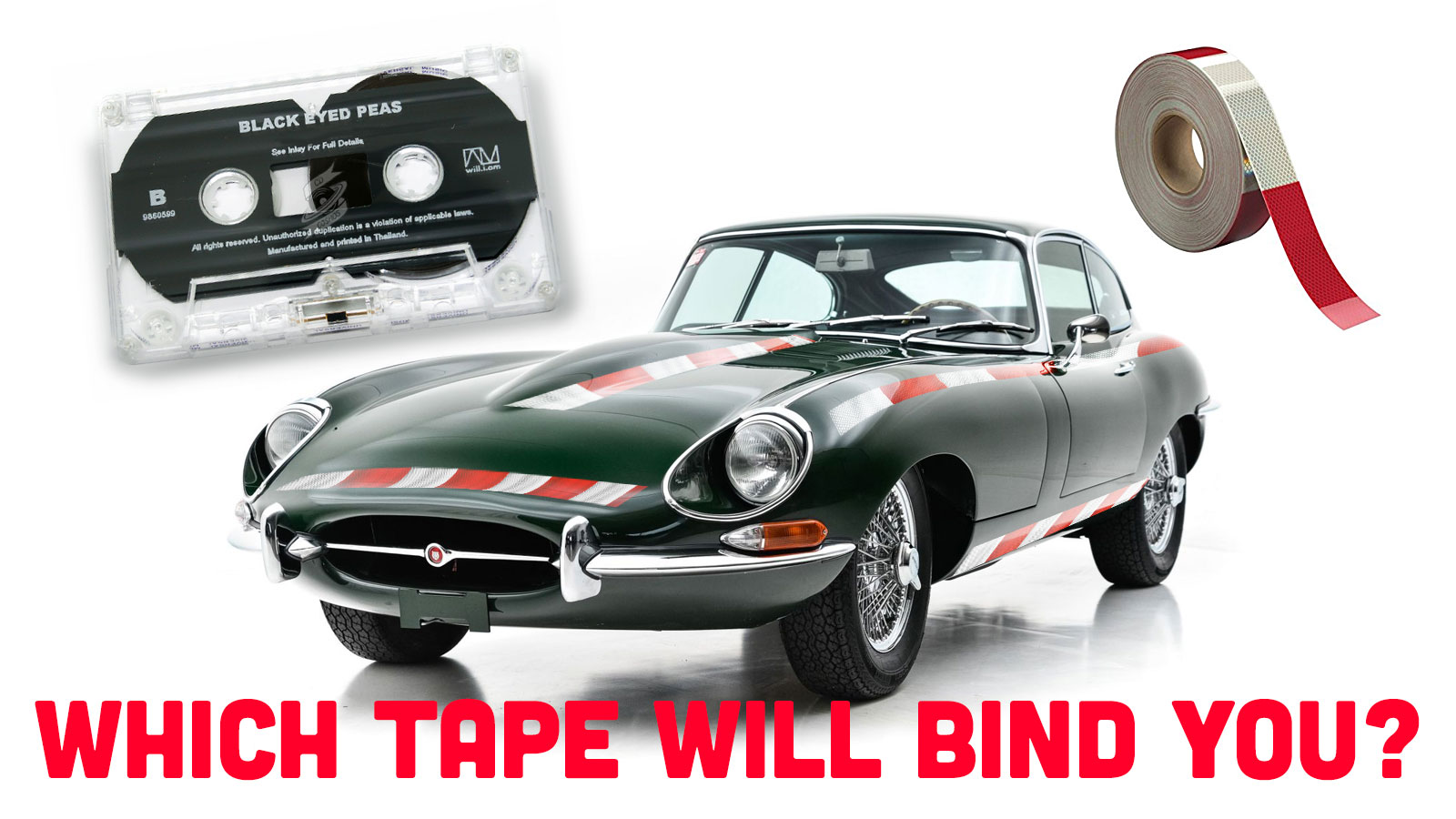 You know what’s fun but we haven’t done in a long, long time? Played Automotive Would You Rather! I used to do this every now and then um, somewhere else, but there’s no reason we can’t do it here, right? It’s summer and I’m feeling frivolous, anyway. If you want something rich and meaty, you can read David’s Bronco Raptor review/suspension primer or Tycho’s Chinese hydrogen deep dive. But if you just want a snack, a handful of only slightly palm-sweaty M&Ms, then I got you covered, because we’re about to indulge in one of those glorious thought-experiments that is a good Automotive Would You Rather, so lube up that brain and get ready.

The horse appears, and, as thanks for granting him access to our dimension (they like to go to Trader Joe’s while they’re here, as those don’t exist in Magic Horse Dimension) he offers you the chance to have, for free, and in absolutely perfect running condition, the car of your choice. It can be literally any car that’s ever been built, and the horse will materialize it right now, in your driveway, and drop the keys in your hand from his big horse-mouth.

Oh, there is one catch, though. Well, two, because you can pick, and they’re both tape-related. You see, as part of the deal, due to complex negotiations with the 3M corporation and the Interscope record label, your car of choice must either be extensively covered with DOT-approved 3M reflective red-and-white high visibility tape or, if you can’t stomach doing that to your Lamborghini Miura, then you can agree to have a tape deck installed with a cassingle of the Black Eyed Peas song My Humps playing in it, and that tape can never be removed or turned off. You can adjust the volume a bit, but it’ll never be silent; figure the lowest volume you can turn it down to is right about where you’re comfortably able to talk over it, but you can definitely still hear it with no trouble.

Of course, you can crank it as loud as you’d like, if you want.

So, here’s your choice: you can have any car you want, and it’ll run beautifully and be in pristine condition as long as you have it– the oil changes and other scheduled maintenance will even occur via magic horse teams coming to do it every 1500 miles via the power of astral projection – but it’ll either have to be absolutely slathered in that reflective red-and-white tape, or it’ll be playing My Humps nonstop, forever.

So which tape-tradeoff do you choose?

I'm a co-founder of the Autopian, the site you're on RIGHT NOW! I'm here to talk to you about taillights until you cry and beg me to stop, which I absolutely will not. Sorry. Hug? Also, David's friend.
Read All My Posts »
PrevPreviousThe Ford Pro Electric SuperVan Takes The Concept Of Same-Day Delivery To A New Extreme
NextI Made Our Daydreaming Designer Imagine An Oldsmobile For Actual Old PeopleNext