Well, here we are again. And oh look, we’ve got a couple of cheap cars to consider! Today, we’re running with the Early Bird Specials and Werther’s Originals crowd. But first, we need to settle up Friday’s matchup:

Looks like S.W.’s reputation puts his Jag in front! I’m inclined to agree: when it comes to cheap cars, how it has been treated in the past however many years matters a lot more than how it was built.

Now then, today’s cars both appear to have the same history. I can’t be sure, of course, but both of these cars feel like something taken away from an elderly owner after they could no longer safely drive. It happens, and it’s never a fun time, but it’s for the best. And as a side effect, it frees up a good used car for someone else. So let’s take a look at see how these two measure up. 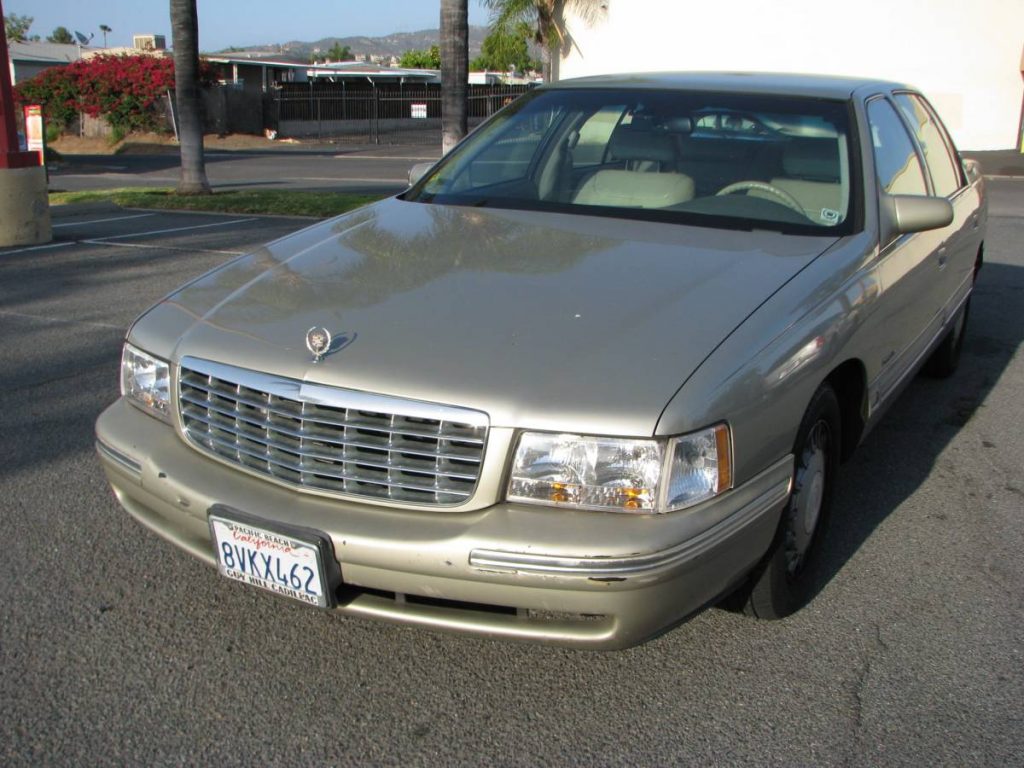 Almost no car says “retired elderly driver” as strongly as a Cadillac DeVille. Of course, it also kind of said “mob boss” 20 years ago, but I think they’ve all moved on to Escalades now. A silvery-beige DeVille with low miles, in Southern California? Retiree. 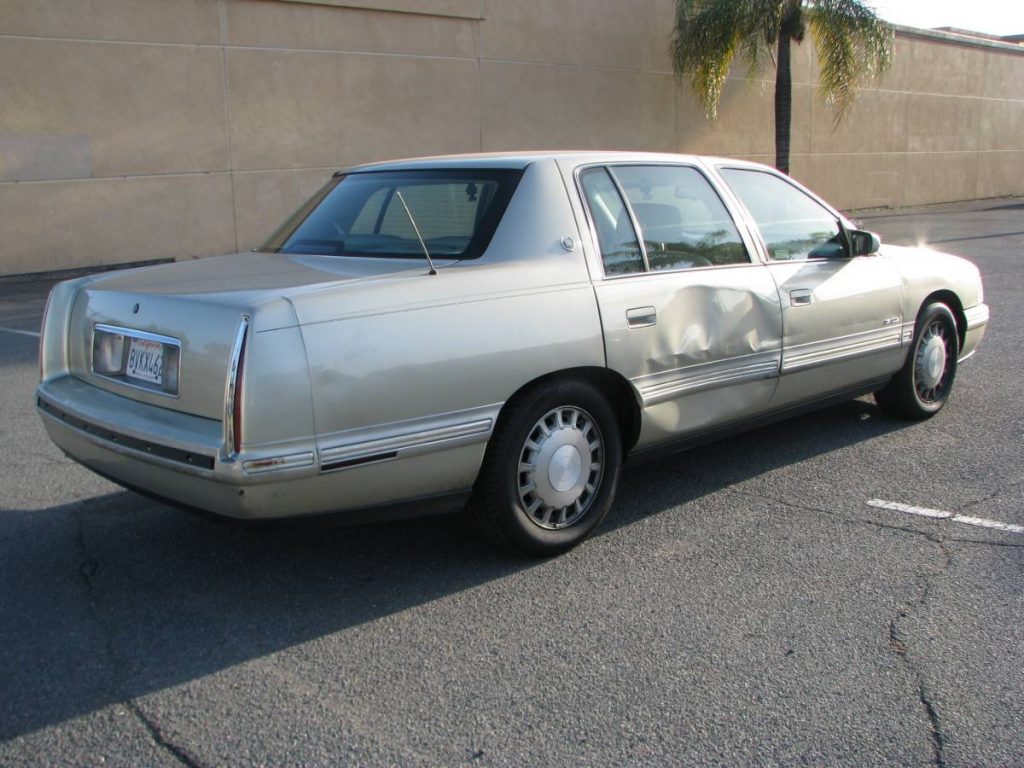 By the time this DeVille was built, there was no need to specify “Sedan DeVille;” the Coupe had been discontinued the generation before, in 1993. This generation DeVille was bigger, sleeker, and faster than its predecessor, with Cadillac’s Northstar V8, packing either 270 or 300 horsepower under the hood, depending on trim level. Not that you need that much power to get to the golf course, but Cadillacs not too many years prior were downright pokey, so the Northstar was a welcome infusion of power. 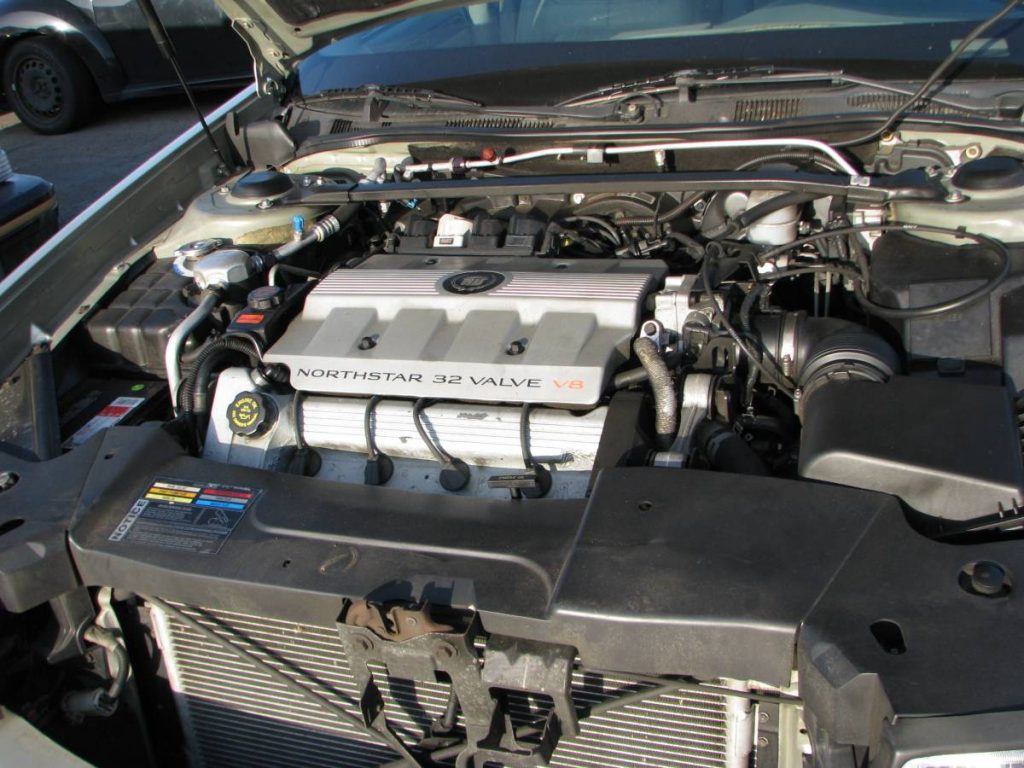 What wasn’t as welcome were the Northstar’s teething problems, most notably head gasket failures and oil consumption. These problems are well-understood these days, and there are fixes, but we have no way of knowing if this car had encountered those issues or if any repairs have been done, and if so if they were done correctly. 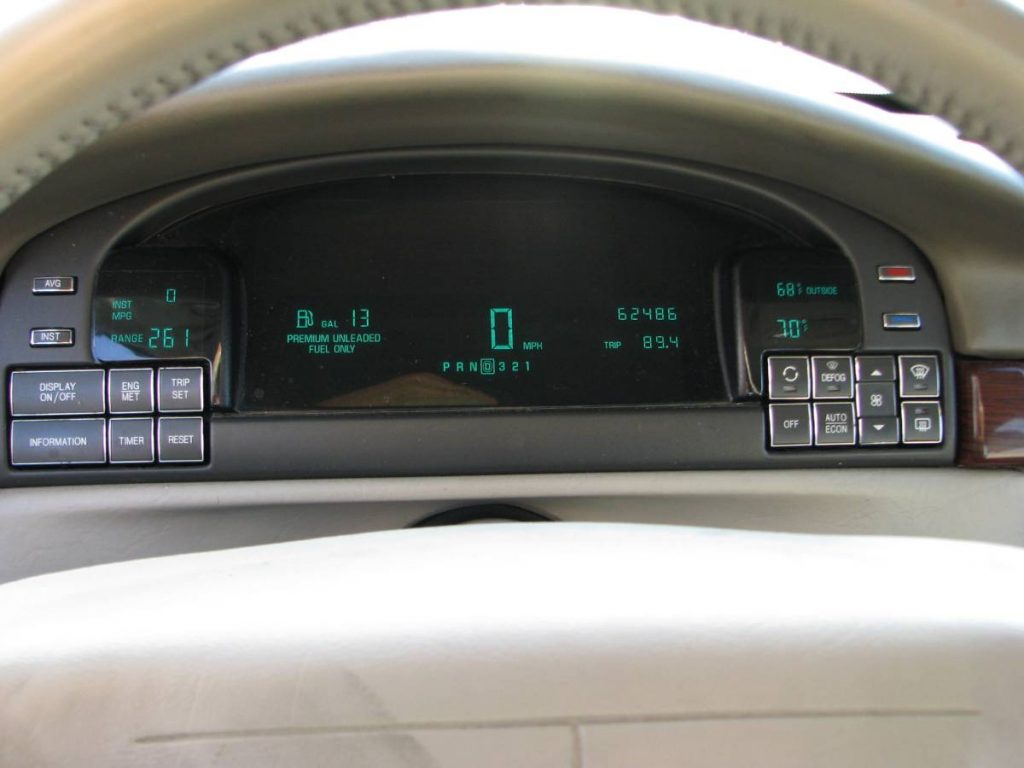 It’s a very low-mileage car, and apart from a wrinkle on the right rear door, it looks like it’s in good shape. One wonders if the wrinkle in the door was the reason for the keys being taken away; it has the look of a garage-door-edge hit rather than a traffic altercation. 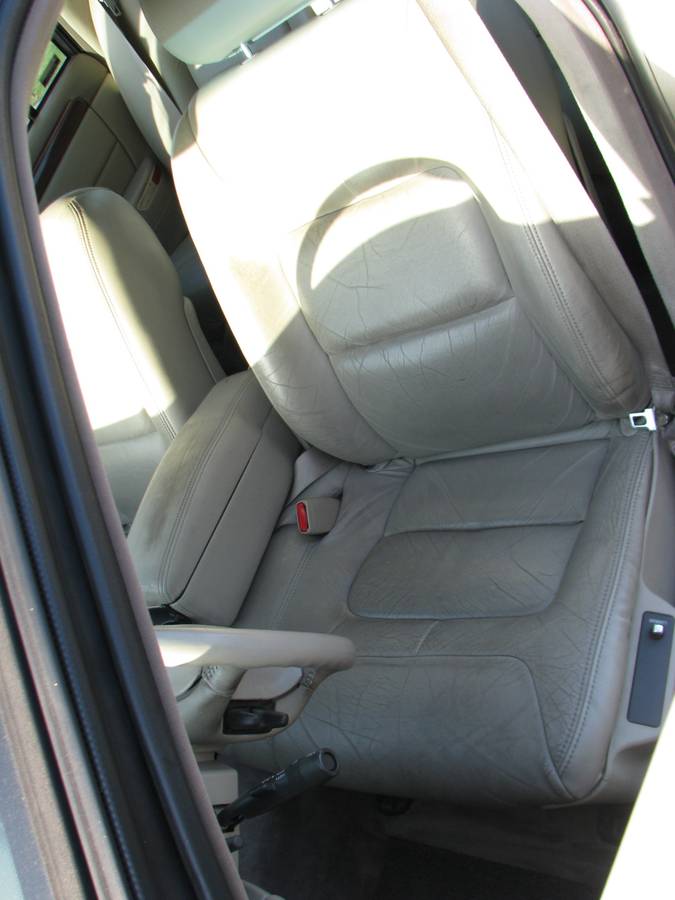 This car could be a decent deal, if there are service records and everything checks out. It could also be a nightmarish money pit that will end up in the junkyard in six months after making you late for work for the last time. With a Northstar Cadillac, it’s all about the maintenance. 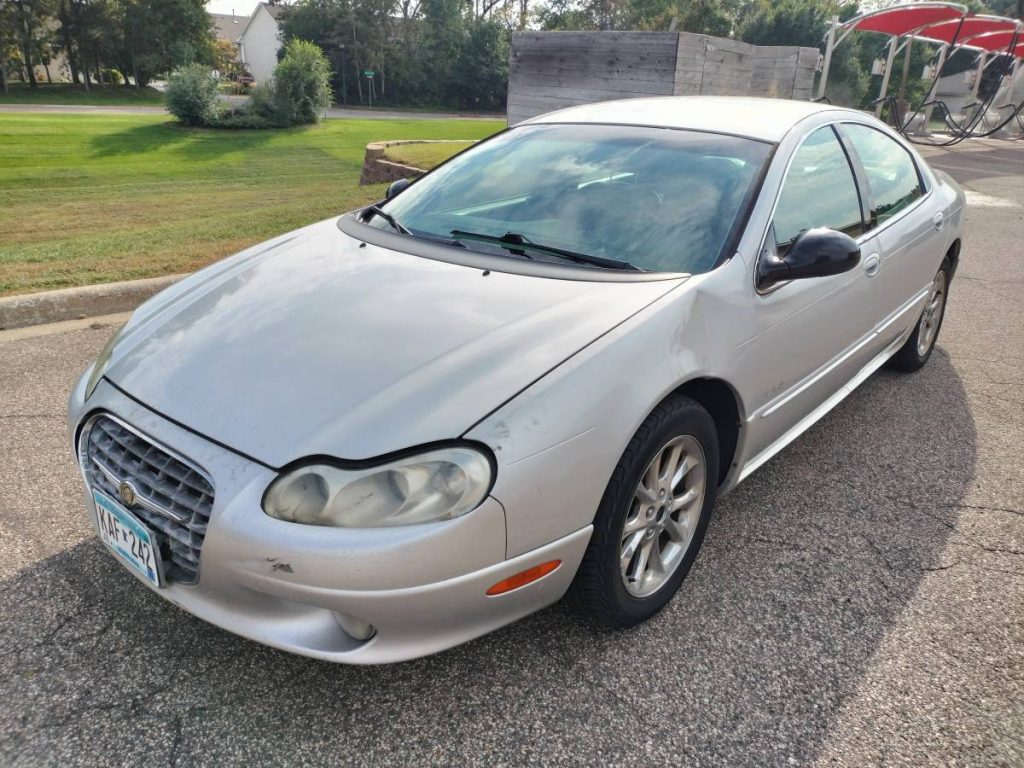 Chrysler’s LH chassis cars bridged the gap between the earlier long-running K-based sedans, and the now even-longer-running LX rear-wheel-drive cars. The LH came in a lot of flavors; this LHS was a mid-level model, tuned for comfort over handling, but not as squishy as something like a Buick LeSabre. 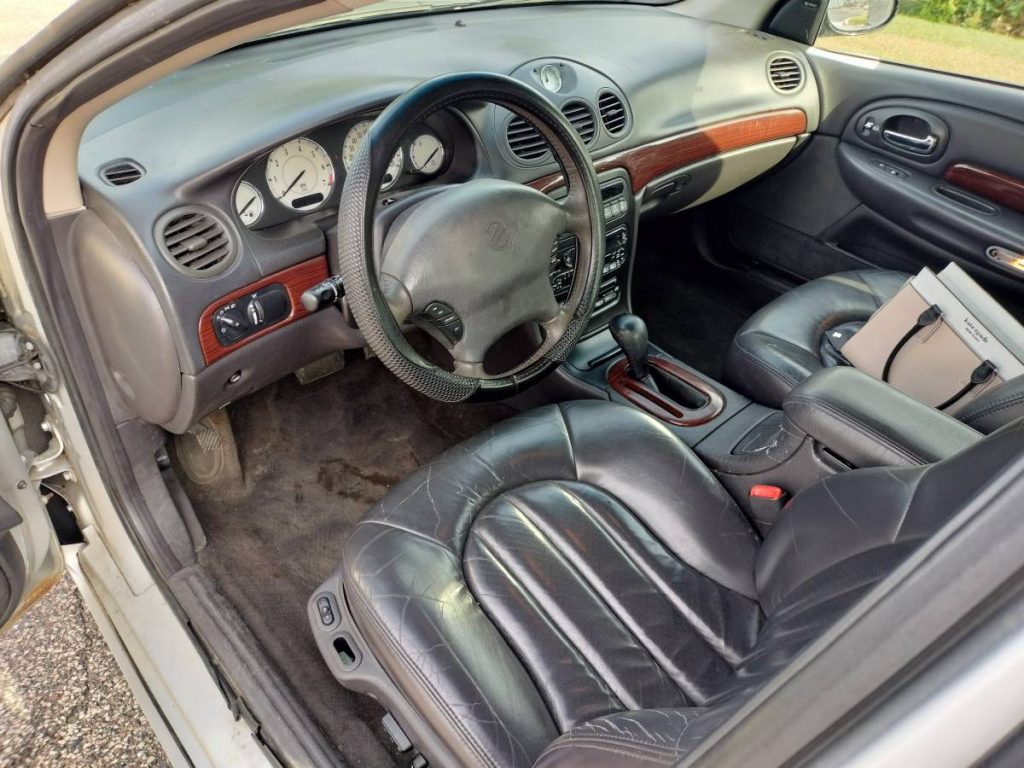 The LHS is powered by a 3.5 liter single-overhead-cam V6 with four valves per cylinder, putting out a healthy 253 horsepower. Like the DeVille, this car is no slouch, as sofas-on-wheels go. It’s a bit sportier inside, with bucket seats and a console-mounted shifter in place of a more traditional bench seat and gearshift on the column. And as a graphic design and typography nerd, I have to say I really like Chrysler’s design and font choice for the gauges in the LHS: 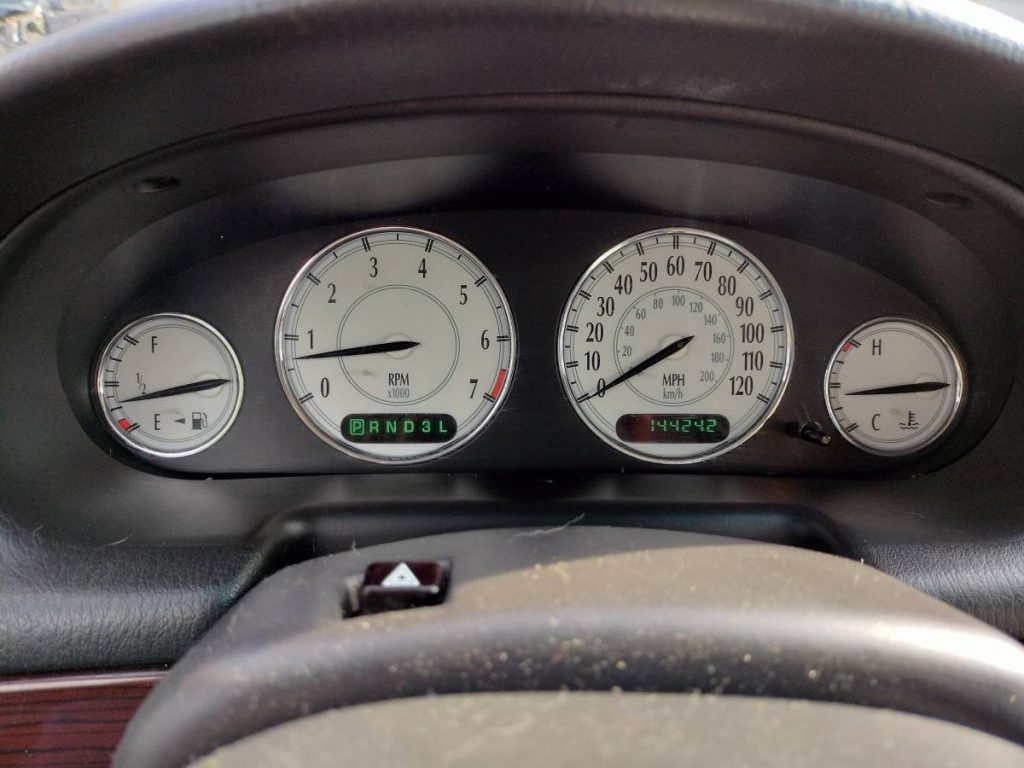 This LHS is a Minnesota car, and as such, has a bit of rust here and there. A peek underneath to see how advanced it is wouldn’t be a bad idea. It has more than twice as many miles on it as the Cadillac, but still not a lot, and the seller says it runs and drives well and has had a lot of recent maintenance work done. It’s a little banged up, but it still looks reasonably good. 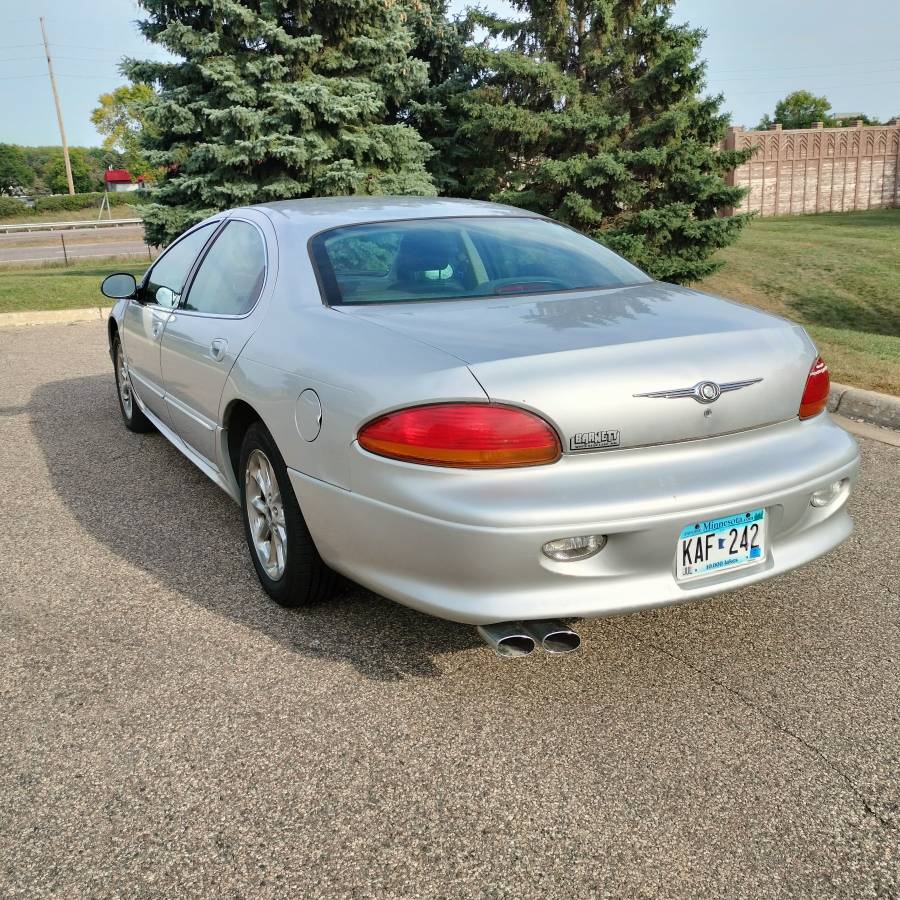 There is that Minnesota rust to consider, though. 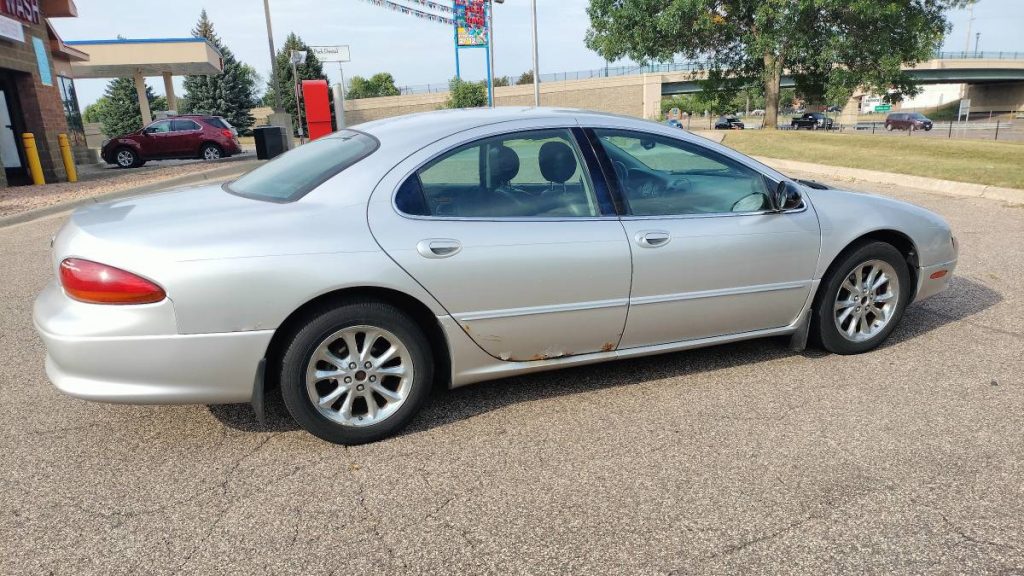 This car strikes me as a safer bet than the Cadillac, but it’s also likely not as comfortable, nor does it have the Cadillac name, if that matters to you. But it’s a much more modern looking and feeling car, and a little smaller and easier to live with.

Former-old-folks cars aren’t for everyone; you have to be okay with an automatic, and don’t plan on doing much canyon-carving. But for a nice comfy daily ride, they’re not a bad option. Which one of these two gets your vote?