Baltasar Gracián once wrote: “It is better to be cheated by the price than the merchandise.” I fully agree. While it’s nice to get a good deal on something, after the deal is done, it’s far more important that the thing you purchased is satisfactory. But how can you tell? Is it better to look for a car with a checkered reliability record from a trustworthy source, or a known reliable car from a shady dealership? That is our question for this Friday edition of Shitbox Showdown.

First, however, let’s finish up with yesterday’s Dodges:

Well. It looks like that Avenger is going to sit in the tow yard a while longer. Just make sure you check the paperwork carefully on that Canadian Neon before handing over any money, eh?

Now then: Today, we have a special treat. One of our cars today is being offered for sale by none other than our long-distance pen pal and fellow Autopian contributor S.W. Gossin, from his own private collection. S.W. legitimately loves fixing up and resurrecting old cars, so you know whatever he has had to do to this car was done right, even if the car itself has a somewhat spotty reputation for reliability. But what, I thought, is the antithesis of that? How about a known-reliable “runs forever” car being sold at a fly-by-night used car lot in a sketchy part of town? Let’s see how they compare. 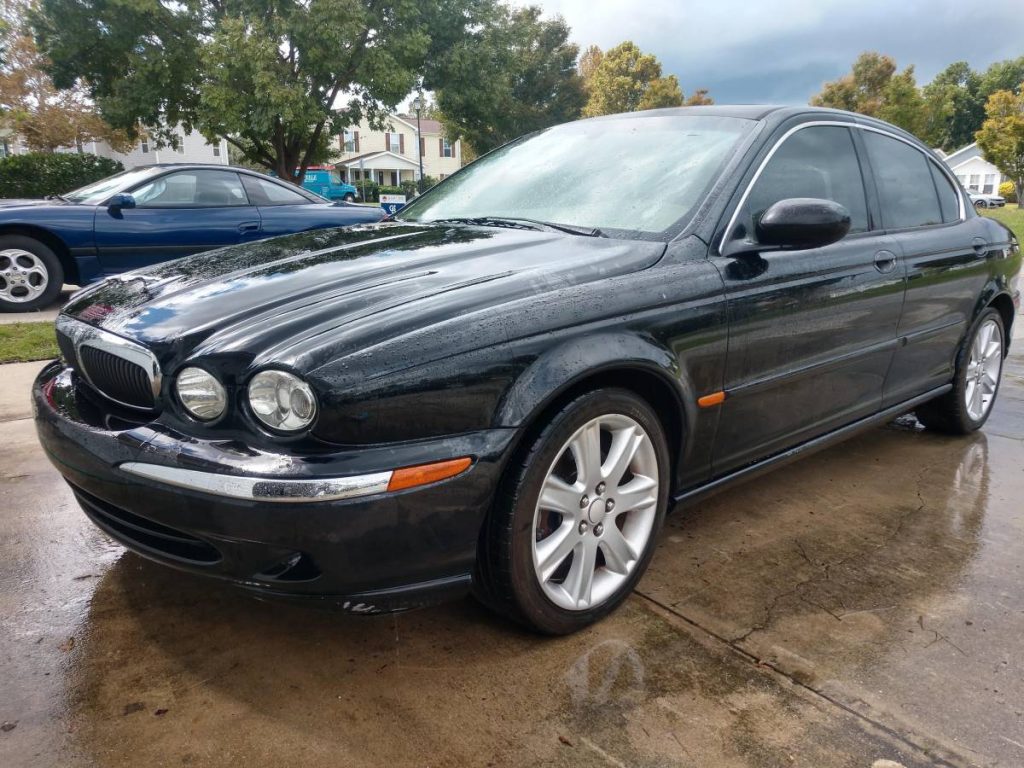 Jaguar has had as many pronunciations as it has had owners: “Jag-you-were,” “Jag-war,” the insufferably annoying “Jag-wire,” and to a certain teddy-bear loving auto journalist, simply “Jaaaaaag.” From 1990 to 2008, the leaping cat was under the ownership of Ford. Despite backing from such an industry juggernaut, Jaguar didn’t turn a profit under Ford’s umbrella, and Ford sold the marque, along with Land Rover, to Indian automaker Tata Motors in 2008. 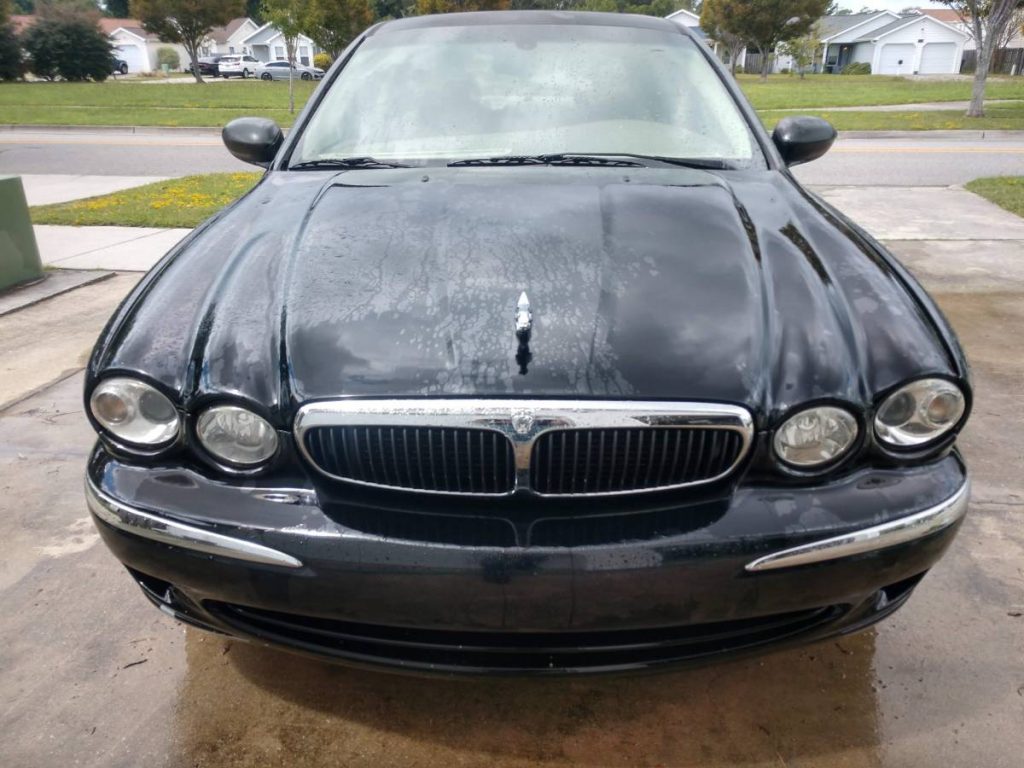 The X-Type was introduced under Ford’s ownership, and shares a platform with the Ford Mondeo sedan. This similarity with a “common” Ford irritated some Jaguar fans, who claimed the X-Type was “not a real Jaguar.” But I’ve always thought that was silly; was the XJ6 of the 1970s “not a real Jaguar” because it shared a transmission with a Chevy truck? 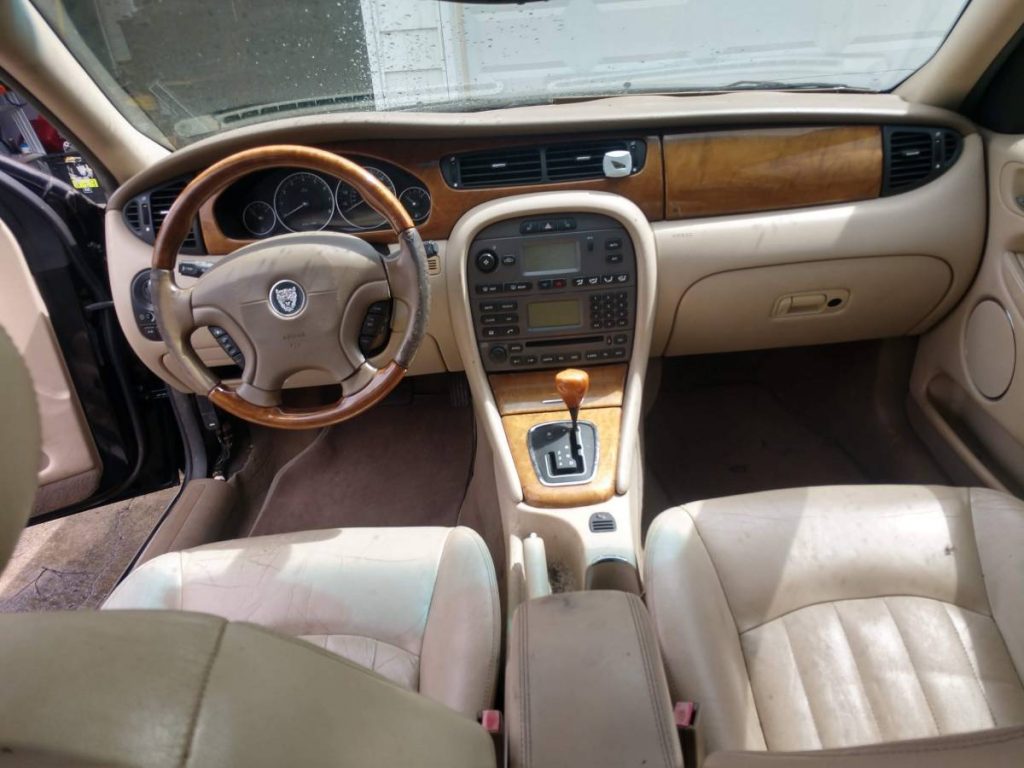 Despite the Ford parts, including a version of the Duratec V6, the inside of the X-Type is all Jag, with creamy leather seats and wood inserts on the dash. Luxury has come to mean technology, and in the early 2000s before touch-screens devoured everything, that meant buttons, and the X-Type has more of them than a marching band’s uniforms. This Jag looks pretty good inside, with some visible wear on the seats and steering wheel, but no obvious damage. 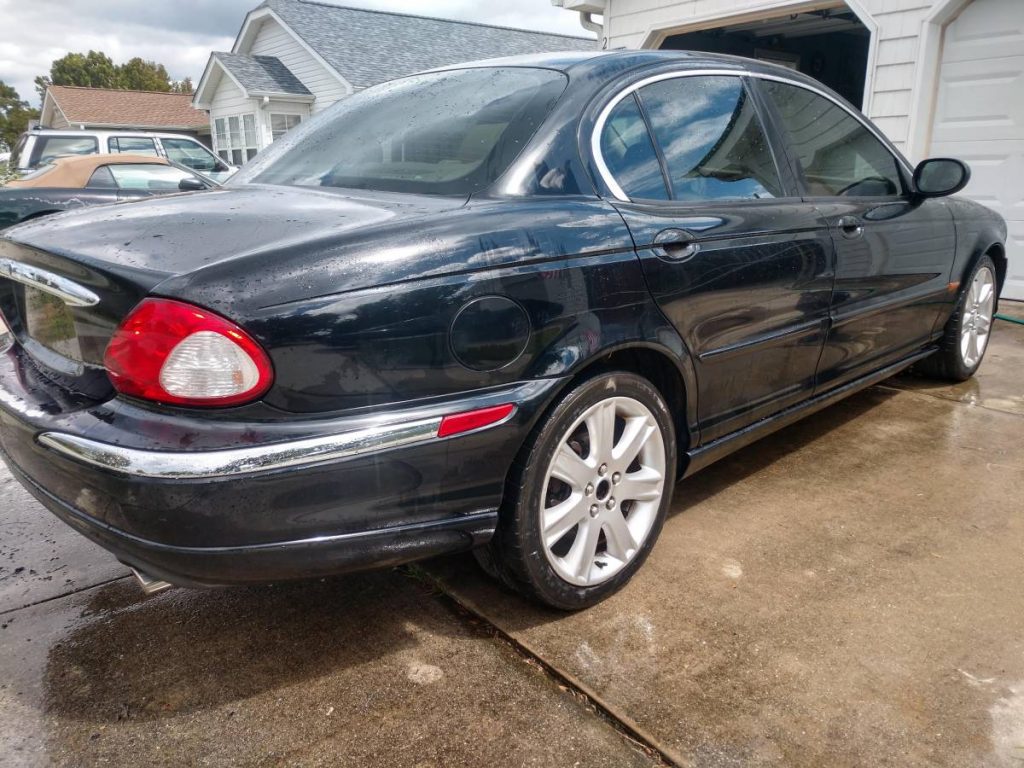 Mechanically, S.W. says this car runs like a proverbial scalded cat, and has a host of new parts including a new fuel pump and filter, which apparently was quite an ordeal to replace. The X-Type has had a spotty reliability record, but with only 151,000 miles and a thorough going-over, I get the feeling you could get quite a few trouble-free miles out of this black kitty. 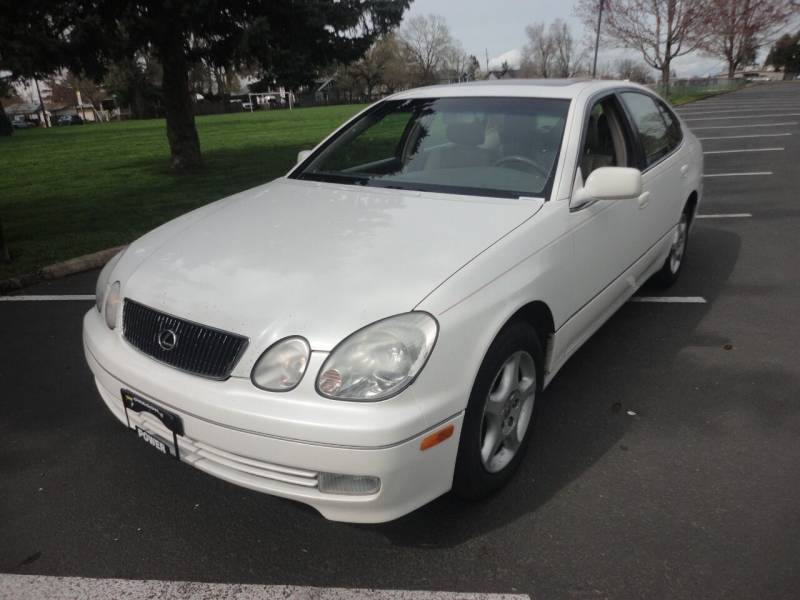 There is a stretch of Southeast 82nd Avenue here in Portland that is lined on both sides by used car dealerships. Once in a while, a lot empties, a sign comes down, and a few weeks later a new sign goes up in its place and the lot fills back up, with Explorers and Altimas and Tahoes and whatnot. I am embarrassed to say that I have purchased a car or two from these fly-by-night shysters. It didn’t go well. 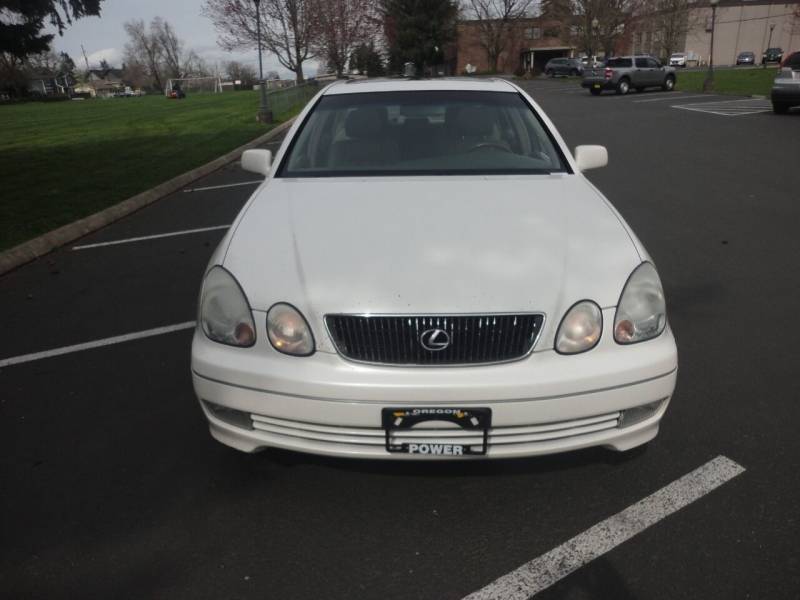 Often, the cars sold at these lots look just fine, but have a bazillion miles or mechanical problems that are obvious the instant you drive them. These are the cast-offs from the used car divisions of new car dealerships, bought by these dealers at auction for peanuts and marked up to the moon. And yet, they sell. This Lexus GS300 sedan has nearly 300,000 miles on it, and while it looks all right, I’m certain the dealer has no history or records on it whatsoever, apart from whatever receipts may still be in the glovebox. 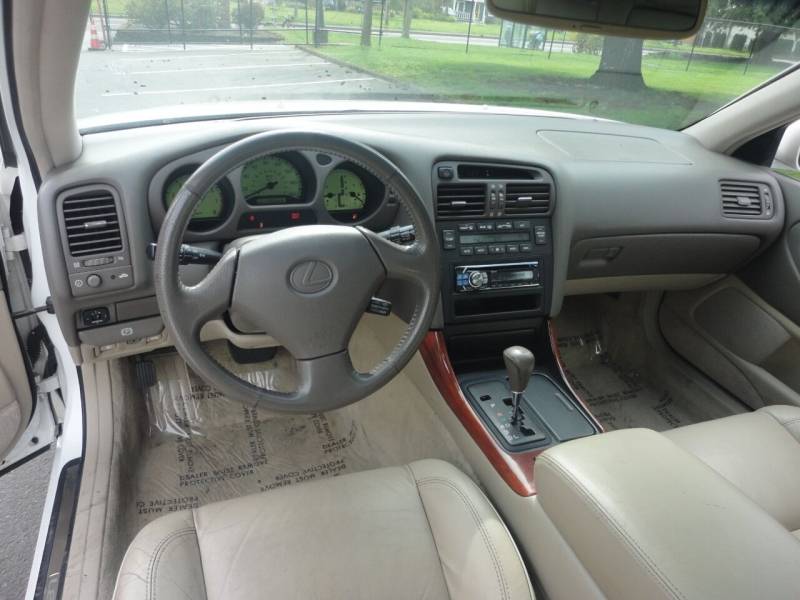 The GS is quite a nice car, a sleek rear-wheel-drive sedan with Toyota’s beloved 2JZ inline six under the hood. It’s backed in this car by a four-speed automatic; the GS wasn’t available with a manual. It doesn’t have the Olde Worlde charm of the Jaguar, but its interior still looks like a nice place to be. It’s nice and clean inside, especially for the mileage, but nothing lasts forever; a potential buyer would do well to make sure everything still works before purchase. 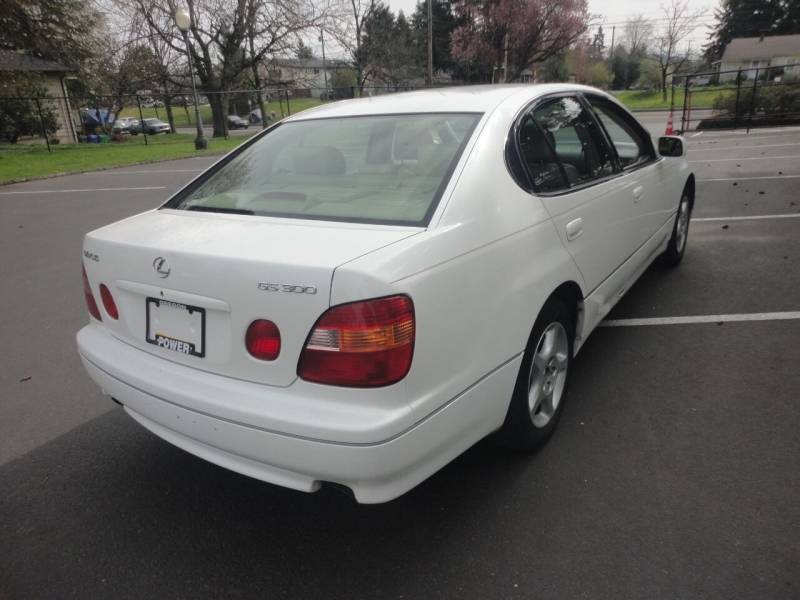 Outside, it looks quite nice as well, and it even seems to have escaped the “pink taillight syndrome” [Editor’s Note: This is a subject of active investigation, by the way, I hope to have a deep dive soon – JT] that plagues so many GSs, or the taillights have been replaced. White paint hides a lot of flaws, but from the looks of it, this car was cared for, and probably garaged. Five thousand is a big ask for a car with this many miles, but there is always some room for negotiation with these dealerships. You could probably knock as much as a grand off the price if you pay cash for it.

Buying a used car is always a gamble, of course, but it doesn’t have to be a shot in the dark. But which is ultimately more important: a reuptable seller, or a reputable car?

Pacific Northwest-based self-taught DIYer of all the things. Current fleet: 1971 MGB GT, 1989 Chevy K1500, 2013 Chrysler 300C, 2003 Infiniti QX4, and 1966 Aristocrat Land Commander trailer. Not to mention about 40 RC cars and around 100 model kits...
Read All My Posts »
PrevPreviousWhat The Hell? Is This A Cock Fight In An Old Triumph Motorcycle Ad?: Cold Start
NextHere’s Why This One Car Brand Isn’t Going Fully EV Anytime SoonNext