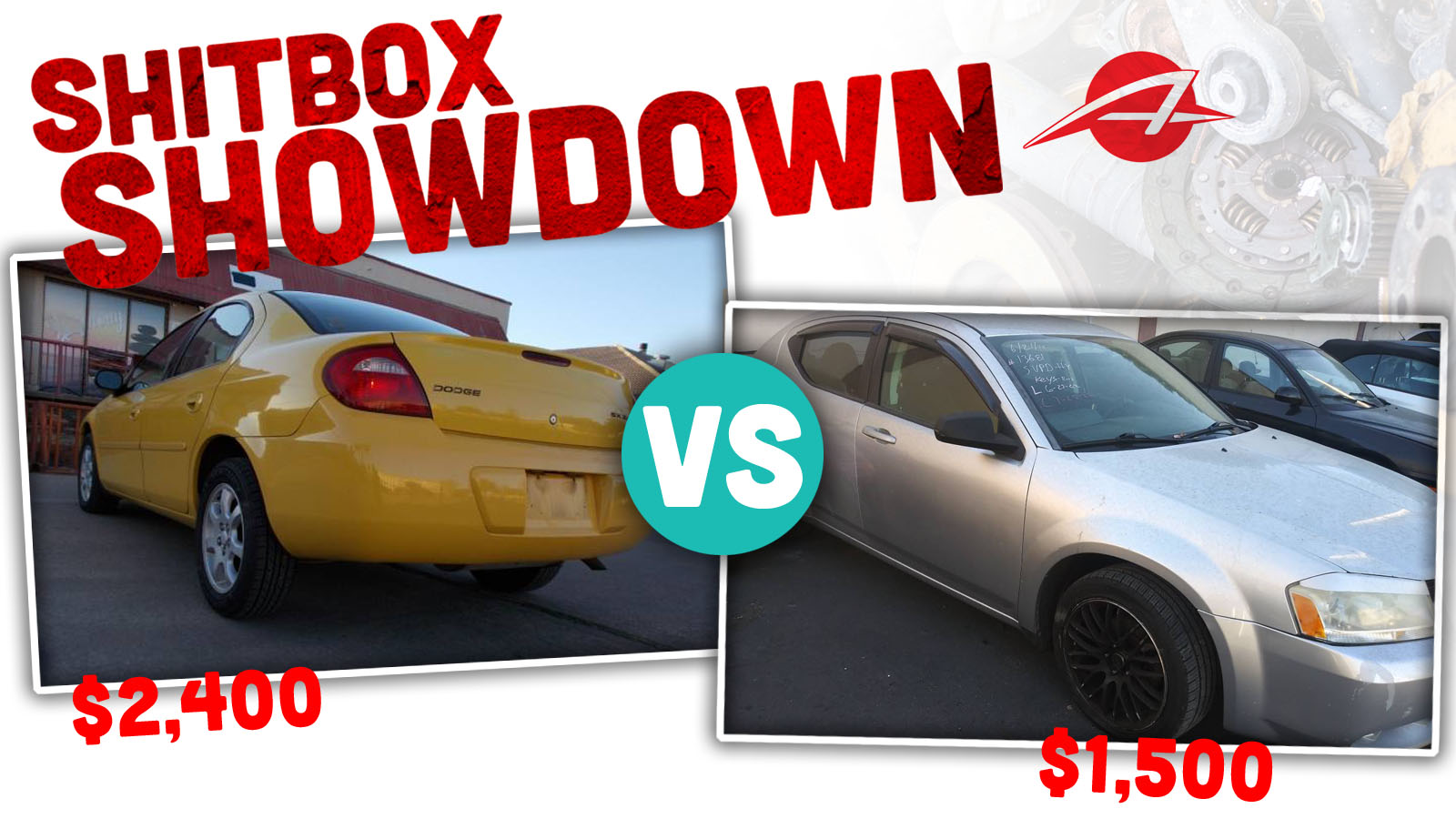 Some cars just seem destined for the “Thrifties” section. Whether it’s because of cheap prices or easy financing when new, or disregard and neglect from their owners, or some unknown cosmic force, some cars just go from zero to grubby in five years flat, and go downhill from there. Such is the case with our two contenders today.

Yesterday’s Eurotrash brought a lot of comments about engine swaps, which I found humorous because both of them run just fine. But let’s see which one won:

Now that is interesting. Another of those instances where the Jag seemed to win in the comments, but the Mercedes pulled the votes. But if someone is contemplating that Jag, please leave the V12 in it. If you want to do a swap, look for one that doesn’t run. They’re not hard to find.

Anyway, on to today’s choices. I don’t know why it is, but certain models of cars just have a tendency to find themselves in sketchy situations. They’re not bad cars per se, but when you find one with two bald tires and a cracked taillight and the “Check Engine” light on, overpriced, in the front row of some Buy-Here-Pay-Here used car lot, you aren’t the least bit surprised. 15 year old Chrysler products are such cars, perpetually, and I’ve never really been able to figure out why. So let’s take a look at a pair of such sketchy Mopars now, and see if we can shed a little light on this odd phenomenon. 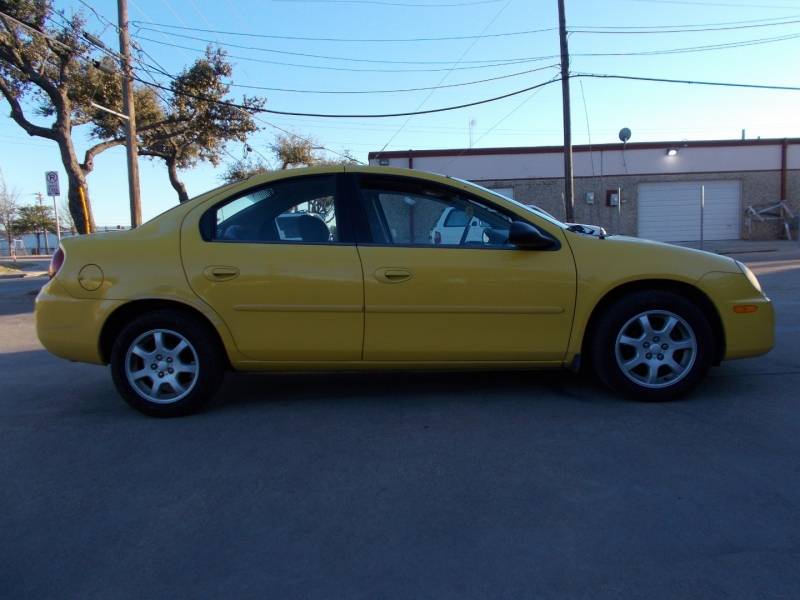 This little Neon kinda ruins my argument, frankly. It looks too nice. Originally this was going to be a beat-up 2006 Charger, but it (somehow) sold before I sat down to write this and the ad was deleted. It happens. So now, we have this little yellow number to consider. 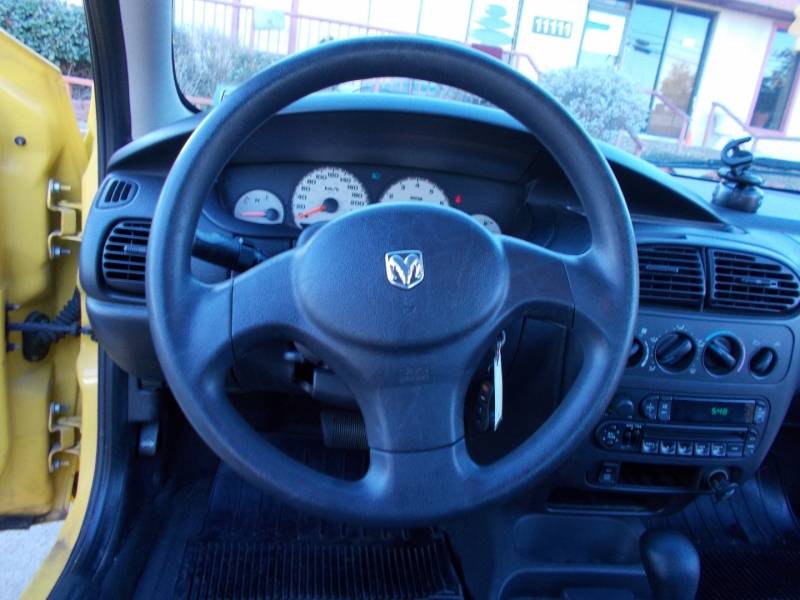 We’ve talked about Neons before. I’m mighty fond of them, actually; I had one that I really liked until it was rear-ended. This is the second-generation Neon, whch was only available as a four-door sedan. The “SX 2.0” trim level may not sound familiar to Americans; that’s because this was a Canada-only trim level. If you’ll notice, the speedometer reads in KM/H, not MPH, which means the odometer should be in kilometers as well, so that 191,000 kilometers equates to only about 119,000 miles.

How did a Canadian model Neon come to be offered for sale in Dallas, Texas? Pirates. Clearly. 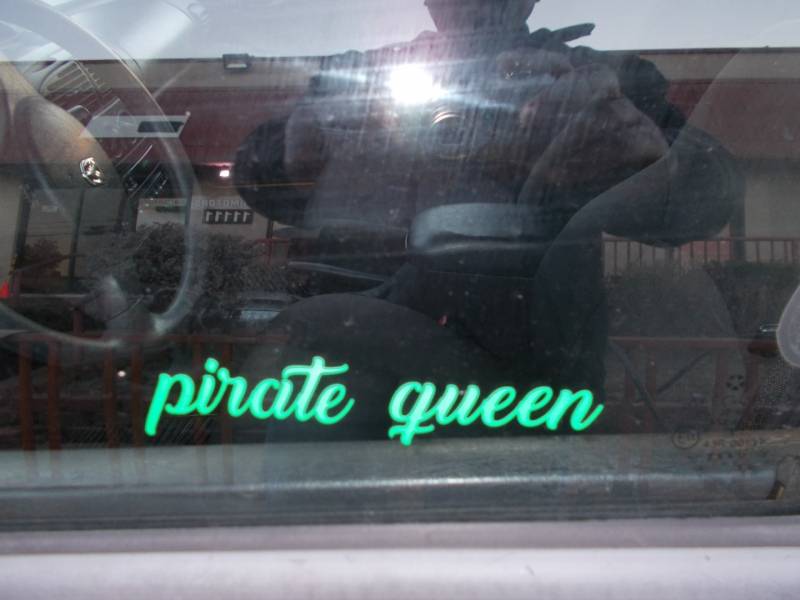 On paper, this car sounds really good: it runs and drives well, looks good, has nearly-new tires, and everything is said to work properly. I would want to know how it came to be here, and make sure all the paperwork was in proper order; it currently wears no registration, and though the ad says “clean title,” it’s unclear whether it’s a Texas title, or from somewhere up in Canada still. 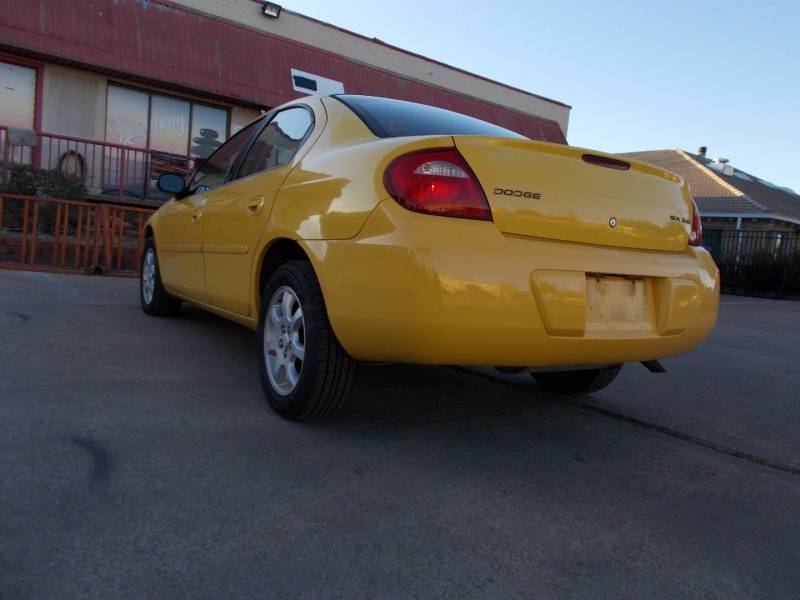 However, if everything is in order, this could be a good deal on a neat little car. Yes, it’s an automatic, but at least these are zippy and good-handling little cars, so all is not lost. 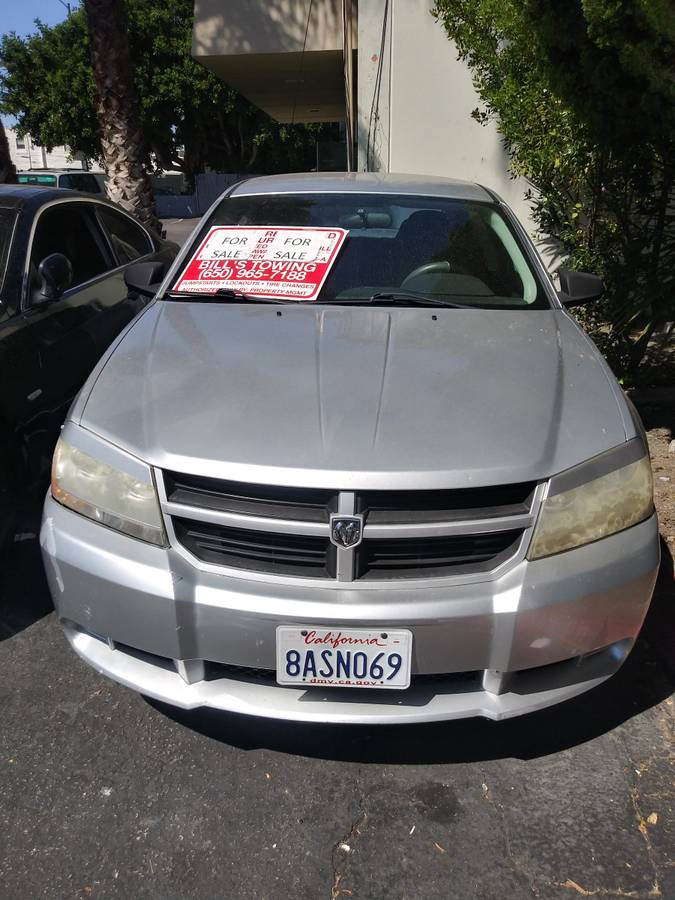 Runs/drives? …I think so?

The Neon’s big sister, the Avenger, often seems to lead a rougher life, and this example is no exception. It is being offered for sale by a towing company, who received the car on a lien after it was impounded. Neither the towing company nor any potential buyer has the faintest idea how this car acquired its 180,000 miles, or how it was cared for in that time. 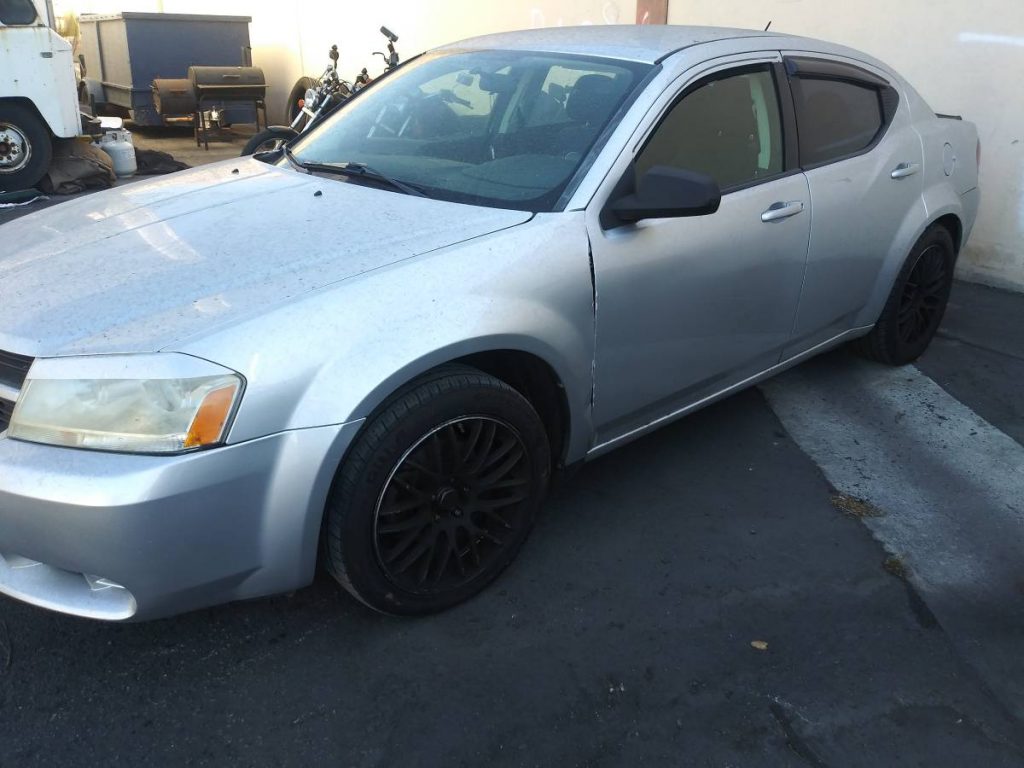 Now, as I write this, our rescue dog Ripley is sleeping peacefully next to me on the sofa. She was found in a Las Vegas shelter in terrible health, needing surgery, and was taken in by a rescue shelter, from whom we adopted her. She’s about nine years old, and has had puppies, probably multiple litters. We have nursed her back to health, and most of the time she’s just fine, but every once in a while some bit of bad behavior or lingering health problem pops up, and we have to fumble around and guess at what might be the cause. See where I’m going with this? 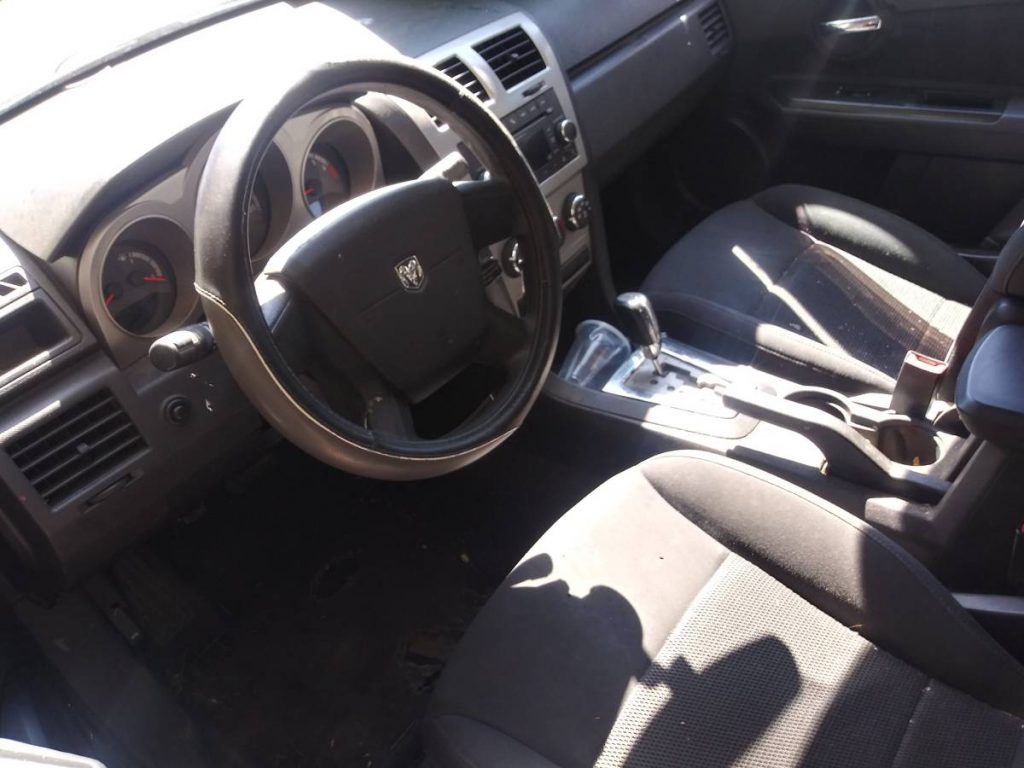 All we have to go on are a few photos and a wall of text with not much description of the car’s condition. You can run a Carfax report, of course, but that won’t tell you if the oil was only changed every 14,000 miles or if it was street-parked and broken into repeatedly. The paint doesn’t look quite right; it has a vaguely spray-can look to it in places, which speaks of badly-repaired damage. The registration being three years out of date isn’t encouraging either. 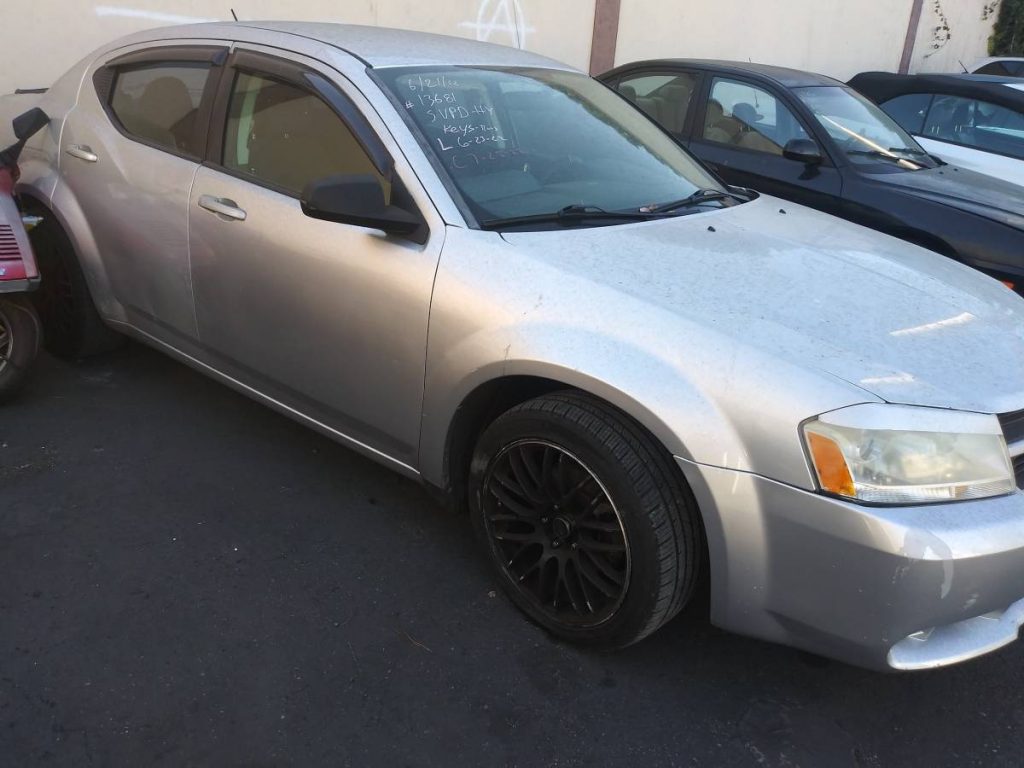 Now, the good news is that $1500 is likely very flexible, especially since the tow company has nothing invested in this car except a little fuel for a tow truck and a parking space. You can probably get it for quite a lot less, if you walk in and wave cash in their faces.

How did these cars get from the Dodge dealerships to these unlikely circumstances? There’s no way of knowing. All we can do is judge them on their current condition and location. One looks like a good deal, as long as the paperwork checks out, and the other is scruffy and forlorn, but you might be able to get it for a song. Which will it be?