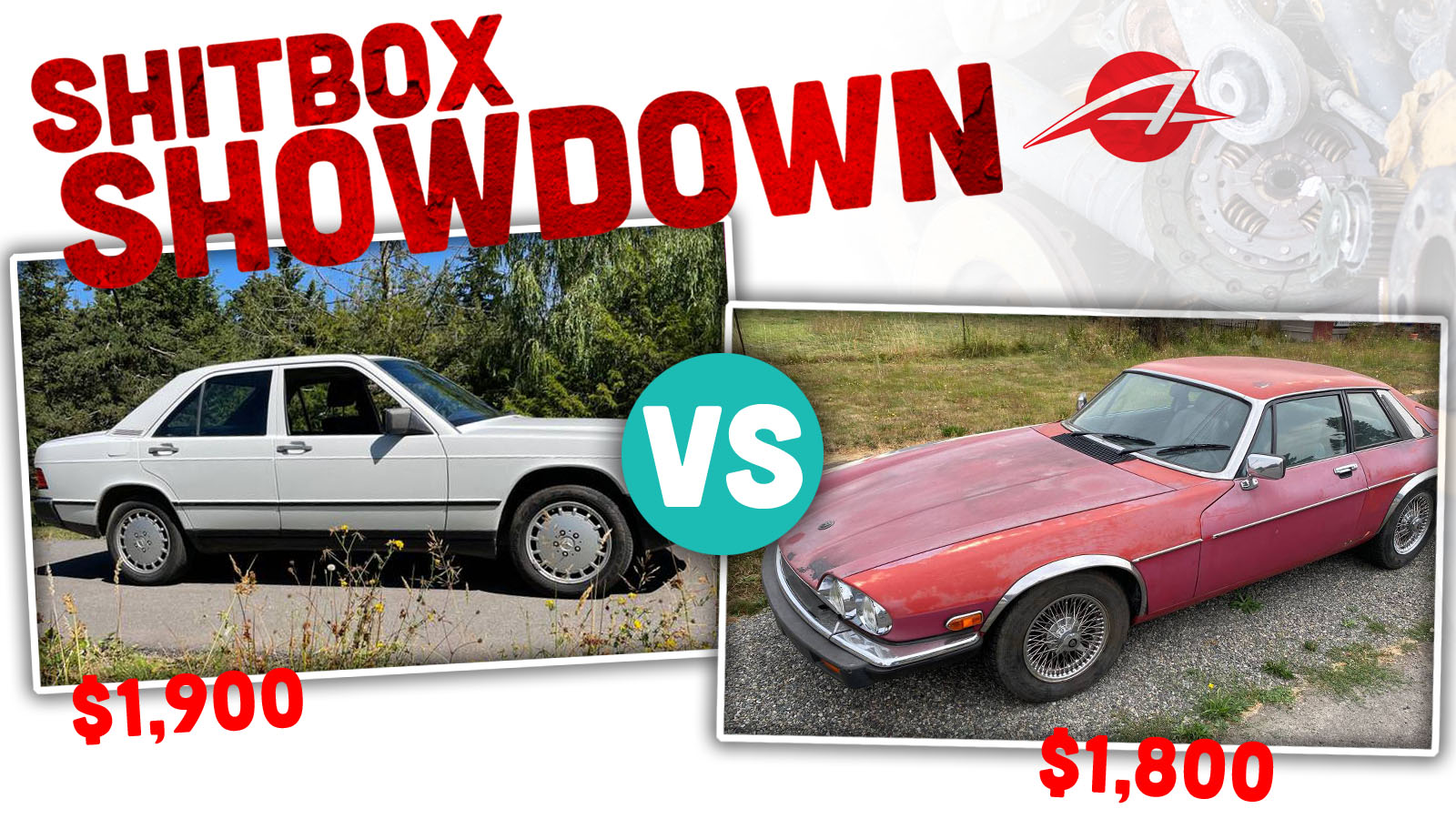 Welcome to another Shitbox Showdown! Today was supposed to be another pair of sub-$1000 fixer-uppers, but after my own $500 daily beater shat the bed yesterday morning (the battery was toast, and I suspect the alternator may be on its way out), I just don’t feel like writing about non-running vehicles. So I found the two coolest runners I could on short notice.

But first, let’s finish up with yesterday’s projects:

Looks like the VW’s potential gremlins scared most folks off. Really, the older ones aren’t that bad to work on. But I agree that the Mazda would be the better car to drive once it’s fixed.

Today, we have two cheap European cars, and we all know there’s nothing more expensive than those. But in this case, both of them run, and could be driven home, so at least you’re starting from a workable baseline. They’re very different cars – one has three times as many cylinders as the other – but they share a common reputation for costly repair bills, and they’re close in age, mileage, and price, so they seem like a good matchup to me. Let’s take a look. 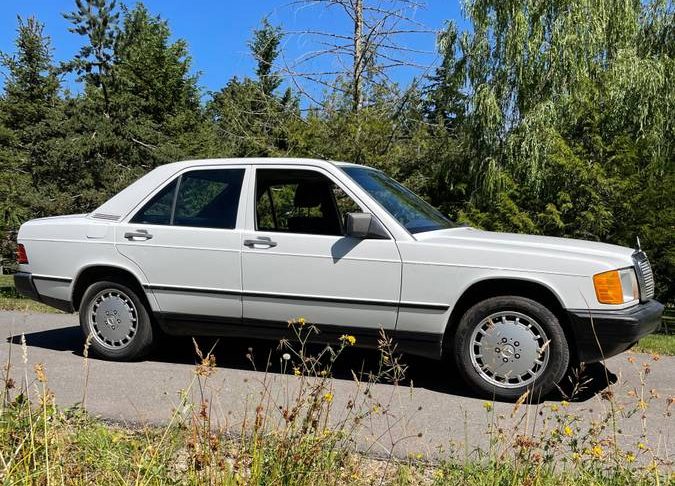 Runs/drives? Yes, but needs some cobwebs cleared out

The “Baby Benz” has been a fixture of the cheap car market for many years now. Depreciation on luxury cars is brutal anyway, and it seems to hit entry-level luxury vehicles especially hard. The trouble is that while the price of entry for a second- or third-hand 190E may be low, maintenance and repair costs don’t depreciate, and when those second or third owners can’t afford to fix things properly, they sometimes get creative. This makes for some really ratty cars, and drives the values down even further. 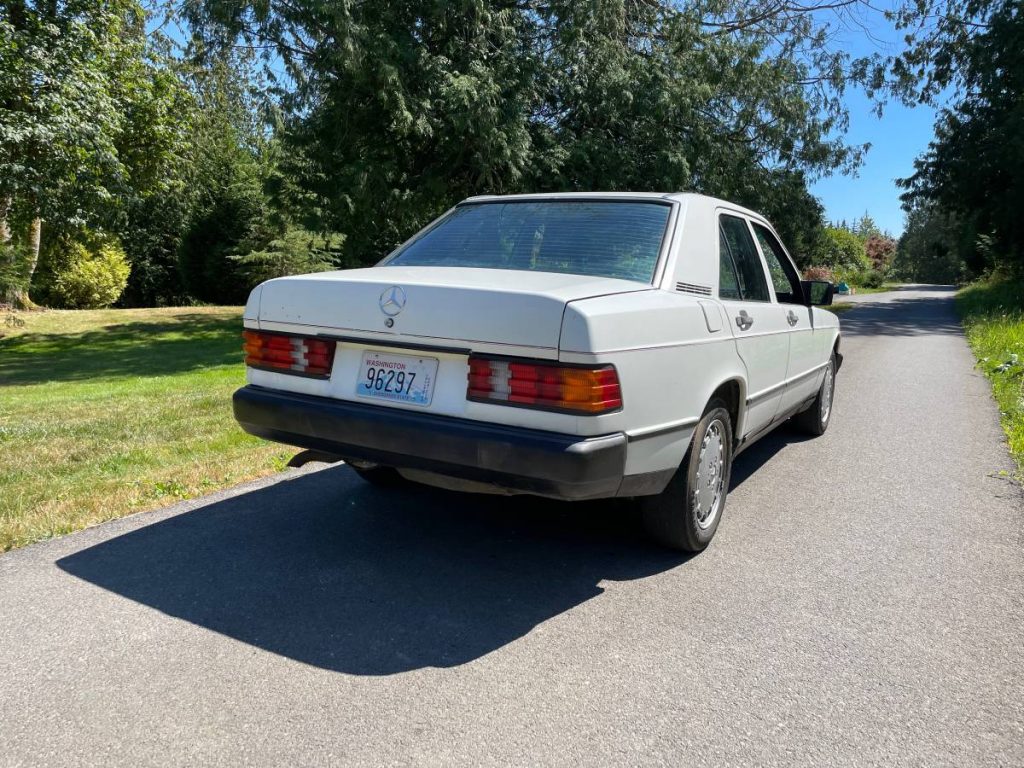 But sometimes, that appallingly low value can work in your favor, if you find The Right One. And this little white Mercedes may very well be The Right One. Not only is it in apparently good cosmetic shape, but it has a feature very few 190Es in the US have: a clutch pedal. 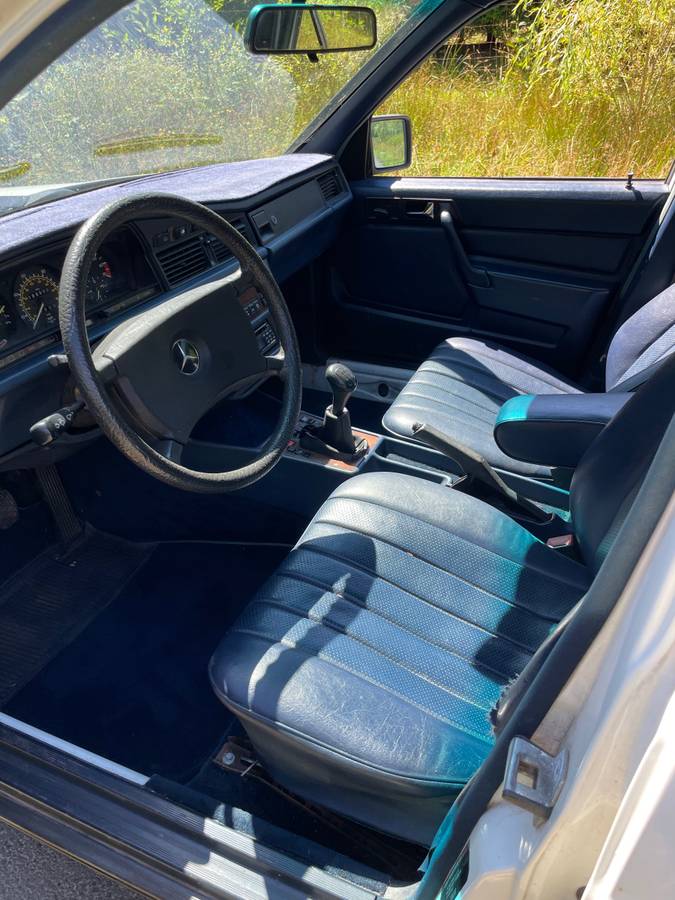 Manual-equipped Mercedes sedans are common in Europe, but very few American buyers checked that option box. I’ve only seen a handful of manual 190Es over the years, and only two of the larger 300E with a stick. Diesel-engined Mercedes with manuals are somewhat more common, but they’re still the minority. It doesn’t magically turn this thing into a sports car, but it does make it more engaging to drive, and probably more reliable as well. 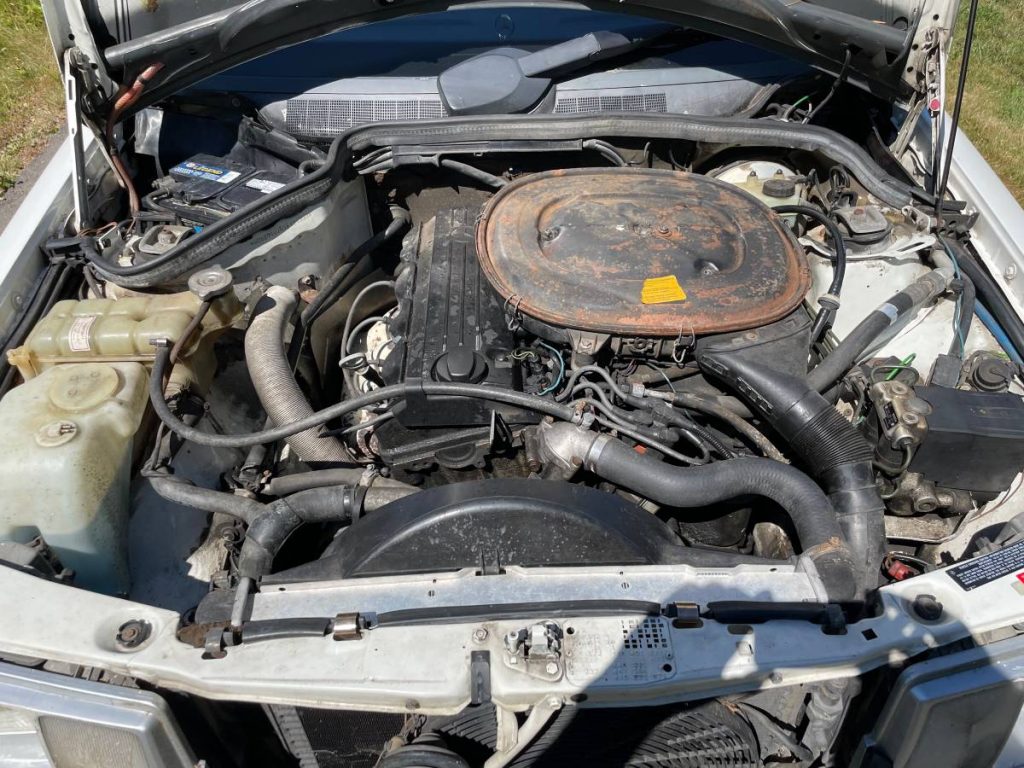 The seller says this car runs and drives. but has been driven fewer than 100 miles in the past five years, so it could use some exercise, and probably a little fettling before being put back into regular service. But the overall condition, and Mercedes’s reputation for durability and longevity – at least back when this one was built – make it worth fixing a few little things. Taking it to car gatherings and seeing the surprise and delight of fellow gearheads when they look inside would be icing on the cake. 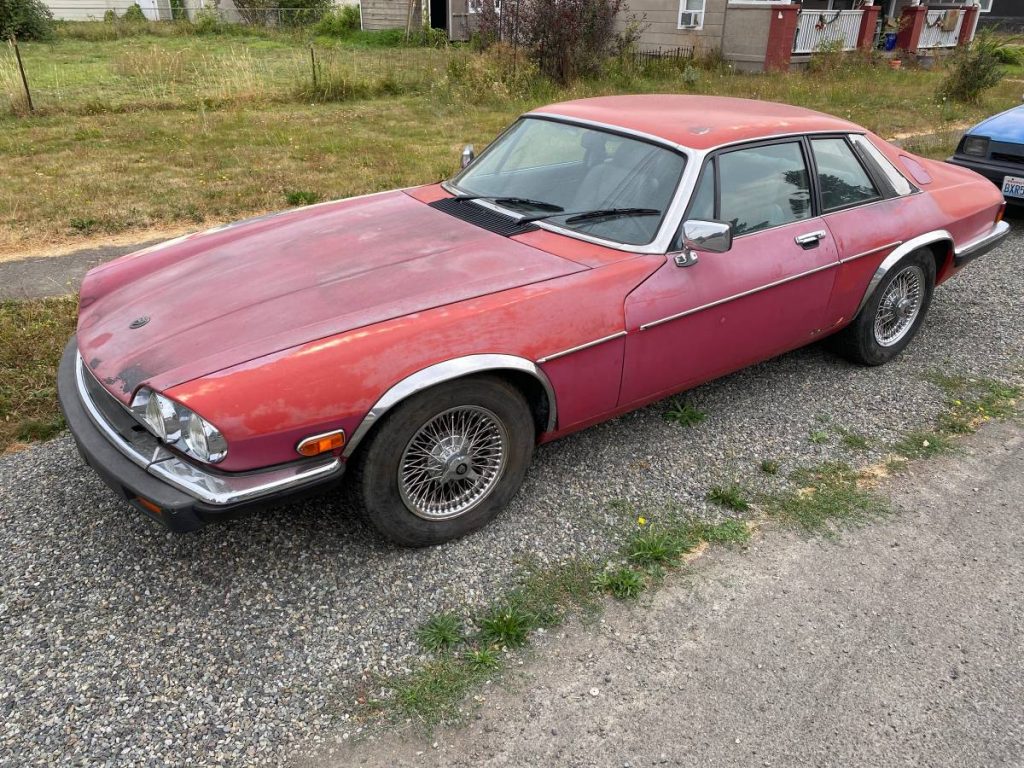 Runs/drives? It does indeed

The Jaguar XJS has never gotten the respect it deserves. It lived in the shadow of its predecessor, the E-Type, for its entire model run. To make matters worse, that model run began right at the dawn of the so-called “malaise era,” which slapped imported cars with the same oppressive regulations as domestics, resulting in gigantic added-on bumpers and power-sapping emissions controls. Bigger, heavier, and less sporty to begin with, the poor XJS had an uphill battle to fight in the US market. 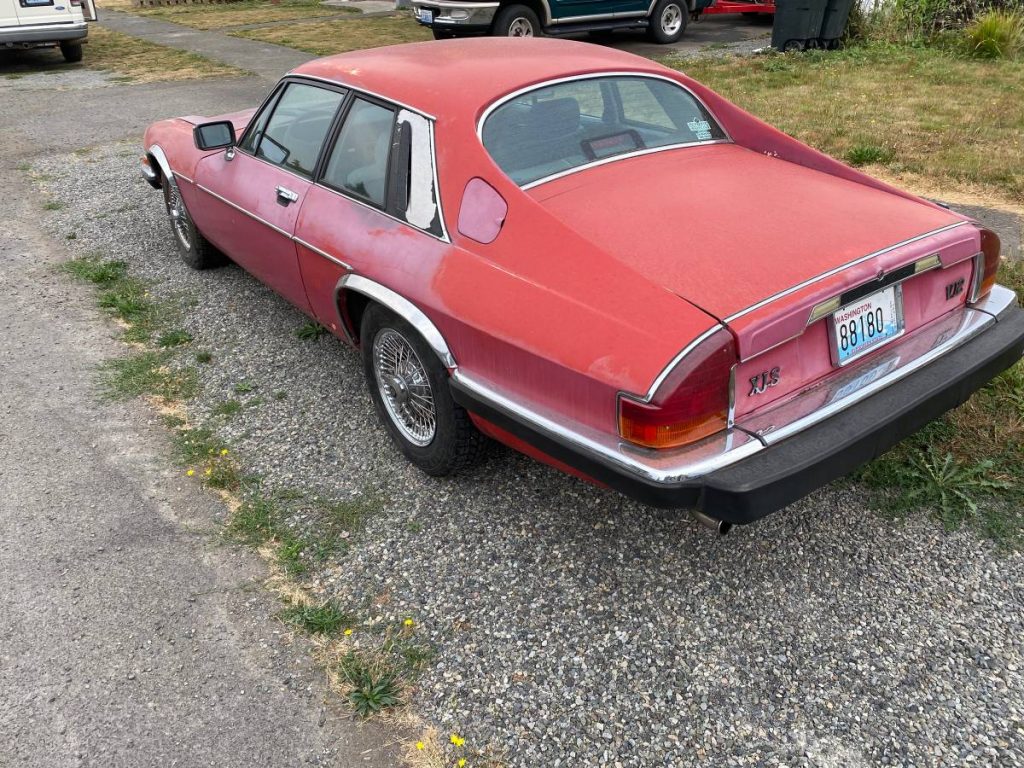 Jaguar’s build quality and reliability was somewhat lacking during this time as well. Combine that with the typical luxury-car depreciation and high repair bills, and the result is a lot of cheap broken XJSs for sale. But cheap drivable XJSs? Those are harder to come by. 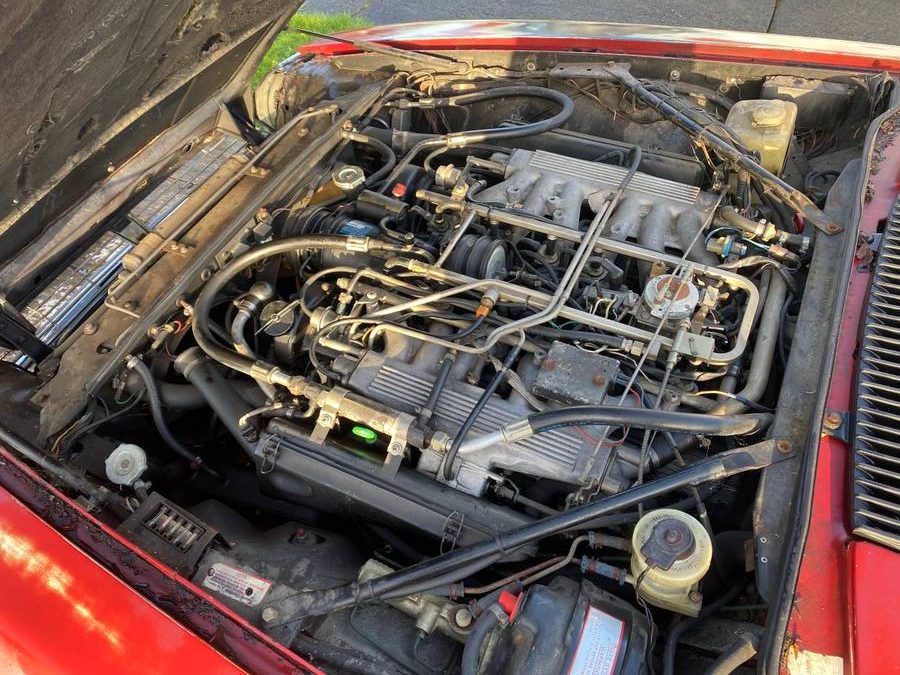 Jaguar’s 5.3 liter V12 was one of only two engines found under the bonnets of their cars in this era, the other being various sizes of the legendary XK inline six. Earlier versions of the V12 used four side-draft carburetors, but on this “HE” (High Efficiency) version, the big engine’s fuel needs are met by an electronic fuel injection system, with spark provided by a Lucas electronic ignition system. The seller says it “starts right up” and “you can drive it home,” which is more than I can say for any other sub-$2000 XJS I’ve seen for sale recently. 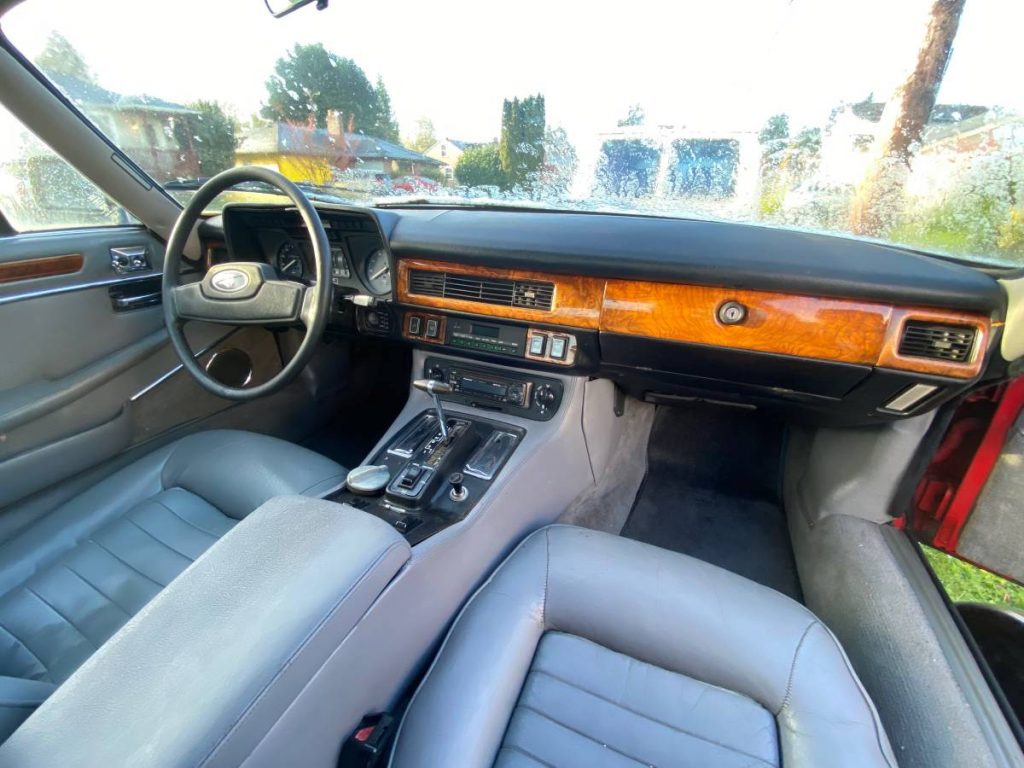 The body and paint, clearly, won’t win any prizes, but look at this interior! This leather, wood, and chrome environment looks absolutely delightful, even if it’s not perfect. A running V12 Jag with an interior like this is a mighty tempting package for under two grand, even if you know going in that it will break your heart and beat the shit out of your wallet. It feels blasphemous to consider attempting the $50 Rust-Oleum paint job on a Jaguar, but if ever there was a candidate for it, this may be it.

So that’s what I’ve found for you to consider today: a compact German luxury/sports sedan, and a British coupe that puts the “grand” in grand tourer. Which one will it be?

Pacific Northwest-based self-taught DIYer of all the things. Current fleet: 1971 MGB GT, 1989 Chevy K1500, 2013 Chrysler 300C, 2003 Infiniti QX4, and 1966 Aristocrat Land Commander trailer. Not to mention about 40 RC cars and around 100 model kits...
Read All My Posts »
PrevPreviousDie Cuts To Die For: Cold Start
NextAustralia Is Like If England Had A Texas – The Autopian PodcastNext