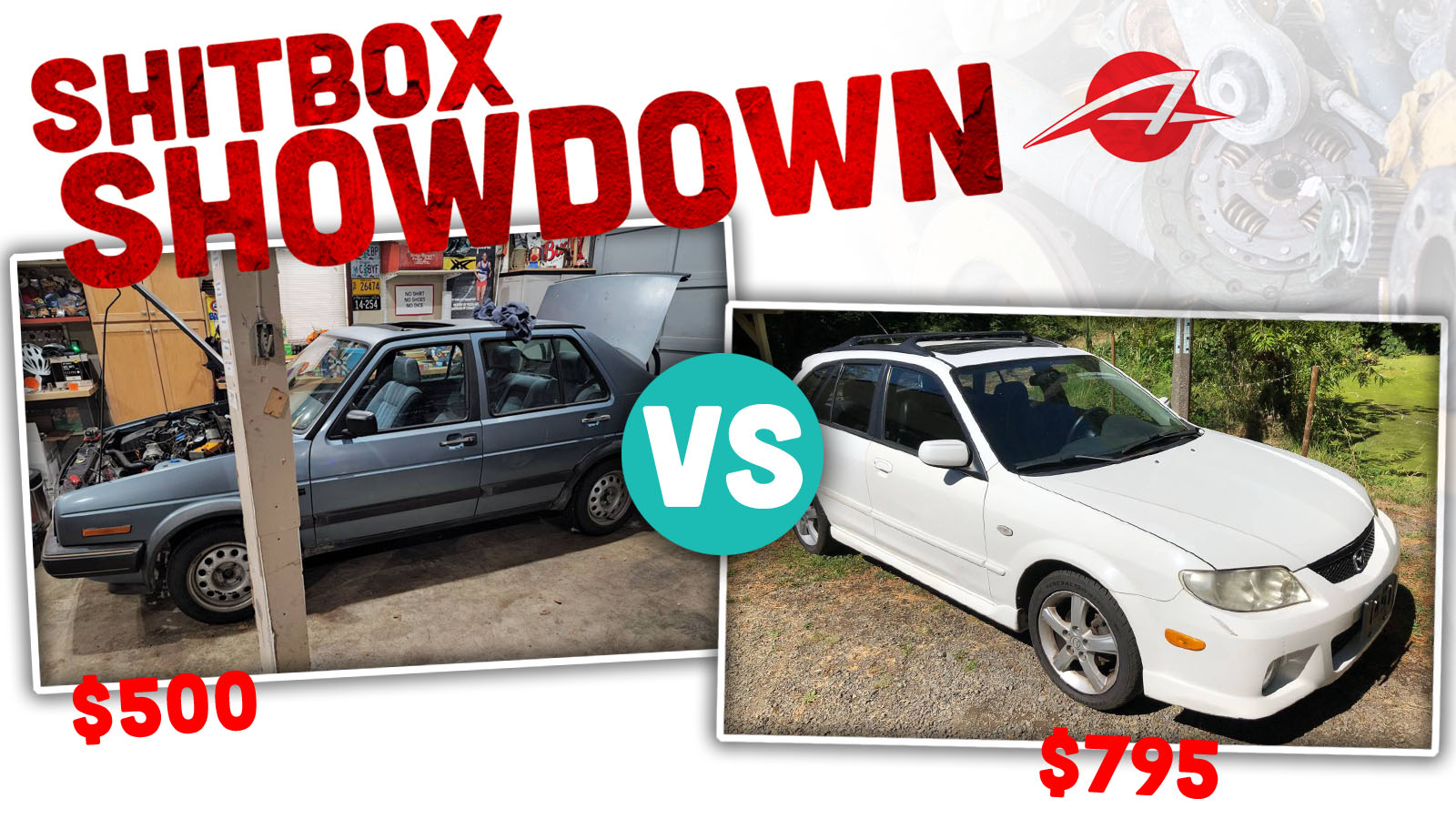 Good morning! Today we’re continuing with our sub-$1000 week, and I’m sorry to say that neither of today’s cars runs. But neither of them is wrecked, or rusty, or is full of trash, or has a family of raccoons living in the trunk, so maybe – just maybe – they’re worth fixing up.

Yesterday’s Cavaliers stirred up some opinions, that’s for sure. Let’s see how the voting went down:

Almost an even split, which goes along with what I saw in the comments. Lots of write-in votes for “both” or “neither” as well. I didn’t expect a pair of old GM compacts to be so polarizing, but there it is.

Now, today, I won’t subject you to any General Motors foolishness, or cars that have been sitting for years, or any of that nonsense. Both of these cars are just plain ol’ fashioned broken, and recently so. If you can twirl a wrench with any degree of prowess, and have the parts, you can probably get either one of them going again in a weekend or two. But would you want to? Let’s find out. 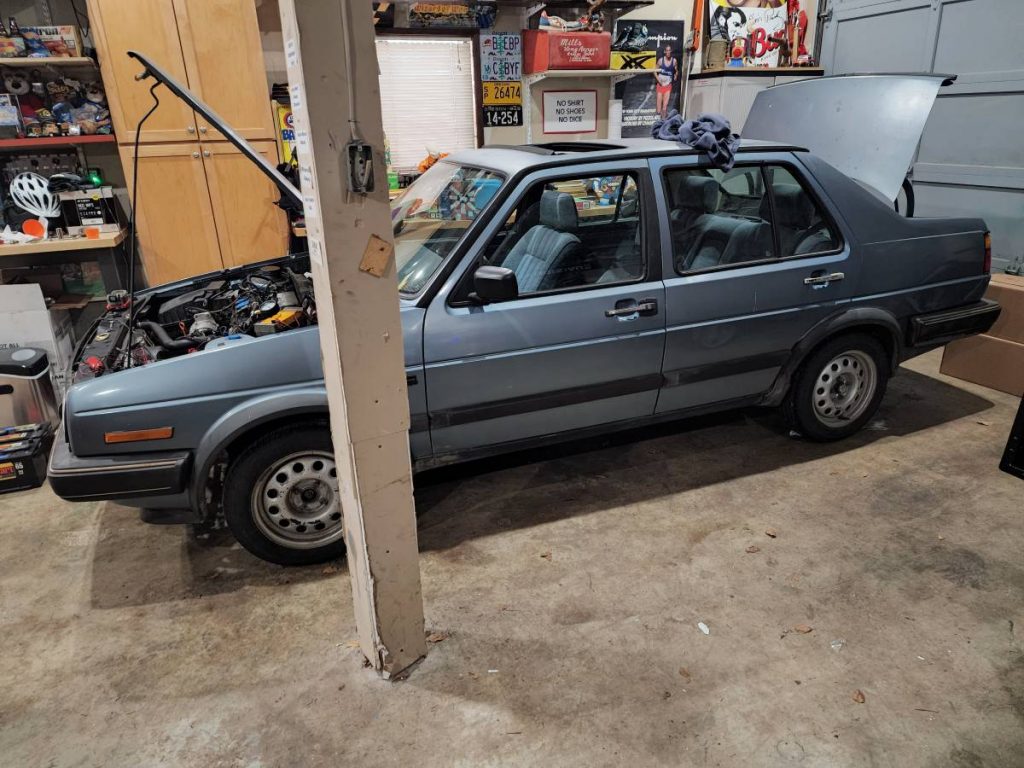 VW’s Jetta sedan really came into its own in its second generation, introduced to the US in 1985. A little bigger, a little fancier, this is the car that set the stage for the sales success of the third and fourth generation Jettas. In the US, Volkswagen sold twice as many Jettas as Golfs; American drivers never really embraced the hatchback the way European drivers did, at least until recently. 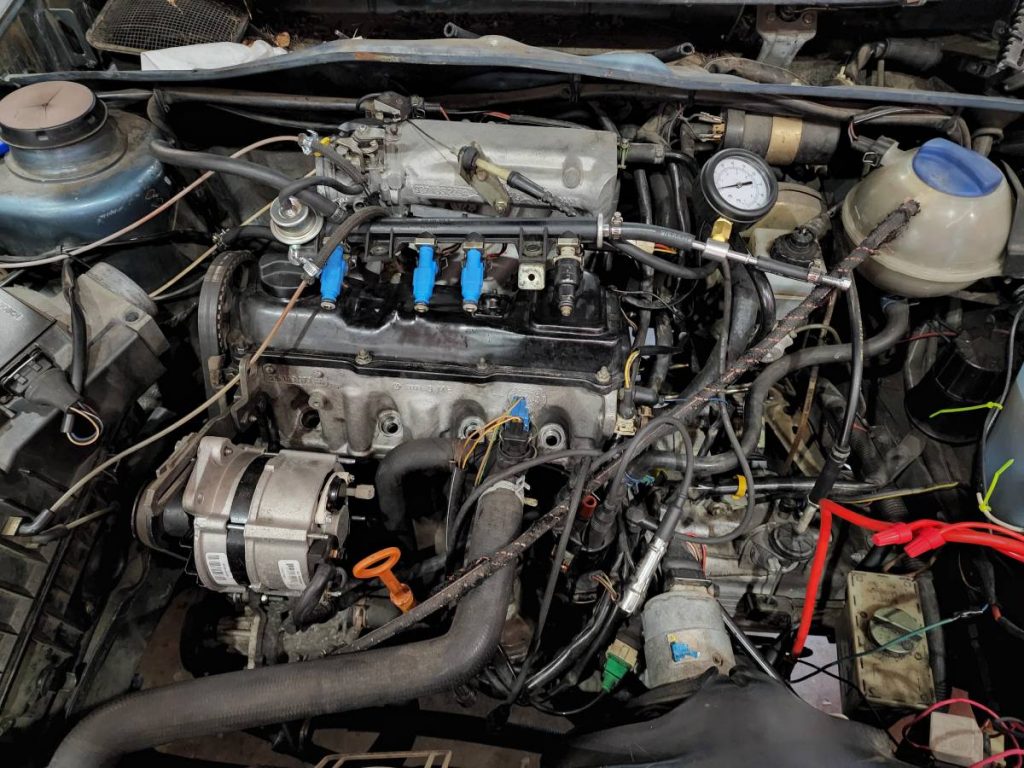 This Jetta is a gasoline-powered model, with a single-overhead-cam engine displacing 1.8 liters. It’s backed by a five-speed manual. This 1990 model is equipped with VW’s Digifant engine control system, which combines electronic fuel injection with digital ignition control. And therein lies the problem with this particular Jetta: the fuel injection system is on the fritz. The seller believes it to be electronic in nature, either a failed computer or a grounding issue. The engine is healthy otherwise, making good compression, so throwing a little time and money into the fuel system would seem to make sense. 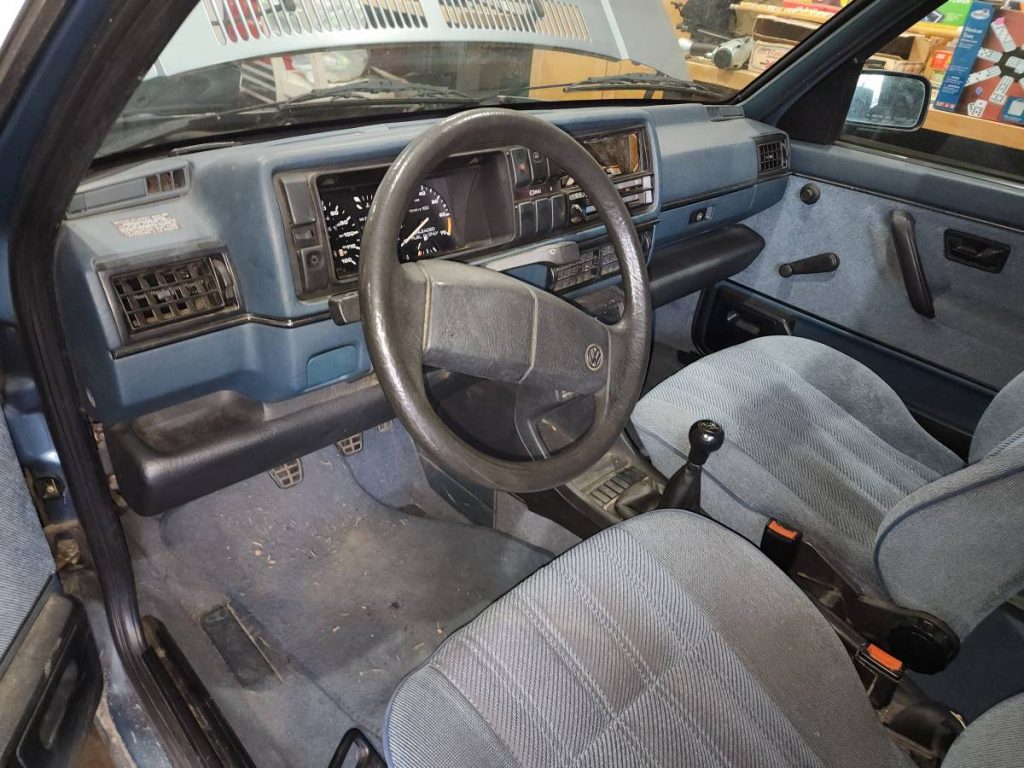 The rest of the car looks pretty good: the interior is intact but a little grubby, and for the most part the exterior is fine. The seller notes that the title is branded, due to a little wrinkle in the left rear door sill/dogleg area, and it looks like the door has been replaced. It doesn’t take much for an insurance company to total out a cheap old car, but it’s not like you’re going to ever want to carry full coverage on a $500 car anyway. It looks like the door opens and closes all right, so who cares about a little sheetmetal damage? 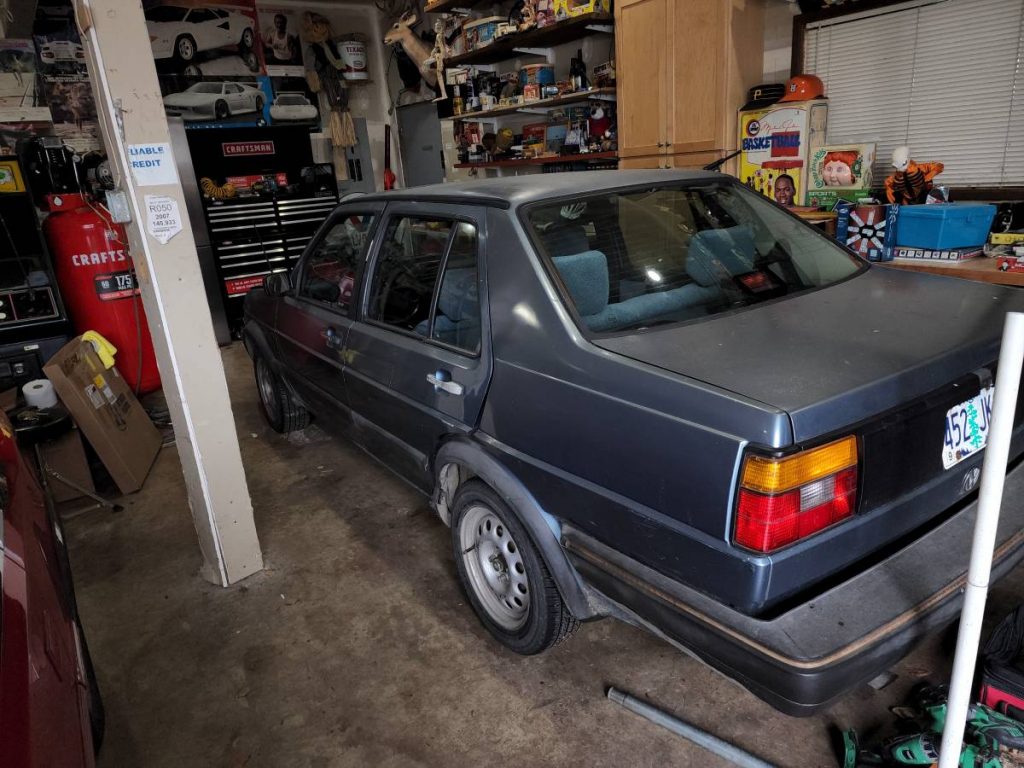 For the sake of argument, I looked up the price and availability of the engine control computer: my old standby RockAuto has them in stock from a few different suppliers for around $350. If that is indeed the issue, that gives you a decent little runabout that’s more fun to drive than a Corolla or Hyundai Accent for about $850. And it’s a nice shade of blue, too. 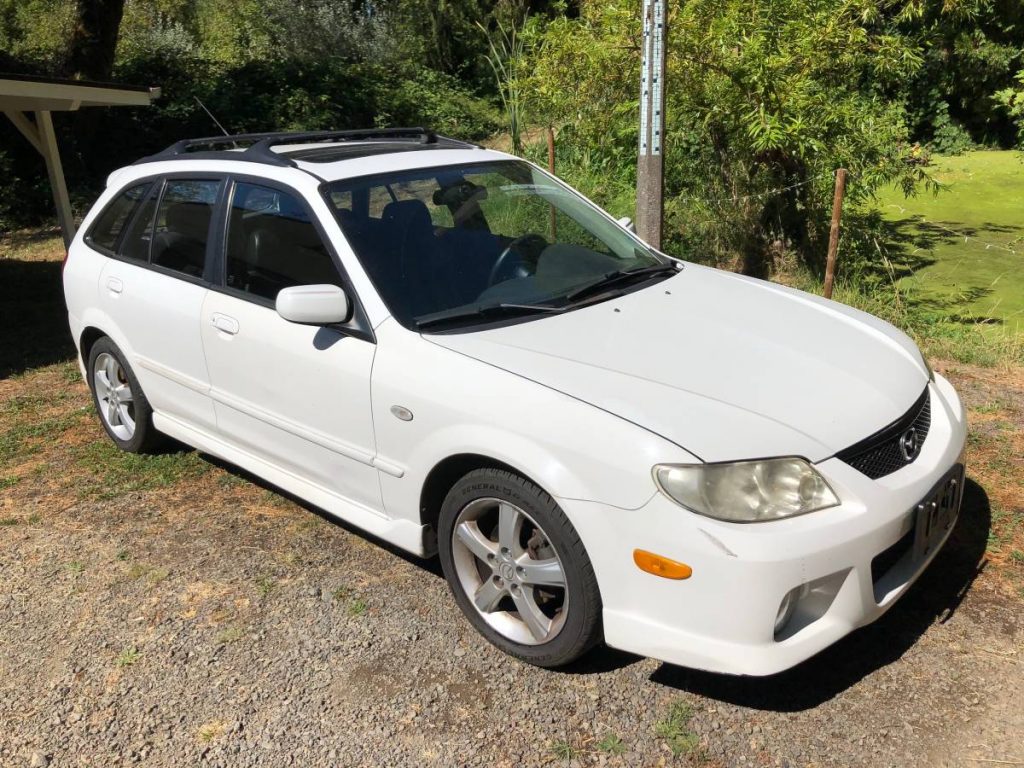 Mazda’s Protegé follows the VW Jetta rulebook fairly closely: a small, light sedan with a nice tight chassis and a good torquey little engine. The Protegé was separated from Mazda’s 323 hatchback in 1990, much the same as the Jetta came from VW’s Golf. And like the VW, the Protegé was praised for its handling, particluarly this third-generation, on Mazda’s BJ platform. I bought a Protegé new in 2002, and drove it all over the country; I can vouch for its twisty-road and cloverleaf on-ramp prowess. 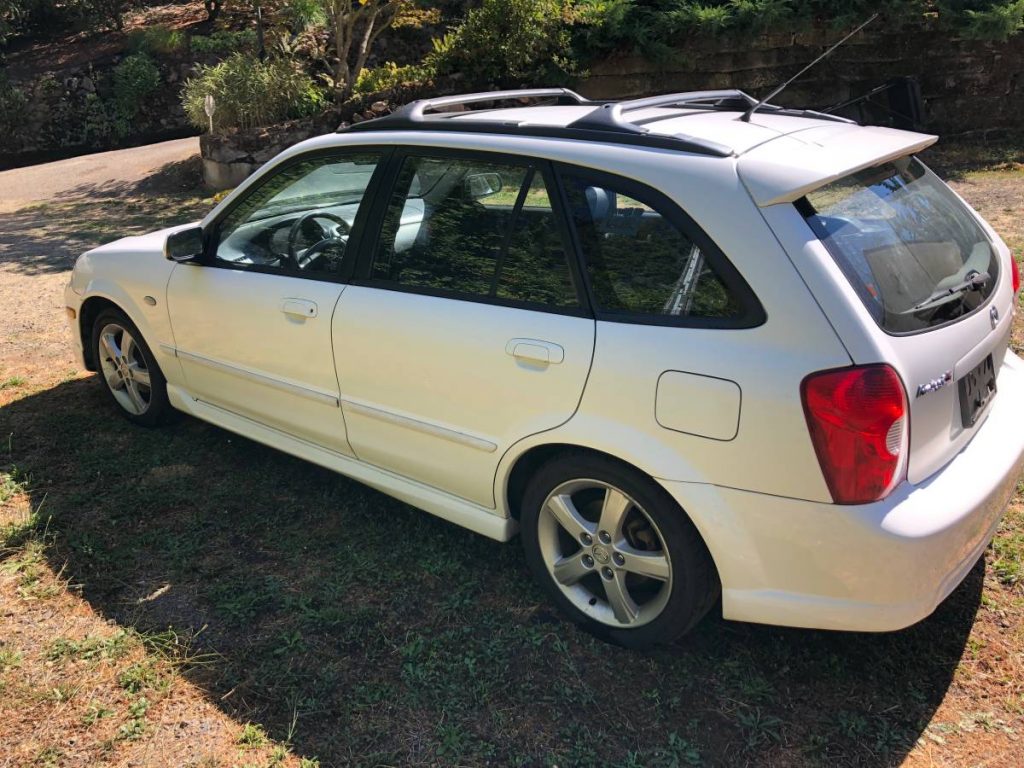 This is the Protegé 5, a five-door hatchback version, which would appear to count as a wagon based on Jason’s new rules, so we’ll just go with that. The P5 (as it was referred to among Mazda fans) was available in only one trim level, roughly equivalent to the Protegé ES sedan, with disc brakes at all four corners and some fancier interior trim pieces. It’s powered by a 2 liter version of Mazda’s FS series twin-cam four, shared with the lower trim levels of the Mazda 626, as well as the earlier MX-6 and Ford Probe. This car also features a five-speed manual, and the shifter in these is great. A little long in throw, but with really good feel. 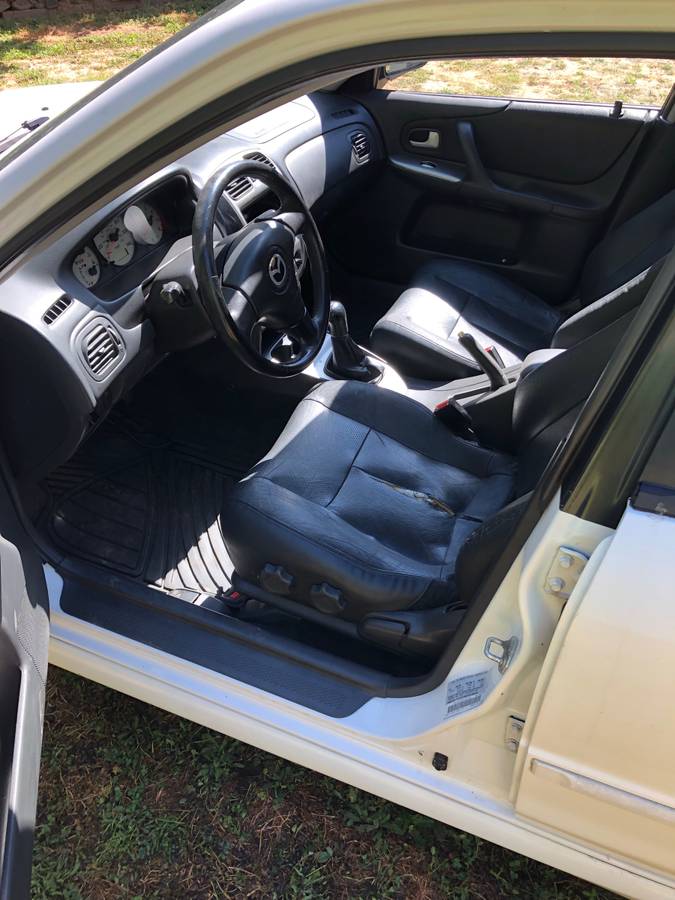 But – and it wouldn’t be a Shitbox Showdown car without a but – the timing belt replacement interval on the FS engine is 80,000 miles. Exceed that number at your own peril, as this seller found out. Just after having new brakes and tires installed all around, this car’s timing belt broke, and bent a valve. It looks like a replacement head, along with gaskets and studs and everything else (and a new timing belt, natch), will run you about $600 in parts. The seller was quoted $1800 for repair, so if you can do it yourself, you’ll save a chunk of change. 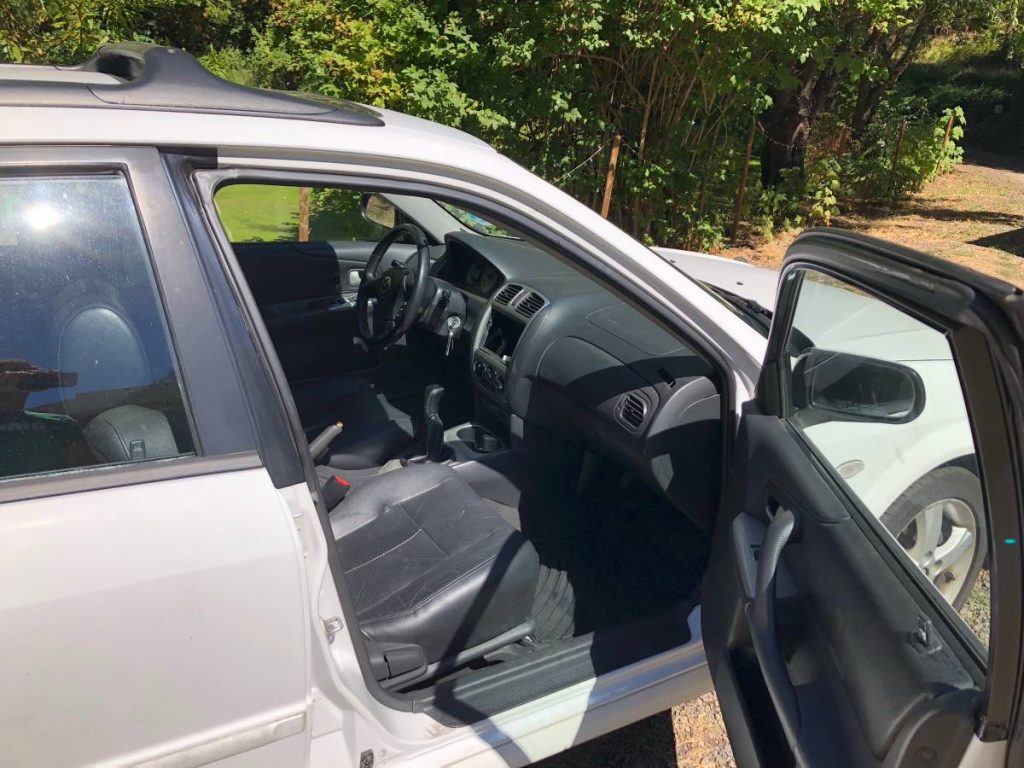 The new brakes and tires, along with good general condition and a complete lack of rust, make a good case for fixing this car. When you’re done, you’ll have a fun, zippy, practical little wagon, and who doesn’t like that?

Neither of these cars makes sense if you can’t or won’t do the work yourself. But for those of us who are willing to rip stuff apart and replace things ourselves, either one would make a decent cheap fixer-upper, which you could then either enjoy or flip. Cars like this make me wish I had a bigger garage and more time; even if I could only break even fixing them and flipping them, I’d enjoy the process. Oh well, retirement goals, right?

Pacific Northwest-based self-taught DIYer of all the things. Current fleet: 1971 MGB GT, 1989 Chevy K1500, 2013 Chrysler 300C, 2003 Infiniti QX4, and 1966 Aristocrat Land Commander trailer. Not to mention about 40 RC cars and around 100 model kits...
Read All My Posts »
PrevPreviousMercedes And Hyundai Will Continue To Develop Combustion Engines
NextThe ‘Quantum Leap’ Reboot Has The Worst Fake Manual Shifter Ever Seen On TVNext