Canadian GMs Sure Know How To Flex: Cold Start 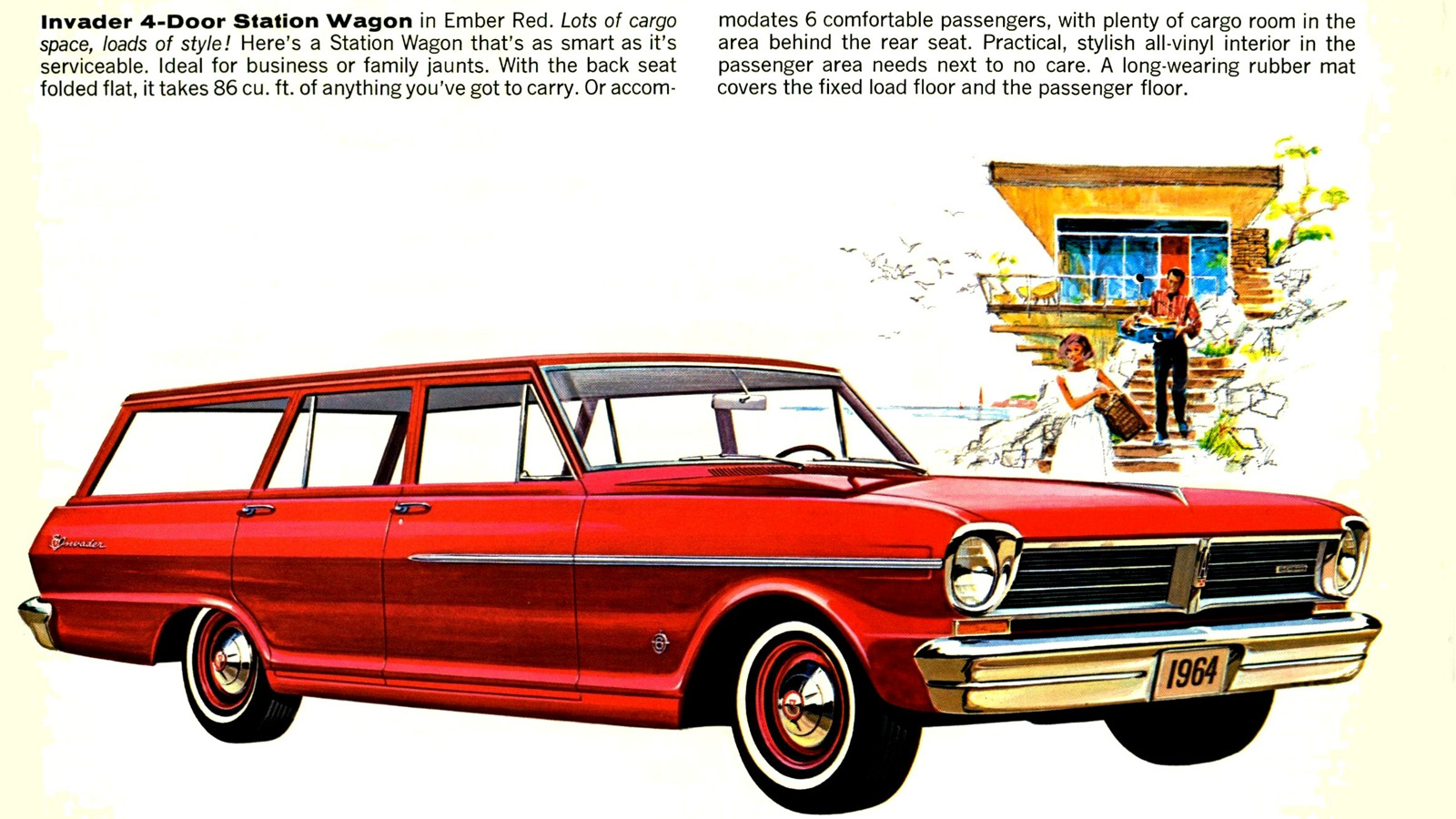 Thanks to the strange arcana that was the collective mind of GM, it was decided that Canadian Pontiac-Buick dealers needed a compact car to sell, but somehow instead of selling a compact car under an existing brand name, GM decided that there should be a whole new brand, called Acadian, a name presumably picked because it used letters that were already in “Canadian,” and they had plenty of those letters laying around. The brand lasted from 1962 to 1971, and the cars were based on Chevy IIs with some different trim and bodywork. What caught my attention in these old brochure pages are the incredibly mundane nature of the stuff pointed out as features, and one in particular really, you know, speaks to me.

First, I want to point out how the text in the main shot above of the Invader Wagon – Invader was the Acadian’s sinisterly-named entry-level model – notes a “long-wearing rubber mat” which should leave you understandably breathless. If you think you can handle more excitement, check this shit out: 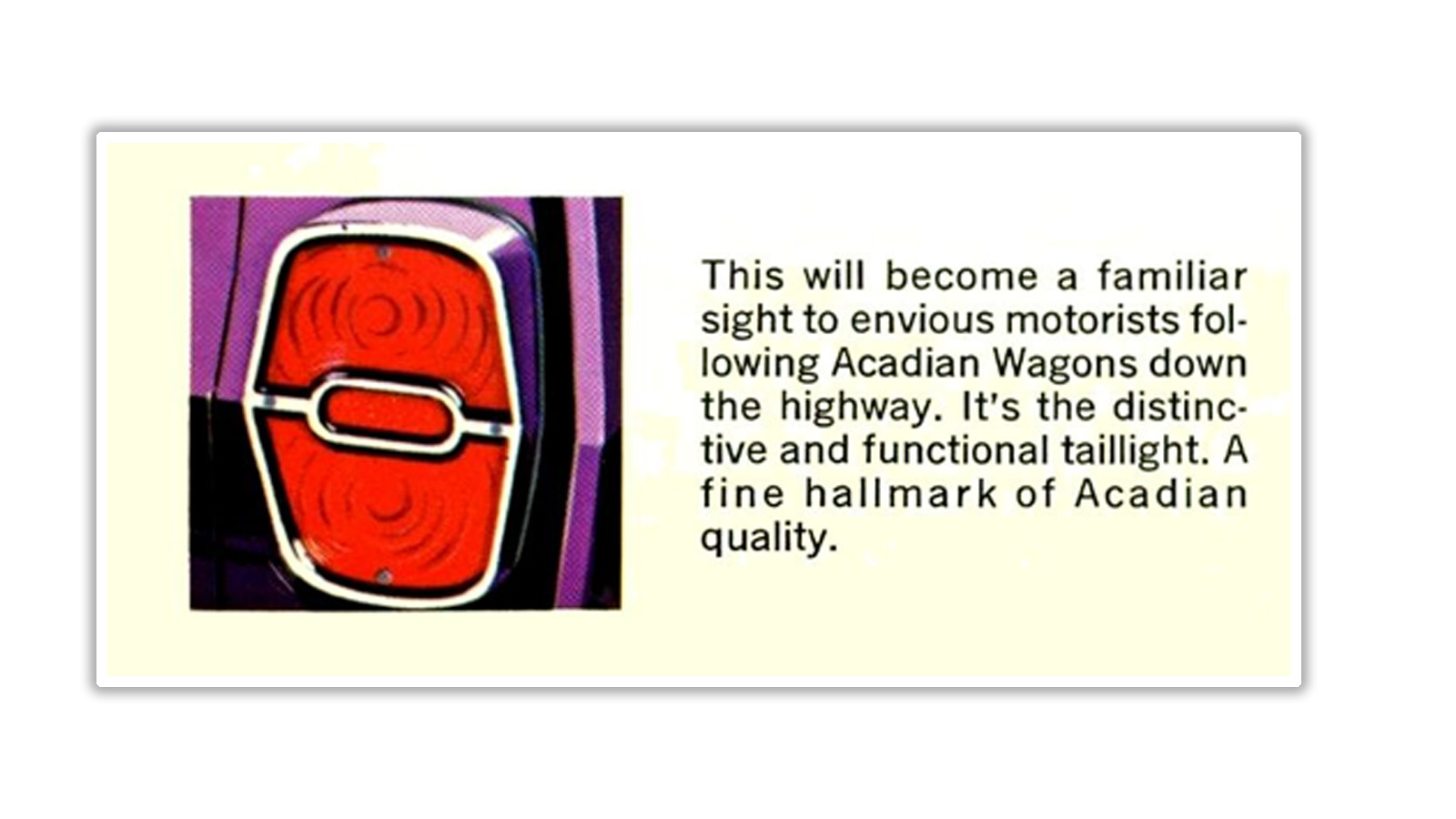 Aw hell yeah, some taillight love! Distinctive and functional? Please, Acadian copywriter, I can only get so hard! No wonder there’s all those envious drivers following you. I mean, it’s a nice enough taillight, but come on, Acadian, get a grip. There’s not even a reverse lamp! 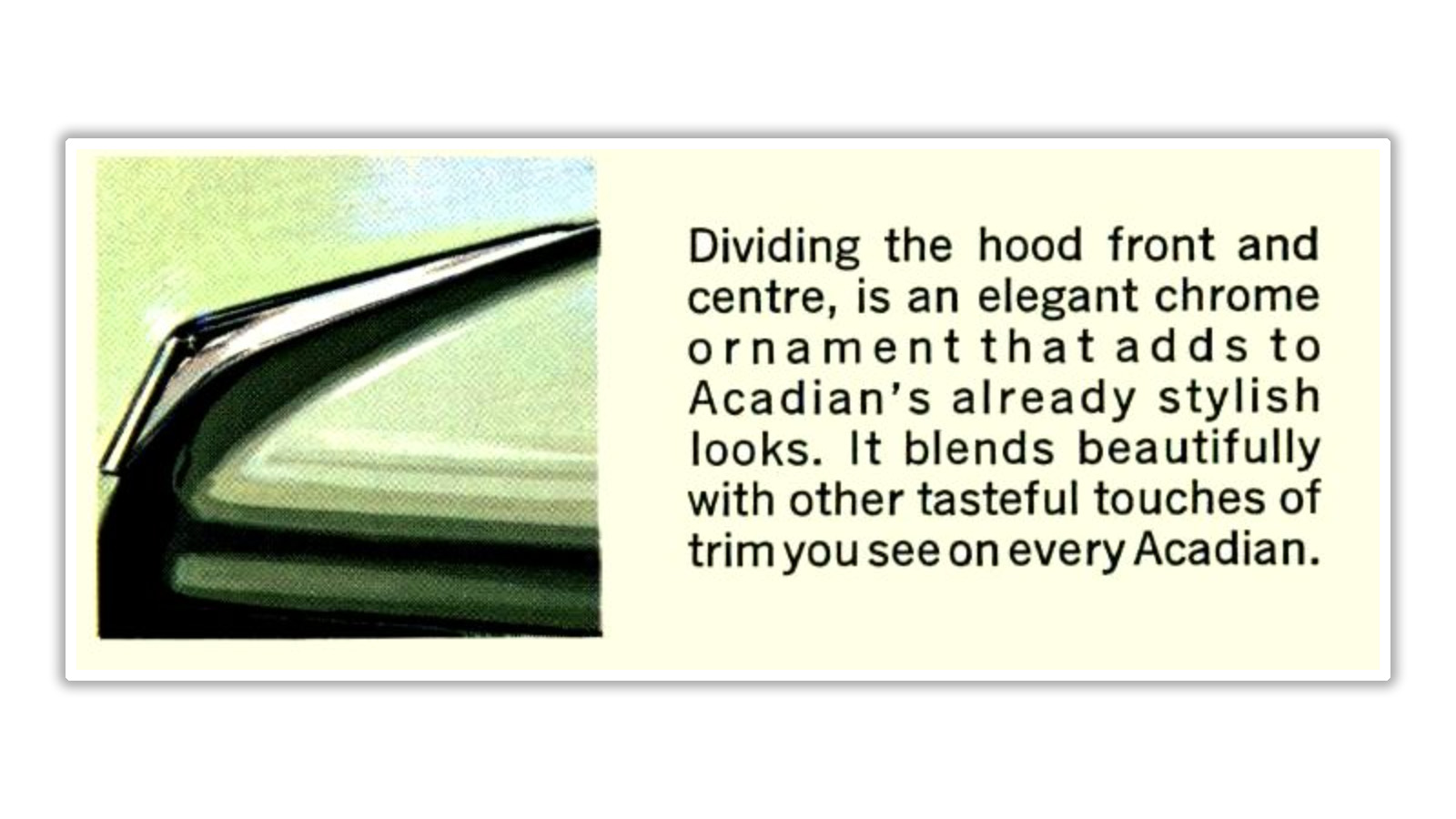 A bit of chrome trim on the hood gets its own little mention! Sorry, an “elegant chrome ornament.” Woo-hoo-hoo! And boy does it blend beautifully with all those other tasteful touches. 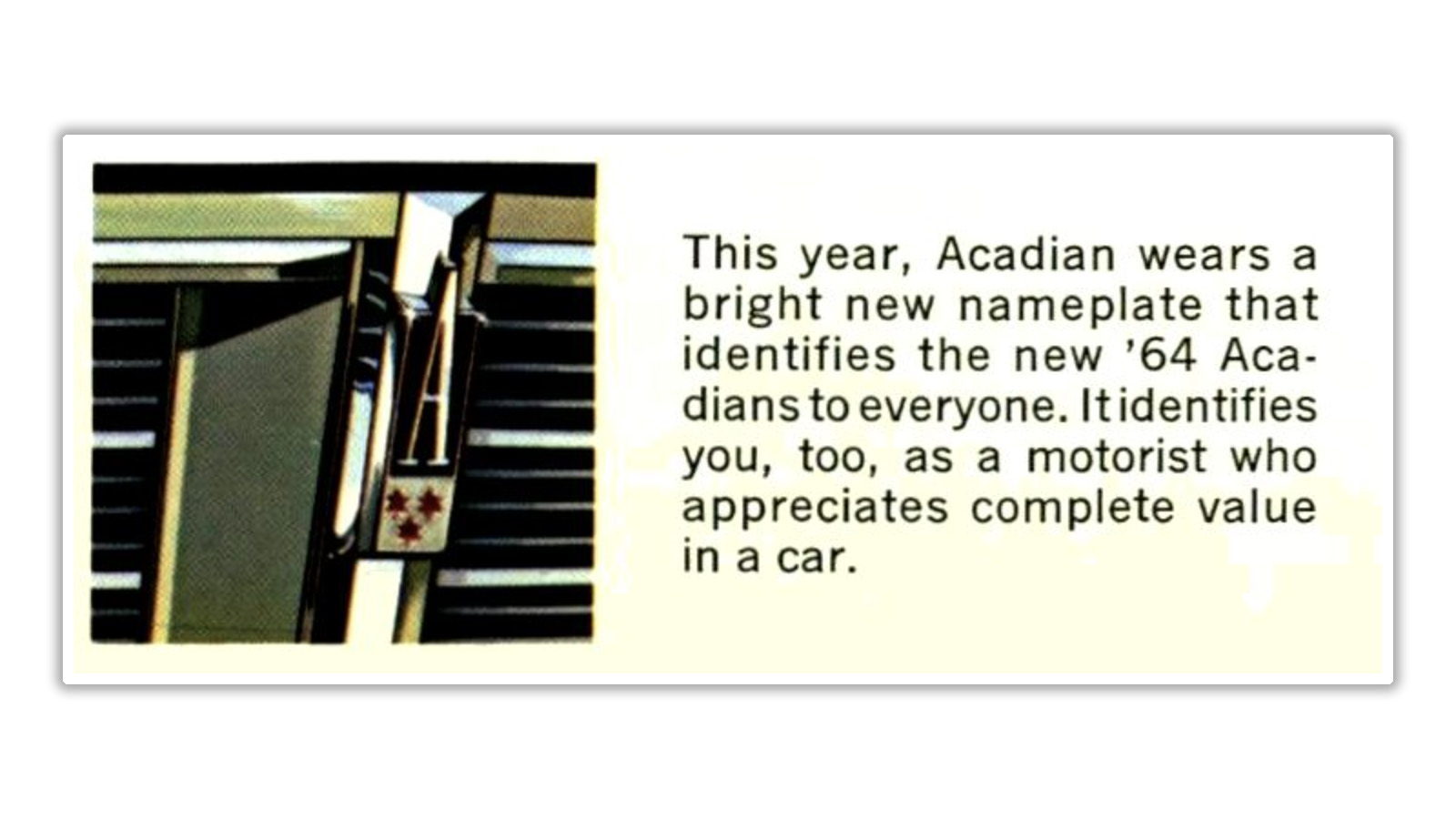 If chrome ornaments aren’t enough for you, imagine being able to be identified as a motorist who “appreciates complete value!” Seems impossible, right? Human technology can’t possibly solve this problem – or can it? Thanks to the magic of a little “A” over a square with three stars, this dream is realized.

Oh yeah, now we’re talking: push button door locks! Who is this car for, a god? Lock without a key? Safeguarded against doors just whipping open? Holy shit, what a world!

Man, Canadians used to be easy to please.

I'm a co-founder of the Autopian, the site you're on RIGHT NOW! I'm here to talk to you about taillights until you cry and beg me to stop, which I absolutely will not. Sorry. Hug? Also, David's friend.
Read All My Posts »
PrevPreviousWhen Should You Try To Swerve To Avoid A Crash?: Comment Of The Day
NextYou Have Three Months To Buy Certain Electric Cars With The Full EV Tax CreditNext